I was too tired to put together a post last night so after having a bit of tea and breakfast, I downloaded my pictures and typed something up. I took my time getting the day going. When I came back from walking the dogs, Ceci was already in the room cleaning up. I dropped off the dogs and headed to the gym to get out of the way. As always, the workout room was empty except for me. Did some cardio on the elliptical then some stretching and core stuff on the yoga mat. After that, I finished up with a little free weights. About an hour total.

When I went back to the casita, the door was locked but the dog beds were still outside and the floors had yet to be done. There was a puddle of grass filled dog puke near the door. I was just finishing wiping it up when the maid returned. I switched to swim trunks and headed over to the pool.

The pool area was packed with people in anticipation of the concert going on today. I thought things would be quiet until closer to the two o’clock start time, but the buffet was already going and all of the seats were taken up. I jumped in the pool and swam about 5 laps but felt a little conspicuous with all the people around. A couple kids wearing snorkels and fins dove into the side of the pool I was using so I took it as a sign to take a break.

I staked out a hammock on the far side of the pool, then went and loaded up a plate. Bar-b-que ribs and chicken with rice, a selection of salads and freshly baked bread. As I sat cross legged on the little row of bricks by the planter, the band began to play. It was two of the guys from the last jam session with a bass player, a violinist and a Spanish guitar player who really ripped. 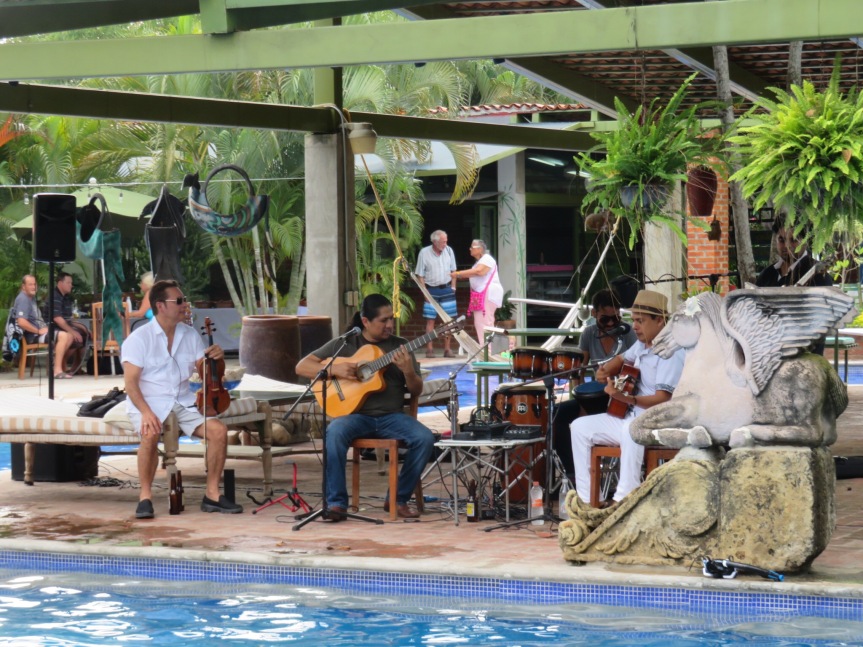 I finished my lunch then climbed into the hammock and thoroughly enjoyed the music. I was fully antisocial preferring to hide out over on the lawn rather than work at conversation over in the restaurant area. Juan, the waiter from Peru who likes to work his English on me, came by every so often to make sure I wasn’t lacking for anything. I got my five minute chair massage from the spa girls and took a few pictures and a short video.

​​
Pretty full house for Christmas Day. Lots of people swimming and some just floating on noodles in front of the stage. It was a good mix of all ages with tons of kids in the pool and seniors hanging in the shade. Lupe was front and center hosting the party and making sure everybody was having a good time. The staff was working hard. There were a number of wait staff that were brought in especially for the gig and everything ran smoothly.


During a break, I went to check on the pups. I took a quick shower since I’d been wearing the same smelly tank top that I worked out in. I went back to the concert and sat back by the rear kitchen and drank a mineral water while talking to Eduardo and paying up my tab. He’s always fun to talk to and never lacks for an interesting story. I didn’t realize how much time he had lived in California. I relaxed on my own back in the chef’s garden until the band finished playing at five, then went and set the dogs free. We took a stroll around the compound, then came inside and made phone calls.
Had a nice talk with my Dad. My older sister was there with him, so they put me on speaker and I had a chat with the whole crew, Dad, sister, Dad’s gal and I think I heard my Aunt Dawn there in the background also. They were all loading up to go over to my other sister’s house for a turkey dinner. Merry Christmas everyone! Also had a long conversation with my good friend Shannon. He keeps threatening to come visit, so we’re thinking of how we might get it to work. I got to thinking after hanging up that we’ve been friends for close to forty years. Something like 37 or 38. Wow. The years just keep rolling along. 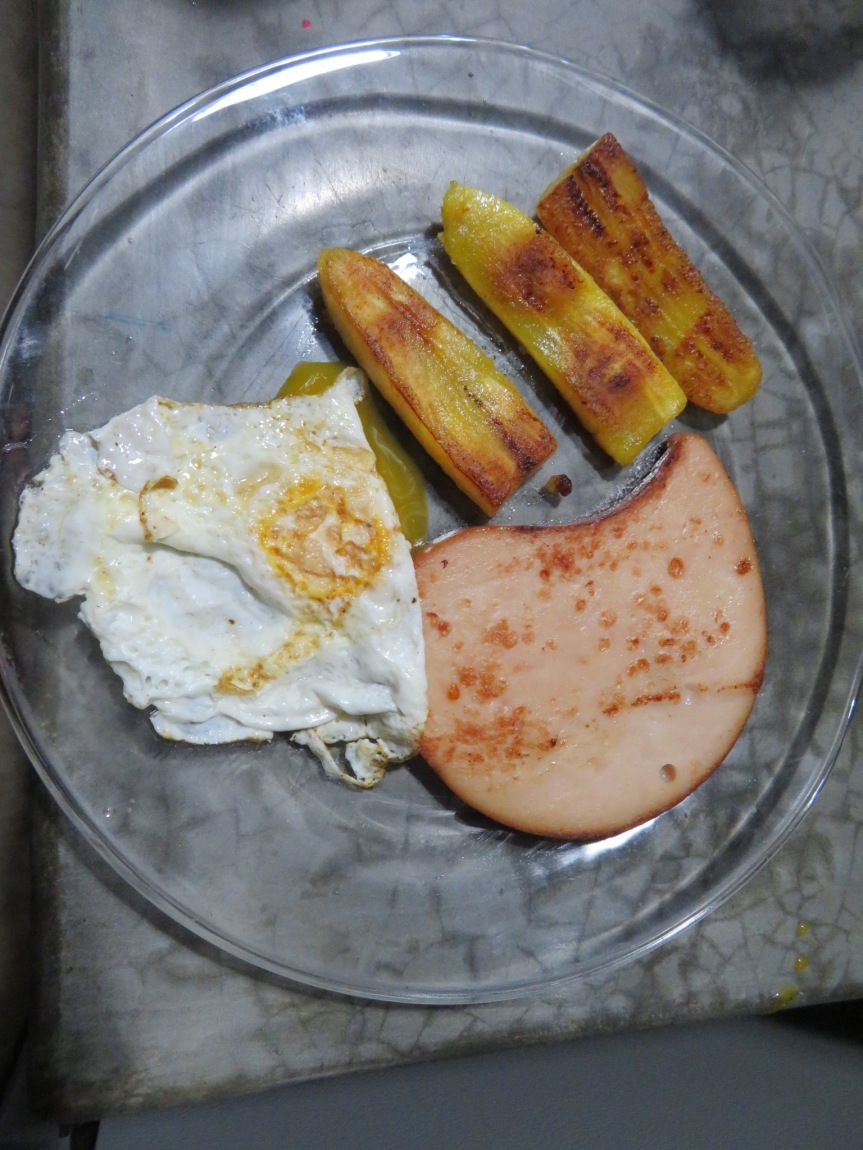 I had a couple of plantains, so I fried one up along with an egg and a chuleta. Made for nice easy dinner while watching the end of a basketball game. Had a long talk with PJ. Her cousin stopped by and had a visit. It had been a number of years since they’d connected so it was great for them to catch up. I think Pete is going to make off with the Patriots serape we got Carole for Christmas😊. Miss you all.


Nice and quiet here tonight. Dogs are sleeping peacefully and I soon will be too.

2 thoughts on “Merry Christmas from Bucerias”