The skies were still overcast from yesterday’s storm action. It must have passed further north because all of their frightening projections failed to materialize. A steady ran began in the early morning hours and fell until midday yesterday then it blew on by. It is windier today and also much colder now that the tropical moisture had moved on.

We got out of our copacetic little RV park at around 10:30 this morning and made a pit stop at the Love’s truck stop in Brunswick. Filled with propane and two dollar gas, I placed a cold Monster in the cup holder and off we went. A long stretch on I-95 then shortly after crossing the Florida border, we got on some smaller arteries to take us over to Amelia Island. Several miles of bumpy construction had Wilson bumping and banging. We pulled into a Winn Dixie and picked up some supplies for our next stay at Fort Clinch State Park. 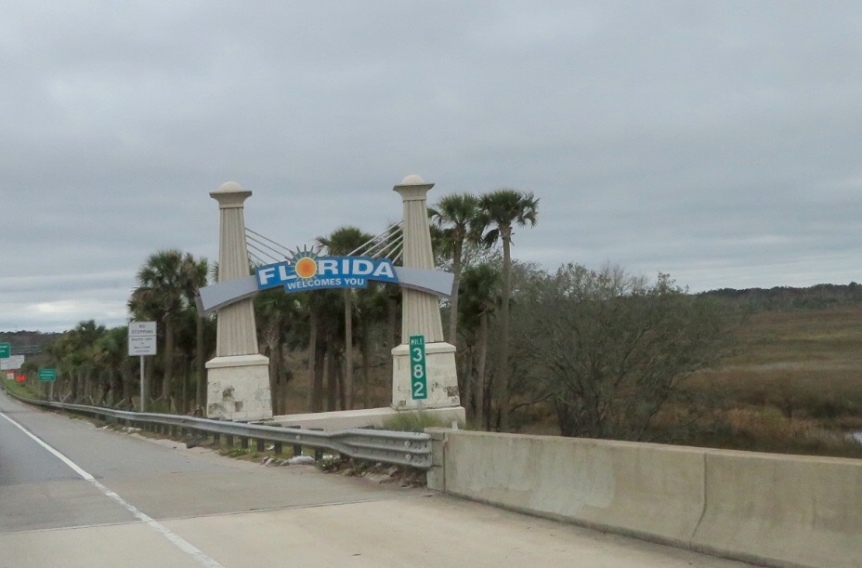 The rangers at the gatehouse were cool and sent us along to our spot, #30 over at the very end on the banks of the Amelia River. The drive in was three miles of awesome with tunnels of overhanging trees dripping with Spanish moss. We got Wilson comfortably tucked into his alcove in the trees then set off to have a look around. 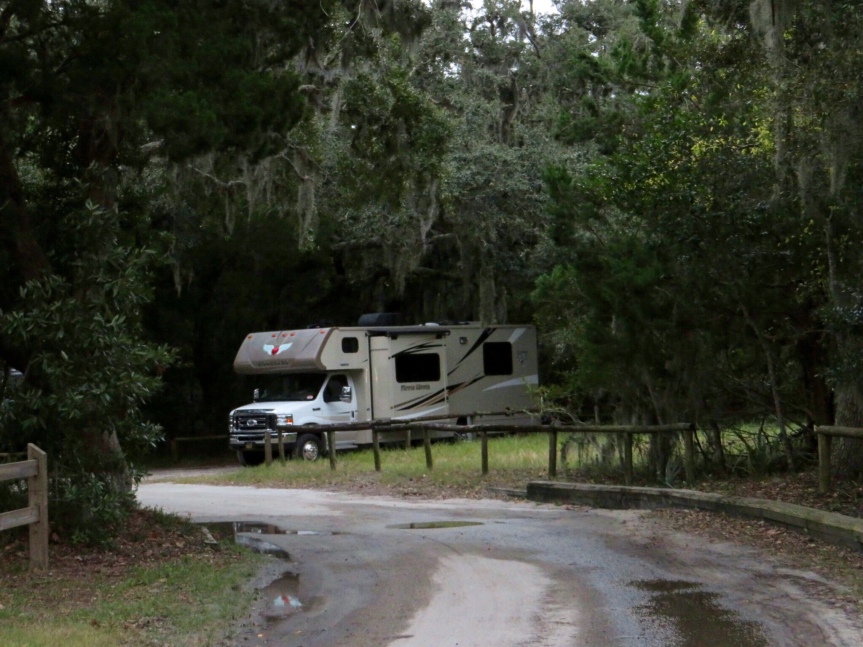 We are at the tip of the island and if we travel along the top of it we should eventually round the corner and bring us to the Atlantic side of the park. Needing some exercise and the fact that it was hovering at around forty degrees, we turned it into a power walk and leaving Cali to nap we sped off down the beach into the chilling wind. Some buzzards were enjoying a gourmet entree of entrail de’ raccoon and the wind had stranded a scattering of jellyfish along the shore. It soon became apparent that the Atlantic was a bit further down the lane than I had anticipated. 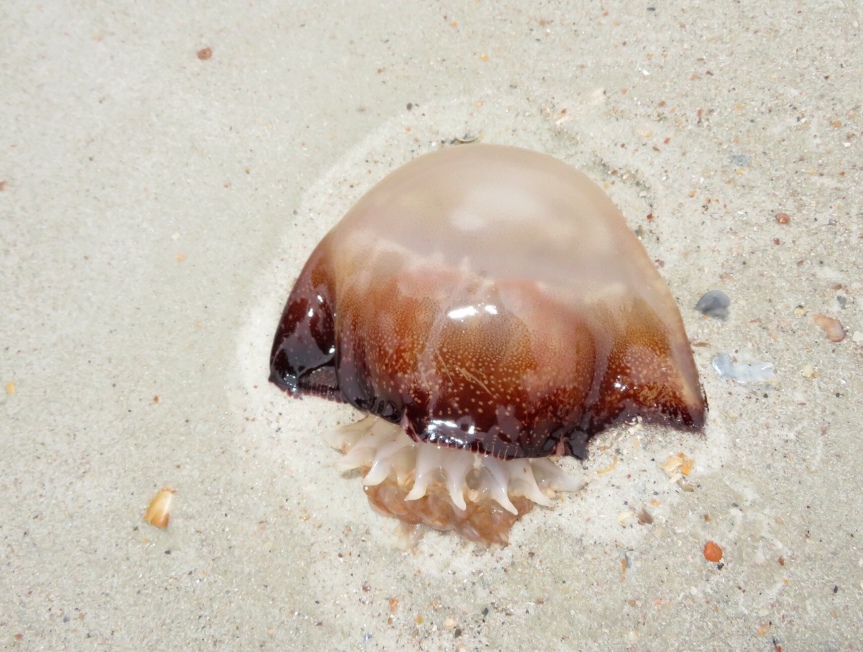 After a half an hour of hard walking, we passed Fort Clinch then continued to an outcropping of land and still couldn’t see the alleged fishing pier or Atlantic. As the sun was going down, we felt it prudent to start heading back before we got caught out in the dark. Next to the fort, we left the beach and continued our trek crossing through the woods Now we’d really be lost of it got too dark so we kept trudging along. It was a scenic bit of trail with little markers explaining all of the trees and their niche in the Florida ecosystem. Unfortunately, we didn’t have time to read any of them so we’ll have to come back tomorrow. I did learn from a quick glance out of the corner of my eye that Myrtle is a tree. Who’d of thought.

The trail deposited us right in front of our camp as the last of the dull gray afternoon light gave way to blackness. Gave Cali a quick walk around camp then cooked up dinner and kept warm inside. Fort Clinch State Park looks like a pretty cool spot to hang out for a few days.