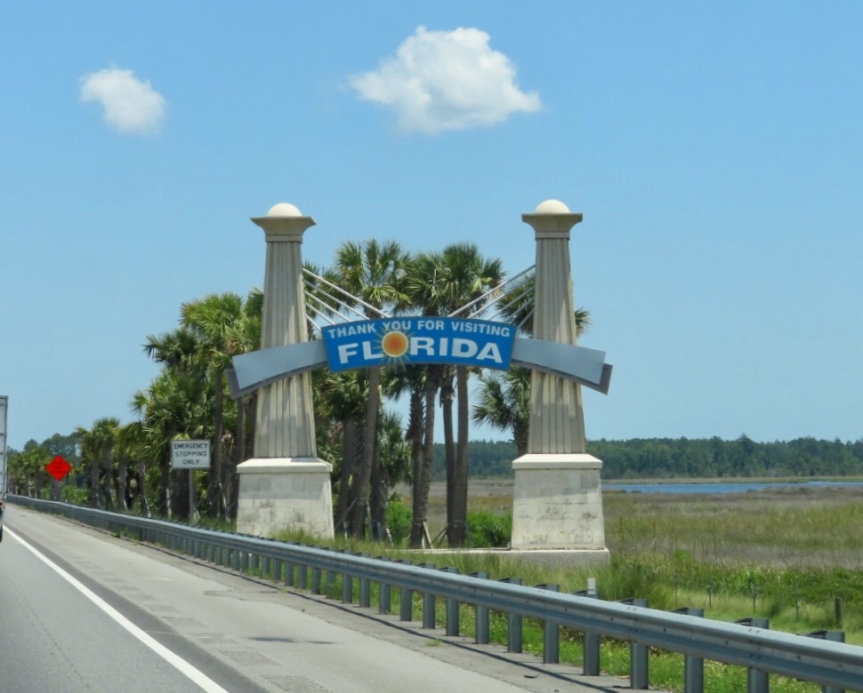 Our days of being Florida snowbirds came to an end today. After 164 days exploring the states beautiful beaches and waterways, it is time to move on. Florida has been good to us nomads. We took it slow getting ready to leave Fort Clinch but something went haywire and we found ourselves having a heated exchange. Some tense moments but we were able to smooth things out a bit before driving through the forest canopy for the last time and heading the short few miles to the Georgia border. Sometimes driving two vehicles has its benefits and today we had the time solo to cool off and get centered. The oaks gave way to pines and we sped through Georgia and on into the Palmetto State. Traffic got busy at times but I just pushed it through with the big trucks and after several hours we exited onto some back roads and entered Beaufort from the south. 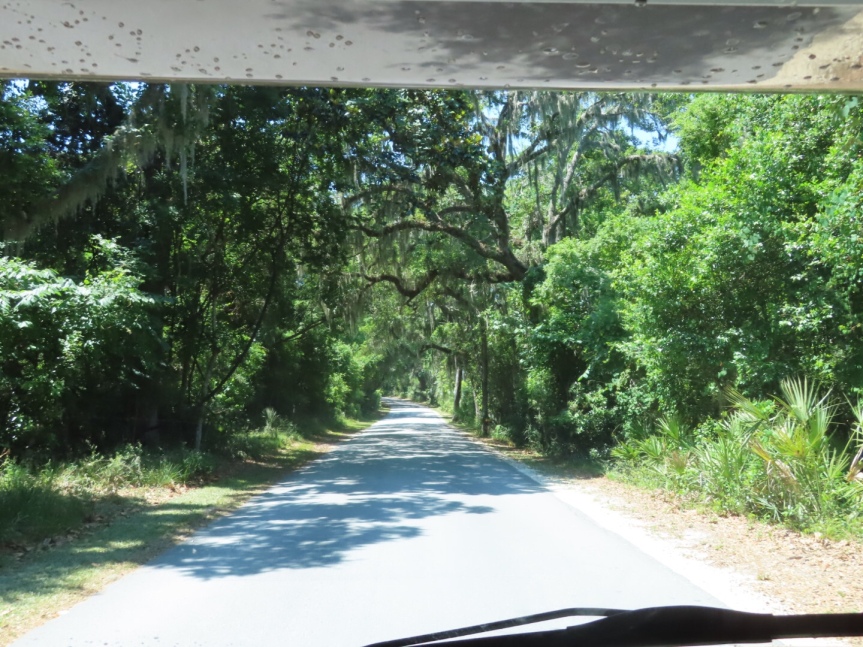 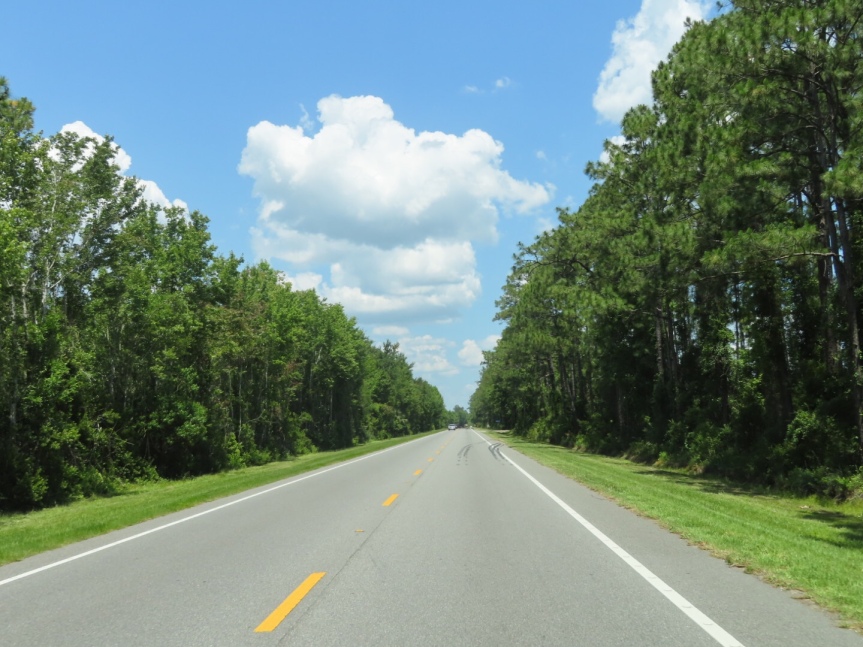 We made our way out the chain of small islands and by 4:30 we were setting up camp at Hunting Island State Park. The mosquitoes were thick at our site by a small marsh in the back. After getting everything organized and seeing that Cali was comfortable, we drove over to the beach thinking we might paddle. 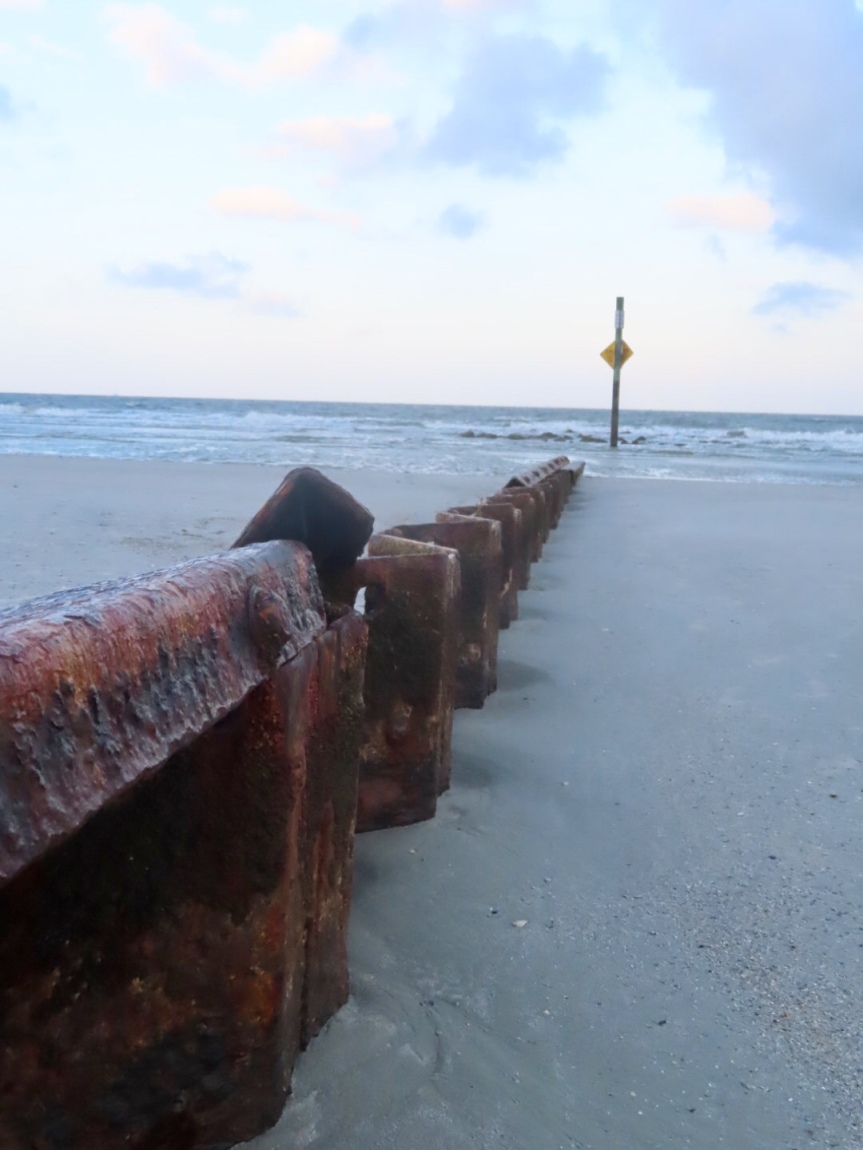 The wind was strong and the waves were blown out so we decided to try our luck tomorrow. We walked out on the beach and I said to PJ “I wonder if there any shark teeth here”. Not ten steps later, I found one laying in the shell line. We laughed and started searching as we strolled to the south towards the lighthouse in the distance. There is still a lot of damage here from Hurricane Matthew, trees felled that line the water and odd stumps and roots that rise up from the waves. It gives the place an eerie beauty with the palmettos and broken trees adding to the backdrop. 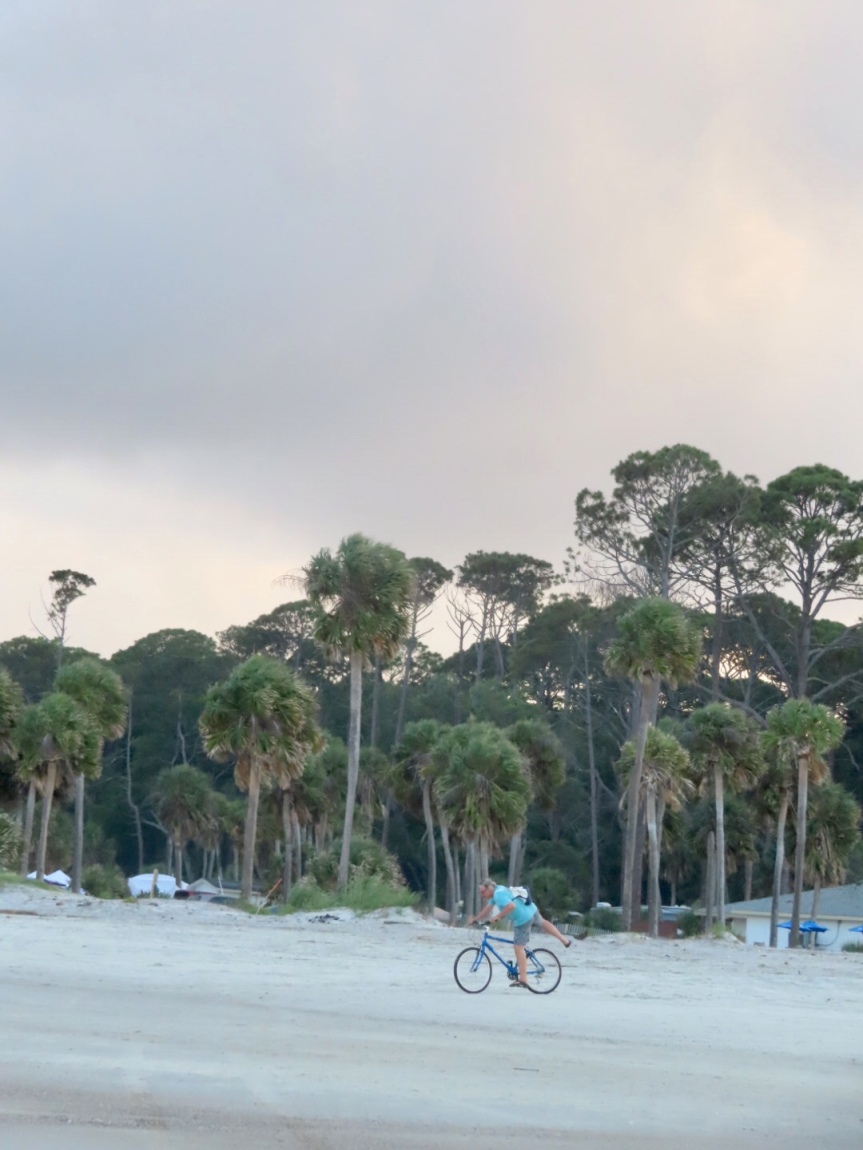 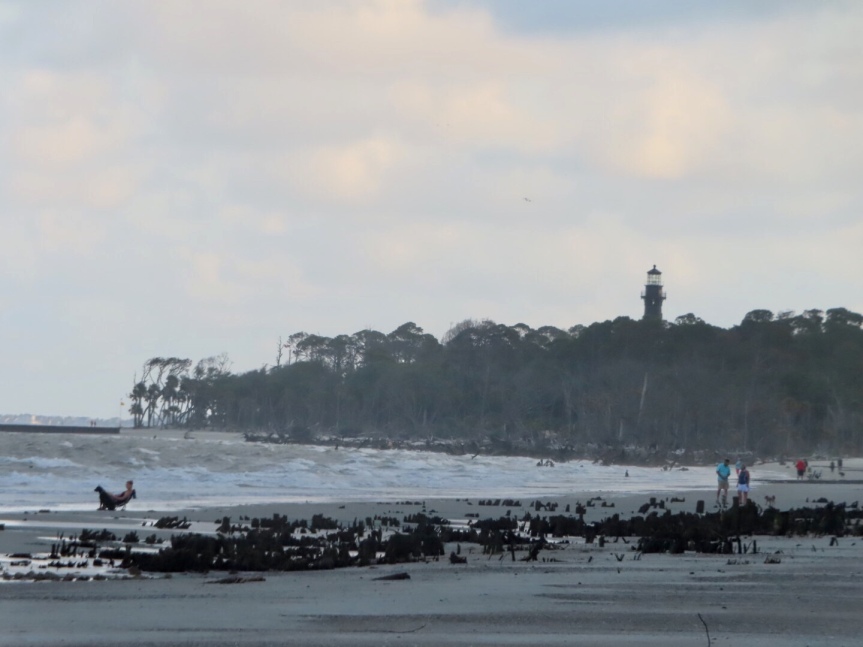 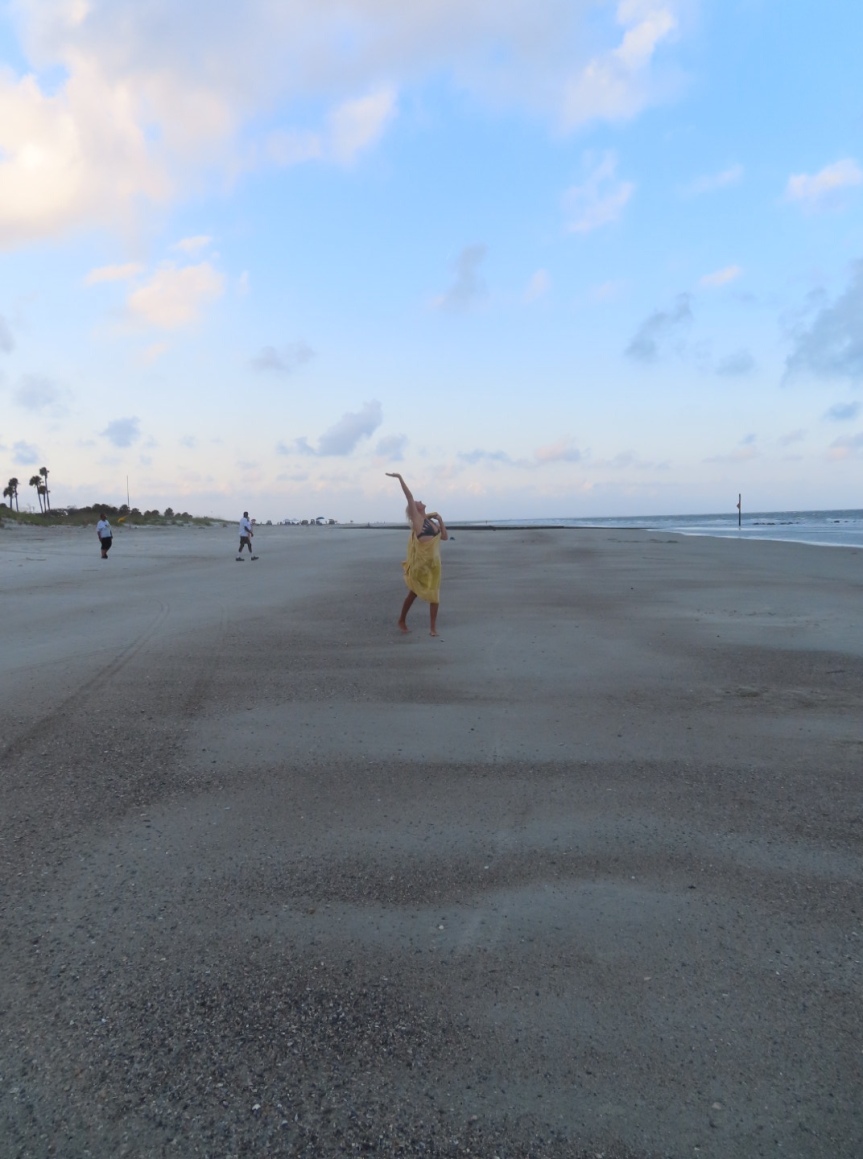 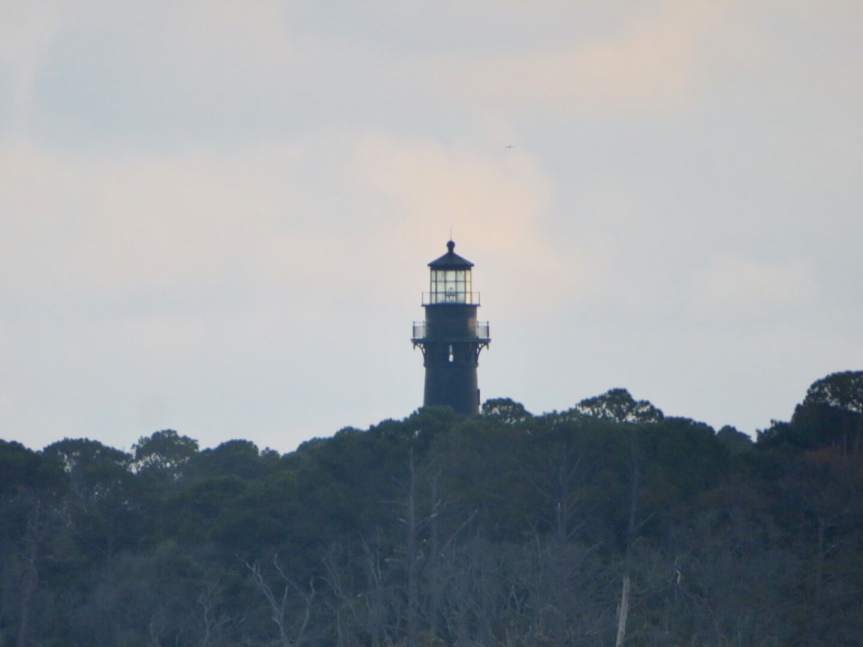 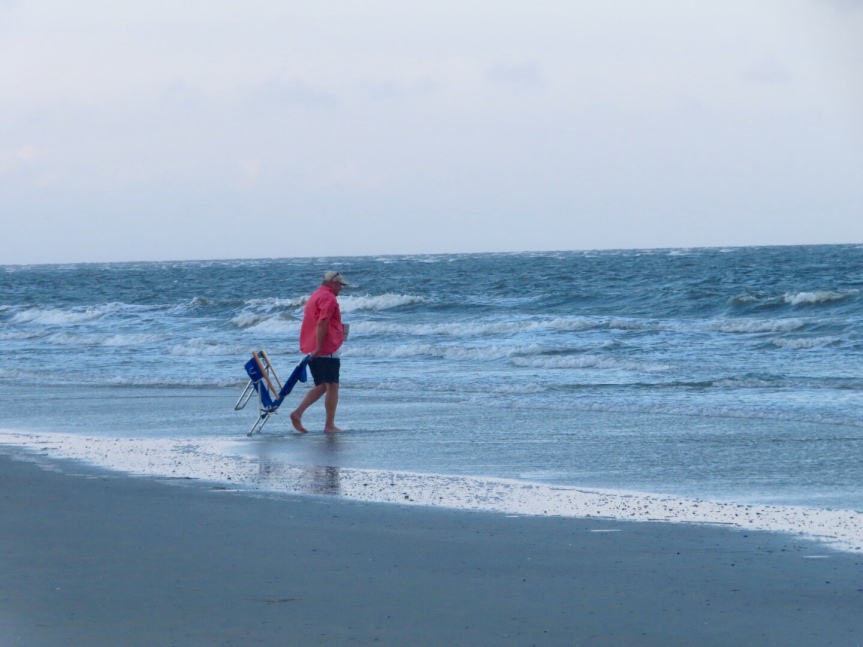 Its obvious appeal wasn’t lost on Netflix which is in the act of filming a series about the outer banks, OBX, here at Hunting Island. Their crews have much of the beach blocked off and are making a mess of the parking situation. I guess logistics for getting all of the people and equipment out to the actual outer banks was too much hassle so they chose this site. In the end, we spent about an hour wandering around and came up with 34 diminutive teeth. Some cool ones but definitely on the small side. Florida must attract all of the big sharks or least they did millions of years ago. After dark, we hid out inside to avoid getting devoured by the relentless skeeters. 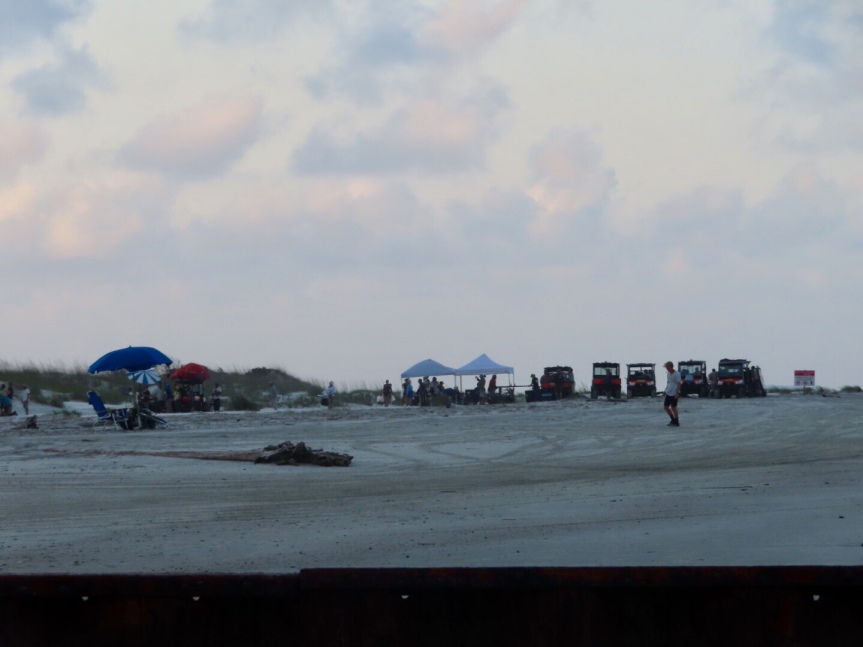 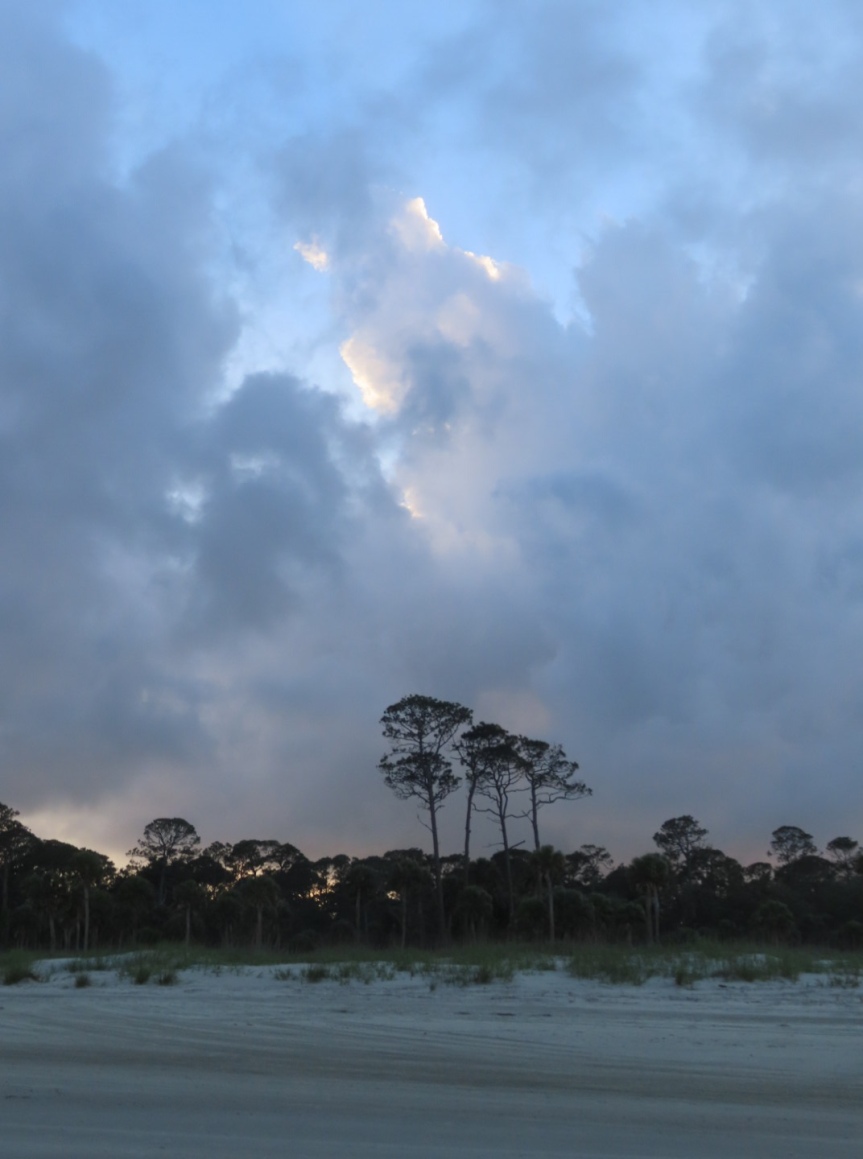 One thought on “Out of Florida”