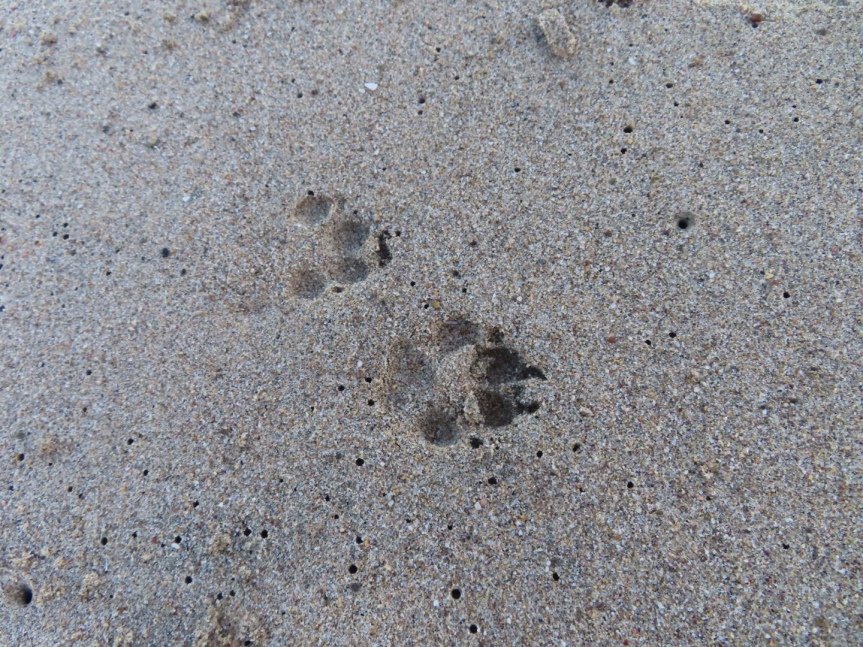 Another beautiful beach day in Lo de Marcos with temperatures in the high seventies and light breezes all day. I took a long time hatching, sitting quietly on the porch writing and eating breakfast. I made a quick run to the hardware store and the Oxxo for some more Whiskas cat food in the 100 gram packets. It’s Cali’s new favorite. When I got back, I was lathered up enough that a paddle to cool off seemed like a good plan of action. 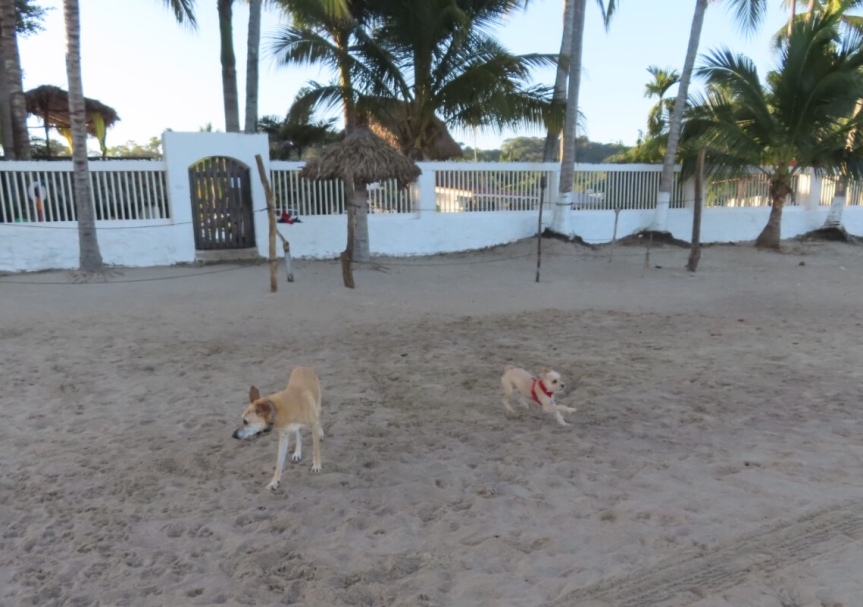 There are no waves, so it was easy jumping on the board right from the sand. I paddled out past the rocks and swung north this time to see something different. The water was clear with maybe six feet of visibility from the surface. I could see schools of baitfish glimmering in the nearshore waters as I paddled past. I went the extent of the bay to the rocks at the northern point. The water was multicolored with light greens in the shallows with a medium green outside. In a trench in between the two was a deep, dark green where the strip of deep water met the shallows. I saw large jacks dart by in groups of twos and threes. 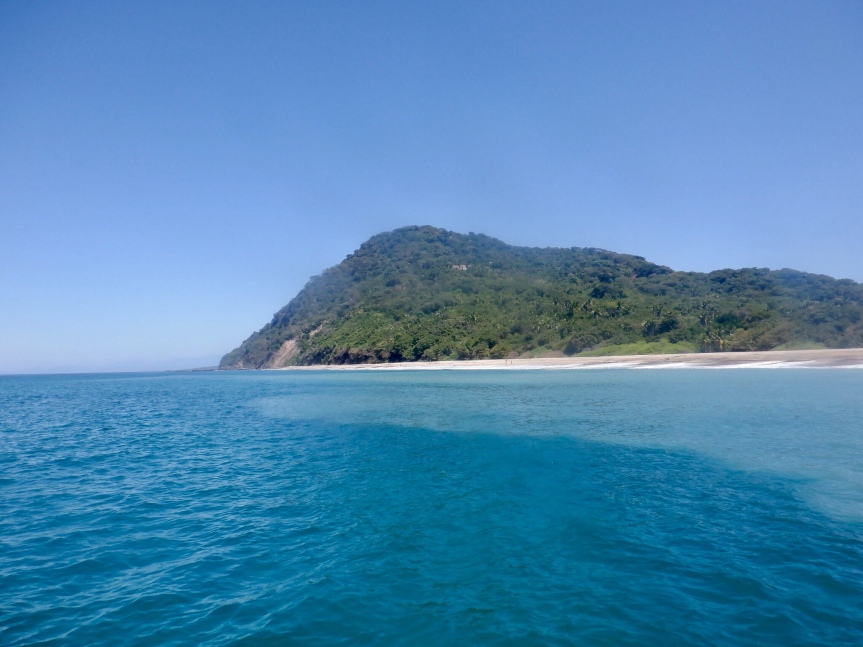 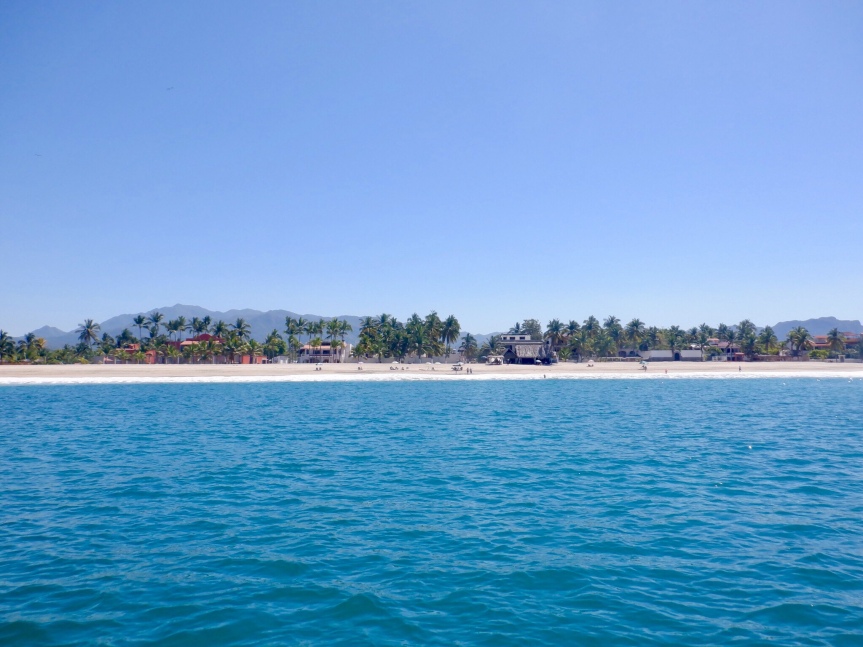 A net fisherman was throwing his net from shore but I couldn’t tell of there was anything in his web when he hauled it in. I turned around and headed back towards home. I spooked a group of boobies that were bobbing on the surface and they all flew off towards the open ocean. Flying seems like hard work for them after watching frigates and pelicans gliding easily on the updrafts. 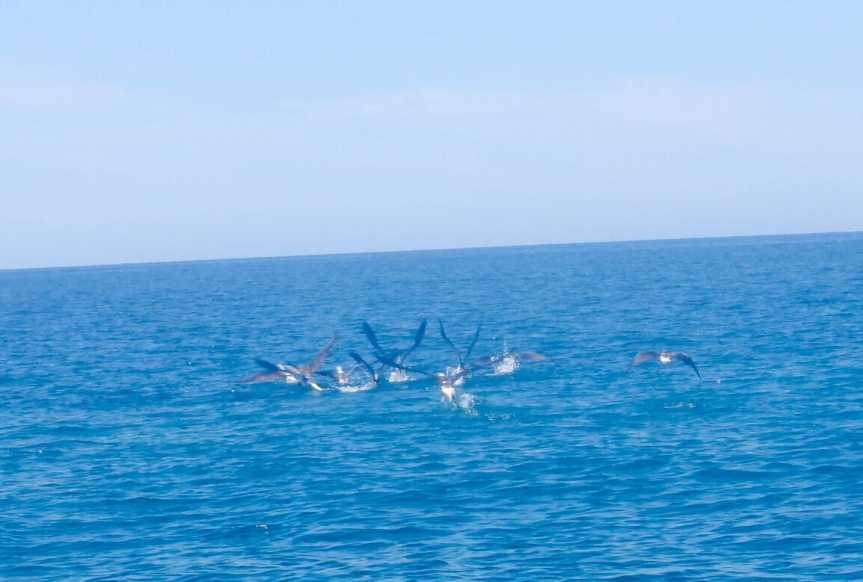 I spent some time in the afternoon organizing stuff and getting ready to depart tomorrow. I showered then dumped the tanks and filled the fresh water. Alan came by and we biked into town for tacos. Lo de Marcos seemed extra quiet today after the busy weekend. Also, the snowbirds are already starting to return north. Slowly now, but the trickle will turn into a flood as the month goes on. We finished dinner then headed back for the open mike activities at El Pequeno Paraiso.

A good mix of acts. My favorite are the hillbilly pickers with the stand up bass. Sally is awesome and the guitar player can really do some serious old school finger pickin’. Some of the Québécois took the stage and did some singing in French as Miguel and Nancy tended the bar along the back wall. A good sized crowd, lots saying “see you next year” as they’ll be hitting the road before next Monday’s hoedown. I stayed through most of the festivities then retired to the RV to make more preparations to move along. Time to make some tracks.