The city of San Miguel de Allende was definitely worth another look before roaring off down the road on my accelerated return trip to the U.S. I got up early and Ubered into town hoping maybe I was just late on a Sunday and that the Artisan’s Marketplace might be open this morning. No, it was no fluke. The municipality has shuttered their little booths until further notice. I strolled down to the central garden and picked up a hot cup of tea to sip on a park bench. 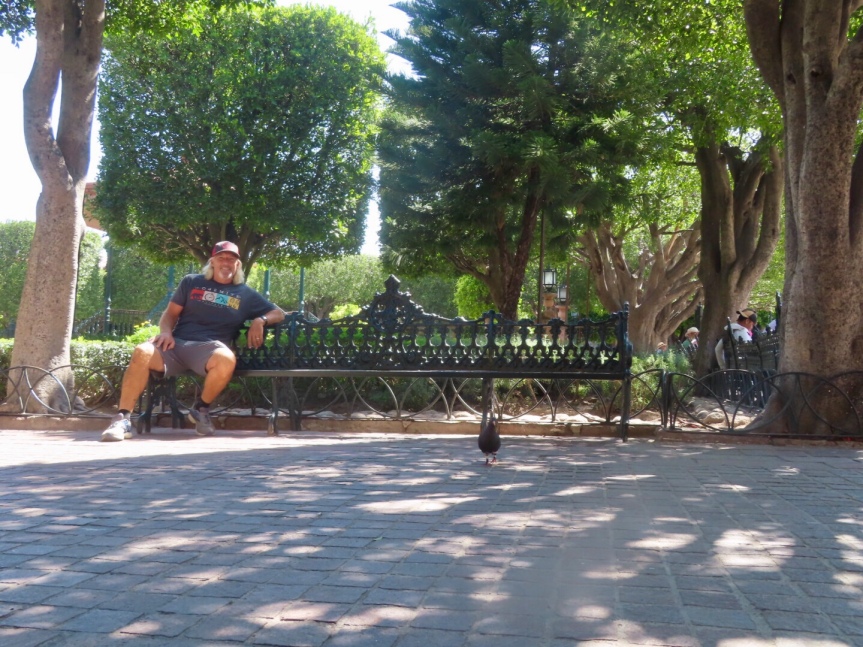 The streets were busy with people going about their daily lives. There were lines at the bank, not sure if that’s normal or maybe a sign of the times. A few older gringos were still sitting out the pandemic in San Miguel. A group were holding down a table at the patio outside of Starbucks talking about the ongoing situation. The pharmacy was selling home made hand sanitizer so I picked up a small unmarked plastic bottle. I poked my nose into a few more shops then punched in a ride on the phone and a car appeared a few minutes later to rush back to the Hotel San Ramon. 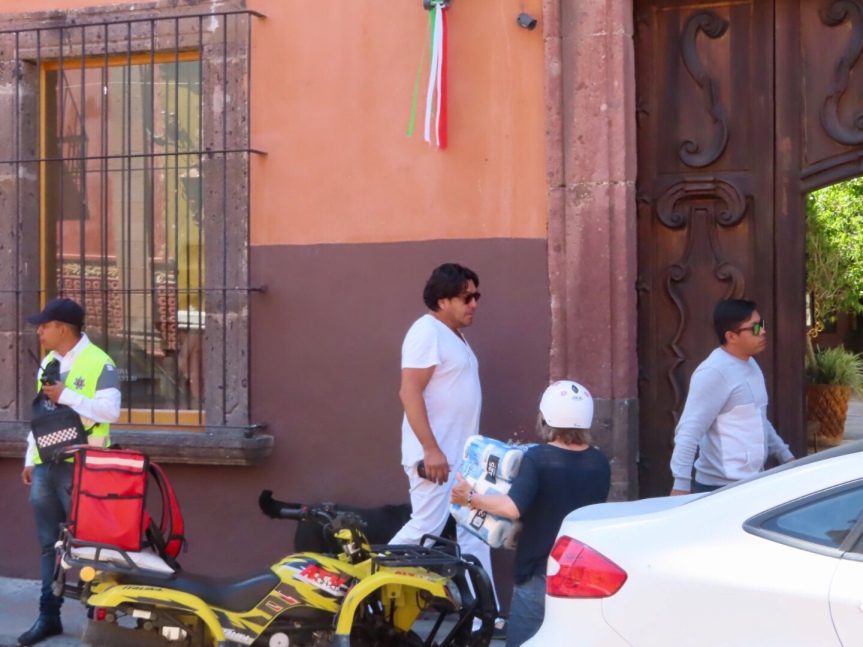 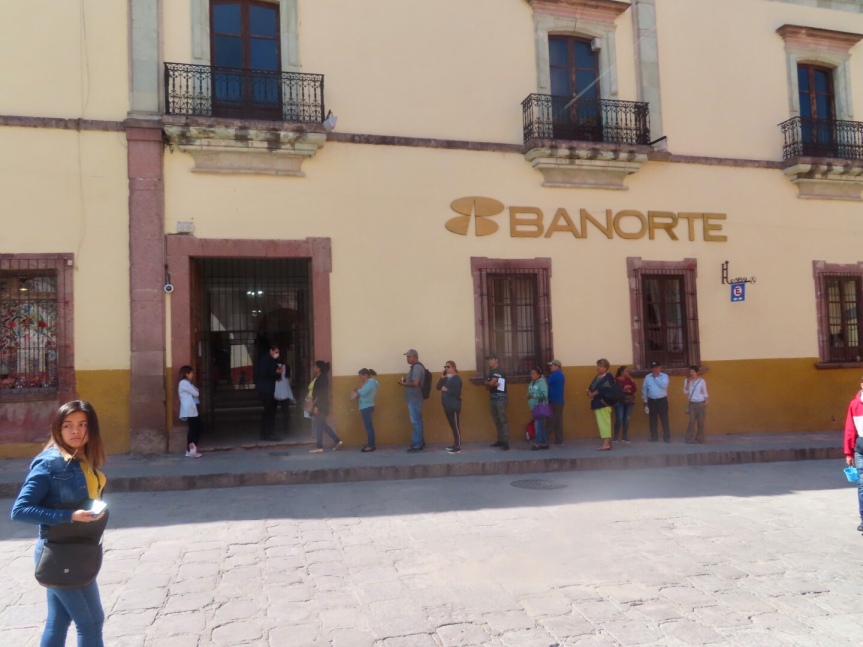 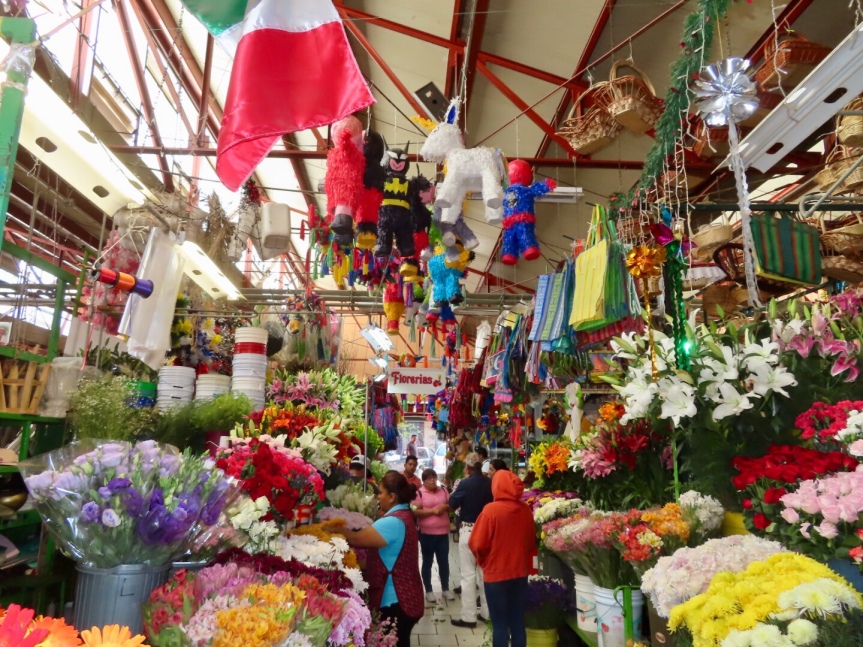 A long, unremarkable day in the saddle. We dropped down from forests into desert by the time Matehuala came into view. I was glad to see Las Palmas Halfway Inn marking the end of my driving day. The RV area was darn near full. All Canadians, lots of Québécois. I parked at the end to give as much space as possible then set up what little I was going to set up. I got Cali settled, then grabbed a cab over to the Soriano store to do a major grocery shopping. I had all of those guitar pesos I had withdrawn from the ATM and I wanted to spend them up before the peso drops even further. I’ve been using them for gas and now supplies for the dog and myself. I taxied home to find a camper inches away from me. I put everything away before having dinner and organizing for tomorrow. 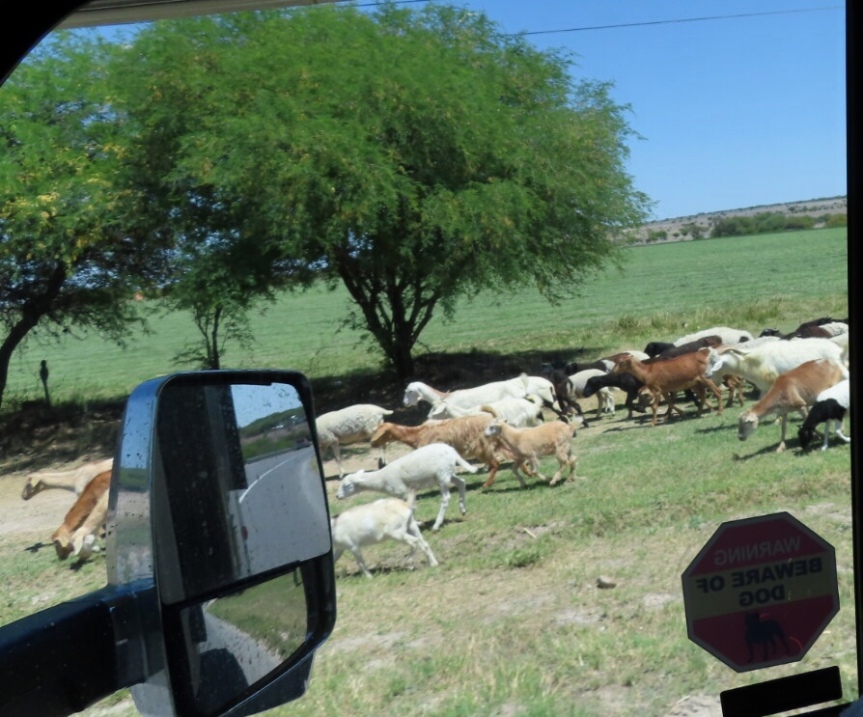 I followed Pam for quite a ways…..maybe all he way to Rhode Island

Back in the desert 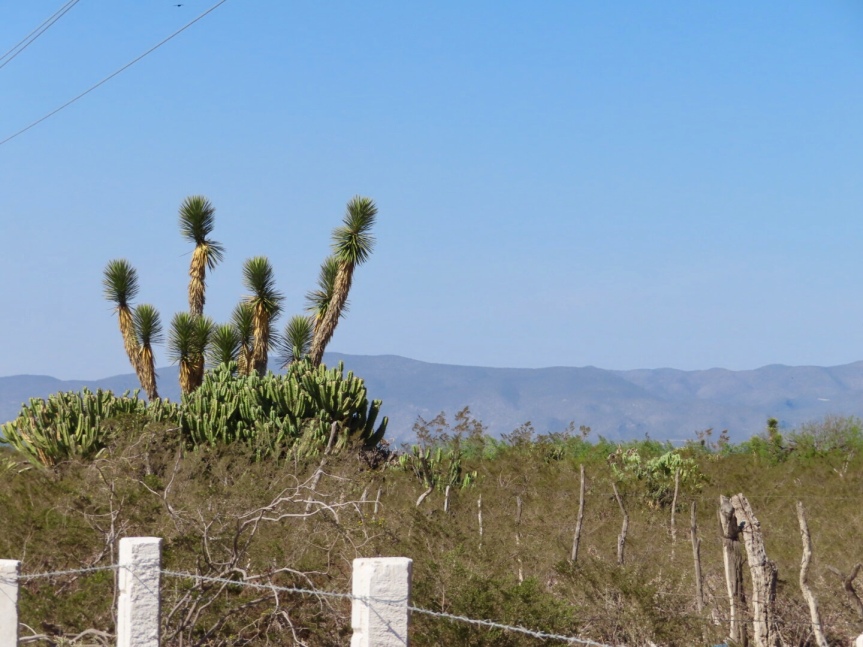