Last week brought a very pleasant surprise with an unexpected visit from our friends from Texas, Chuck and Sharissa. Chuck was one of my main partners in crime during those years in the nineties when I lived in Costa Rica. He was an officer on large merchant ships where he’d go to sea for multiple months then be off for multiple months, most of which were spent searching for that perfect wave in Central America. The last time we had seen them was in 2016 when we were passing through Texas heading into Mexico.

What would bring these sun loving southerners up to the northeast? A wedding! One of Sharissa’s best friend’s son had settled in Rhode Island after meeting a New England girl at college and they were now tying the knot. Bonus for us, we get to enjoy a bit of time exploring around the Ocean State with them. They arrived on a Thursday afternoon and settled into a cool boutique hotel near East Greenwich, one of those old brick industrial buildings on the Pawtuxet River that had been renovated as an inn. We picked them up in the evening and drove down to the docks in East Greenwich to have dinner at Nautika, a restaurant right on the bay. The weather had gone a bit chilly and it appeared that the standing heaters had been stowed for the season, so we opted to sit inside in the upper dining room with a view of the water. The cuisine was outstanding and it was great to catch up on the latest happenings in our lives. Always lots to talk about.

On Friday, Chuck took the helm and drove us down to Newport to spend the afternoon wandering around the beautiful seaside community. We parked in a lot next to Bannister Wharf and strolled around the plethora of fancy boutique shops that are the mainstay of the tourist area in downtown Newport. Sharissa found a pair of shoes that couldn’t be left behind then we made our way to the Black Pearl where we commandeered a water side table and ordered up some fresh New England seafood. The food didn’t disappoint and the deck area was festive and lively. Chuck and I worked hard trying outmaneuver each other to get to the check first and I finally won a round on this one. Boats were coming and going along the pier next to us and the steady flow of varying tourists provided an ever changing back drop for our meal. 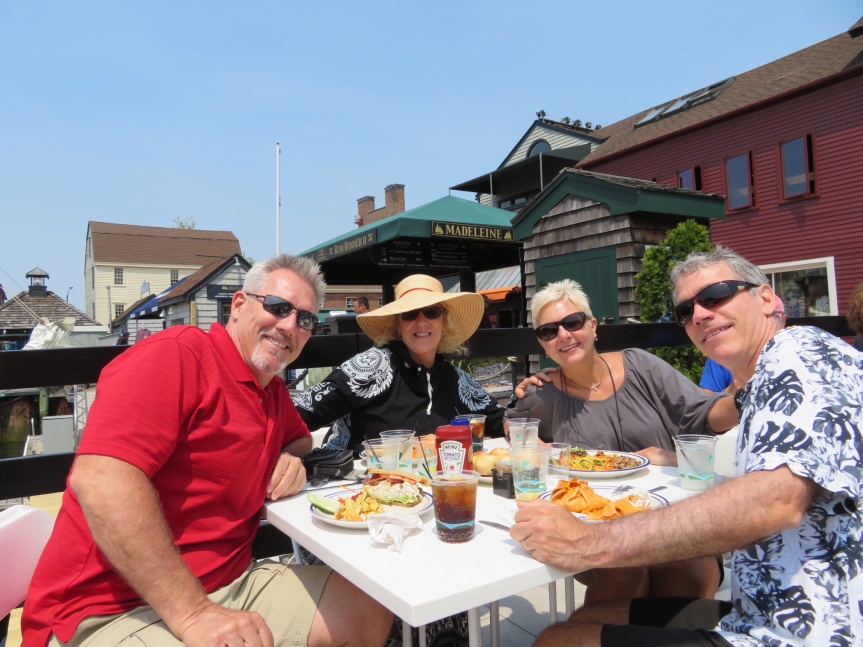 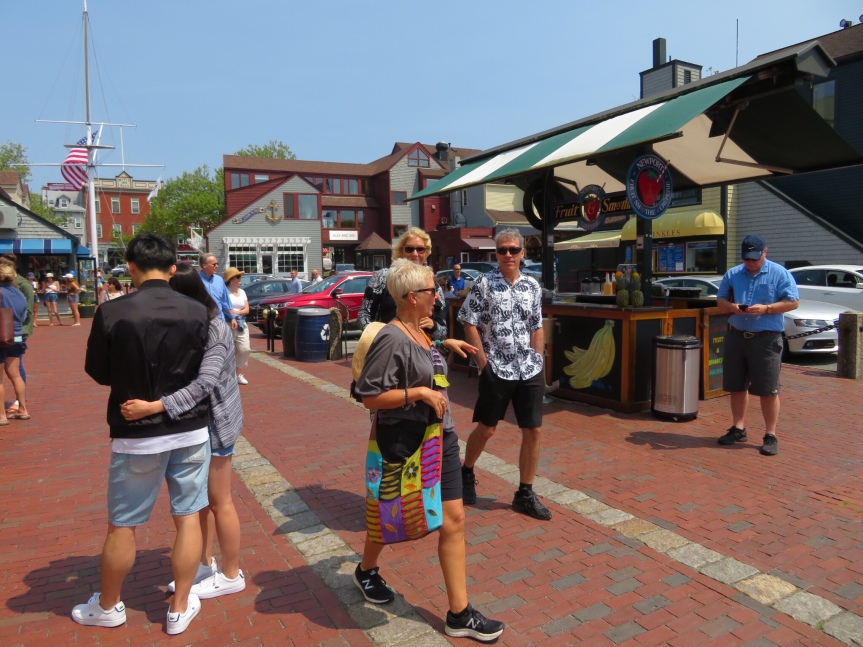 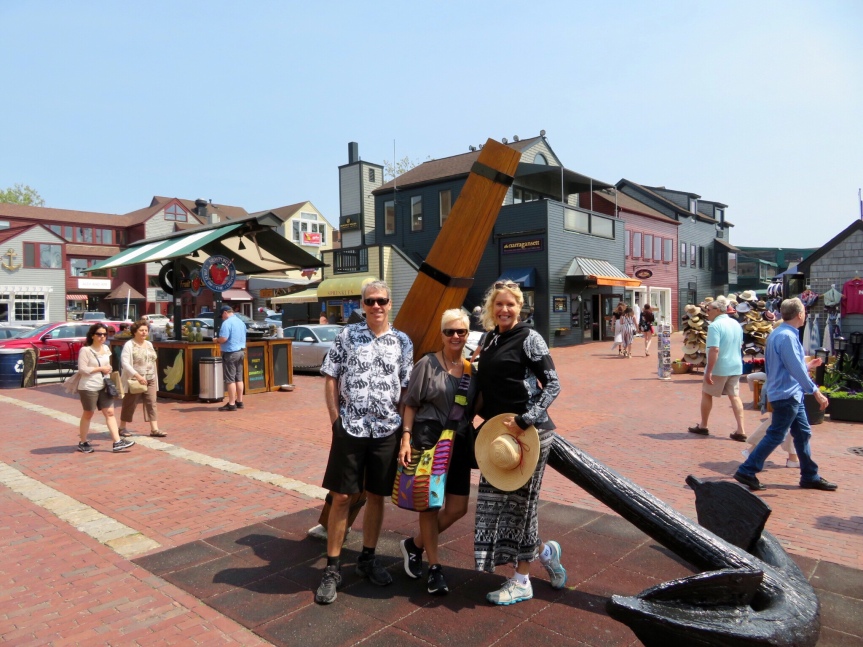 After lunch we walked over to the main marina and had a look at the boats in the harbor. The park was a gathering point for tourists and we posed for a moment at the dolphin statue before continuing on across the street to a little ice cream parlor for a couple of cones. We found a bench beside the dock near our parking spot and finished them off before getting in the car to tour along the Ocean Road. 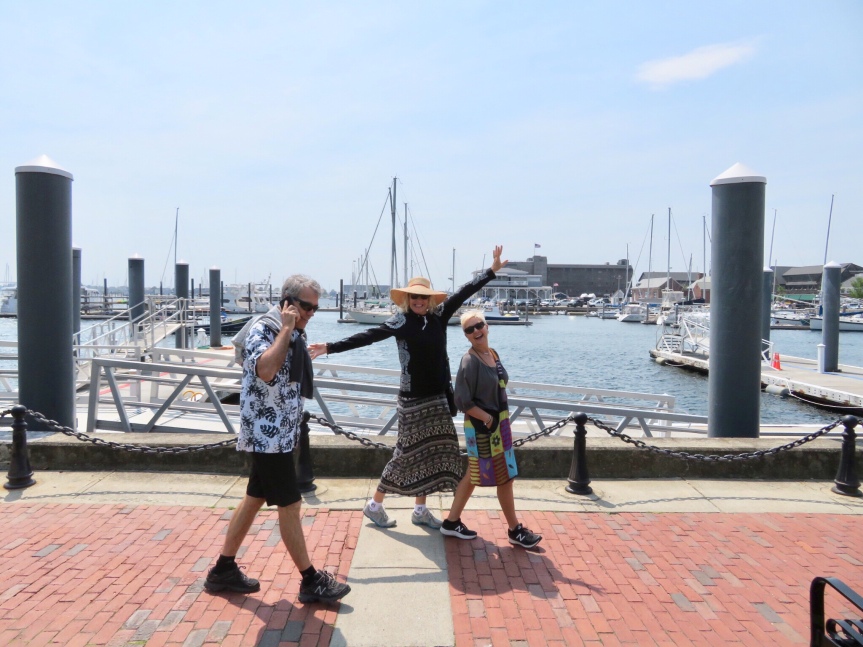 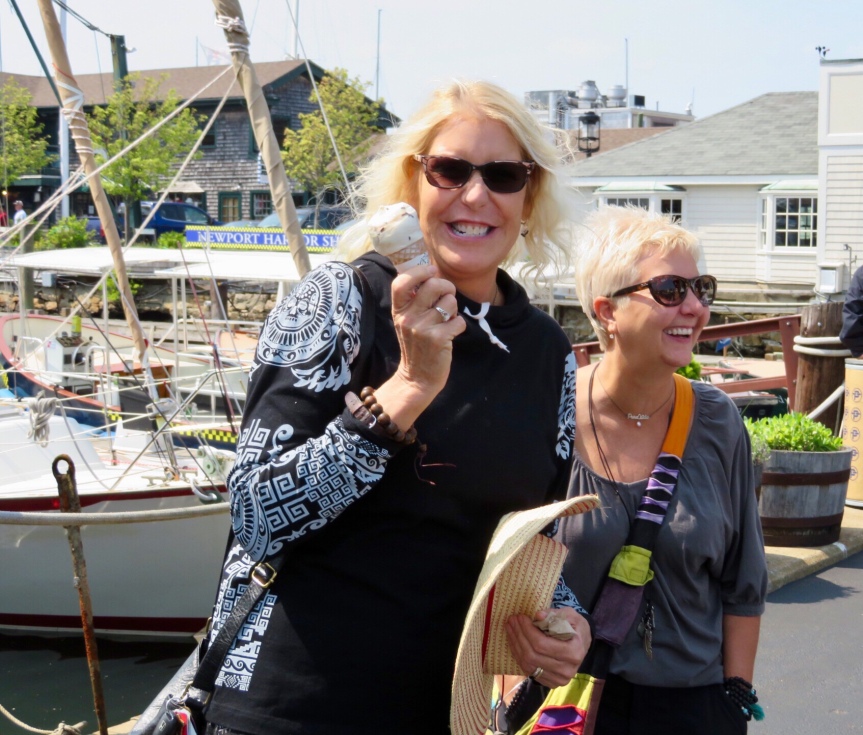 We hugged the coastline as we drove through beautiful neighborhoods filled with upscale houses with an occasional old cottage in between that had for the moment escaped being torn down and replaced with a palatial substitute. Rocky coves, grassy parks and endless sea views.

We soon arrived at the area near Ruggles where all of the old grand mansions are located. Gaudy dinosaurs of a golden era long past, these sprawling estates are mementos of the age of oil barons, railroad tycoons and the business elite of the early 1900s. We drifted down a side road to see if there was any surf, but the waves were absent this day. Parking in the lot next to the Breakers, we decided to take a tour of the Vanderbilt mansion sitting on the cliff overlooking the white capped Atlantic. 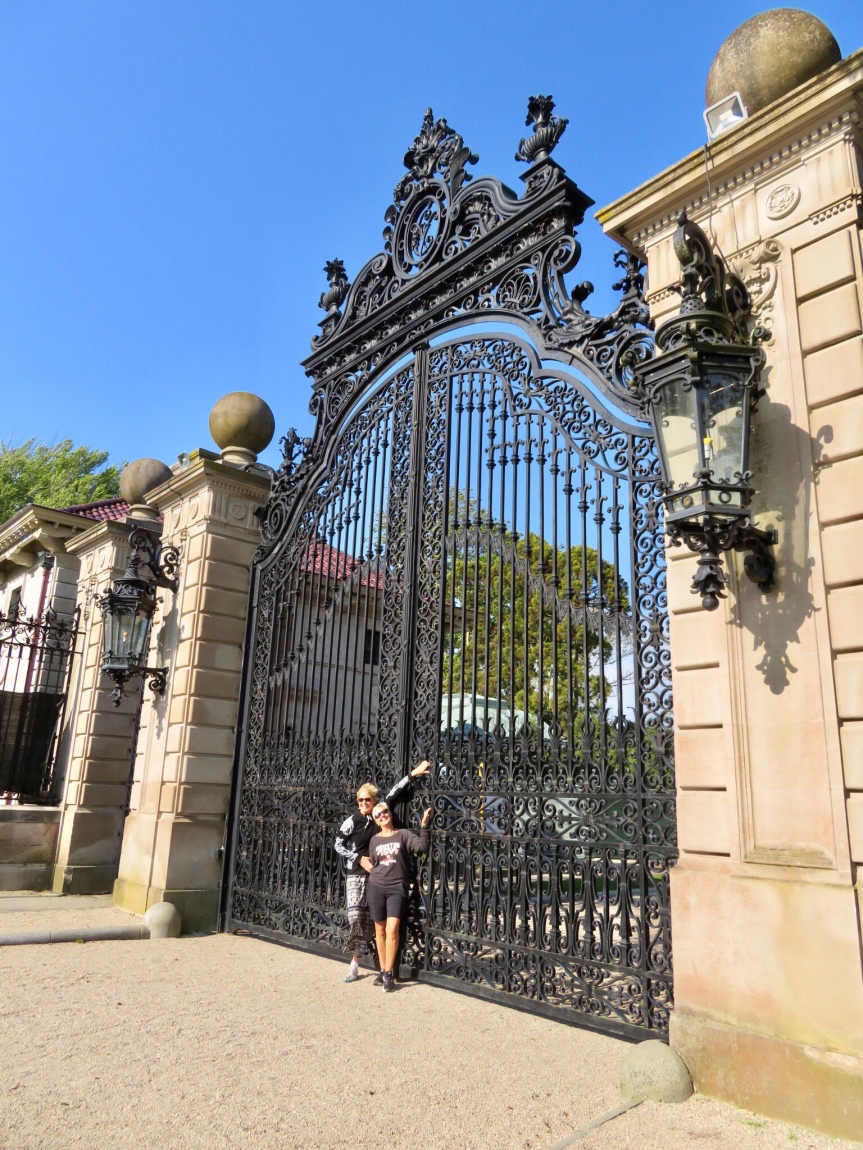 We were given iPhones with headphones that featured recordings guiding us along through the separate rooms and great halls of the immense house. Massive halls with sweeping staircases, luxurious bedrooms with secret halls for servants to go unseen, music rooms and a huge kitchen I’d love to cook up a meal in. The giant balcony overlooking the sea was my favorite space in the home, ocean views for miles in both directions. After exiting through the gift shop, we strolled across the manicured lawns to watch joggers go by on the cliff walk and to get an up close look at the surf breaks. Windy and small but full of potential. 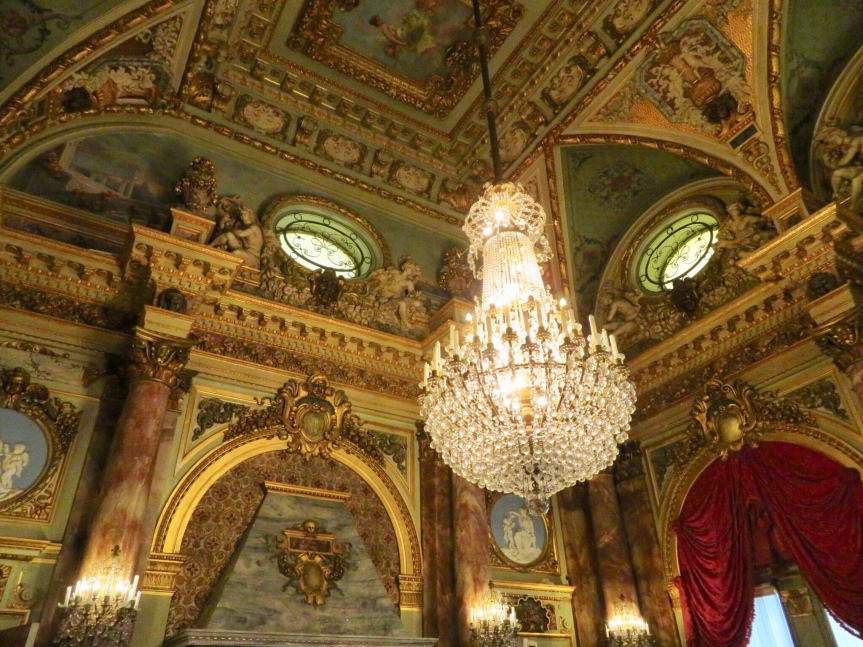 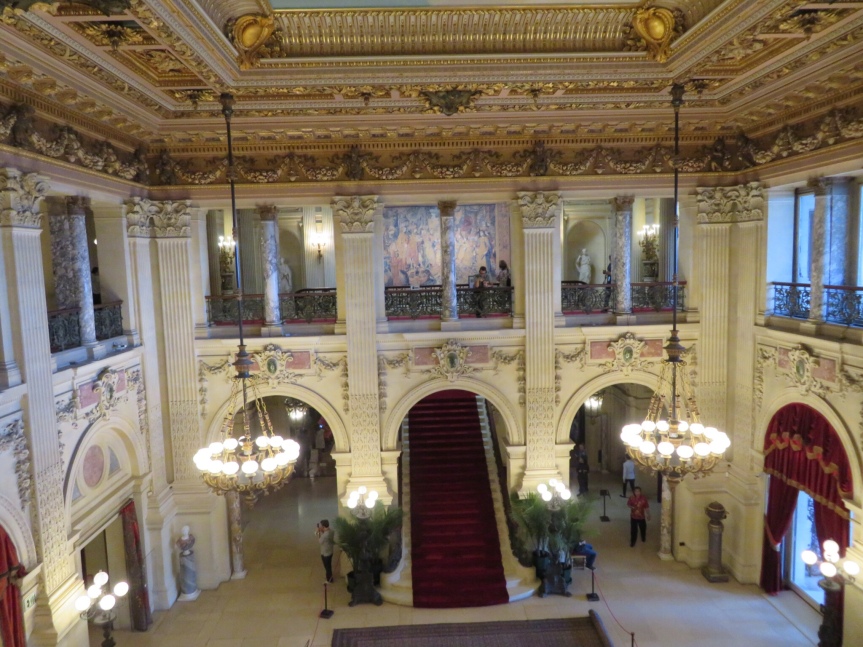 Is this where Anderson Cooper grew up? 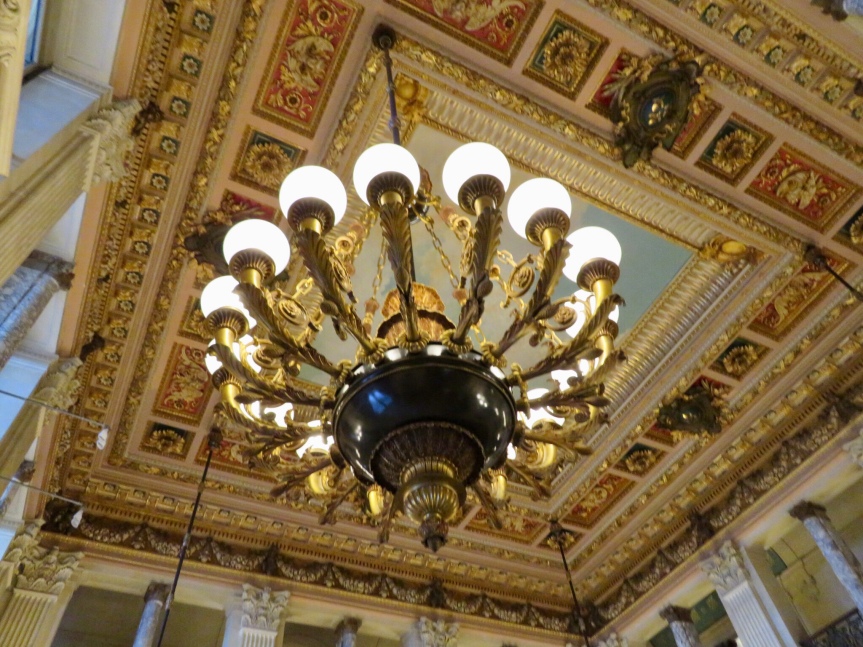 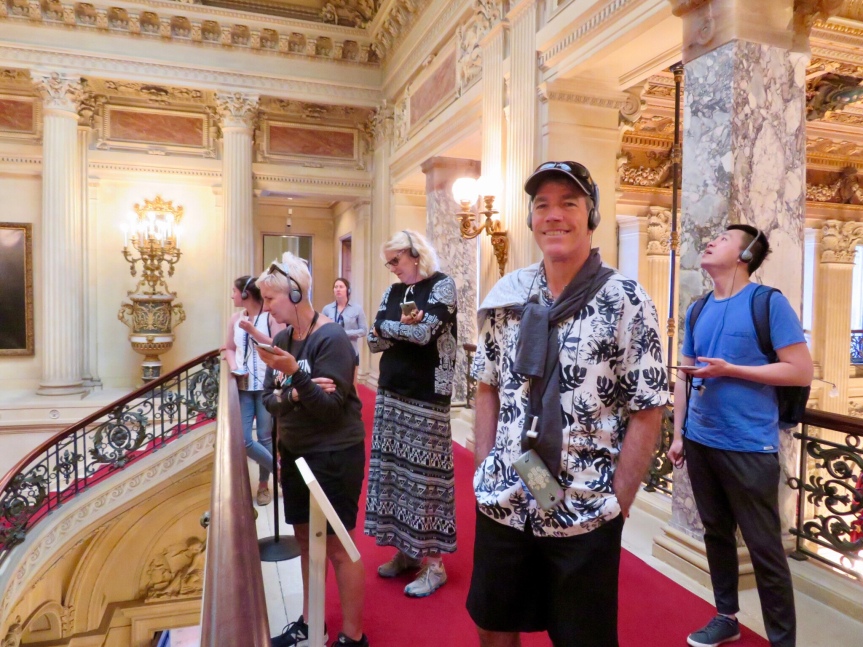 From there, it was a drive back over the Jamestown Bridge and back up into the urban centers of the north. We bade the Texans a good night and returned to Warwick to make sure Carole had survived the day without us. She was rooted to her chair blissfully catching the four thousandth rerun of Law and Order (pronounced Lar and Ohdah). We filled her in on our day and had a quiet evening at home.

Sunday, Chuck and Sharissa stopped by for a short visit at the house before heading off to the wedding. They got to meet Carole then we toured them through the new RV and they got a chance to see the yard and get an idea of our living situation here on Rhode Island. Soon, they were off to get ready for the wedding and we said our ‘farewell for nows’ knowing that somewhere down the line our paths will cross again. Thanks for popping in to visit, it was awesome seeing y’all. Safe travels going forward.