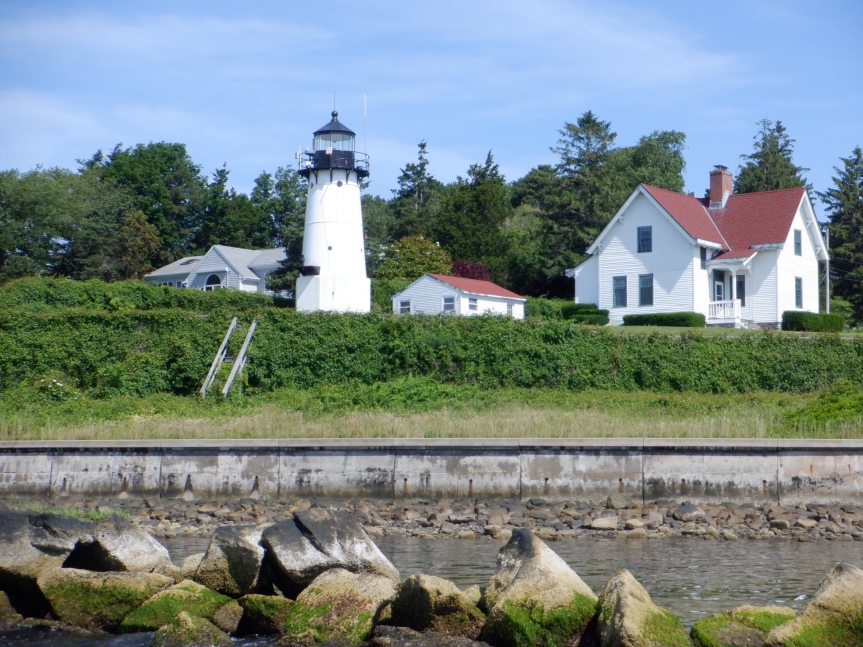 Looking for a little respite from the usual routine at the in-law’s house, I loaded up the RV and drove over to Rocky Point to set up a day camp in the new parking area on the north side of the park. It is a nice large expanse of gravel overlooking the bay where they are rebuilding the old pier. I found a level spot and set up camp before carrying the paddle board down to the water’s edge. Rocky Point has always been a favorite spot for me in the rusty little town of Warwick. I included a bit of the park’s history in a post from our first visit in 2016 for anyone that might have an interest.

The water was clear with about three feet of visibility. I paddled out around the floating dock with the pile drivers giving the construction guys a wide berth. Heading south towards the point at Warwick Neck, I passed a line of boats with quahoggers working away on their rakes. I had always seen them from a distance humping away on their buoy handled poles but had never seen how the system worked up close. I paddled over and met Jerry as he was massaging the sandy bottom with a basket on a long pole. I waited until he pulled it up and separated out the collection of large clams, or quahogs, that Rhode Island is famous for. It was cool hanging out but I had knots to go so I thanked him for the demonstration and continued on to the lighthouse at the point. 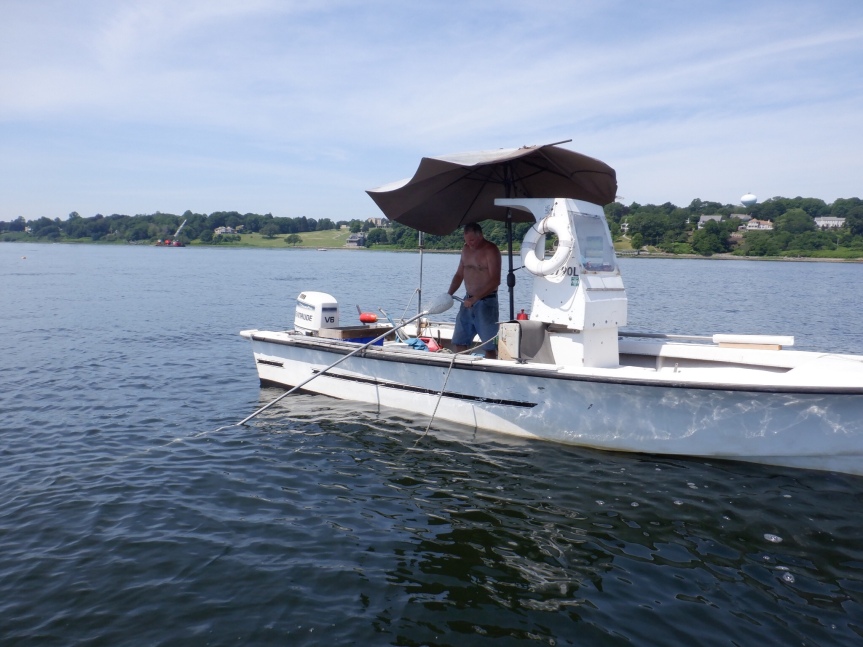 I’ve decided that the second house over from the lighthouse is my favorite property on the coast with its waterfront boathouse including a private beach with a large fire ring. I reached the channel of the main shipping lane going towards Providence where the currents change up before turning around and heading back to Rocky Point. 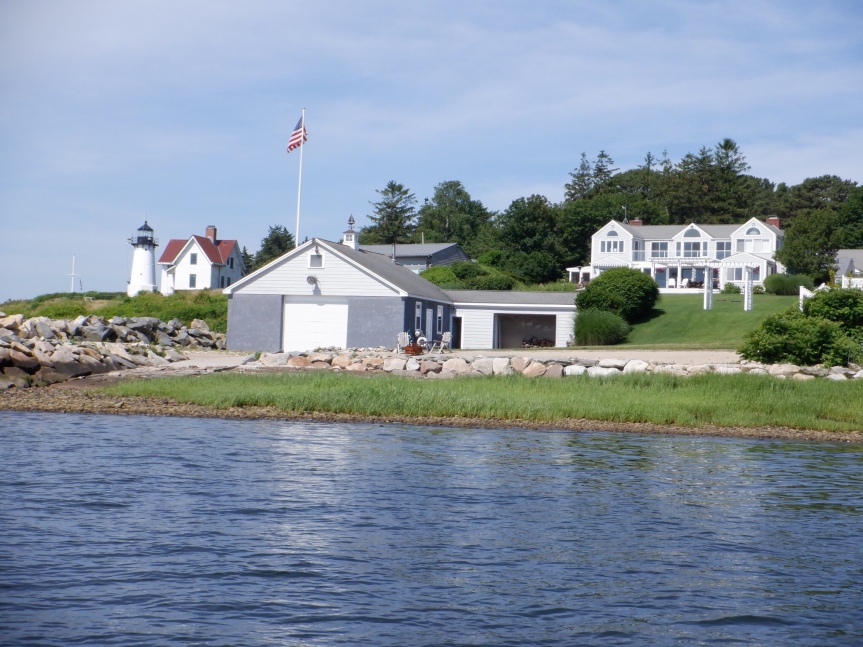 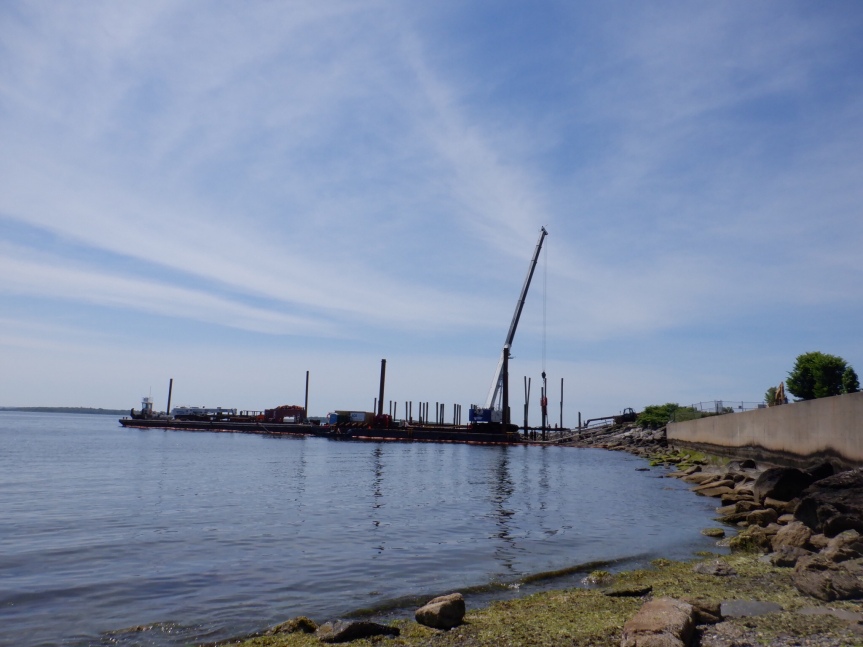 I stopped for a swim in the calm water in front of the Aldrich Mansion then sat on the board sipping some cool Cytomax and dangling my feet in the bay. This whole stretch of coastline features beautiful homes on manicured grounds with views out into the bay. I watched a dredge slowly chugging up the bayfront before parking up in line with the old ruins near the swimming beach and setting itself up to clear a channel in the area. 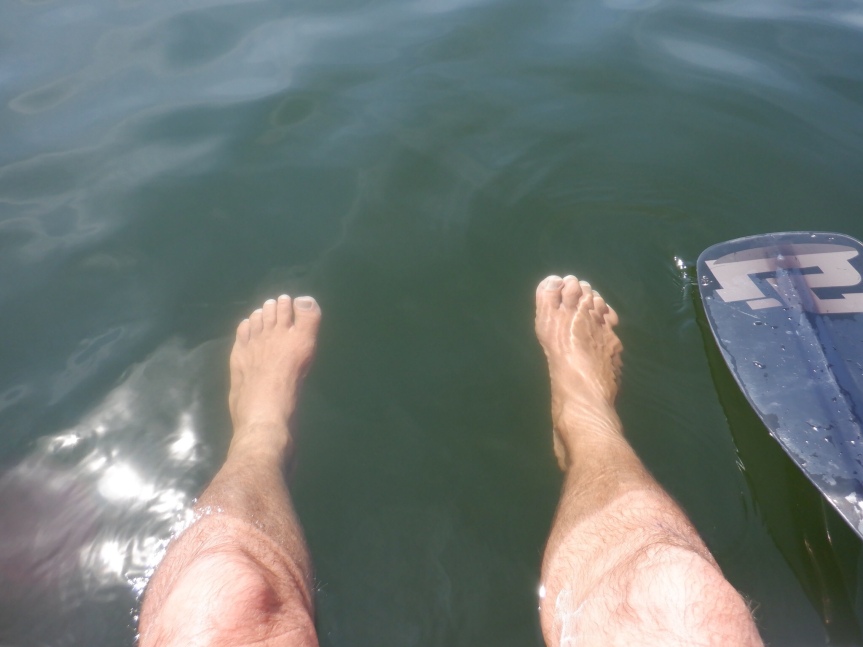 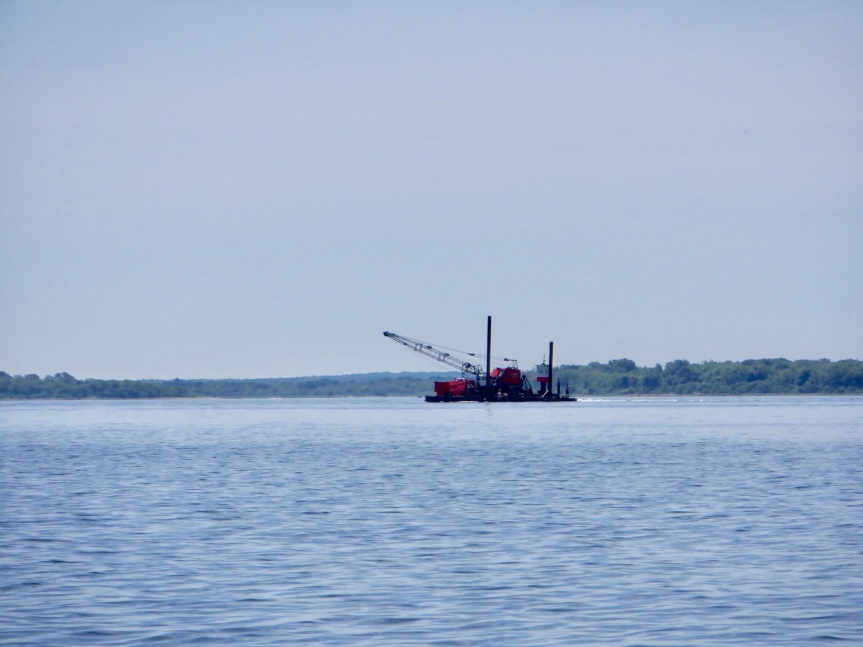 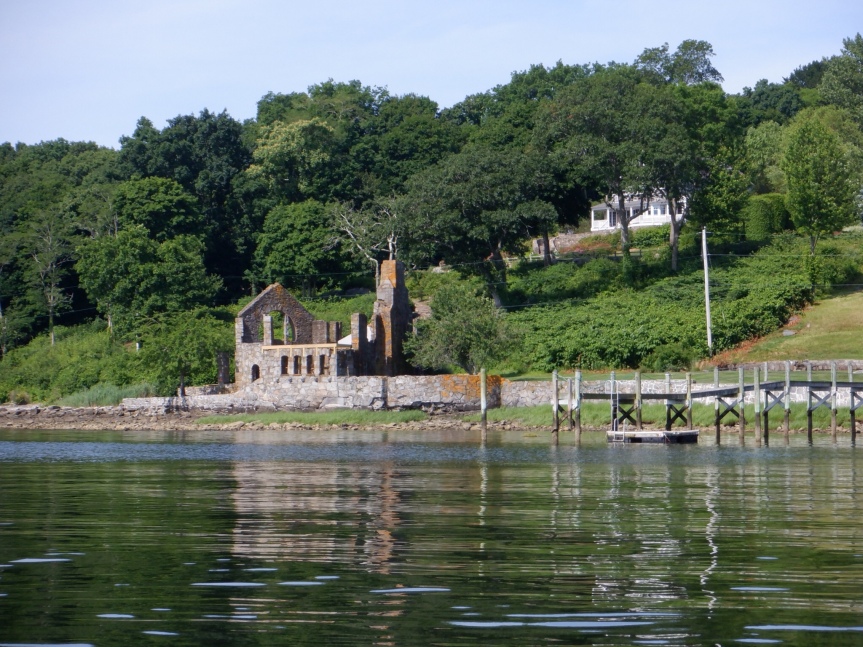 I stroked it on back to the little bay where I put in and parked the board and went to get my chair and a sandwich. I came back and lounged along the shoreline enjoying the cool breeze coming off of the water. After an hour watching the divers out front Hunting for whatever is on the reef that they collect, I got hot enough to go for another paddle. This time out I turned to the left and explored the neighborhood on that side. I didn’t go as far but I did see a few more of the small boats with the surface supply equipment feeding air to the divers scouring the rocky bottom.

Back at Rocky Point, I put the board away and sat under the awning drinking a seltzer and cooling off in the shade before unhitching the bike and going for a ride around the area following the beach walkway and getting a view the park from on land. I was hoping to score a lemonade but the truck wasn’t at the top of the hill today. I sped back down the entry road and decided to call it a day and head back to the house. 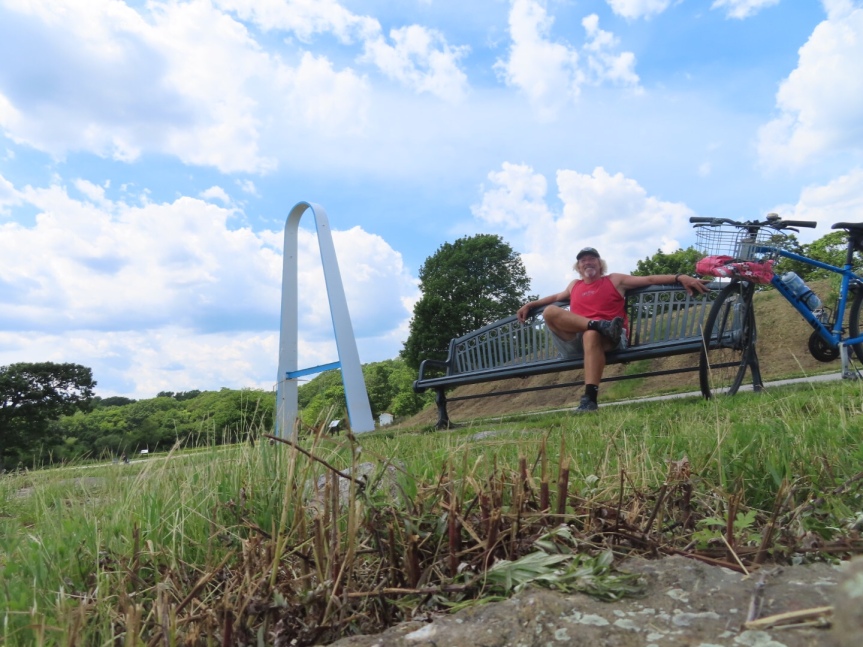