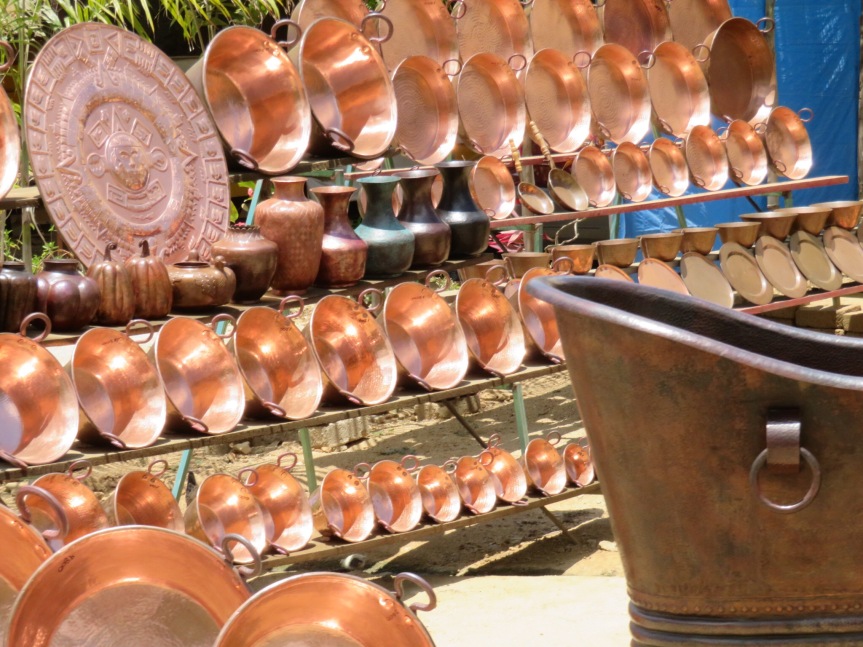 In our final days at Los Arroyos, Cesar peeled off some of the curling decals and painted the stripes on rather than using stickers. It came out fair, better than it was but nothing near perfect. I’m o.k. with it though and most people probably will look right past it anyway. 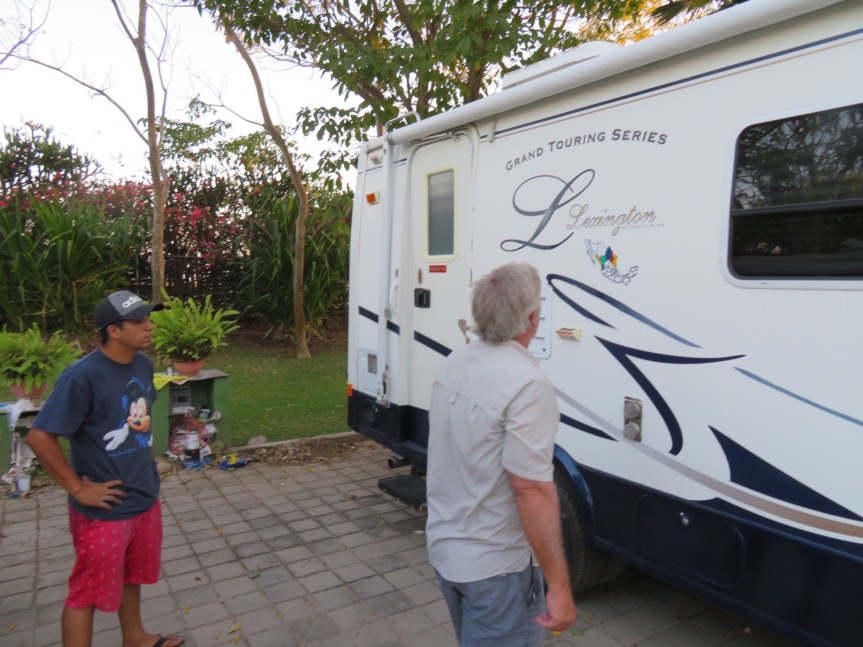 We got a couple deep tissue massages and spent some time wandering around the grounds.

Today, we packed things up, took the shuttle over to Mega and did a big grocery shop, then checked out of Los Arroyos Verdes and drove on up the highway back to Lo de Marcos. It’s a three day weekend in honor of workers, a Mexican version of Labor Day. Traffic was heavy coming the other way with weekend warriors coming out to the beach from Guadalajara and Tepic. The fruit stands and copper vendors were hoping to earn a few pesos and were out in force. 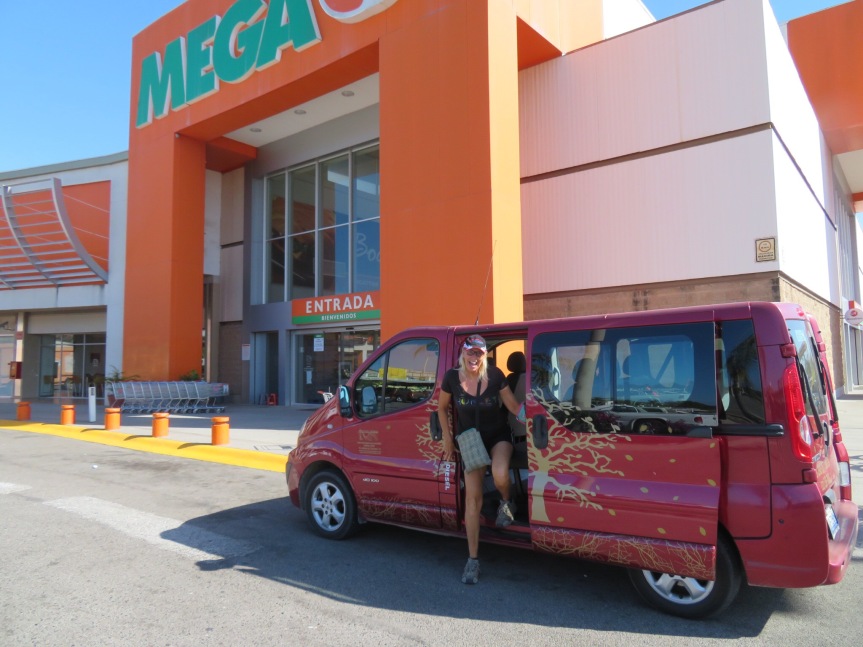 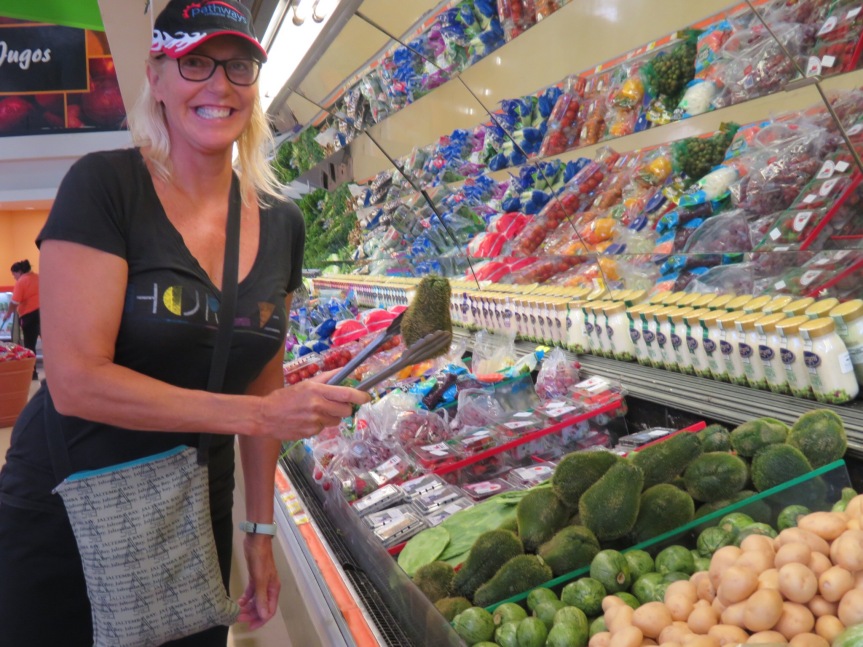 We pulled into the empty campground mid-afternoon and hauled all of our crap up the four flights of stairs. I was hoping Luis, the kid who rakes up, would be around to earn a couple of pesos carrying it up for us, but he was nowhere to be seen. Maria roused Bernardo to help. He carried a couple of bags up then disappeared from sight. 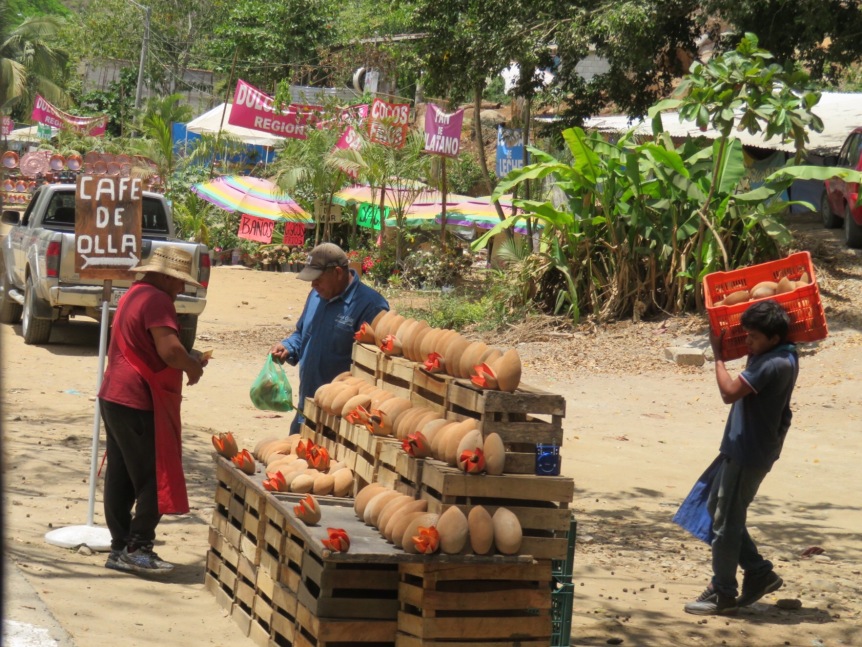 We got everything unloaded and semi-organized then I went down for a quick dip in the ocean. Water was cool and calm. There were a number of visitors loitering around under umbrellas and enjoying the warm evening. We ate leftover pizza and I sorted through a bunch of pictures on the computer. I’m going to have to start sifting through and tossing a bunch. The memory is getting close to being all used up. We’ve taken 19,500 pictures since we pulled out of Carlsbad last July. Kind of boggles the mind. I bet there’s probably 500 decent shots in there. It just that the amount of work involved in paring those down feels a little overwhelming. Manana.