Time has had a tendency to slow as we have settled into Warwick for an extended visit. The Fourth of July saw lots of local fireworks exploding throughout the neighborhood for the entire weekend. I guess a few years back some eager congress types decided to lift the ban and now Warwick is trying to give Mexico a run for its money as far as explosive celebrations go. The neighbors across the street must have mortgaged their house because the display they put on was almost Legoland quality and it went on for at least a half an hour. I could lie on the bed and see it perfectly out the window. No driving, no traffic. At least one house on every block launched an impressive array of fireworks. We could enjoy them from pretty near any window in the house. The dogs didn’t enjoy them quite as much.

We went for a drive around the local beaches and had a look around. Big crowds and lots going on. If clam cakes were on your agenda, be prepared for a wait in line. The weather was beautiful and people were out in force. We returned home, barbecued and watched the neighborhood displays. 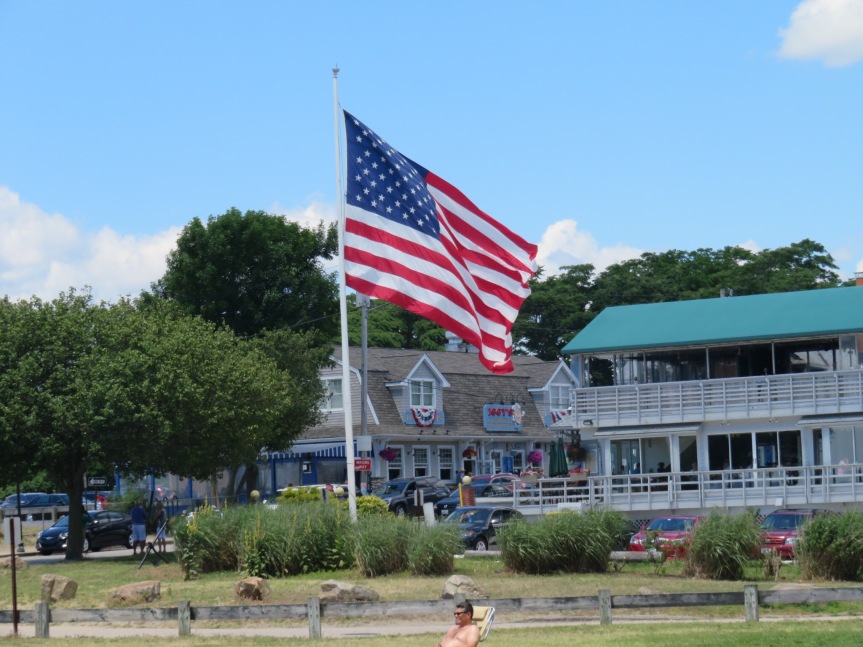 PJ signed us up at Planet Fitness, so we pop in there a few days a week. We ride our bikes to the local AA meeting then continue on to the gym afterwards. We’re meeting a few new people but mostly sticking close to home hanging out with Carole and Pete. 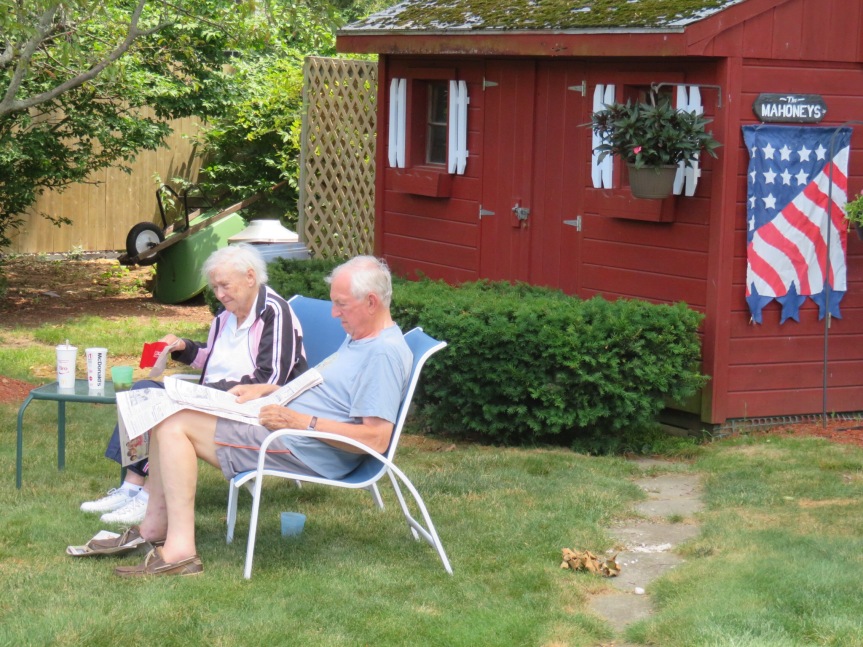 Cali continues o have issues: not eating, some kind of joint pain and just staring forward like a canine zombie so we took her in to the local vet for a check up. After spending a few hours and a large sum of cash, we left not much better off than we started. She has some GABA-pentin for joint pain and is pretty much on her own as far as anxiety and whether she decides to eat or not. There’s some blood and poo work still to be analyzed so maybe we will find a remedy there.

Lounging in the yard, swimming in the pool and walking the dogs around the neighborhood. Feeling a little lackluster and uninspired for blogging.

2 thoughts on “The Fourth, Family and Fireworks”