Is that even correct to say any more? Pete and Carole had been out running some errands and had stopped by the beach down in Narragansett. Pete was excited about the sunny weather and offshore breezes blowing the spray off the top of the waves. He strongly encouraged us to head down to the shore and spend some time on this unseasonably hot September afternoon. Who were we to argue? We loaded up our chairs and drove down to the the Narragansett Town Beach parking lot and found ourselves a parking spot near the fence. 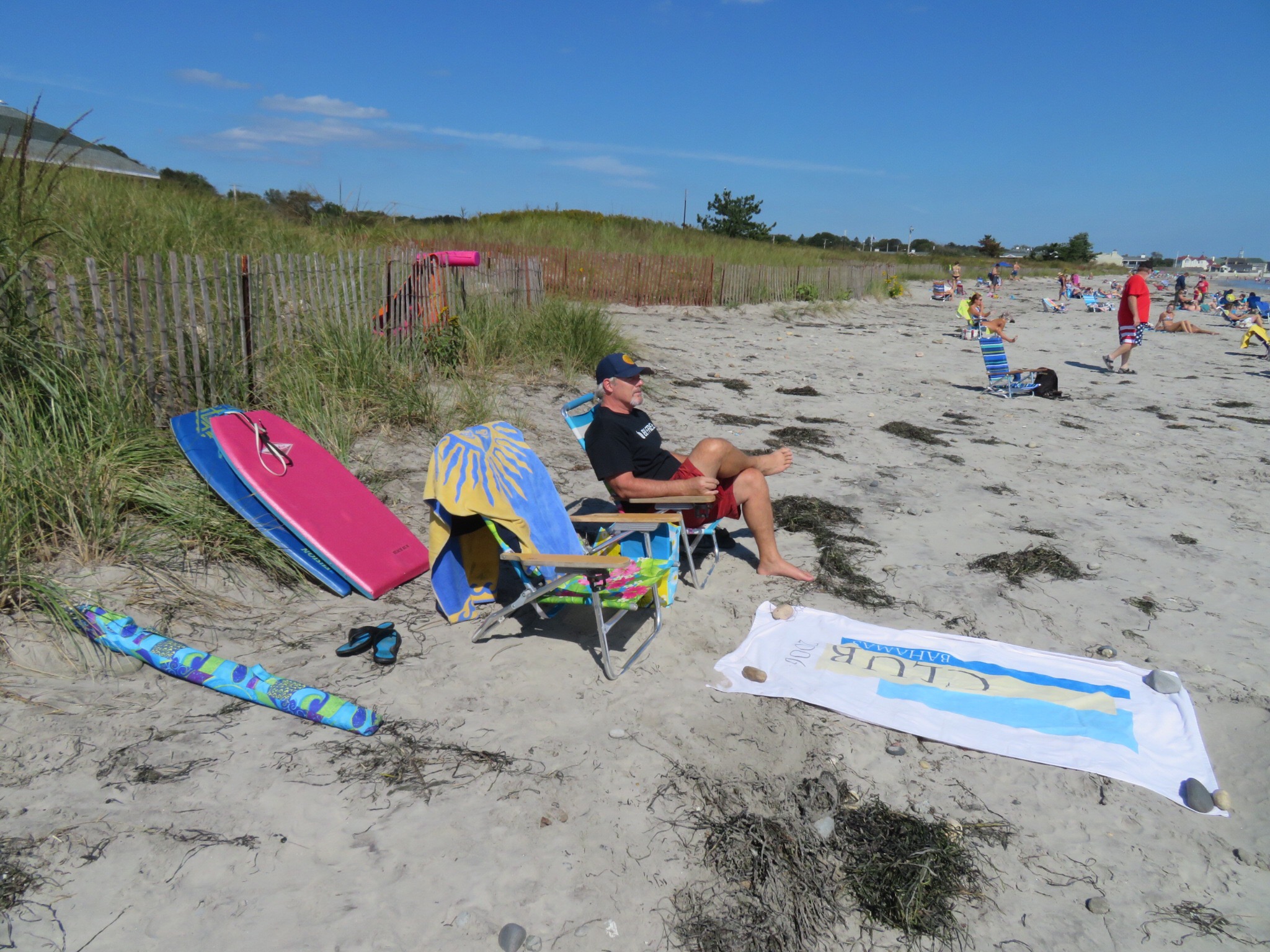 There was a moderate crowd hanging out enjoying the warm rays of the sun. It was in the eighties and the water temperature was in the high sixties. We parked our beach gear along the sea grass and took the boogie boards out for a splash around the inside waves. There were some large close outs rolling through with that east coast wind swell, wave after wave consistency that made it hard to get out past the shorebreak. The water was brisk but after getting totally immersed it was refreshing and the hot sun made up for the coolness of the ocean. We caught a number of fun reforms on the inside then relaxed for a while in our chairs drying off and people watching. I was surprised by the number of senior citizens out frolicking in the surf on boogie boards- grays on trays. 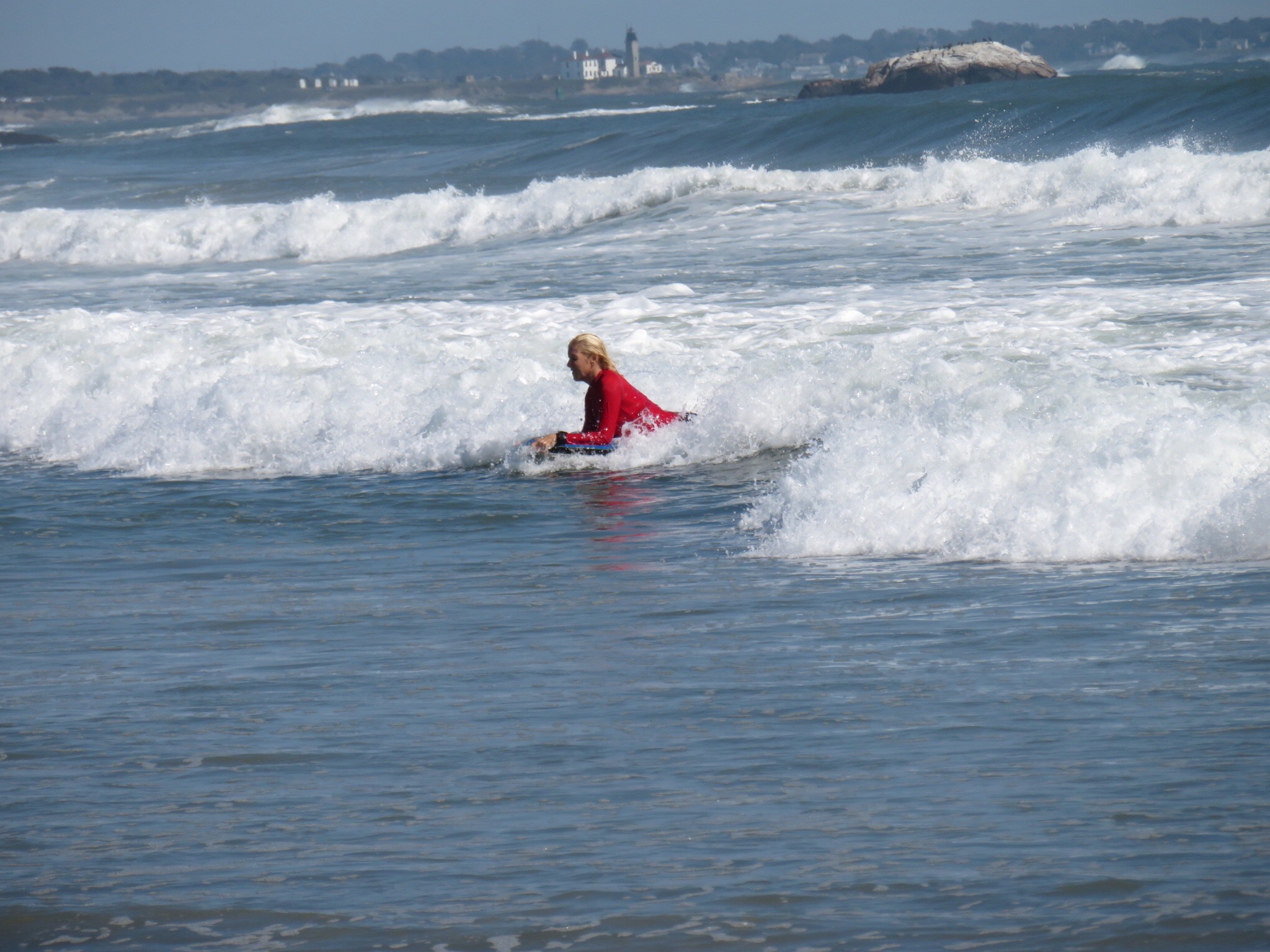 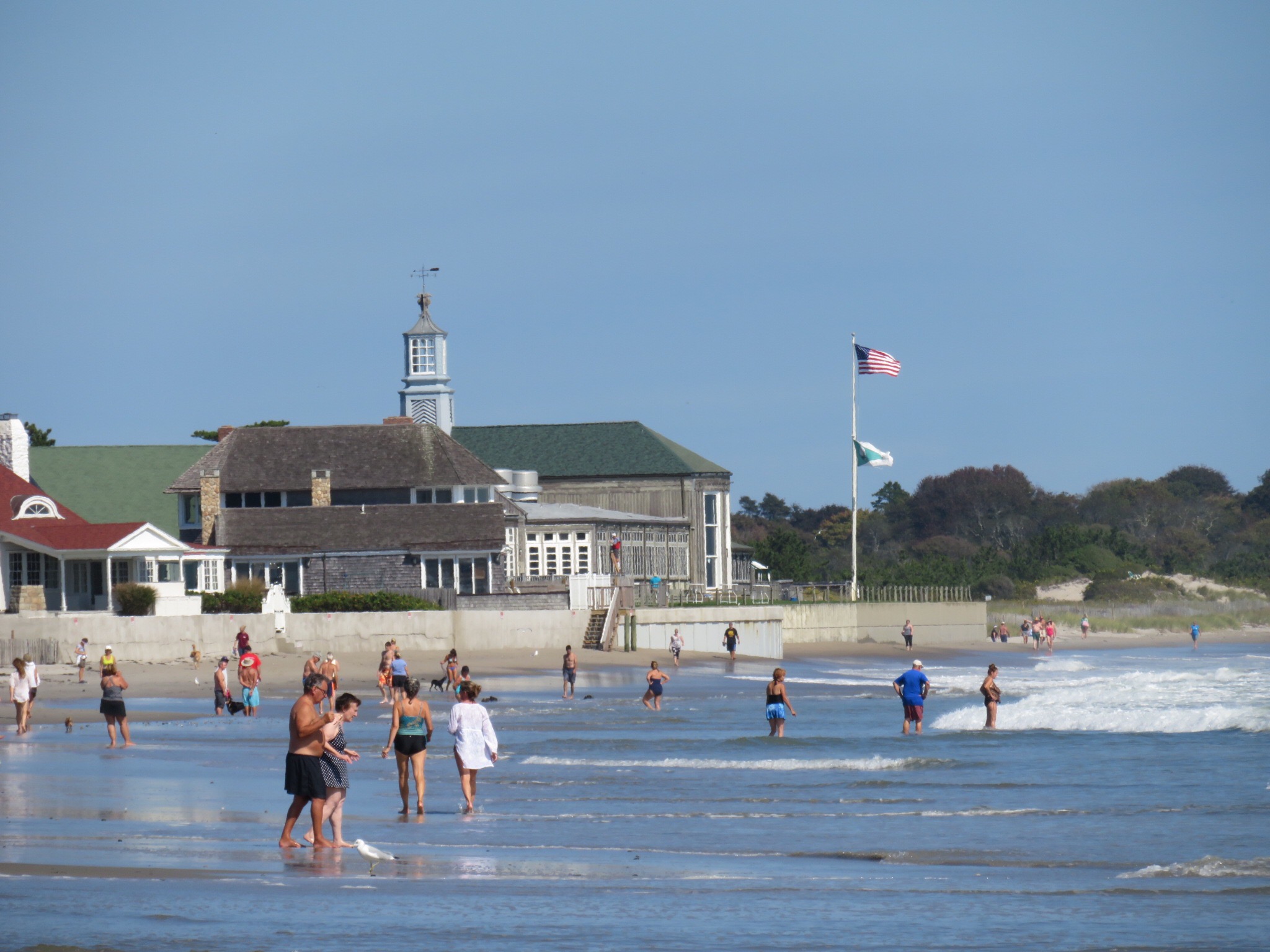 After lounging a while, we got up and took a hike down the beach to the mouth of the Narrow River. There were some boats tied up along the sand spit and people were having a beach day playing with their kids and dogs along the narrow sand point. Waves were crashing along the rocks outside and seabirds were nesting out on the islets. 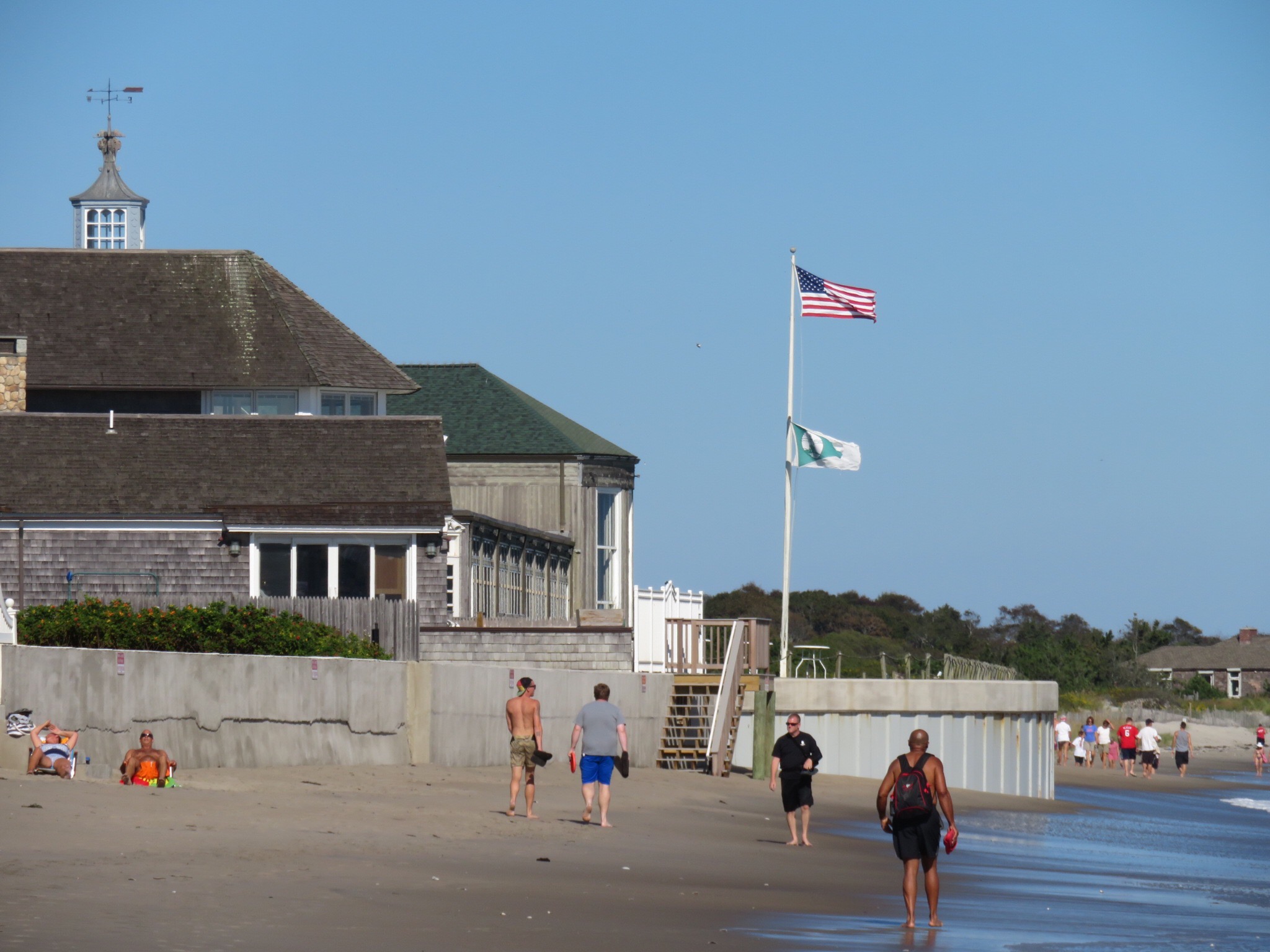 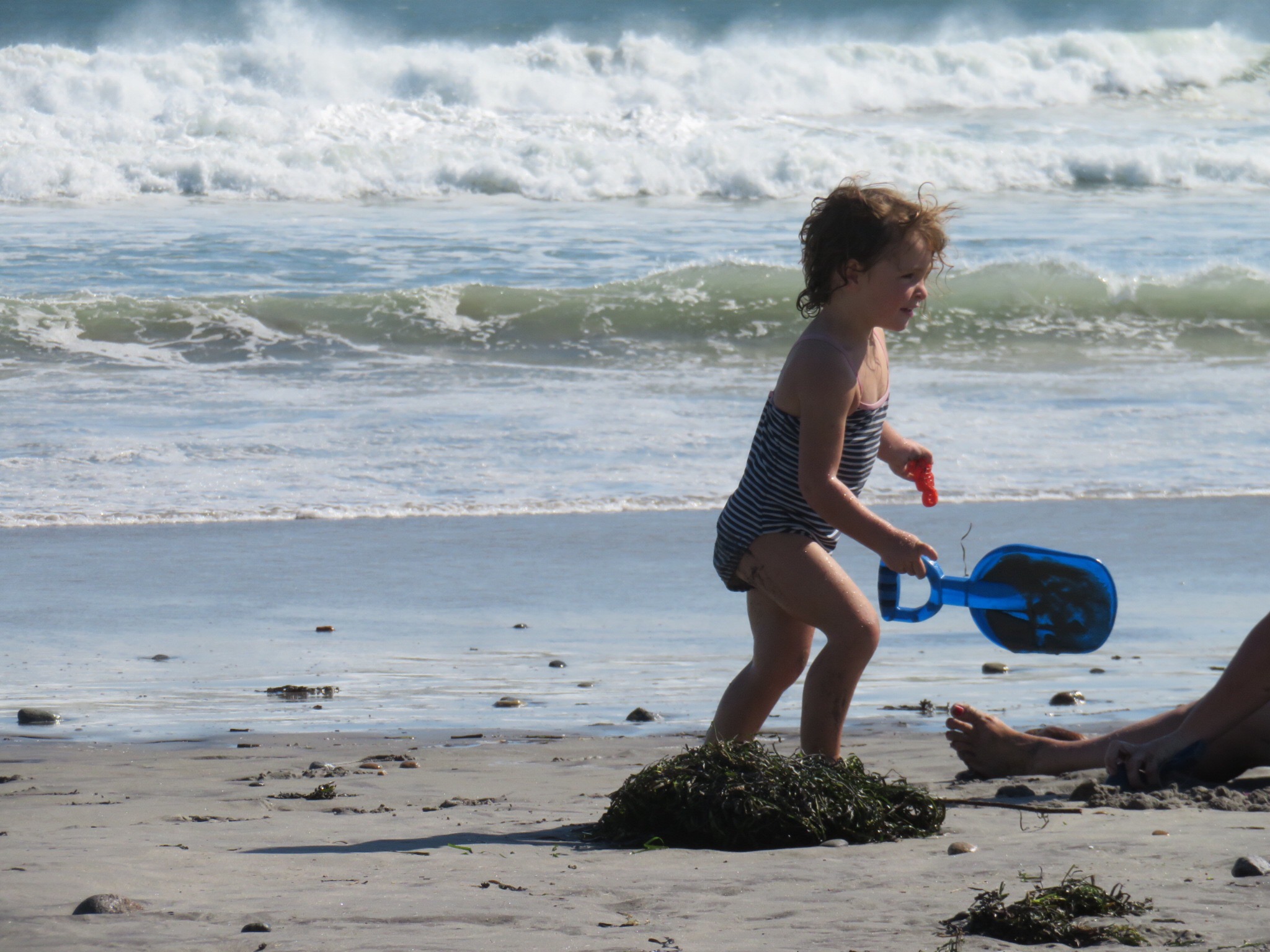 We walked back running around the sea walls between sets to avoid getting caught by the bigger waves that were rushing up against the walls. People were extra friendly and there was a holiday feeling about the air as everyone was pleased at this bit of an extension on the back end of the summer season. We picked up a small sunburn and returned home feeling the serene restfulness time along the sea gives a person. 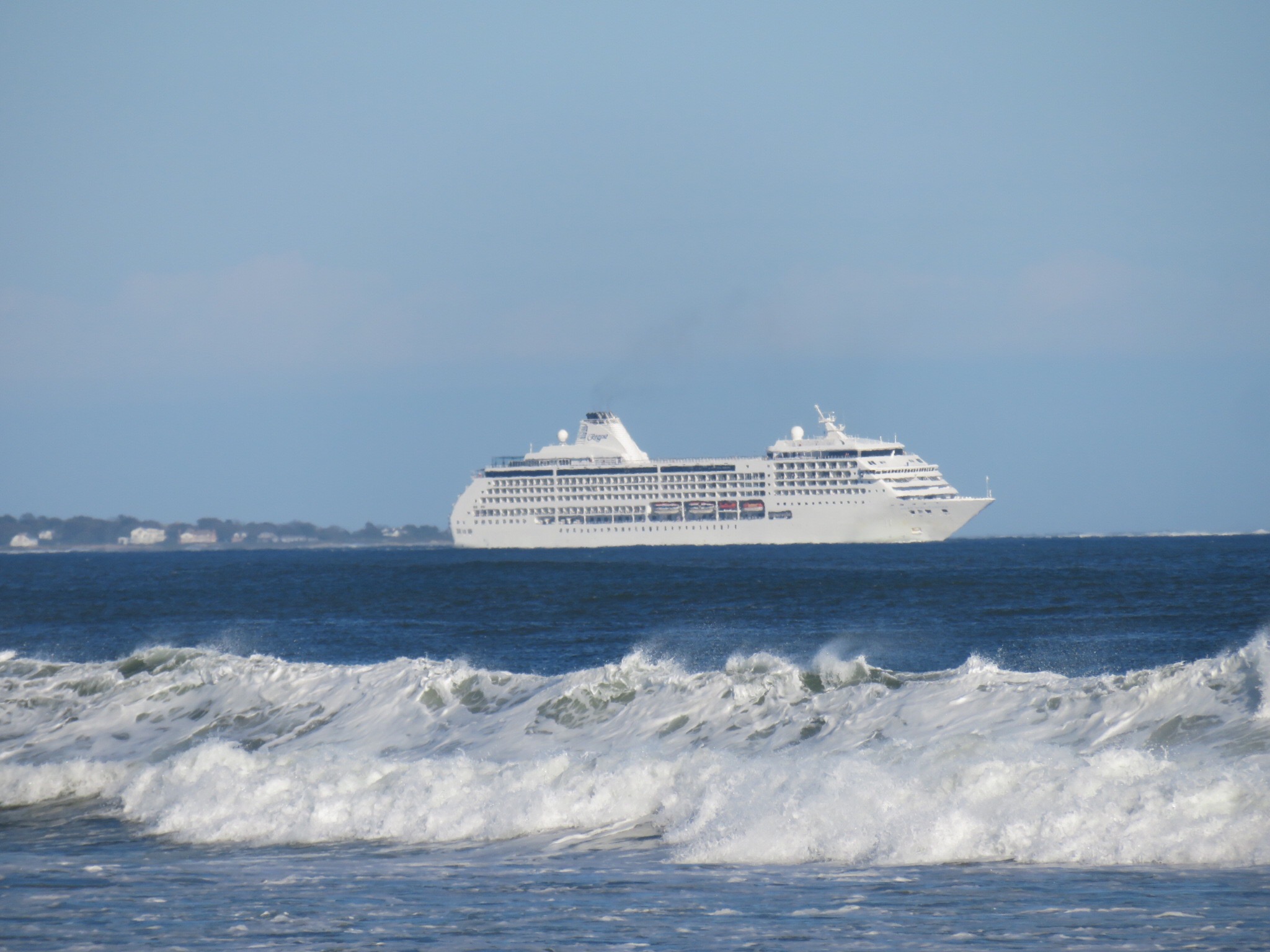 One thought on “Indian Summer”