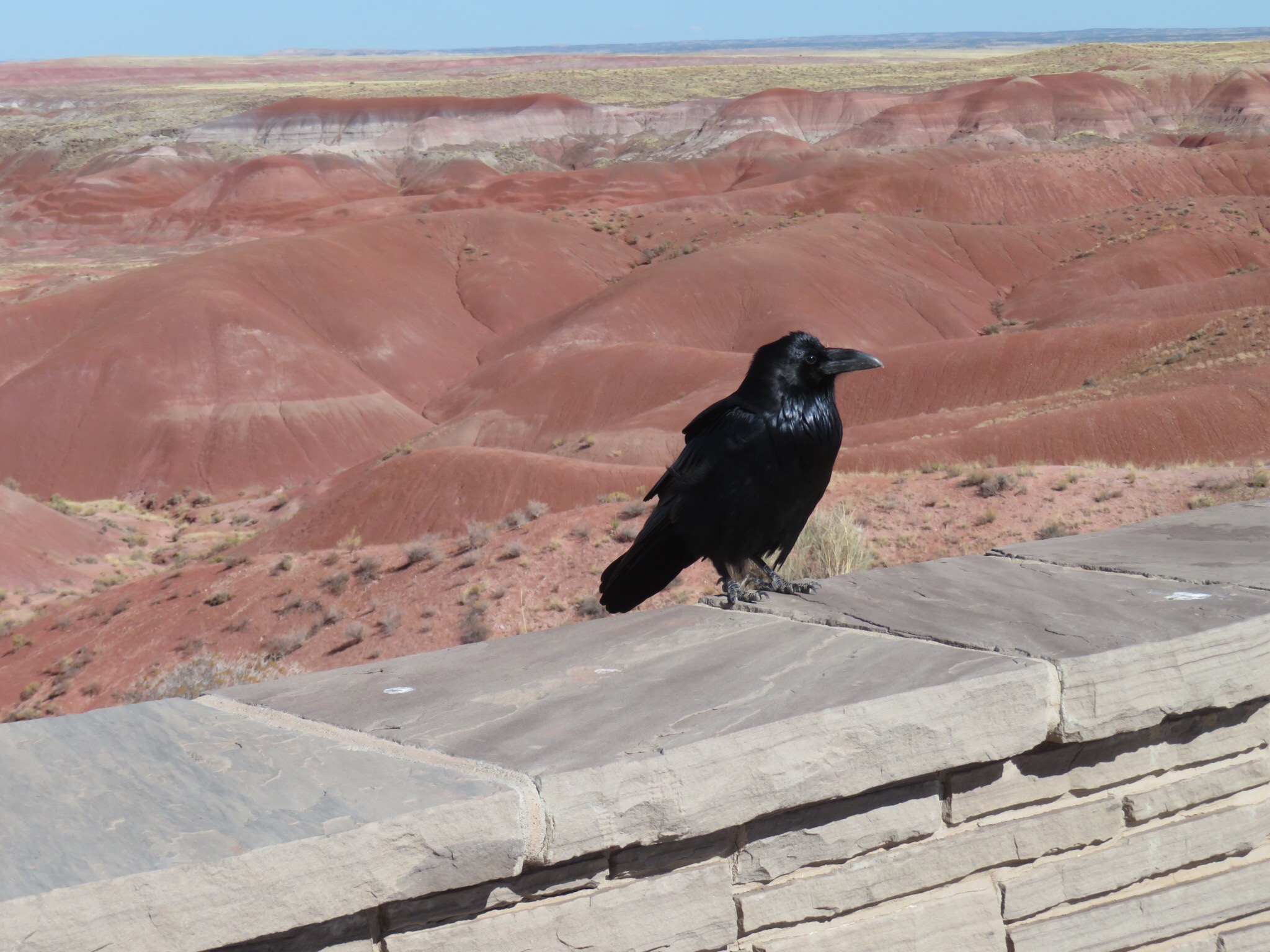 Took the dogs out in the tumbleweeds for their morning walk. They were none too impressed. We walked through the blowing dust up to the office to take advantage of their continental breakfast, instant oatmeal and toast. PJ found some Raisin Bran and fixed it up. Nothing special, but hey I think it’s the first free campground breakfast I’ve yet to see, so can’t complain too much. 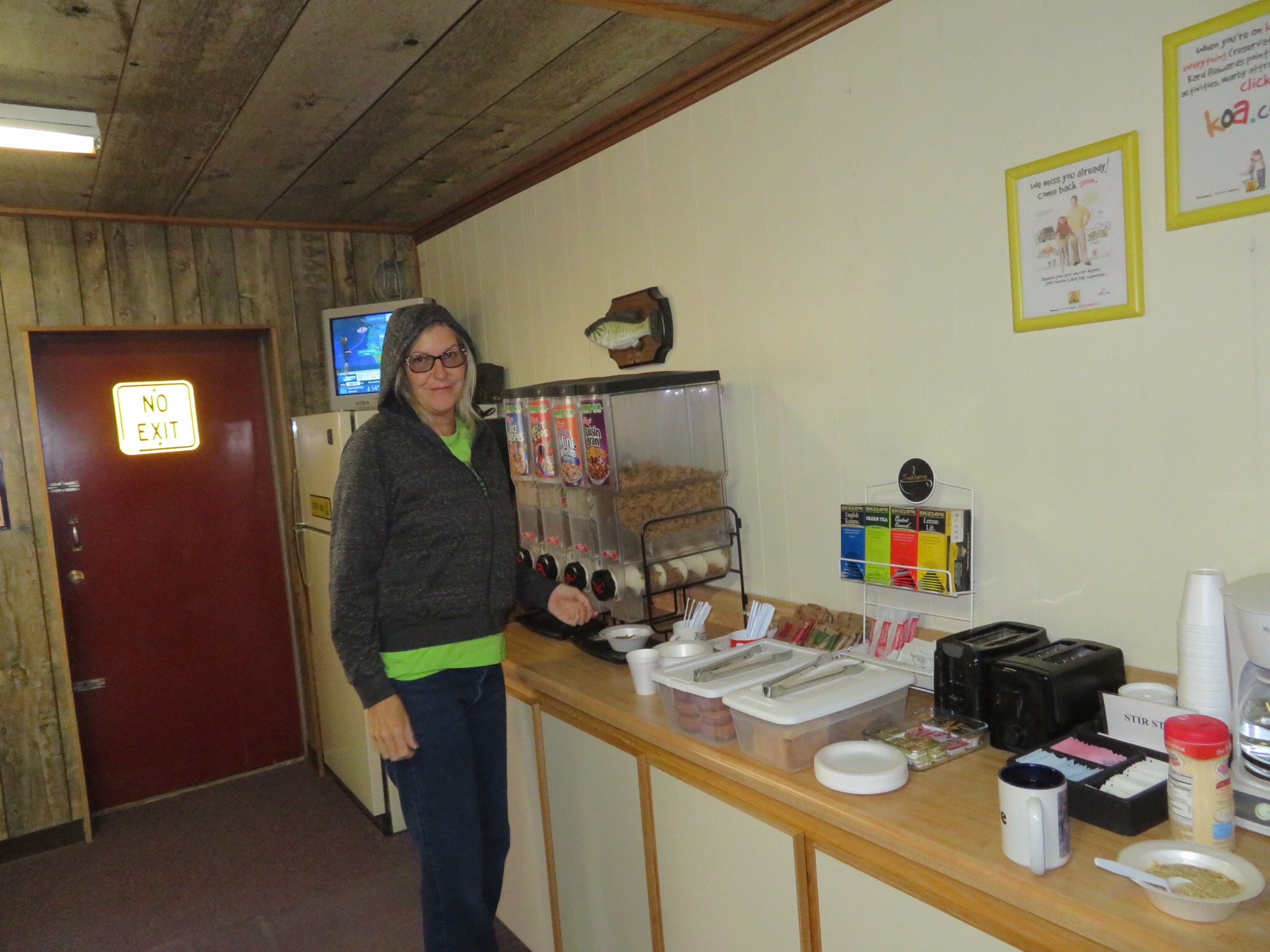 We went out to take our licks on Route 66 at about 11:00. If the wind could be worse than the day before, it certainly gave it its best shot. We were blowing all over the place. We exited at a Love’s truck stop for gas and when I hopped out of the cab, I twisted my ankle stepping into a big pothole in the gas pump area, almost as big as the famous meteor crater. Full pop, almost went down. Some oldies pumping gas were checking up to see if I was alright. G@#% Love’s. I limped around and got the gas pumped and windows wiped, but it put me in a funk. Nothing to do but jump back into the vortex. 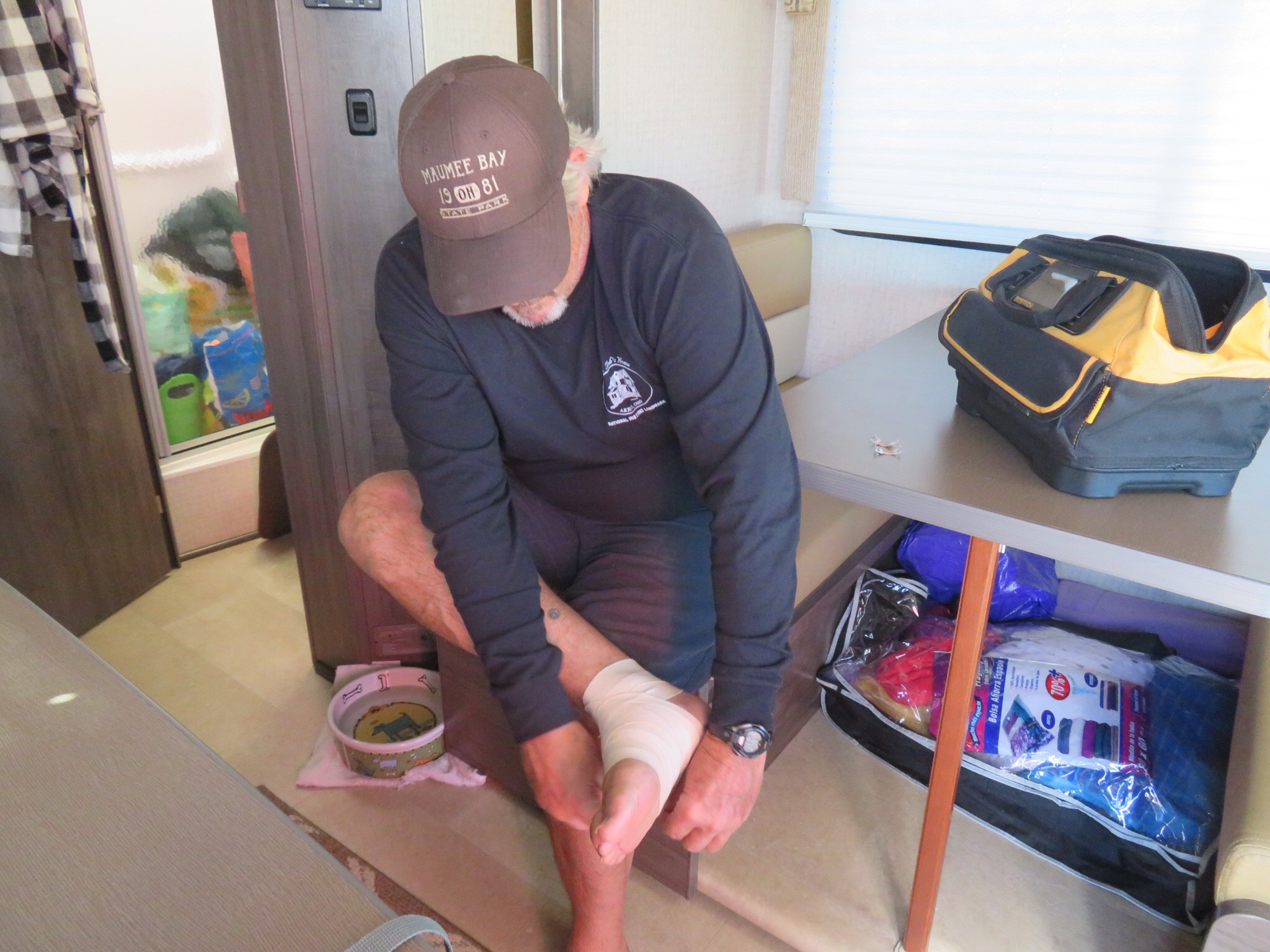 About an hour or two into our wobbly ride, we came upon the Petrified Forest National Park. Having never even laid a brush on the painted desert, we decided to give it a look see. We paid our fee to a genial ranger at the kiosk and began our tour of the park. There were not many tourists out and about on this blustery day, so in each parking area we pulled into there were only one or two, if any, cars in the lot. We started off being greeted by a welcoming raven at the overlook for the painted desert. 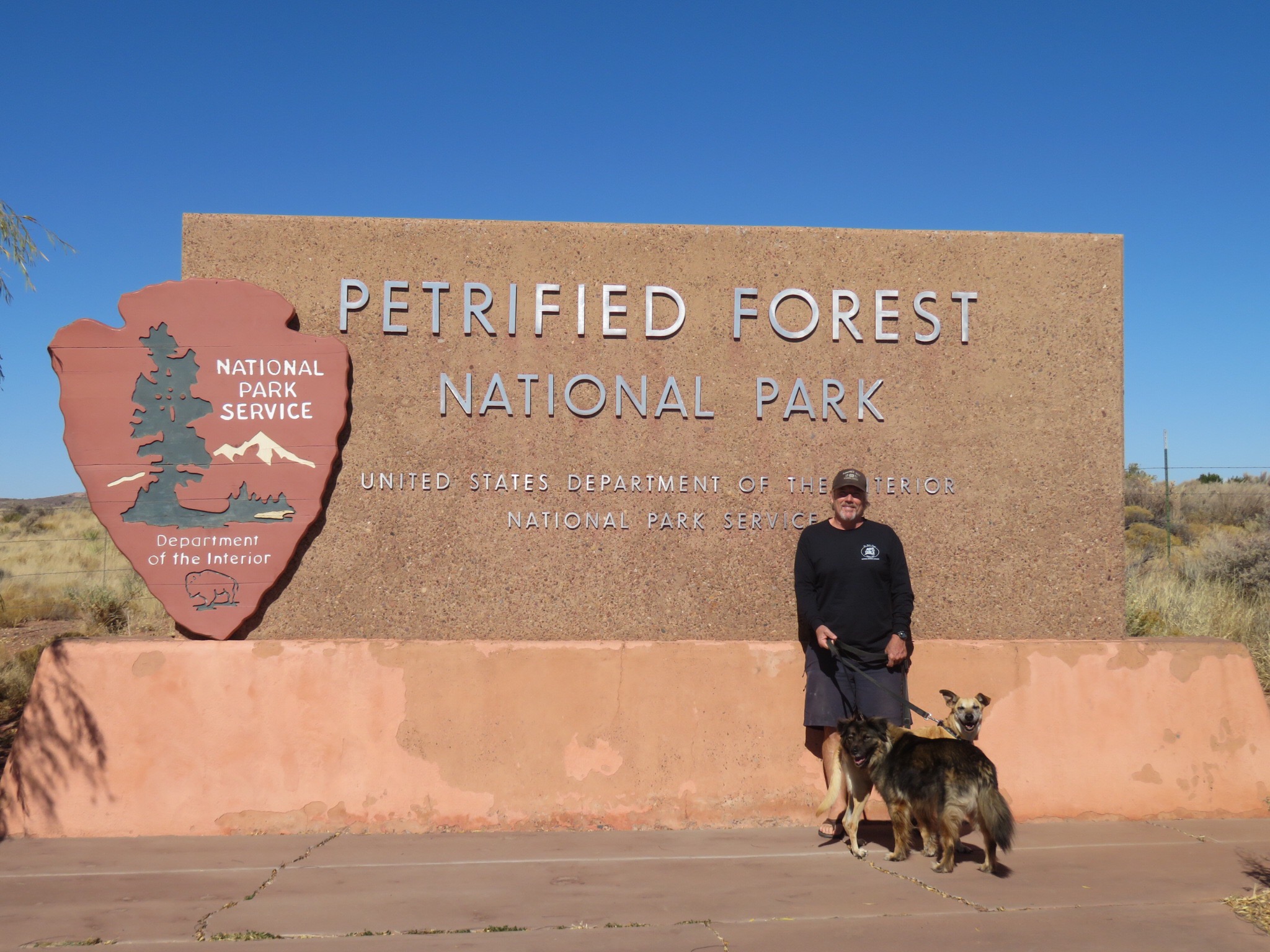 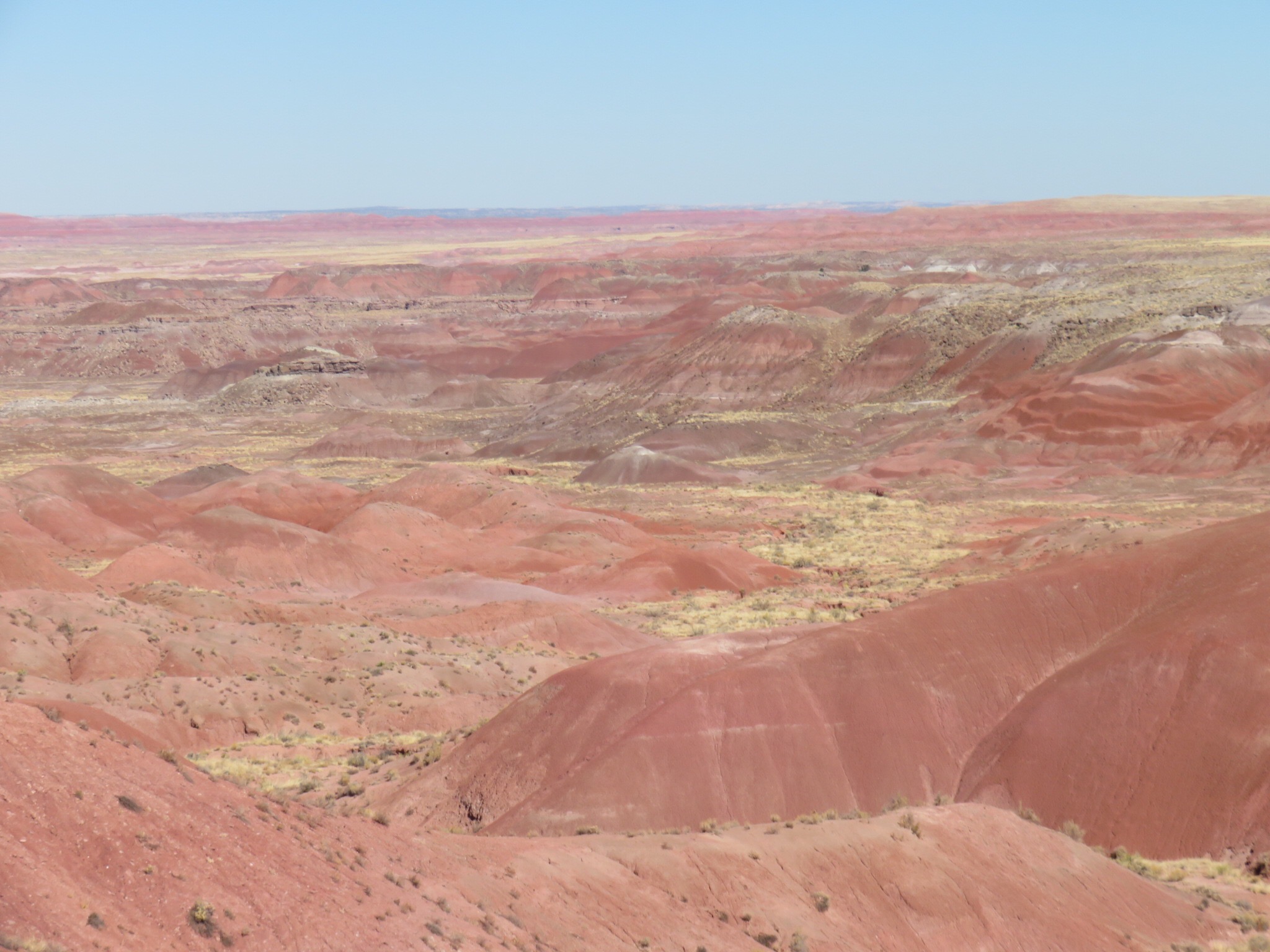 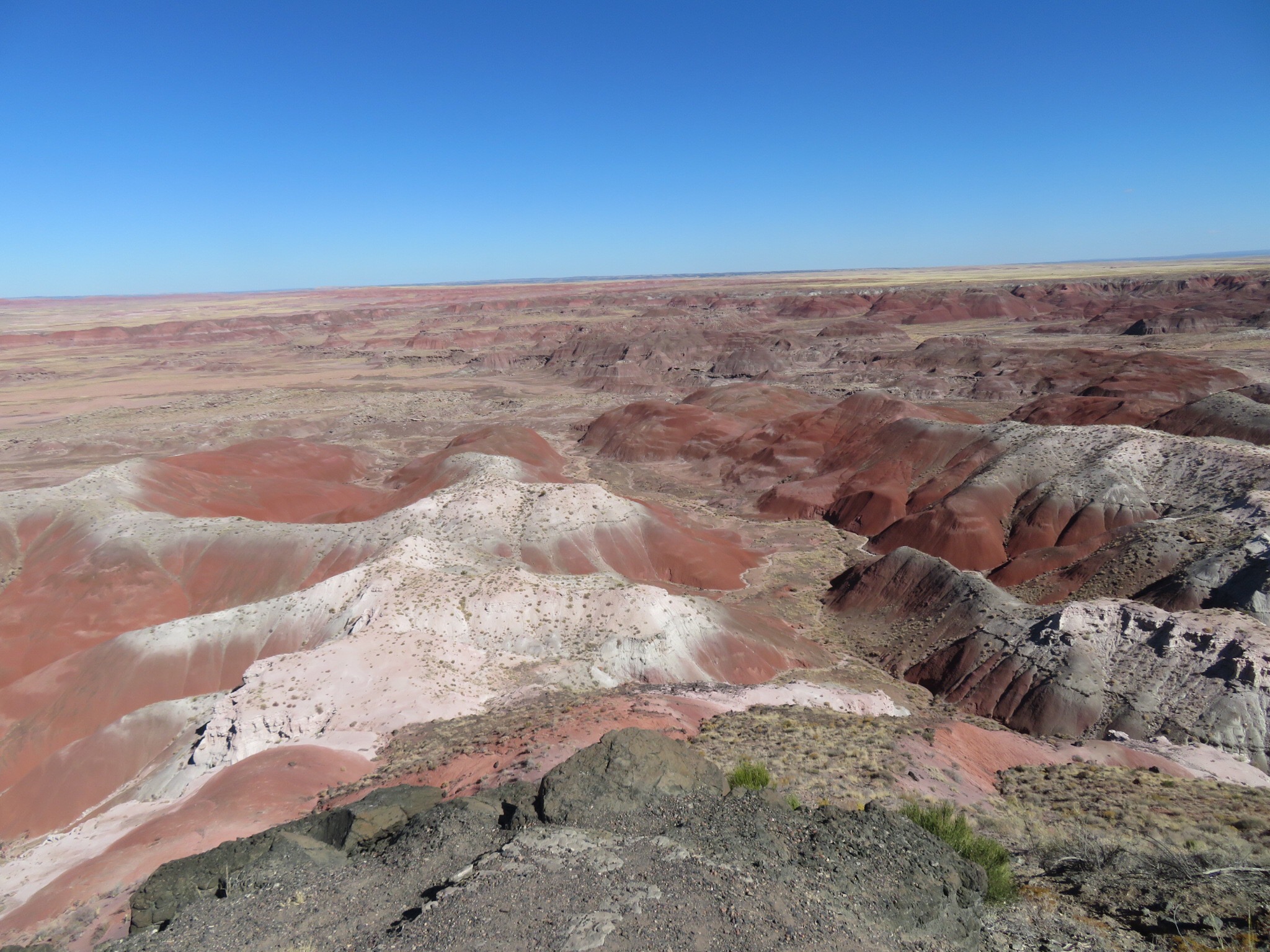 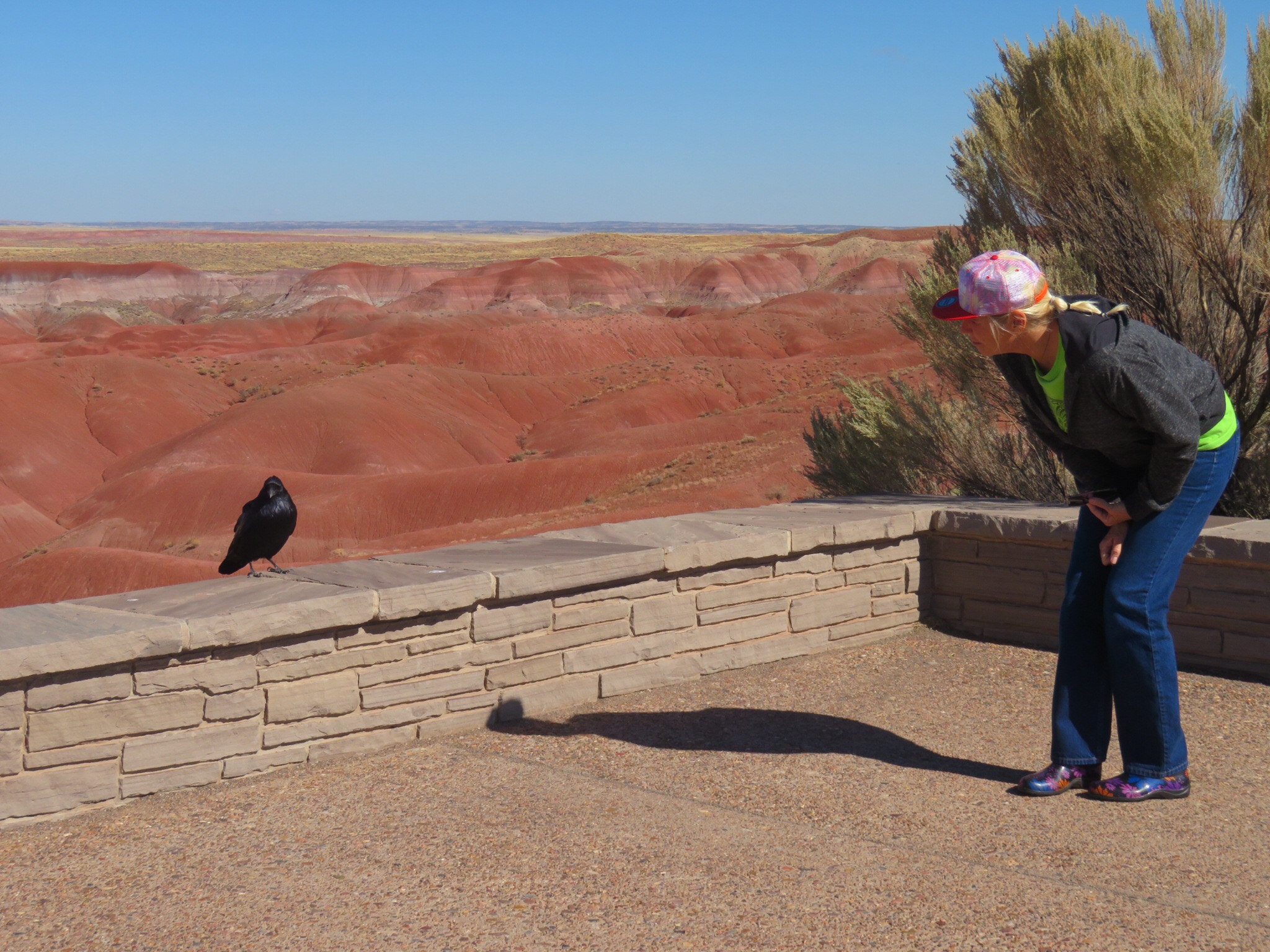 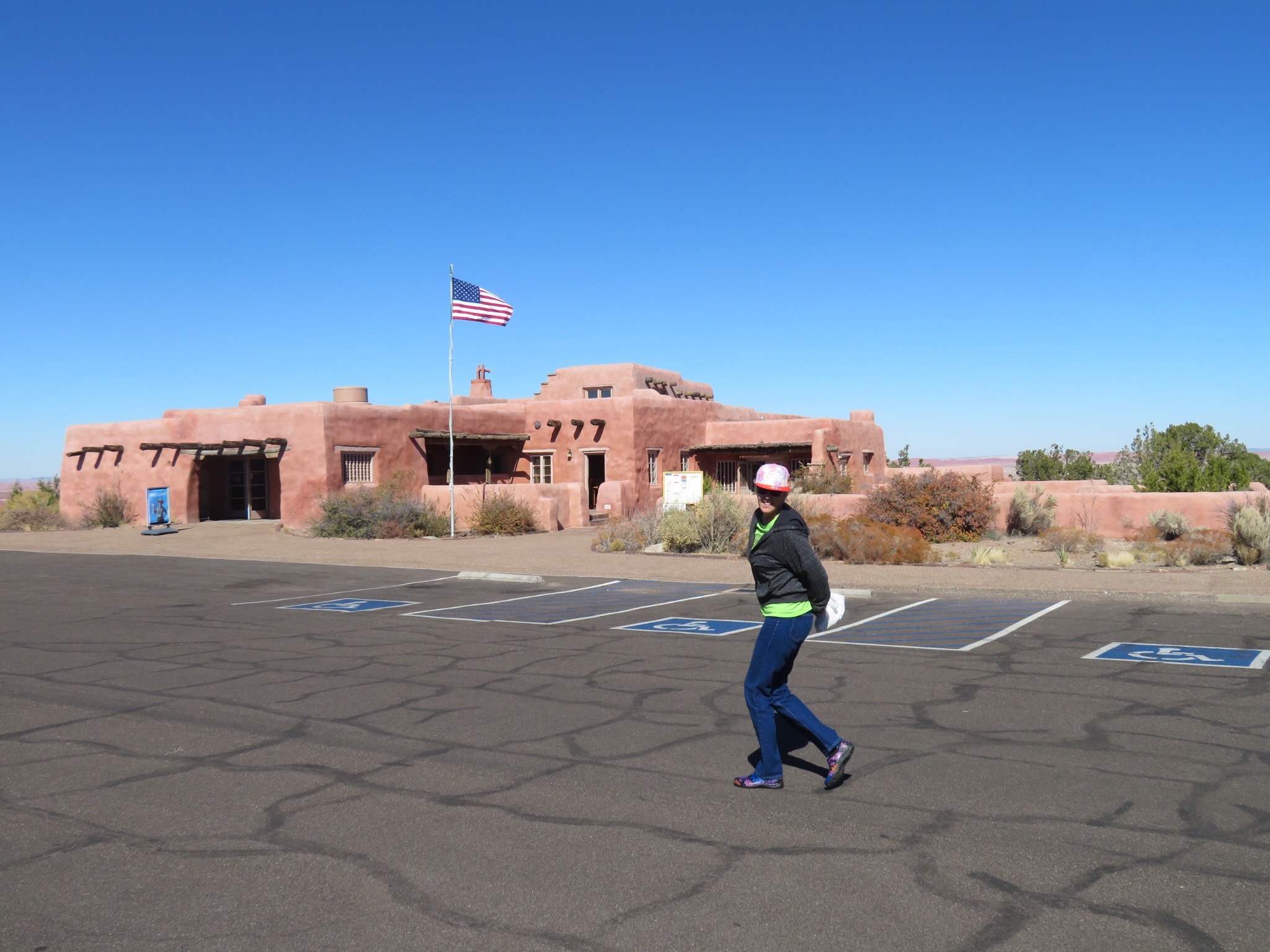 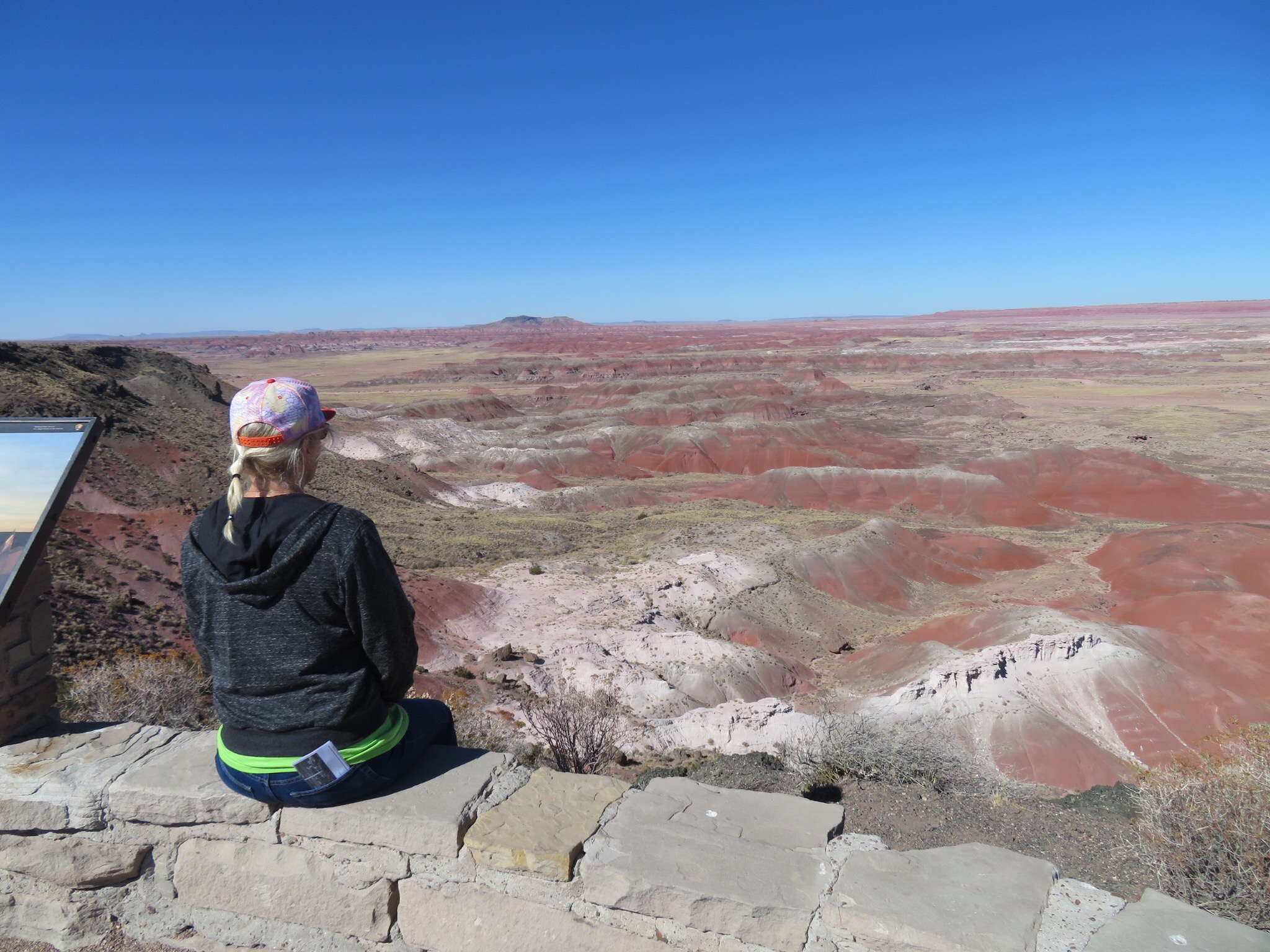 The road through the park covered 28 miles of varying landscapes. Every few miles we would encounter a point of interest and small parking area where would stop and get out and maybe hike a short way to see some cool site. Couldn’t do too much walking around with the bum ankle, but we gave it a go. All in all we spent around three hours weaving our way through the park. 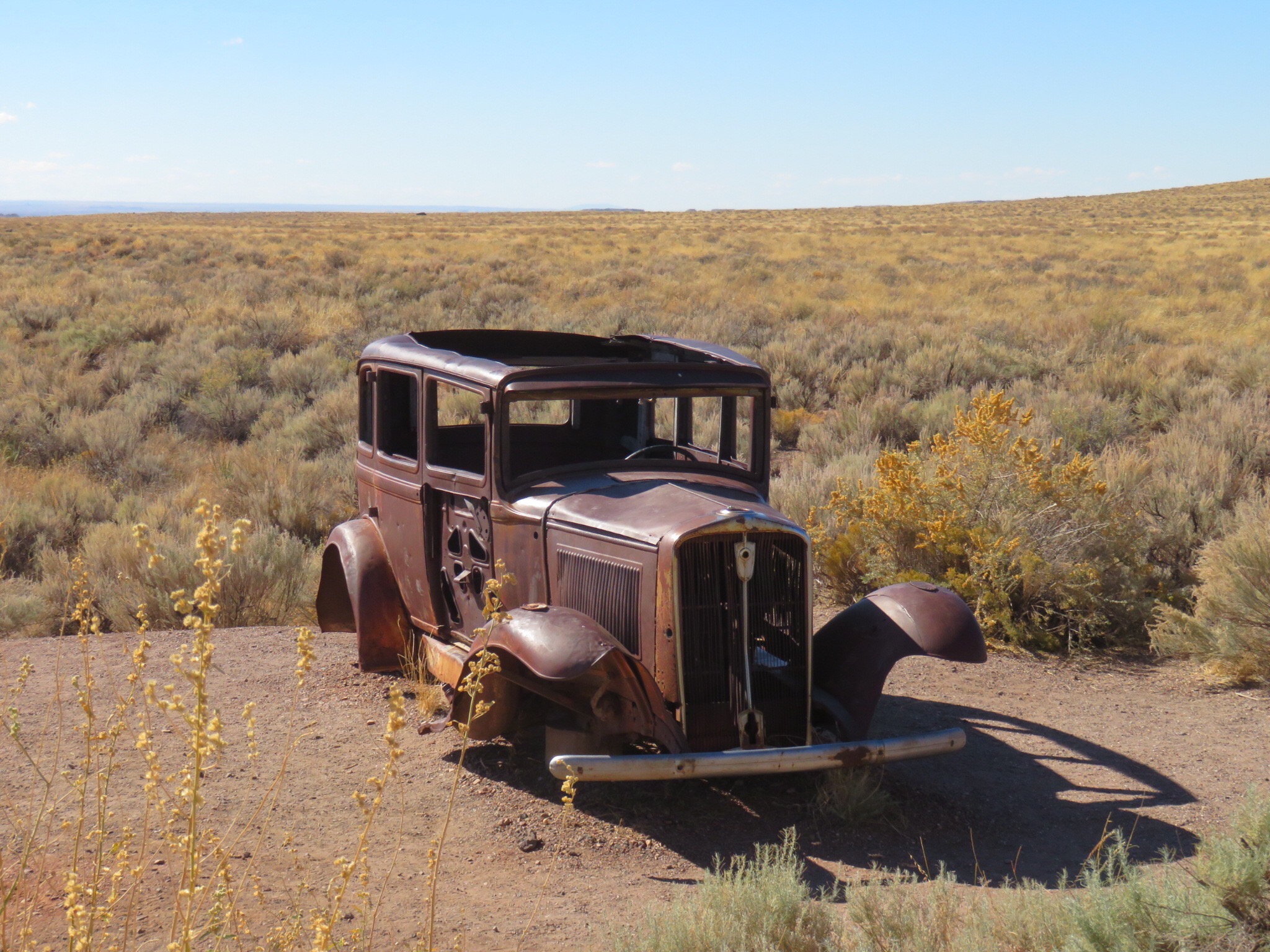 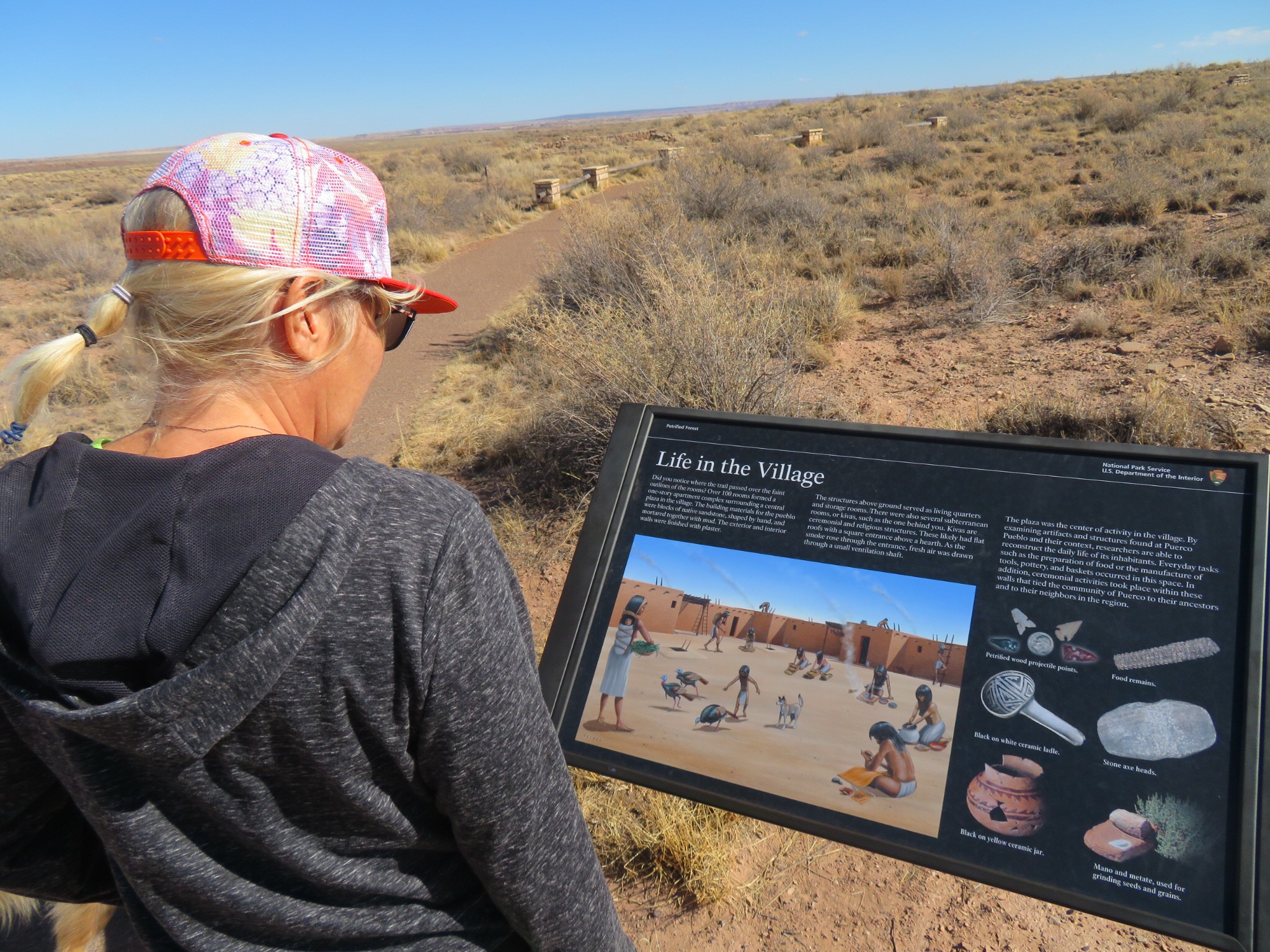 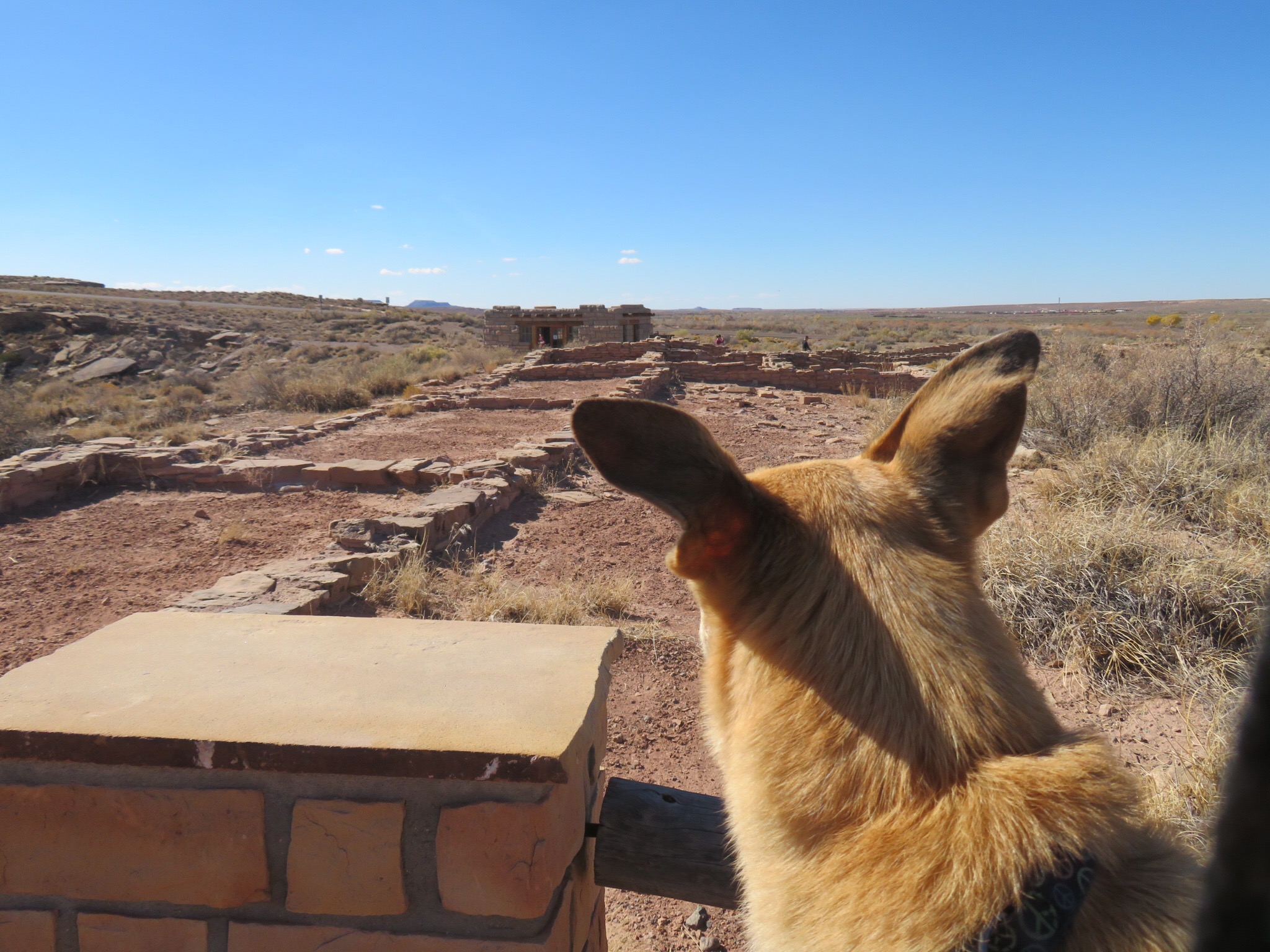 Cali checks out some ruins 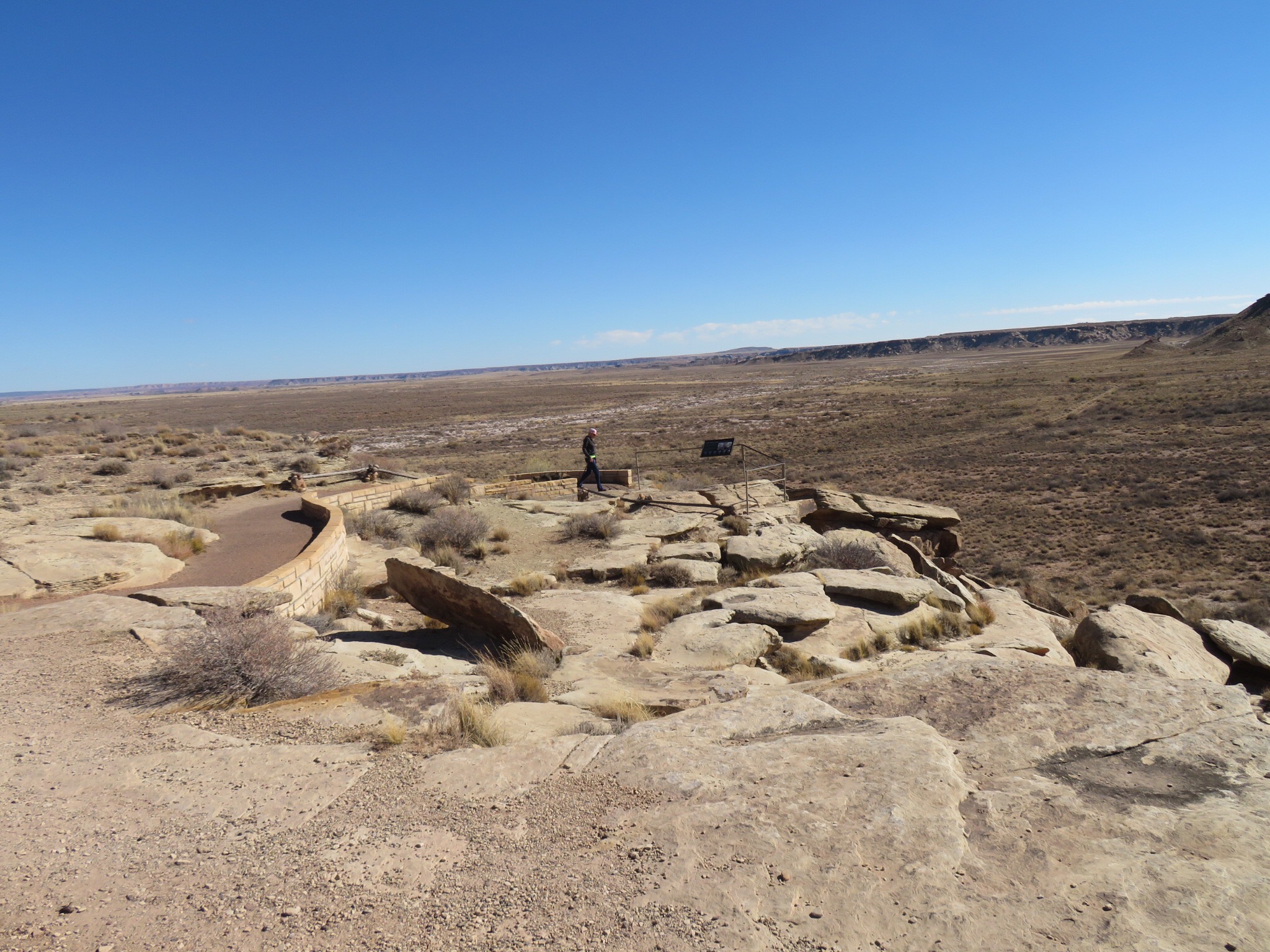 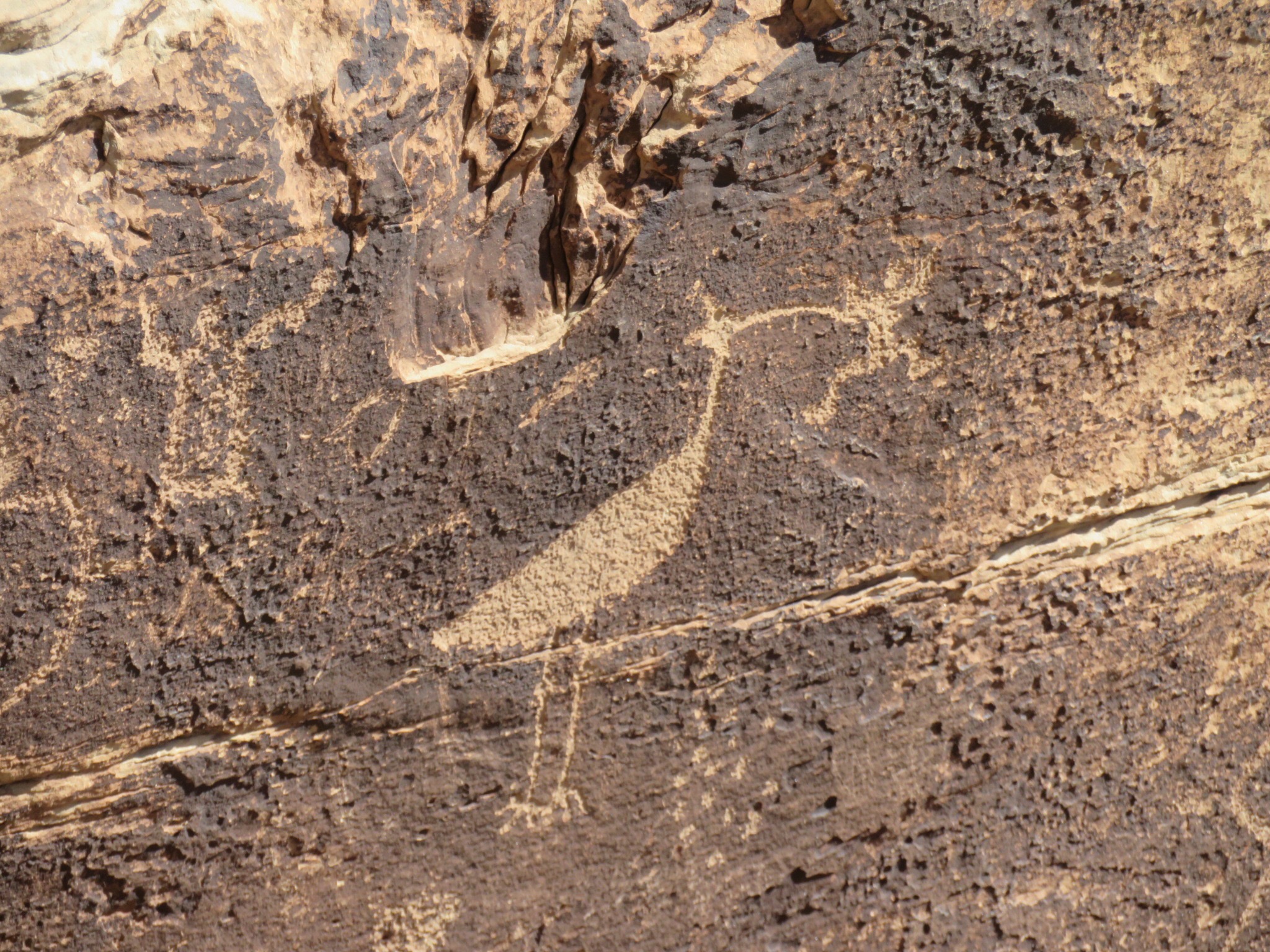 Then on to a set of petroglyphs known as Newspaper Rock. We stood with a gaggle of Euro tourists at the lookout jockeying for a turn on the pedestal binoculars provided by the park. 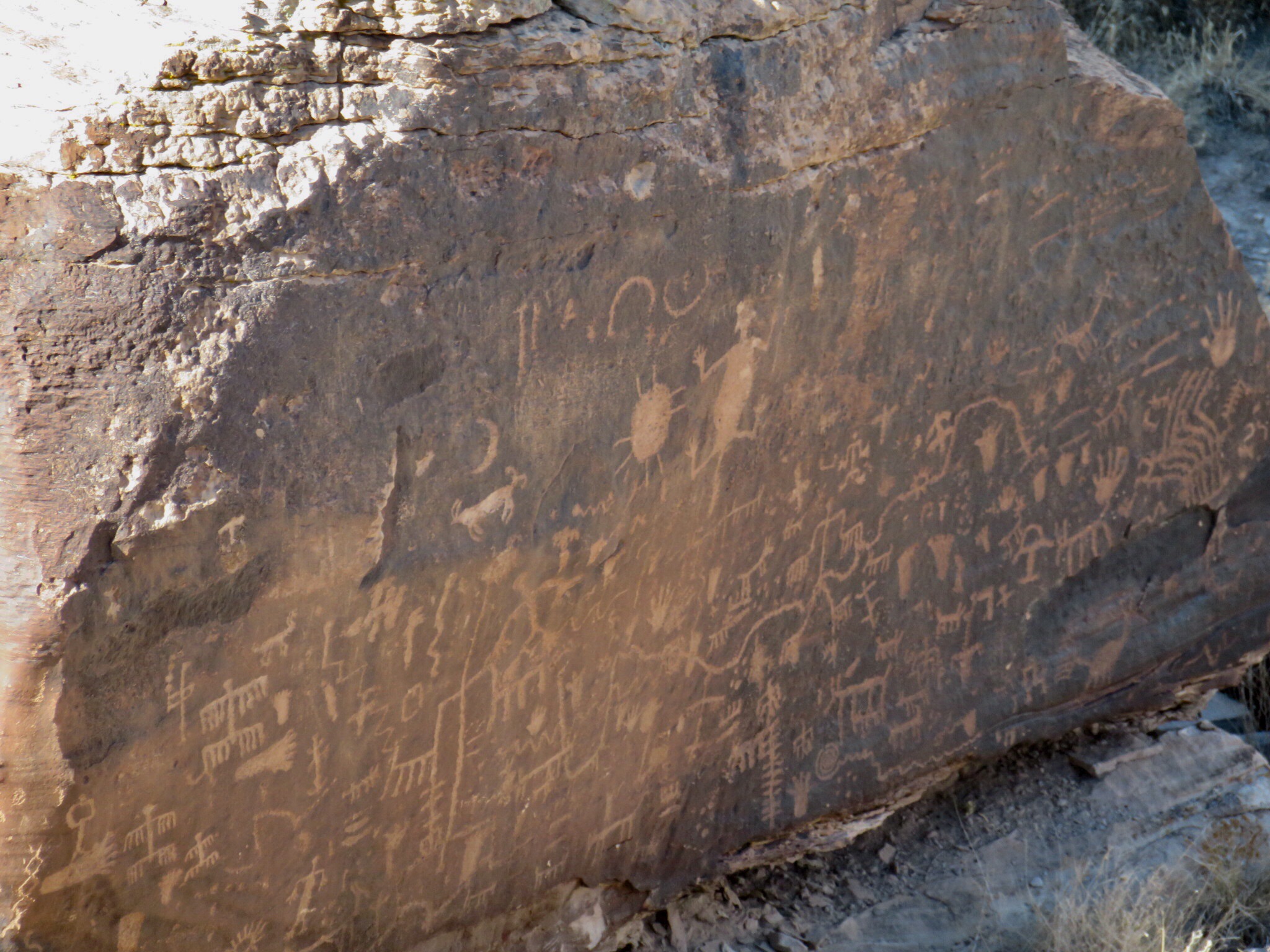 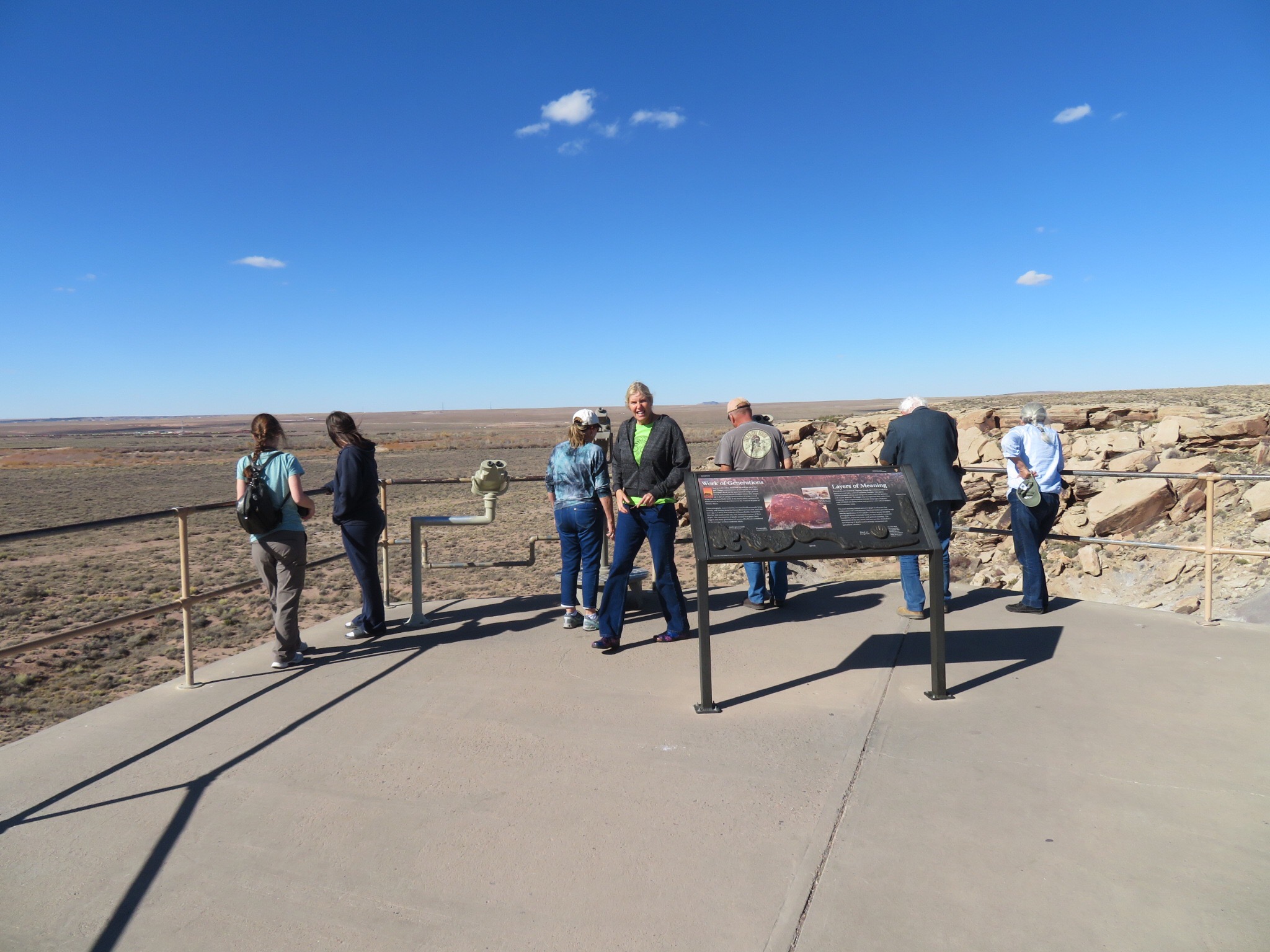 After Newspaper Rock, it was on to the Blue Mesa 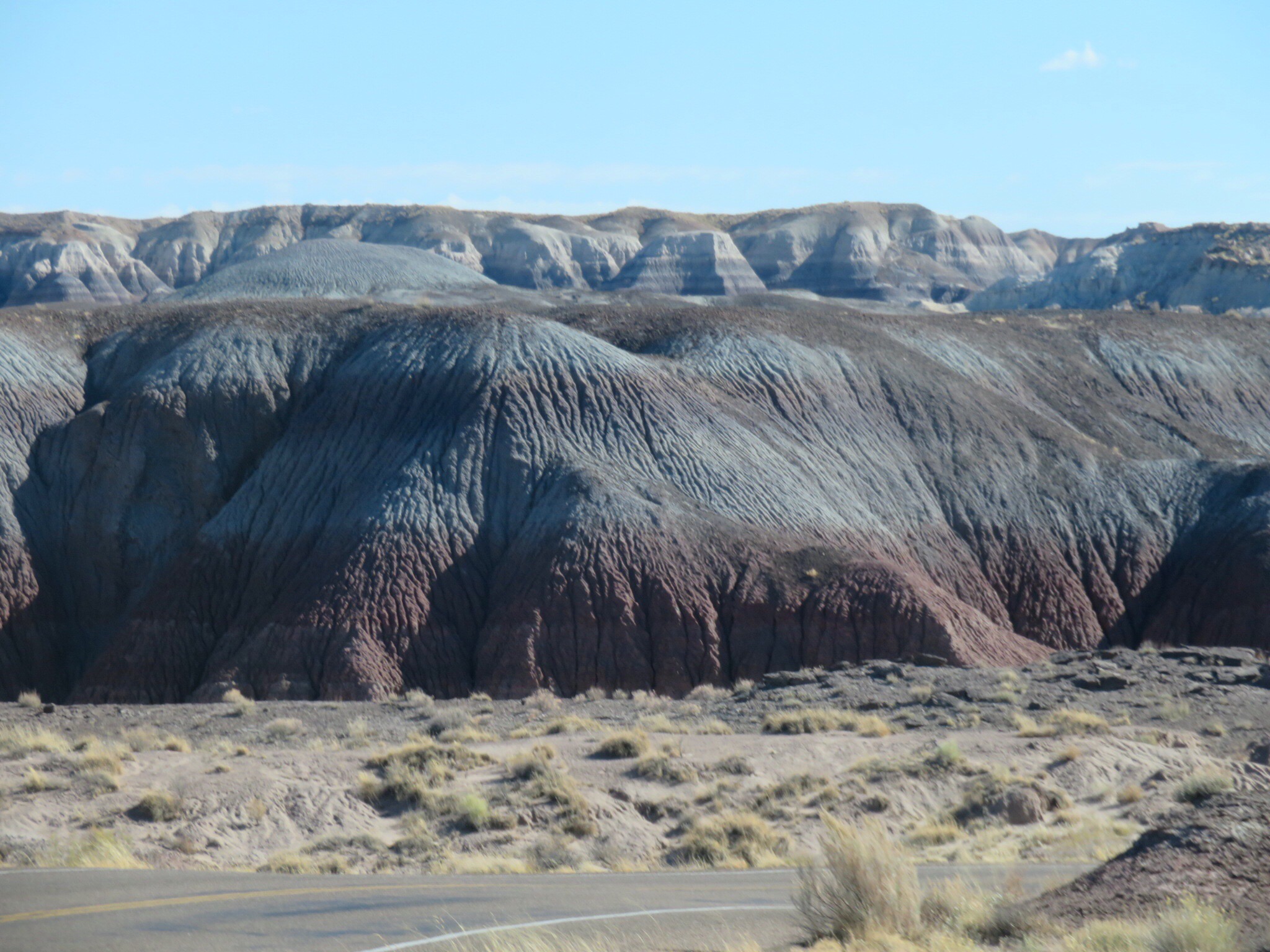 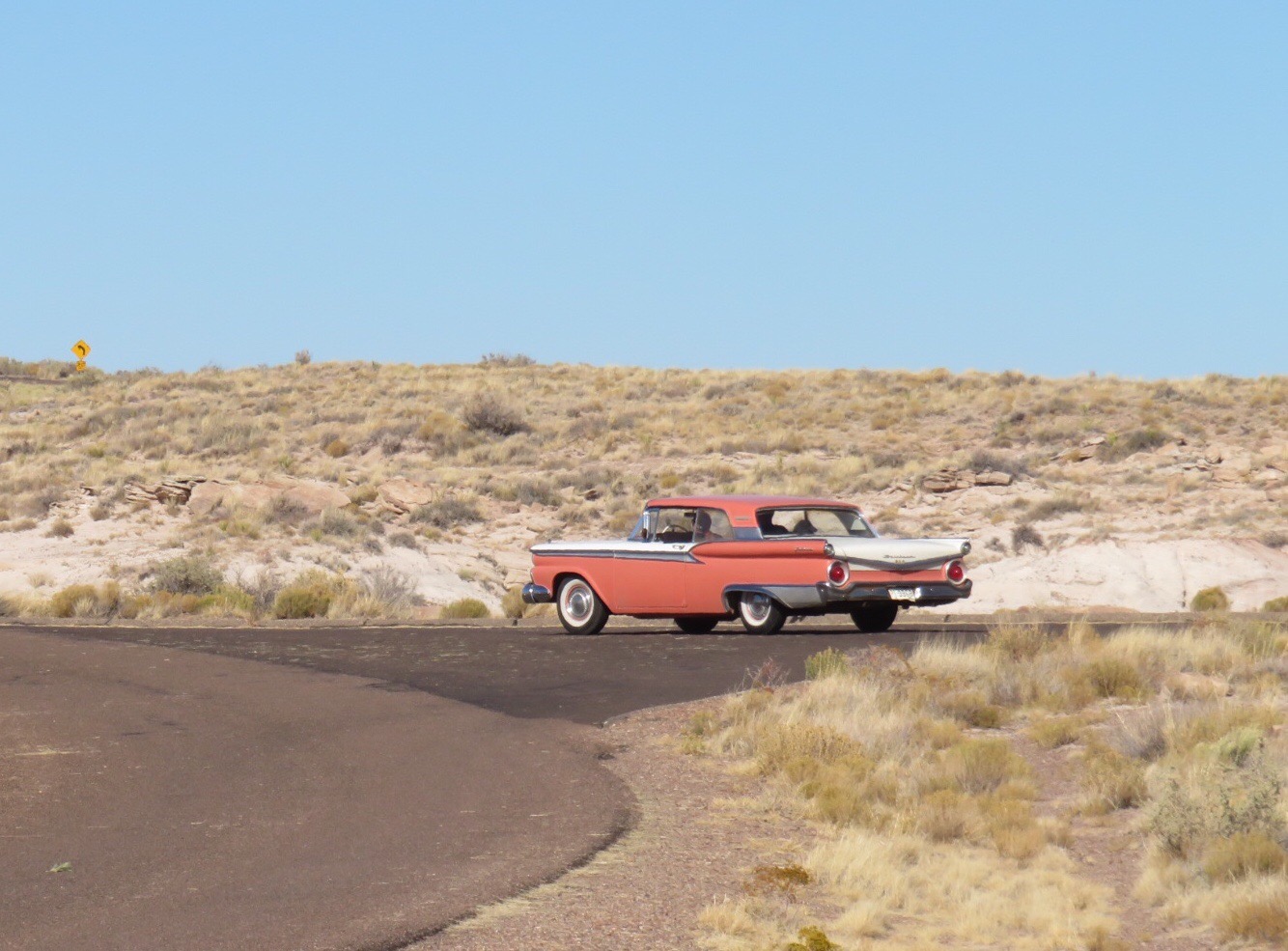 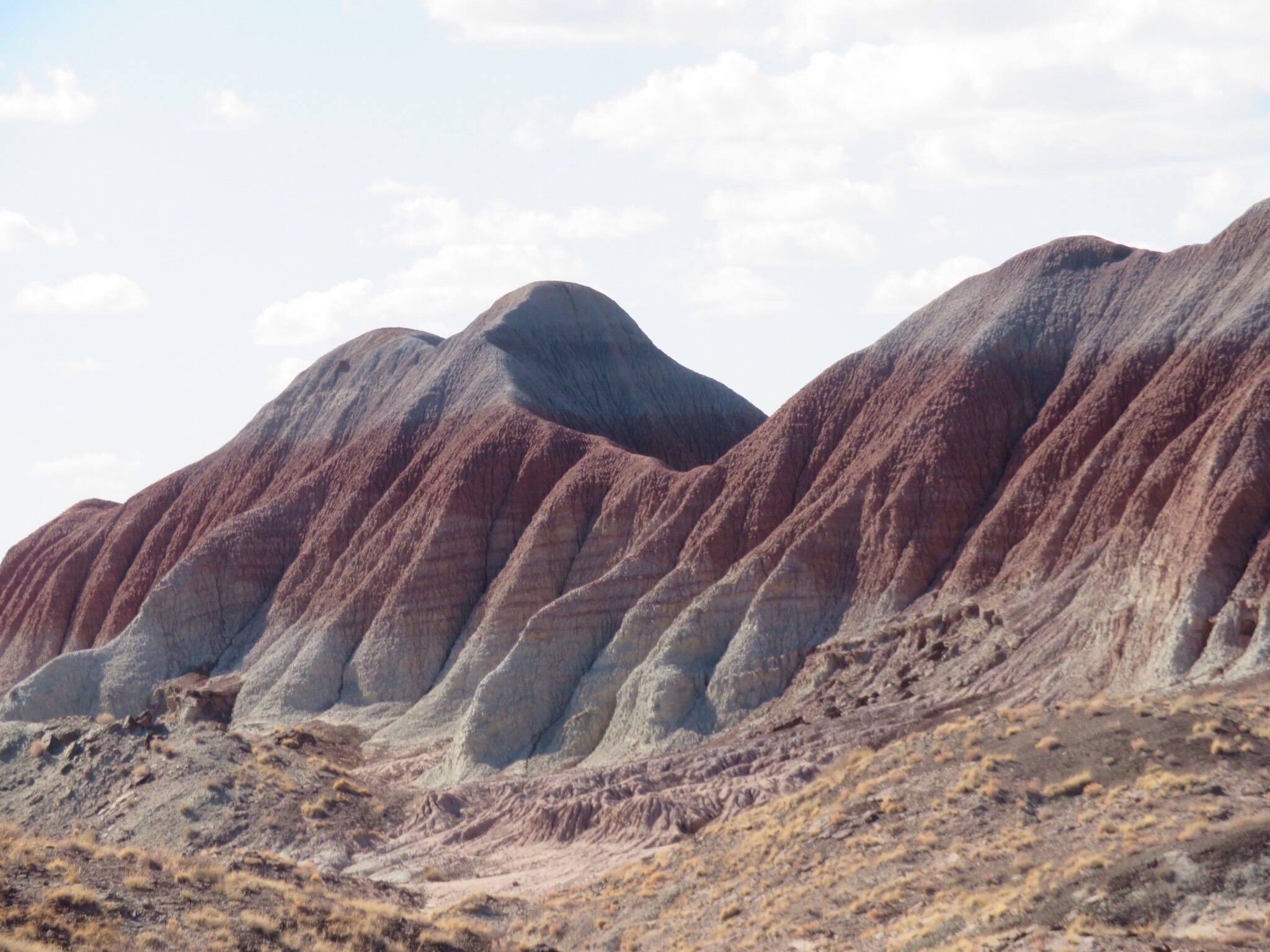 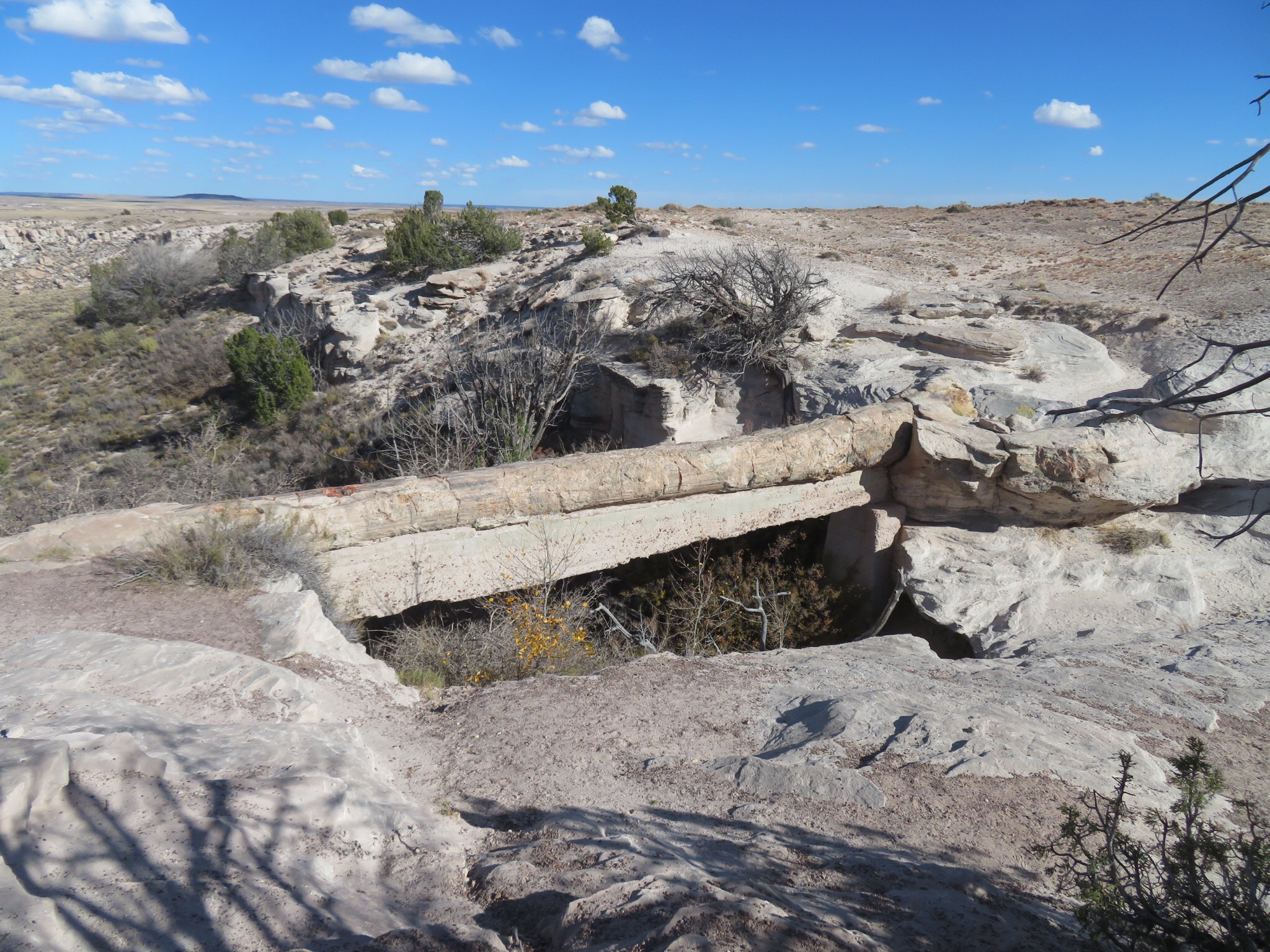 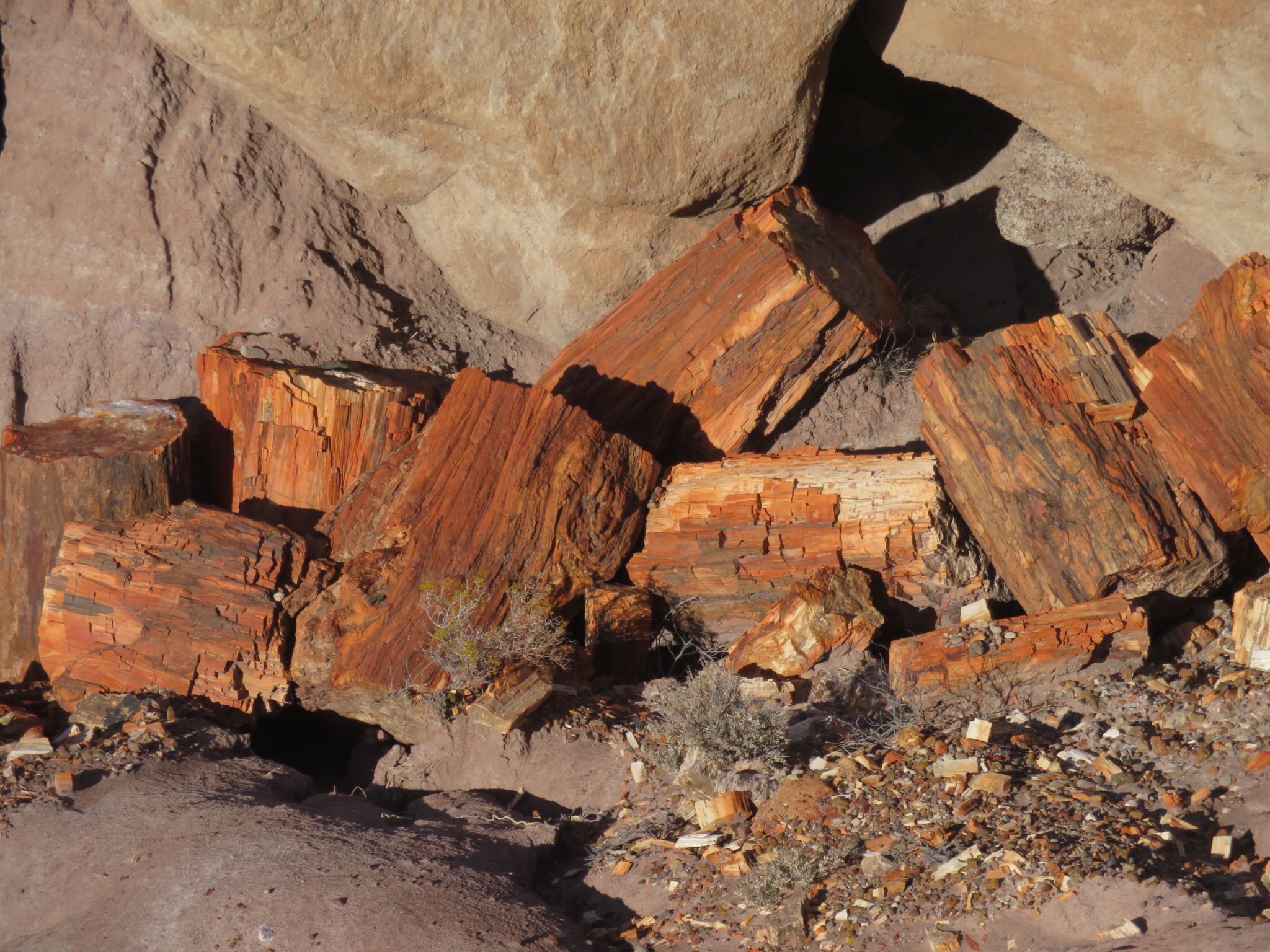 At the south end, we stopped in at the visitor center which was situated at an area with the highest concentration of petrified trees in the park. Pretty amazing stuff. Depending on the sediment composition, the color and type of stone would vary in the petrified wood. Beautiful colors. We would run into some of the same people from stop to stop and almost felt like pals by the time we ran into them for the final time at the center. 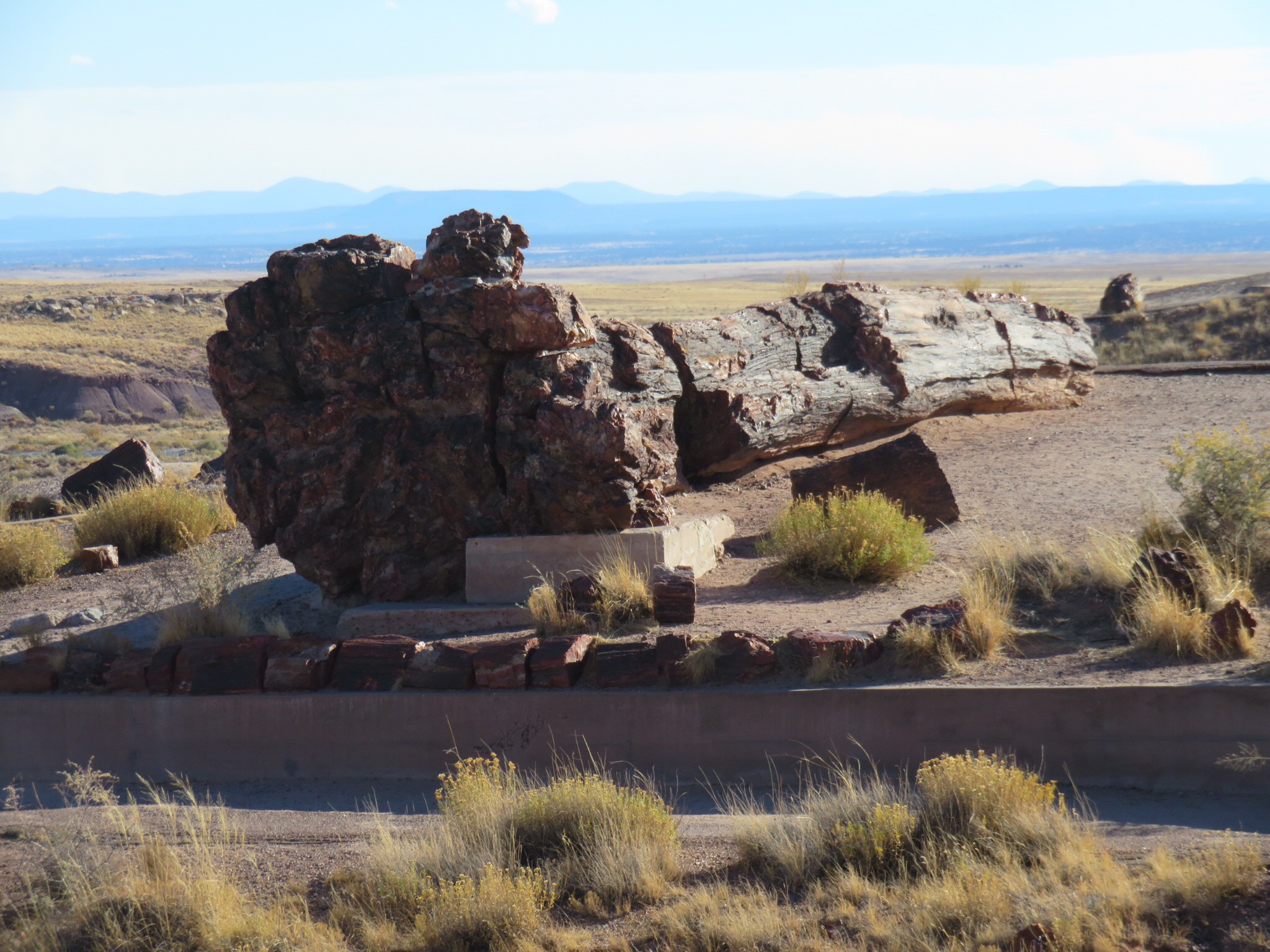 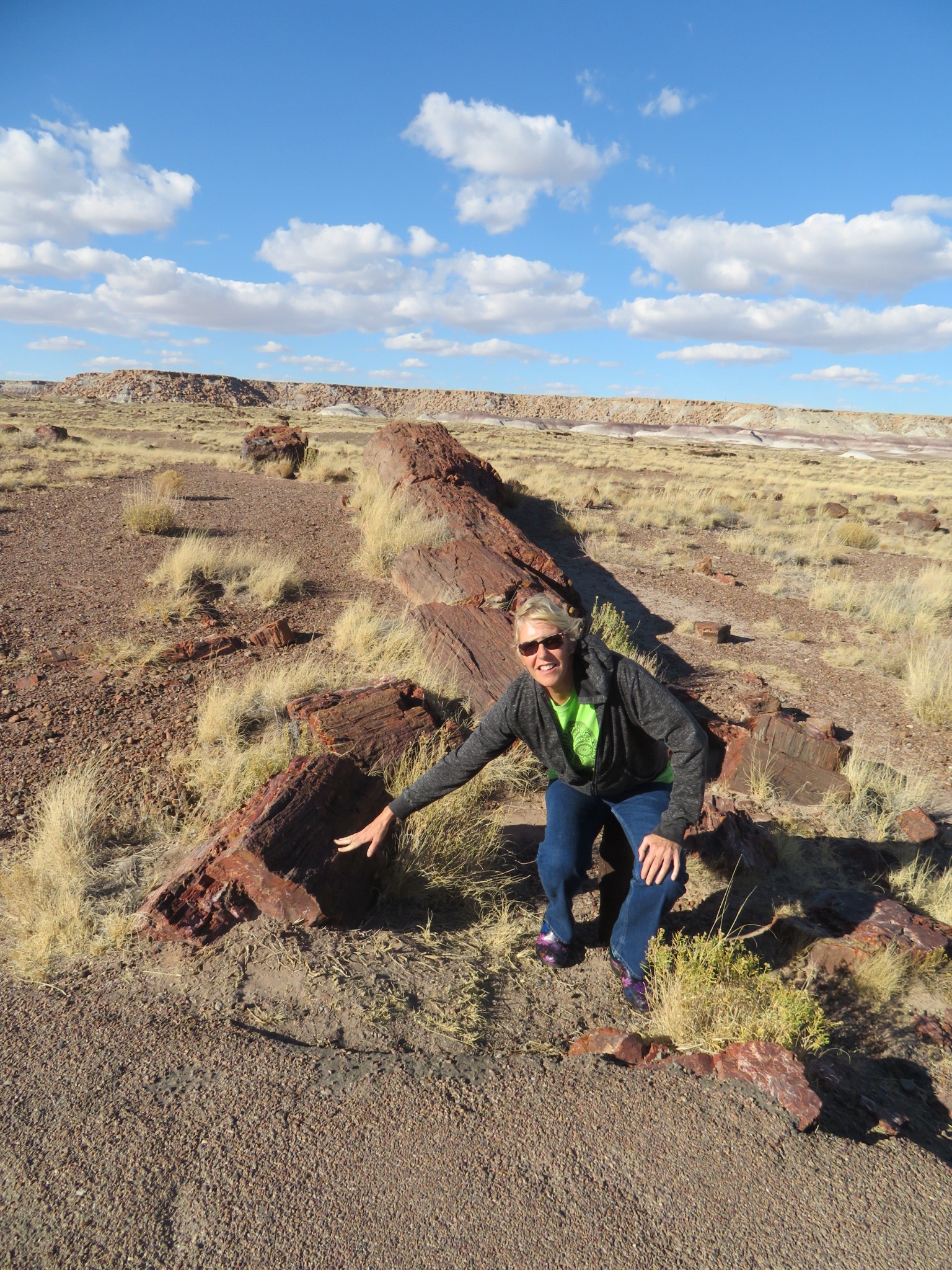 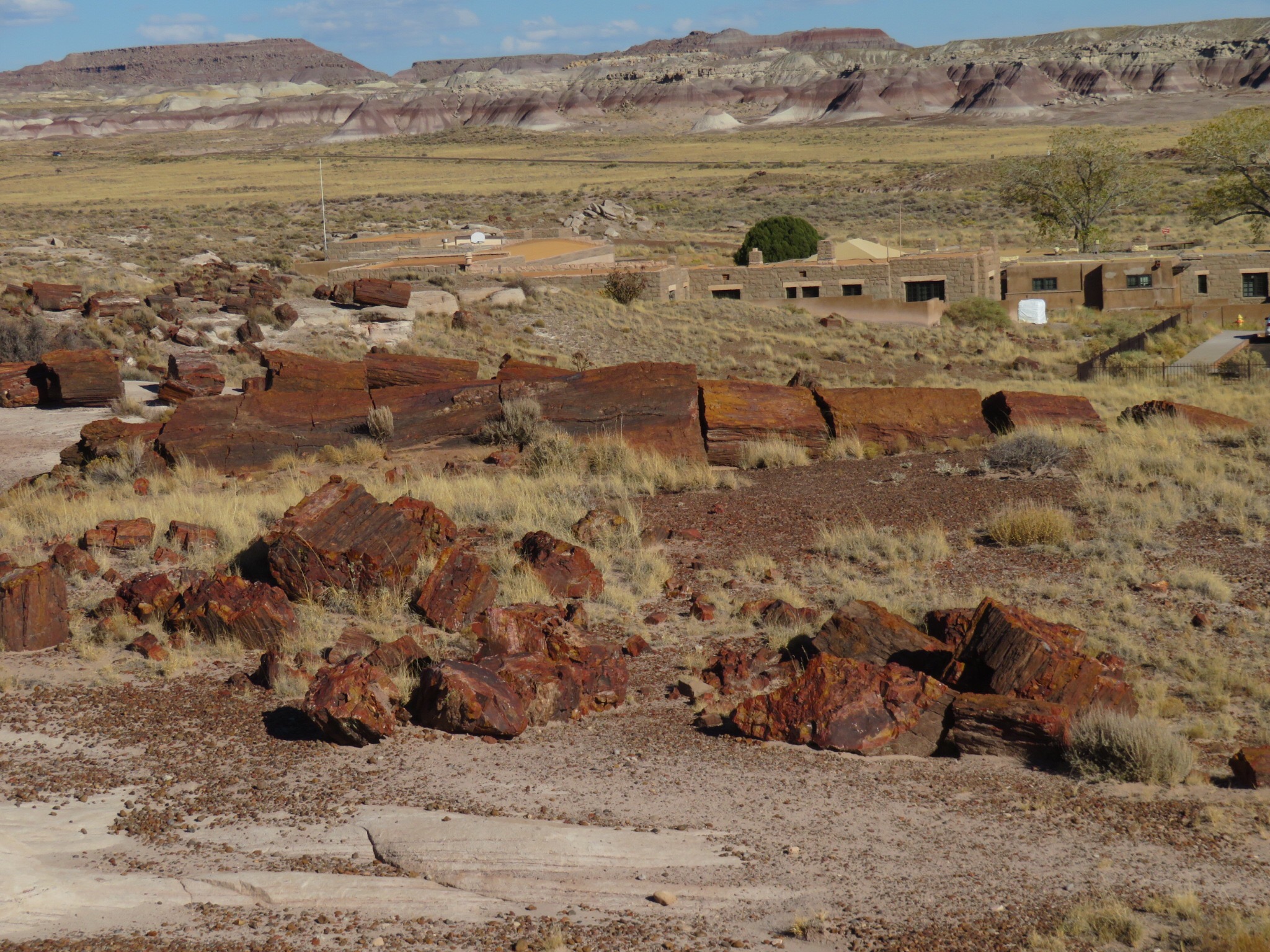 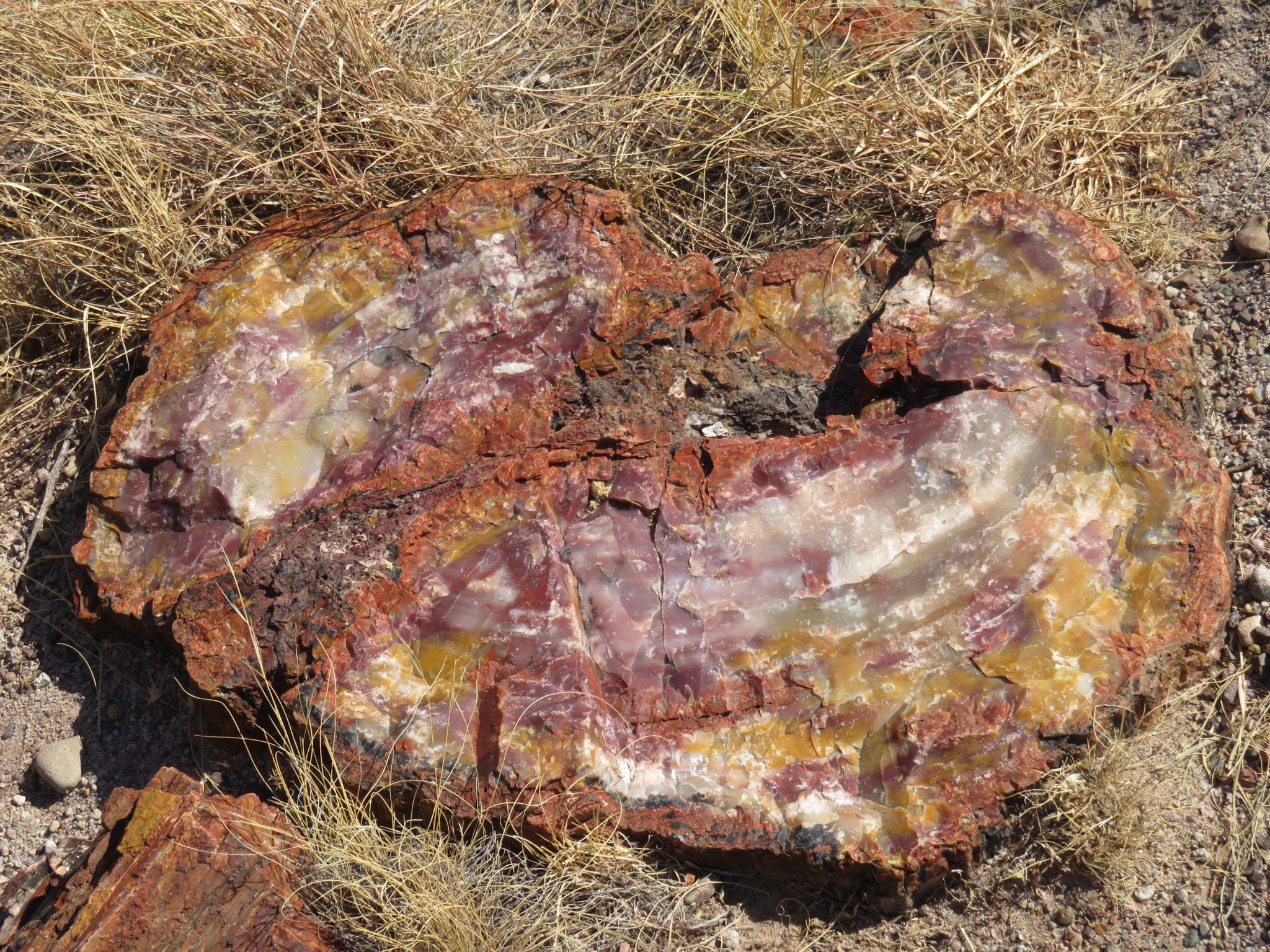 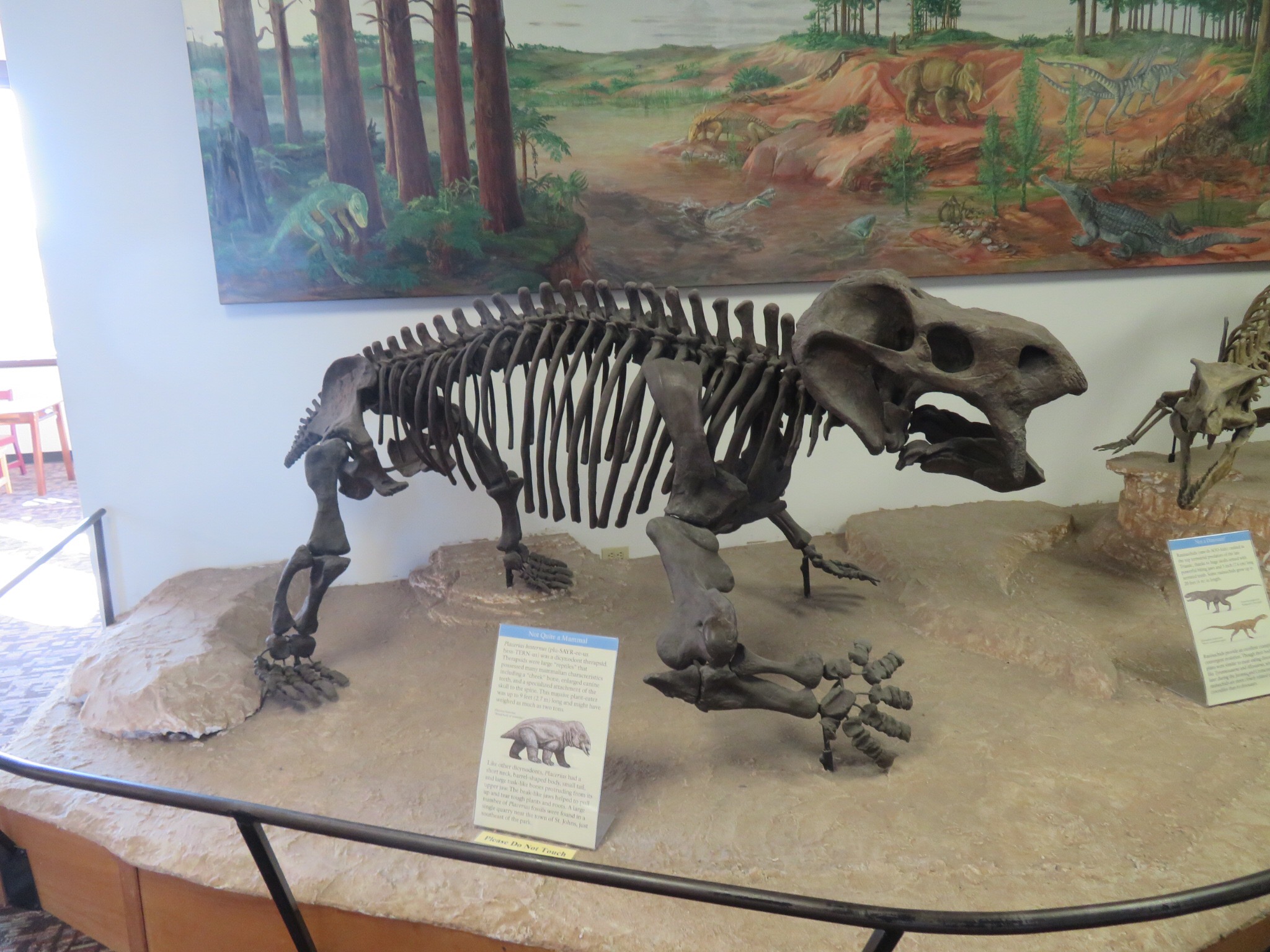 We exited by the lower entrance and took a back road for several miles up to Holbrook where we met up with I-40 once again. We only had about another 1/2 hour of buffeting to go until we reached our destination at Meteor City, home of the famous meteor crater. We were good and tired and ready for some rest. Some dork in a monstrously huge bus towing a giant trailer full of toys was blocking the entrance while filling his water tanks. The camp guard came and guided us around to the back gate and I rolled into our camp spot just in time for an awesome desert sunset. 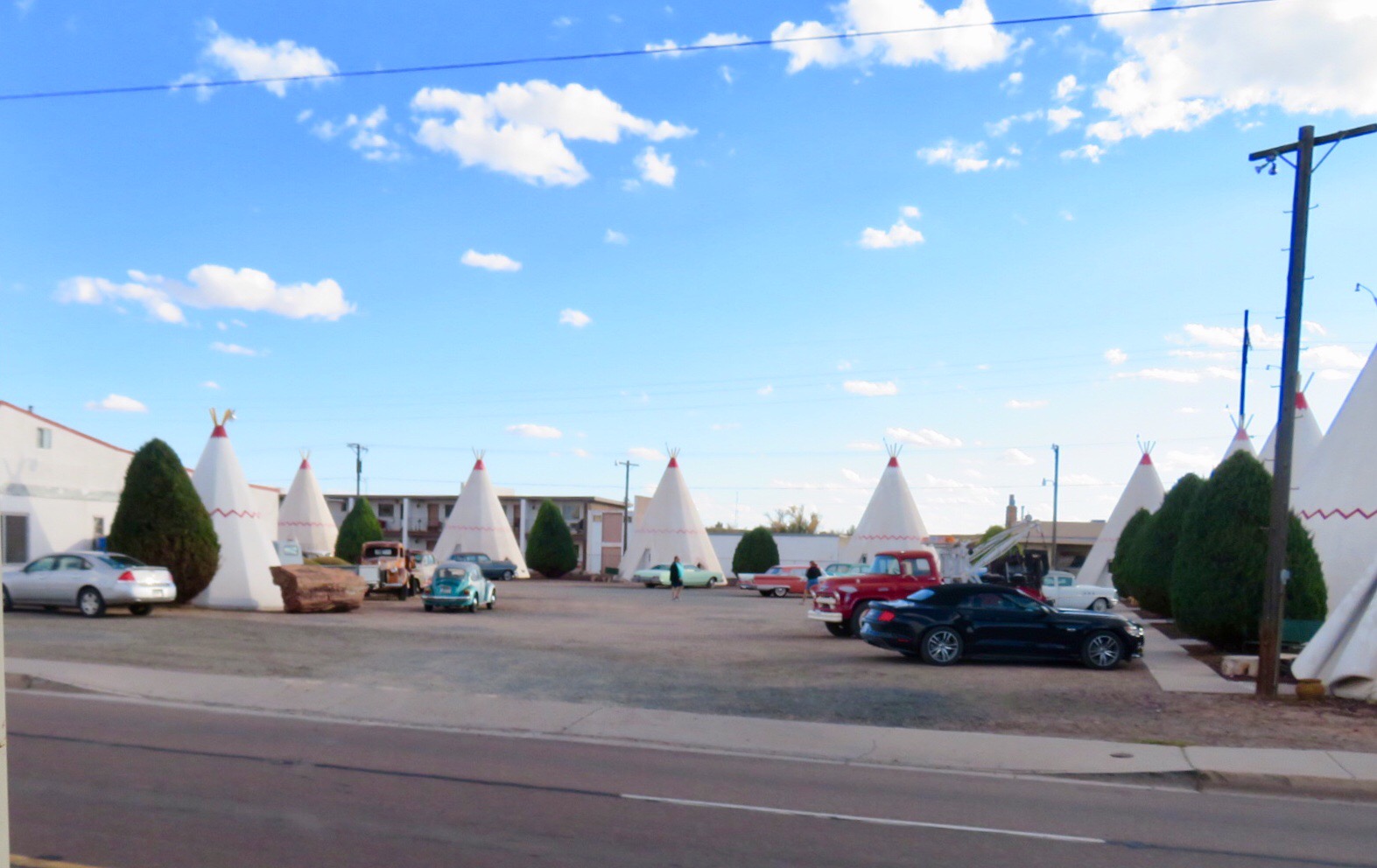 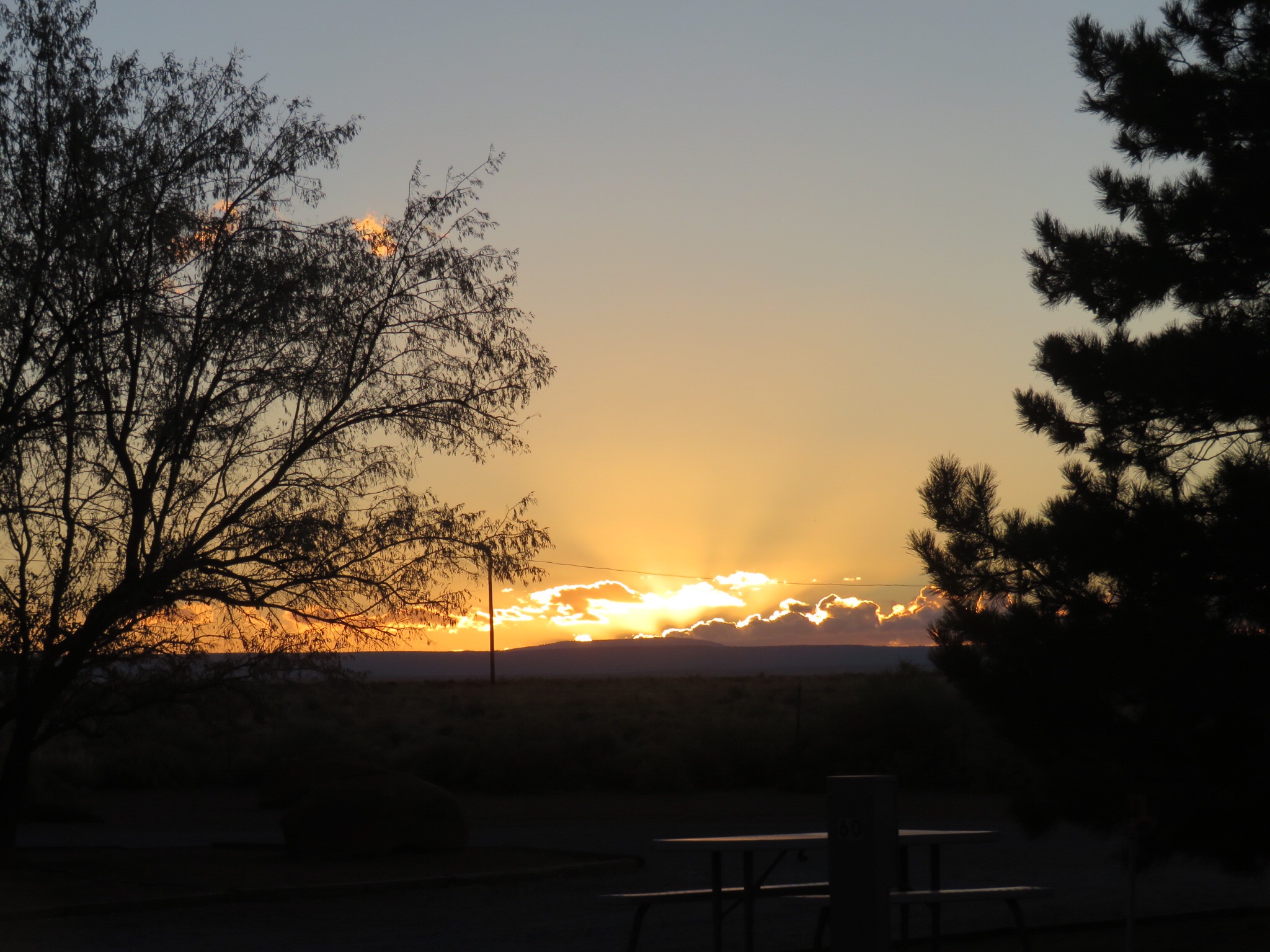 A surprisingly clean and well maintained little oasis in the middle of the desert. Lots of trees and grass that they carefully keep alive. The girl gave us a spot with empty sites adjacent to give us a little buffer from our neighbors. A nice overnight. We ate leftover pizza and caught up on the latest Arizona news. Exclusive coverage – Bedbugs in the Phoenix airport. That was all I needed to see before climbing into bed. 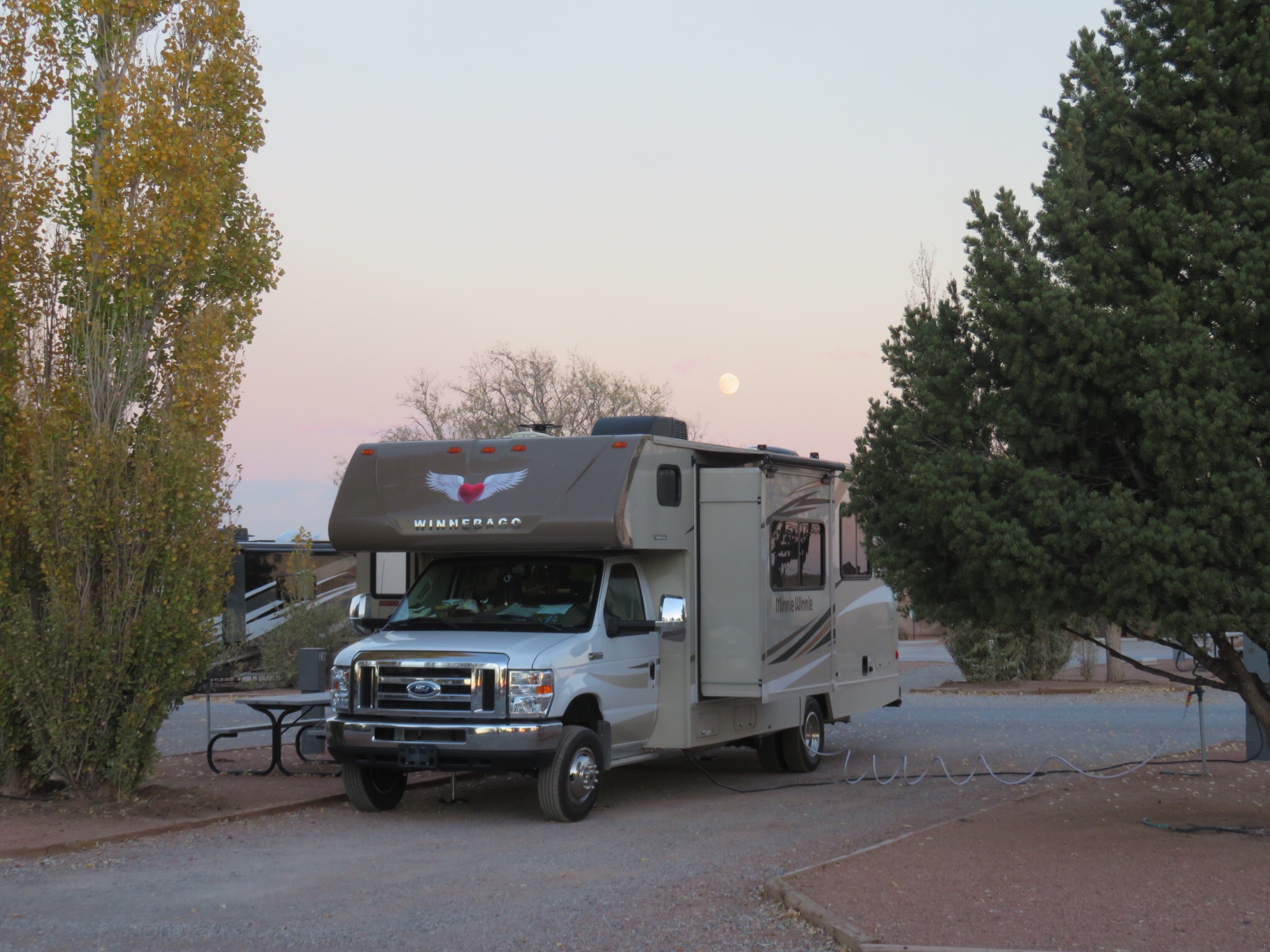 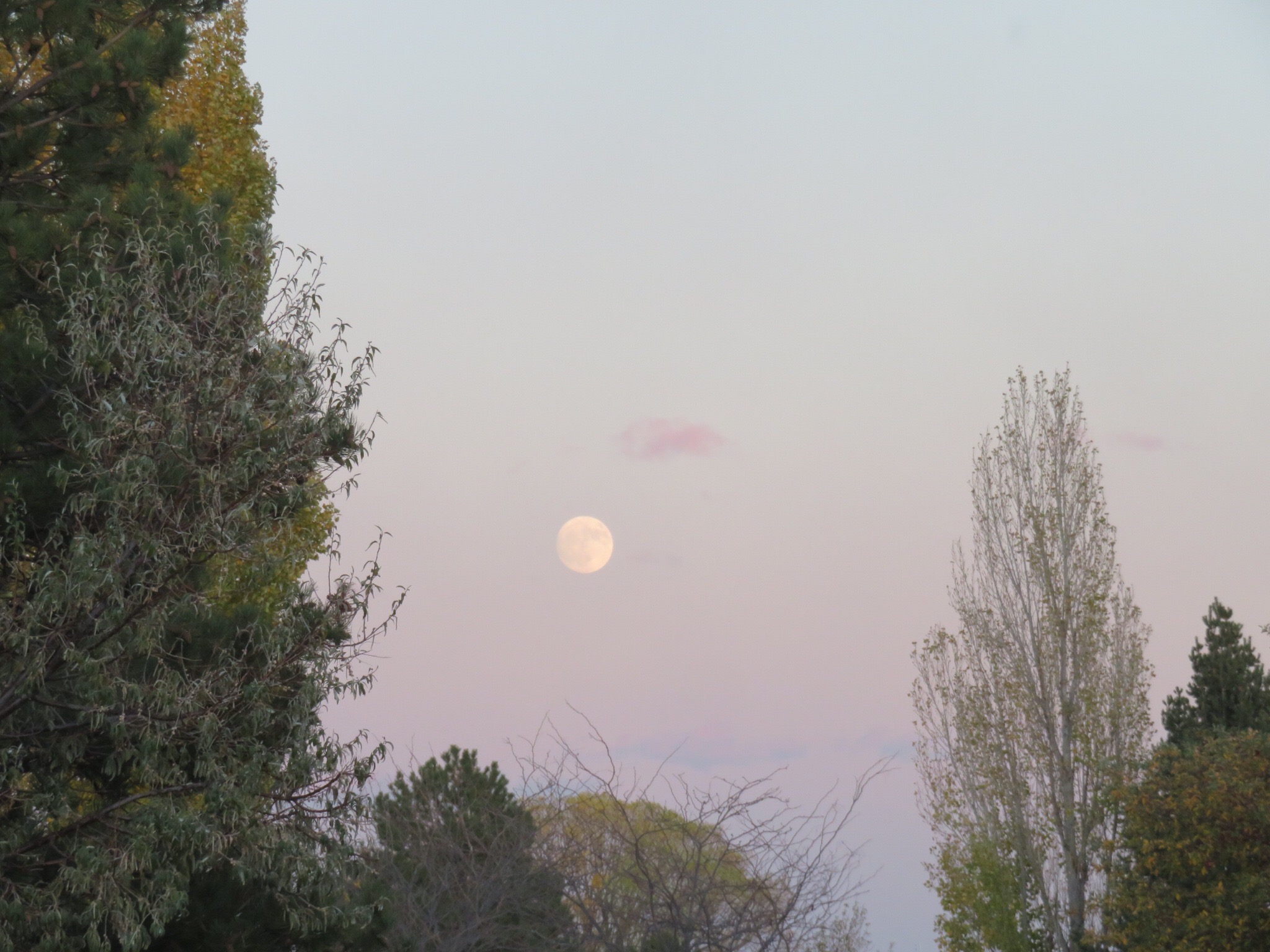