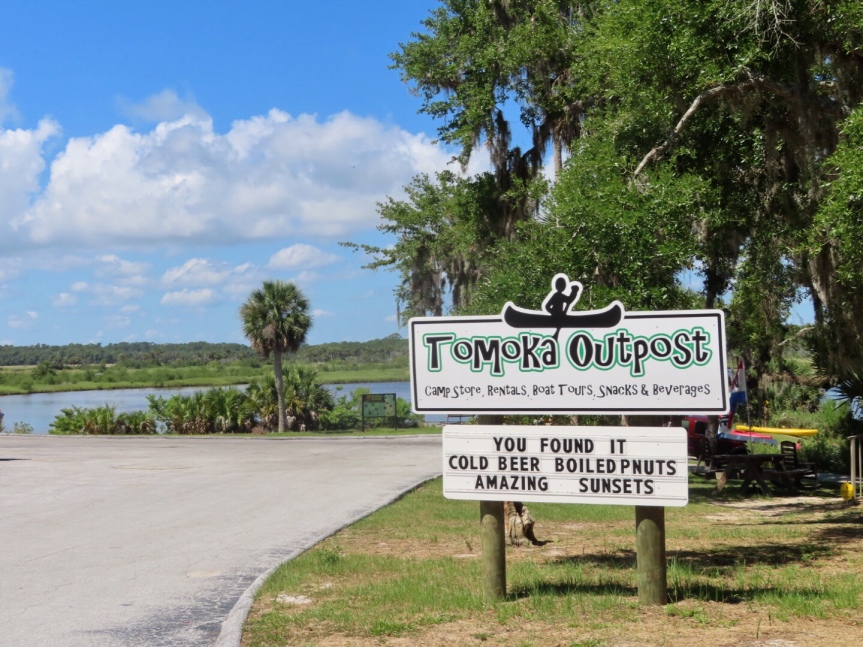 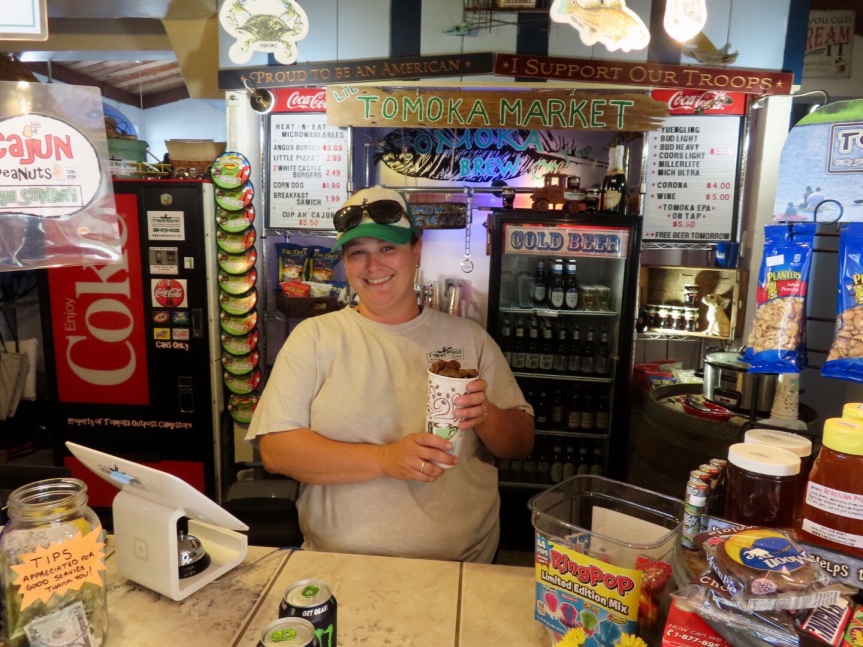 Boiled peanuts, the breakfast of champions 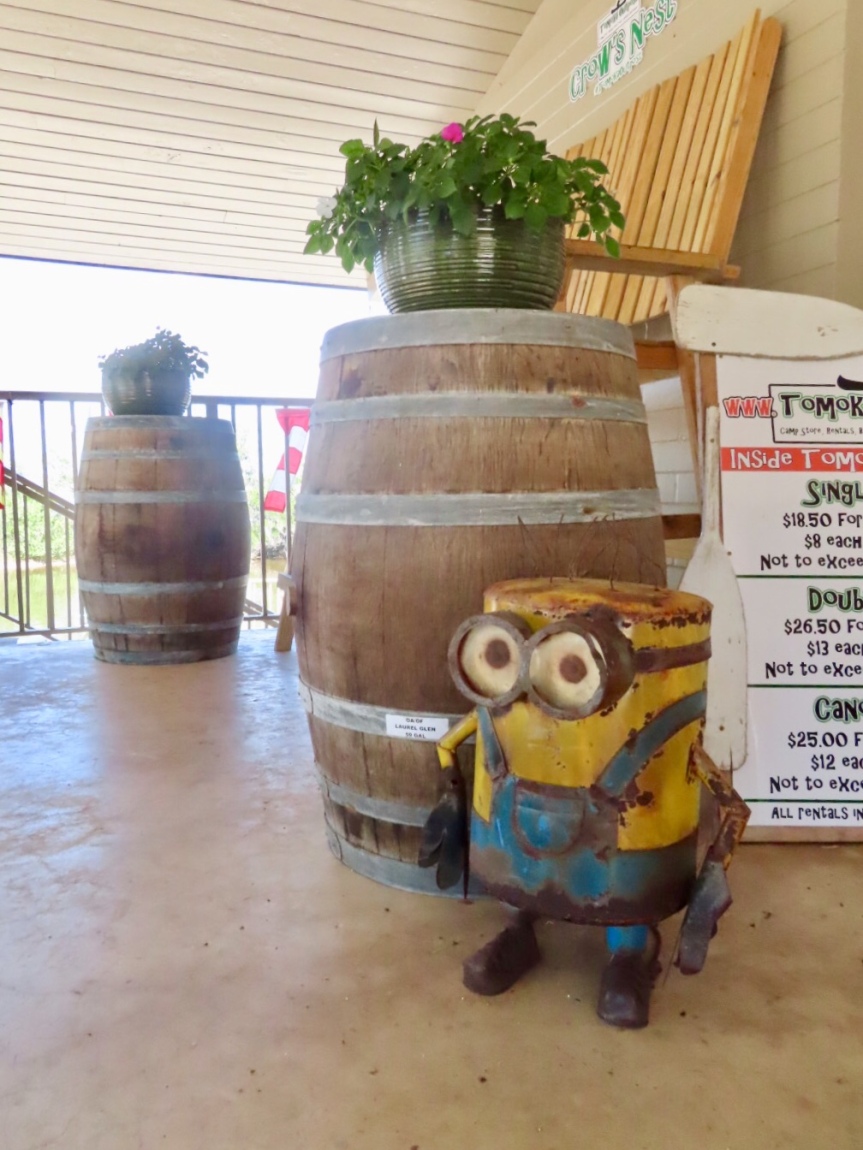 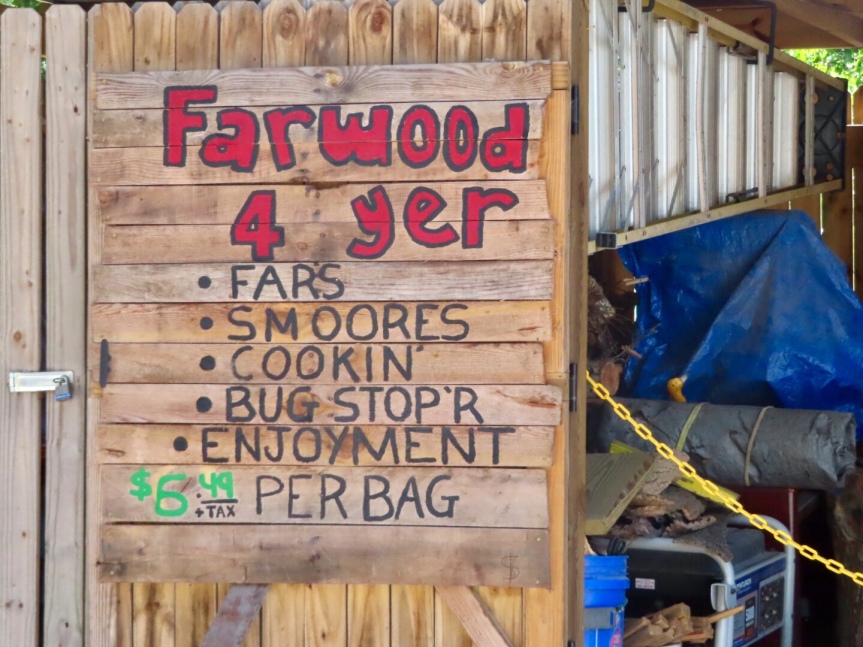 Tomoka State Park was a one night stand so today was another travel day. I started the morning with a bike ride up to the store at the boat launch for some Monsters for the road. I put a package of those snack crackers on the counter with them when the gal at the register talked me into trying boiled peanuts instead. I’ve seen them advertised along the southern byways but have never given them a taste, so why not? I can see where they’d grow on ya, but PJ was having none of it. Probably the healthiest food option in the bait shack. We made our way up the coast to Amelia Island to Fort Clinch State Park where we made our grand entrance into Florida back on December 10th. It’s a beautiful spot where the Amelia River meets the Atlantic. It’s also known as a great place to hunt for shark teeth. We drove the three miles in under the tunnel of oaks dripping with Spanish Moss. They have one of the best examples of native coastal forest here. We quickly got ourselves set up then shuffled across the sand to the riverbank to forage for shark teeth. 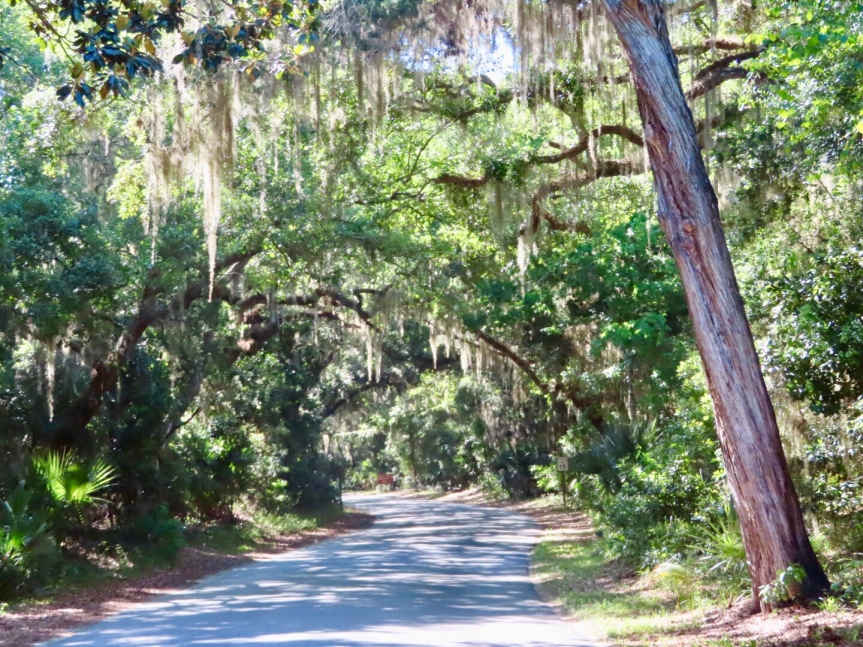 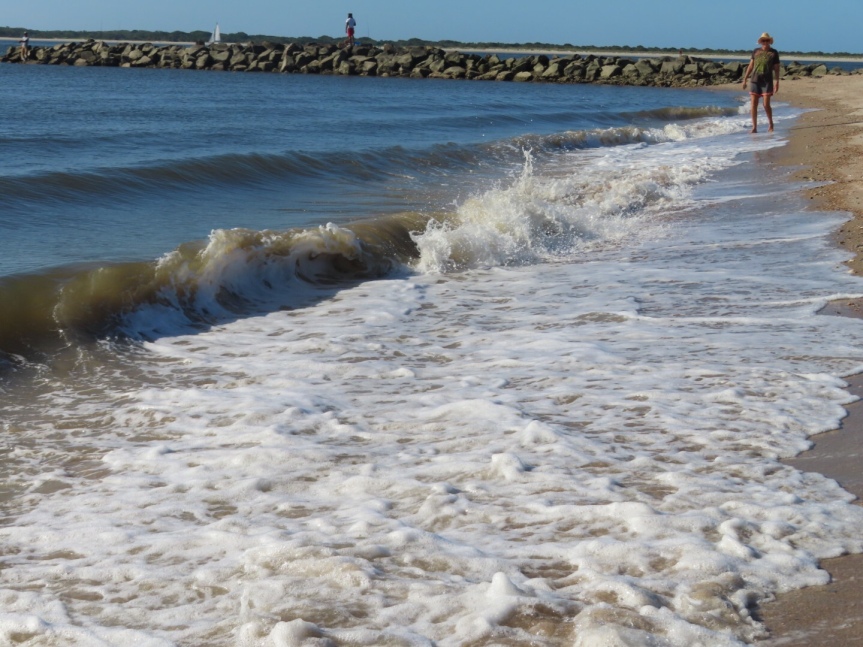 We started at the campground and slowly worked our way down past the fort. The tide was nearly high and there wasn’t much good area exposed for searching but we still managed to come across eleven little teeth to add our collection. We met an older gentleman who volunteers at the park and he was talkative and friendly so we had a chat as it was getting closer to sundown. It was a balmy evening with a slight breeze and wonderful views across the sound. 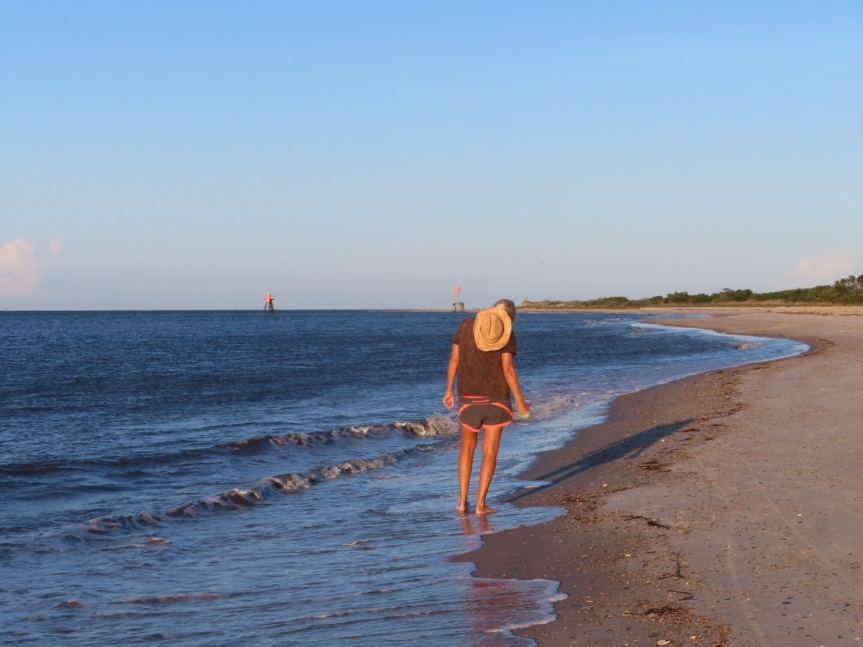 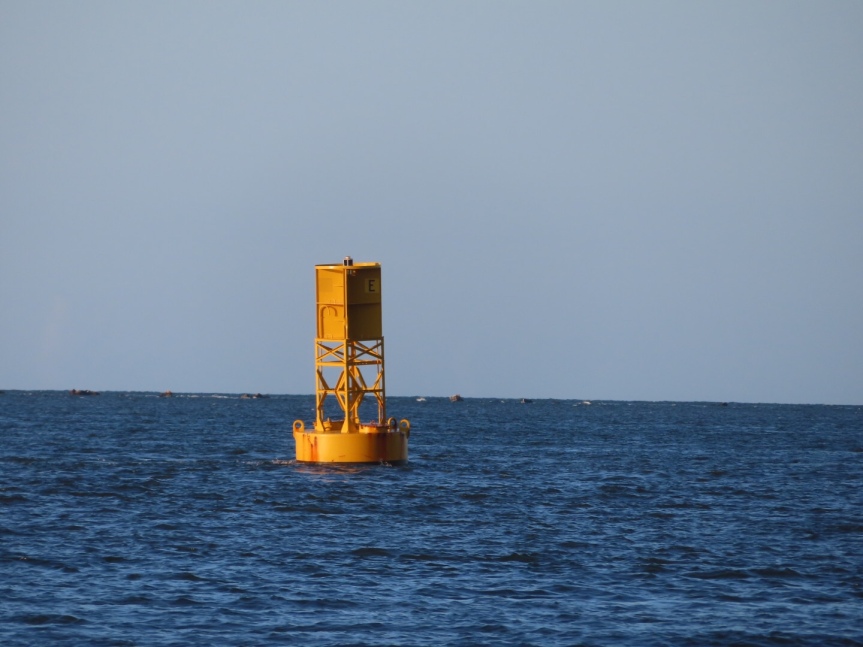 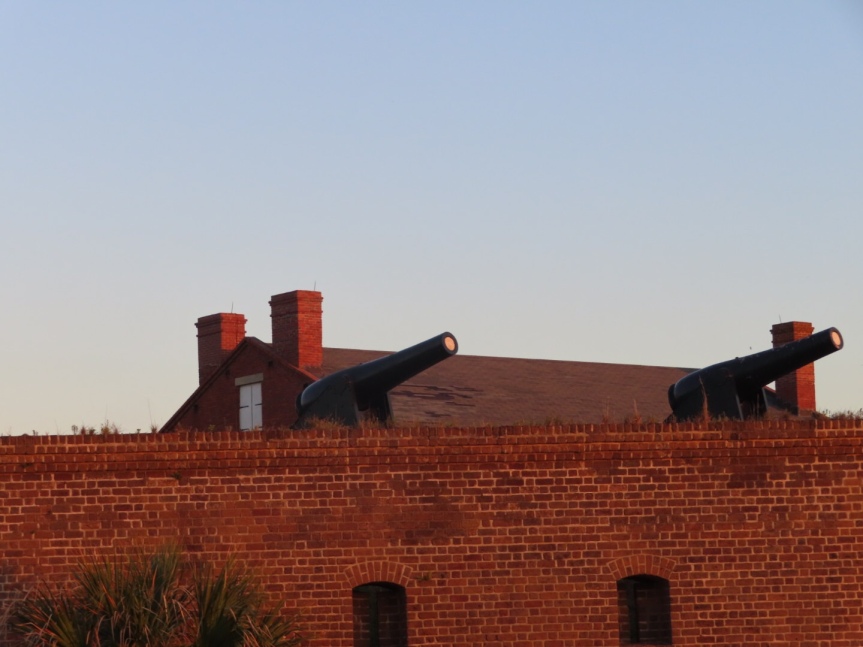 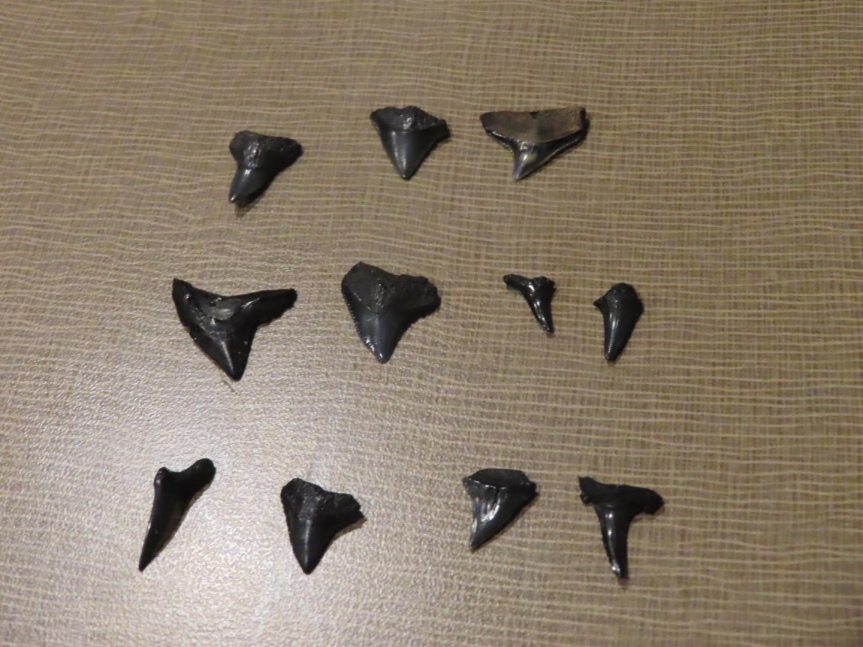 The sun began its descent behind the tree line on the far side of the river and we hurried our step a little as we were still a ways from the campground and we didn’t want to get caught out in the dark. PJ spotted some large rays feeding in the shallows and the water fowl were returning from their day of chasing fish. We watched a gorgeous sunset light up the sky as late arriving boats made their way up the channel. 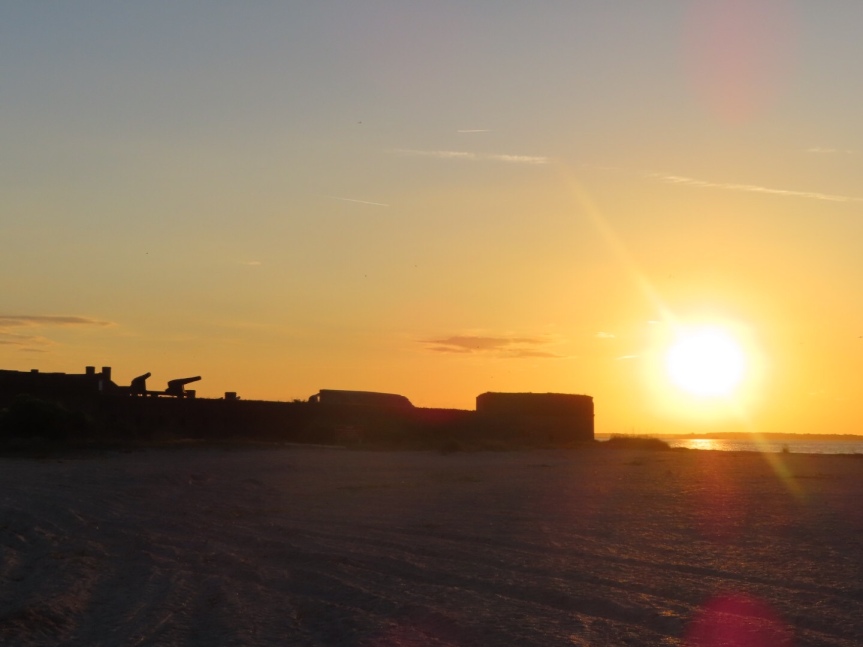 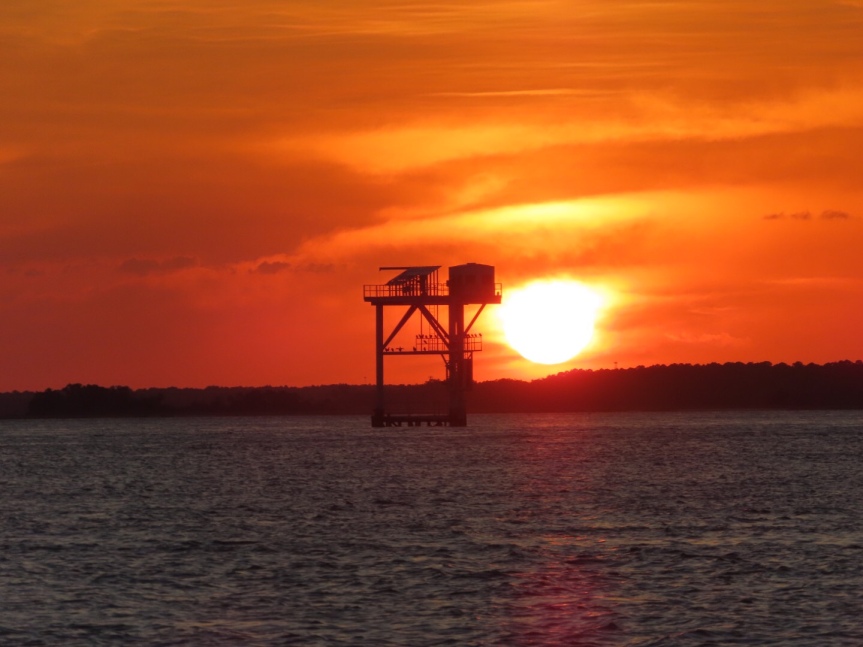 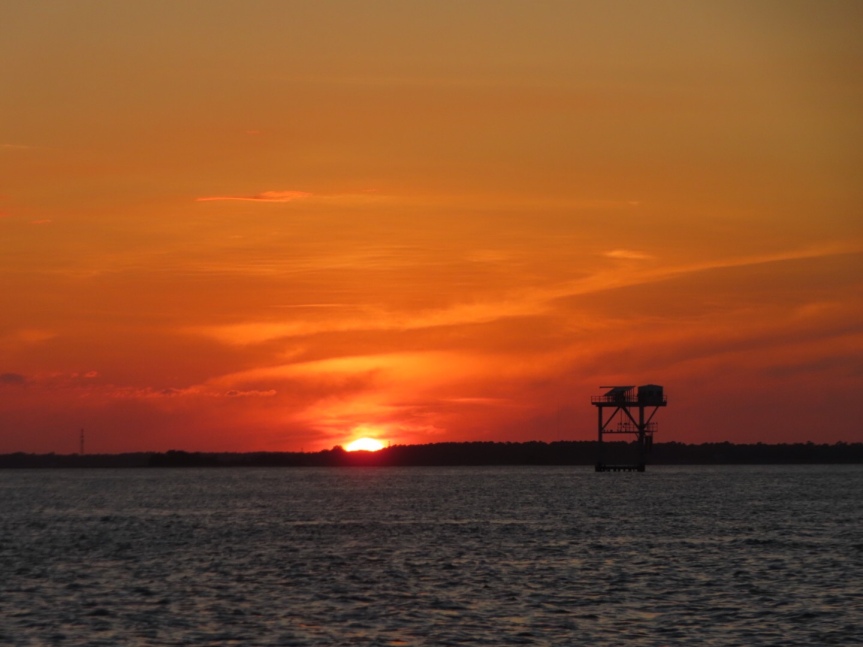