The foghorns were still sounding in the distance when we awoke this morning. We relaxed inside sipping coffee and eating our oats while waiting for things to warm up a bit. We have zero phone or internet, so we drove over to the park store and sat in the car out front and took care of some business back in California. The small grocery is closed for the season so we walked around back to look at the Coast Guard boats and the old pilings in the cove. 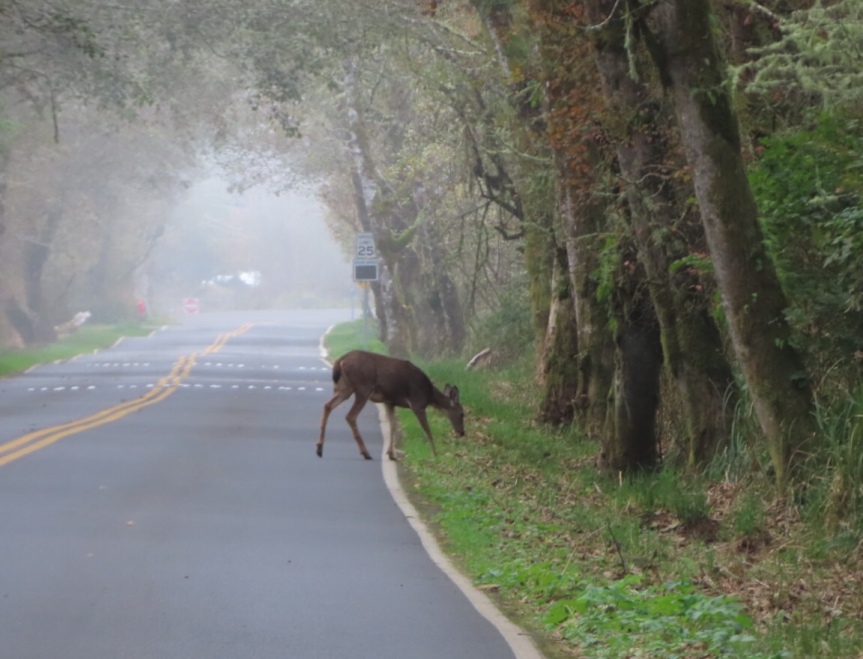 Our objective for the day was to hike up the trail to the North Headland lighthouse and see what views it had to offer from the promontory on which it is located. We covered a mile or so on the paved roads before reaching the trailhead that led upward into the forest. We had to walk past a stag that was grazing by the roadside. PJ was afraid he was going to gore us to death. I have to appreciate a person who has such a distaste to pass the buck. Once in the forest, we had to negotiate lots of roots and steps along the path. Some of the trees are amazing with branches that reach to the side only to turn up and reach for the sky like separate trees searching for the sun. How does the horizontal branch hold all of that weight? 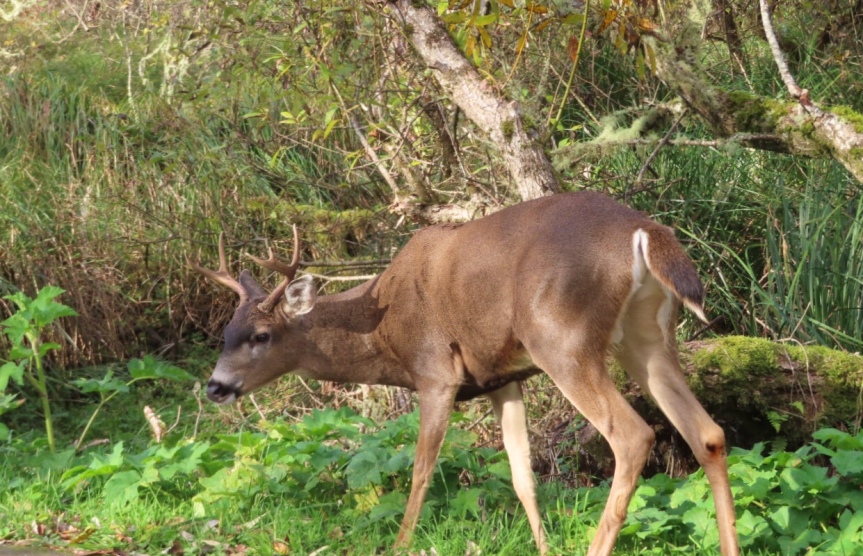 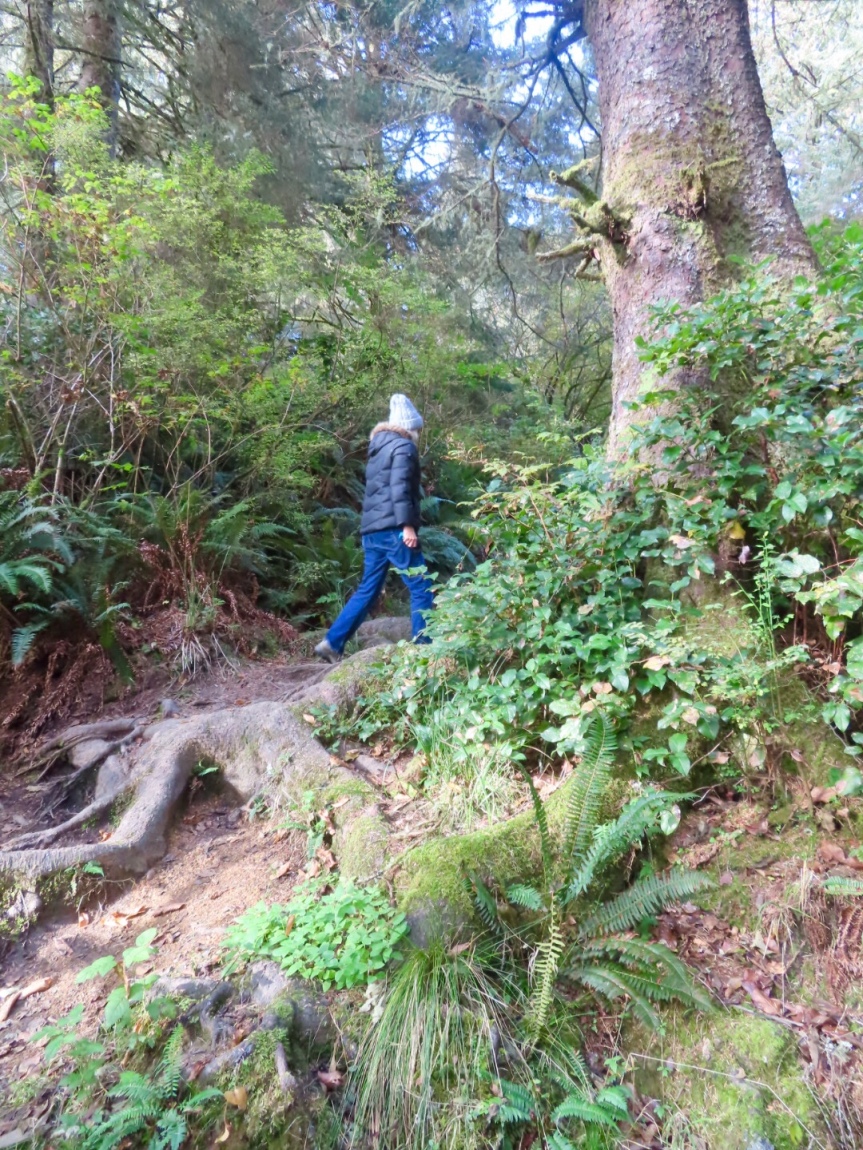 A few miles later, we exited the forest at the lighthouse. It is in great shape and in the summer, they offer tours up to the top. But like most everything else, it is shuttered until springtime. The fog burned off and it turned into a marvelous sunny day. We wandered around the lighthouse loop taking in the views and admiring the structure itself. 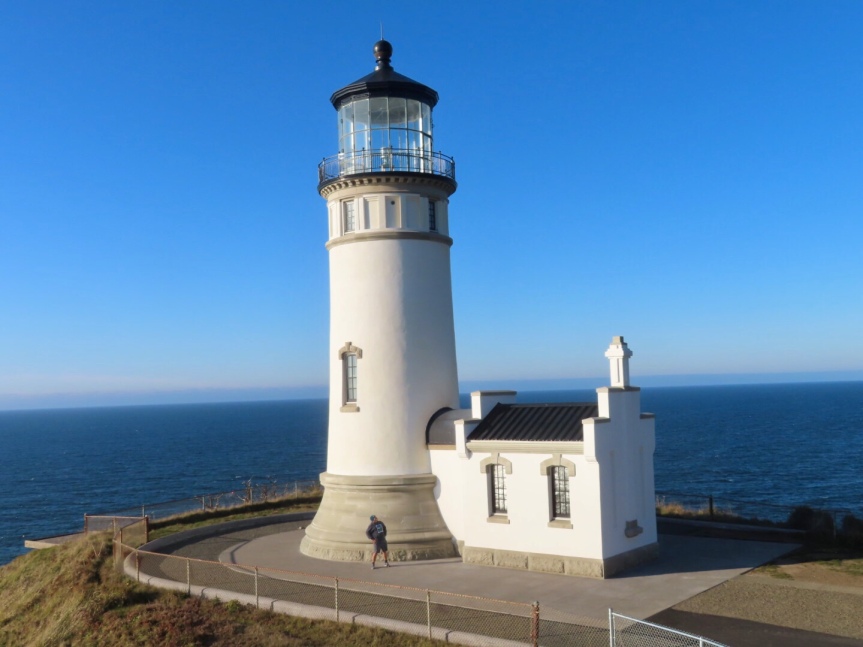 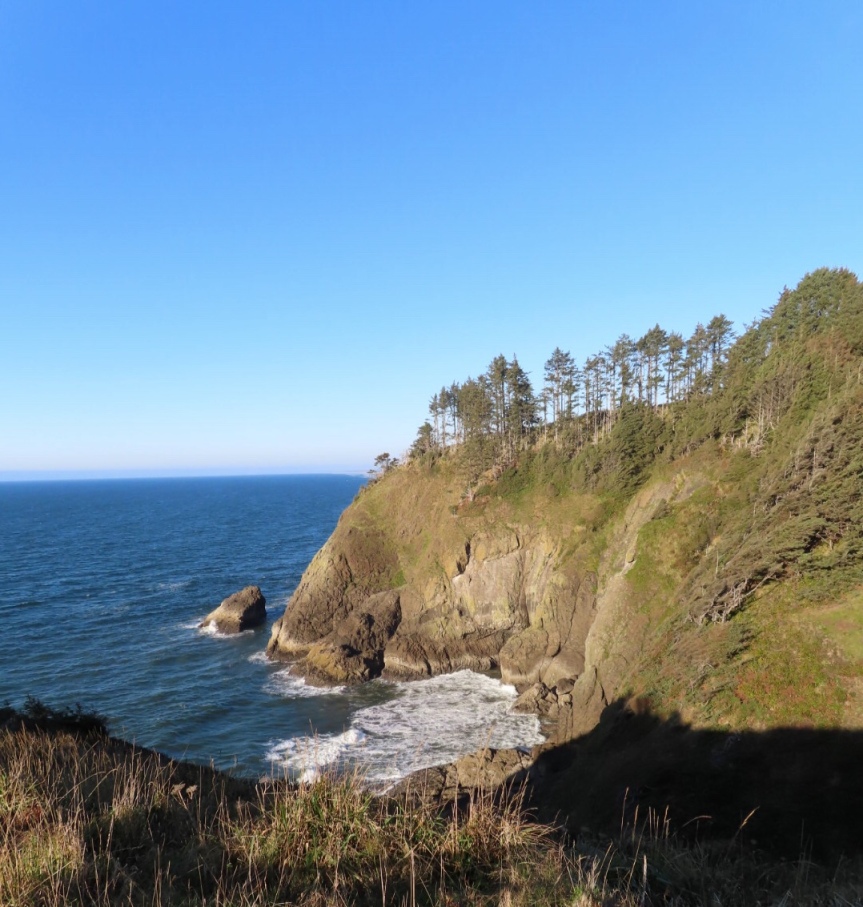 Near the point where he Trail came out, there was a secondary trail that leads up to the north side of the point. Bell’s View trail led a short distance past an old WWII pillbox to a wooden deck overlooking the northern beach. This area is among the soggiest and foggiest getting nearly seven feet of rain and 100 days of fog annually. We are counting ourselves lucky to catch the weather we are enjoying.

The time change has caught us off guard once again as we realize we haven’t much time to make it back and not get lost out in the woods in the dark. We picked up the pace and marched double time back down the rainforest trail to the campground. Watch out for those roots and slick spots on the boardwalks! 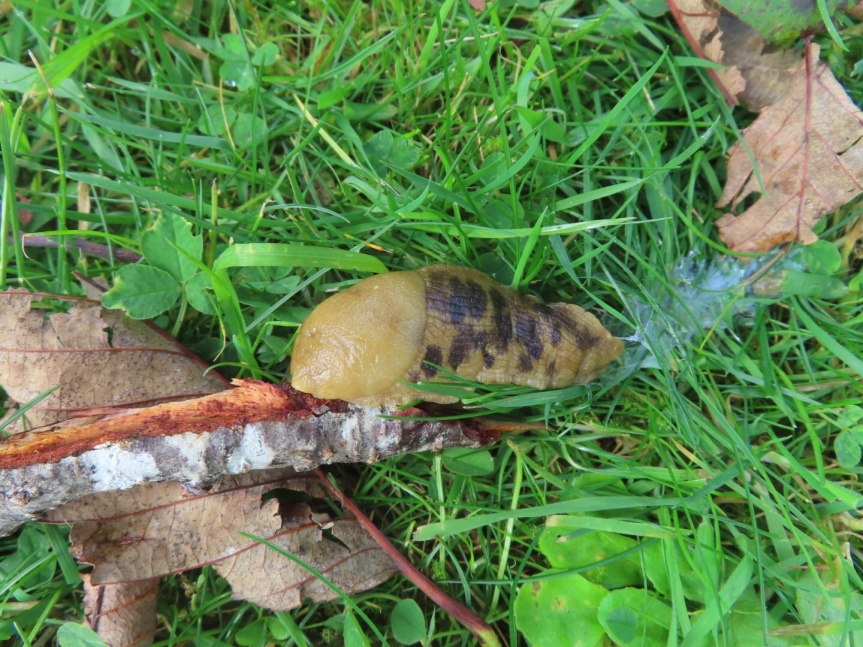 We decided that we really needed another day here to do everything we wanted to do. I drove over to the rangers kiosk but the staff had all retired for the day. The sun was almost down but I wanted to have a quick peek at the north jetty and the other lighthouse, the Disappointment Lighthouse in the bay. This was the original lighthouse from the mid 1800s. They realized too many ships from the north were getting wrecked coming in. That’s when they erected the North Headland lighthouse we visited earlier in the late 1800s. It was a golden afternoon and a few fishermen were still milling around talking by their trucks.

I hurried back over to the beach to catch the final sunset with PJ. She was waiting on the sand so we walked out along the shore with a handful of other campers and watched the colorful end to another day on Washington’s lush, green coastline. 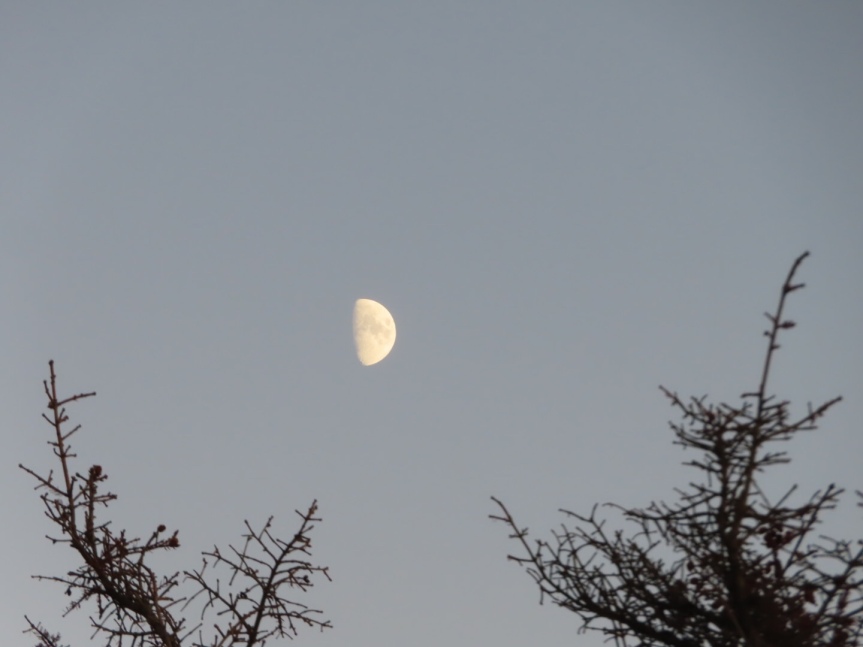 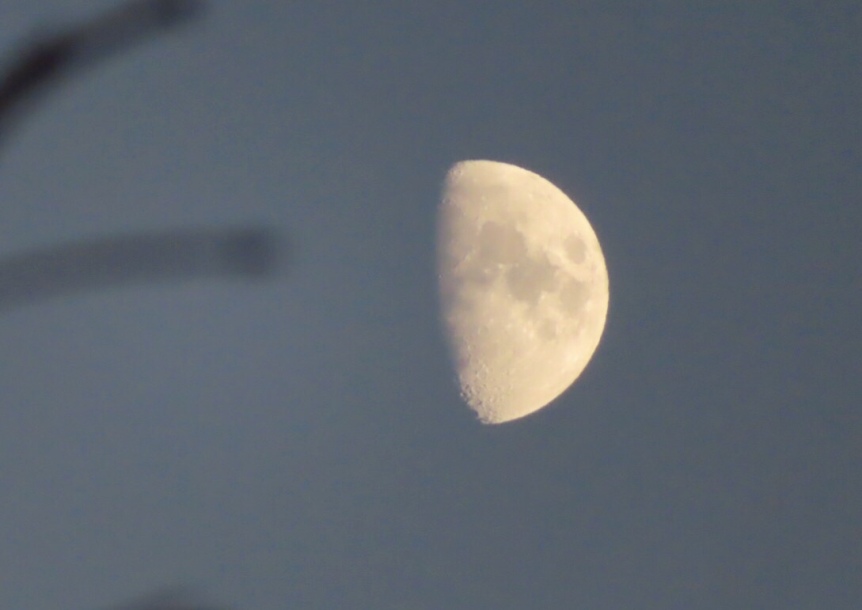 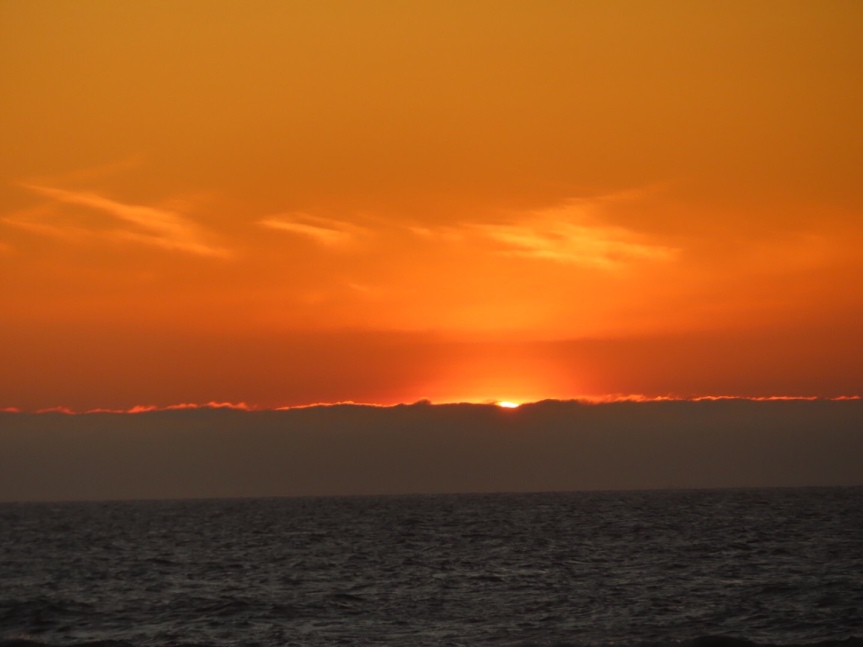 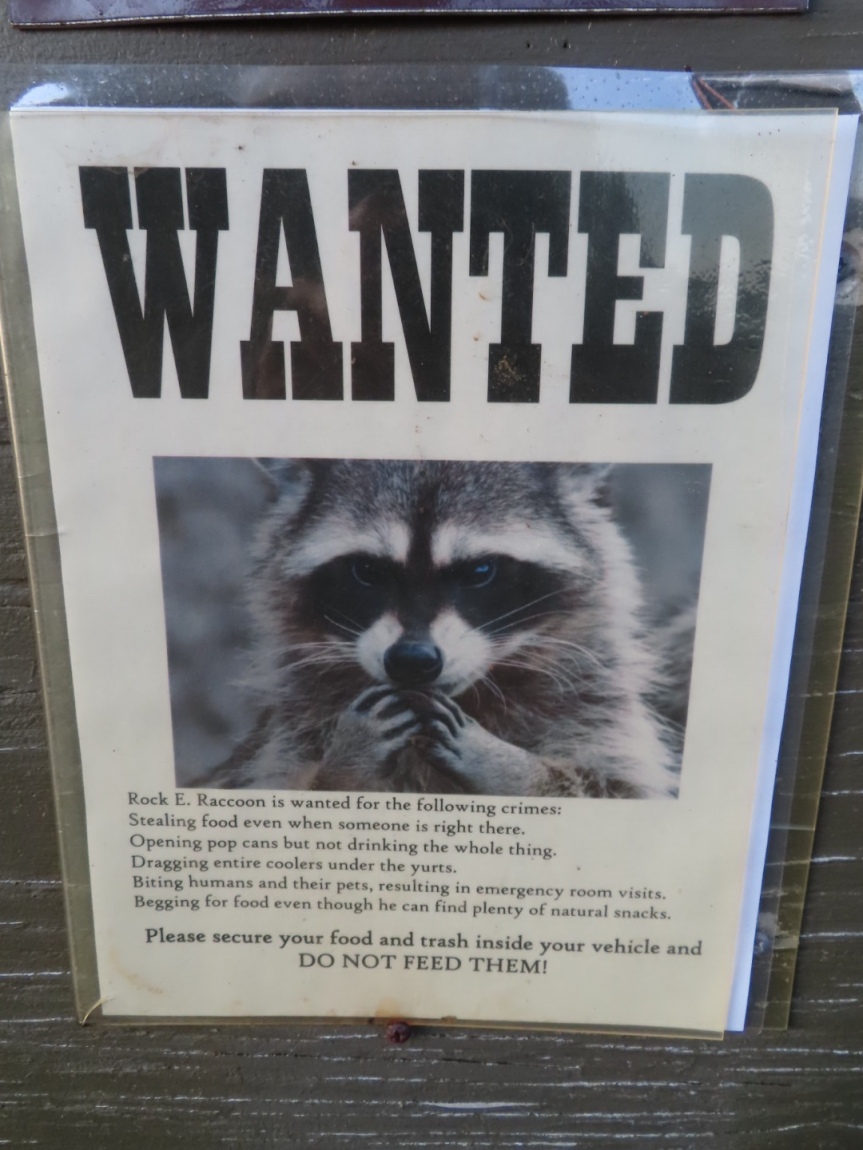