Today we penciled in a hike up to the nearby falls as our excursion around Yosemite. We had a relaxing morning goofing off in camp. One of the trees in camp is dropping sticky goo sap balls everywhere and it gets on your feet then glues big clumps of leaves and pine needles to the bottom of your shoes. Cali hates having her feet messed with so it’s a ongoing wrestling match to get her sap free.

It was close to eleven by the time we trudged out the back end of the campground and hiked our way down to the trailhead for Vernal Falls. The first half of the hike was easy, a little uphill but a nice wide paved path. As we got deeper into the canyon, the trail steepened and narrowed following the river as it spiraled up the gorge.

Nearer to the falls, it became steps that hugged the side of the canyon to bring us up to the mesa where the falls spill over the granite wall. We meandered around the paths and sat for a while next to the pool that fills right at the top of the falls. Water levels are really low right now and the falls themselves are pretty thin.

We decided to carry on and hike the trail up to Nevada Falls. It wound through the granite boulders following the cleft in the valley that has been carved out by glaciers over untold eons. The trail was steep with little room for error next to the sheer drop off over the edge into the canyon below. PJ’s acrophobia was starting to kick in, but the different angles of beautiful views of the falls kept us pushing upward. She was worrying about going back down the vertical trail more than the climbing up. 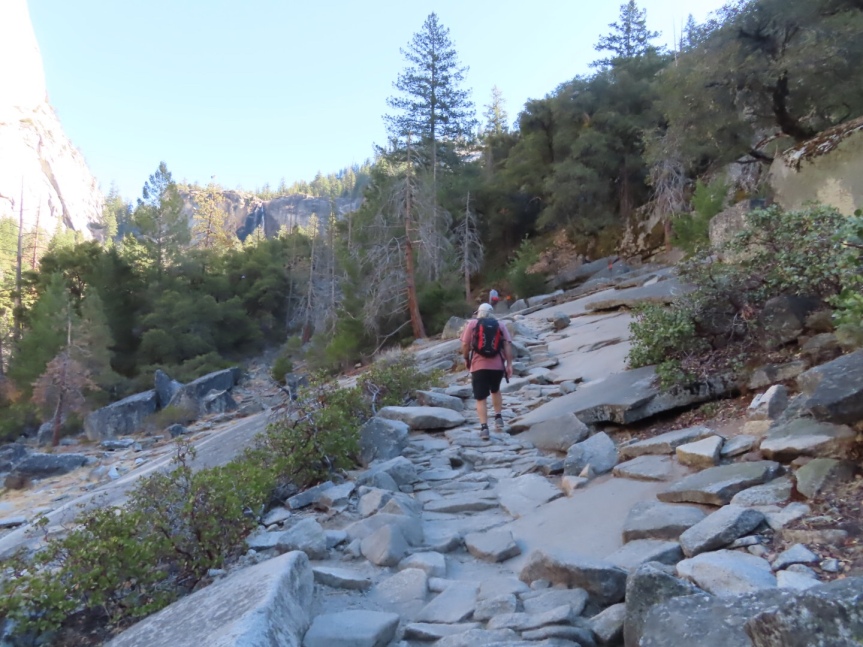 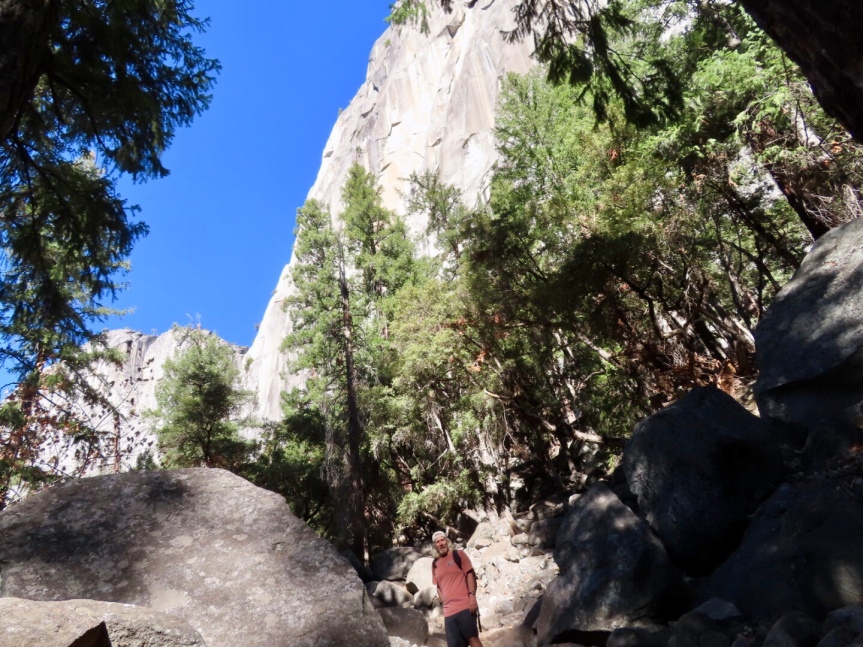 We reached the top for an amazing panoramic vista of the valley below. Lots of hikers were having a rest and sitting along the vertical rock face admiring the scenery below. It is a large granite flat strewn with boulders and the occasional hardy tree that would insert itself it whatever crevice is available and grow right out of the granite dome. There is a cool bridge that was the selfie station of the rest area. 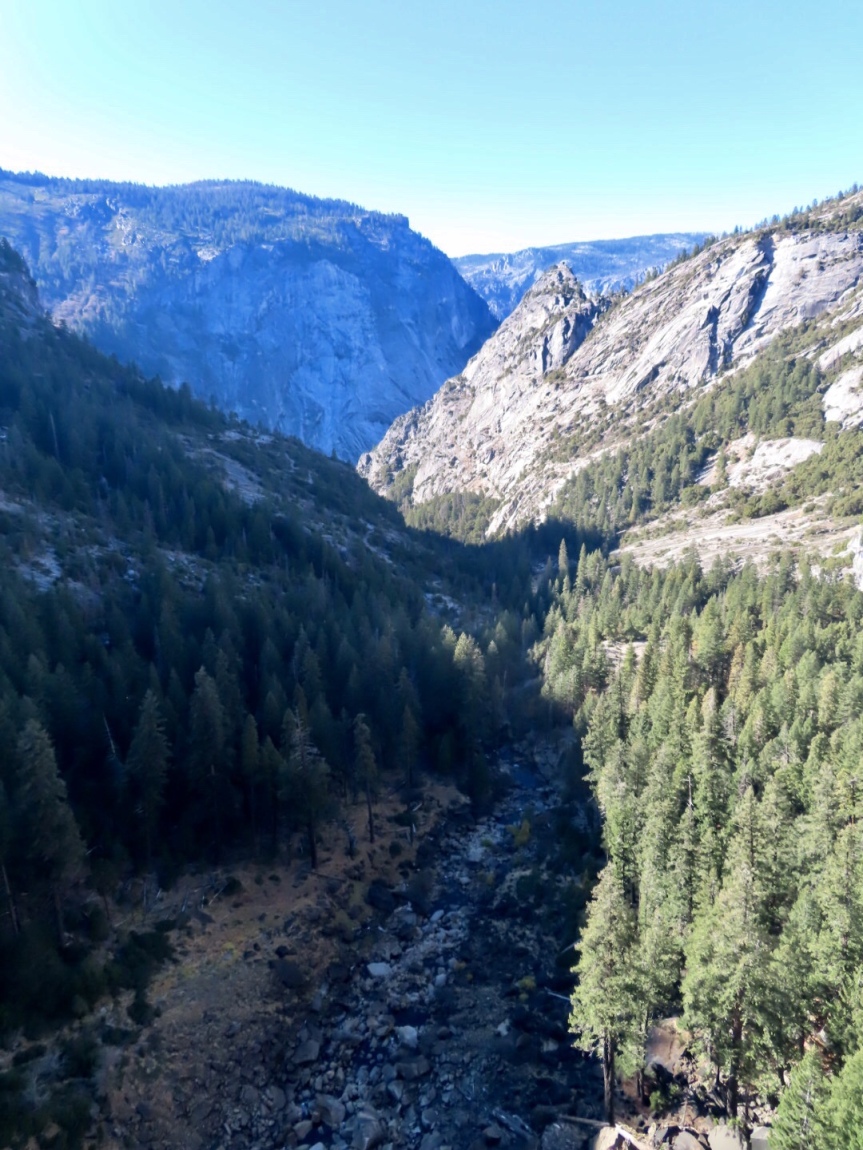 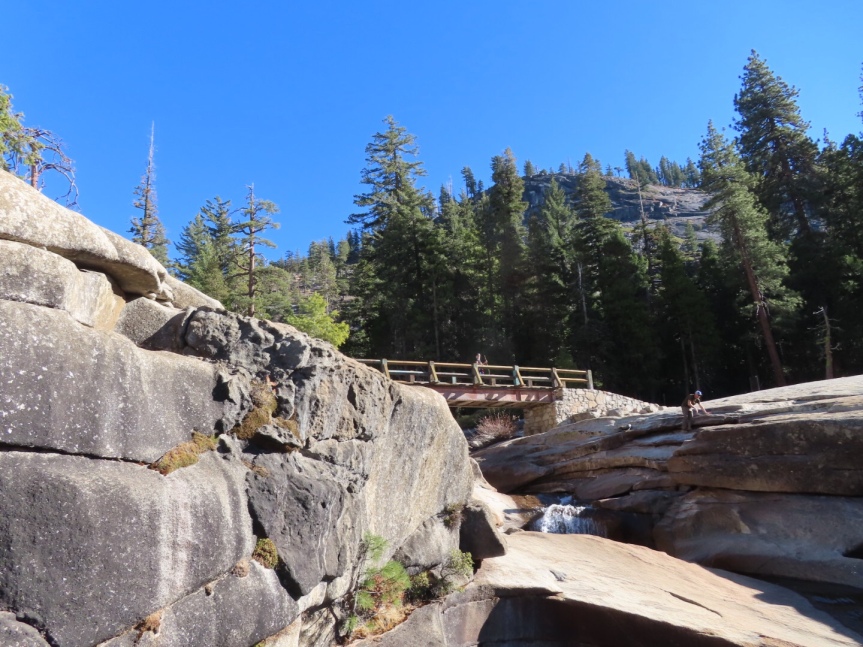 Hang on to that tree! 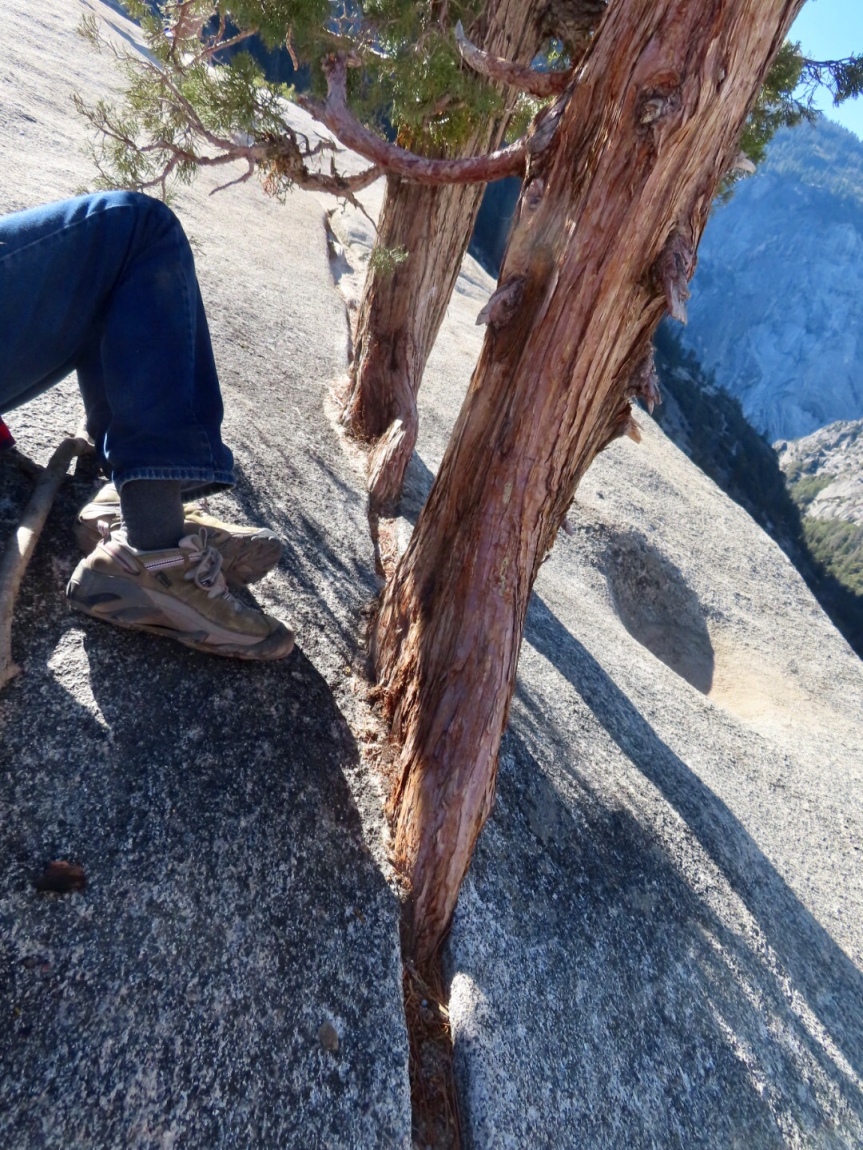 Growin’ in the cracks 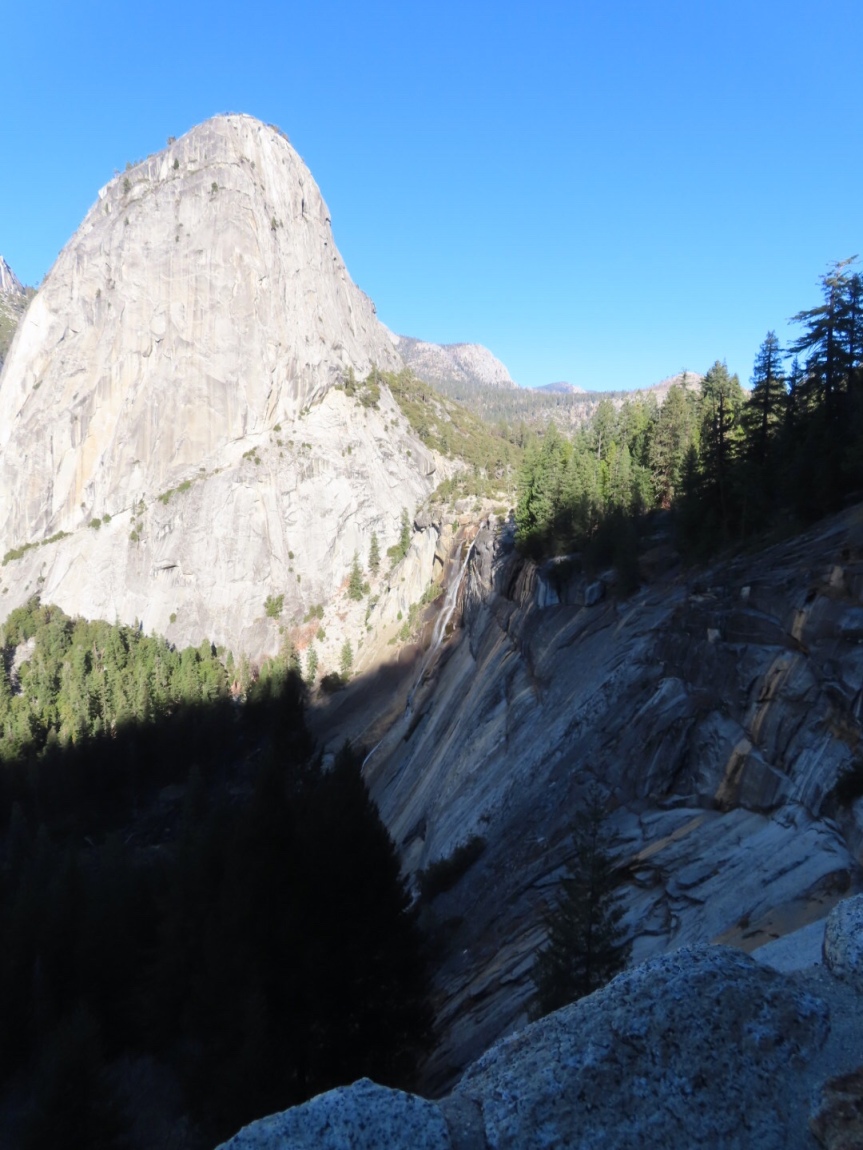 Not wanting to tax our knees going back down the more vertical trail we had come up, we opted for the Muir Trail that meandered a bit further down to the south featuring hundreds of switchbacks to keep the hiking easy. It added a few miles but gave us some magnificent new scenery and made for an awesome descent 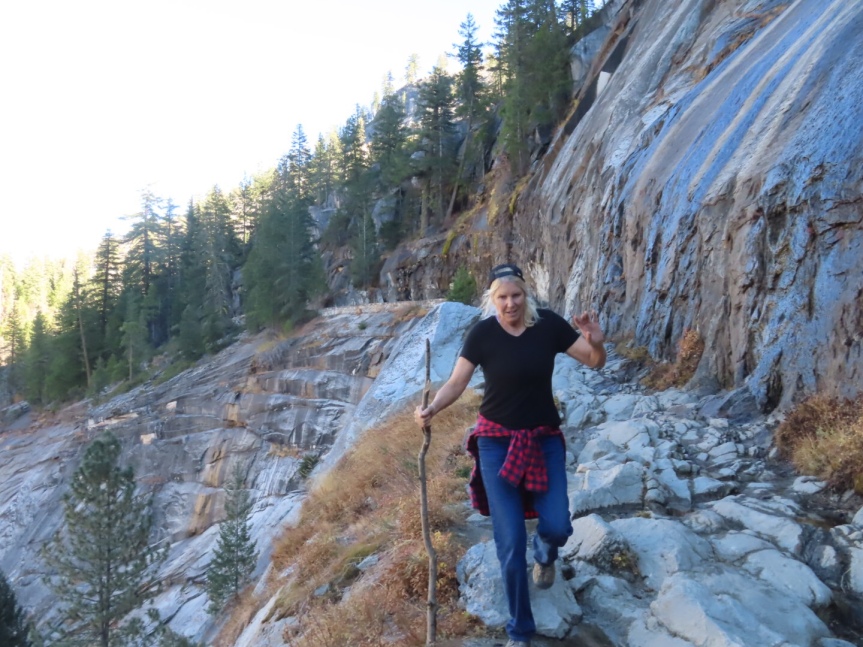 We had about an hour of daylight left when we made it back to the RV five hours after launching our expedition. We leashed up the hound and walked over to North Pines, one of the campgrounds that is closed for the season. We hoping for another bear but Cali must have scared them all away. We let her run free in the empty campground until dark when we headed home for some dinner and to recount our magical day. Yosemite Rocks.