A few days back PJ finally got the opportunity to get her new paddle board our for its maiden voyage. We loaded the boards on the CR-V and unloaded the gear on the grassy area near the newly renovated fishing pier at Rocky Point.

We slipped across the slimy layer of green seaweed and launched along the rocks and dodged the boulders in the shallows. We paddled out into Narragansett Bay and headed to our right towards the lighthouse on the point across from Iggy’s Clam Shack. 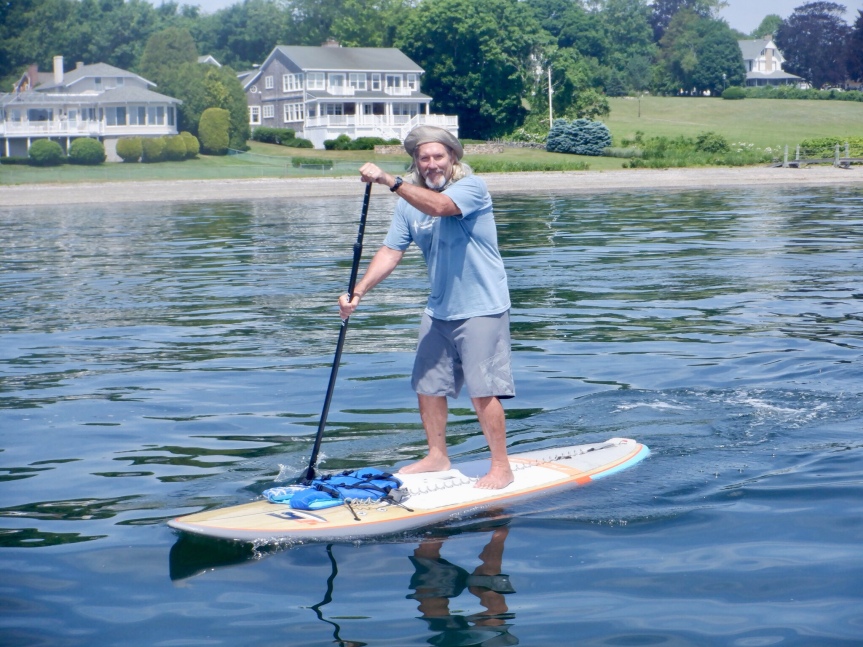 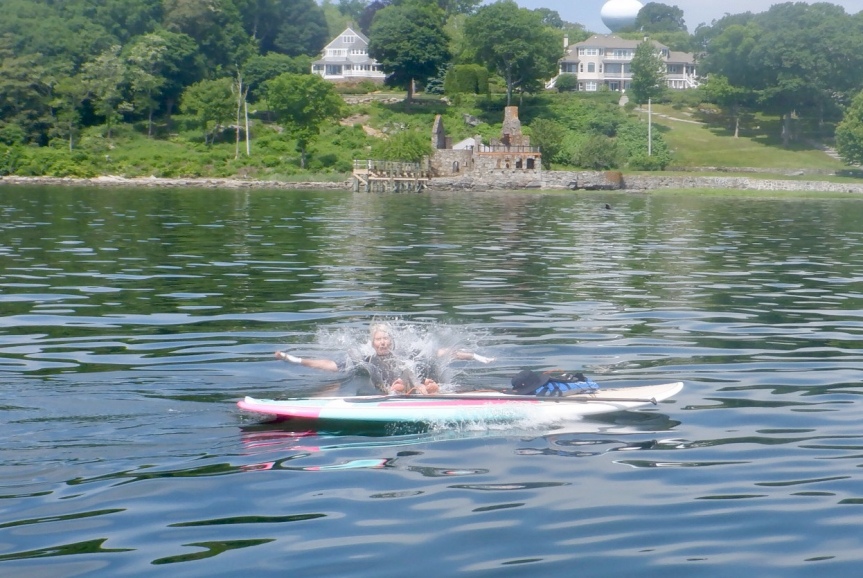 The bay was calm and it was a beautiful morning for paddling. We glided past the remaining artifacts of the old amusement park that used to mark the shoreline along Rocky Point. The giant arch is always a notable landmark as we approach the beach area of the park. 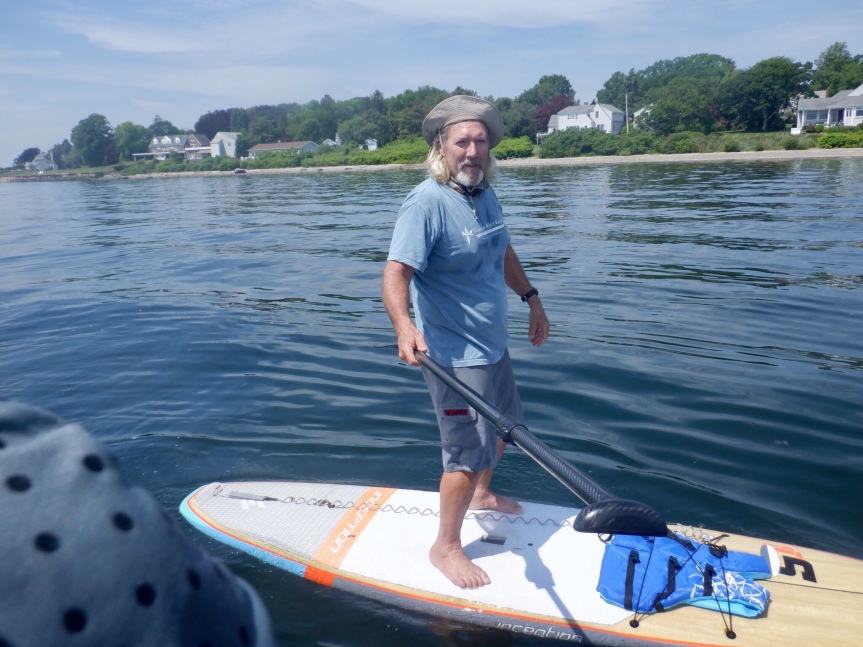 There’s gold in them thar hills!

We continued along the shoreline admiring the waterfront homes and the vast green spaces of the Aldrich Mansion. An occasional boat motored past keeping us on our toes as the wake undulated beneath our feet. We reached the lighthouse on the corner before turning around and stroking our way back to our starting point. PJ has decided that the board is everything that she had hoped it would be. A good kick off to the summer. 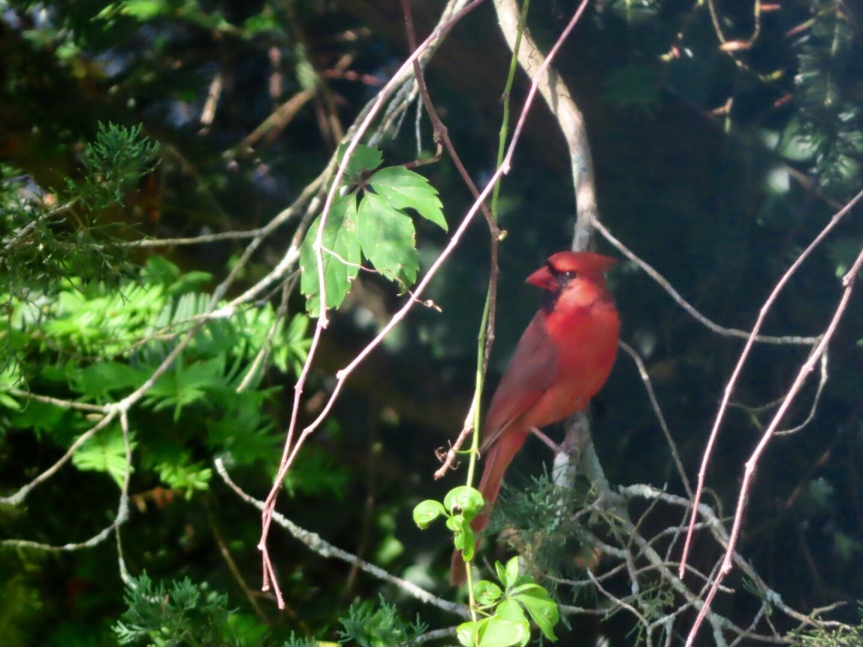