Over a week has gone by since PJ collapsed from exhaustion on the lawn in front of my dad’s house. The day we moved out of Via Marta turned into a marathon pack and sort session going 27 hours straight. No sleep with only short stops to force down a sandwich. Towards the dawn hours, things got fast and furious anticipating the 9:00 am arrival of the new tenants. Things were quickly discarded or loaded into boxes without a whole lot of thought. The trash pile grew quickly, as it had the day before, trashy items mixed with perfectly good possessions that we had no time to give away.

PJ’s dear friend Jeanine came to our rescue at the end taking lots of yard decorations, tools and misc. items saving them from an ignominious end in the trash heap. She helped with storage runs and seeing to it that we ate at least a little bit of sustenance to keep us going. The final morning she returned at 6:00 am, loading boxes and helping us get out of the house. 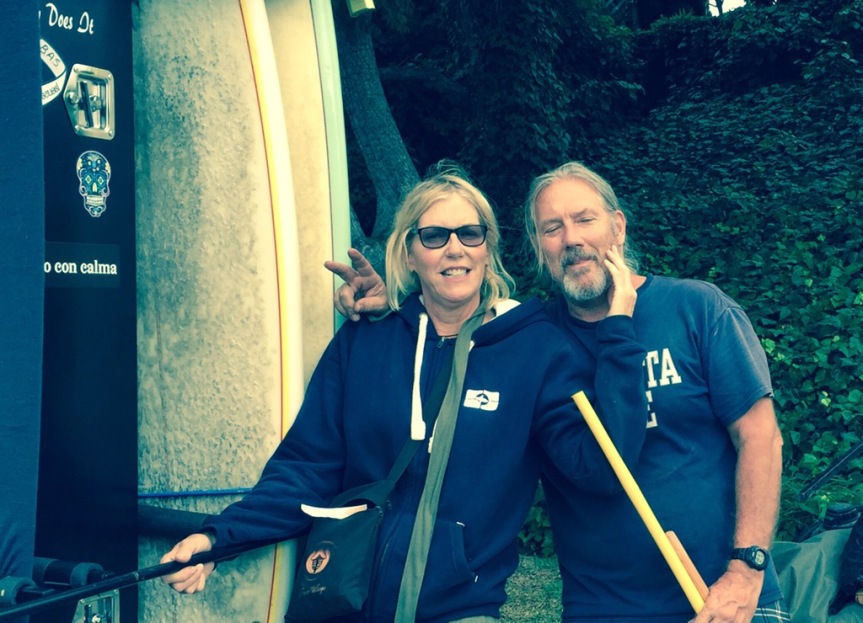 Our friend Kevin saved us in a big way providing trash pick up and disposal with his truck and another truck and trailer driven by his workmen. Two days of dumpster runs. Exercise bikes, mattresses, a couch, and tons of miscellaneous household items. All quickly tossed in and hauled away. 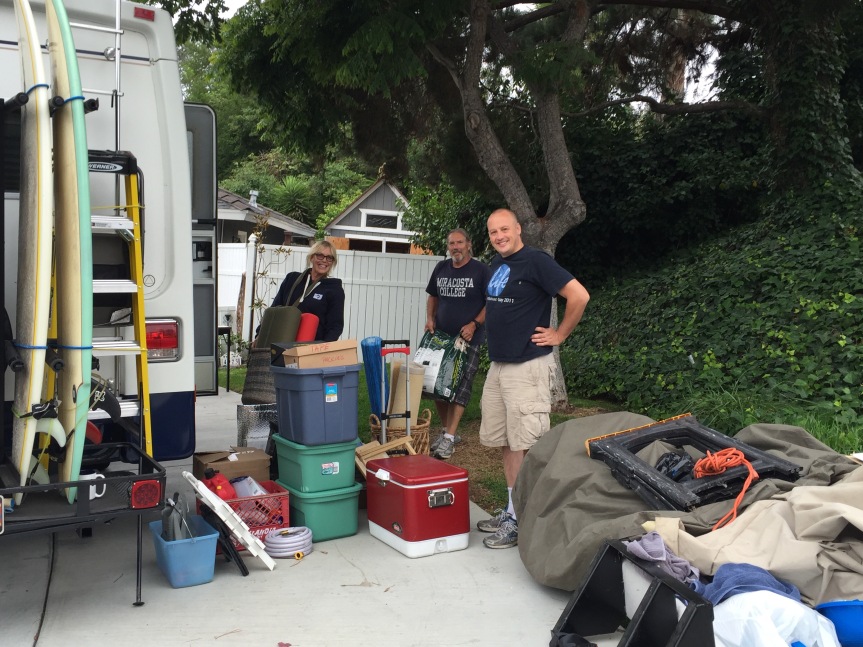 My brother in law, Lee stepped up big time and spent the last two days helping me with storage runs and packing things into our now, two medium sized storage units. He also gave homes to some lawn furniture and distributed the rest, saving me from watching it get tossed in the dumpster. Much love and appreciation to those who were there for us during those stressful moments.

The final trash loads were driving off and we were pulling away just as the new tenant was rolling up. Tossed the dogs in the RV and, bleary eyed, drove over to my dad’s home in San Marcos. Pam followed in the Honda, loaded to the gills with still to be sorted and disposed of goods. As PJ exited the car, she passed out on the lawn and lay there in the wet grass. We got her in a chair and her feet and hands were going numb. When she felt weak on one side, we called 911 and they took her to Palomar Hospital in Escondido. 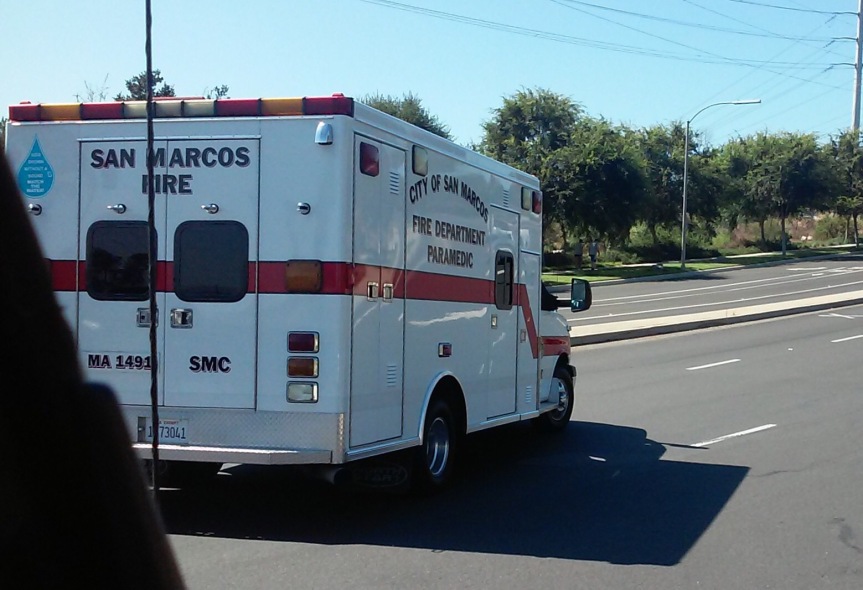 She spent several hours there, telling all of the staff that they were angels. After some EKGs, hydration and a battery of other tests, they found no major physical ailments and sent us on our way at around 2:00 in the afternoon. I’m at 32 hours of no sleep, but a substantial check is being sent Fed Ex to the Via Marta house today from one of my retirement funds. Lee drove the mere ghost of myself that I was by this point over to grab it off of the front porch. Back to San Marcos and into bed to make up for lost sleep.

So, for those who might be wondering how far we’ve made it on our trip so far, the answer is – all the way to San Marcos where we are recovering from the move and clearing up some last minute issues.

One thought on “Simmering in San Marcos”