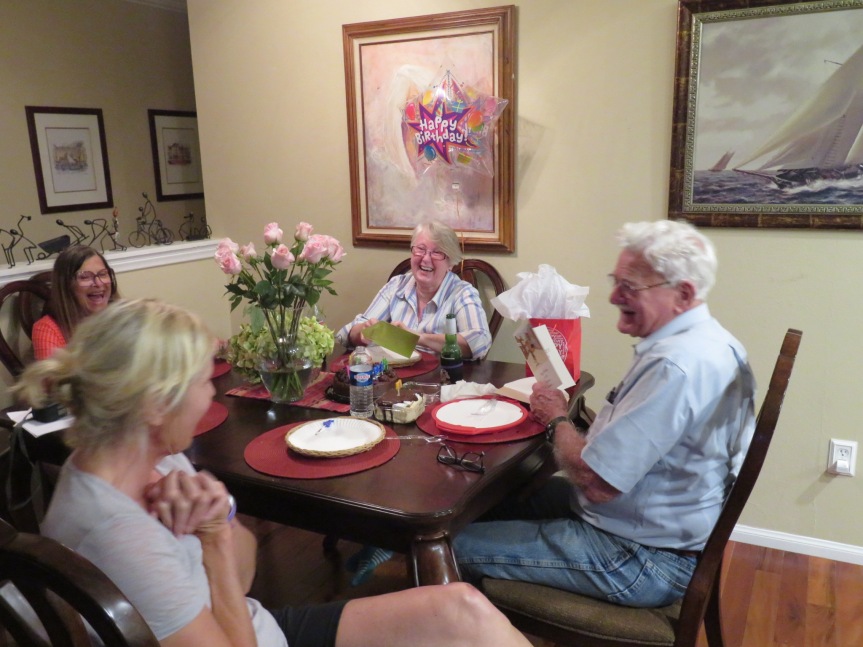 Wednesday, we put together a little birthday celebration for my dad and his gal, Sandy. They both have August birthdays so we wanted to celebrate them and also express our thanks for their hospitality as we go through all of our craziness. 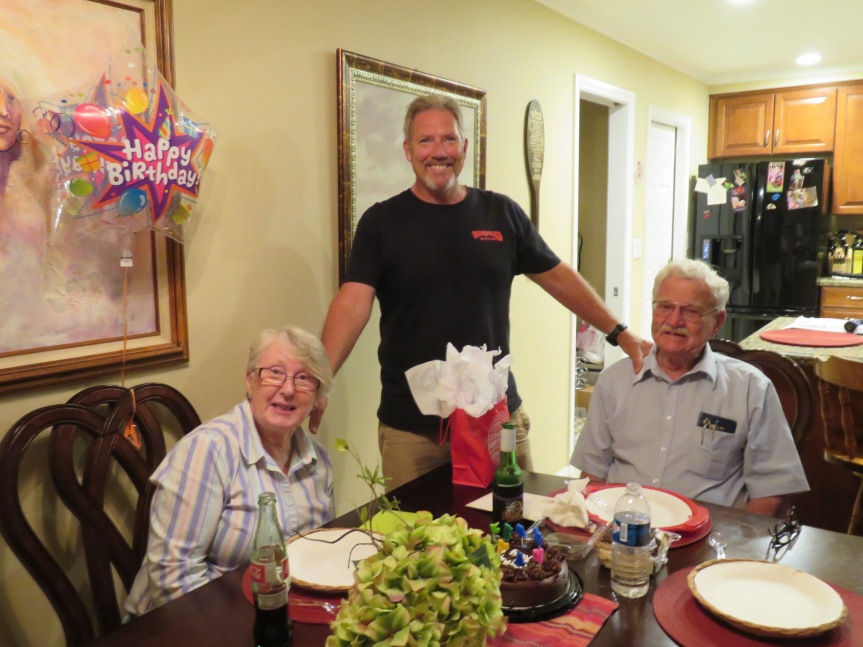 Thursday, we managed to pull off our second exit from San Marcos. Clyde finished working on the cooling system around 2:30, then Lexi went next door to the Power Tire shop to get a new pair of shoes. I had bounced the right outside dually tire off of the curb turning onto the 78 a while back and it had left a cut in the sidewall, a little flap of rubber that would lift up to reveal the damage underneath. The tread was really good, so I had thought to give the tire a shot and keep an eye on it, but it had developed a little aneurysm so I thought it would be better to replace it. We found a little bubble on one of the front tires also, so it was decided to put two new tires on the front and the four good ones on the rear. Spare is new, so we should be good to go. 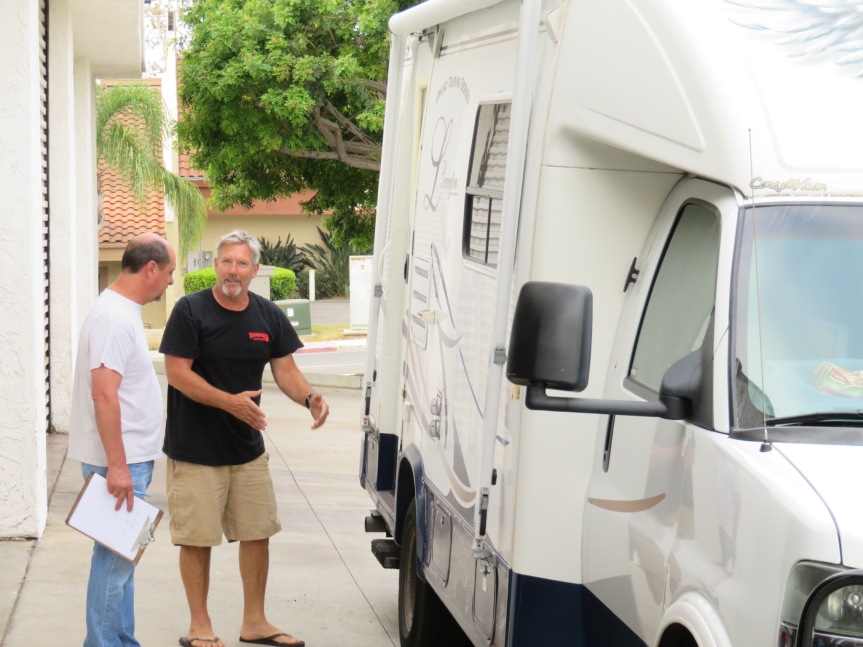 The work wasn’t done until around 6:00, so I put some gas in the tank and we went to Ray’s and reloaded what stuff we had taken out. PJ took her time and got everything neatly packed and we resaid our good byes and were on the road a little after seven. Lexi drove smoothly through small pockets of traffic near Temecula and I was glad for the GPS to tell us where the entrance was to the Roadrunner RV park in Lake Elsinore. No overheating issues, stayed under the half way mark the whole way even climbing the grades. It was after 8:30 when we pulled in and darkness had already settled. I stopped near the last row of permanent trailers and let PJ and the dogs out to get calmed down and use the facilities. I started to walk around when a woman with a small dog came up and found me. 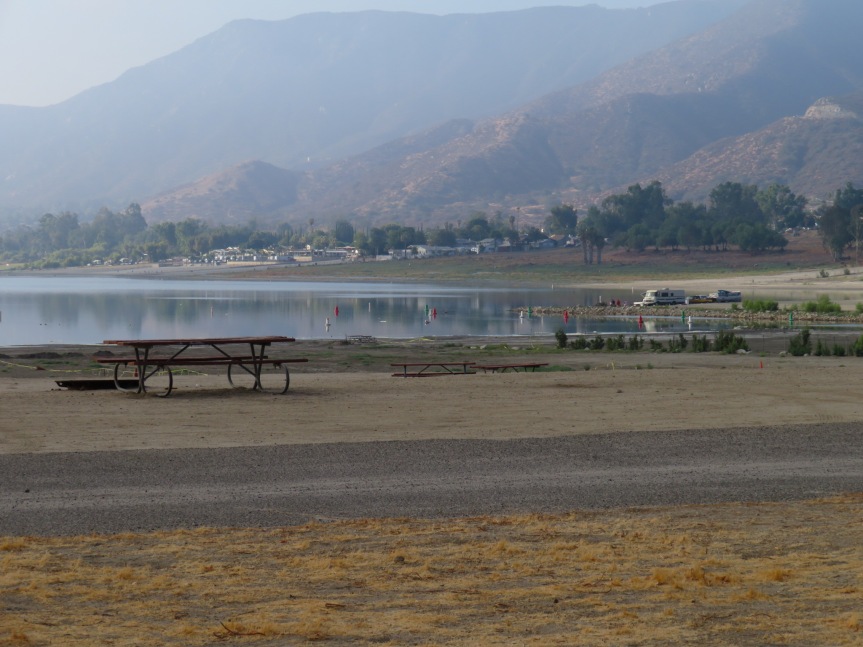 Maria works at the park helping manage things. Jane, who I’d spoken with on the phone, had alerted her that we would be rolling in late. She showed me to our spot and we got ourselves leveled up and set up our beds. Nice enough spot. Good sized space with a large shade tree. There are big fifth wheel trailers on either side of us. The guy on our left is gone for the week, so no neighbor there. A family is in the other trailer, but they are already closed up for the night. Maria says they are really quiet and are probably already asleep. PJ and I lounged awhile and settled in for an air conditioned night’s sleep. Dogs are digging the new A/C. 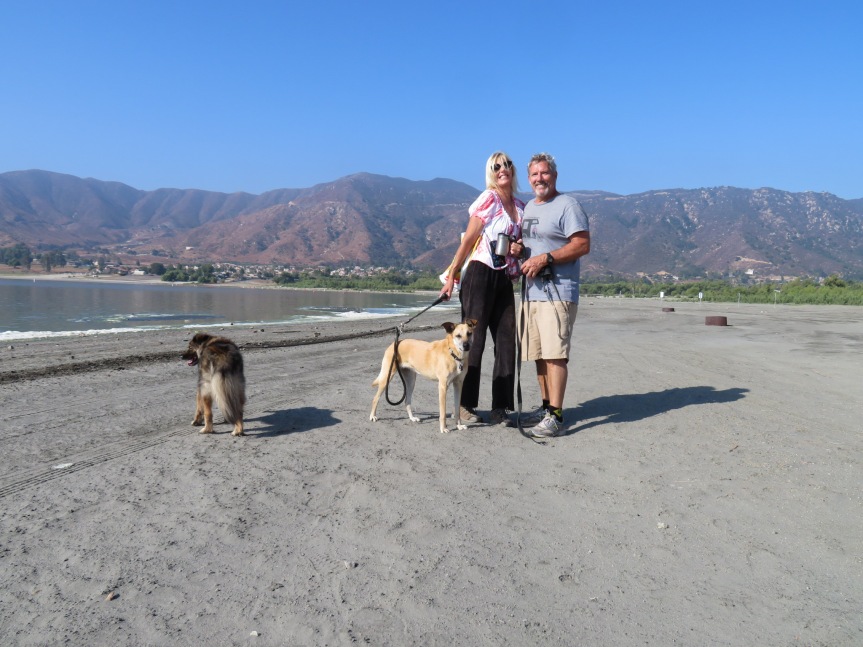 I woke early this morning and took the dogs for a walk down by the water. Algae has taken over the lake. The lake looks pretty from about 100 yards out, but you can see and smell it when you get right up to the shore. Don’t think I’ll be doing any swimming at this stop. Desert is beautiful and the morning was cool. We walked as far as Coyote Cove where they had signs saying to stay out. There was no one around, so we walked there anyway. Dogs are enjoying the large open areas to cruise around. There are few other dogs so pretty peaceful outing. 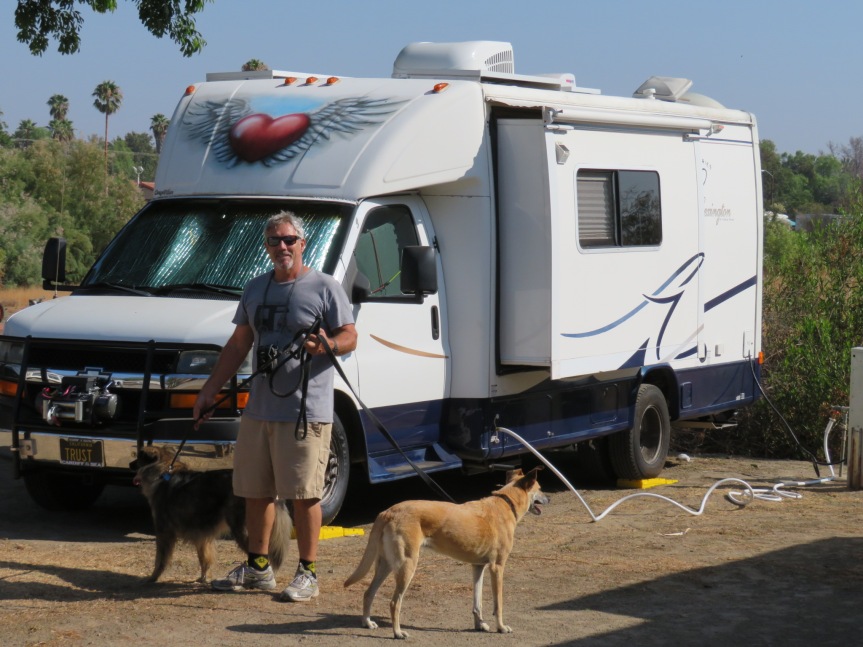 PJ got all inspired to hang these sarong looking pieces of cloth on the awning to block off the neighbors. She must have spent an hour getting it just right. A monumental work of art. I rode the bike down to the market to get creamer for Pea’s coffee and have a look around. Came back and made breakfast and sat around the picnic table eating oats and drinking tea. Went for another walk with PJ and the dogs. Let them off leash and Koda promptly rolled in something gross. Brought them home and gave Koda a bath. Walked them around some more to get Koda to dry a bit before letting her back in the RV. 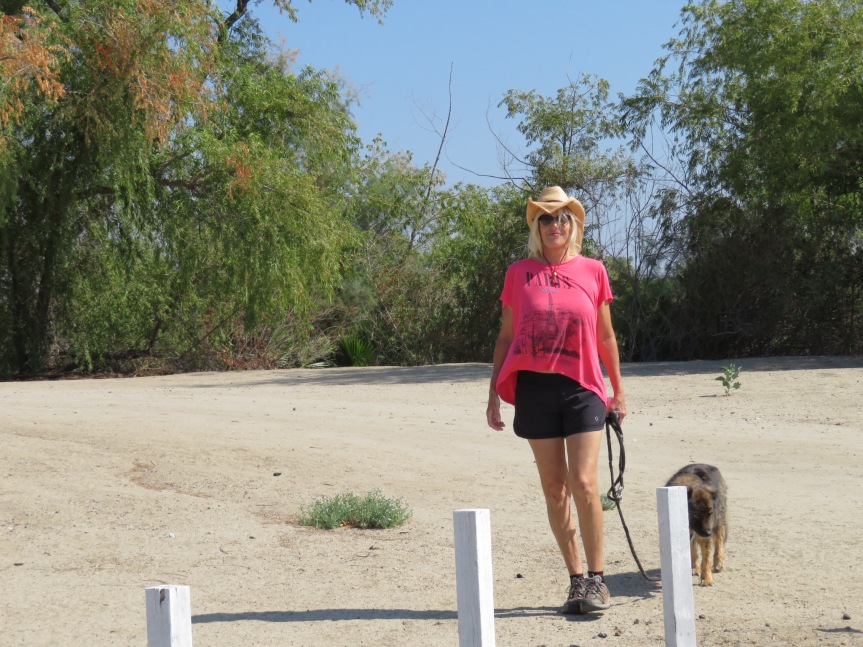 Paid the rent for our two nights. We are enjoying the peace and quiet and might stay a bit longer to just unwind. The owners say we have the option if we want to hang out. There a few other travelers passing through. Us transients are mostly along the east side of the park backed up to an open field. The long term folks are in the middle, a little more boxed in. People in the trailer next to us never even opened their door or stepped out into the light of day. Wind came up in the afternoon and nearly blew off the awning. Had to jump out and take it down. All in all, a decent place to be though. Great views, clean park, no worries. A good place for a moment of introspection. PJ spends a lot of time contemplating what the hell we’re up to and mourning her little dog. We’ll take a breathe and decide our next move. 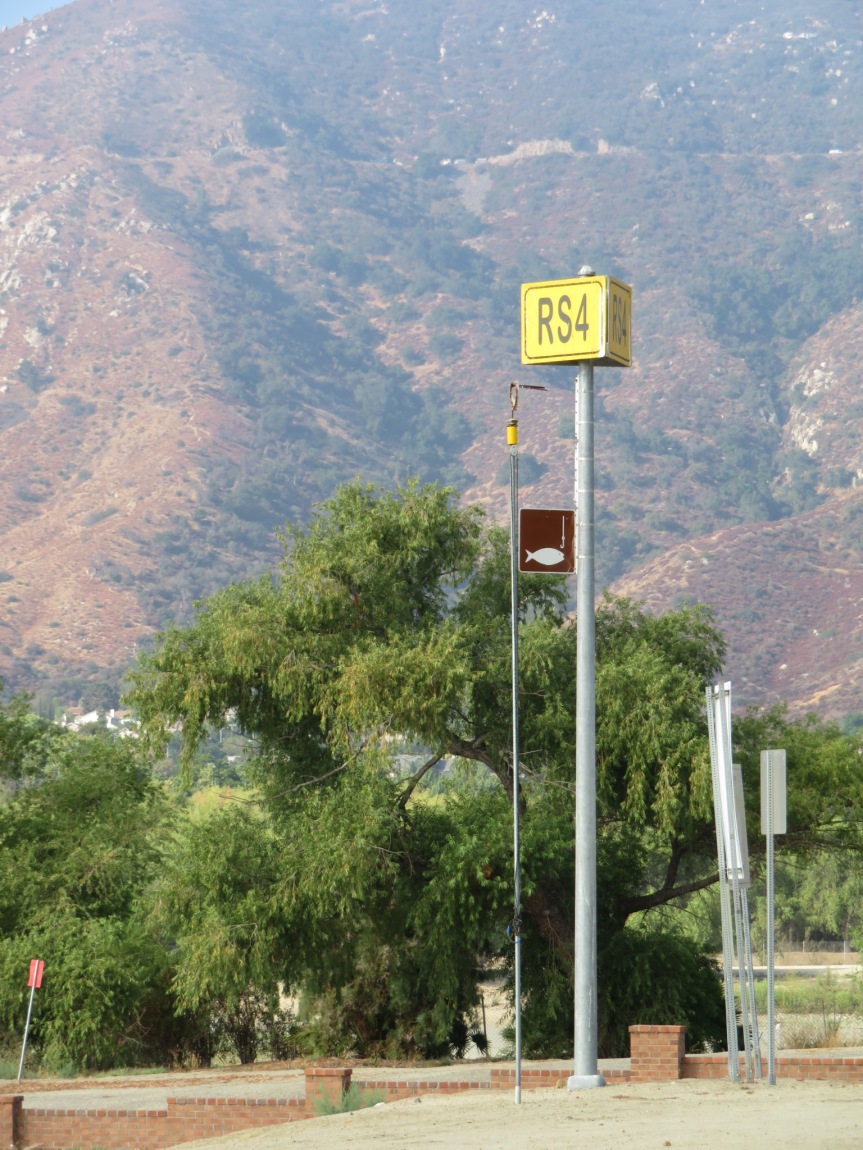