I was kind of slow moving this morning with a little tweak in my lower back. It was threatening to lock up so I laid back down and rested it a while. Our holding tanks were full so I tucked in the slide out, unhooked hoses and cords then drove over to the dump station at around 11:30. Looking to the east, I could see smoke filling the sky over the ranger’s kiosk. 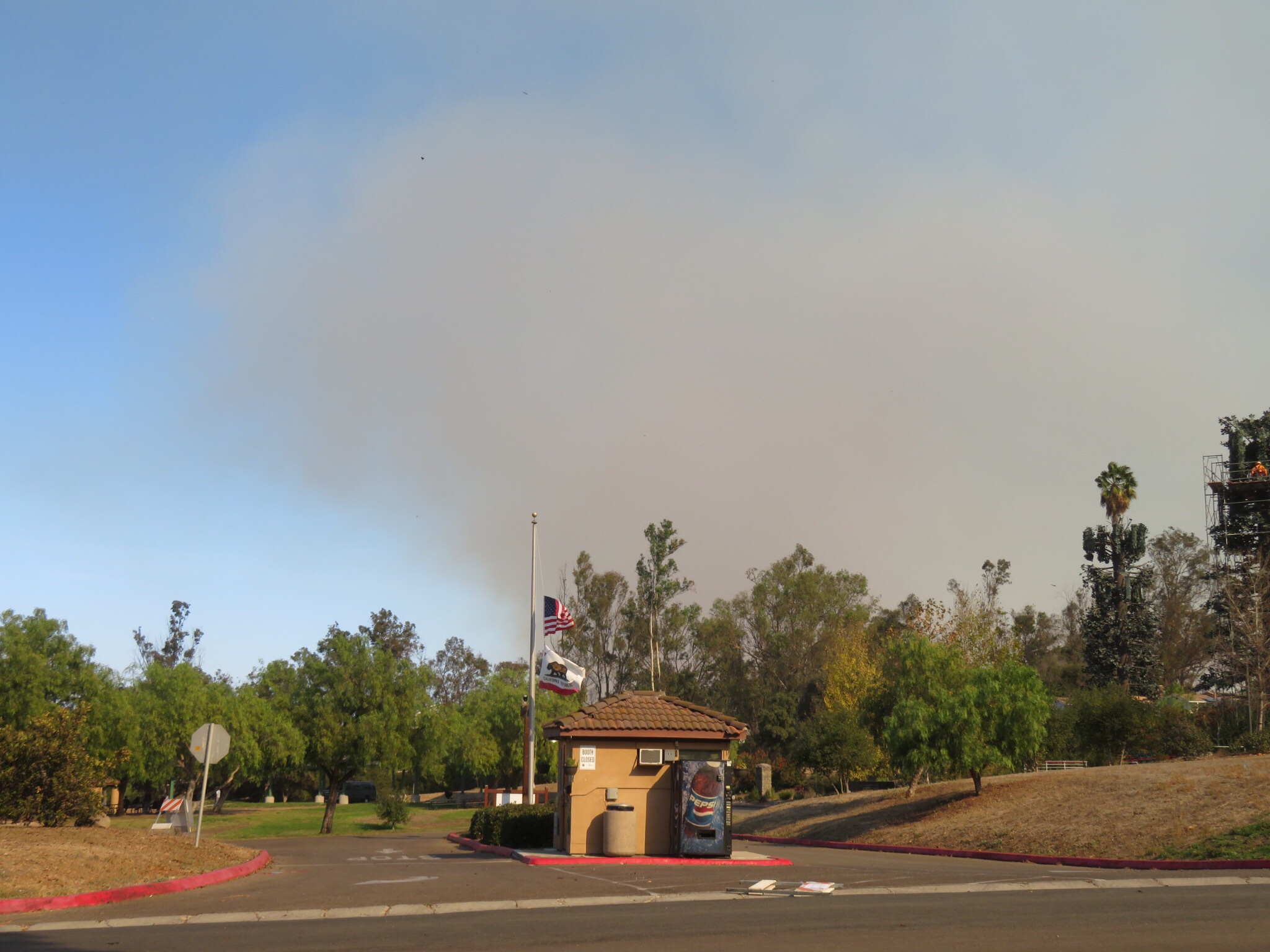 The very beginning of the Lilac Fire

PJ and I kept an eye on it for a while and it became apparent that it was growing quickly and headed our way. We walked over to the ranger headquarters and they said it was over by Highway 15 and moving in our direction. The wind was blowing hard and we were soon enveloped in smoke. PJ started packing things up and I called Carlsbad State Beach to see if they had space. Pam got on the phone with them and we found a campsite for Friday and Saturday. They said that they were unable to reserve spots for the same day on the phone. We would have to go to the campground itself and check at the gate. 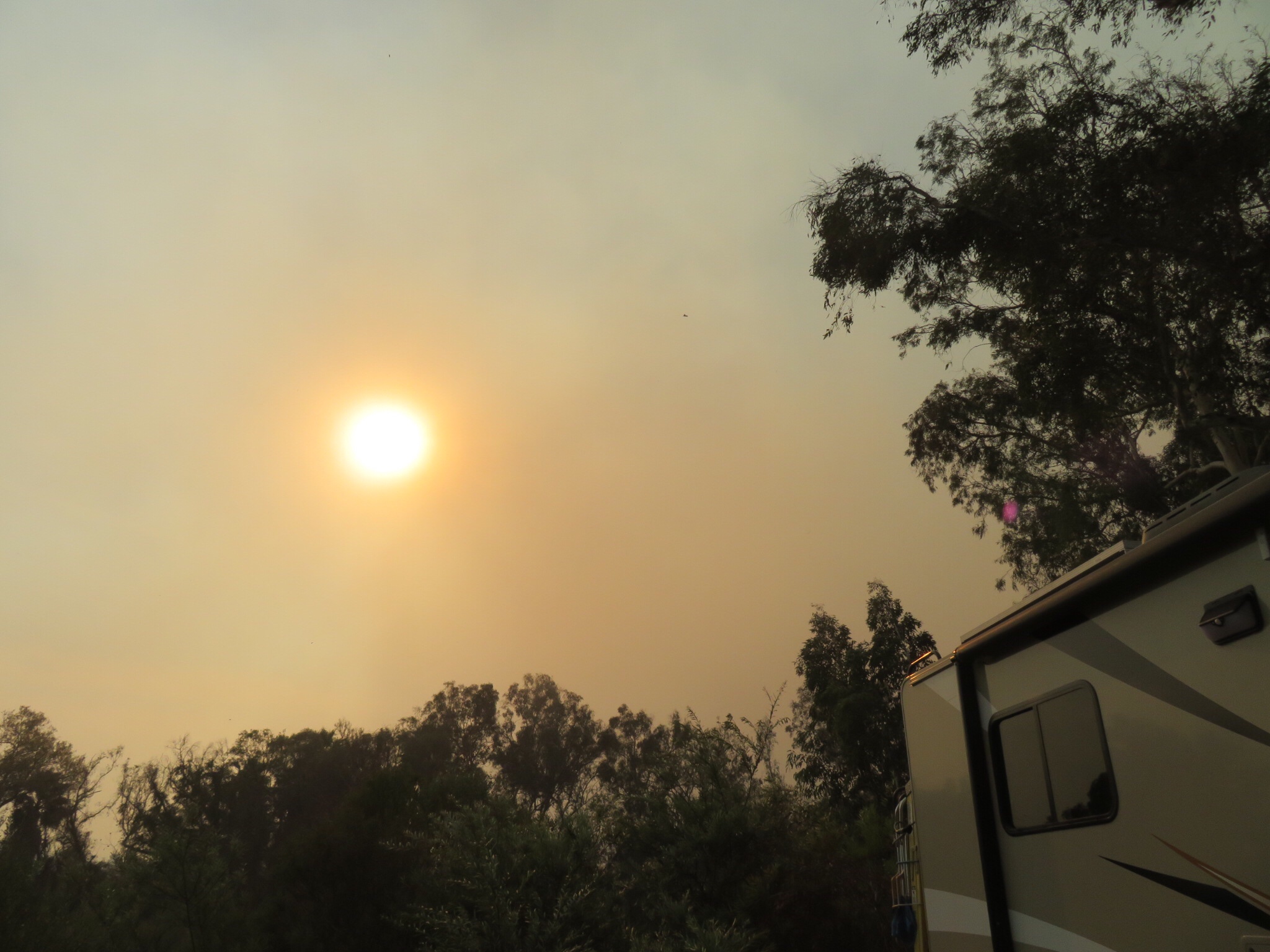 PJ took the Honda and went ahead to Carlsbad while I broke down camp and stowed our gear. Some of the other campers were pulling out and others decided to wait and see before making the move. Breathing was irritated by the smoke and the sun was obscured by the darkness, so we knew we didn’t want to stick around. I left Guajome at 2:00. By the time I reached the intersection of Cannon Road and I-5, PJ called and said that we had a spot on the ocean so I continued on and we set up on the bluff overlooking the sea. 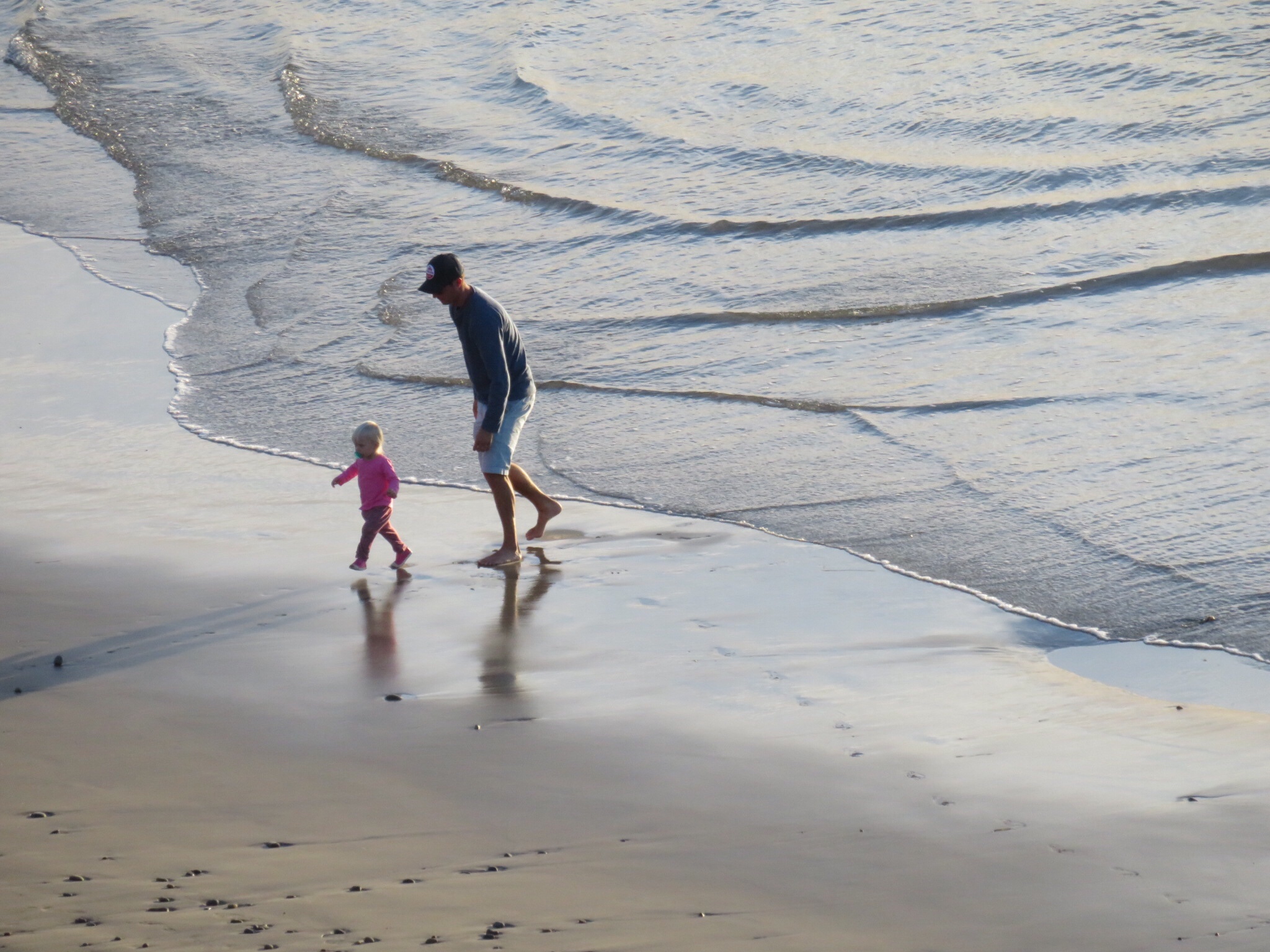 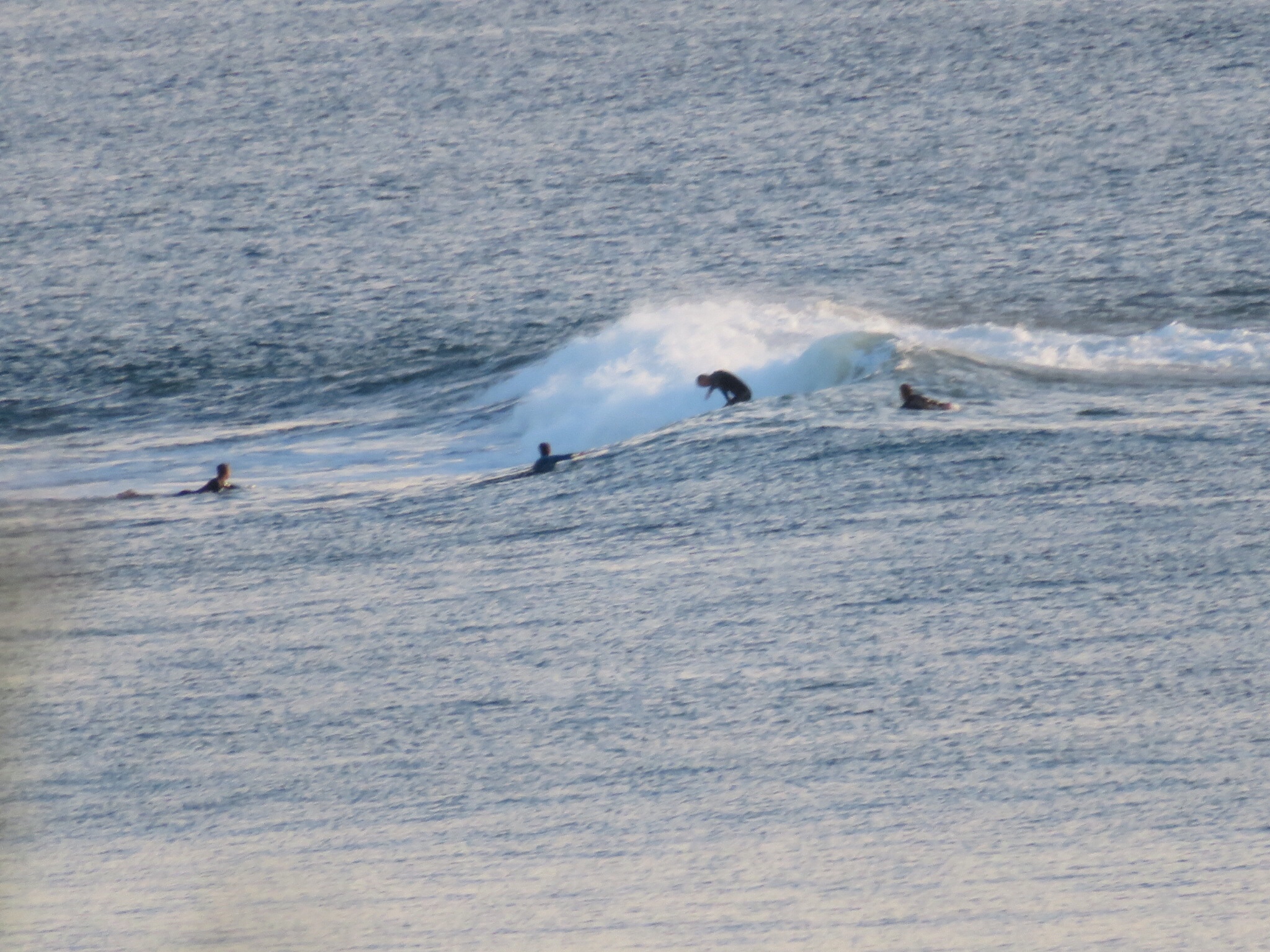 It was so nice to be at the beach and away from danger. The ocean was smooth and glassy with the offshore winds. The smoke could be seen blowing out to sea over in Oceanside. Lots of surfers were out riding the waves and taking advantage of the conditions. We turned on the news to see what was up with the fire and by that time it had covered over two thousand acres. The sunset was enhanced by the smoky skies. 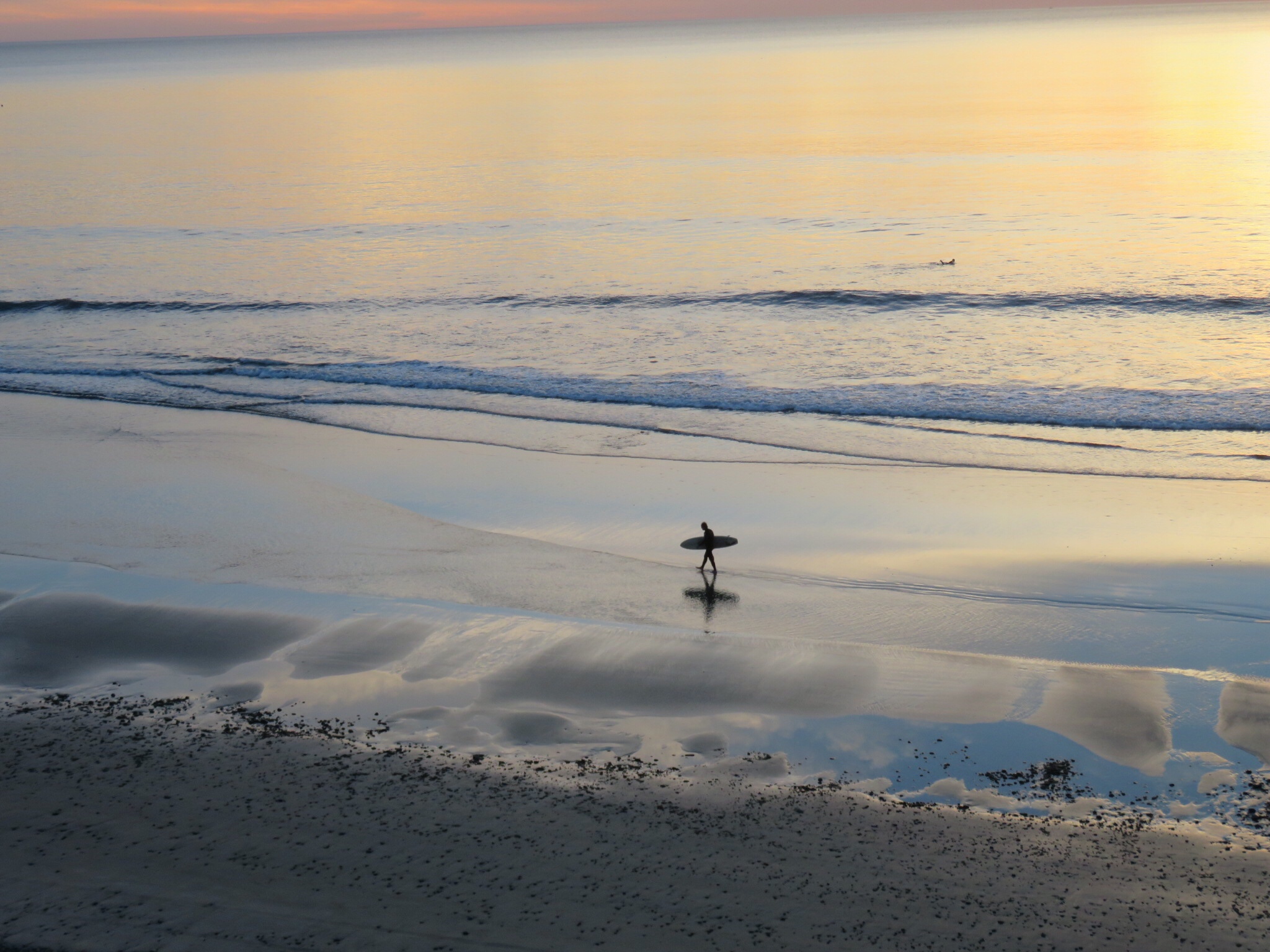 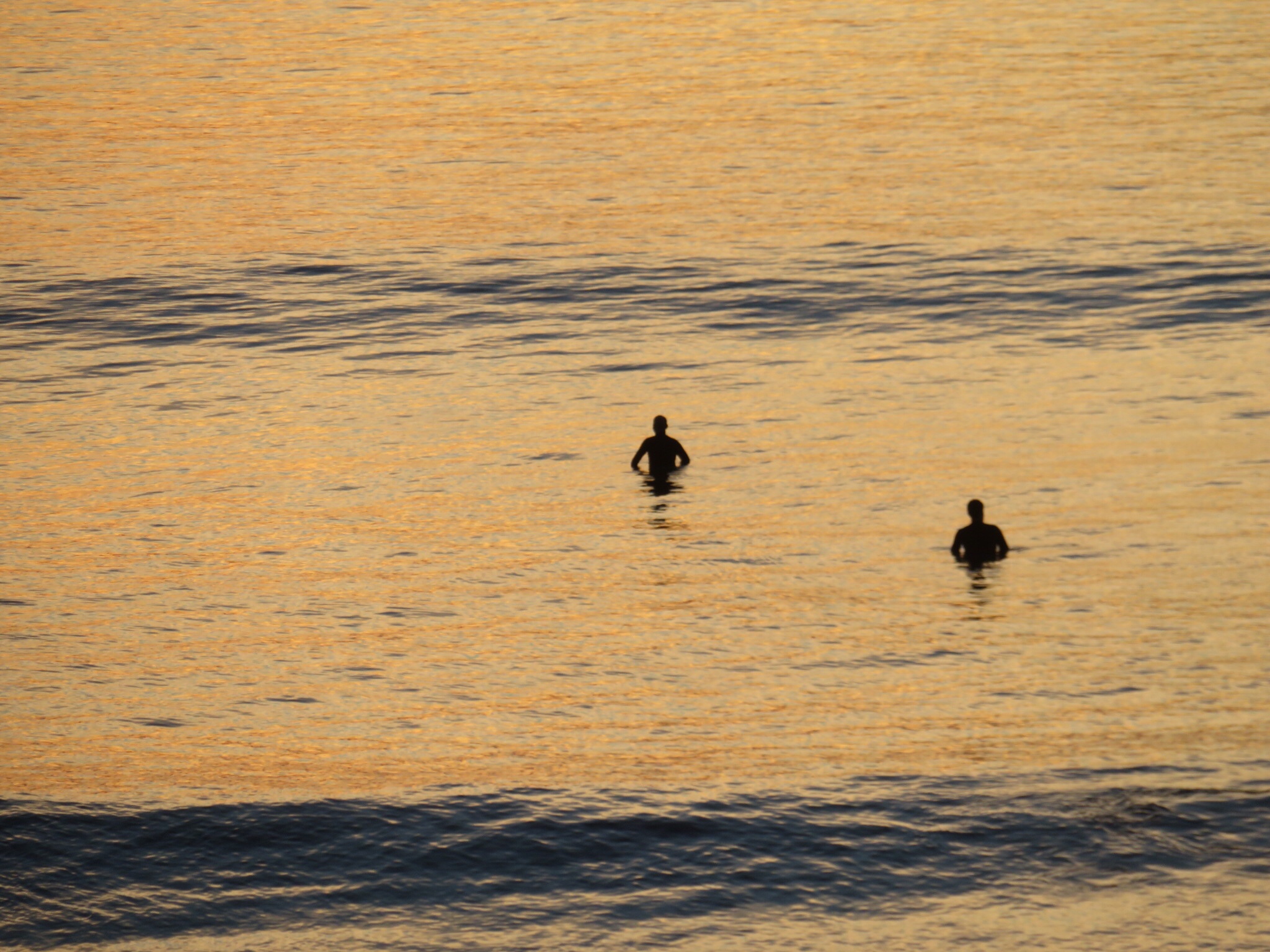 PJ took off to attend a women’s meeting over in Carlsbad and I settled in on the couch to watch the football game and follow the news of the fire. It dominated all of the local stations and it preempted any other programming. By the time PJ got home, the fire had grown to over 4000 acres and at 10:00 there was a mandatory evacuation for the area where we had been camping at Guajome. Glad we got of there early and weren’t scrambling around in the dark. Got comfortable in our new neighborhood and went to bed to the sound of the crashing waves.