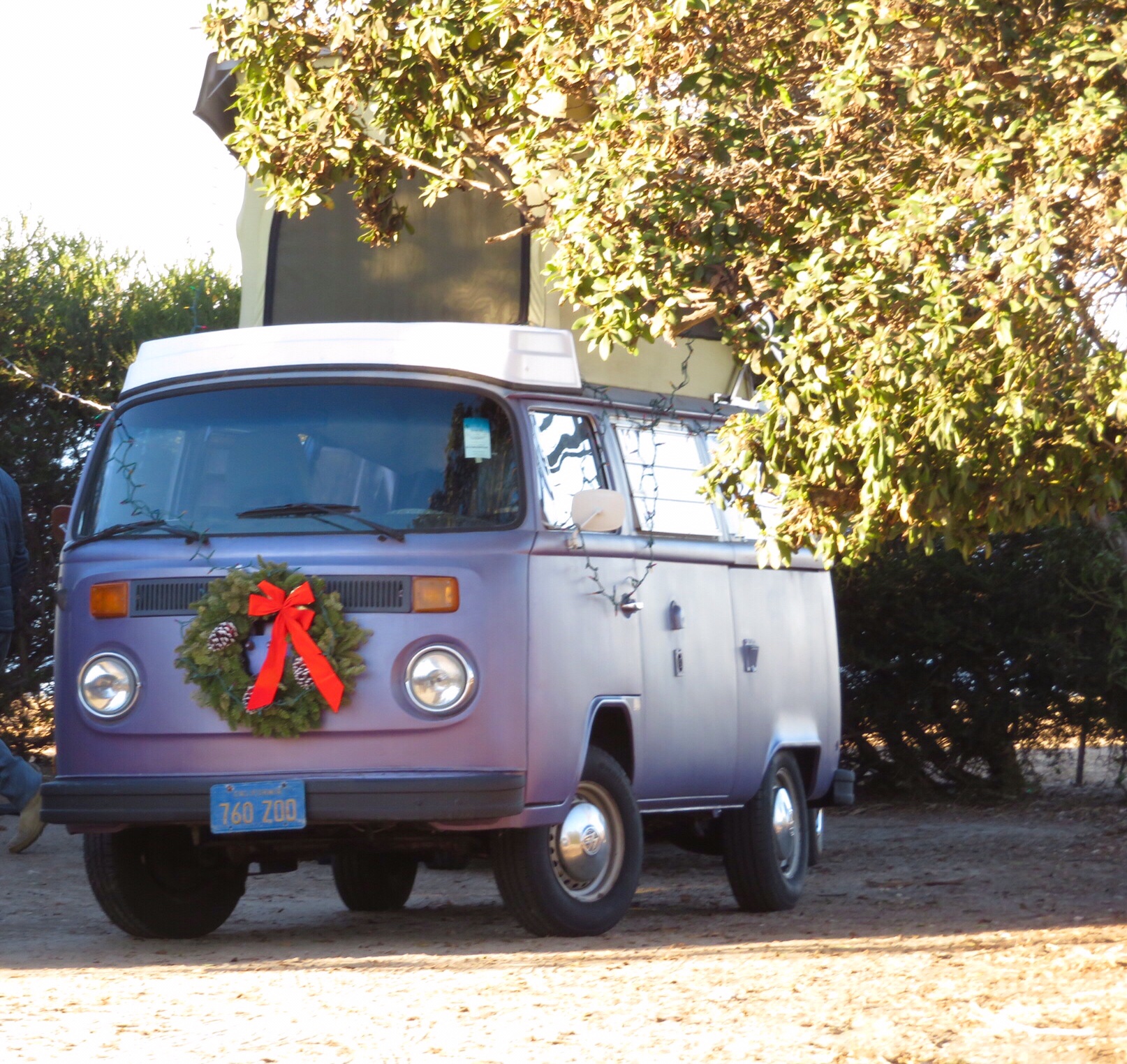 It has been a whirlwind couple of days. PJ’s father’s nurse practitioner called on Thursday with concerns about Pete’s health. After talking with her sister, Pam decided to book a flight and go back to Rhode Island to see if she can help. We spent much of the day on the phone and driving out to storage and to San Marcos collecting warm clothing for the northeastern cold.

Friday we were up early and making final preparations before braving the traffic into San Diego. But, there was no traffic. 8:00 a.m. and the freeway was free and clear. We pulled to the curb, unloaded and said a prayer then PJ was off and I was on my way back to the cardiologist for an echocardiogram. Everyone must be taking the day off for Christmas, because Interstate 5 was just as open going home as it was coming down.

The Kook won a bunch of surf trophies

Never know what the Kook will be up to next

I had about 25 minutes to spare, so I decided to pop in and visit my old friend Danny at the house in Cardiff. This is my last known residence in Cardiff, a beautiful little duplex with 180 degree ocean views. Dan has finally moved in over there after renting it for so many years. His girlfriend Tippy is stoked to say the least. He’s still getting settled in. We sat for the short time I had and talked about all things family, cars, remodels, health. He is upgrading the downstairs unit and getting it ready for renters.

Soon, the clock told me it was time to head over to Scripps to get a picture of my heart. I was able to watch my valves opening and closing on the ultrasound. It also measured oxygen flow and other parameter. The technician was tight lipped about what he was seeing because although he has done a million of these and probably knows better than the doctor what we’re looking at, he’s not allowed to say. He did give me a nod at the end saying he hadn’t seen any reason to call 911. I’ll get results in 4 days.

Off to Von’s to get a few items then back to camp to release the hounds. I threw a slice of ham between two heels of bread and ate it while we wandered around the sand on the beach out front. Then back in the cave for the girls and I was off to storage to meet a bro named Rolf to sell my massage table. I was rushing because I was late when I got a text saying he was held up in traffic on the freeway, so it all worked out. He showed up, gave it a keen looking over and handed me some cash. Quick and easy.

Back at camp, John came by to visit for a while and hang out. He brought an old guitar with broken tuning pegs on the machine head. We never got it to tune but we goofed around with my guitar and the little ukulele we’ve been carrying around with the intent of one day learning to play a tune on. We took the dogs out for another sniff around the beach then he headed to pick up family at the airport while I sat down on the phone and talked to PJ who had touched down in Charlotte and was waiting for her connection to Rhode Island. 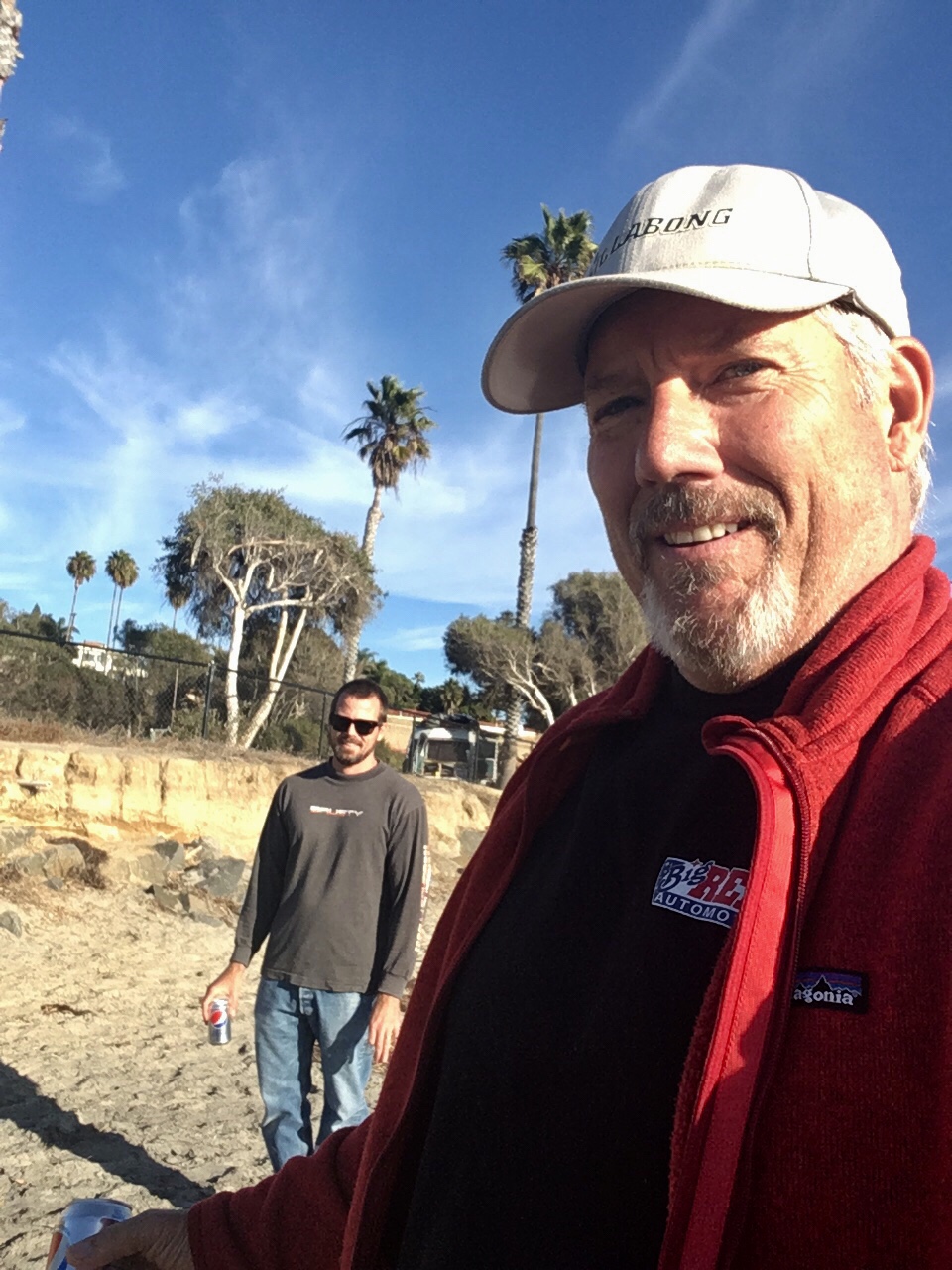 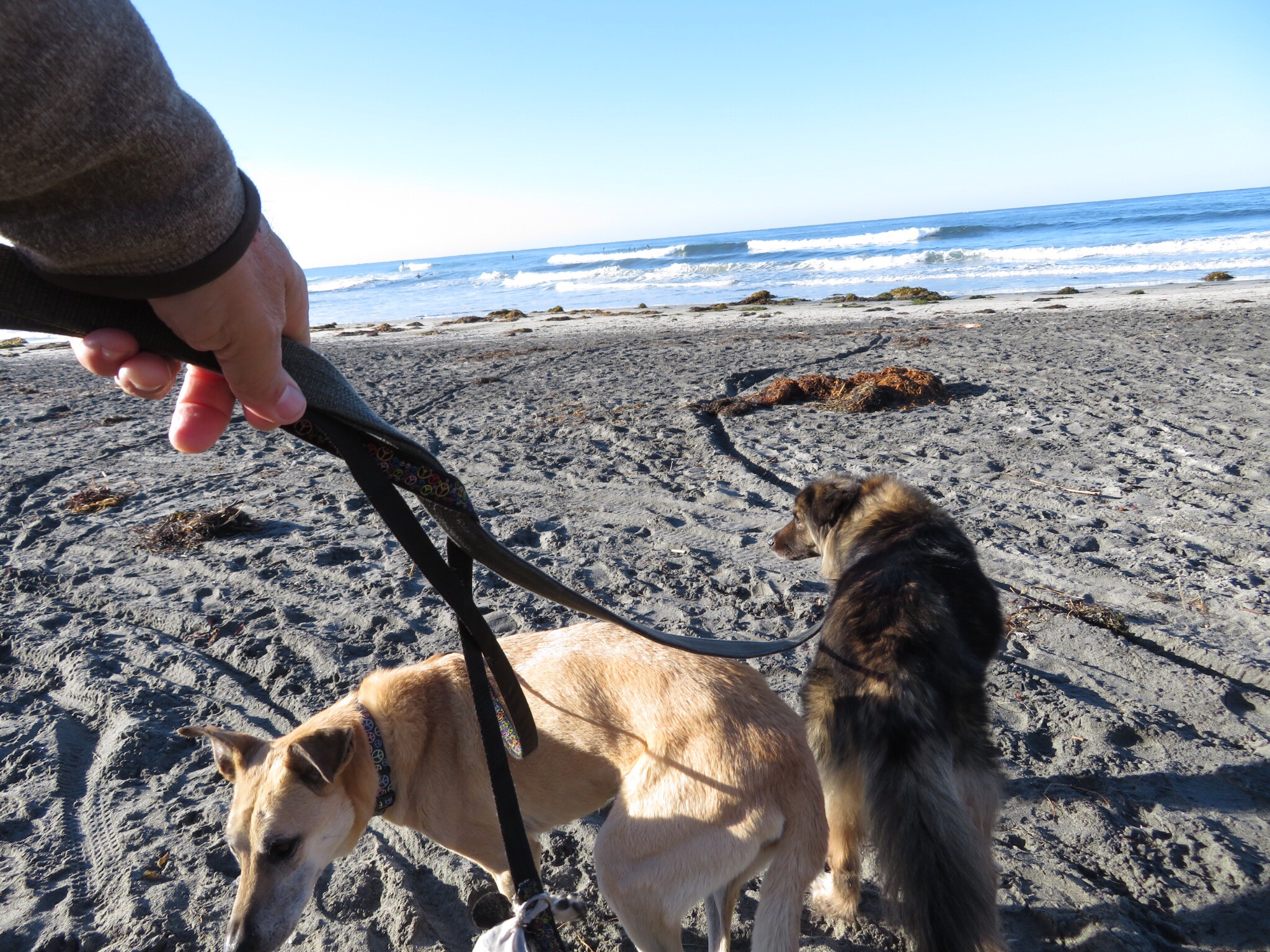 I kept to myself most of the night making a final round of the campground trying to convince Cali to pee before being put away for the night. PJ called and was comfortably at home with her mom and dad. She had smooth travels although someone had a seizure on one of the legs of her trip. Pete wishing you the best and you are in all of our prayers.

The neighbors in the next site were having fun and laughing around the camp fire. I didn’t want to get a resentment laying down to sleep and having it keep me awake, so I sat and watched inane garbage on t.v. until they closed down around midnight. No problem sleeping.