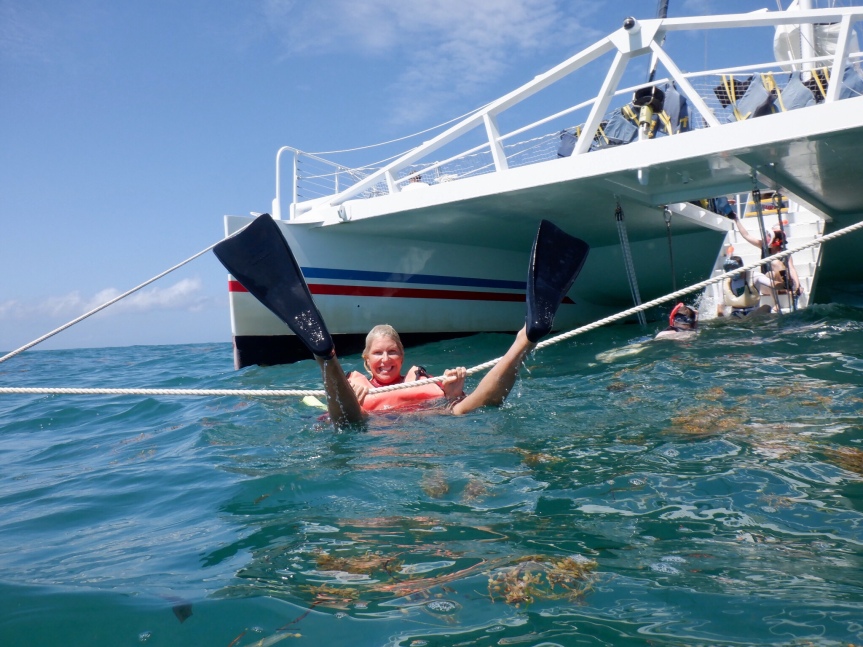 The alarm sounded early and we hit the ground running for another busy day. It was raining pretty steadily and the wind was picking up a bit. PJ had scheduled us a snorkeling tour out of Mallory Square this morning so we got our gear together and drove over to the parking garage next to the square. I was a little skeptical of the conditions but these cattle boats are going to drag you out there rain or shine to get their payday. We checked in then busted out the ponchos and waited under an awning in front of the boutique shops until it was time to board. By then the rain had stopped and we were graced with a beautiful rainbow spreading it’s arch from one side of the waterfront to the other. 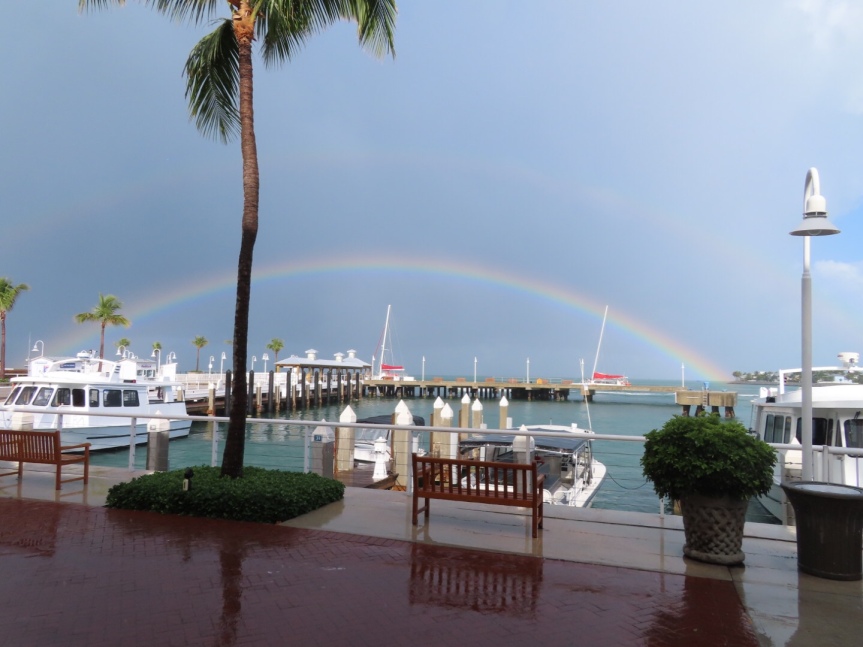 We boarded the large catamaran and motored an hour or so out to the reef by the lighthouse. The visibility was poor and to be honest, the reef itself wasn’t in too great of condition. Lots of dead areas and bare spots. We had a great time though swimming around and observing the beautiful fish that make the reef their home. The water was a little rough and most of the snorkelers didn’t last too long leaving a intrepid group of us out for the remainder of the session. Bathtub warm waters and colorful reef fish, who could ask for more? 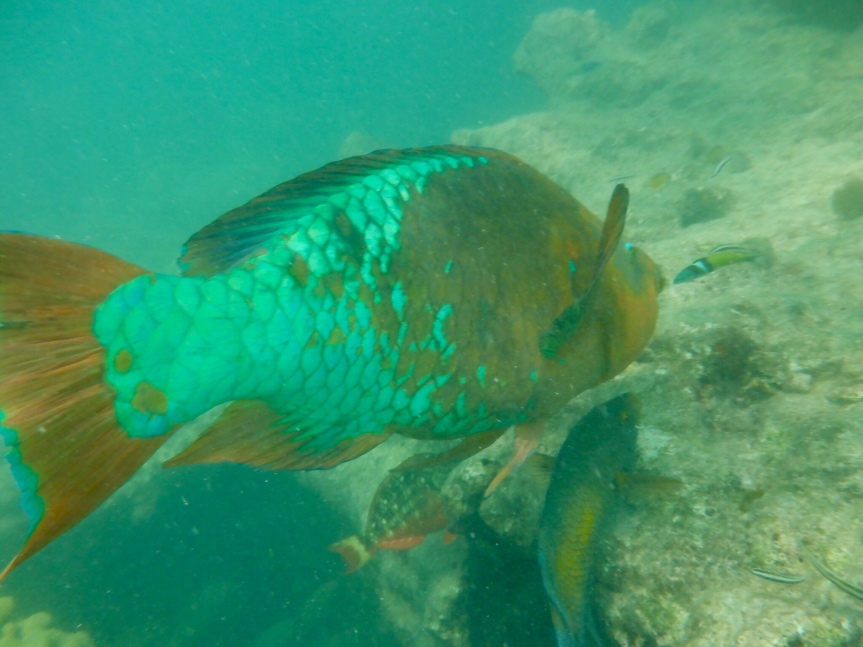 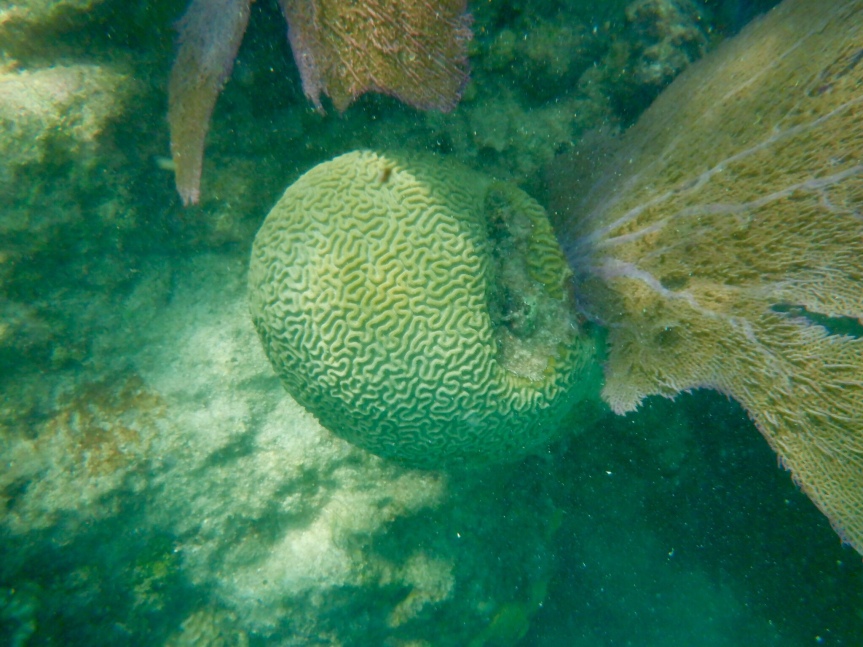 After an hour, Shiloh called us all in and we headed back to port. The bumpy seas and occasional waft of fragrance from the head below had a few of our shipmates looking a little green but everyone held together and we were soon idling into the boat slip to say thanks to our professional and friendly crew. We debarked and went on a scavenger hunt for one of the ‘one human family’ stickers we keep seeing here in Key West. 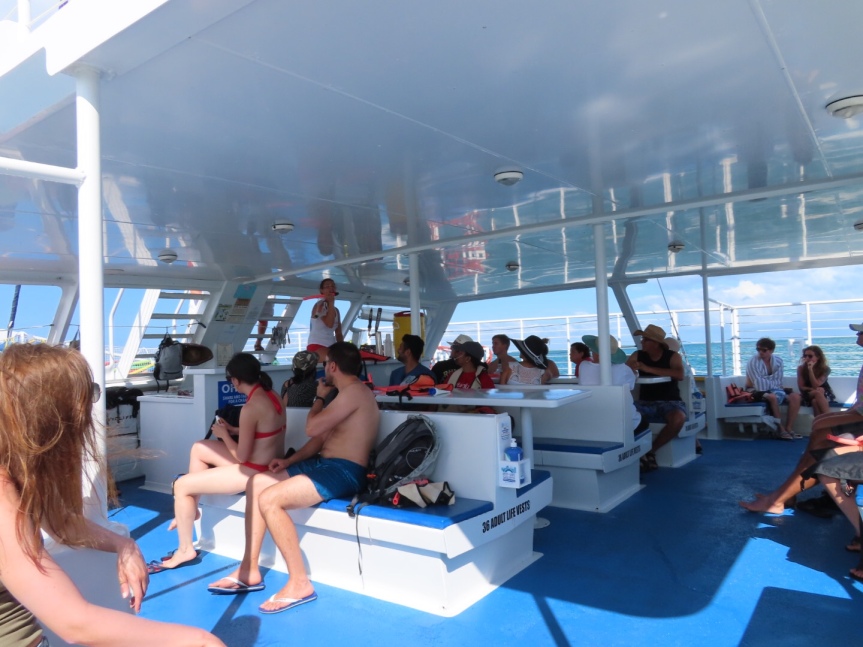 We strolled down Duval and things were already lively and loud at lunch time. Lots of live music everywhere as the Songwriters Festival is being hosted here in Key West this week. All the snorkeling had worked up a large appetite, so we found a cozy outside dining spot at the Old Town Mexican Cafe where we ordered up a flavorful and abundant vegetarian meal to enjoy in the shade while watching the action pass by out on Duval. We meandered around the hot streets some more until we finally found our bumper stickers at the Peace Shop almost all of the way back where we started our quest. 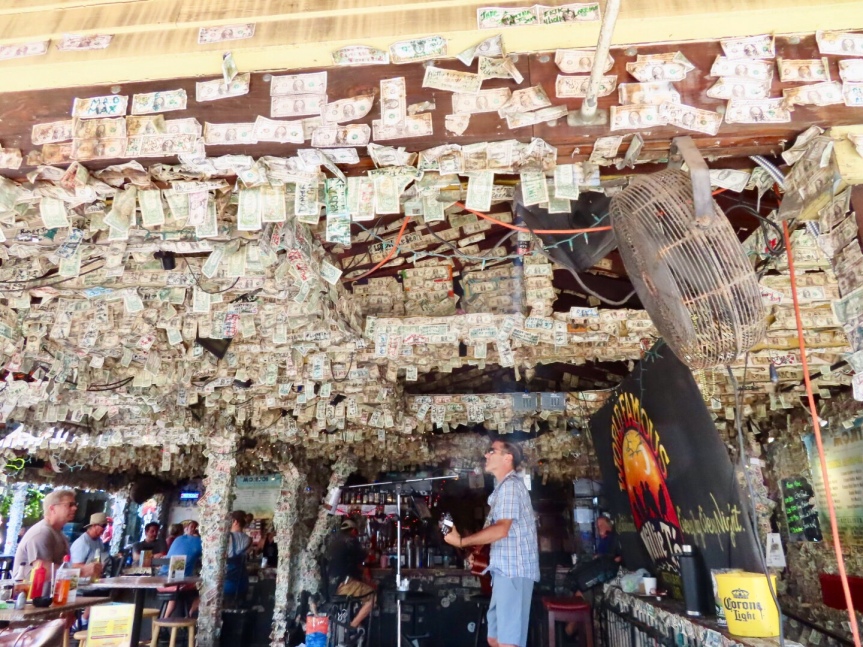 Cali had had a long day hanging in the house, so we hurried home and walked her around. She tried to root out a large land crab that has a big hole across from our site. PJ had spotted it the other night and thought it was a giant horror show spider. We walked out on the dock and goofed around a bit until I stubbed my toe on a rusty old boat cleat and had to go home and doctor it up. We had planned to rally and return to town but ran out of steam and kicked back for the evening at home. 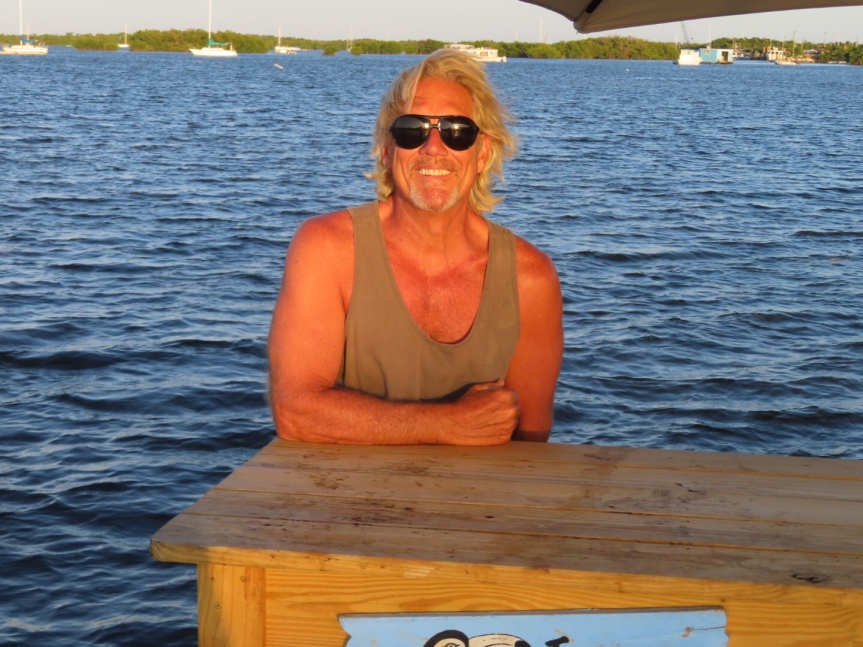 One thought on “Enchantment Under the Sea”