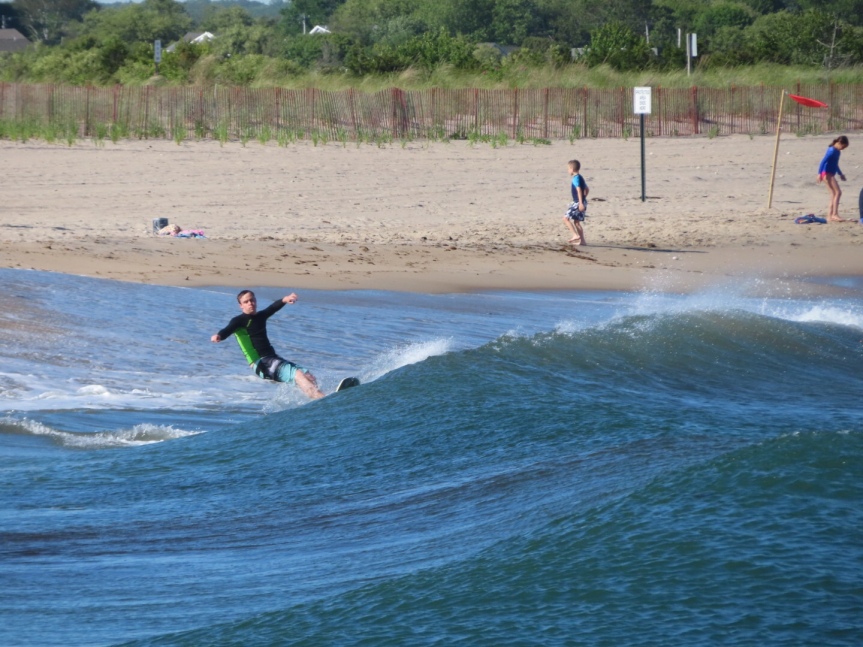 A day without much activity. It had rained hard during the predawn hours and continued to come down until the mid morning. I laid around reading, drinking tea and generally slacking off. In the afternoon, I brought my chair to the beach and sat watching the waves as the skies cleared and the sun began to shine again. I walked out onto the jetty to see what views I could see from out on the rocks. 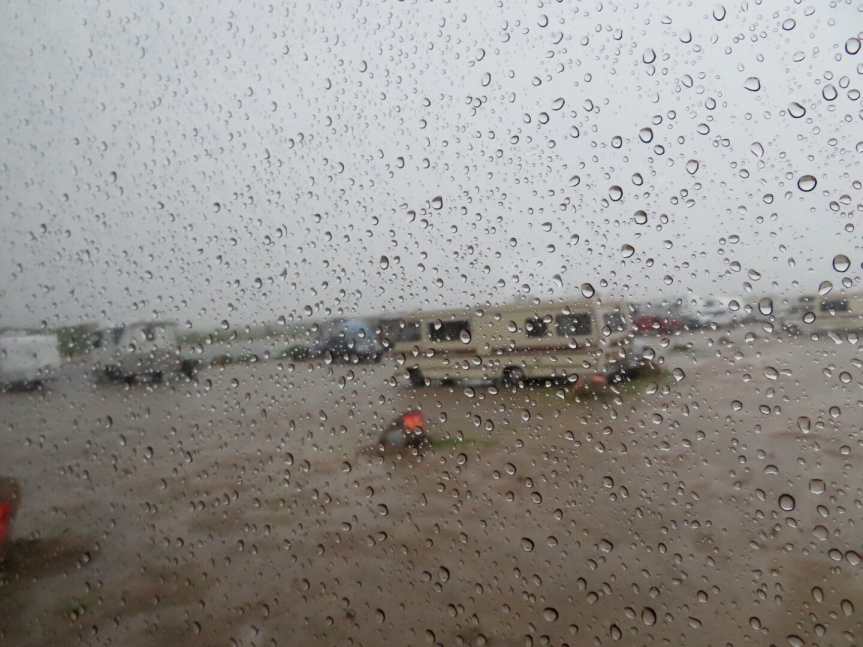 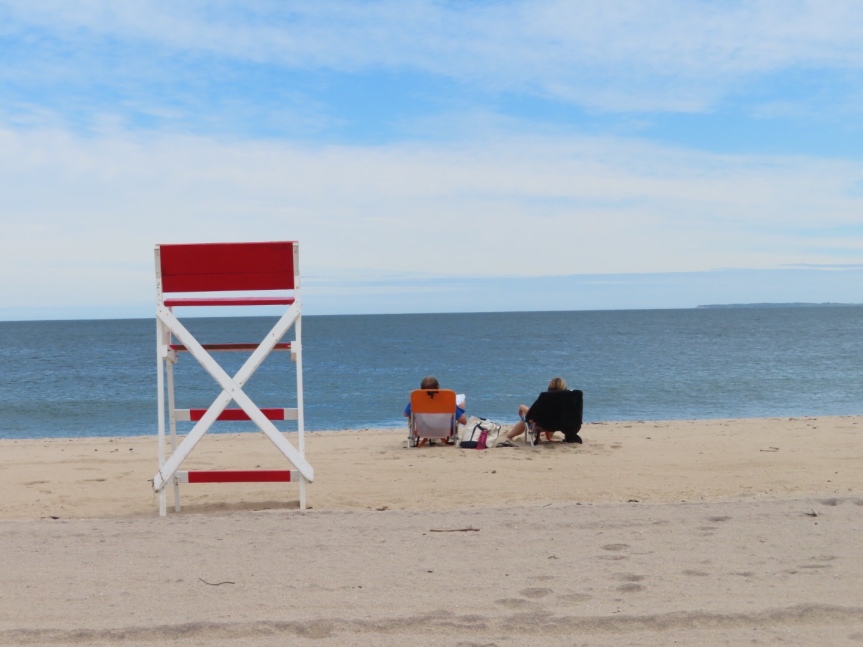 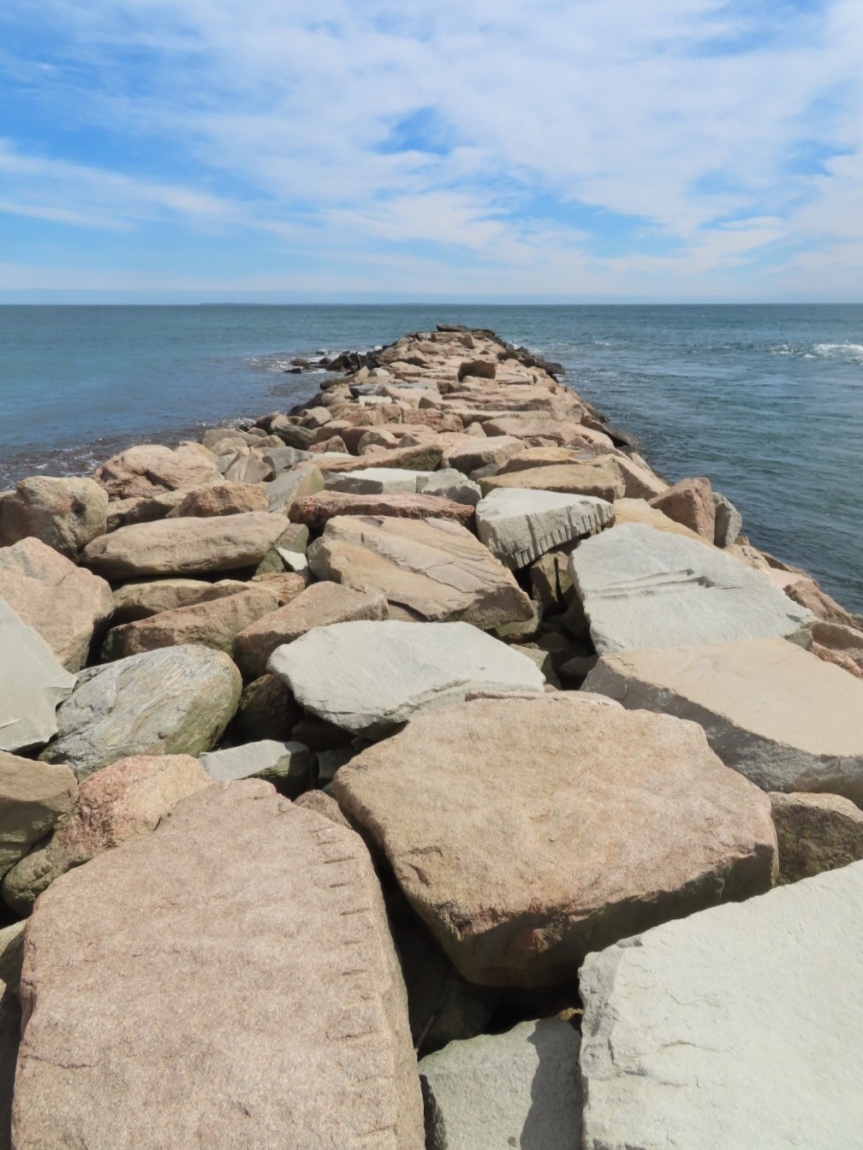 I returned to the RV and napped for a while then headed back out to claim a spot on the sand where a crew of young skim boarders were charging the high tide shorebreak then riding back in on the cracking little waves. Probably the most skilled skim boarders I’ve come across. A few families were building sand castles and a few seniors were hiding from the wind along the back fence. 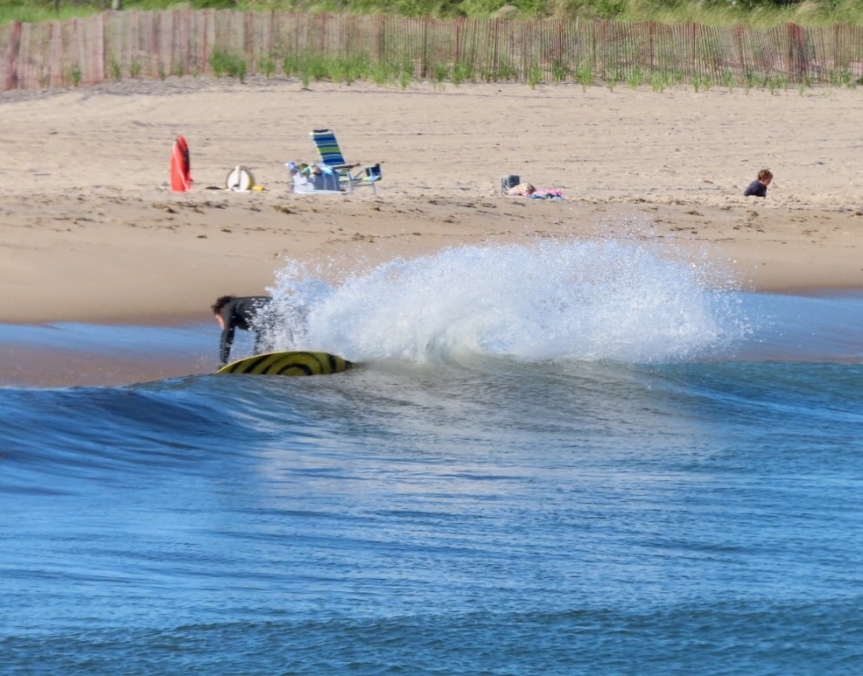 At sundown, I walked over to the small beach area on the breachway where a number of other campers had set out their chairs to watch the sunset. A beautiful end to a lackadaisical day. 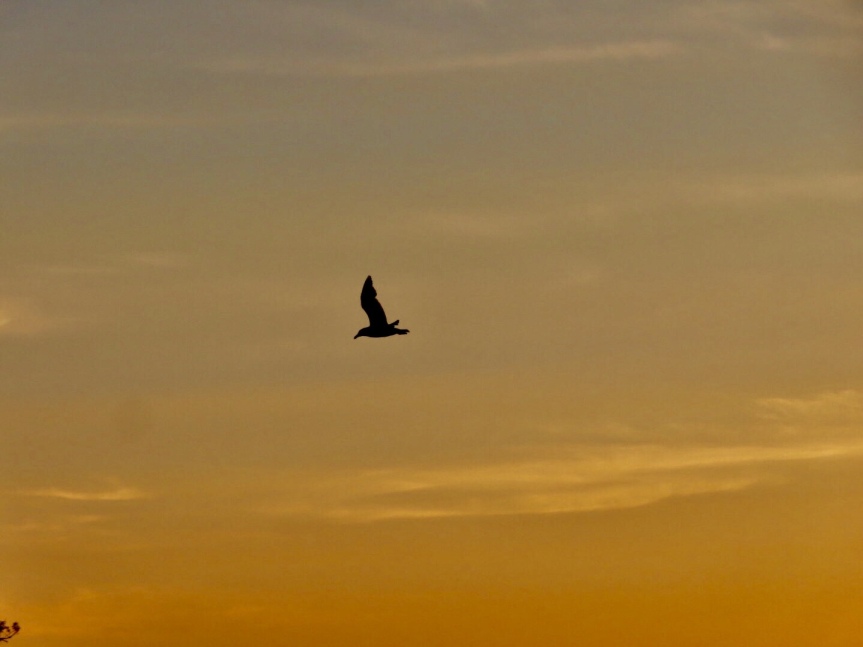