The skies were gray today, so everyone took their time slowly easing into the day. Lance and Jim headed into Fort Kent to take care of his leaky tire while we sipped coffee under the awning. The lake was overcast and uninviting with wind chop making small waves on the surface. There was a break in the weather around midday, so Lance, PJ, Jim and I fired up the quads and went for a run out through the north woods going south. We raced through the back trails finally emerging at the picnic area where PJ and I had stopped on our way in last week. We took a short break then gunned the engines splashing our way through rain filled potholes chasing Lance all the way home.

I put some air into the tires of the bikes in the shed. One had a tear in the tube, but Laura found a spare tube left behind by the previous owners so we switched that out and two bikes are now serviceable for riding around the lake. The rain began to really come down and we had about an hour of solid downpour. When it stopped, PJ and I went for a short paddle battling against the wind then turning and letting it blow us back. We did this a few times then, invigorated and refreshed, returned to the camper to dry off.

In the afternoon, we joined the gang around the kitchen table for a game night. Laura cooked up a flavorful south of the border taco soup and we all enjoyed a tasty meal and a round of Bananagrams. We got into it moving fast to out spell the next guy. Keep an eye on Jim though, some of those words were a little suspect. The laughter was great and dinner really hit the spot. After dinner, Rachel pulled up a charades app on her phone and the crew really got to laughing. You’d hold the phone to your forehead and everyone would shout out clues or pantomime until the person figured out the words. PJ and Kami couldn’t stop laughing. It was contagious and we all had a great night. 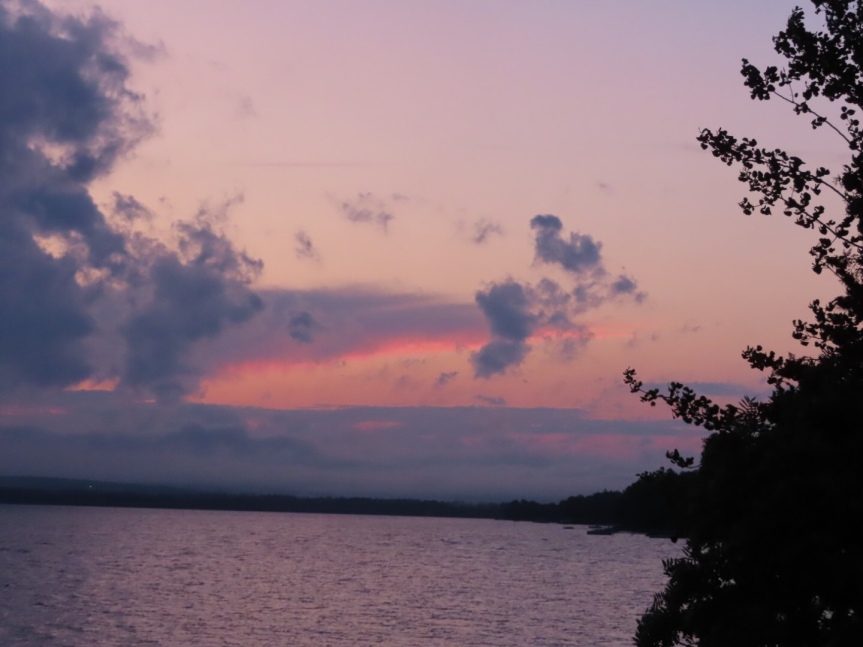 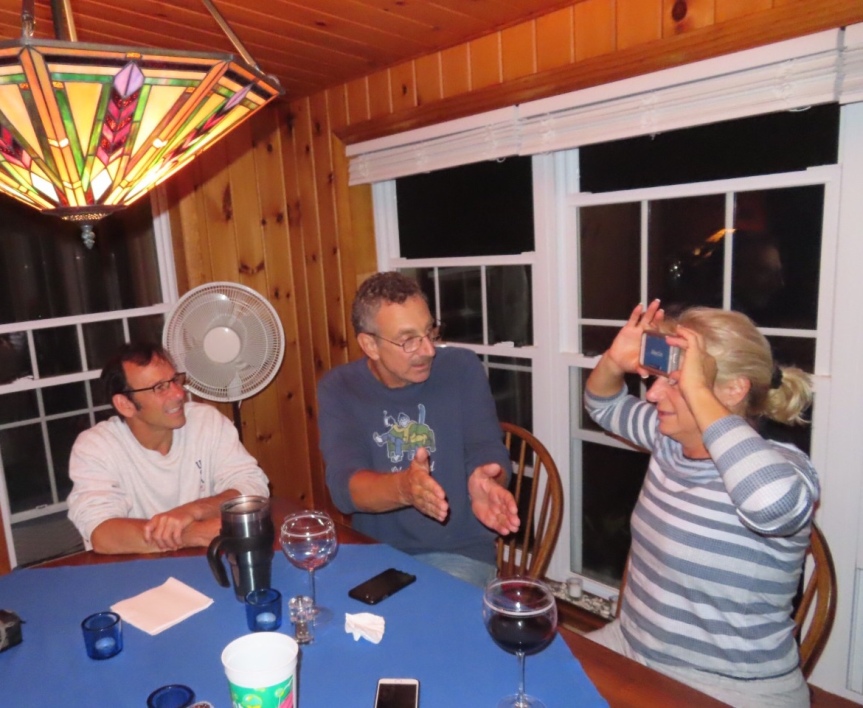