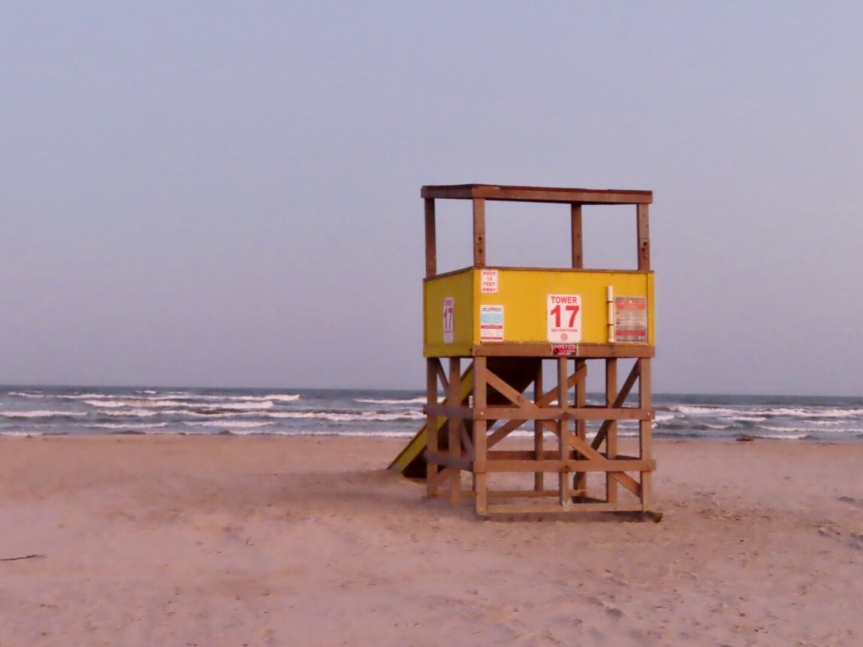 It was right around seven when I exited the driveway at Las Palmas and pointed north up Mexico 57. Long straight roads with pretty decent pavement. This is the major truck route ferrying Mexican goods to the U.S. border. Fortunately, most of the route was two lanes both ways so I was able to pass the lumbering beasts exhaling their sooty looking breath through tall chrome smokestacks. Just a long solitary day putting miles behind me. 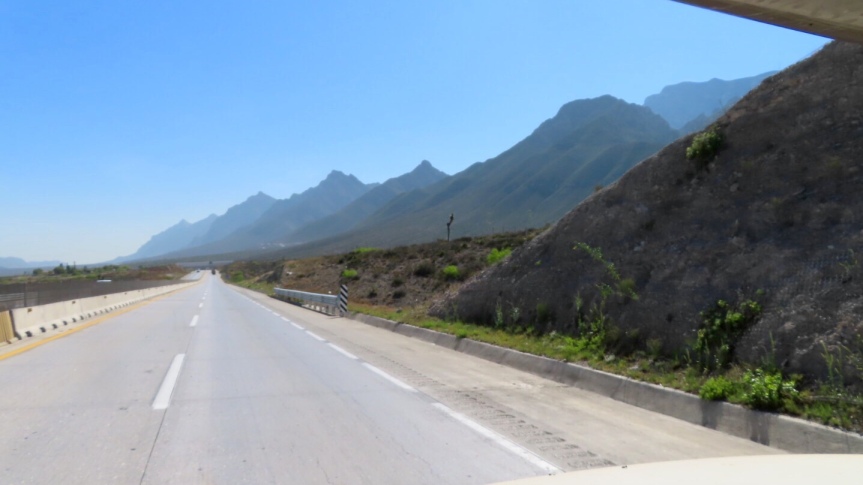 Monterrey was a notable milestone. Getting close to the Texas crossing. What an armpit this town is. If the college were teaching a chemistry class and the lab had had the chemical vapors wafting through the air of Monterrey, the students would be required to wear respirators. Traffic gummed up and the arrogant kid at the toll booth overcharged me, insisting that I pay the large bus fare instead of the two axle truck fare that they normally burn you for. There was no agreement and I needed to get on down the road. 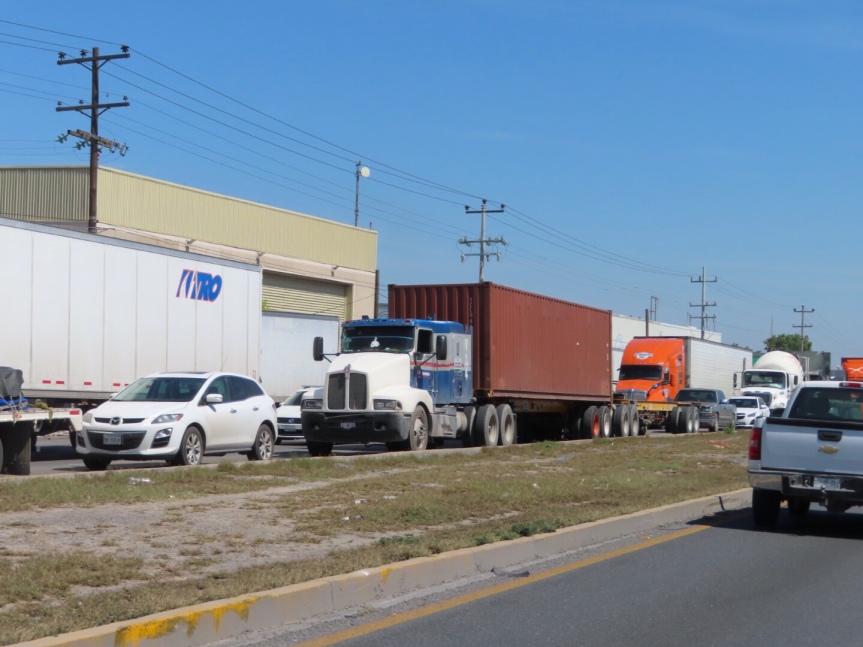 Soon, Nuevo Laredo loomed on the horizon. It was actually pretty smooth going. I put the CITEV office into the GPS and Google Maps took me right up to the kiosk. I got the RV permit cancelled then parked at the far left end of the lot and closed out my tourist permit. The only thing that they could improve is the right hand turn needed to return to the border crossing. There’s no way an RV can swing it, so I had to cross and turn around in the local neighborhood streets. 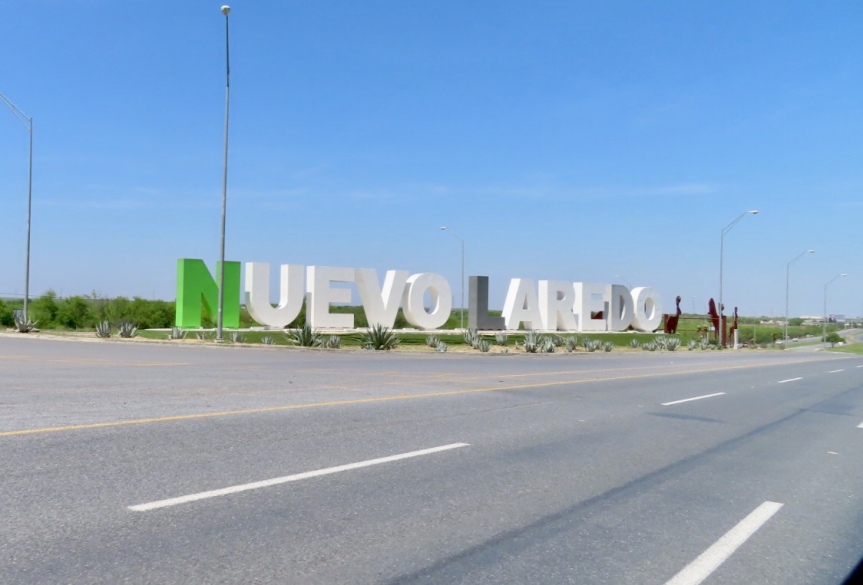 There was no wait at the U.S. crossing. When the guy asked me questions and figured that a) I’d been in Mexico for two months b) I’m from San Diego and c) I’m going to Rhode Island, he decided a trip to secondary might give some of the many border agents milling around the tables something to occupy their time. A pair of agents had me and Cali stand off to the side while they gave Wilson a brief revision. They soon sent us on our way and we were once again on U.S. soil. 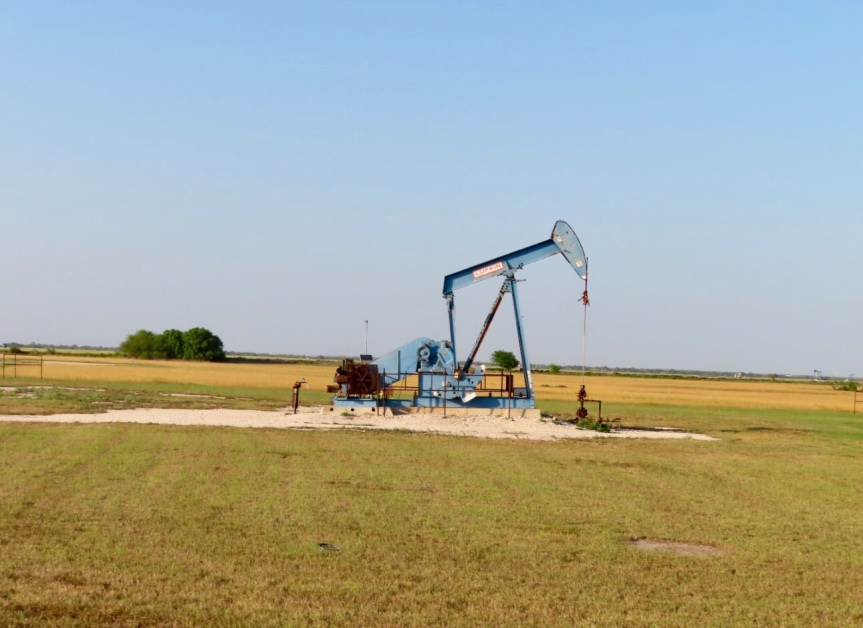 I had zeroed in on a state park just north of Laredo to lay my weary bones after eight hours of driving. When I got to the gate, everything was locked up and shut down. I googled for some other options. I’d already done time at Vaquero Village and I wasn’t going to back track to stay there. I set my sights on Port Aransas, probably my favorite beach in Texas. I figured if I came across something in between, I’d go ahead and make a stop. The only one I saw was more of a work camp for oil roughnecks. I drove along an evil farm road until I reached the bridge to take me across to Mustang Island. 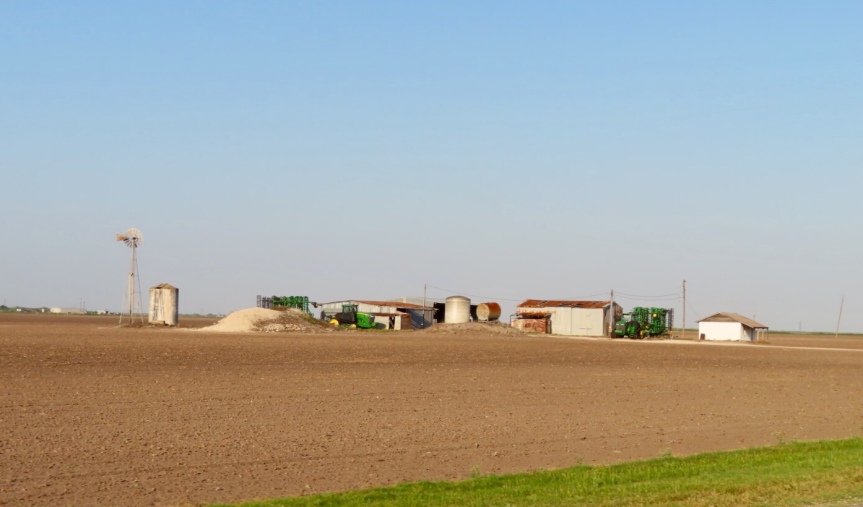 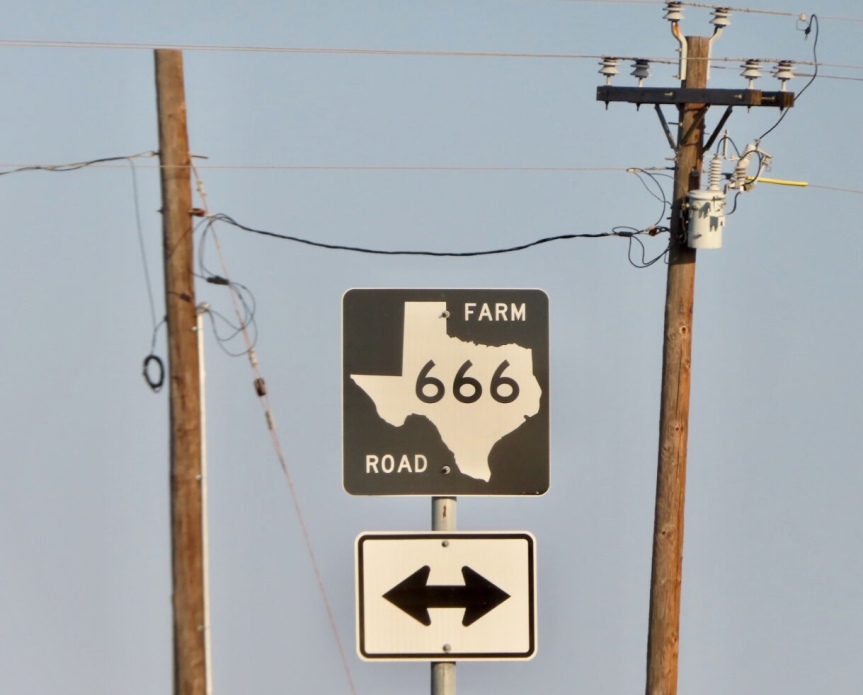 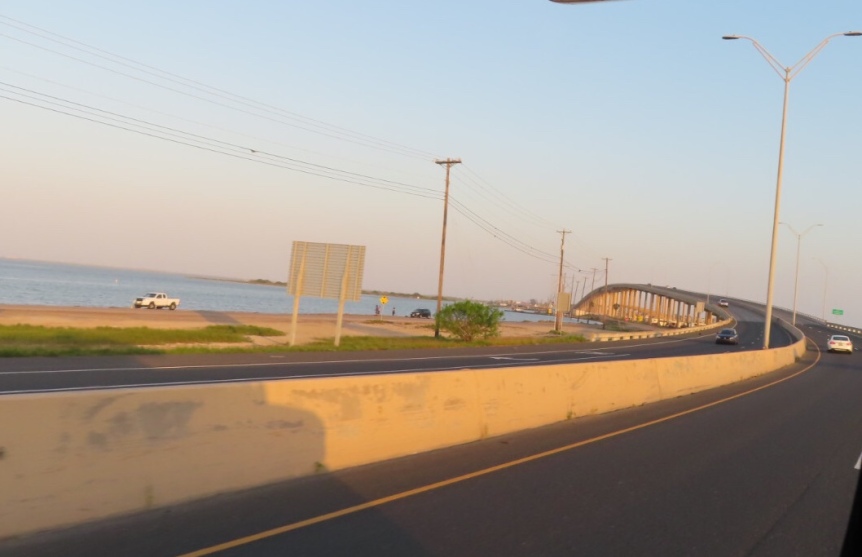 I felt surprisingly fresh, so I just kept plugging along. After twelve hours wandering the southwest, I slid into site B1 on the beach in Port Aransas. The weather is warm and a nice sea breeze keeps it comfortable. I walked along the shore and checked out the small surf. It’s bumpy from the wind but the water is a pleasant 70 degrees. I relaxed for the evening and watched some news since I have American TV for the first time in two months. 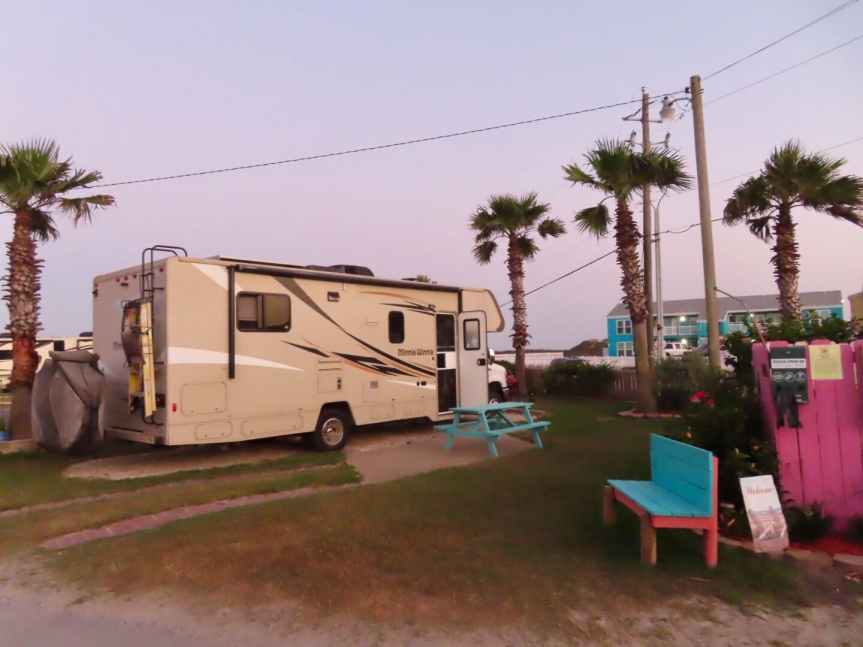 Two and a Half Months in Mexico 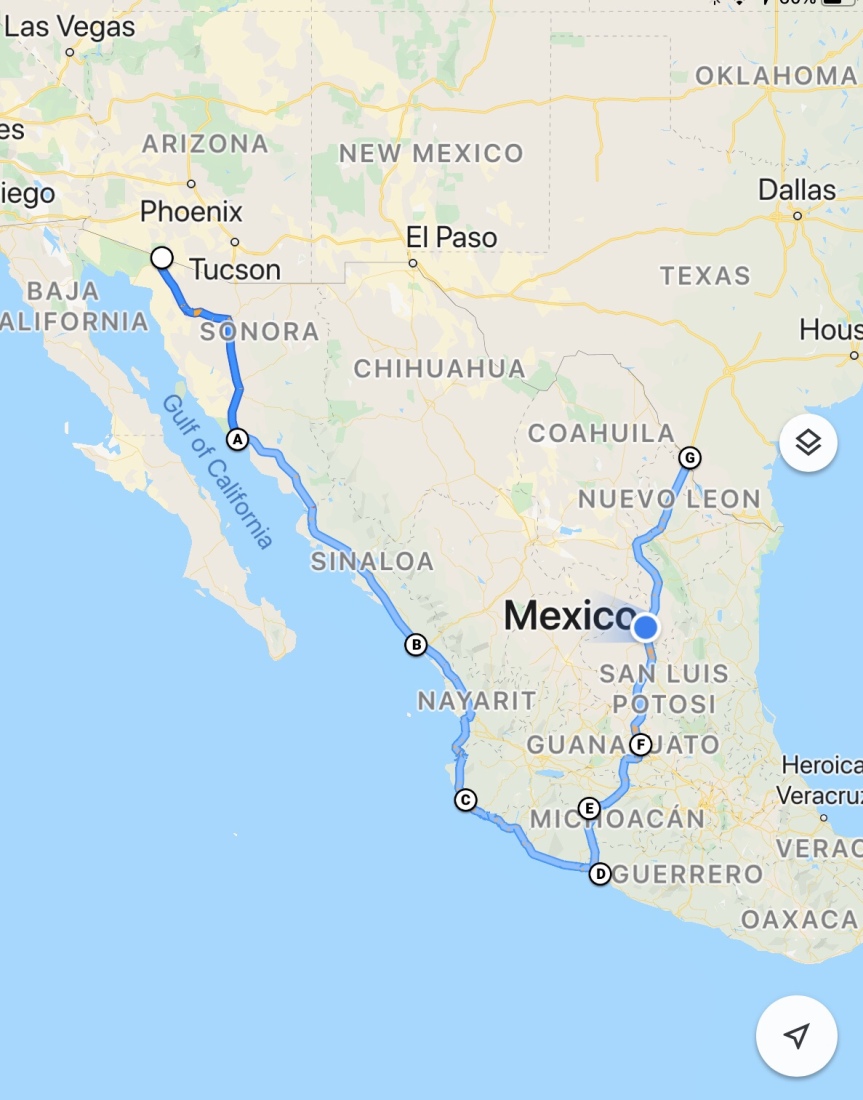