On our last walk down to Negra a few days earlier, PJ had collected a cache of puka shells along the wrack line by the reef in front of Rancho Playa Negra. Today, she wanted to go back and see if she could add to the pile and gather enough to use in some type of art project. We took the same route down the beach we followed last time. Near the overlook at the headland of Playa Blanca, we spotted a tiny snake wiggling his way across the path. As diminutive as an earthworm, I didn’t know snakes this size were out and cruising. A few paces further, a tarantula wasp was dragging a paralyzed spider to pull down her hole and deposit her eggs in. A fate I’d rather not contemplate. 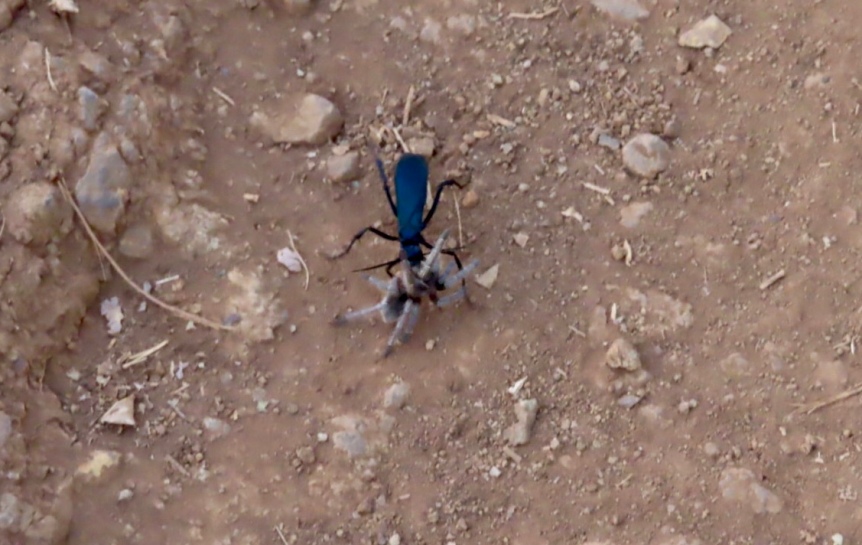 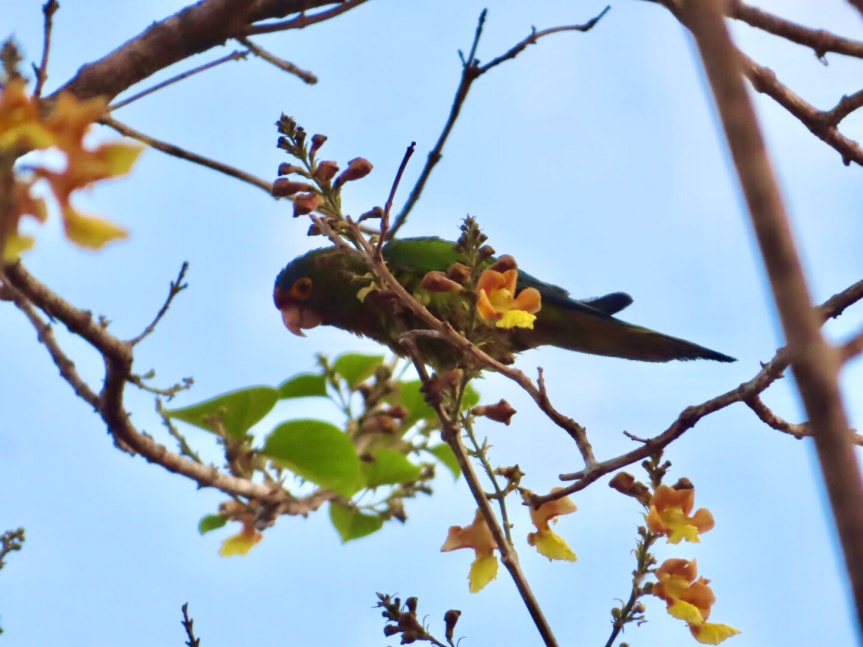 Our spotted canine companion sniffed us out and accompanied us along the walk again. She had a tick swelling itself up on her eyelid so PJ held her head while I picked it off. She was good about putting up with the operation and we were all happy to have it gone. Another beautiful, sunny, dry season day was in the making as we wended our way down to Playa Negra. Being the weekend, there were clusters of campers in among the trees by Callejones. Loud music was already floating in the air as certain visitors appeared eager to share their exquisite taste in Latin sounds. 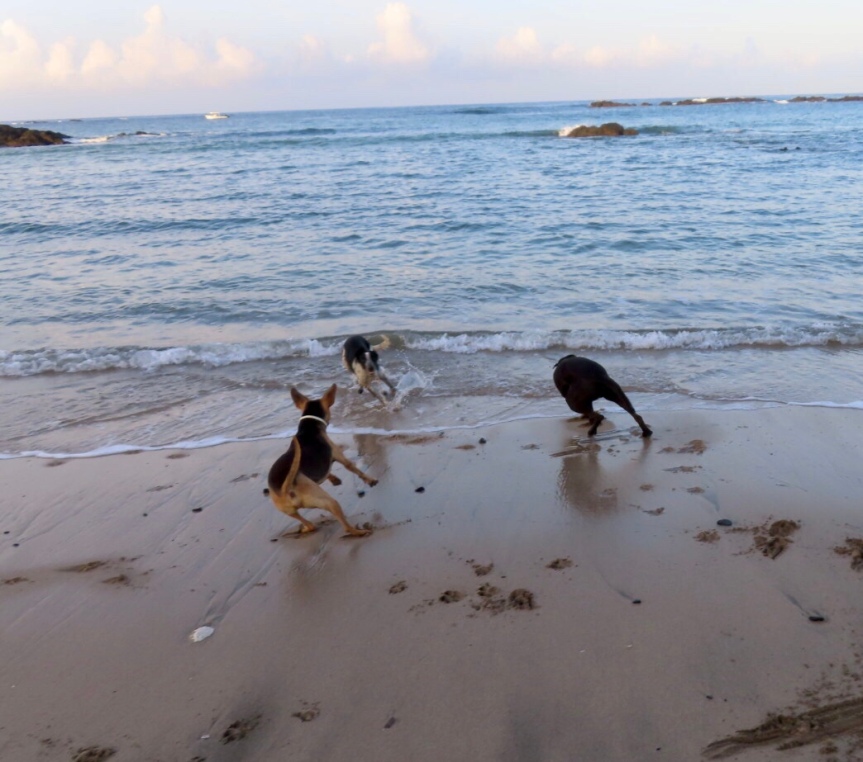 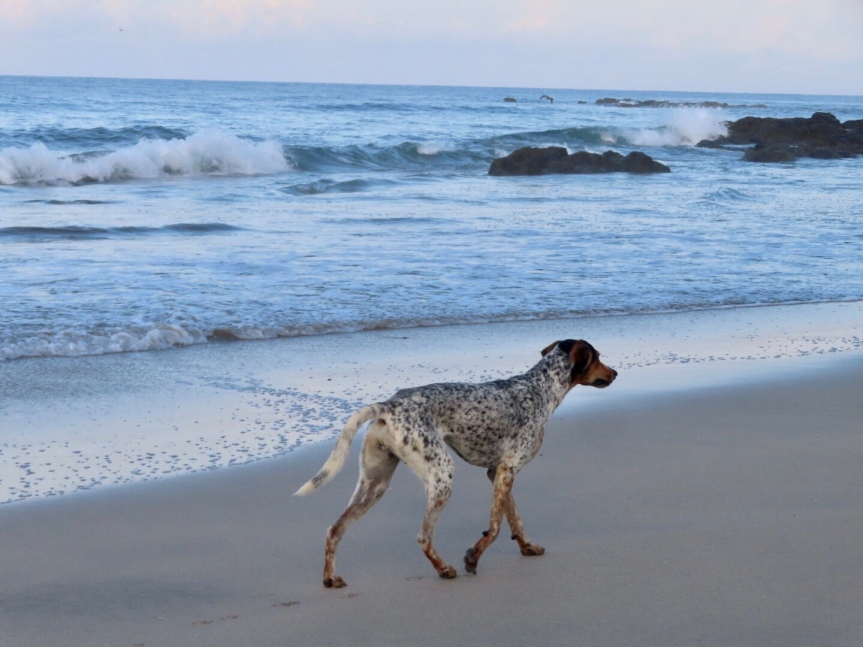 The waves at Negra had picked up a few feet from Friday. PJ continued down the beach to search for her shells while I took up a spot facing the break and attempted to catch some of the surf action on film. The shell selection was lacking compared to the last foray, so we walked back up the trail next to the hotel and rambled down the graded road back towards home. 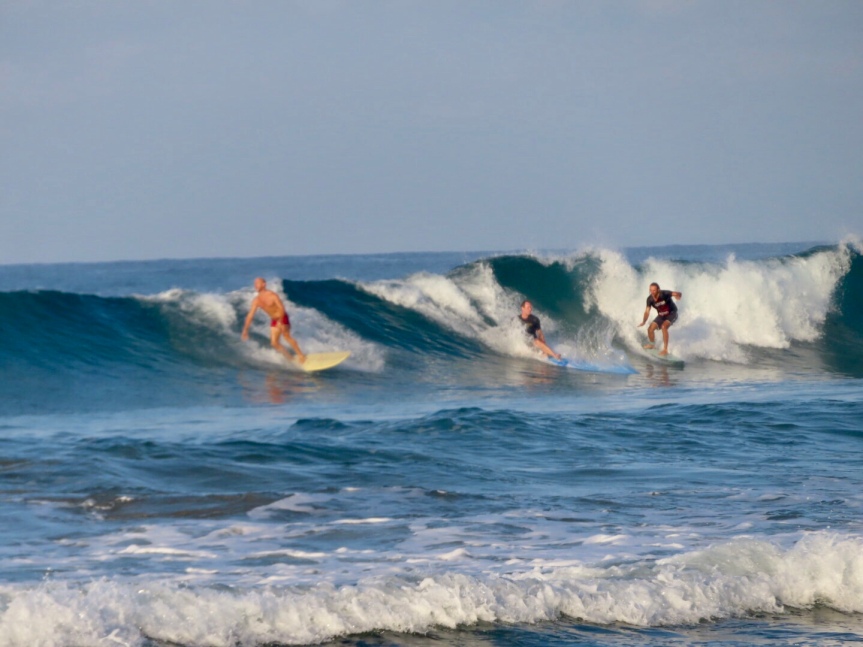 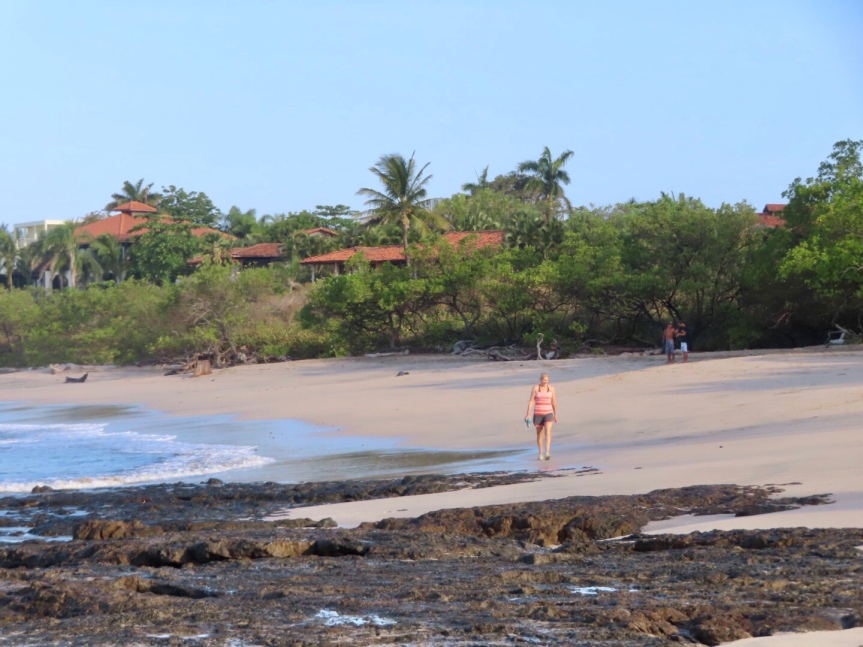 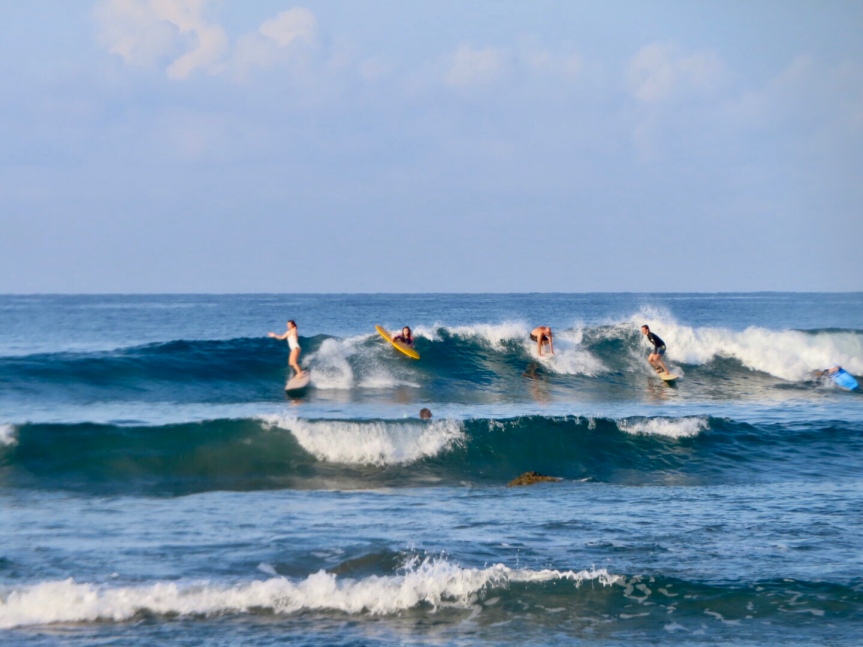 We were only a few hundred meters down the path when we came upon our daily encounter with howler monkeys. There was a troop in the trees near the cross road. Lots of babies, some hanging onto their mothers and others testing their agility jumping from limb to limb. We watched a while before continuing on to the house not wanting to be late for PJ’s Valentines Day massage.

We cleaned up and I headed off to the local AA meeting while PJ waited for Francis to show up and give her a relaxing treatment. There was a good size group of expats and visitors at the outside venue and it was good to be among friends. I looked for flowers on the drive home but there were none to be seen. PJ had been craving olives so I bought a jar and picked a bouquet of tropical flora from the trees around the yard. Happy Valentine’s Day to all you lovers out there.

We spent the afternoon splashing in the pool and lounging around the casa. It was a mellow day and we enjoyed the romantic vibe. We carried our chairs down to the beach for the sunset and sat in the sand near the locals barbecuing chicken on smoky campfires among the trees. Children were happily playing, music was audible in waves depending on the varying changes in the wind and the usual group of sunset seekers were gathered at the overlook on the northern point. 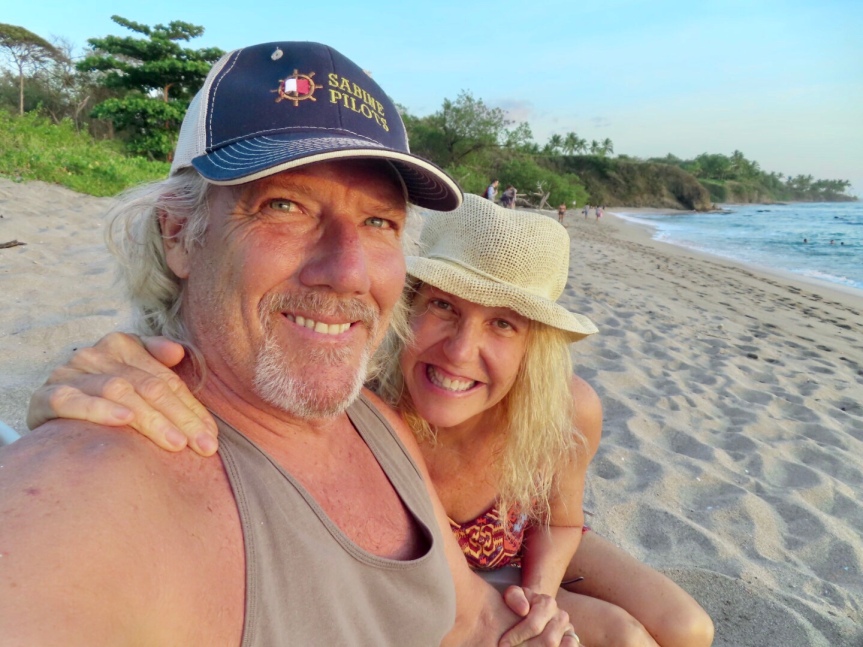 The sunset didn’t disappoint. We lounged in our chairs until way after the sun went down then shook the sand from our feet and hiked up the walk to the house. We had a zoom fiesta on the computer with all of the family back in California. It was a treat to see everyone and know that they are all doing well. I grilled some fish, made some gallo pinto and served it up with a salad for our Valentine’s dinner. Much love to all 💕 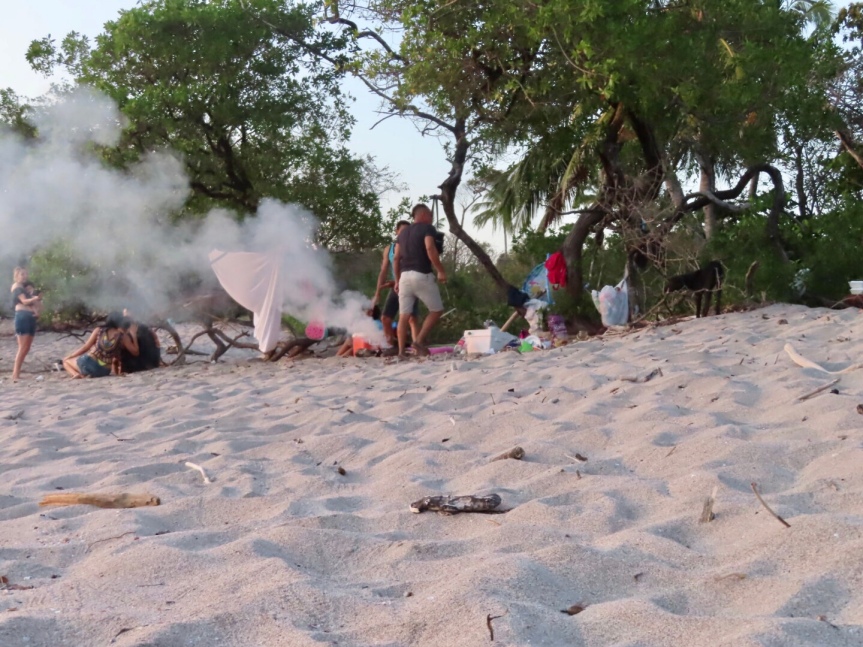