There’s a buzz of activity going on at Los Arroyos this morning. The guys on the end were wheeling out their baggage and heading for the shuttle. Jim and Carolyn, the Canadians next door, are packing their bags and heading out at 4:00 am tomorrow morning. The ultralight pilots in the RV, Julian and Hildy were tending to their gear making sure it is all ready to go and safe for flying.

I did some reading in the hammock while figuring out what I’m going to do tonight. I’m not feeling overly social so I’m thinking I won’t be joining the big shindig here at Los Arroyos. It’s a sixty dollar cover charge and the theme is silver. I wore my one pair of semi decent travel pants Christmas Eve and I’m lacking the sophisticated wardrobe this party is calling for. I was lazing around considering just staying at home, but I knew I’d feel better if I got out and did something. 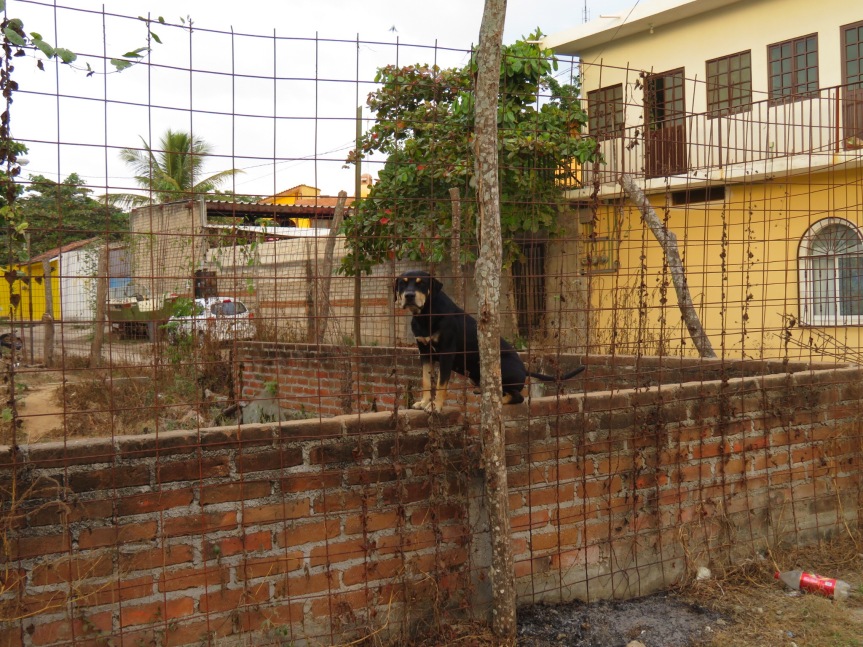 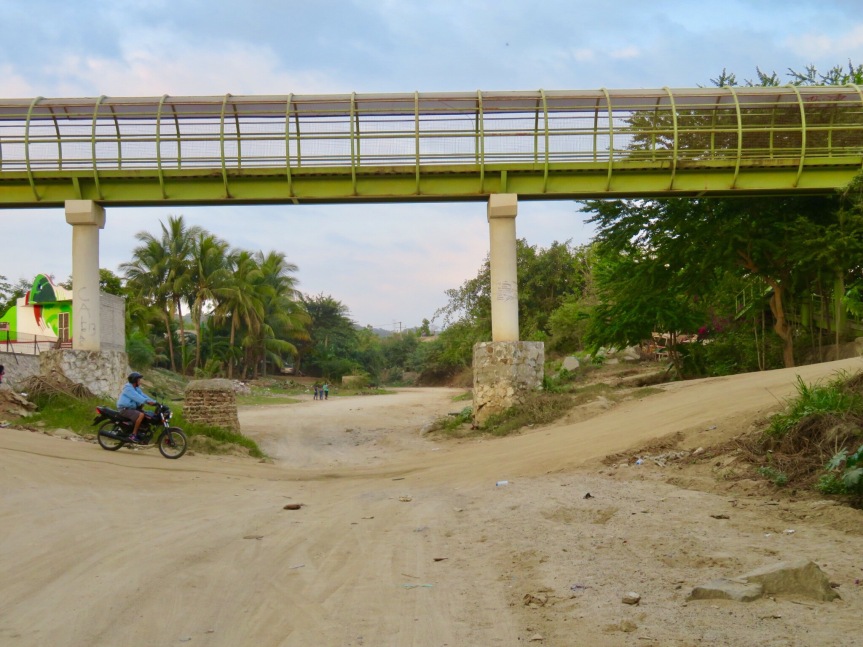 Forty minutes later I arrived at the underpass that goes below the highway. There was a barbecue chicken joint on the right, so I decided to use the time until the meeting grabbing a bite to eat. Food was so so and the sanitation was questionable. My sister, the health inspector would definitely give them a D- rating.

I still had 25 minutes to burn, so I walked down to the malecon to watch the sun go down. Another amazing sunset. As I was standing there, my right ear closed down. It’s been happening since I swam last week, but I can usually wiggle and poke at it and get it to open back up. Not this time. I’m effectively deaf in the right ear again. Super frustrating. I went to the meeting, but things are off balance not being able to hear. 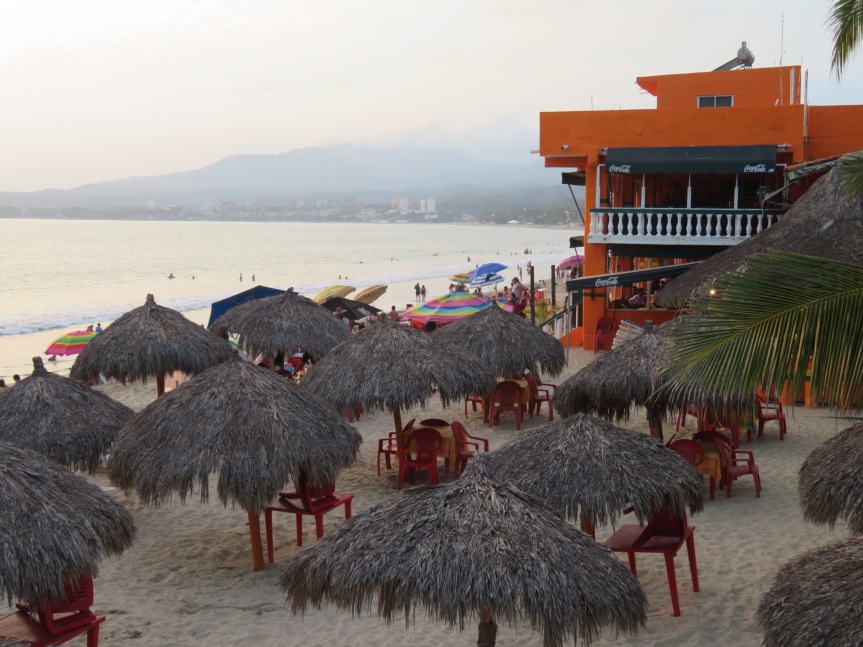 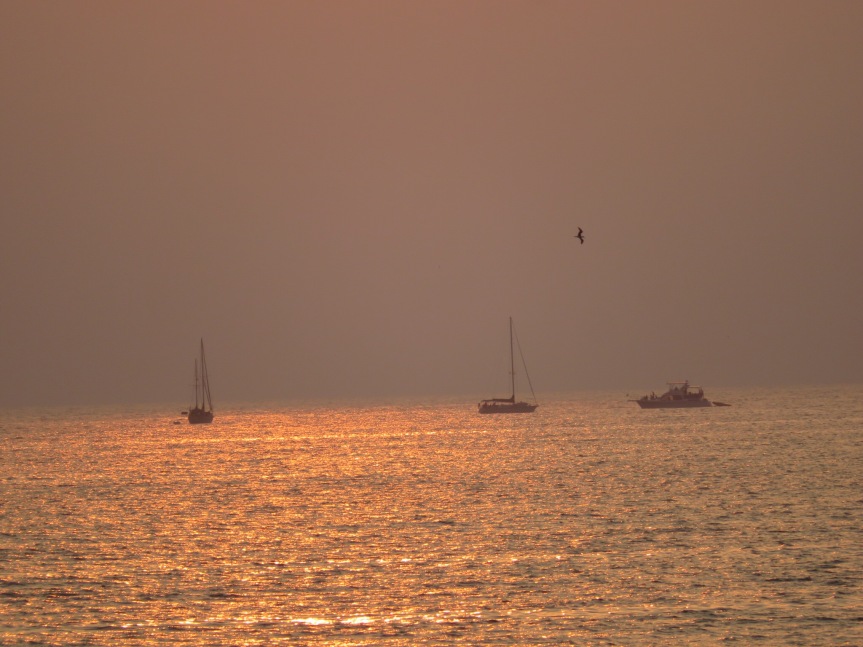 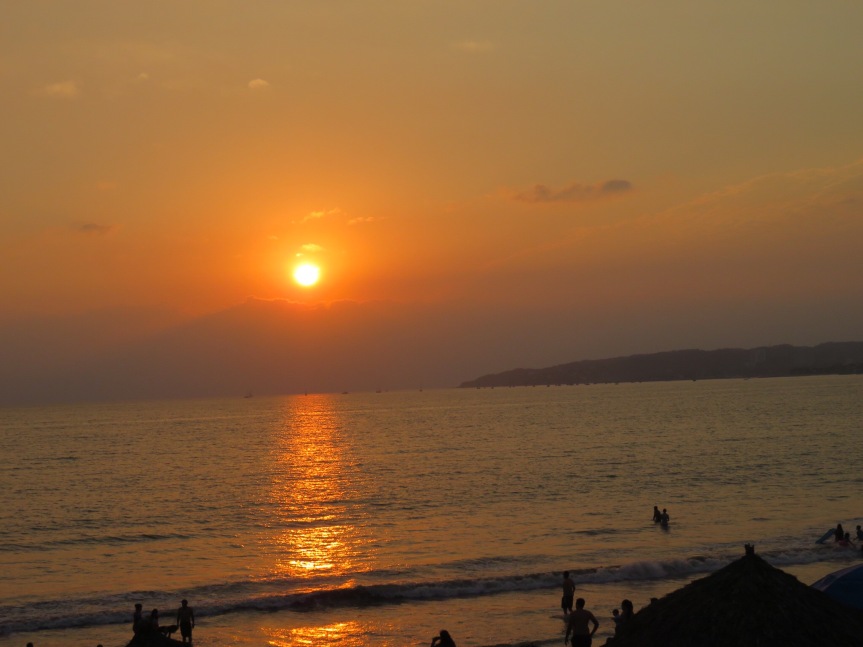 It was a step meeting, read a few paragraphs and share on your part. Humility was the over riding theme. The ear cleared up a bit by the time we finished up. I still had to poke at it regularly to keep it open but it was functional. Some of the folks from the meeting were going out to Taco Junior for some tacos afterwards, so I tagged along and it was enjoyable conversation. I’d already eaten part of a chicken dinner, so I just munched on two small tacos while everyone had larger taco plates. Good food at a good price. Definitely placing it on my list of dining locations.

Caught a taxi home and called PJ for a New Years Eve call. Great talking about things to come. 2017 is looking to be a year of amazing adventure and personal growth for the two of us. Moving into it with a ton of gratitude. I took the dogs for a walk around the grounds. Peeked at the party by the pool. Lots of elegant looking people, some with actual ties and suits. Music sounded good. Oldies dance tunes. Some fireworks exploded in the back neighborhood and the walk sucked from there on out. Cali just panicking and pulling the whole way back. Got her back inside and she seemed to calm a bit. Gave them each a doggie xanax at eleven. Hope they make it through the midnight celebrations.
My friend Bryce suggested that I try using a blow dryer on the plugged ear to see if it might clear it up, so I gave it a shot. Seemed to work for a while but then reverted to closing up. It’s not easy being me. Downloaded some photos and awaiting the explosive welcoming of 2017.
HAPPY NEW YEAR! and lots of love to all of our friends and family.