After a quick stop at CVS for some needed toiletries, I made my way over to Dr. Bell’s dental office in Carlsbad. It’s a father & son operation, a pair of local surfers who also happen to be awesome dentists. I’ve been going to them for years and it’s always a relaxed atmosphere for a decidedly unrelaxing aspect of health maintenance. I got set up in the chair and the technician took some x-rays to try to ascertain what’s causing the pain in the lower right molar. Geoff, the elder Dr. Bell, detected a crack in an older large filling in the tooth and we set up an appointment to put a crown in its place.

The technology of dentistry continues to evolve year after year. I remember a few years back when x-rays went digital and produced instant images and thinking how cool that was. Now they have a CAD cam system that takes a scan of the tooth that it then uses to mill a crown from the 3D image cutting it from a block of dental material. After catching up a bit on our travels, I slid out of there and went down the block to Pollos Maria for one of their famous chicken burritos. 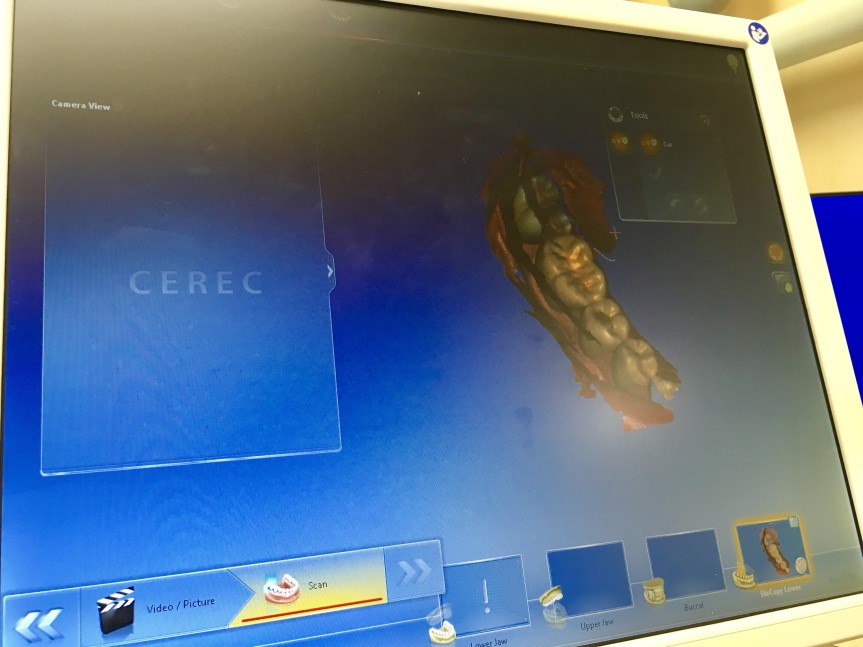 After eating I still had a few minutes to kill before my check up at Scripps Coastal clinic so I did a quick drive by of our house in Carlsbad to see if it is still standing. The place looked good. Some of the shrubs in front have been trimmed a little, maybe to let in more light. Everything looked green and there were a few new plants that the tenants were arranging near the front porch. Memories came bubbling up and it was a slightly odd feeling just passing by and resisting the ingrained reflex to pull into the driveway as I rounded the corner. Nice to see that things appear okay. 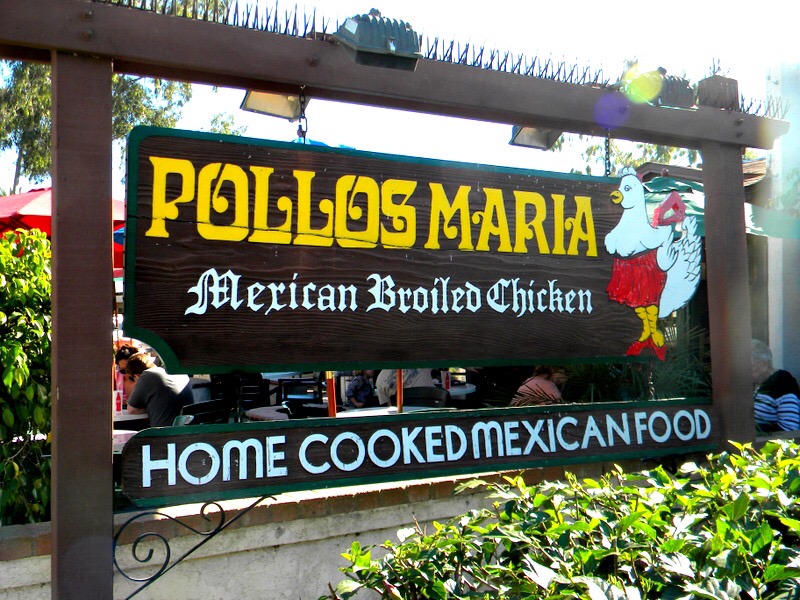 Headed over to the medical center and got a looking over. Dr. Hyunh ordered up a series of labs that I’ll come back for tomorrow when I’ve been fasting. He did a brief exam and refilled a prescription then I was out of there. Next stop Costco, where I renewed our cards and bought a small blue ray DVD player to take back to Los Arroyos with me. We decided to go ahead and renew since there seems to be a Costco in every major city in Mexico.

From Costco, I headed across the I-5 to the beach and walked along the bluff for a little fresh air. The sun had made an appearance and was shimmering on the wind kissed surface of the waves left over from the storm. There were still patches of black clouds hovering out to sea with fingers of rain lowering onto the ocean. The rubber on the nosepiece of a pair of Spy sunglasses I had bought at their store had deteriorated so I was going to bring them in to see if they could switch them out. When I pulled up to the outlet, it was shuttered up and no longer in business. Consoled myself by picking up a couple of winning lottery tickets at Berry Brothers before turning the car back towards Oceanside. 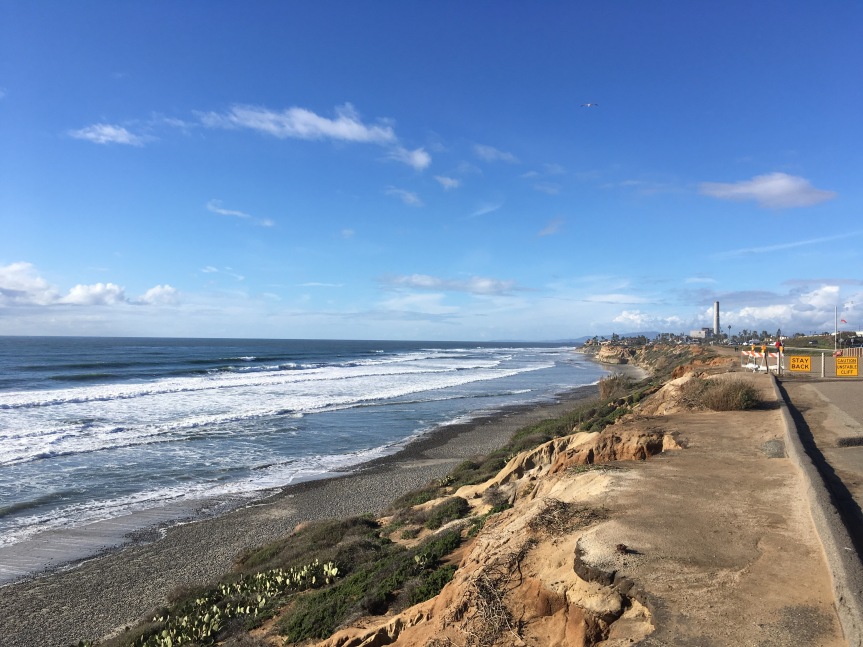 Back in November when we made our health insurance selections for the year, I had continued a supplemental Aflac plan that cost a few dollars a month to maintain. I had forgotten to pay the premium so I dropped into the college to bring that up to date and pick up my W-2 forms. Just like driving by the house, revisiting the scene of my former working life brought up emotions and memories from the days when I roamed the campus. I saw a number of colleagues on the job and enjoyed walking around in the cool afternoon air. 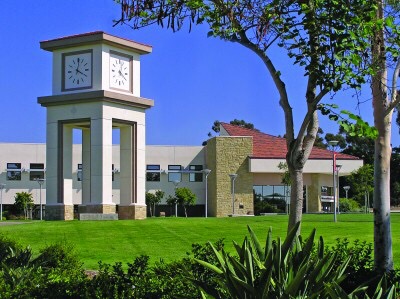 Evening was settling in as I left the parking lot. I drove the back roads back to my dad’s and did some paperwork preparing for the accountant. I got my surgery date set up for next Weds. and a time for the follow up visit a week after that. Hung out with the family then did a long FaceTime with PJ then typed up a post.
Meanwhile, back in Bucerias…….

PJ walked into the plaza in Bucerias for the festival of the fishermen. This was the big day of the week long celebrations where the fishing boats come in a procession across the bay and land on the beach where the Padre from the church blesses their pangas. There was parades, dancing and carnival rides with large crowds filling the plaza. PJ impressed me with her spirit of independence cruising through the crowds solo and jumping into the fray.

I received a series of texts and photos as the festivities went on. She followed the crowd into the cathedral and prayed while they did their service in Spanish. Her blossoming Spanish got a workout as she wandered around some more before catching a cab back to the apartment. Miss exploring together. Looked like a lot of fun, wishing I was there. 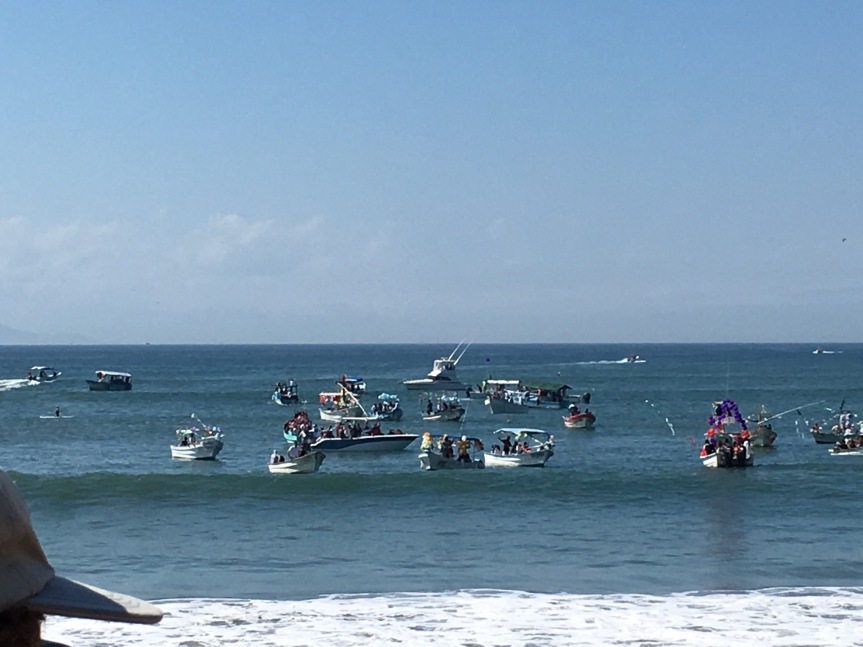