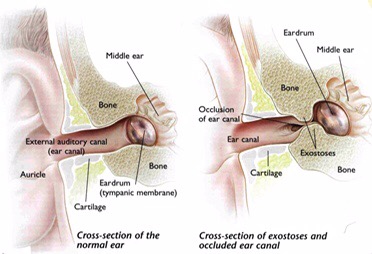 The alarm sounded early and I immediately snapped awake. I showered up and waited for Chuck, who picked me up right around eight o’clock. 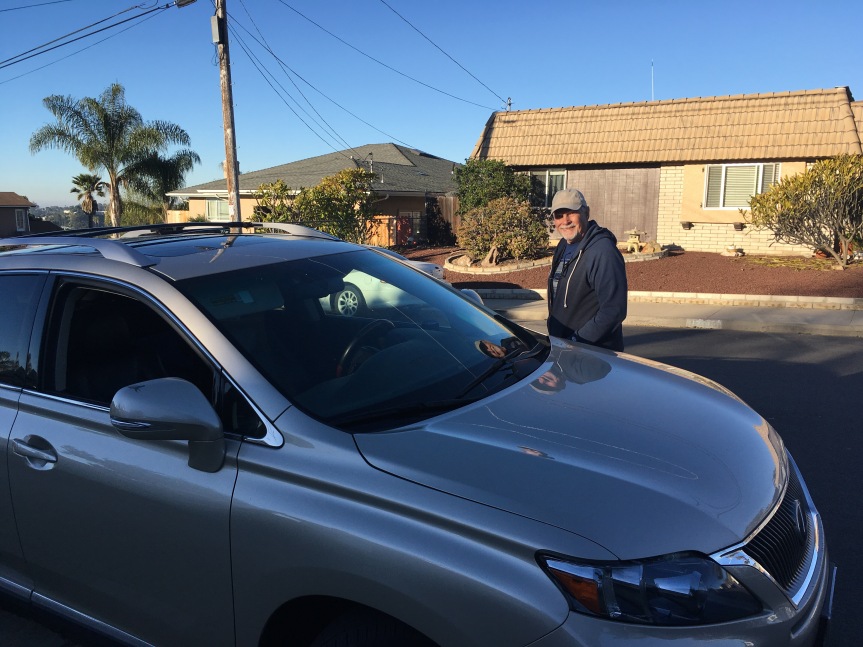 There were pockets of heavy traffic going through Escondido and we arrived in Poway a few minutes late. I was a little nervous and somewhat unimpressed by the little office building turned surgery center that the doctor had arranged. Rather than a designated changing area for patients, you were forced to monopolize the main bathroom to suit up in your booties, cap and gown. Hmmm. You’re working on my ear, why dress me up in an open backed gown?

Finally got set up and walked me over to the surgery room and placed me on a narrow little table that wasn’t wide enough to even keep my arms on. They started strapping me up in a sheet like a straight jacket and I told them it probably would be better to knock me out before getting me totally hog tied. The older woman who was acting as my anesthesiologist said I already gave you something to calm you down and even as the words were leaving her mouth, the world slowed down and I faded into nothingness.

I woke up slowly going in and out in another room with a nurse hovering over me. She wasn’t overly friendly and didn’t even know what surgery I had done so was unable to answer any questions. The doctor was already onto the next operation and there were none of the nurses or attendants visible that helped me check in. It was obvious she wanted me up and out. She called Chuck in and scolded him for taking my picture. When I was woozy standing up, she tossed me a wheel chair and rolled me out to Chuck’s waiting SUV where they poured me inside. 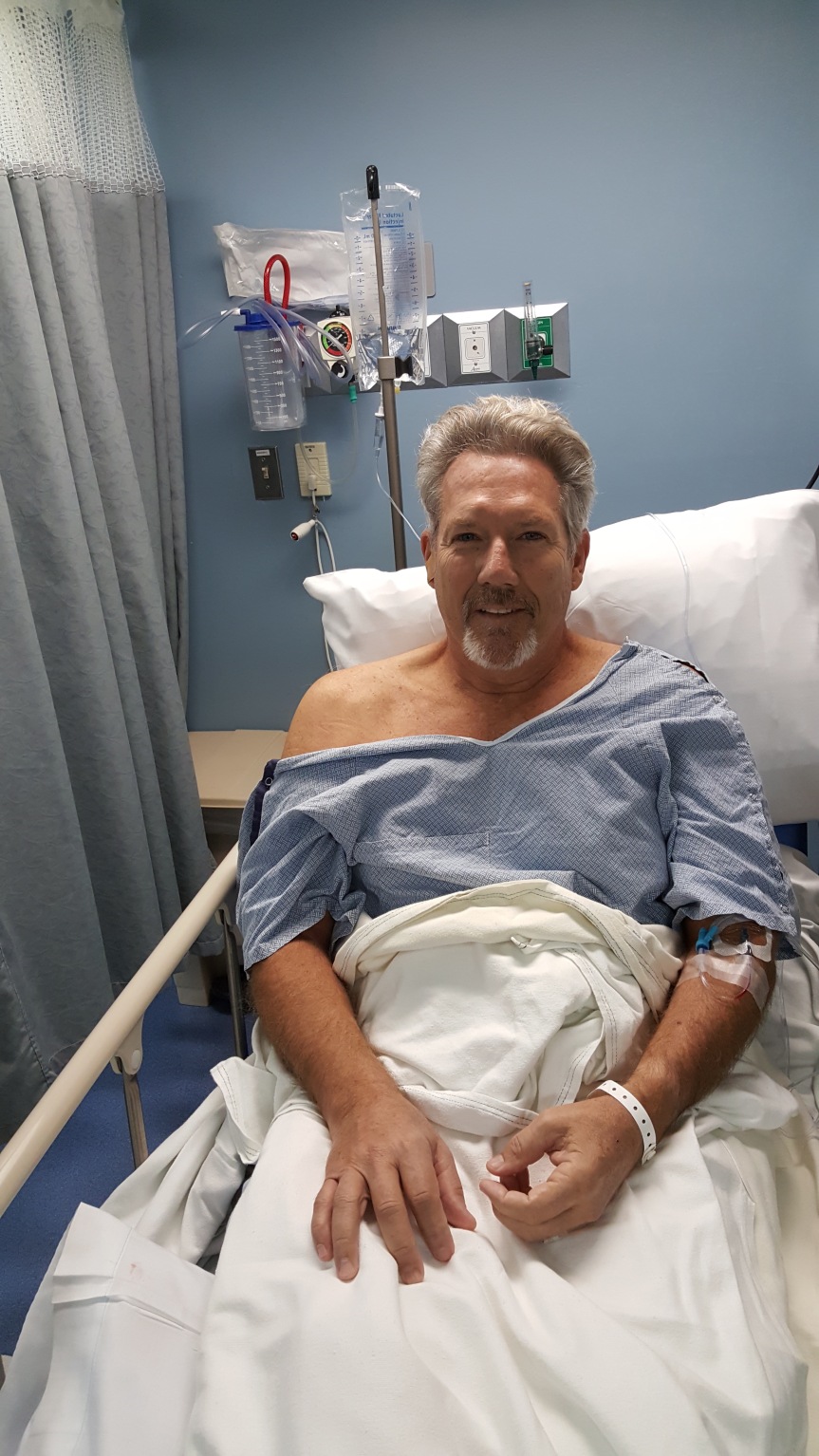 Sorry PJ, no babbling about unicorns or calling people angels like on the Ridiculousness videos. Just heavy eyelids and difficulty swallowing.
Chuck was cool enough to stop at CVS and we went in and picked up my painkillers and antibiotics along with band-aids, cotton and shower caps. He dropped me at the house and went back to his daily business. We left at 8:00 and got home around 1:00. Thanks a million Chuck for being there when I needed it.
Slept hard for a few hours then mostly hung around watching t.v. in a zombie like state.