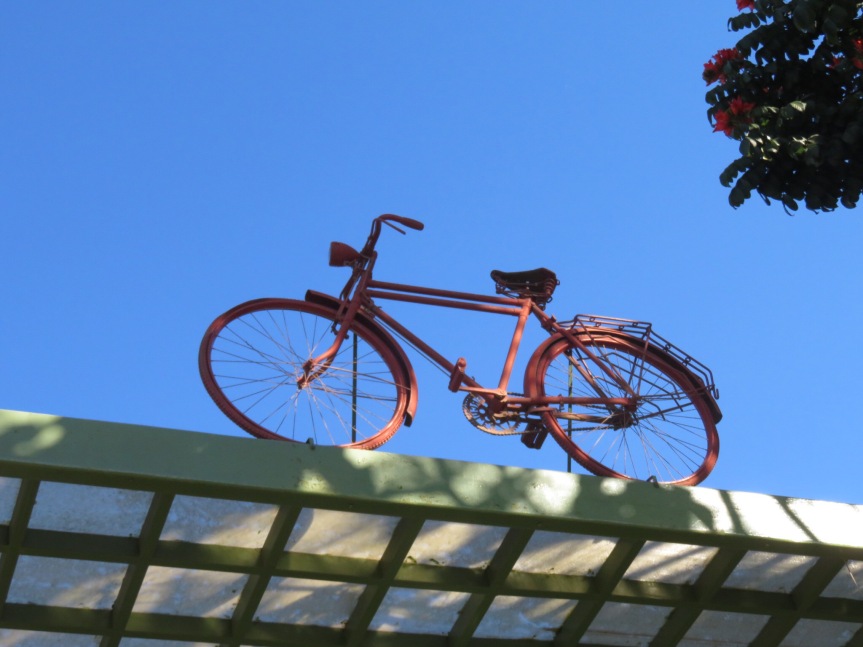 Early rising day for Spanish class over near the bar-b-que. We had a lot of fun doing little exercises for learning body parts and telling time. When we stopped in the office to pay up our expense account, we found out that we were a day off on our calculations and didn’t have to move out until tomorrow. Nice. Traded in my Jack Reacher book for another one at the book exchange and joined PJ in the restaurant for a soda while she ate a bite of lunch. 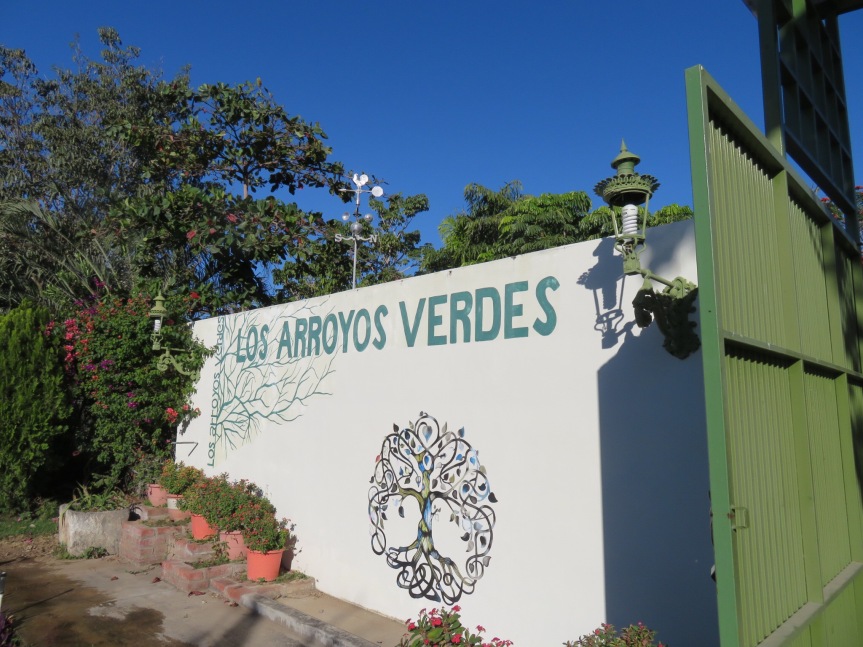 I took off on the one o’clock shuttle with Joaquin and went down to the big Mega grocery store and picked up a few items for this afternoon’s Los Arroyos bar-b-que. I grabbed some cucumber salad and a cake to contribute. Also a New York steak for cooking on the grill. Hopped in a waiting taxi out front. The smallest Chevrolet I’ve ever seen. More like a smart car. The tiny little wheels forwarded every minor bit of bumpy road directly into the seats. Especially shaky on the cobblestone stretch on the shortcut to Calle Estaciones.

PJ wasn’t around when I got back, so I sat around on the porch eating a bolillo as I waited. Finally found her over by the pool and she let me in. We both needed a nap, so we lounged awhile and I read my book then snoozed a bit. No sooner was I dozing off than my nemesis ‘the yard guy’ appeared right outside the window firing up his unmuffled weed whacker and going to town on the lawn.

At six, we headed over and joined the little party at the bar-b-ques. Lots of tasty side dishes and I squeezed my steak onto an open space on the grill and set about cooking it up. We sat amongst the mostly Canadian crowd and talked to everyone. A pretty good mix of people. Some young families with kids, quite a few of us baby boomers and three people over 90 years old! I hope I’m still roaming about like a gypsy when I’m a nonagenarian. Ate way too much and got to know a lot of the neighbors better than before. Took our leave, rounded up the pups and strolled around the campus to walk off some of our dinner. 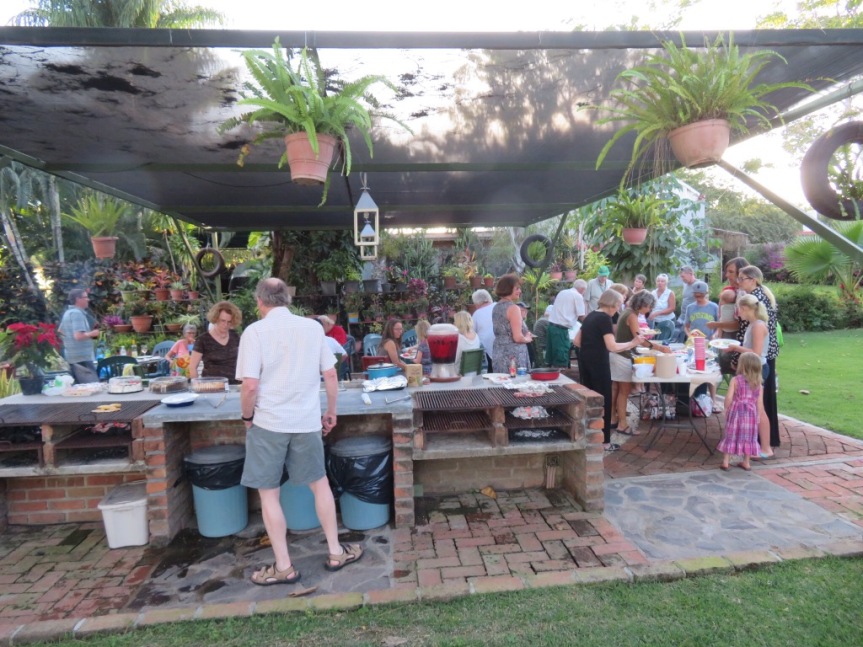 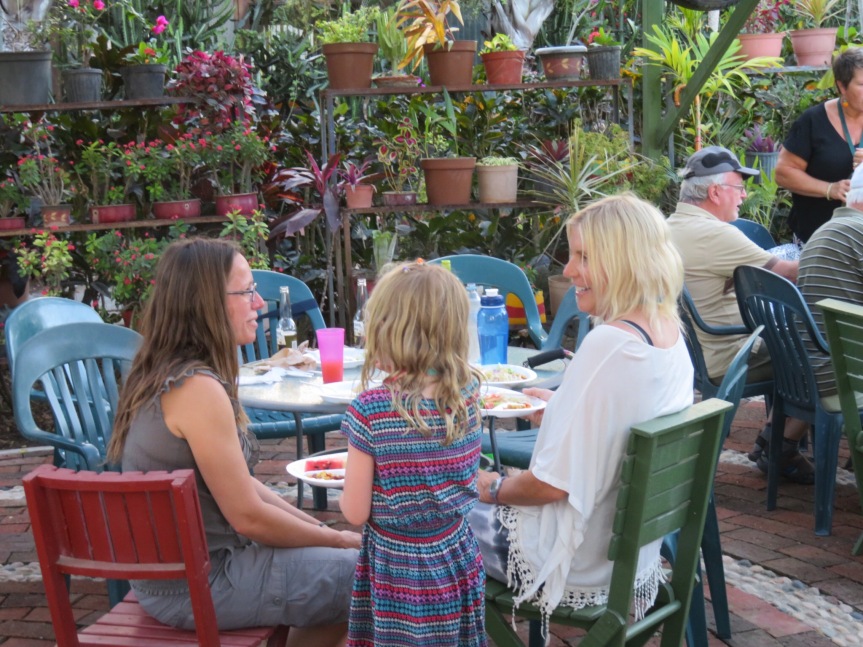 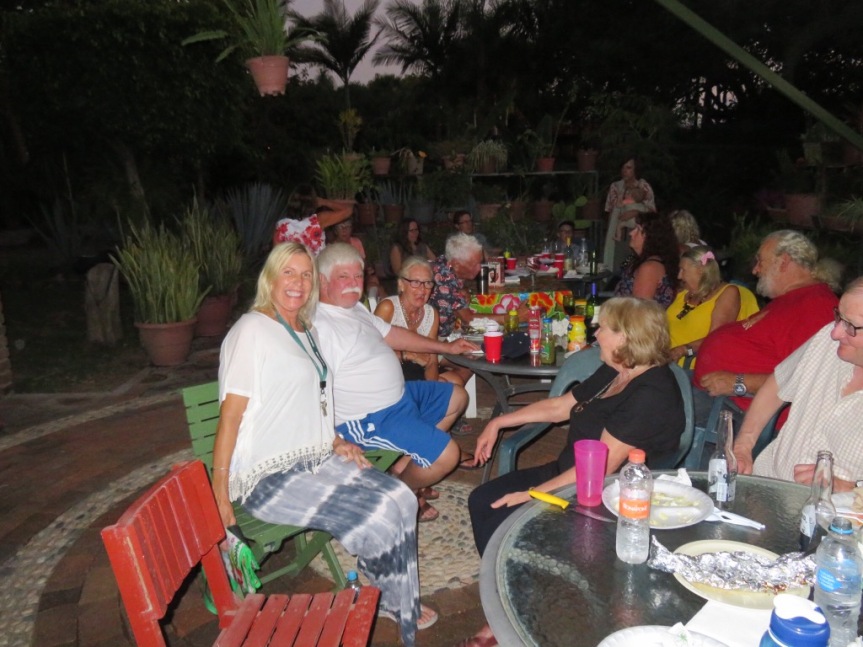