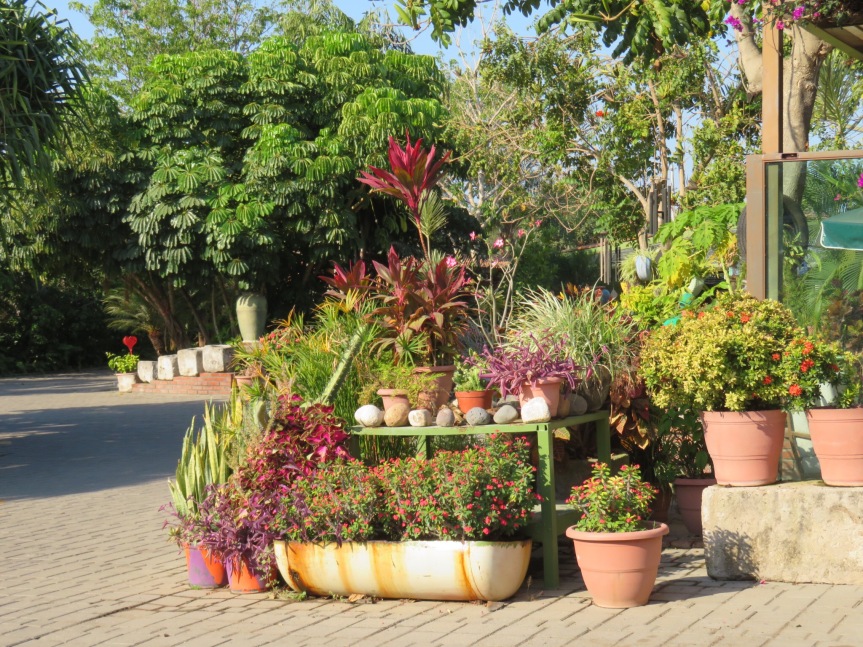 Monday night, the band in the square played loud and hard until close to 3:00 am. We drifted off to sleep only to be blasted awake at 6:00 by the morning explosions that I guess are meant to call the faithful to daily masses this week. A mobile rig that launches the loudest exploding fireworks available starts at the far end of town slowly working its way to the church in the town center sending up a cruise missile about every five minutes. Just when you feel it might be safe to fall back to sleep another salvo rips a hole in the clouds. Cali is quivering and salivating as she tries to dig a hole in the concrete to create an escape hatch to China. When she leans against the bed the whole thing vibrates like a ‘magic fingers’ unit filled with quarters.

We administer a doggie xanax then PJ takes the dogs to the other room that has A/C and closes them in with the t.v. cranked up. I pull a pillow over my head and try to catch a more zzz’s. The celebratory dynamite is ignited at 6 am, noon and again later at night. We biked into town for a major grocery shop loading our baskets with enough food for the week.

At six, Bob and Wanda came over for dinner. We relaxed out on the deck and they had a chance to check out our hovel and take in the view. Bob brought some fresh tuna sashimi along with the wasabi, ginger and soy sauce for an awesome appetizer. We enjoyed a chicken dinner and non-stop conversation until the mosquitoes set everyone in motion and we said our good nights. 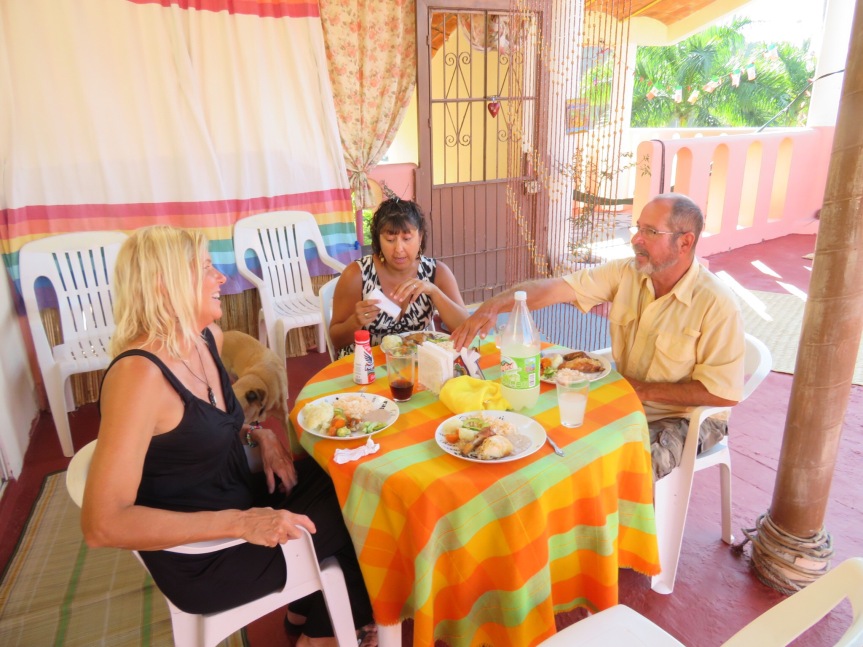 That night, the music from town ended earlier and we were stoked to get some sleep until the people in the units next to us got home from the party and reignited the fiesta just outside our window. Loud music, maniacal laughter and shouting until 4:30 am. I managed to slide into a fitful sleep only to be startled awake at 6:00 by Cali climbing up on my head to escape the morning barrage. I was just falling back to sleep around 8:00 when the other campers in the tents towards the beach who unloaded the giant speakers yesterday decided to put them to use. The ranchero wake up call.

PJ and I sat bleary eyed on the terrace and came to a conclusion – we needed a vacation. We loaded our gear into Lexi, aired up the tires and set the GPS for Bucerias. First, we walked up the hill to say goodbye to Larry and Judith who are packing up the casita in preparation to return to Lake Tahoe for the summer. Larry had finished his rug and Judith had put the final brush strokes on her latest painting. Awesome art. Larry’s rugs are amazing. We returned to Cruz Maria where Lexi was parked and said our ‘goodbye for nows’ to Bob and Wanda then fired up the RV and drove relatively uneventfully down to Los Arroyos Verdes. I say relatively because I clipped the mirror on a truck then hit a stealth tope that launched all of the spices out if the rack breaking a small bottle into glass shards on the floor.

We received a warm welcome from our friends at Los Arroyos Verdes. I got the RV parked up out back and we booked ourselves into Casa Arrayan. Once we organized our luggage, we ordered pizzas from California Pizza then ate them while binge watching Game of Thrones on the large TV. Peacefully silent throughout the night. 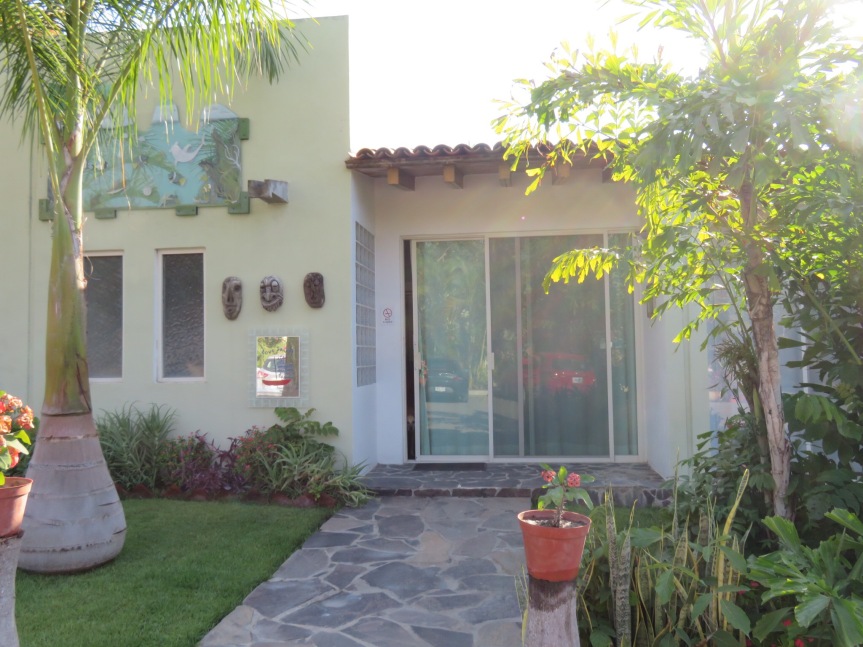