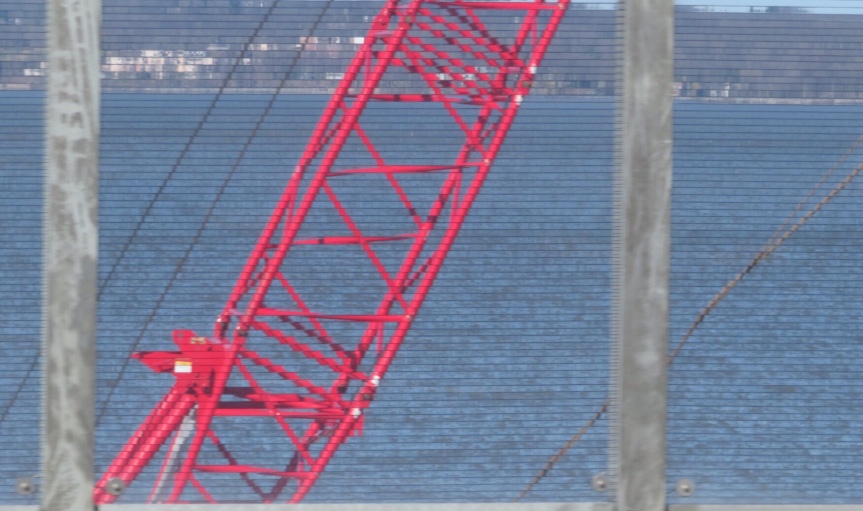 Actually woke up early this morning, but Cali was sleeping so peacefully and the park was quiet and tranquil so I fell back to sleep not waking up until 9:30. Must have needed the extra rest. We made the rounds of the campground and Cali seems extra perky today. We broke camp and we’re driving past the chocolate factory at 11:00 a.m. The GPS took us on a lot of quiet back roads. Not sure if it’s set to avoid highways or if they just happen to be “on the fastest route”. Every once in a while, Google Maps offers to take an alternative route to evade some traffic situation but I always decline to avoid being funneled onto a small road with low bridges or overhanging trees. Our routing onto the Merritt Parkway last year taught me my lesson on getting caught with low clearances.

Stopped for gas and a quart of oil. Talked to Red on the phone for a few minutes then back onto a rural farm road to cut up to the eastbound 80. I had found a campground near Parsippany, NJ that got so-so reviews. As we neared the area, I didn’t want to stop so it was decided to drive on for Mystic, CT., a campground we know and like. A long, grueling day of driving. Traffic passing through New York crossing the Tappan-Zee Bridge and getting into Connecticut. Massive potholes and narrow lanes. Went to pass a pair of slow trucks, one pulled in front of me as I was coming around and the other was tight next to me as we squeezed through a construction zone with other cars pushing past on the left, hairy little patch.

The sun was dipping behind the trees when we pulled into Seaport RV. I had called earlier, so the girl in the office had a packet waiting with an entry card in the box by the office. We found our spot and immediately went for a walk around the grounds. Got set up and made some dinner. Bone tired. The two basement storage bins that had leaked before had water in them from the other day. I’m bummed about that. More warrantee stuff to deal with and Arlington RV really sucks to deal with. Talked to PJ. Should be at the house by midday tomorrow. 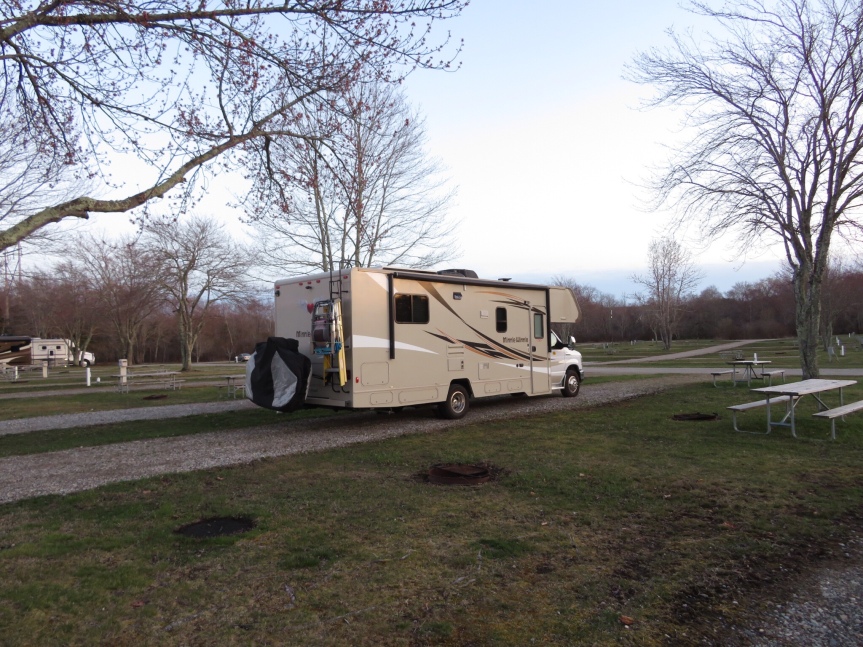