We were both a little extra sleepy this morning and took advantage of the quiet to catch a few more zzz’s than usual. The deck on the bay is a relaxing place to start the day and we poked along slowly until one of us realized that this is one of those places with an 11:00 check out rather than noon. We picked up the pace and had everything good to go almost on time. I dropped the key card off with the good ol’ boy in the office and we were back on alligator alley heading towards our next stop, Fort DeSoto up in the middle of Tampa Bay.

For the first hour or so we were on a little country lane passing through the Everglades with panther and bear habitat areas in some of the higher (maybe two and half feet?) elevations. Hardly another car and fantastic scenery. Then nearing Naples, we got on the 75, a three lane highway with moderate traffic that took us past Naples, Fort Myers, Venice and all the beach towns along the way. Would have loved to stop but we are going to start trying to make some time going north. 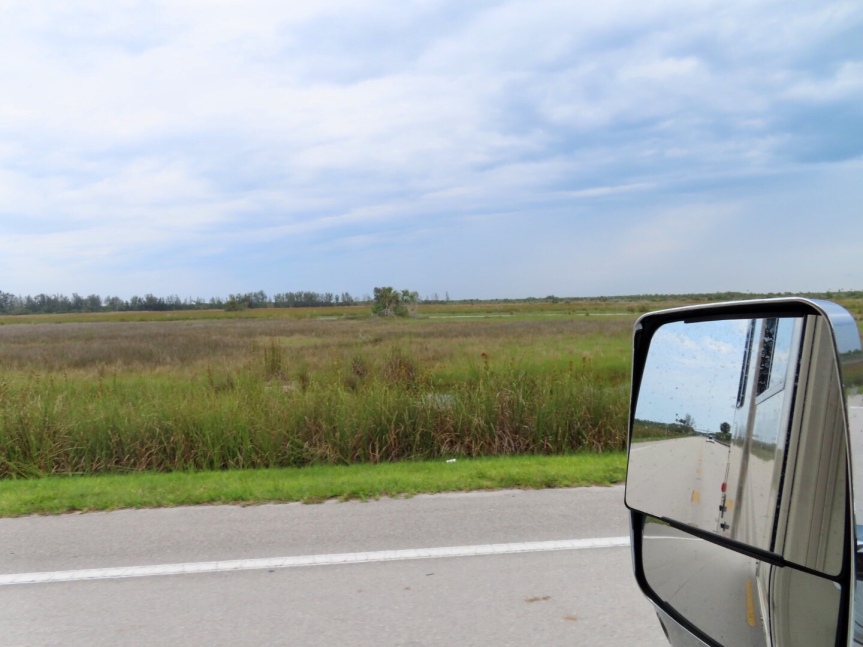 I think that’s a bear or maybe a mole

Fencing in the panther habitat

In the afternoon, we arrived at Fort DeSoto, a cool tree covered county park in the middle of the causeway between St. Petersburg and Bradenton. The Gulf of Mexico is on one side and Tampa Bay is on the other. The hammock is mostly mangroves with some oaks and lots of palms. The sites are deep, shaded and private. An awesome little spot. Brittany in the office set us up with a waterfront site for two nights then we move to our original inland site for our last night. The bay is literally two feet from the RV. The neighbors are cool and we are stoked to be here. 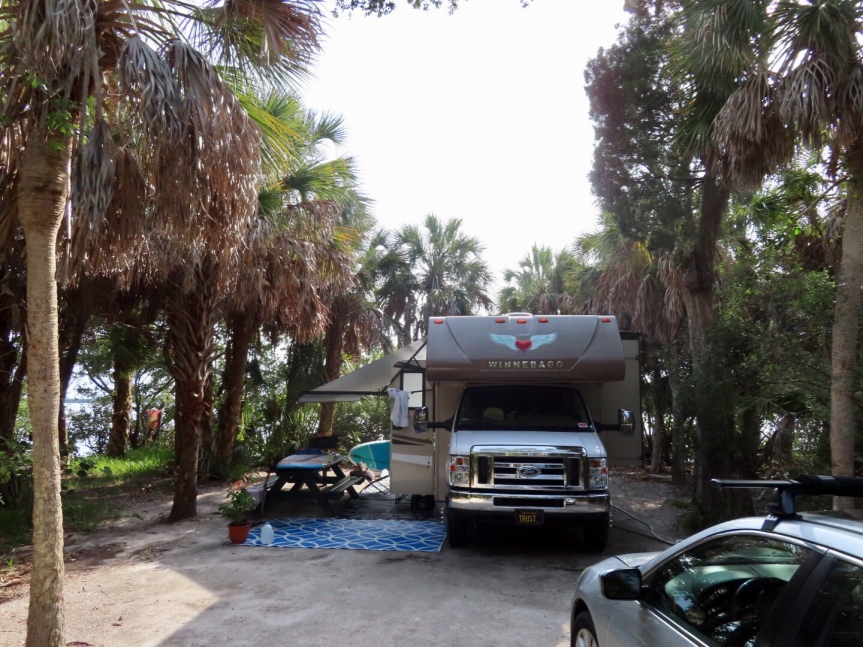 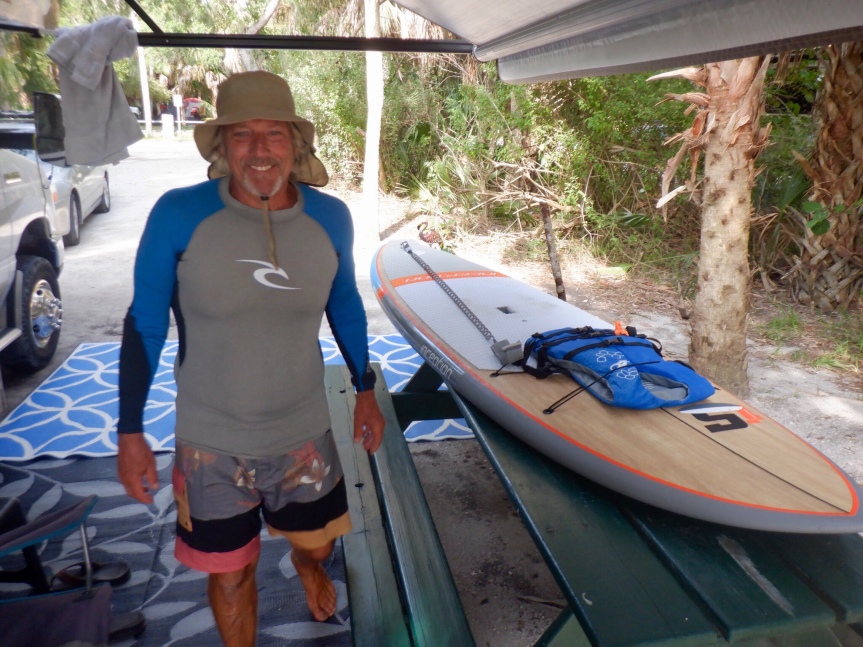 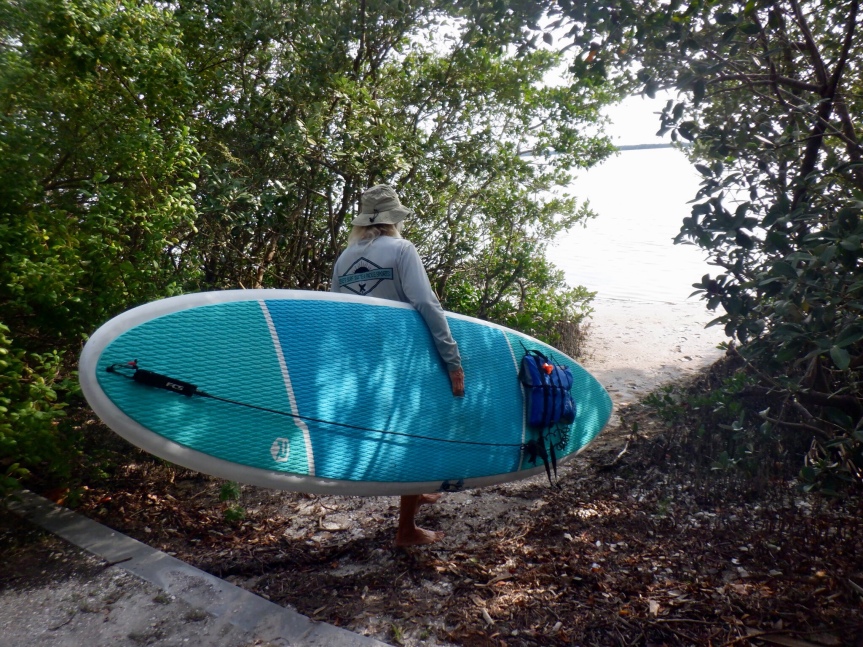 After setting up, we decided to cool down with a paddle in the small cove directly in front of our campsite. The temperatures here are cooler than it’s been and the air was comfortable with a nice breeze in the early evening. It was low tide and the water was shallow. We could see the bottom, seagrass with lots of small fish and an occasional bigger 3 or 4 pounder trying to hide beneath the plants. We must have been stirring up the bottom and exposing something good to eat, because PJ picked up a little friend who followed her around the inlet as we paddled enjoying the easy pickin’s we were kicking up. 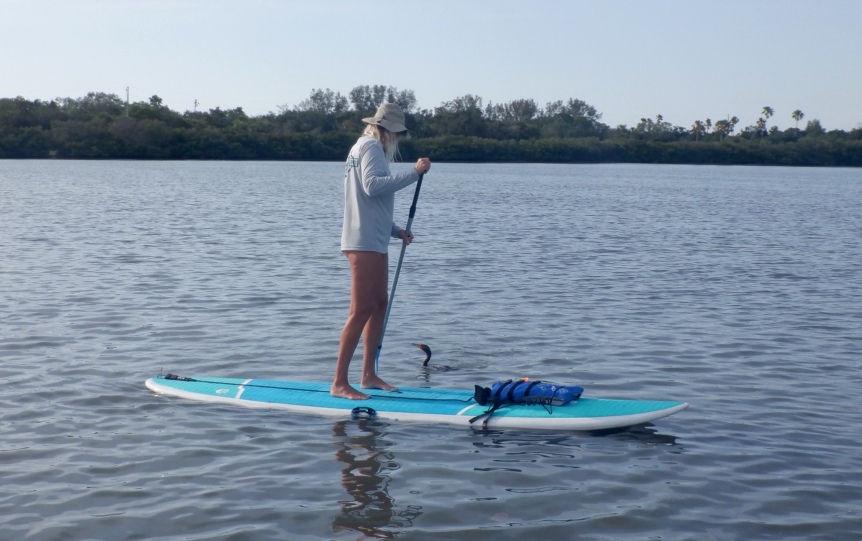 There were lots of little salp looking gelatinous sac like animals floating on the surface. We stroked over near the outlet that runs under the road when PJ spotted the blowing of a pair of dolphins just ahead, good sized ones. I was surprised they would be in such shallow water but as we watched, we could see them circle the fish and get them boiling in a ball then charge in and chow down on them. We chased them for a while but they quickly outdistanced us and we headed back against the outgoing tide and parked the boards on the picnic bench. 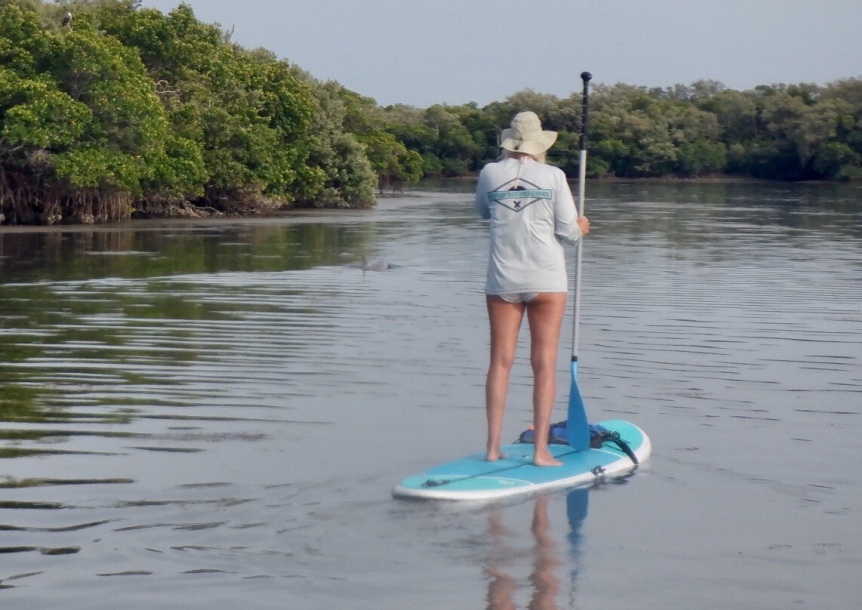 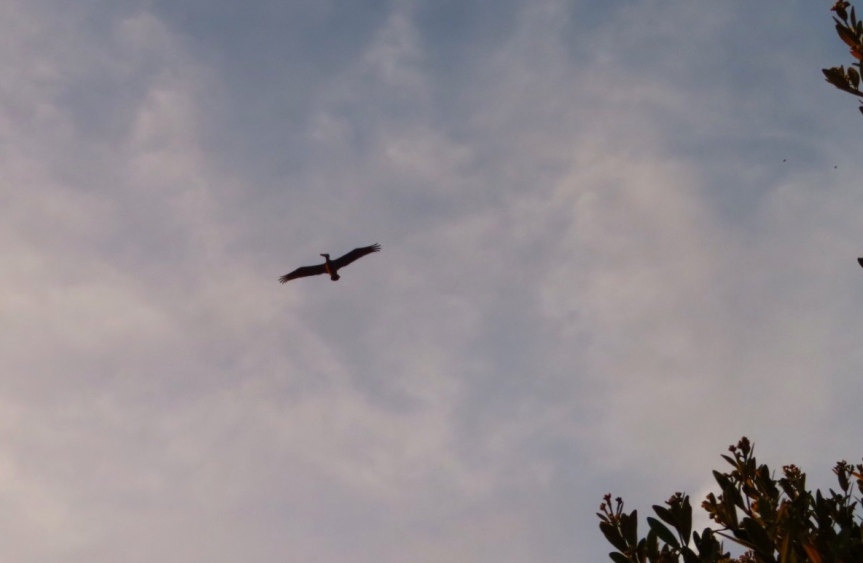 PJ set us up with some tasty pupu platters and we ate our dinner on the water while watching the sun drop down behind the mangroves across the way. Beautiful spot with minimal bugs, although we did spend some time when we got here scrubbing off all of the mating gnats that had plastered themselves all over the windshield and front of the grill. I love the tropical weather, but I have to admit the cooler temps are a treat. 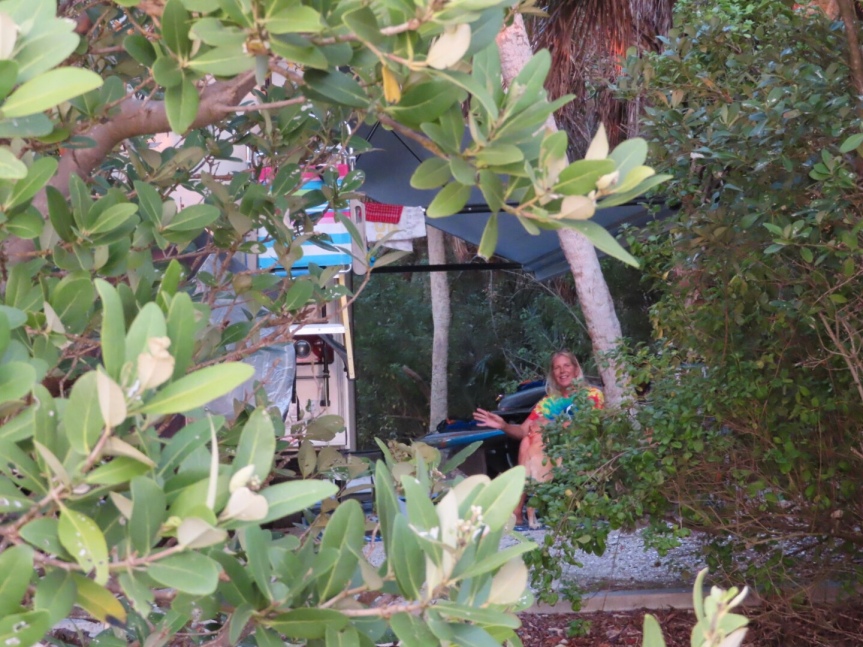 One thought on “Fort DeSoto”