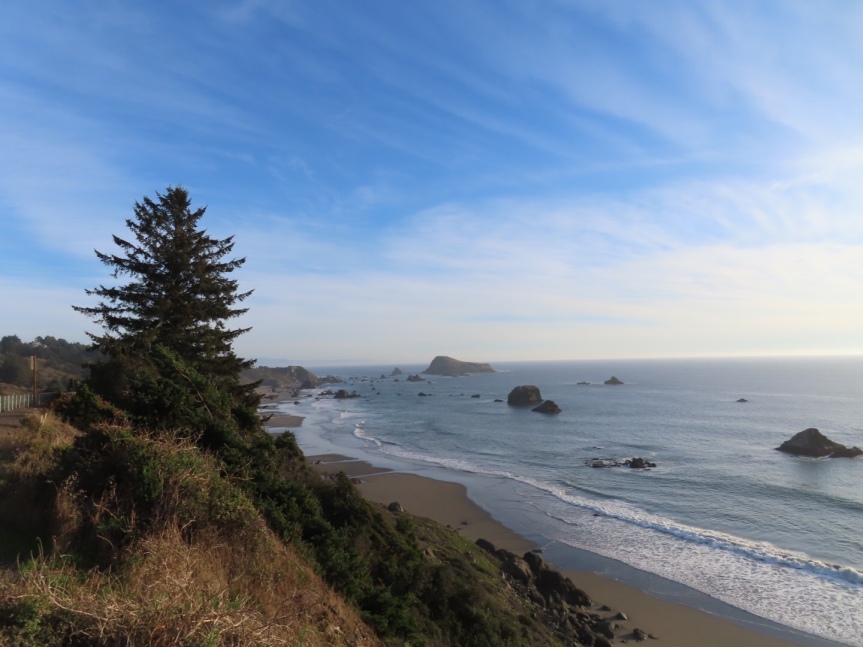 Monday was kind of a funky day. We got on the road and stopped after a while to sit outside of a church and catch up on internet stuff. My dad had called on the drive to let us know that a close friend of the family had passed away and we were a little stunned. Our heartfelt condolences go out to his grieving mom and family members. Rest In Peace, Brett. An hour went by before we got back to the business of getting down the road. 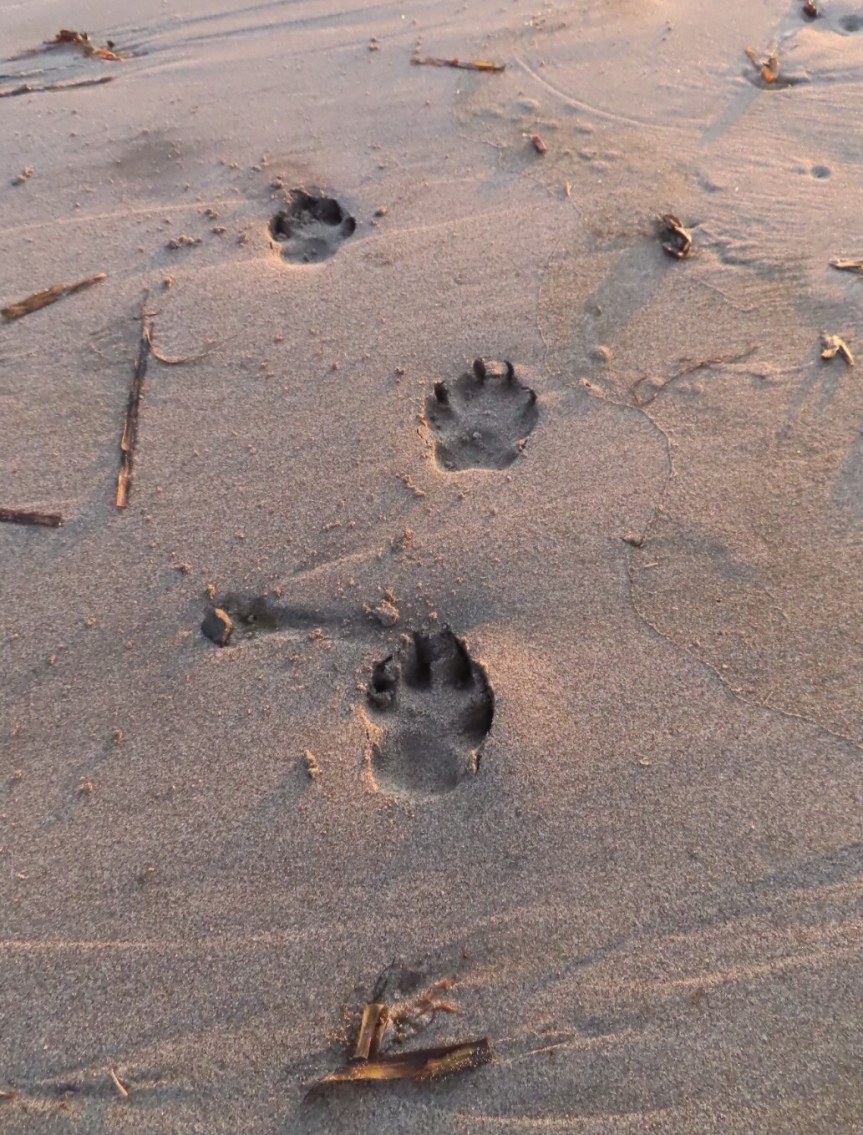 The southern Oregon coastline has that famous rugged northwest charm with lots of rock outcroppings and ‘haystacks’, single large domed islands of rock setting just off the jagged shoreline. We stopped at a few overlooks before figuring that we were burning too much daylight and might not reach our destination of Jedediah Smith State Park by dark. 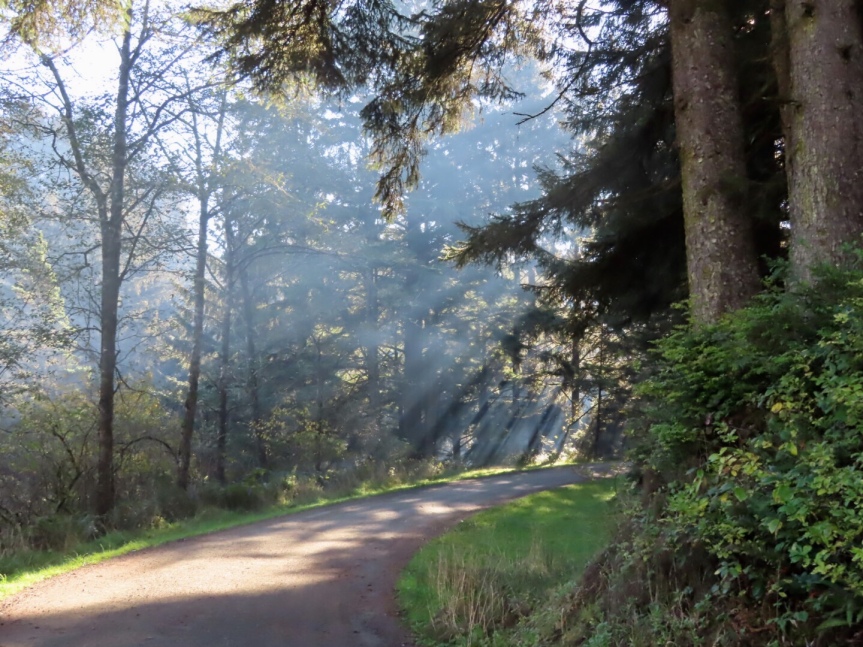 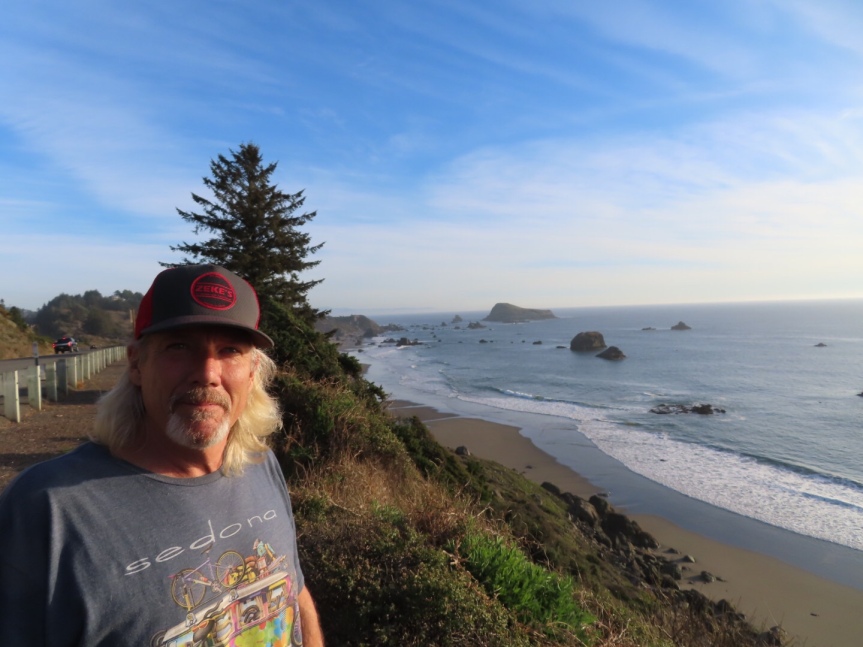 We passed through cool little coastal resort towns like Gold Beach and Brookings as we reached the California line and continued on into the redwoods. The sun was gone when arrived but there was enough twilight to dump the tanks and find a nice quiet spot fronting the Smith River. We were relatively quiet and introspective this evening calling it an early night. 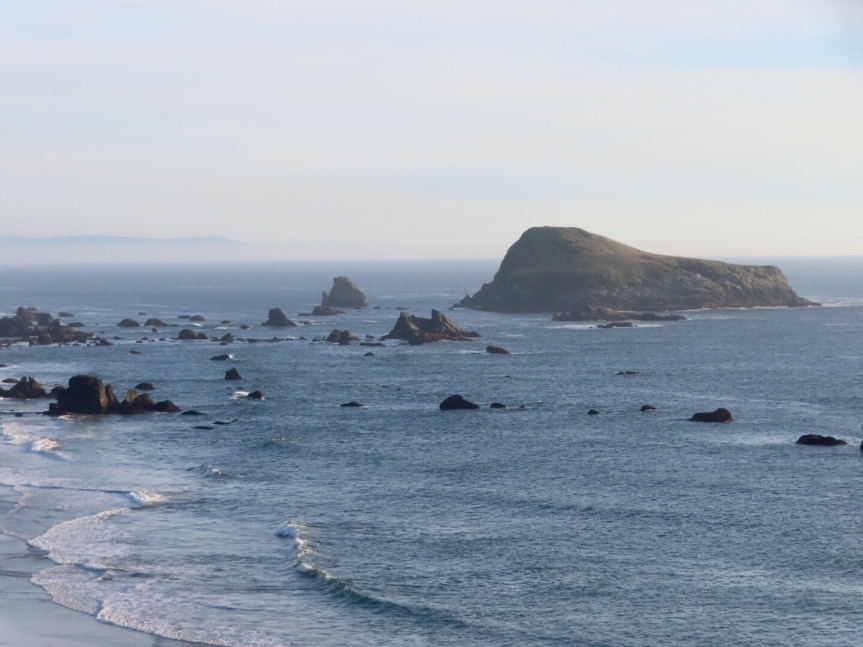 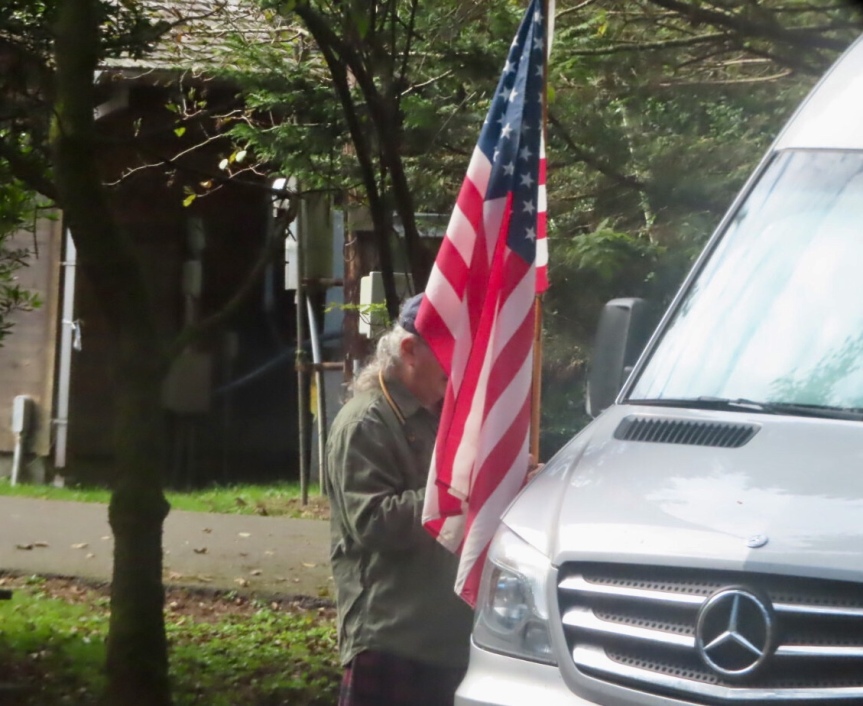 A Special Appreciation to all of our Veterans out there