With a snowstorm predicted to hit the area tonight, they were already talking about closing some of the roads. We decided that it would be a good idea to get ahead of the weather and get a start driving down the hill. Besides, there is only so much goo that we can deal with Cali tracking into the RV. We took the morning to drive around the 8 mile loop that circles the valley floor to explore a bit.

We stopped at Yosemite Village and browsed around the store. From there we parked at various spots fronting El Capitan to marvel at the crazy climbers clinging to the face of the massive rock wall. Unbelievable stuff. One guy was off on his own to the right. We watched a while and he looked uncertain about going on and dropped back down fifty feet or so and disappeared into a cleft in the rocks, I’m guessing to take a bit of a break. 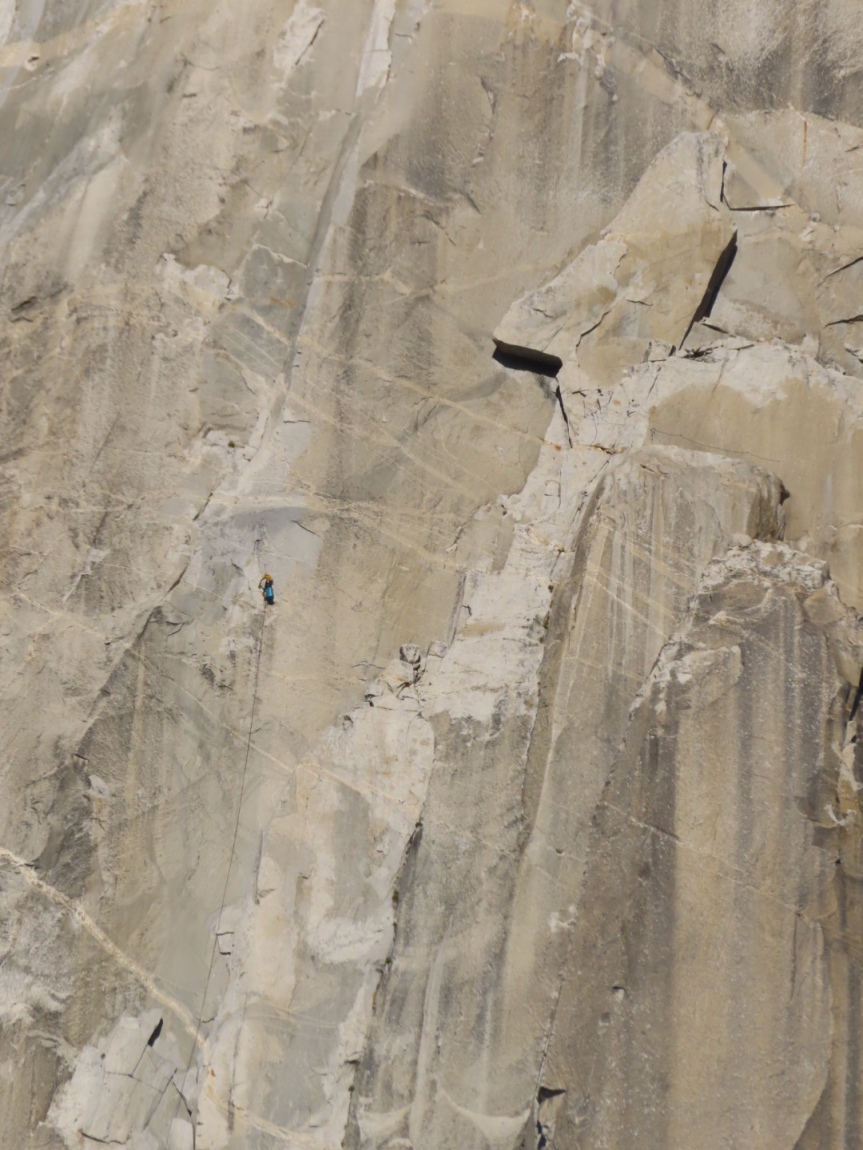 He’s there in the circle

Another group was hanging out, literally hanging out, on a tent strung up on the rock face. Not sure if they were calling it a day or just breaking for lunch but with the storm coming, I’d think they’d be making for the summit. It was hard to spot climbers at first. PJ would search around with the binoculars and I’d zoom the camera out to 40x and we’d scan the face. It was surprising how tiny they appeared, fleas on the side of the fabulous granite wall. 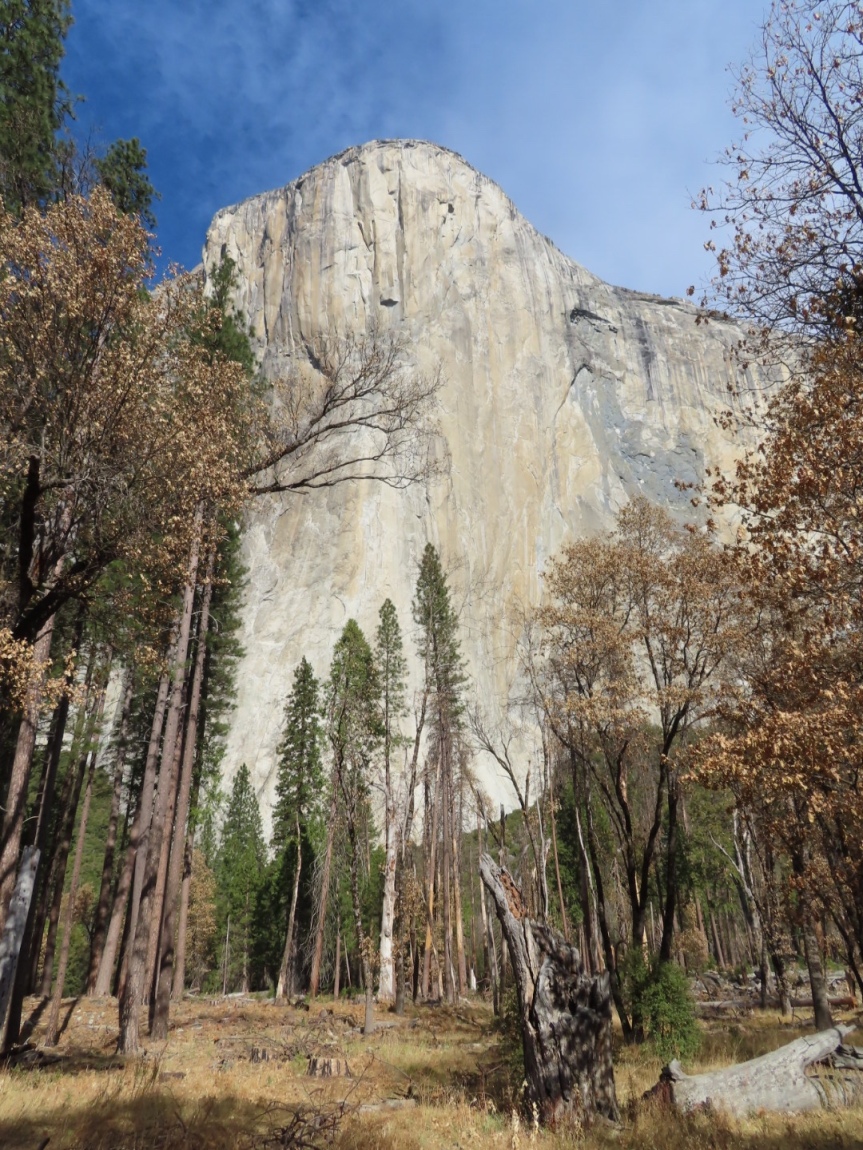 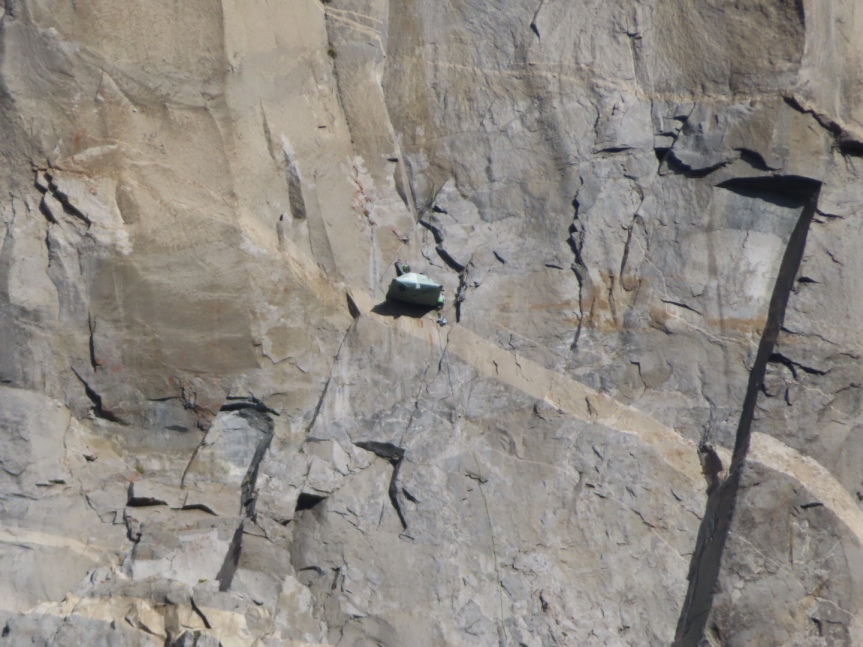 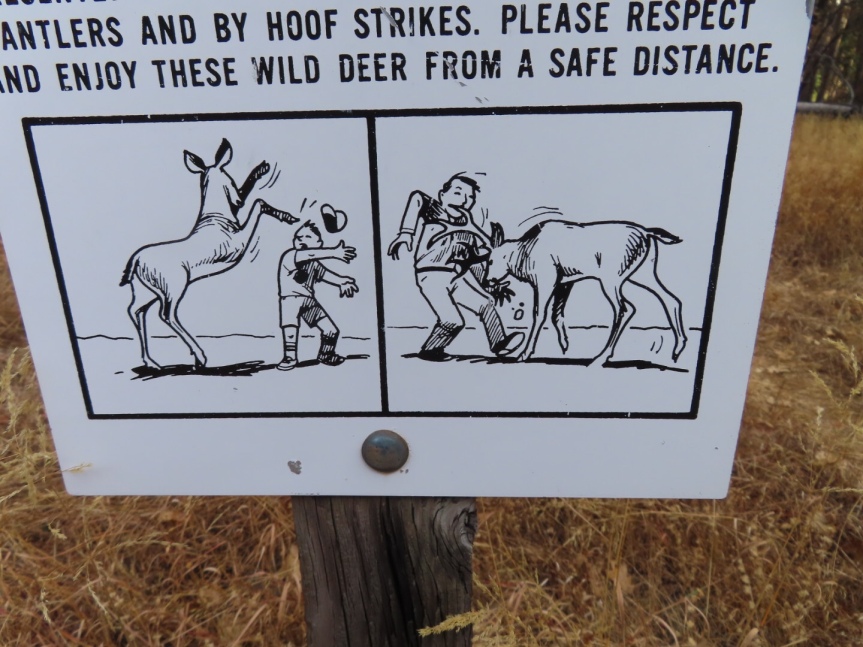 Further to the left a guy had moved up from his platform perch and was making good time up a fold in the rock. He looked confident and was moving with purpose. No way you’re getting me up there. My hat’s off to these guys. Some other lookie loos were pulling over and we were all craning our necks watching the rocks. 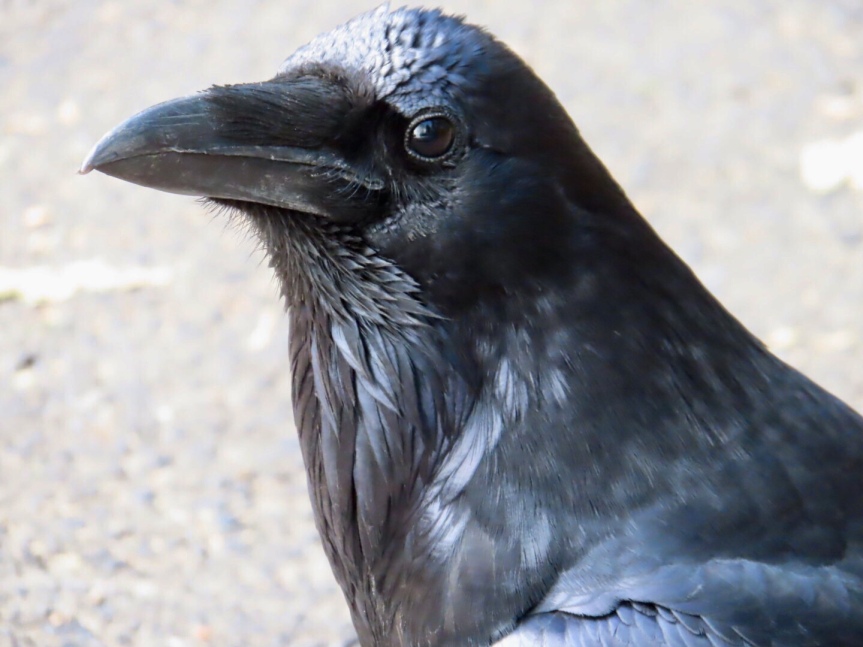 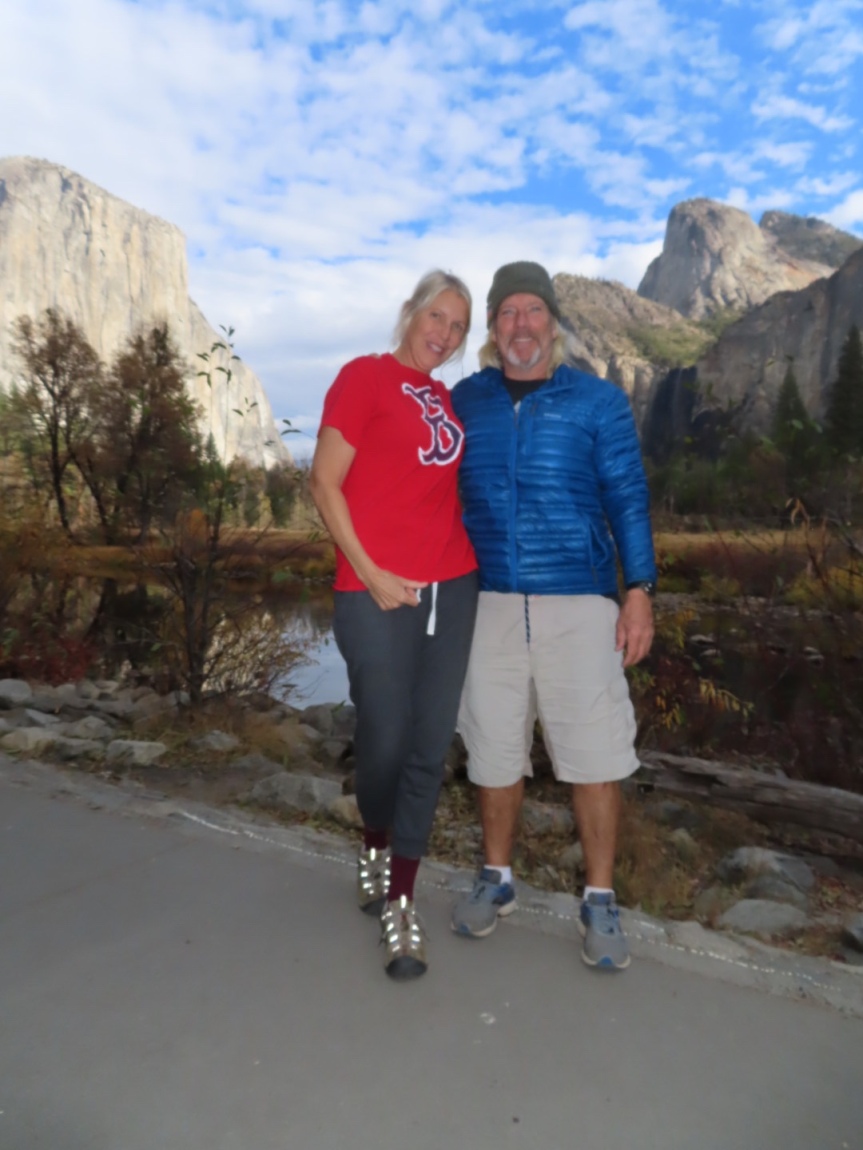 We decided to hit a one night stand at an RV park in Visalia to get the laundry done and get a few miles closer to San Diego. It was a pretty drive through the mountains down into Fresno. Then it was your basic central valley drive, dusty farmlands and lots of trucks moving goods down towards Bakersfield. The RV Park was in a marginal residential neighborhood but it seemed safe enough. PJ did six loads of laundry. We’ve been saving it up since La Push, before Halloween. The longest PJ has ever let laundry slide in her life. That and a little housework and we were good for the night.

One thought on “El Capitan”