A rainbow greeted us on a rainy Thanksgiving morning. My sister and her kids have made a holiday tradition of doing the Oceanside Turkey Trot to start off their turkey day. My brother in law’s leg has been acting up so I absconded with his race number as PJ and I joined the crew for the 5k. All of the visiting Danes were recruited as well so we had a ten person team to brave the precipitation and trudge the streets of Oceanside. Team #Feastmode. 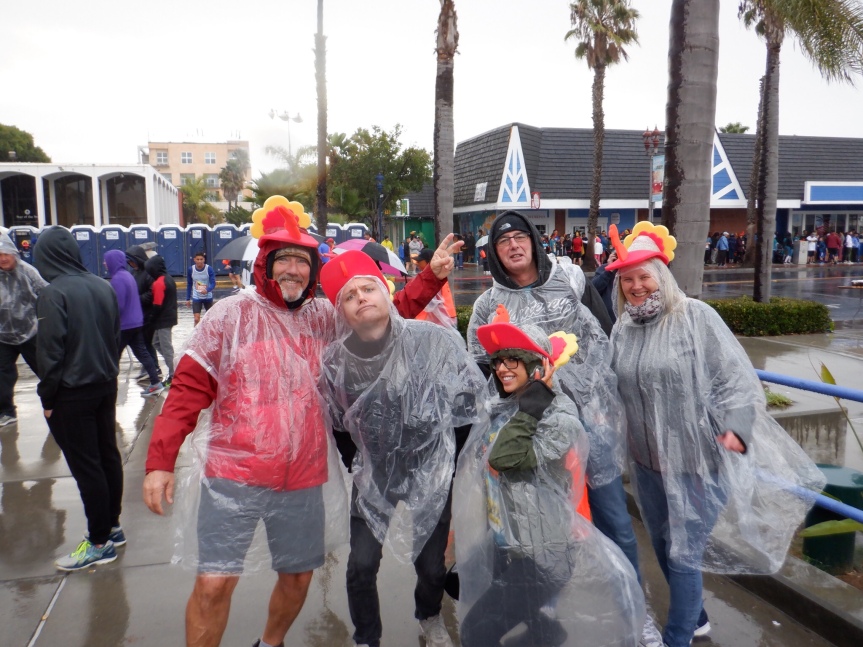 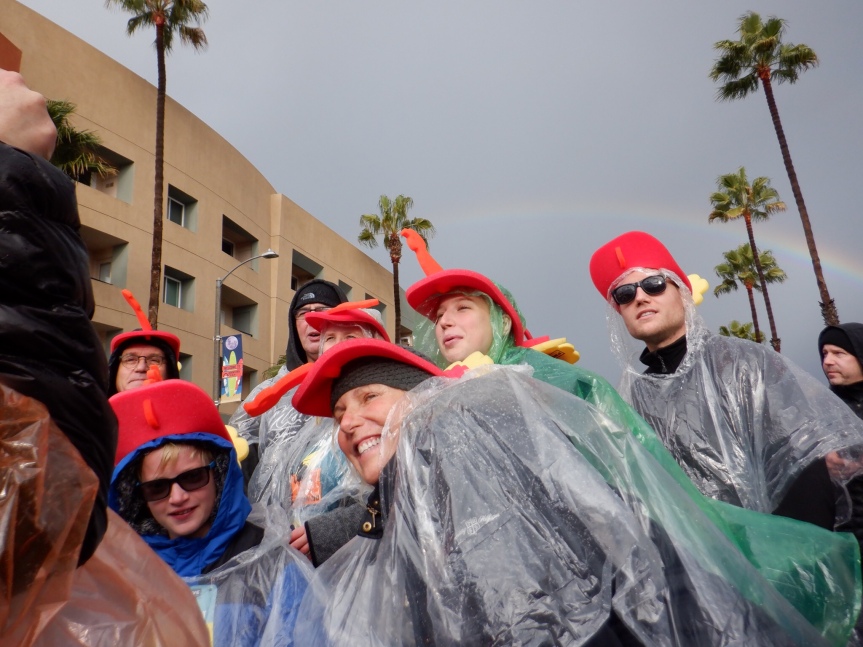 We found parking along a side street and arrived at the start just as the rain began to fall. My cousin, Iben dubbed it the Turkey Splash rather than the Turkey Trot. PJ picked up a number and we all lined up in the chute to wait for our wave to hit the bricks. We stayed together at first then spread apart as different folks moved at different paces. 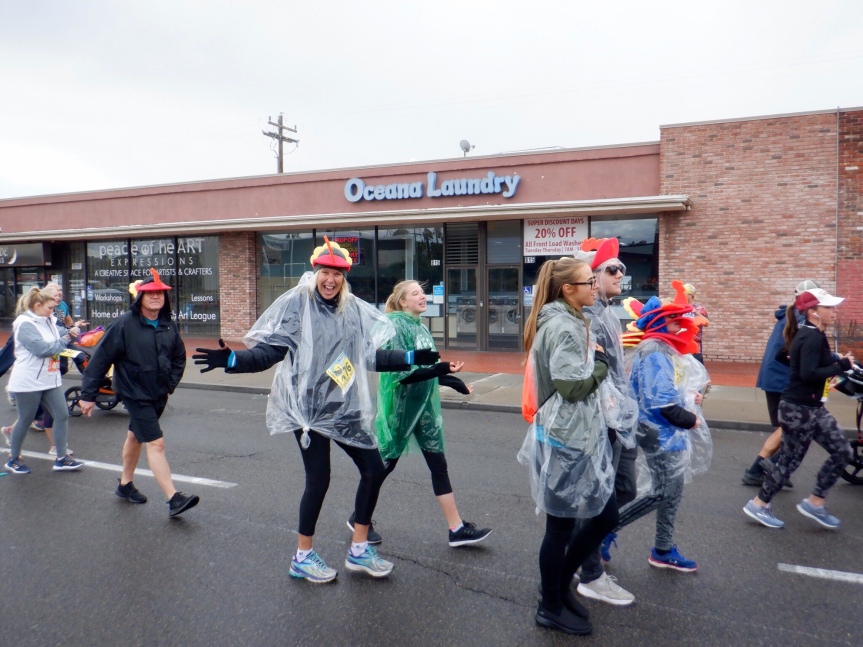 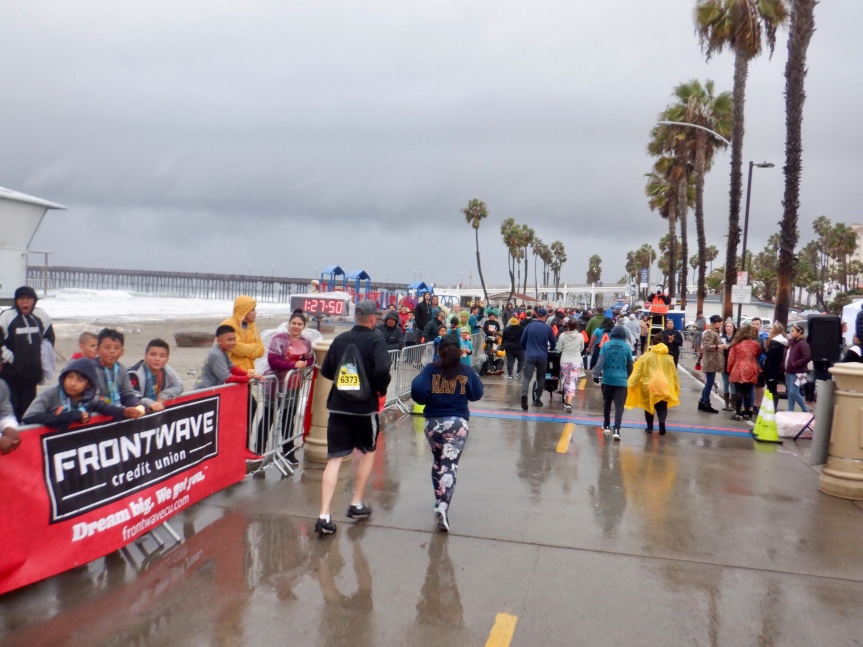 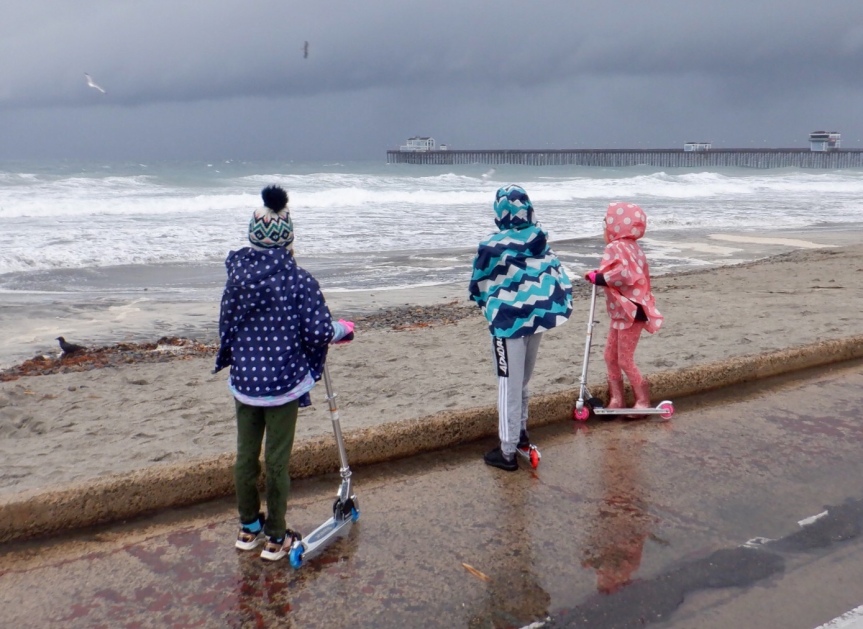 The ocean was roiled up with a high tide splashing the waves up onto the strand drive. The rain came and went sporadically as we finished up the 5k and regrouped with the gang at the band shell down at the pier. We were collecting PJ’s tee shirt when the skies opened up and a torrential downpour let loose completely soaking our hapless crew. We raced through the flooded streets to the cars and headed home for showers and rested up to gird our loins for the upcoming feast.

My brother in law, Lee, roasted up a turkey covered over with bacon and injected with a pound of butter. Juicy and tender, it was set out with yams, roasty potatoes, stuffing, asparagus, rolls and other accouterments. Our good friends Brenda and Larry joined the celebrations as the whole family enjoyed hanging out together and chowing down on the gourmet offerings. 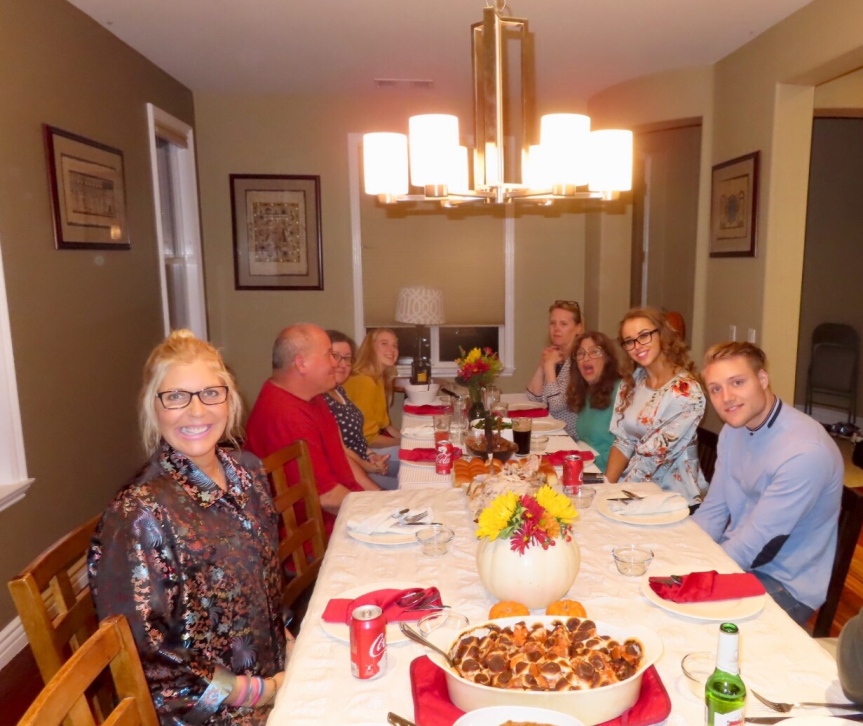 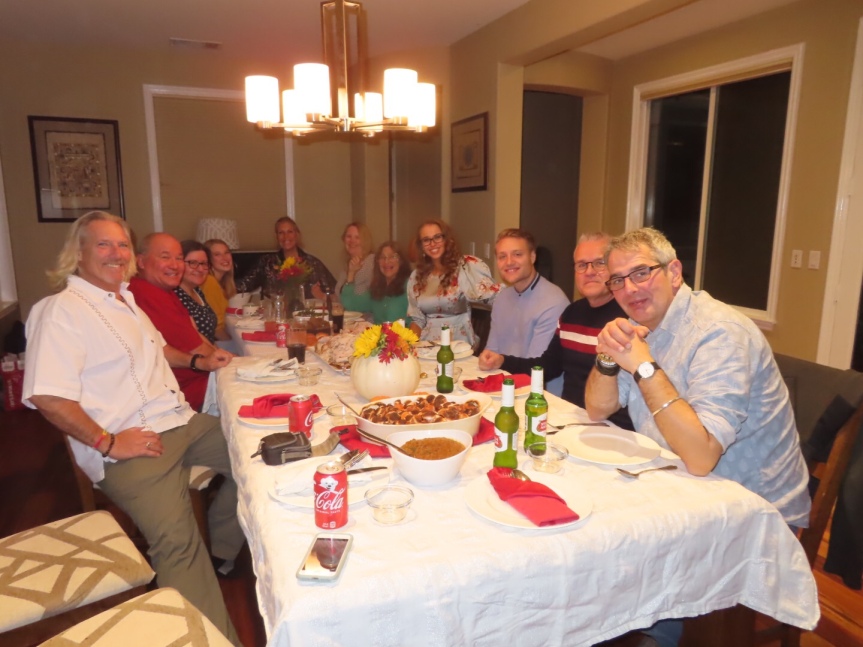 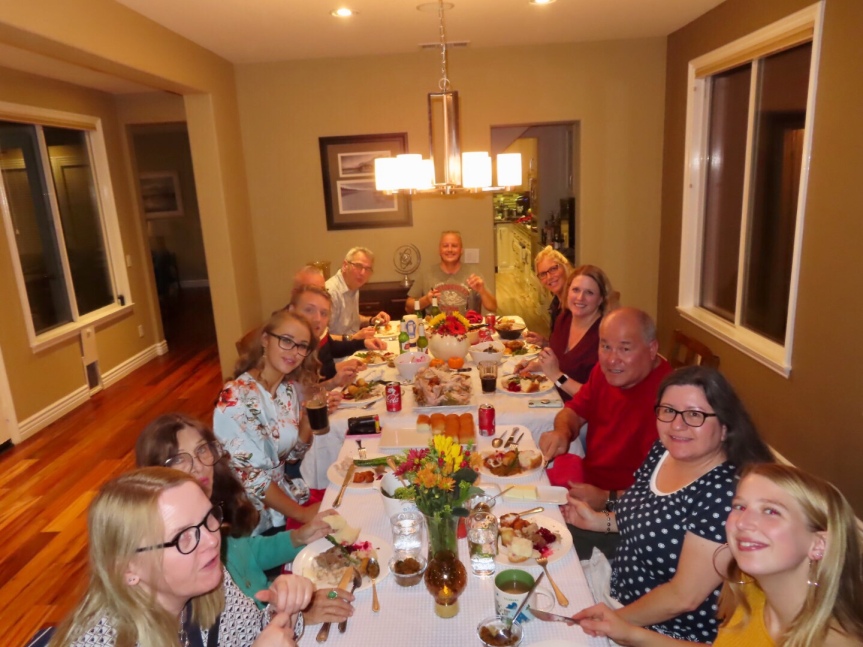 We tarried late, lost in conversation until the tryptophan set in and heads began to nod. It was back to Dad’s with our contingent of Danes and Auntie Dawn to get some sleep and hope for a sunnier day tomorrow. Happy Thanksgiving everybody! 🦃 💕 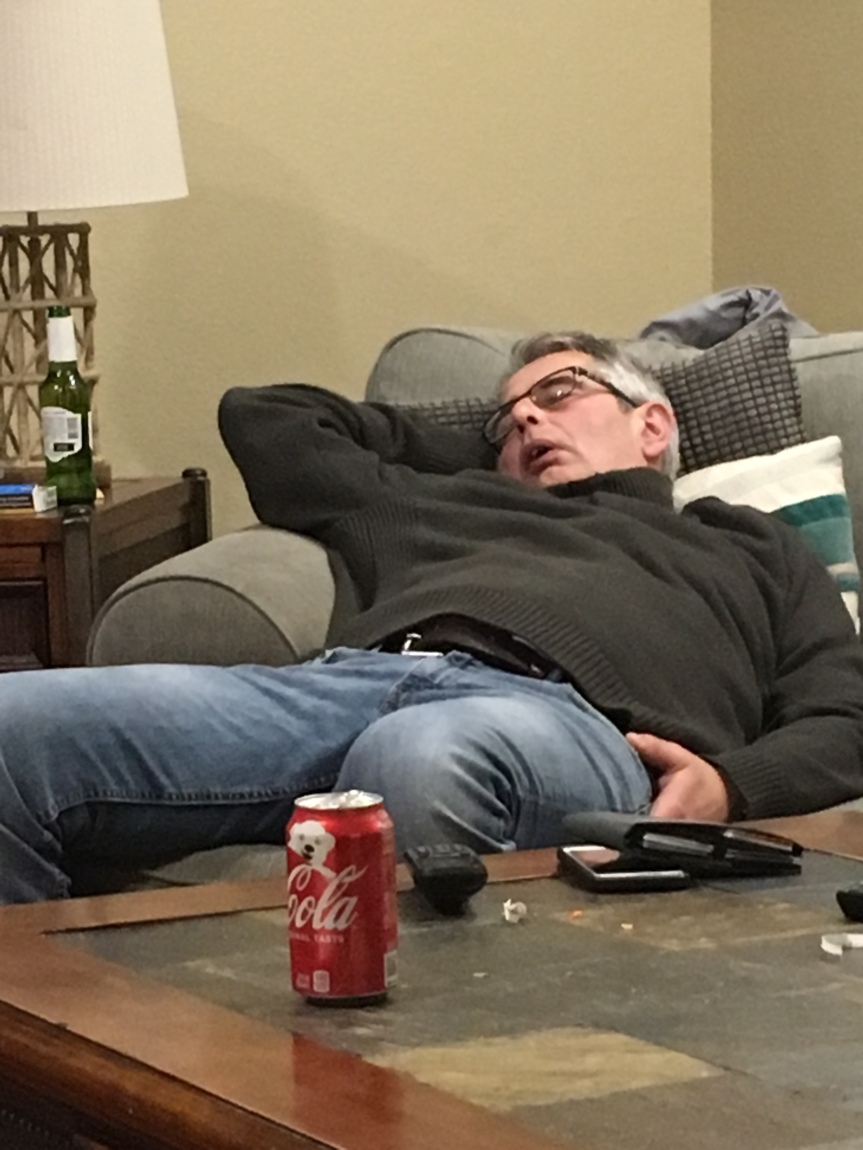 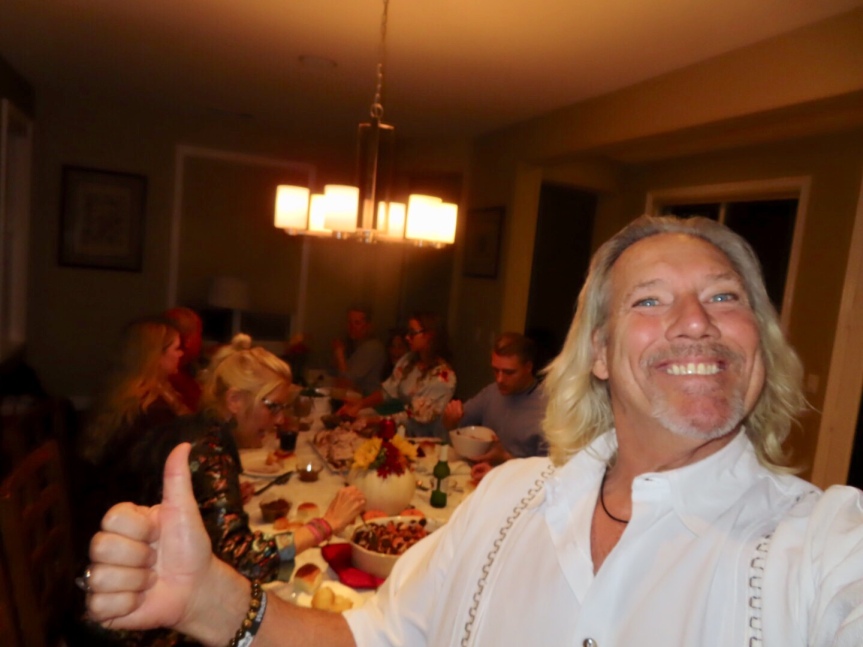