We got up this morning with the excitement of a travel day spurring us into action. The local kids were chasing some little waves out front as we dodged the ever present piles of horse poop that adorn the beach as we took our morning stroll. 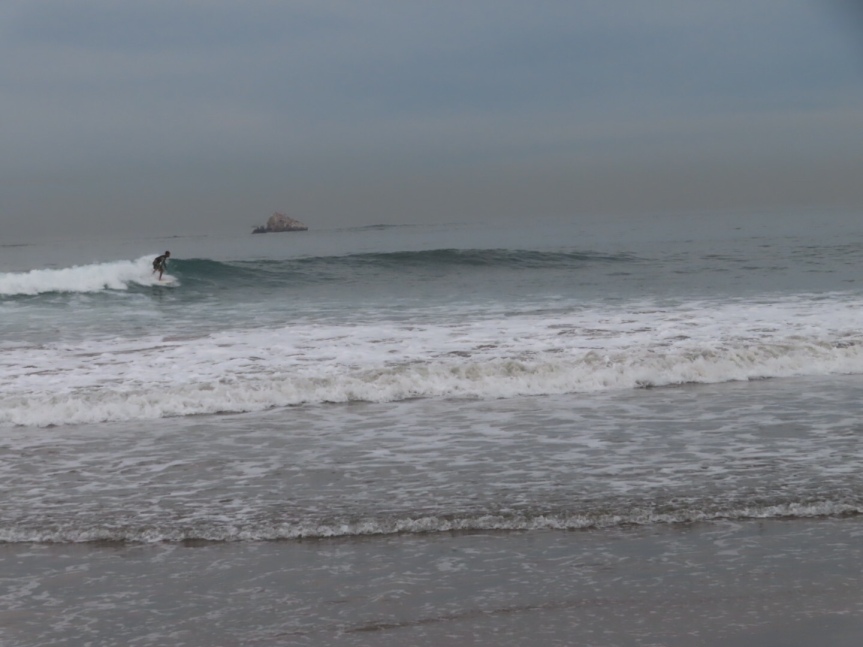 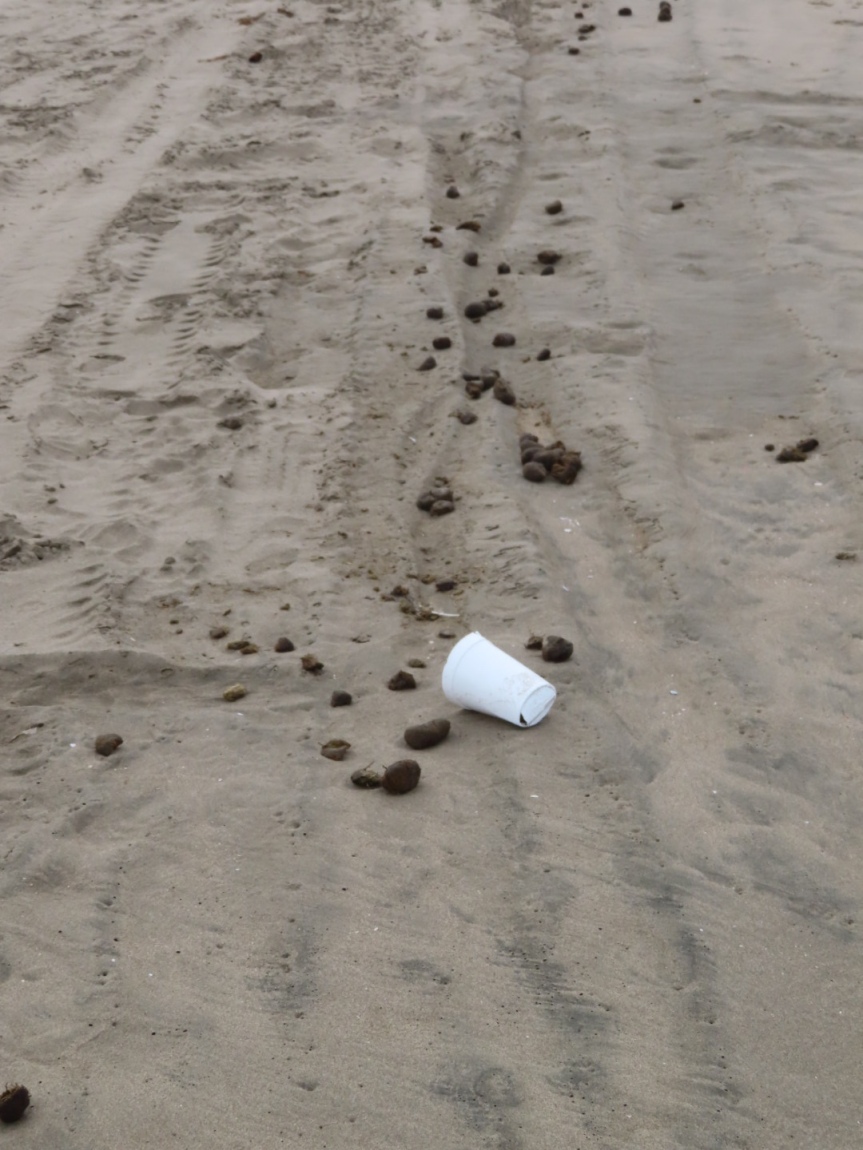 I had everything stowed and cleared for take off by 10:30. It was a tope filled drive for the first 20 miles or so, but I was ready for them and didn’t take any direct hits. I took the free road through Villa Union, a dusty blue collar town south of Mazatlán. I stopped at a llantera to see about rotating tires but they had plenty to do and couldn’t give me the time of day. I threw in some gas at the Pemex and got on the 15 south to Escuinapa. 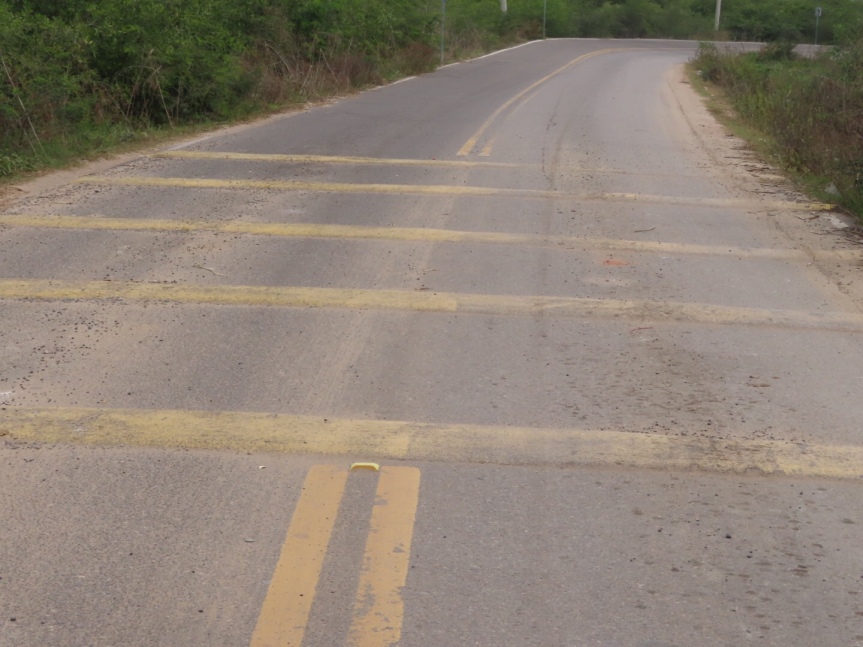 The toll booth was taken over by protesters. They were throwing barrels out to block the booth and demanding pesos. They asked for 50 and I gave them the 40 I had in change from my little basket. It still beat the 320 it would have been if the booth was manned by the official workers. On this portion of toll road, the government didn’t want to lay out enough pesos for a full two lanes each way, so they opted for one lane each way with the broken lines along the shoulder indicating that you need to move over and let a third vehicle pass through the middle of the two lane road. Whoever has the cajones just bulls their way down the middle and woe to the distracted or unwary. A little unnerving but I was accustomed to it from the Durango road back in ‘16. 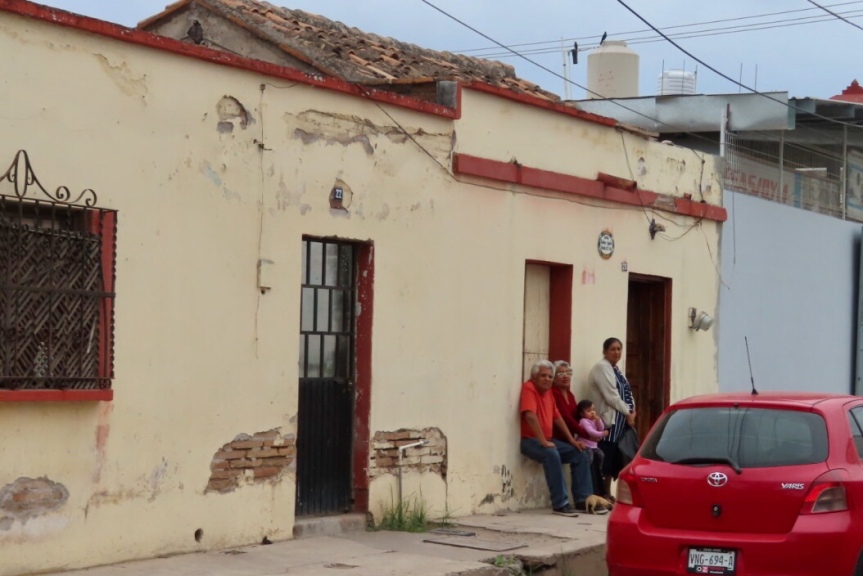 Escuinapa was an older town that featured narrow streets with lots of double parking, trash barrels in the roadway and fearless pedestrians. I found myself behind a large semi truck and used him as blocking. I stuck to his bumper and he did a good job of moving people out of the way. He got me through town then turned off down a side road, the perfect lead out man.

From there, the road turned to s@#t. Potholes that resembled vertical versions of the Cueva del Diablo we saw yesterday. Pits of despair that might go as far as China if you were to fall into one. It was slow going with no opportunity for sightseeing, full focus necessary for the sake of your suspension. 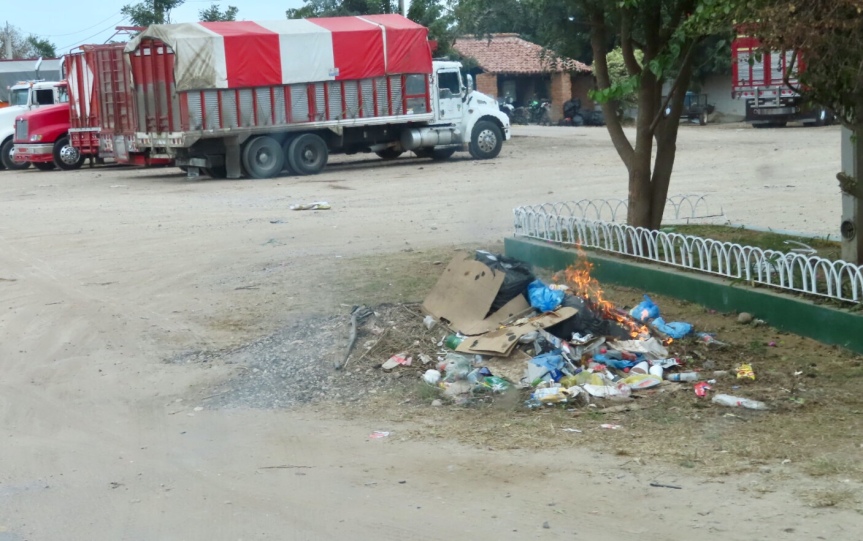 When I neared the beach, the turn off for Color Marino was a washboard dirt road that narrowed as it reached its final kilometer. I pulled into the campground and it was a total ghost camp. Not a soul was to be seen. I talked to the lady in charge. She quoted me a price a bit higher than the recent reports on the internet. Fleece the gringo. 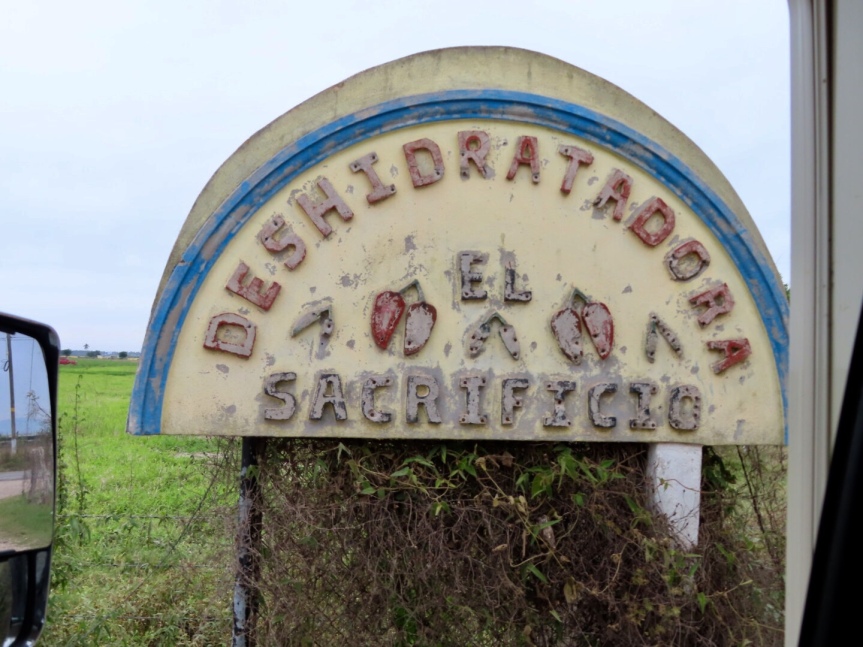 I asked if there were any clients for the hotel wondering if it was a ghost hotel tonight also. Empty buildings are always a little extra eerie. She said she had a family coming in and that there is a night watchman so all’s good. I was tired and didn’t want to take Wilson back out for another beating on the road since the only way out is the way we came in, so I parked up fairly close to the hotel to be on the velador’s radar. 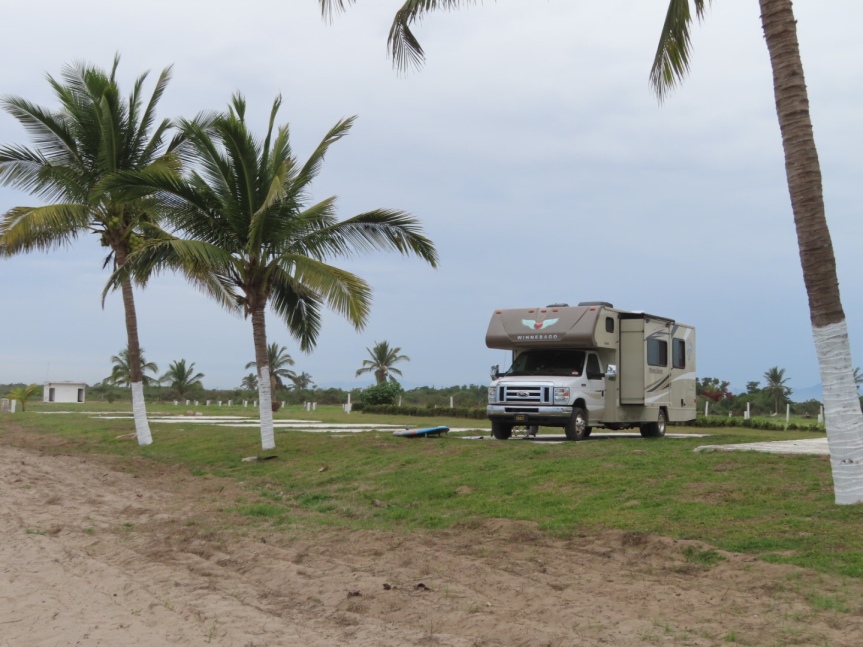 That turned out to be my fatal mistake. The clients for the hotel were having some kind of a celebration for their daughter. With a hip, deep based ‘discomovil’ providing the thumping sounds. They seem to especially like those bands with the tinny mechanical sounding microphone to give them the echo effect. Well, I guess I don’t have to worry about feeling so all alone anymore. Time to bump my way to sleep. 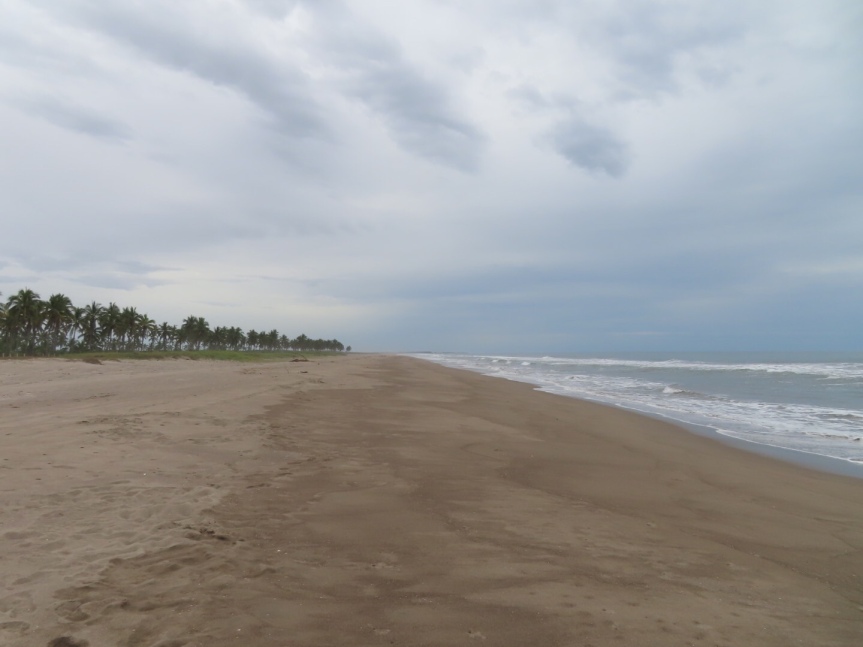 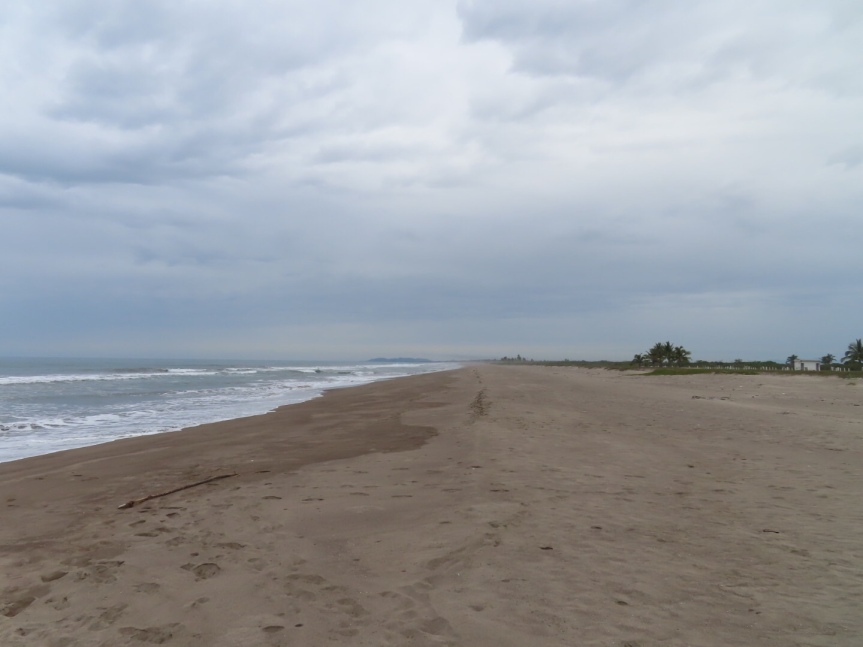 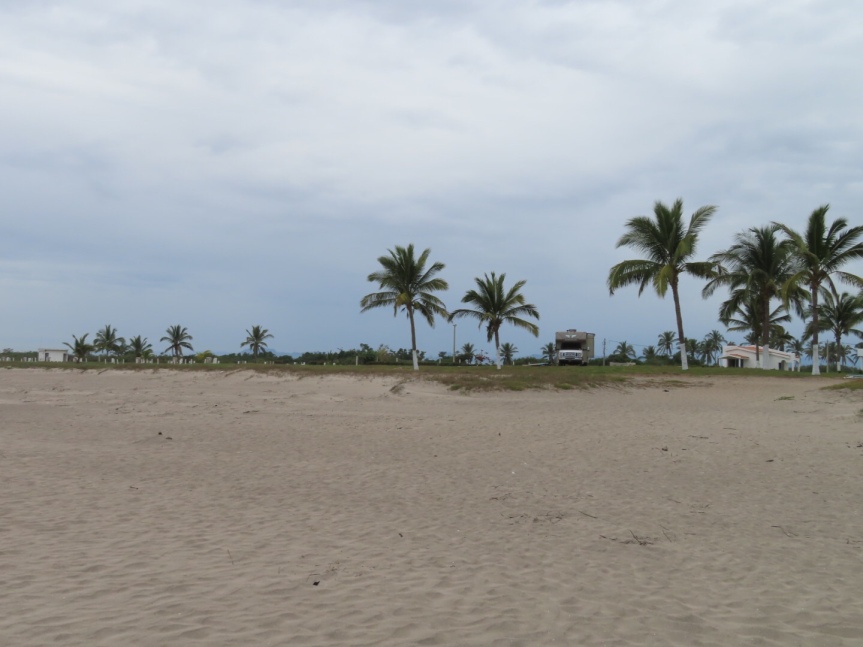