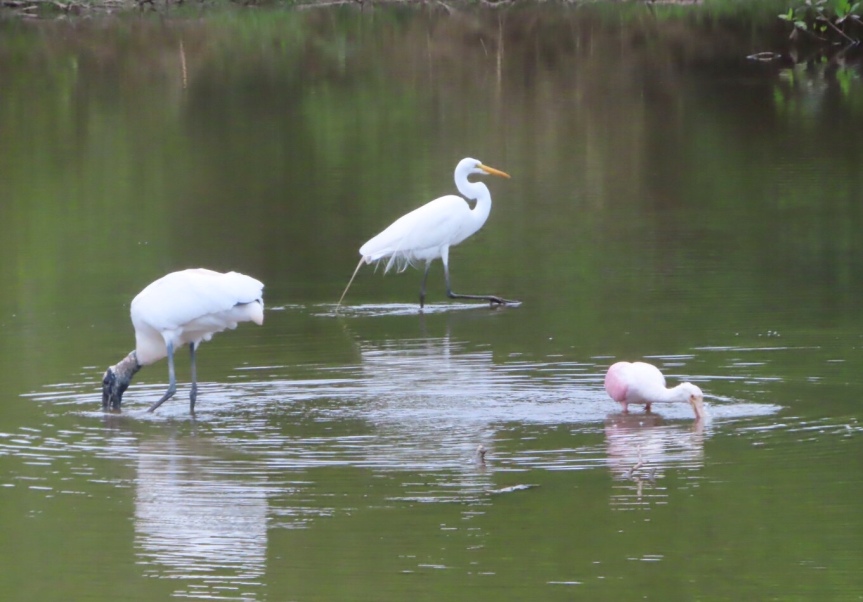 I’m still sneezing and sniffling a little, but I made myself get out and into the world a little today. I made breakfast and sat out on the beach eating while watching the surf coming in. Some locals were trying to time it to launch their boat into the waves and I could tell it was going to be hairy so I had the camera ready to go. They waited a good long time then shoved the young guy out into the churning water. He got it deep enough to drop the engine and get it started but by then another round of waves was coming in. He barely cleared the first set wave getting air over the top then the next one sent him completely vertical like a big fat off the lip. I give him kudos for not falling out. The engine stalled and he had to take a few seconds pulling the rope to get it going and escape to the outside where the waves were no longer a danger. 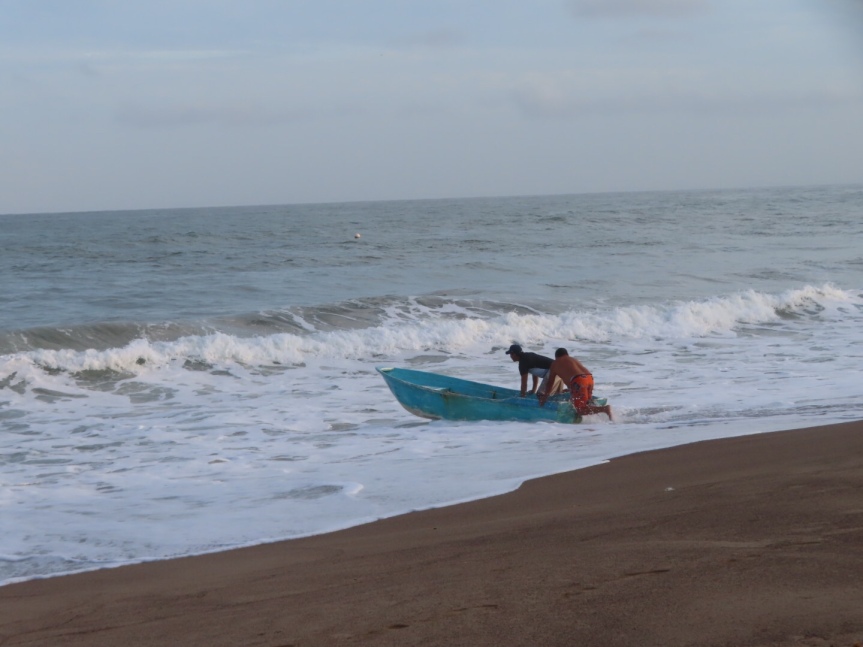 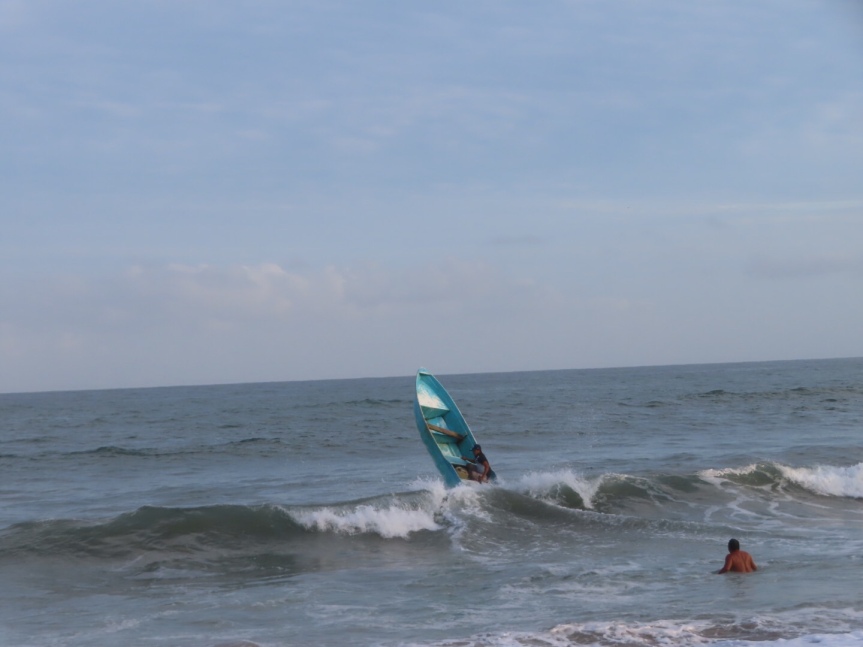 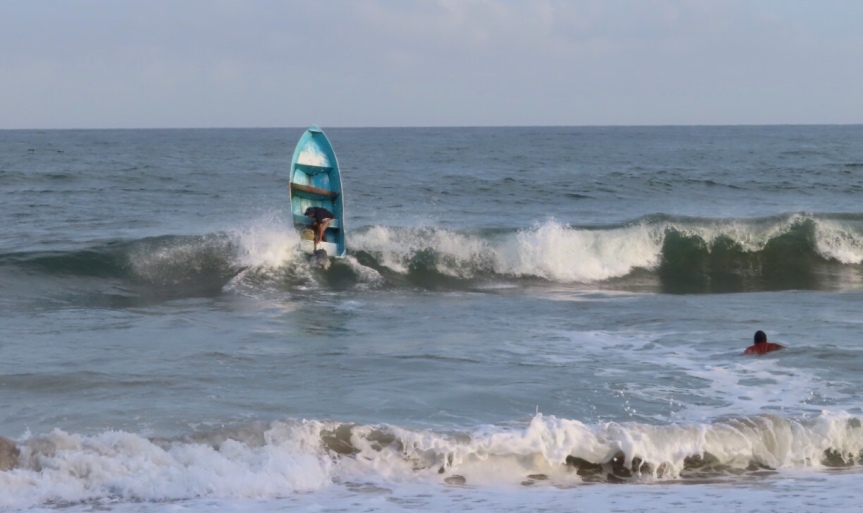 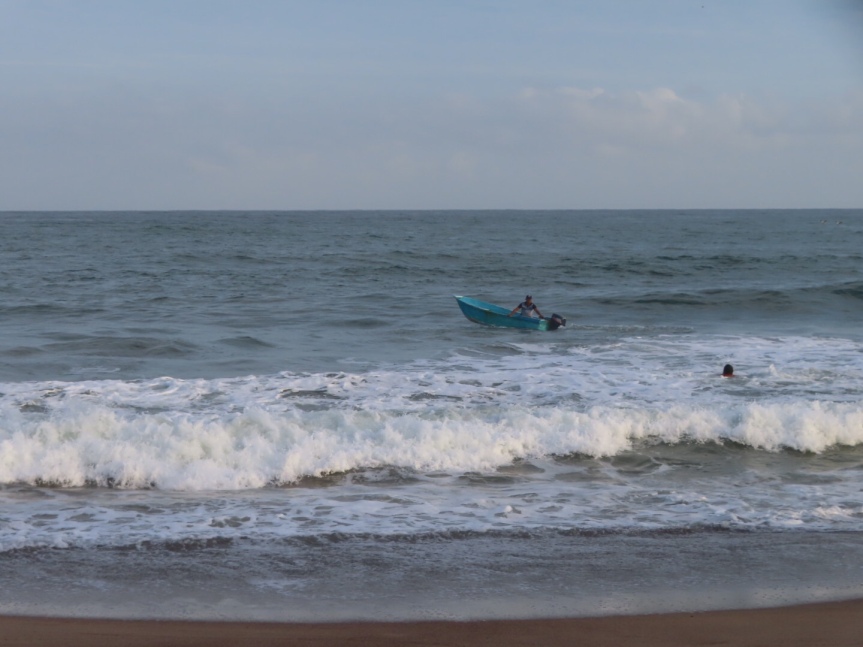 Safe, now you swim on out 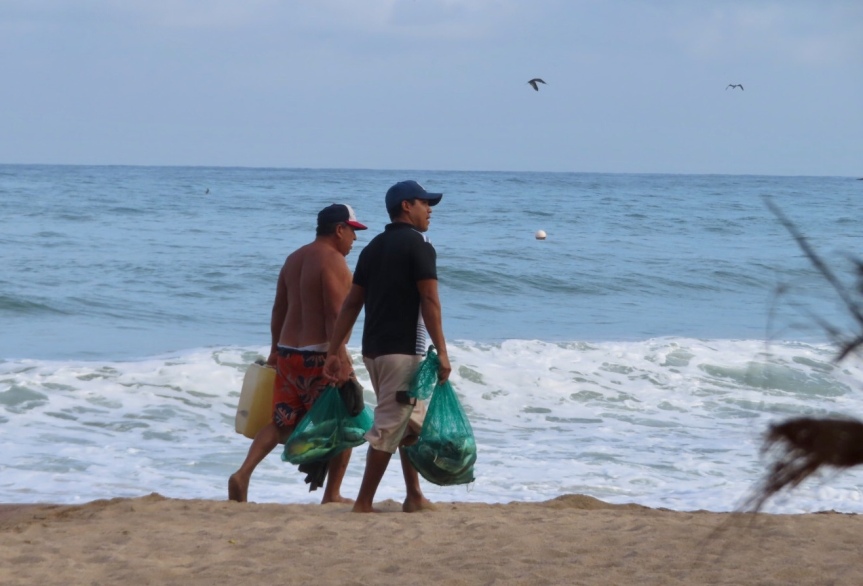 Hours Later, the rewards for their labor – bags o’ fish

Birds were diving hard at the schools of baitfish going up and down the shore so I grabbed my fishing pole and cast around for a while. It was too hard to get the lure out past the surf. I’d wade into shore break but the way the beach drops off, it’s slamming right off the sand. I got knocked around a lot and pretty well soaked with no fish to show for the effort. I idled away the morning chatting with Juan, Lou, Moss and several other of the campers. Miguel even came and sat for a few minutes to talk story with us. I grabbed my body board and went out and chased a few waves clearing out my nose in the process. 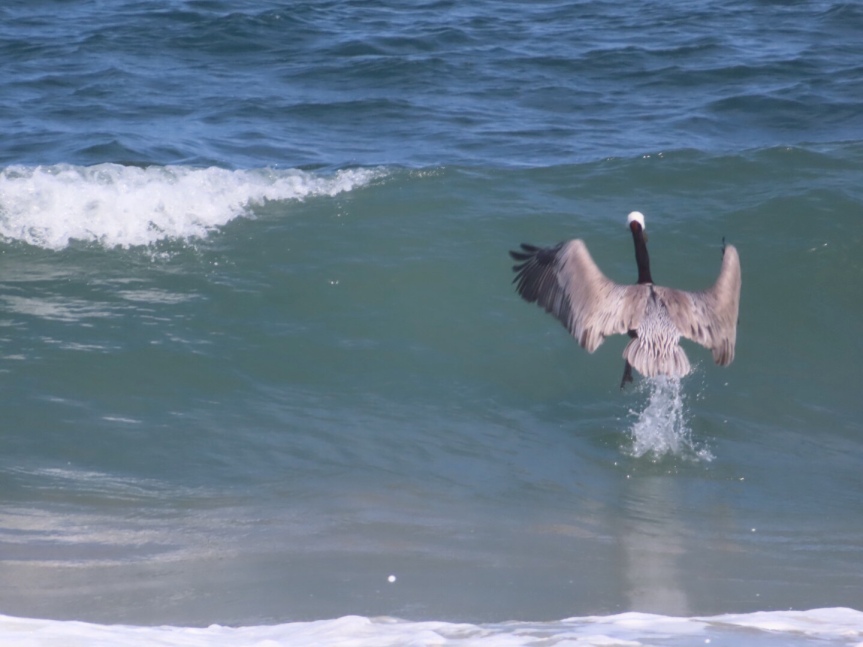 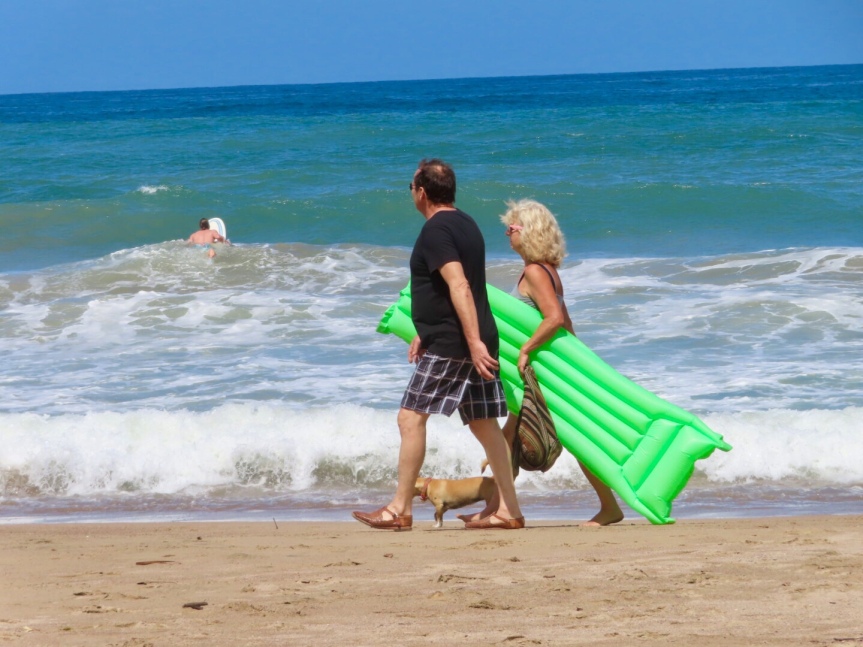 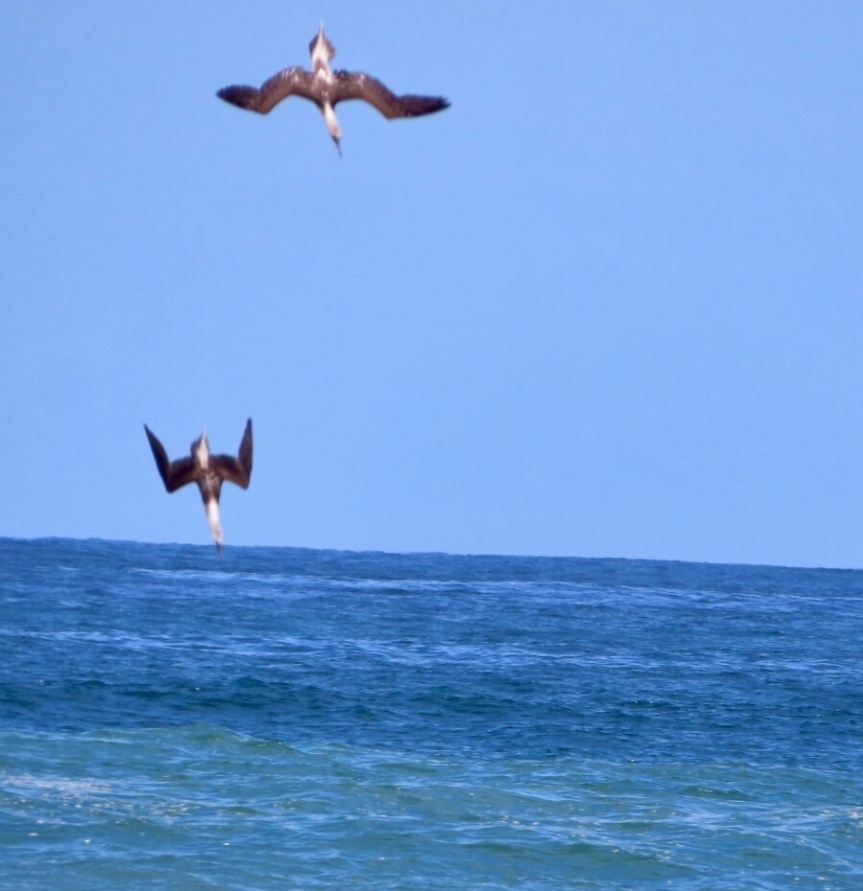 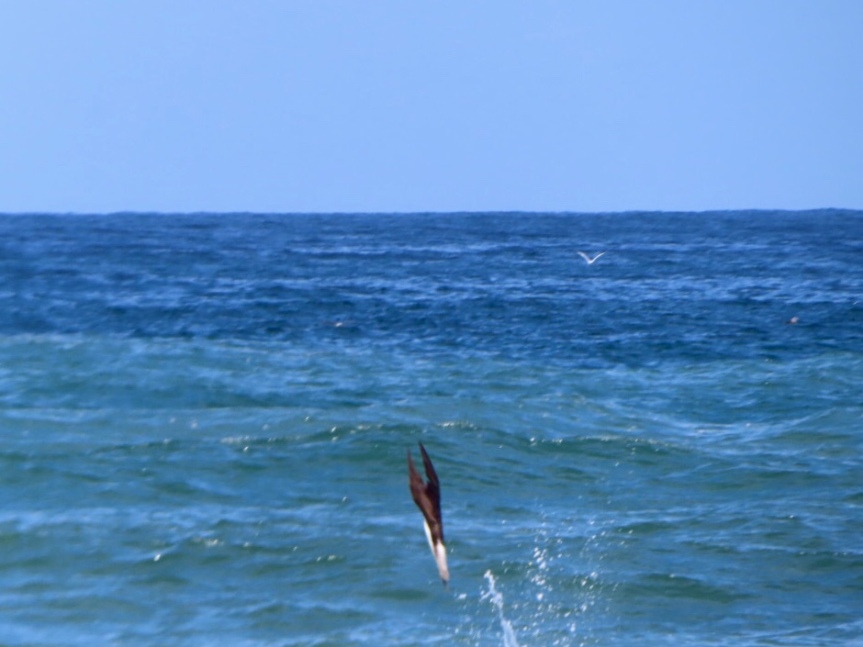 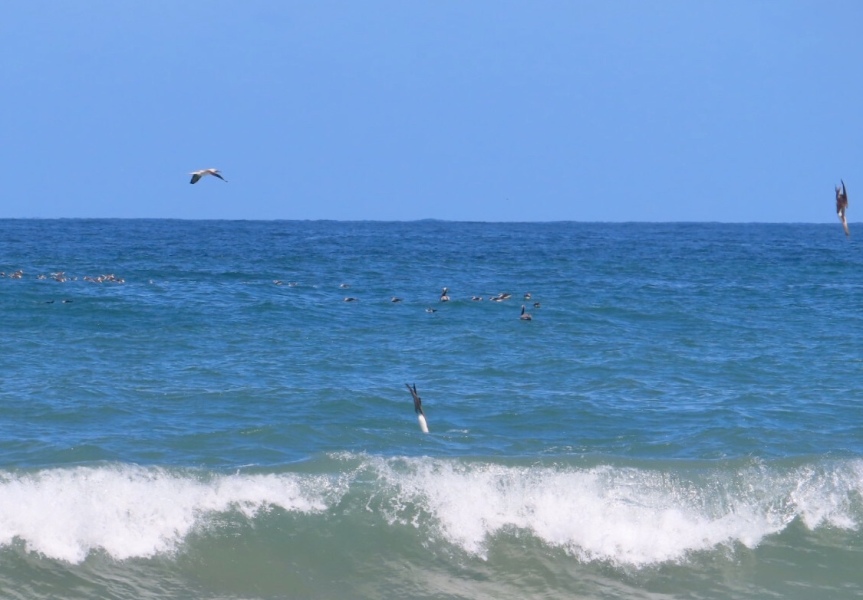 Lots of surfing going on. The local kids all came out and a passel of gringos on SUPs and surfboards. The waves were bumpy and fat but some definite size today compared to the usual here. A few of the kids even paddled over and charged our little boogie board close outs in front of EPP. I sat for quite a while but was starting to fade. I could only handle so much conversation as the cold was reasserting itself. I slipped back to my patio for some reading in the shade and to let my mind drift. 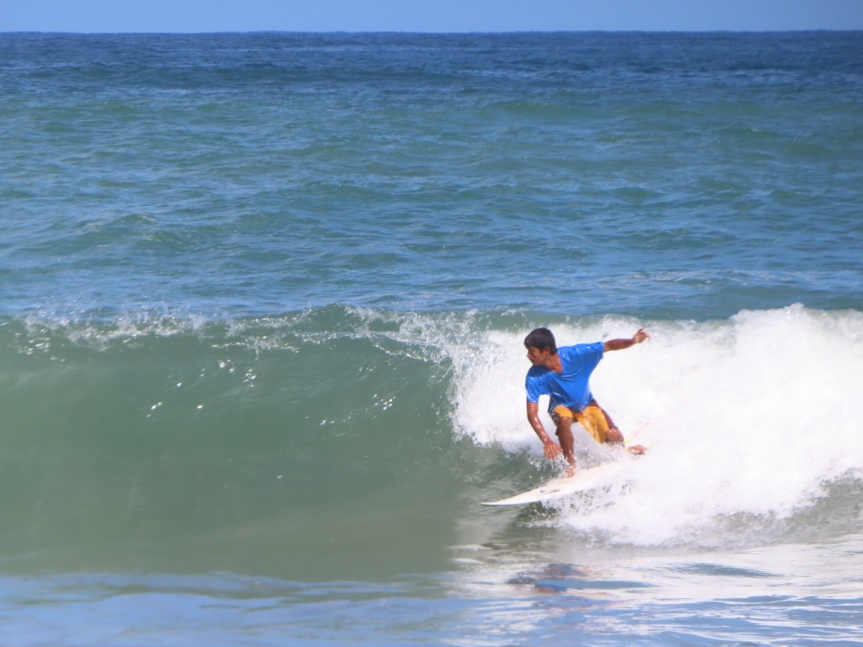 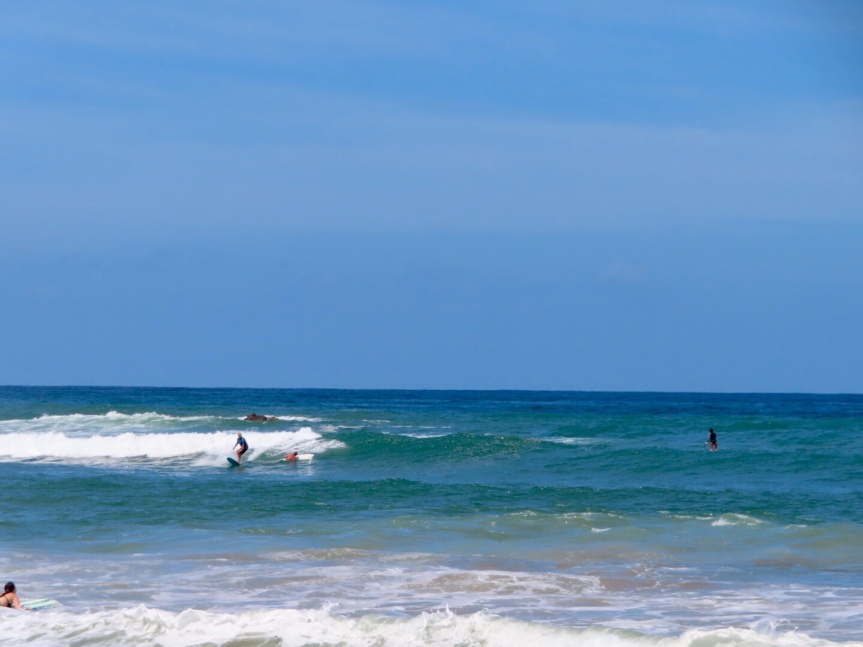 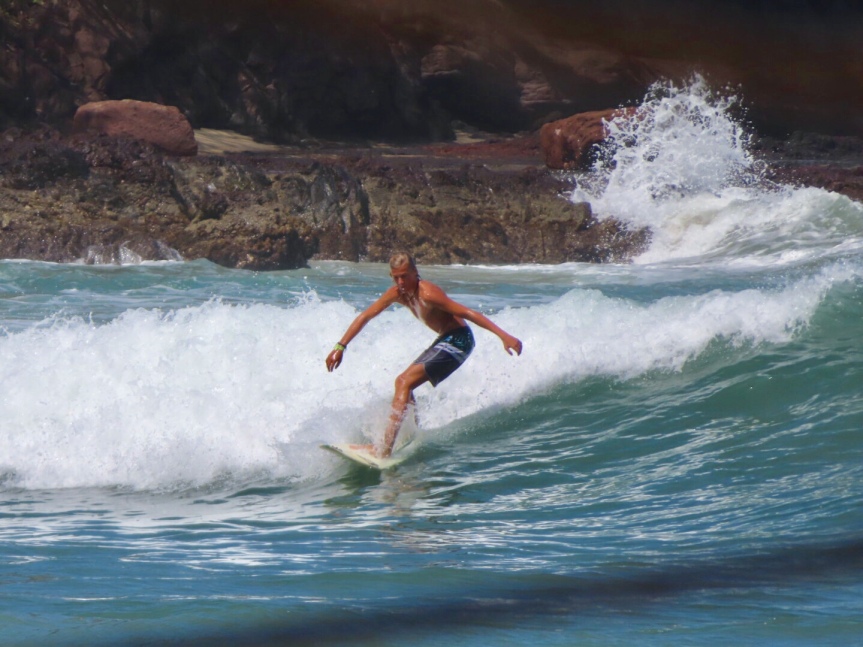 Time to buy some Veggggtabbles! 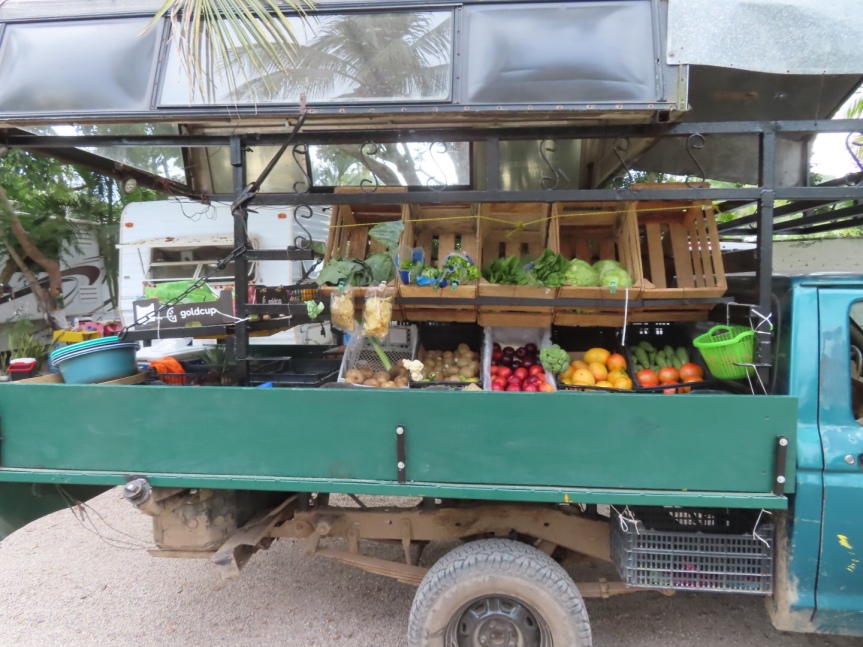 In the late afternoon, I made a run to the store for Cali’s food and a few other necessities. Thought about stopping for tacos but was feeling too tired so it was home for some chorizo and eggs while finishing Cold Mountain. The dog and I took a long twilight walk down the beach to end the day. 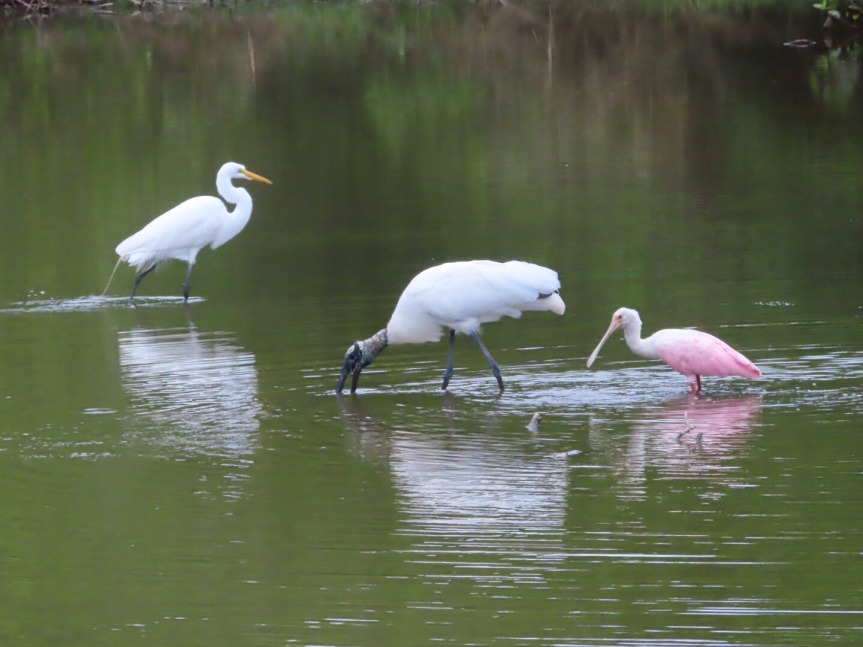 Meanwhile in the bayou on the way to town 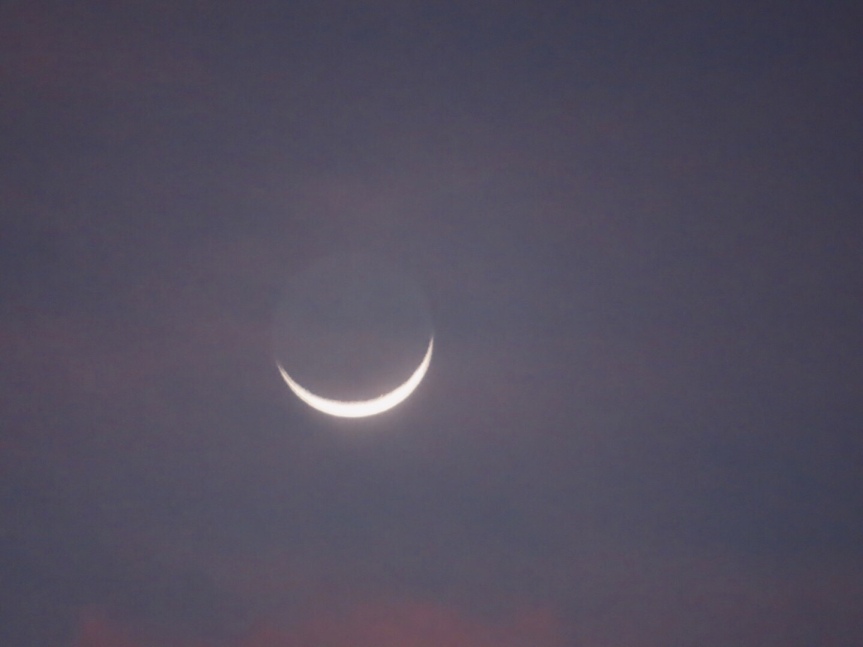 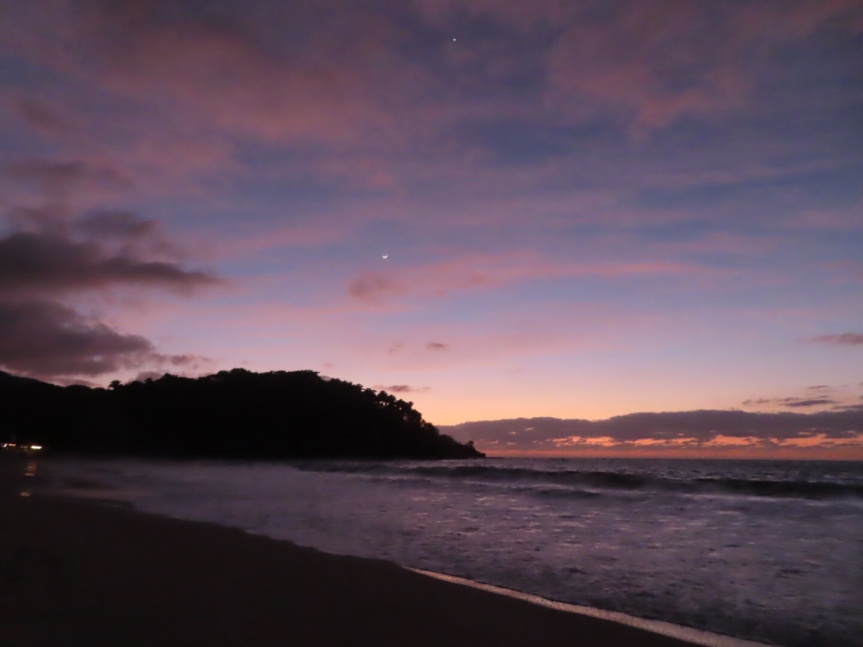