My wife sometimes accuses me of trying to live in the past or regain the glory of my youth, but I don’t really see it that way. Yeah, it has a certain ‘return to the scene of the crime’ kind of feel to it, but it is more a curiosity to see what kind of an evolution the years have brought about to some of the locales that hold a special place in my memory. Ticla has changed some but not really all that much. The road may be paved and the hotel complex at the end adds a different dimension but it’s still a hardscrabble rural town trying to survive day by day. The wave is the same, shifting with the seasons but consistently good.

I ran into a couple of the old players from the early years. Apolinar still runs an enramada in front of the break with a restaurant and camping facilities. Gray haired and swinging in a hammock, he seems to have passed most of the operations on to a younger generation. We talked for a while, remembering when he installed the first gas stove at La Ticla. Until then everyone cooked on comales, u-shaped rings of clay that would balance a pan while sticks provided a burning fire beneath. All the enramadas of the seventies and eighties offered a menu of fish, fish or fish. So some of us got together and convinced Apolnar to make hamburgers. It was a game changer. Pretty soon the others -Roberto, Eleno and Higenio realized everyone was eating at Apolinar’s and adjusted their menus. Pretty soon there was quesadillas, burritos and other options. I found Eleno sitting on the bench in front of the general store. He has turned his beach shack venture over to his son. Both men are in their seventies now and taking life easy. We sat in the shade looking out over the small zocalo and talking. Higenio and Roberto have passed on he told me, years ago.

One of the main changes is the number of local kids surfing now. It’s no longer a few repeat visiting Texans who think their local, their is a contingent of real locals demanding a spot in the line up. That, and with the burgeoning middle class of modern Mexico, there are scores of weekend warriors pulling up in vehicles of all types from as far away as Guadalajara and Morelia. The crowd of visiting gringos is more international. Not so many Texans. Lots of Euros, Brazilians and Canadians. 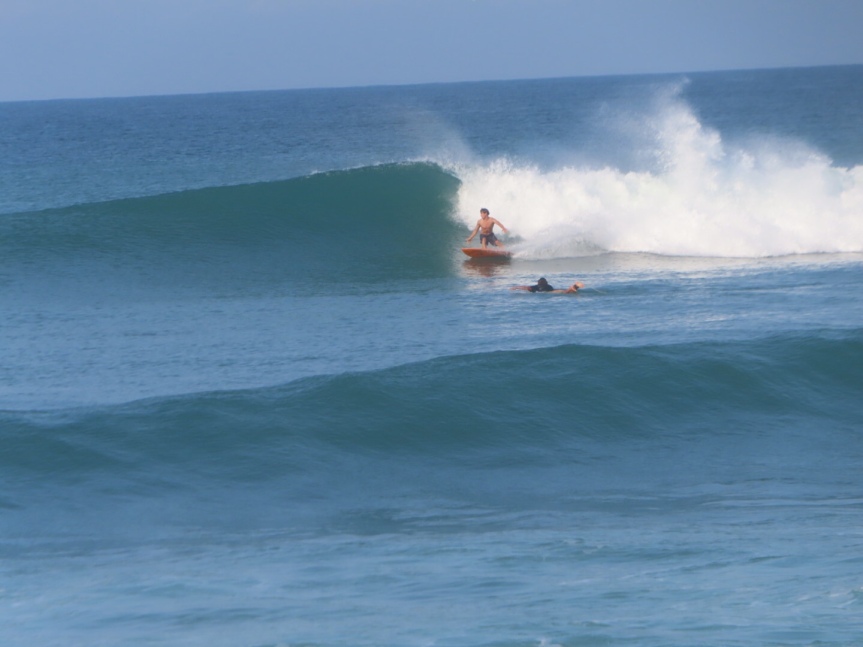 The palapa I was so stoked to have to myself turned out, according to the proprietors, to be for three camp sites and I was joined by a young guy from Guadalajara and his family. So things got a little cozier at the camp. Rolf manufactures and sells bikinis. This was the long weekend celebrating the birth of Benito Juarez so he loaded his wife, her friend and three little girls into the car and headed for the beach to get a few waves.

In the next palapa over, a really interesting couple from Canada had been hanging in Mexico for the winter. Jeremy is a skilled spear fisherman and waterman so their refrigerator had a good stock of fresh fish. I offered to contribute the vegetables and make a ceviche so we spent an evening chowing ceviche, guacamole and sides at their makeshift compound. Awesome people with a unique life style. He and Dina (hoping on the spelling) are advocates of plant medicines and do retreats and consultations back home in British Columbia. Enjoyed the company. Best of luck with things back home. 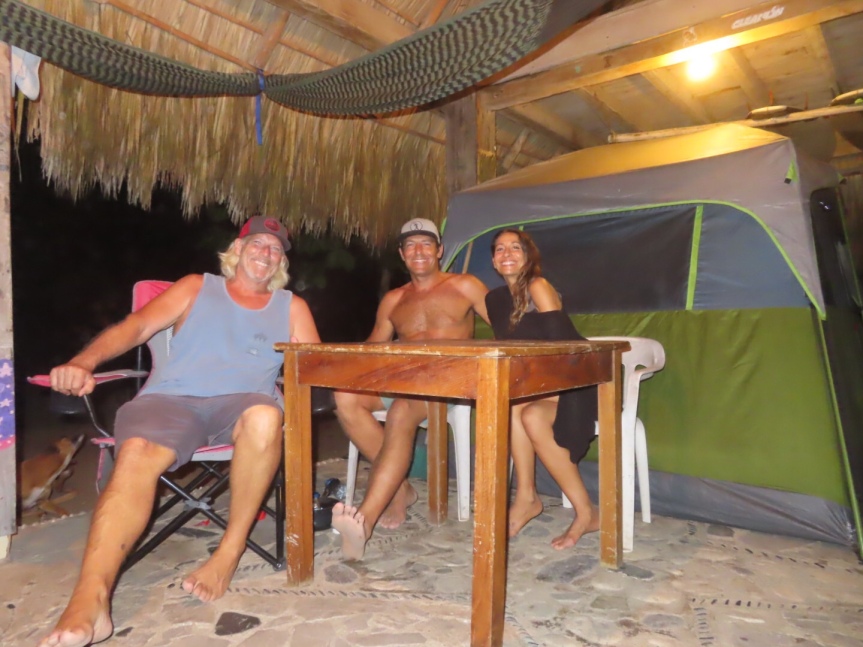 I could have stayed longer but I want to have plenty of time to scout out a good location for when PJ flies in come April. If that happens. It looks like the Coronavirus thing might have other ideas. So, for now, it’s take things a day at a time and see what comes next. 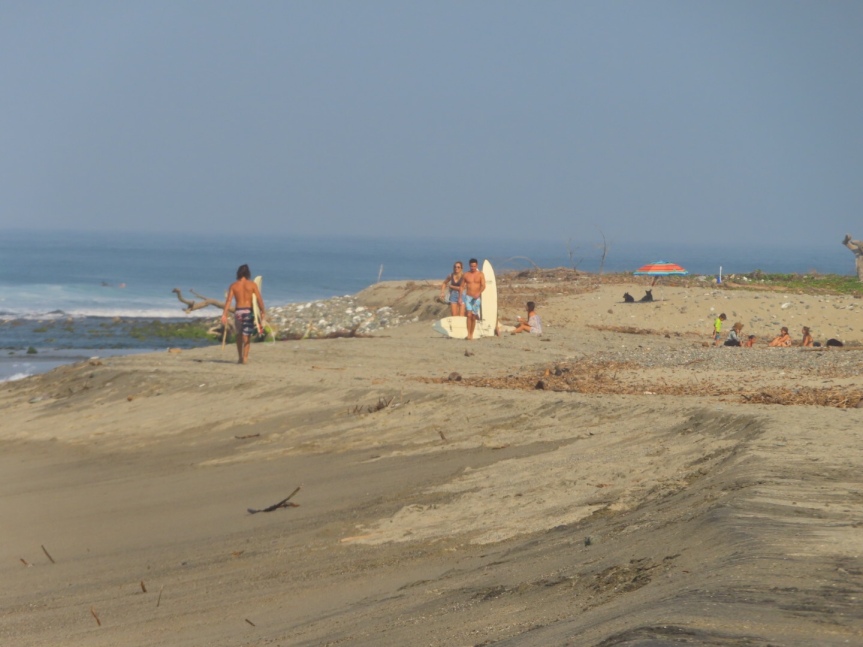