We put Hotel Pie de la Sierra in the rear view mirror at around 8:30 in the morning. The city traffic wasn’t bad being that it was Sunday morning. I climbed back up into the cerros where the pines covered the hillsides. I took the road that bypasses the large metropolis of Morelia and goes across the lake at Cuitzeo past Salamanca and Celaya then up to the mile high city of San Miguel de Allende.

Once things were in order in the small RV area behind the Hotel San Ramon, I called up an Uber and got a ride into town. Cali stayed behind to hang with her new pals Bonbon and Clari. Manuel took me up to the overlook above the city and I admired the colorful view. I worked a deal with him to drive to another viewpoint then drop me down in the town center by the Parroquia San Miguel, the large gothic cathedral. 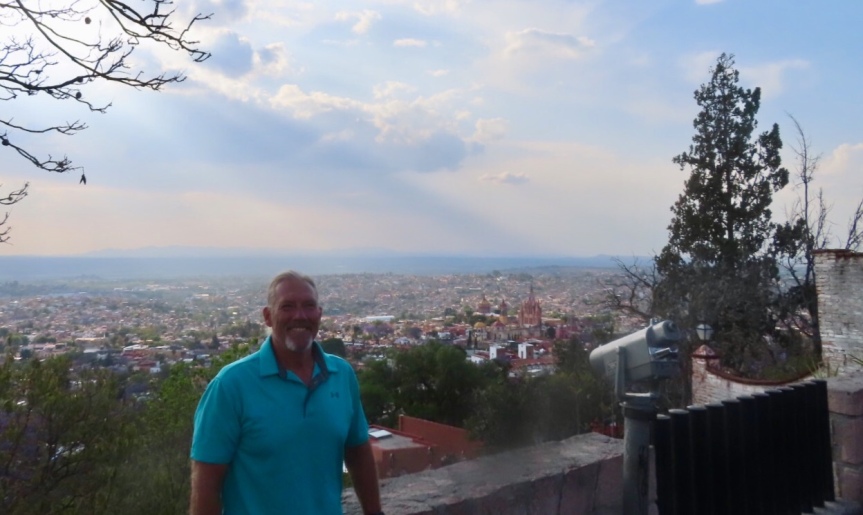 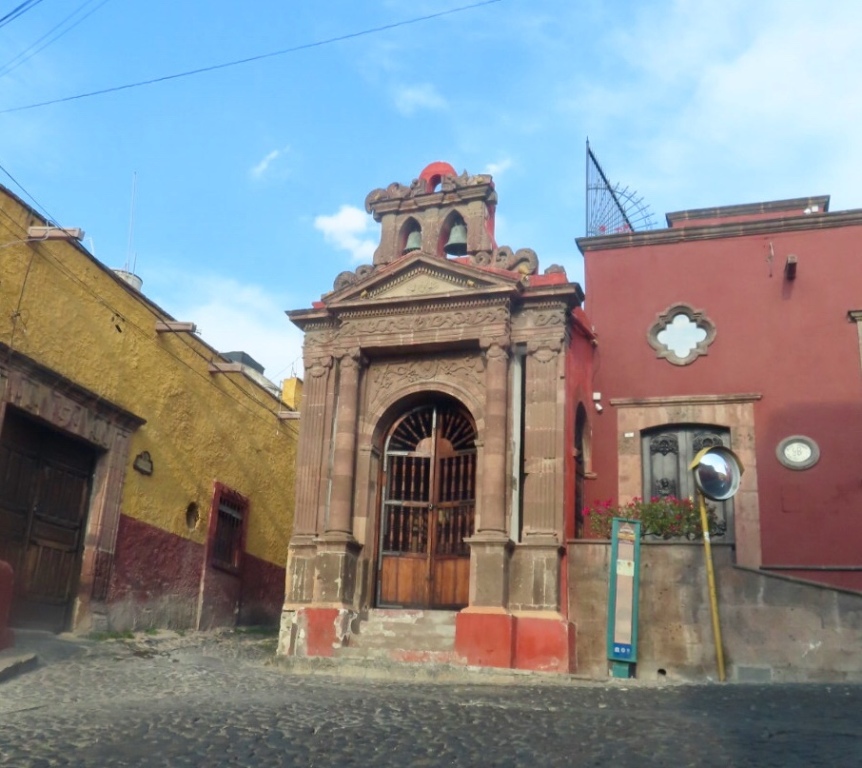 I wandered in the gardens and found a bench with a view of the basilica. San Miguel is a churchy city with a number of old stone cathedrals within a small area in the center of town. When the hour hits, one of the big basilica’s younger cousins starts just a bit too early so you hear the bells begin to sound off in the distance, then closer and closer at other parishes until they are ringing from the belfry of the cathedral right in front of you. When all of the different churches get going, it is quite the cacophony. 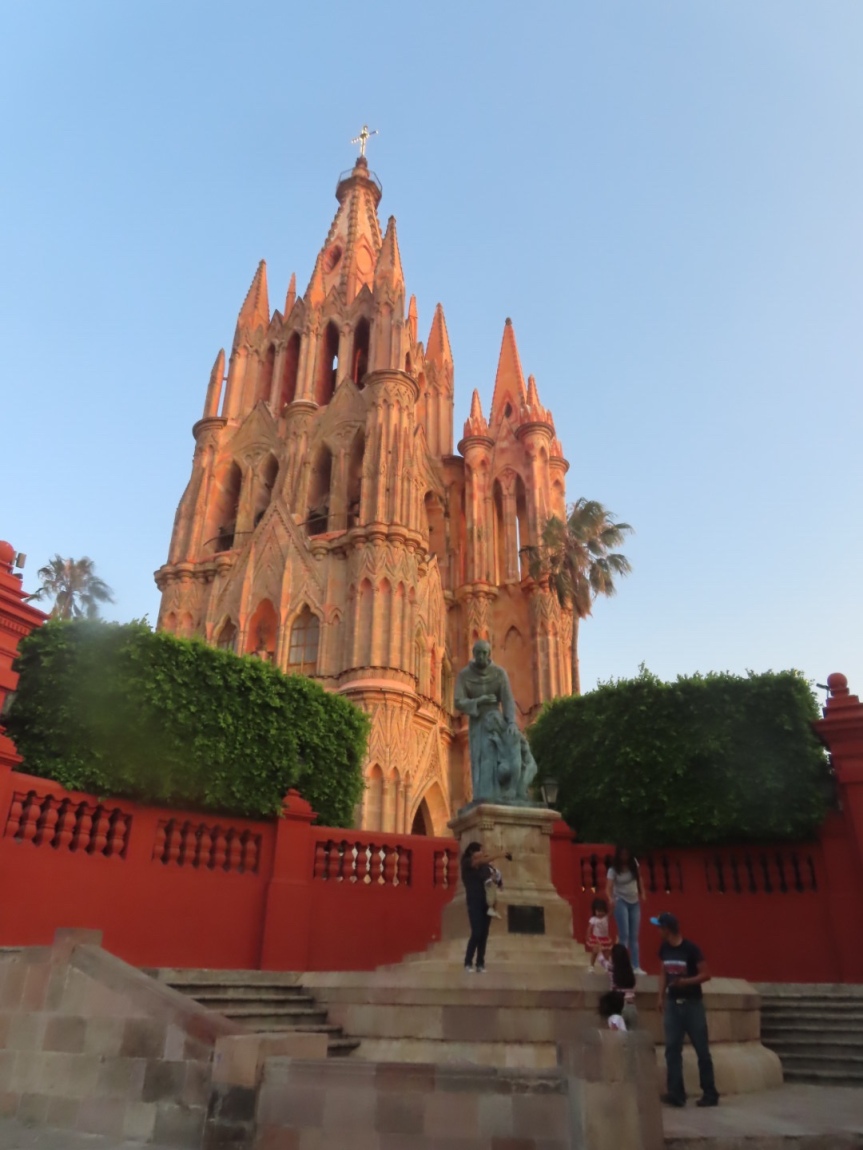 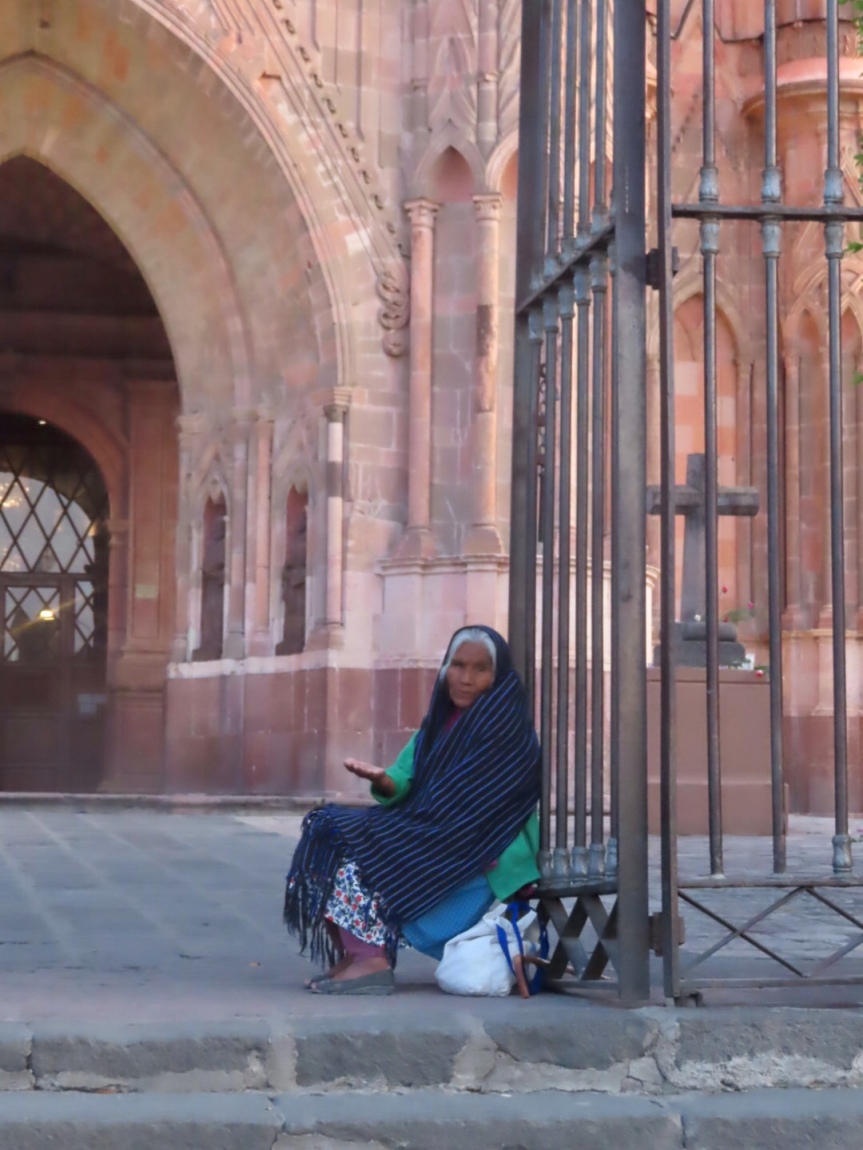 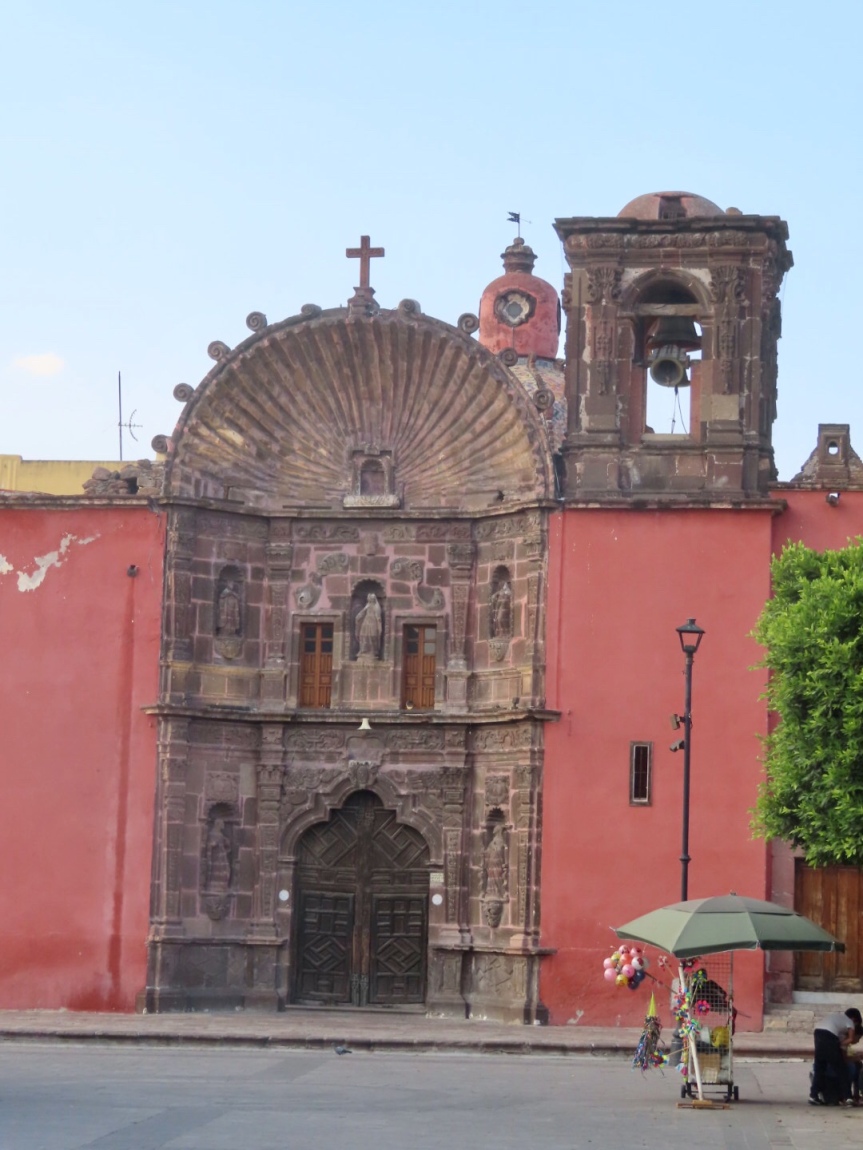 I perused some of the city shops. A lot of the restaurants and businesses are shuttered due to the Coronavirus outbreak. Lots of people are wearing masks. My Uber drivers were telling me that business is way down. The only thing saving them is the number of people taking advantage of Uber Eats where they can make some pesos delivering take out to those not wanting to hit the bricks. 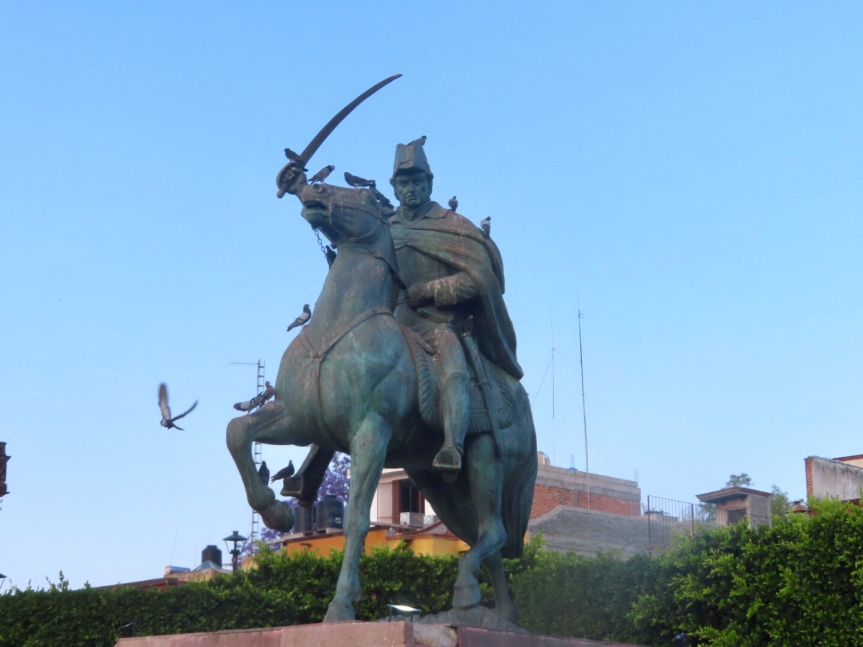 I walked up and down streets digging the mellow ambiance of the city. I can only imagine how colorful and lively it is when everything is fully functioning. Buskers were playing music. From full on Mariachi bands to the folksy hip chick on the walking street. Much of the downtown is closed to traffic and set for foot travel only. 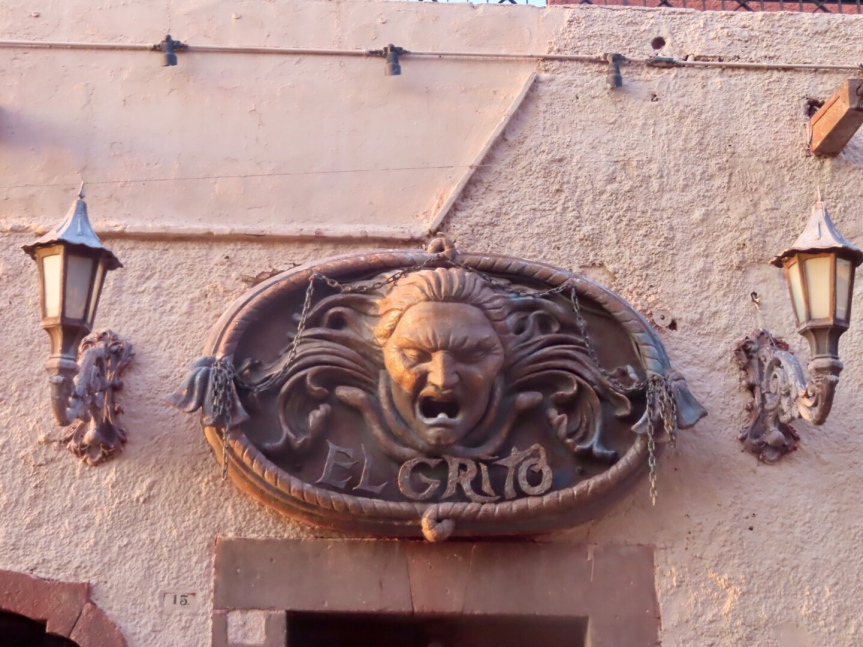 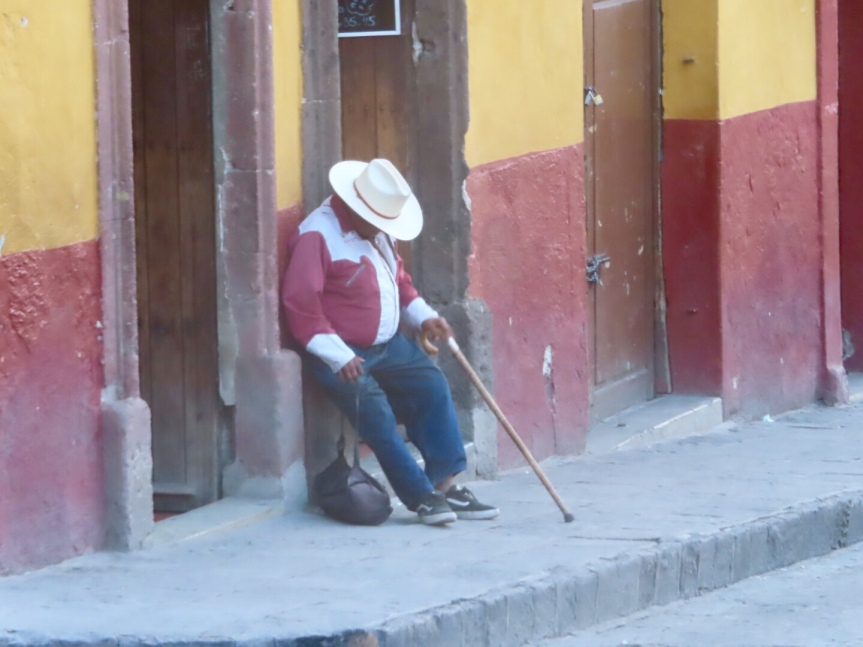 Over on the upper side, the artisan market was closed down. I’d walked over hoping to find some something artsy to put in the RV. There are still a lot of people out and about and everyone seems to be doing a pretty good job of keeping their distance. The sun began to go down over towards the presa. I watched until it disappeared then called an Uber home. 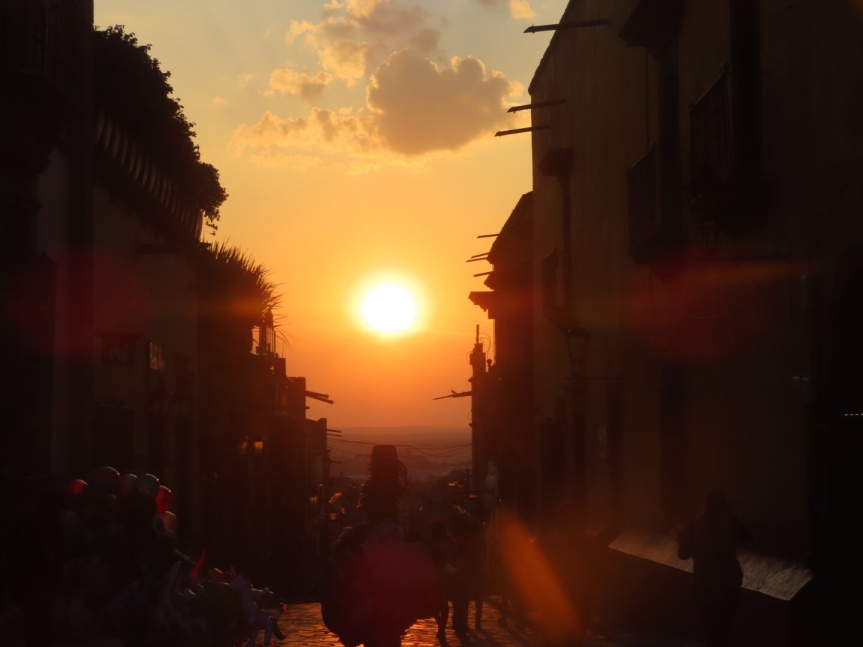