The morning sky was gray and overcast. I decided to get in a paddle to start off the day. Things were okay within the channel going out to the lake but when I reached the lake itself the wind was already blowing strong. Paddling towards the bridge was bumpy and hard going, so I switched gears half way out and did a circle back into the channel on the eastern side. A short excursion but a good way to begin another day in the Magnolia State. 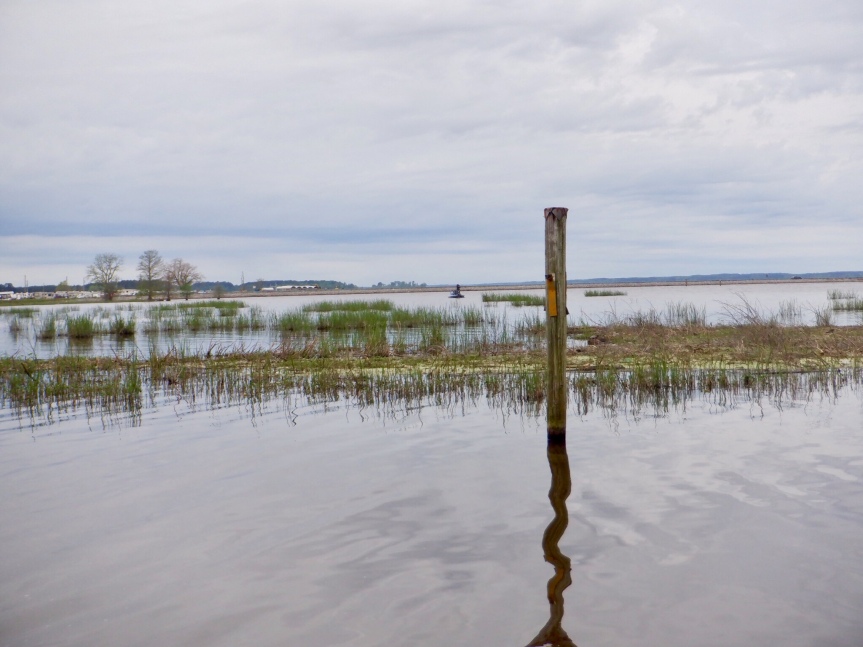 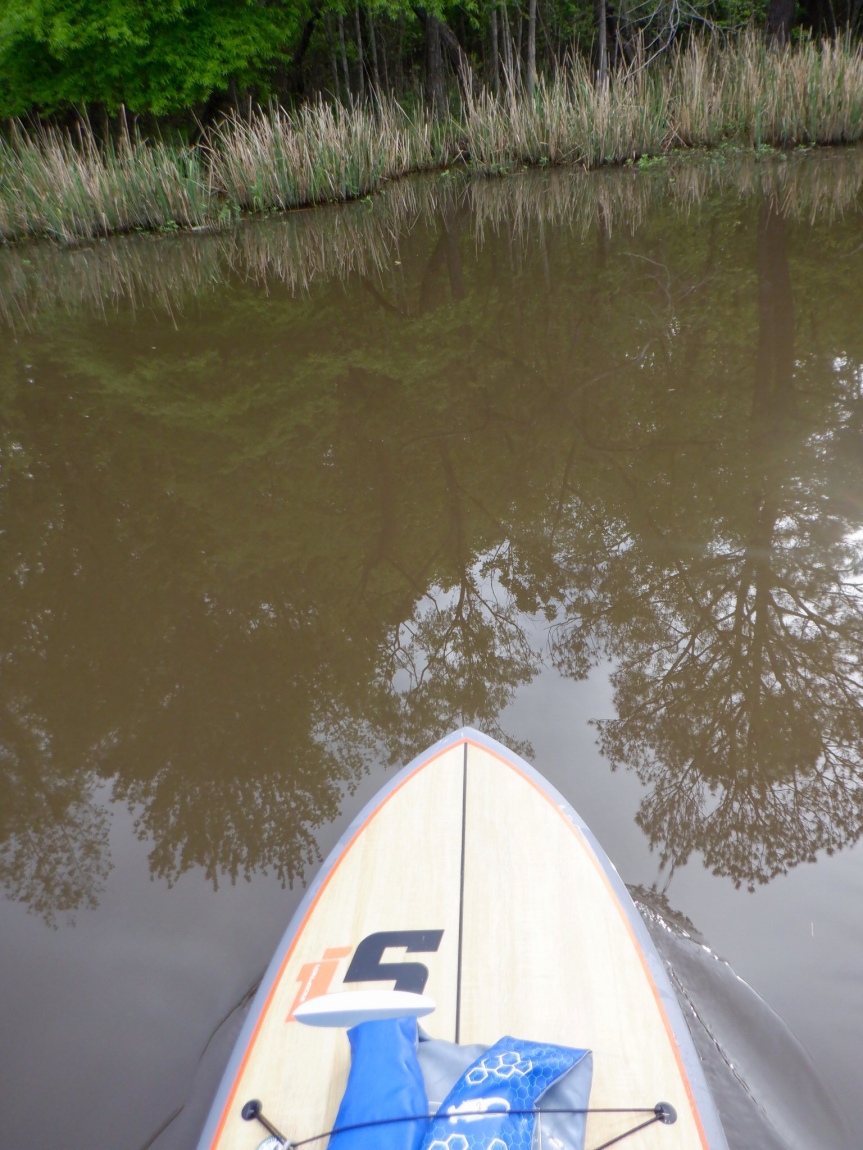 Rolling down the Natchez Trace by eleven, verdant forest punctuated by open expanses of green meadows dotted with wildflowers flowed past my windscreen like an iMax production. We stopped often and discovered some of the history of this region of the south. Cali got in lots of wandering in the mostly empty parking areas with their historical markers. 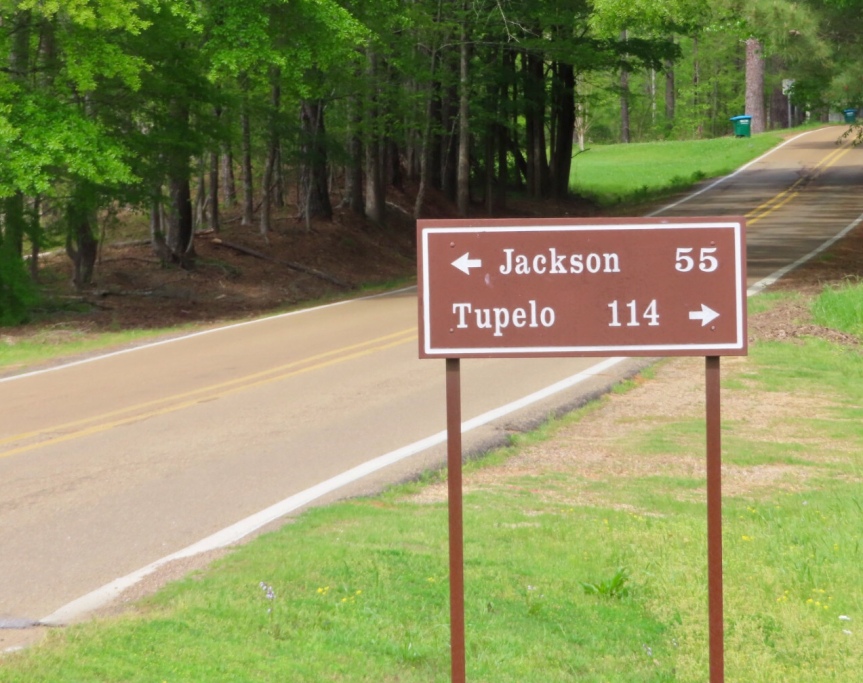 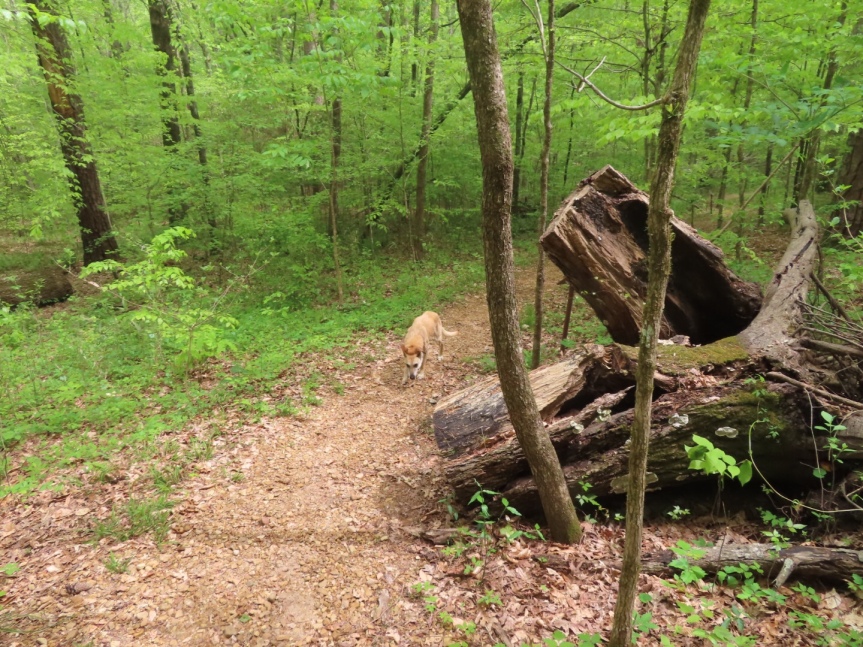 As the day wore on, an overwhelming tiredness came over me and rather than push on, I pulled into a quiet pull out and took a short nap. The same old story, if the GPS says three and a half hours it usually takes me five. Today, I didn’t get to Tombigbee State Park until close to five o’clock. I managed to snag the last open campsite in the park. 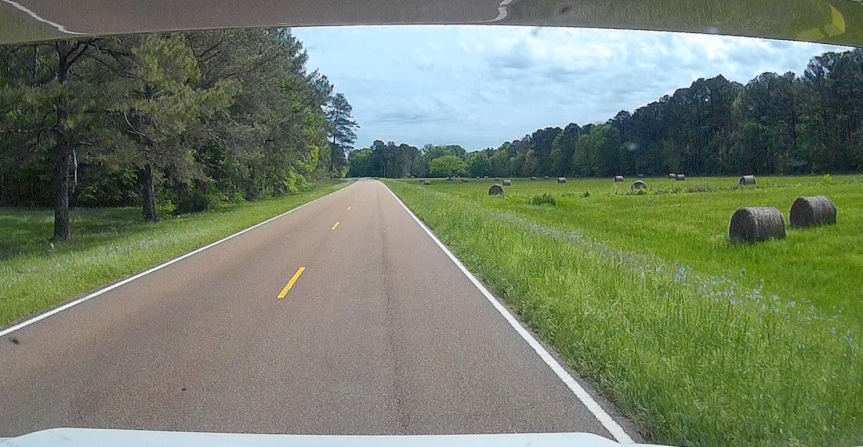 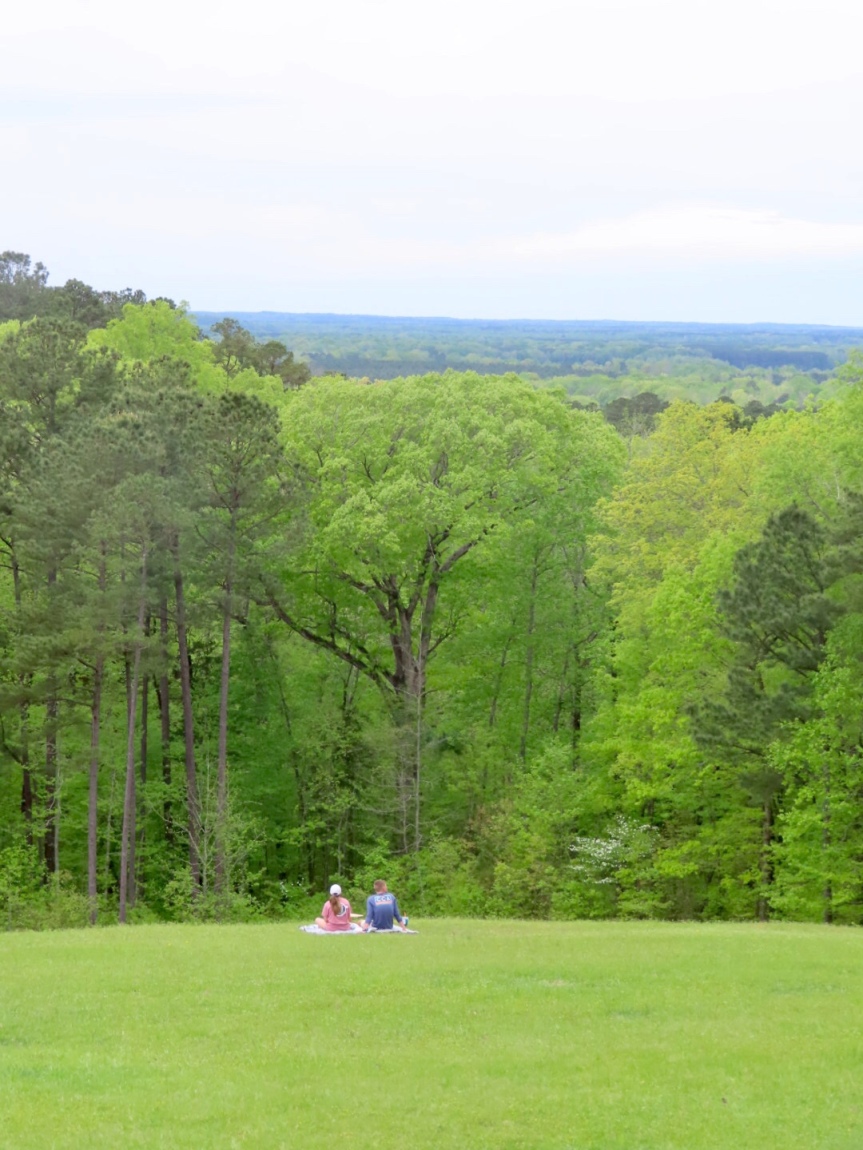 I set up then took Cali for an exploratory reconnaissance of the park. Even though there are hundreds of acres of open grassland, she always has the notion that walking into someone else’s campsite is a better option. I herded her over near the frisbee golf area but she went full mule mode and dug in her heels. I ended up carrying her back to camp. A frisbee golfer commented on us and I told him she was just old. He replied on what a great dog dad I was, little does he know 😉

We were able to find a local station on the antennae and watch the news. Thunderstorms tonight but the chance of tornadoes was estimated to be low. I munched some tasty chicken and dumplings that Sharissa packed up for me ( thanks again) and wrestled with the internet for a while before calling it an early night. 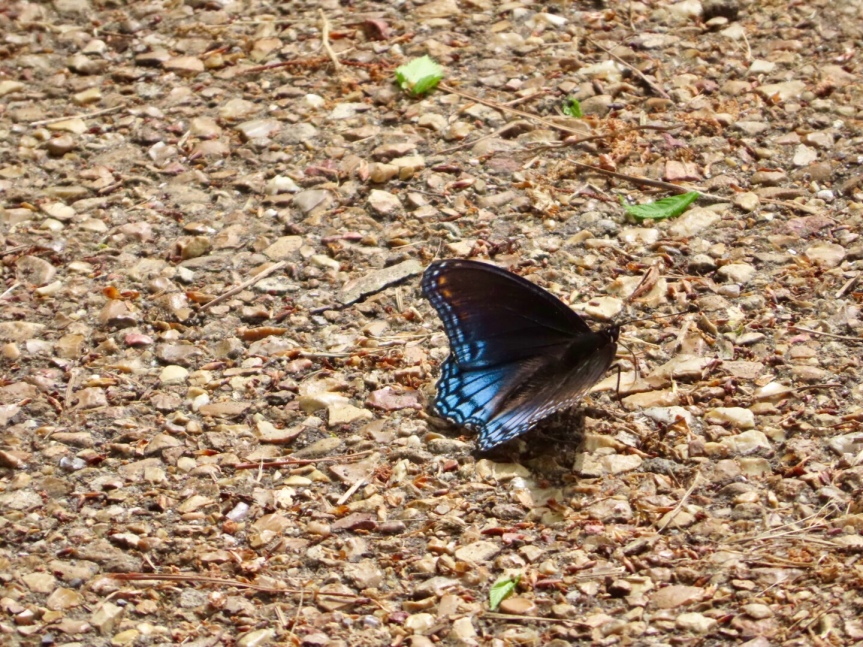 2 thoughts on “The Magnolia State”