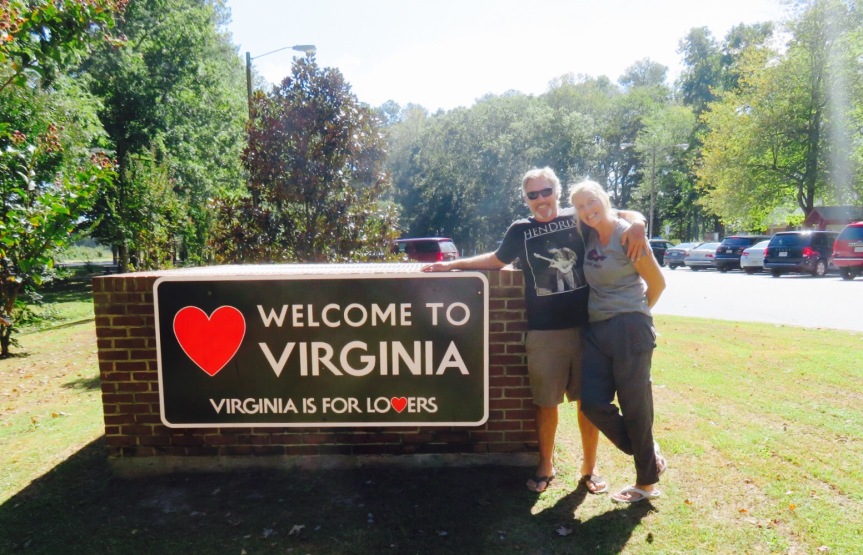 Started out with a final morning stroll down the empty Maryland beach. The wind was light and the waves were glassy. Let the dogs run free and Koda was getting brave wading into the churning surf. 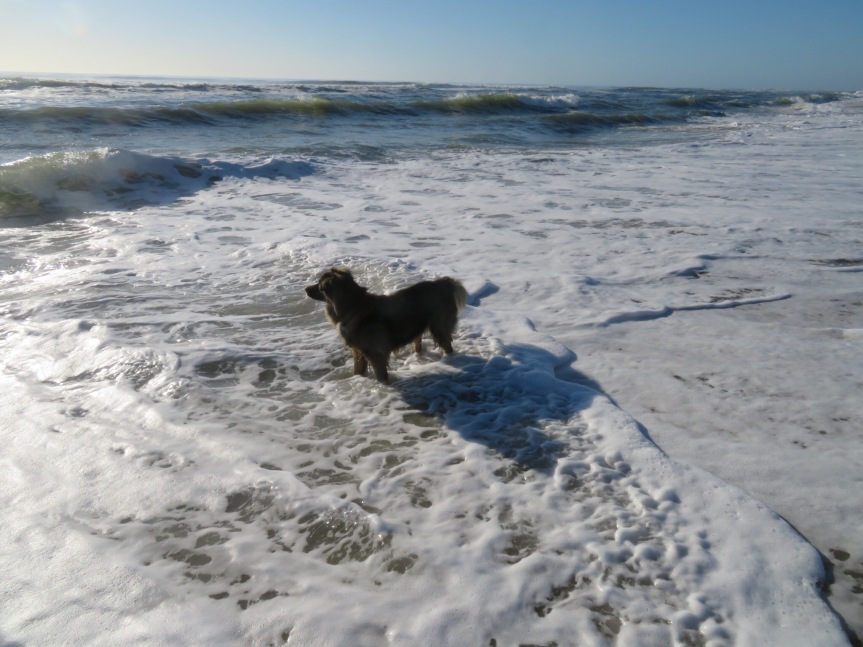 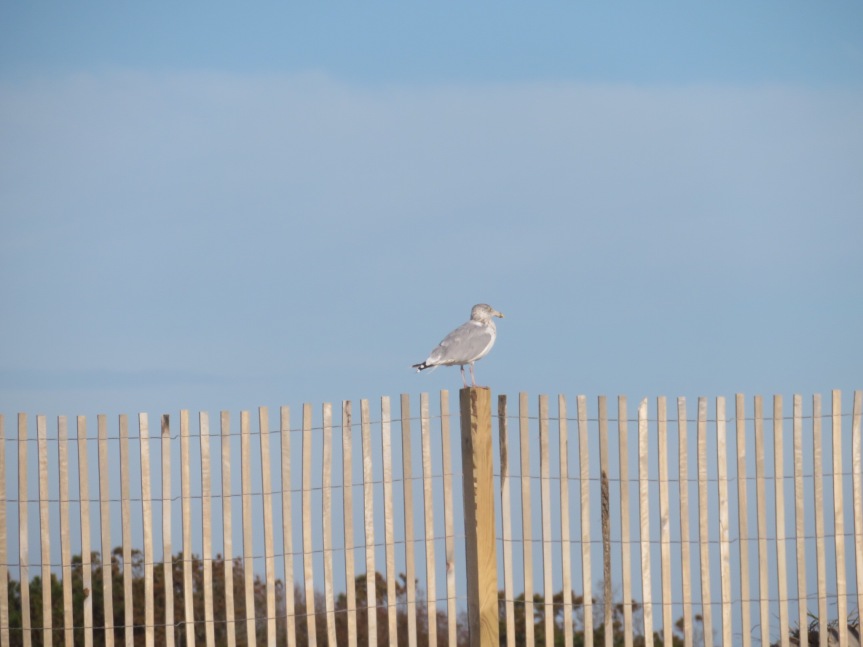 Packed things up and headed out past the inlet. At the entrance to the causeway, we spotted another herd of ponies off loitering in the wetlands. 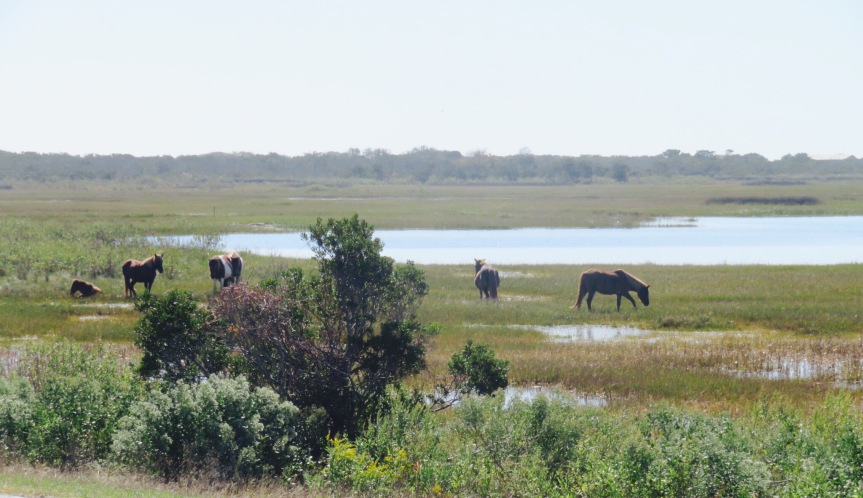 Drove south on the Ocean Road and we soon found ourselves in Virginia. Crossing the border there was a big sign declaring that “the south starts here”. Every other business along the highway seemed to be a cigarette outlet, big tobacco rules. Big tobacco and factory farming, there were a number of large operations raising chickens for Tyson, Royal Farms and other big producers. They had armed guards at the gates to keep radicals Iike Pea from sneaking in and freeing the birds.

We stopped in at a Verizon store to get PJ’s data situation figured out. Seems like it is getting used up at a ridiculously fast rate and then more is charged to the account without permission. We increased the gigabytes and the clerk showed PJ how to set the account to ‘safe’ mode to not automatically charge for extra Gs, just drop service down to 2G. After that a quick stop at Food Lion and we were full throttle for Cape Charles (full throttle means I got up to 53 mph).

Eventually, we pulled into Kiptopeke State Park and got a cool shady campsite just a few yards away from Chesapeake Bay. The sun was blazing and we were a bit road weary, so we felt the best remedy would be a refreshing plunge into the Bay. To get past the dunes, we had to cross over on a cool wooden walkway that deposited us on the warm sand exiting to the water between the dune grass. 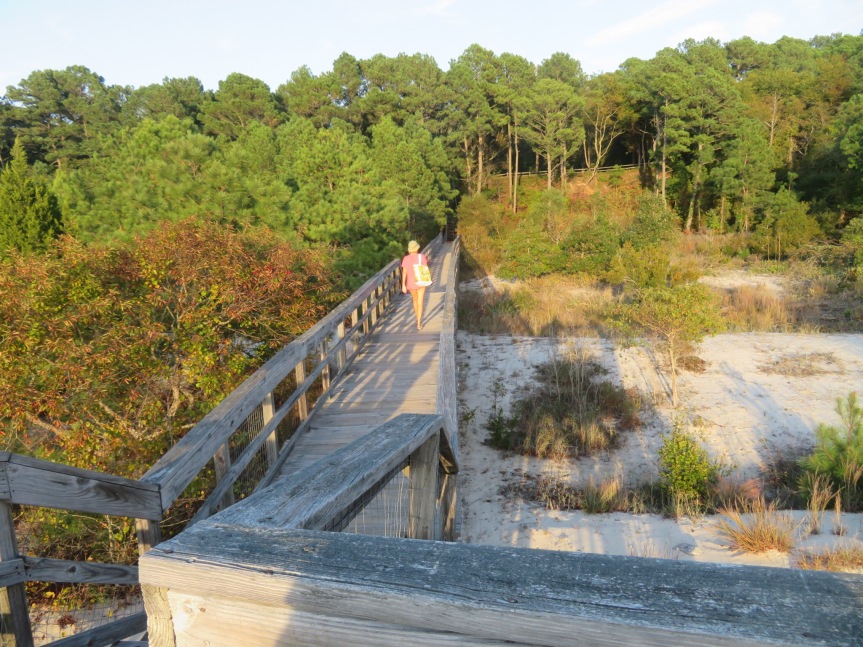 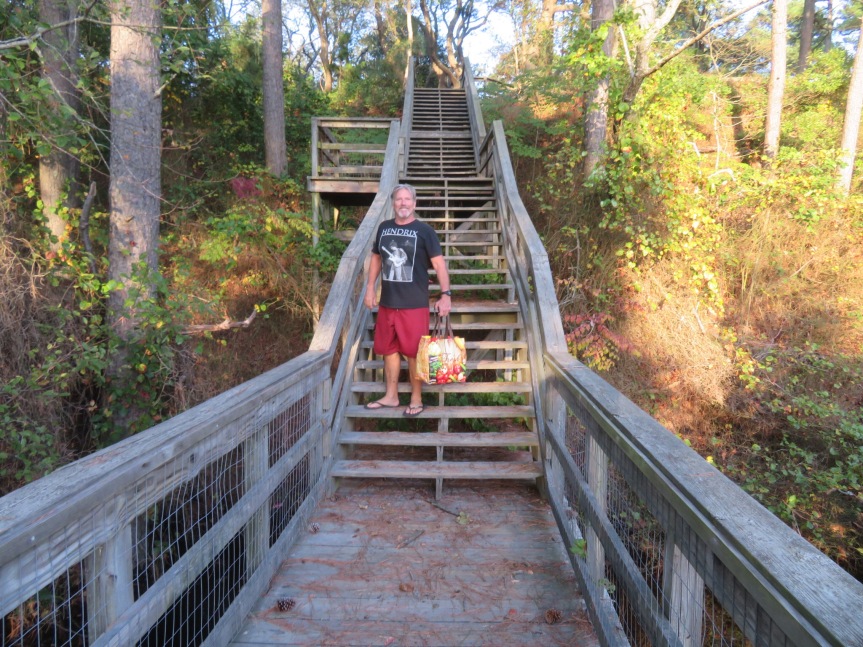 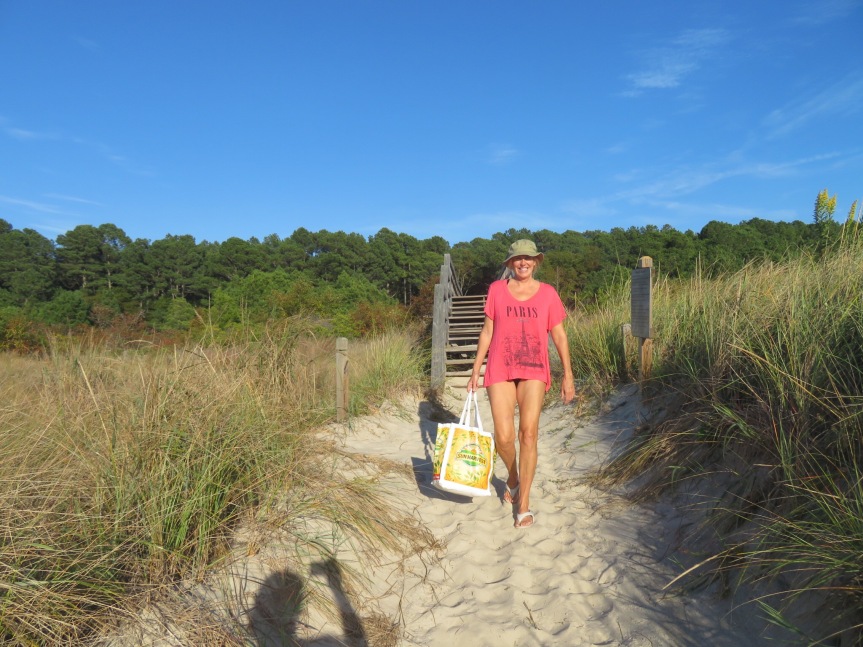 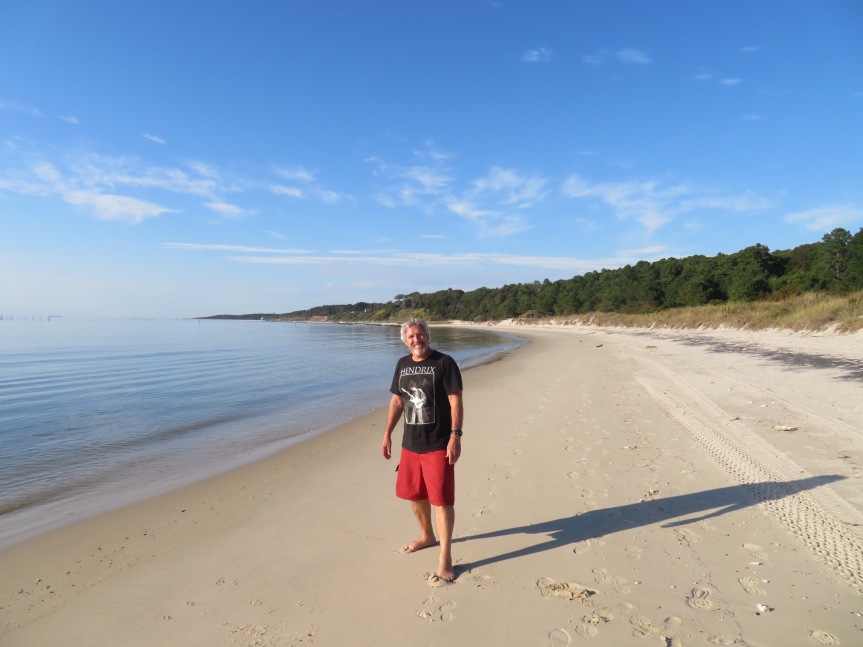 The swimming area was protected by a row of old WW II cement bottomed boats that were sunk in a long row creating a breakwater for our little cove. The water stayed shallow for quite a ways out then we were able to swim in the brisk calm water of the bay. 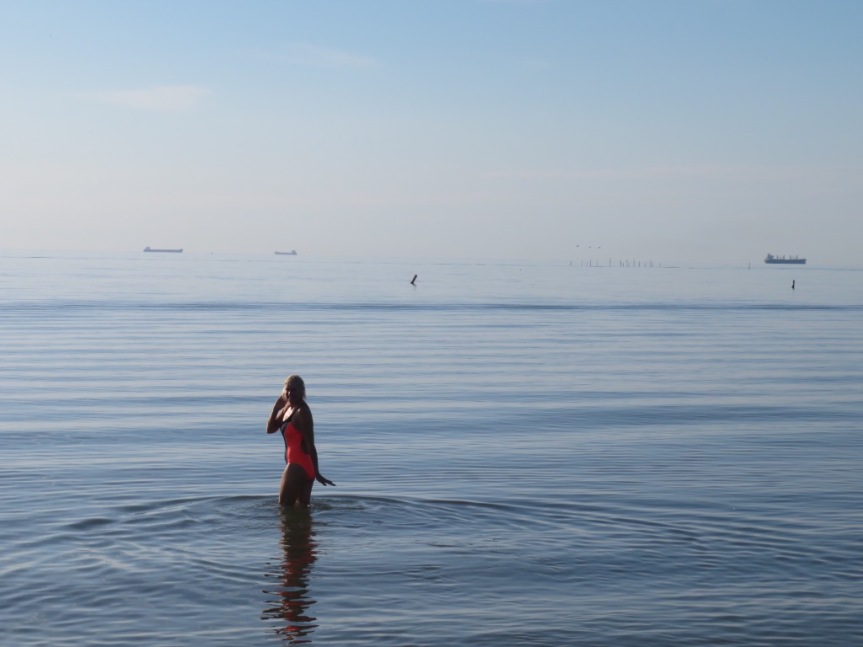 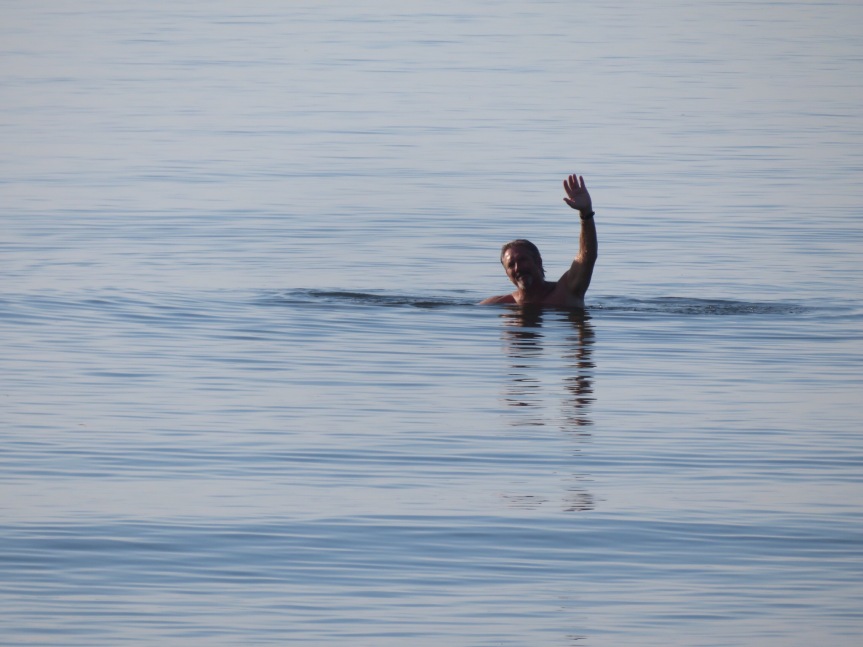 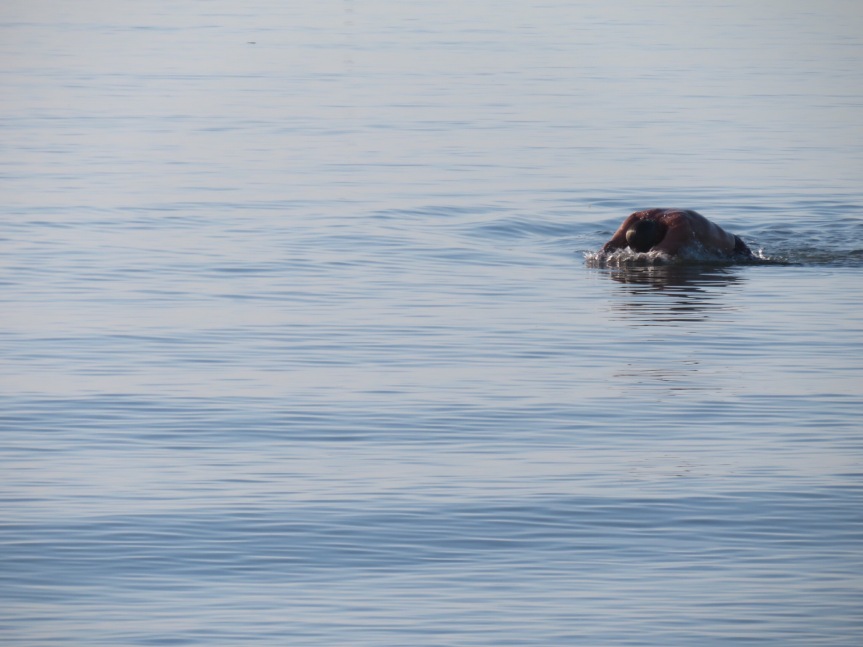 It was still warm enough to lay on our towels afterwards and we rested in the afternoon sun’s rays until it started to cool, then went back to check on the pups. The park is lightly populated and we have a lot of space with green grass and a couple of shade trees for our table. Walked the dogs, made another fruit and cheese platter with a baguette and retired to the comfort of the RV. 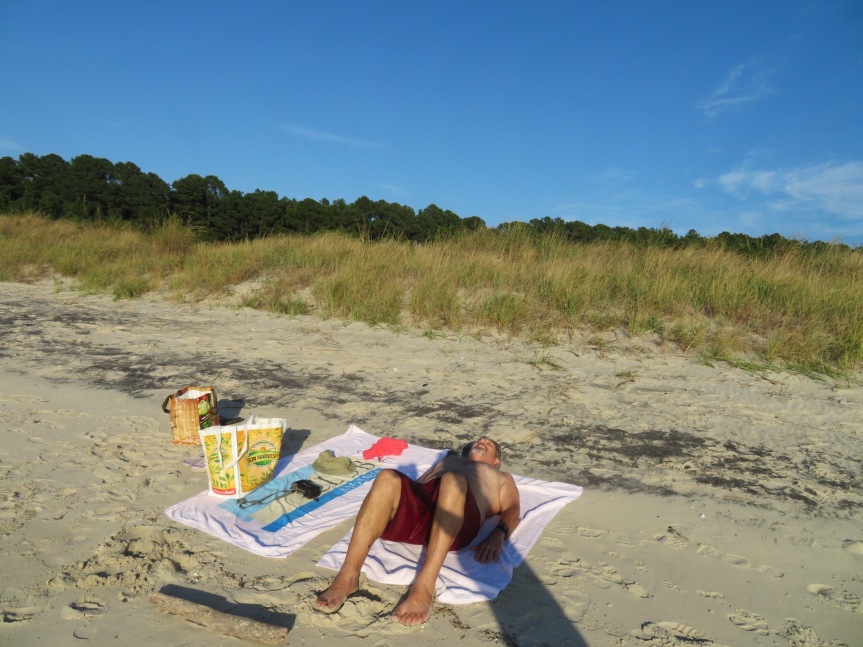 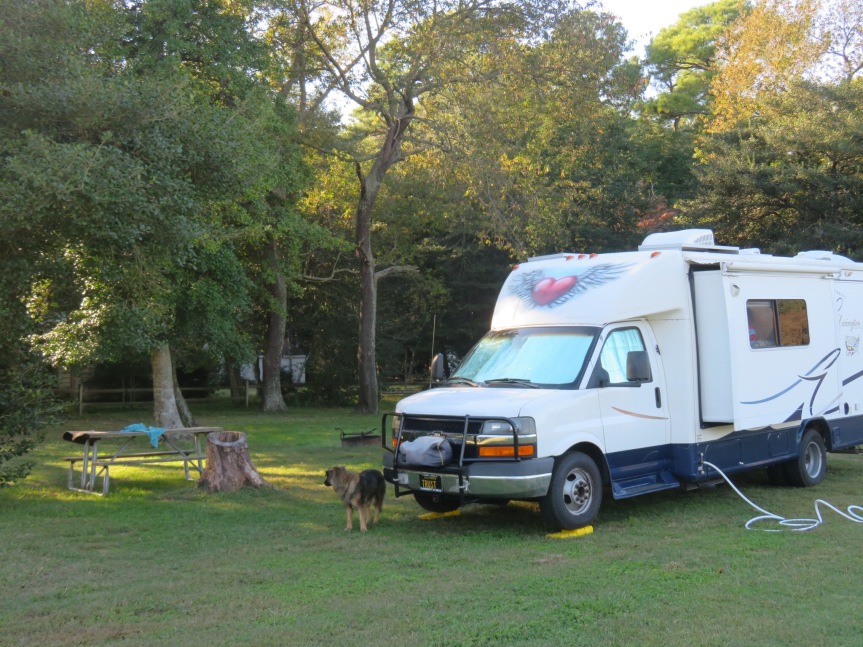