Wandered around the grounds this morning, walking the dogs and checking out the large influx of new arrivals. Chef Oscar was busy with preparations for the big New Years blow out. Eduardo came by and apologized for the maids being behind schedule and asked if I was o.k. with them coming later in the day. I told him I was o.k. with them not coming at all. 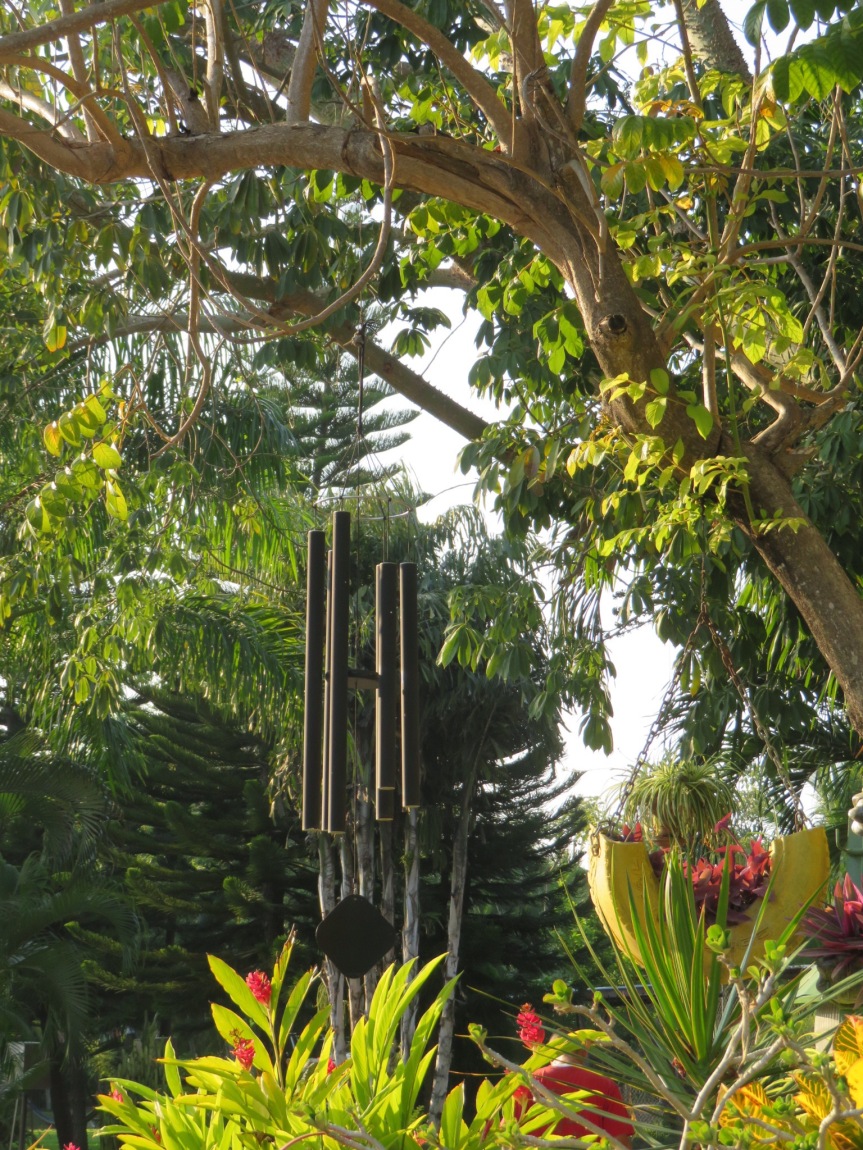 The nice purple hammocks over by the water tank were calling my name. I had selected an easy reading novel from the large library over in the laundry room and hung outside getting into the detective story. U is for Undertow is the book, one in a series of female detective stories starting with A is for Alibi. I had read several back in 2003 while lounging on the beach at Nine Palms at the tip of Baja. Nice mindless reading. I would grab them at the book exchange at Martin Verdugo’s in Los Barriles when I’d go for the occasional break from primitive camping and grab a shower and use the Internet.

Returned to the pad at 4:00 to shower and walk the dogs again. Briefly met the new neighbor on the end, a younger guy whose named I quickly forgot. Took the five o’clock shuttle into town and sat down at the Rincon de Ensenada fish taco shop and ordered an octopus tostada and a couple of fish tacos. The fish tacos were pretty tasty, almost Ensenada quality. But it’s hard to beat the real deal at the stands just past the shipyard when you get past all the topes coming into Ensenada. 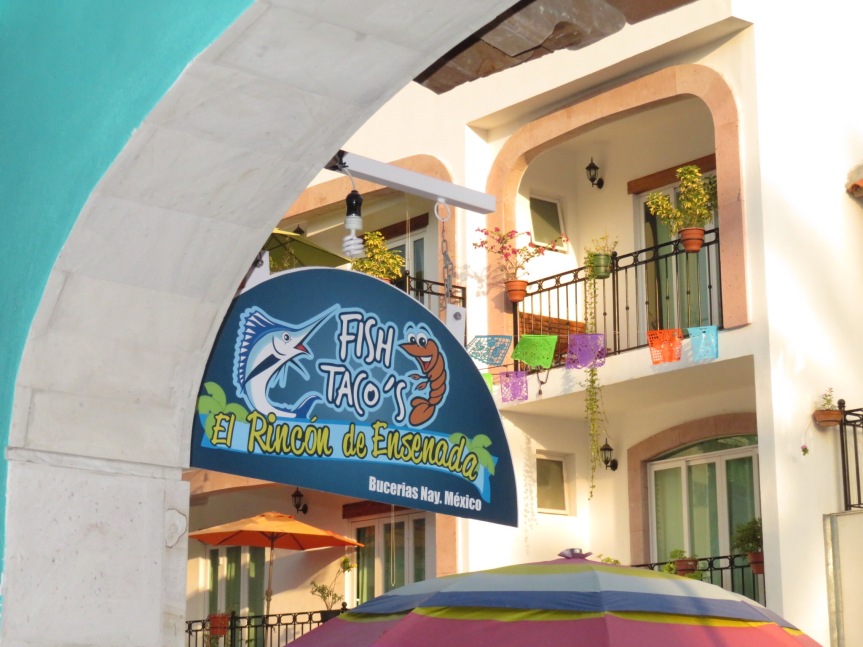 Walked down to beach and followed along the sand until I came to the arroyo where the AA meetings are held. The beach is packed. Now that Christmas is over, all of the inland Mexicans are flocking to the beach for the rest of the holidays. I sat on some concrete steps and watched some guys catching a few small waves in front of restaurant. Actually fairly rideable. Lots of families and romantic couples. The ubiquitous massage on the beach tents were doing a brisk business. 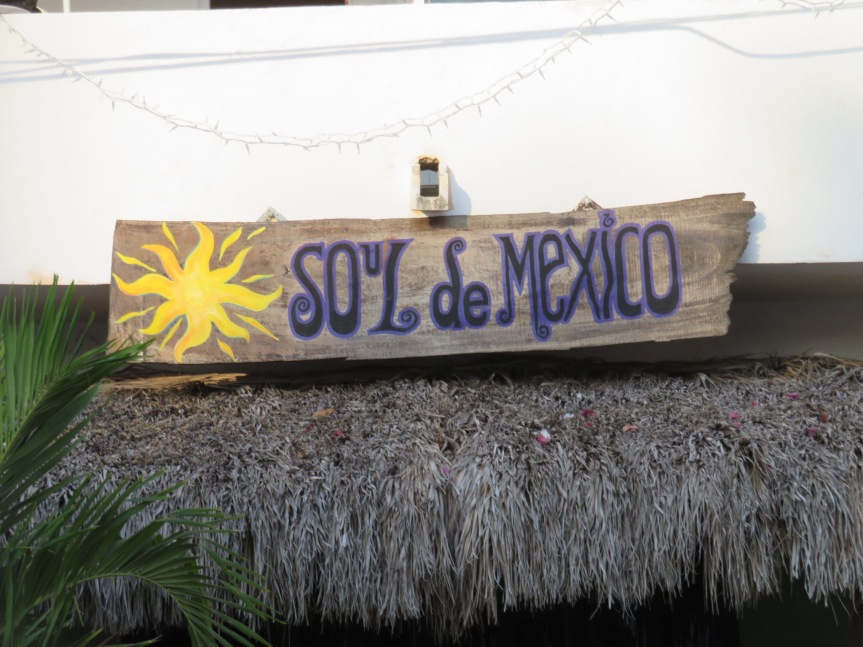 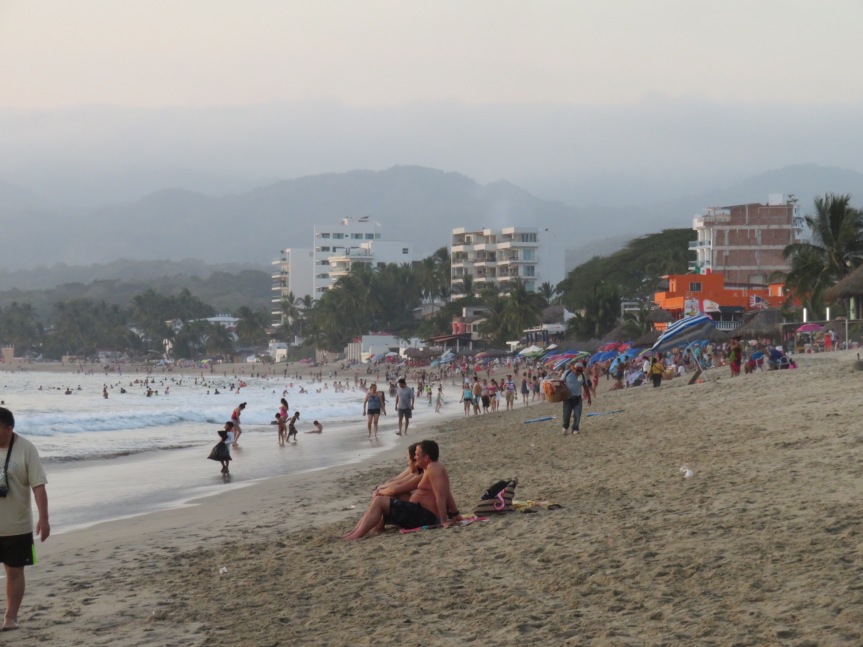 The sun was dropping behind a big fog bank out past Punta Mita. Beautiful night for all the festive visitors. I turned down the dry riverbed and walked up to the meeting. There were six of us there, all men. All older guys, an even mix of U.S. and Canadians. Acceptance was the topic and we all gave a little input. When we were done, I walked over to the plaza to check out the live music, a ranchero band tonight. Ordered a churro and ate it while checking out the large crowd. Good night for all of the taco vendors and various food stands. 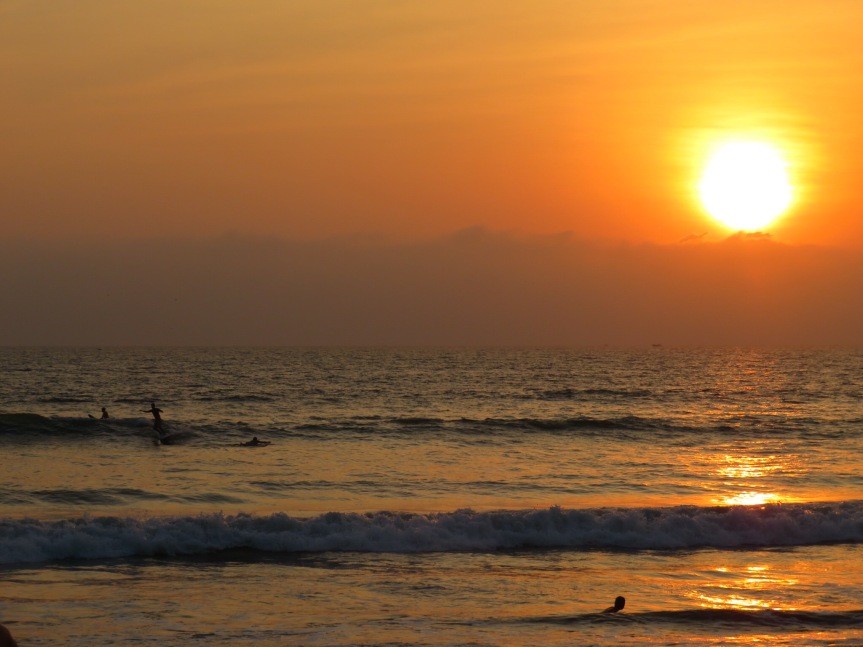 Walked up to the taxi stand. Things are so busy, there were no taxis on hand. Had to wait a few minutes then got an overly macho guy in a thoroughly beat up old Nissan. There was a long line in the left turn lane, so he drove up on the right with the people going straight then pulled in at the front of the line. Some bikers gave him grief, but he didn’t flinch. Drove like a maniac down the country lane where his failing headlights barely lit up the road. I was happy to hop out and get back to the casita. Took the dogs for another spin around the campus, then enjoyed a cup of Sleepytime tea and did a little writing.