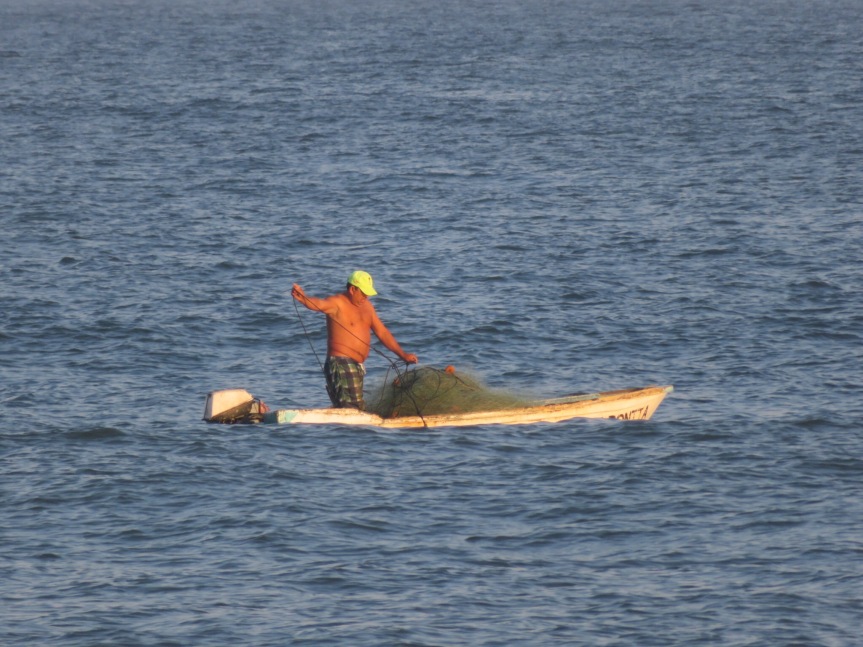 We started the day with a leisurely walk down the beach towards the jungle covered point to the north. It was early and the beach stretched out long and empty. Koda & Cali spent time making new dog pals as they made their way down the sloping sand. A young couple was beginning their morning with a swim in the ocean near the reef in front of El Bosque. A few of our neighbors were making their way out to the beach as we returned to the compound. 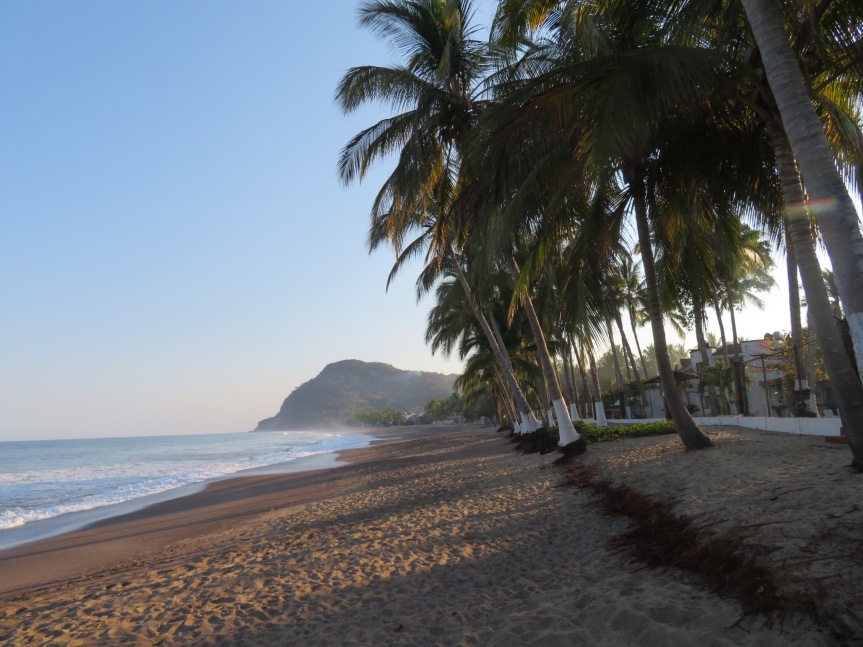 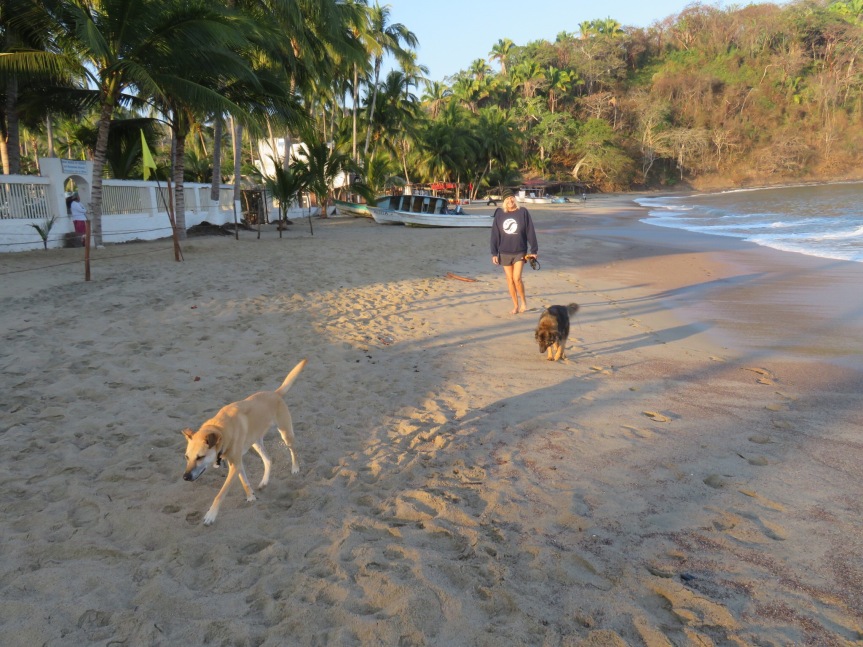 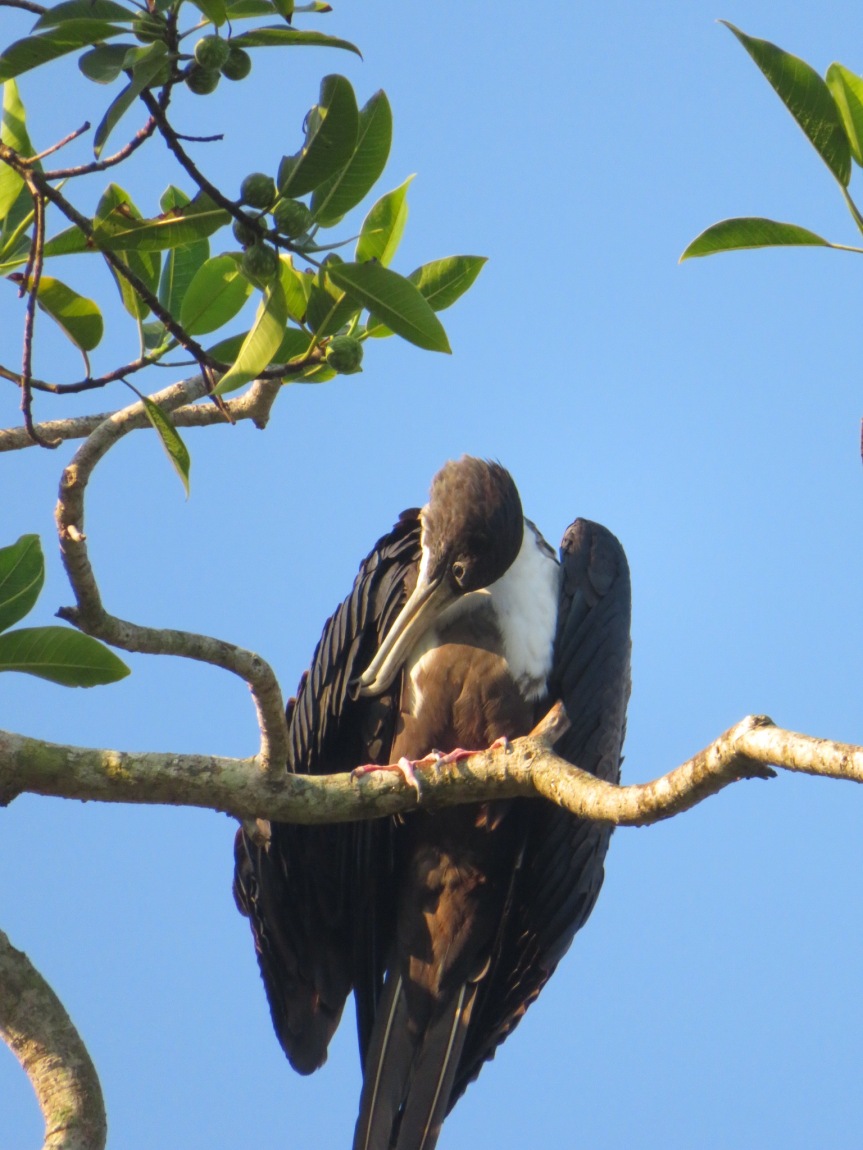 We enjoyed breakfast on the balcony watching all of the trailer dwellers below doing their daily routines. We had some weird energy going around as we were discussing what to do about the surface of the deck outside. PJ decided a swim was in order to clear our minds and get some good vibes flowing. She finally unwrapped the boogie board she got for Christmas and we went out and played around in the small surf that was breaking in front of the gate. They have a designated name for all of the retired boogie boarders that ply the waters of Lo de Marcos – grays on trays. Some kids were trying hard to coax a ride out of the mushy lefts trying to break off of the point. A few stand up guys joined them and the water was alive with activity. 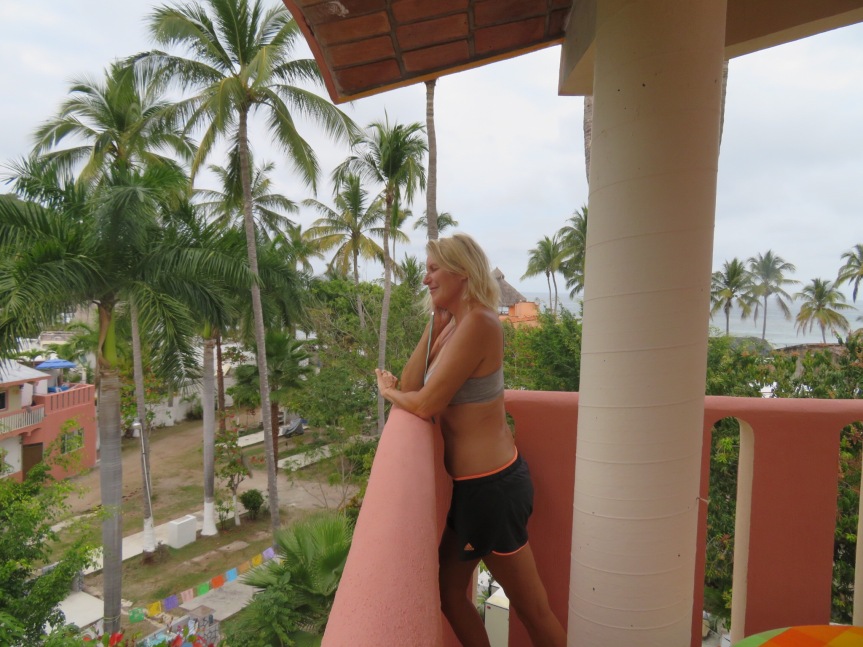 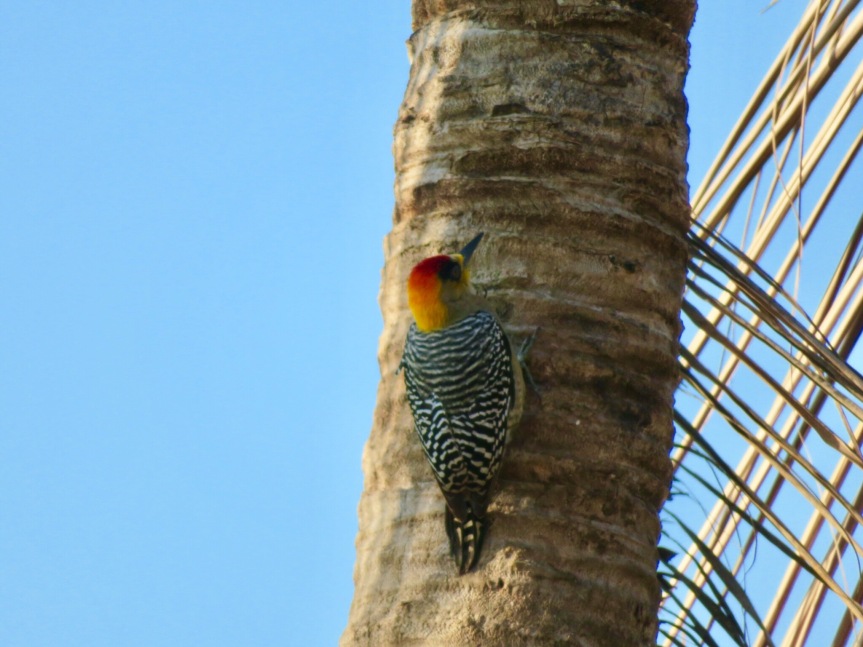 I spotted Mark and Laura who,we’d met the other day, heading into the water with their swim gear on. I ran to the RV and grabbed a pair of goggles then raced back to the beach. They were half way out to the anchored pangas when I got back. I jumped in the water and chased them down the beach as they were swimming north about a quarter mile out in the sea. I caught up with them down near El Bosque and I think I surprised them a little bit. We talked for a while then swam a little further to the north before turning back. Felt amazing to get in a good solid swim in the warm clean waters of Nayarit. We were in the water for almost 45 minutes, not all the time swimming. We had a few breaks where we floated around and got to know each other better. Thanks so much for the inspiration, been wanting to get back swimming for so long. Ears are like new and although I was a little fatigued, it was fantastic. 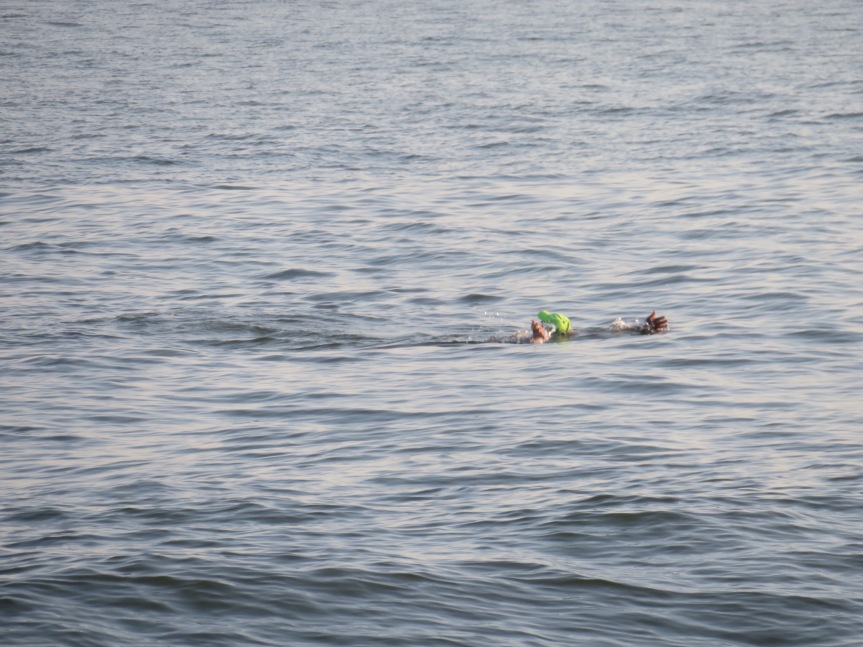 PJ set us up with some hummus and crackers and I swung in my hammock and finished up a post for yesterday. We went for another dog walk out in the back neighborhoods, an interesting mix of old school Mexican rancheros and new gringo houses. We found a small mini- super and bought cold drinks. Brought the dogs home then lugged our 20 liter bottles of water up the four flights of stairs. PJ puttered around and I played guitar a bit until the evening was upon us. 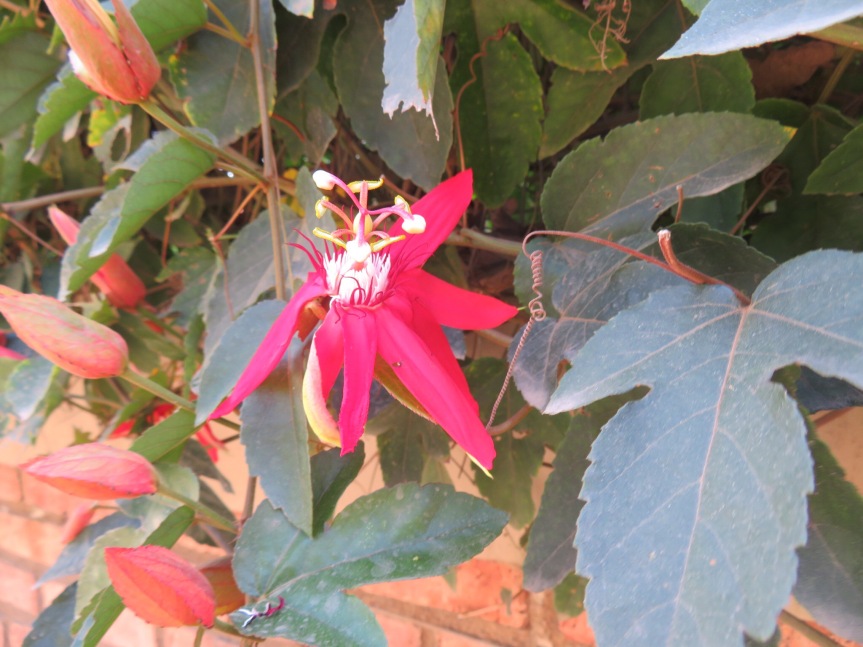 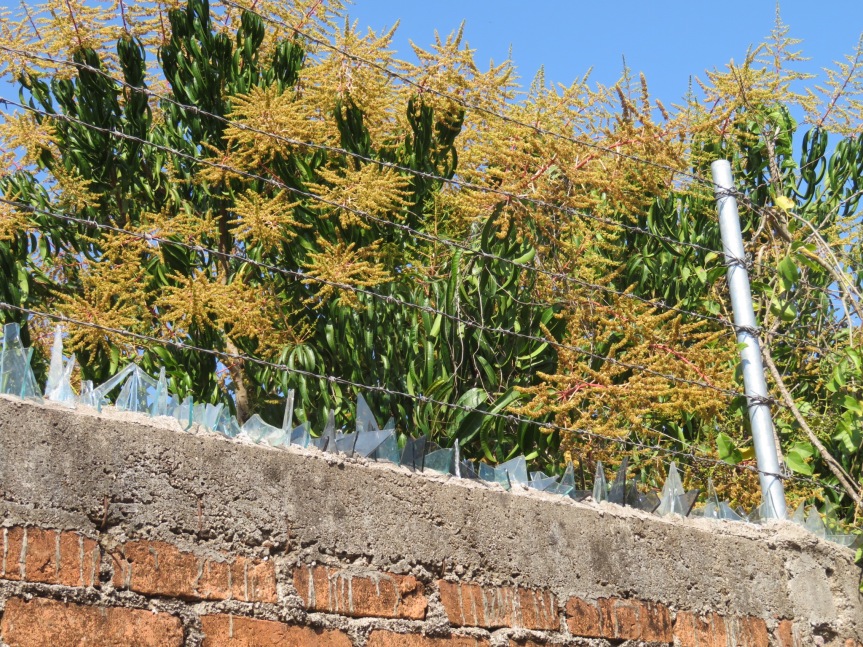 We rode our bikes into town and did a few errands. Bought some caffeinated beverages then hit the two hardware stores looking for a new spout for the waiter dispenser. The second guy had one that is similar, so we’ll see if that will do the job without leaking. We were getting hungry and weren’t feeling much like cooking so we hit the pizza/taco joint down by the plaza. Sometimes it feels a little odd ordering up a vegetarian pizza and two tacos de cabeza, but that’s what we got and we weren’t disappointed. Watched the local kids playing and running around the street. One girl ran up and hid behind our table trying to ditch her other little pals. They had smiles a mile wide. 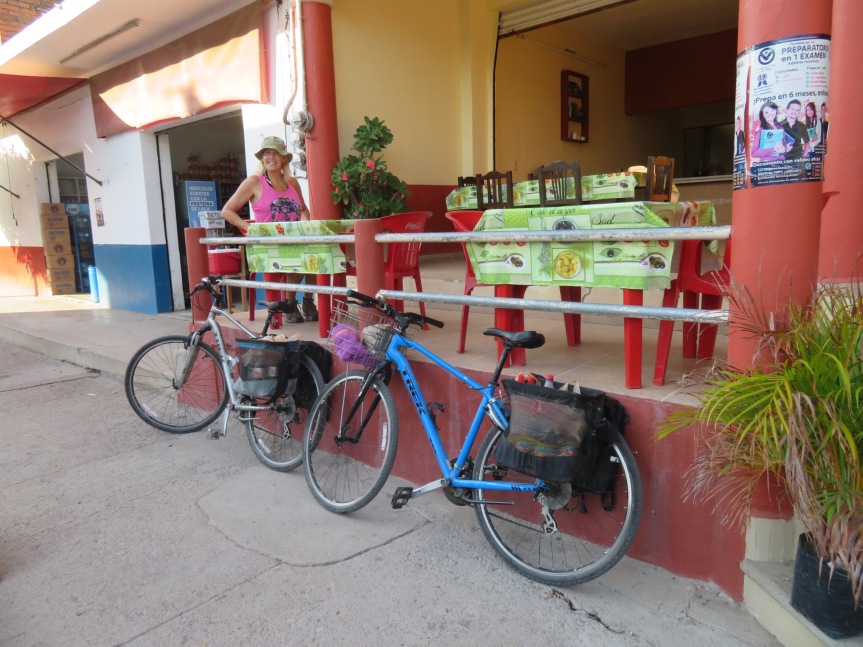 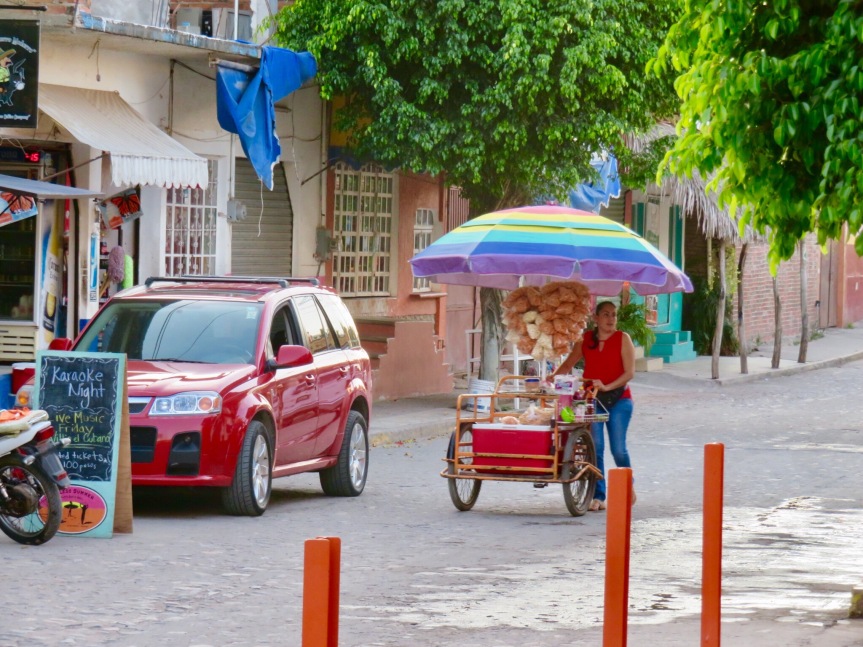 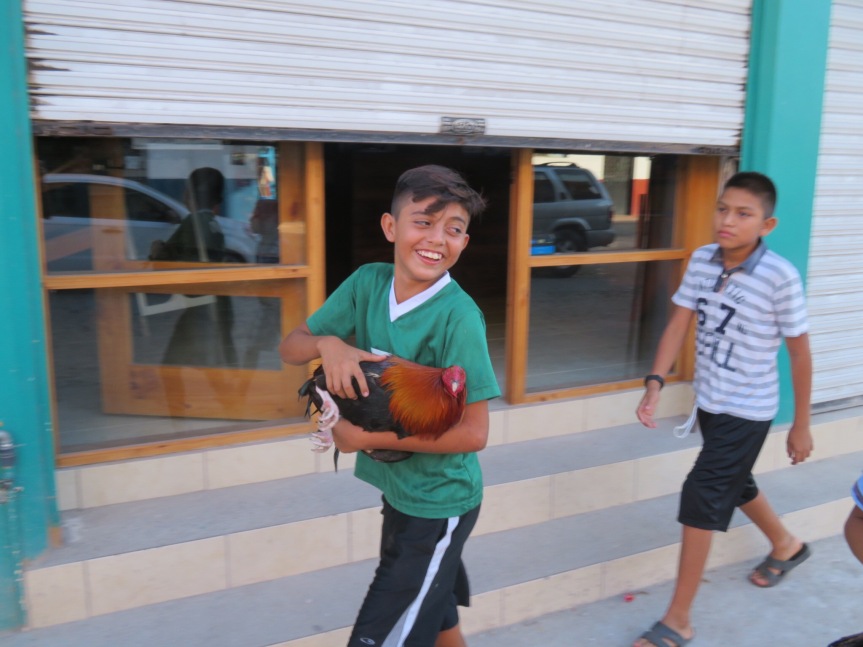 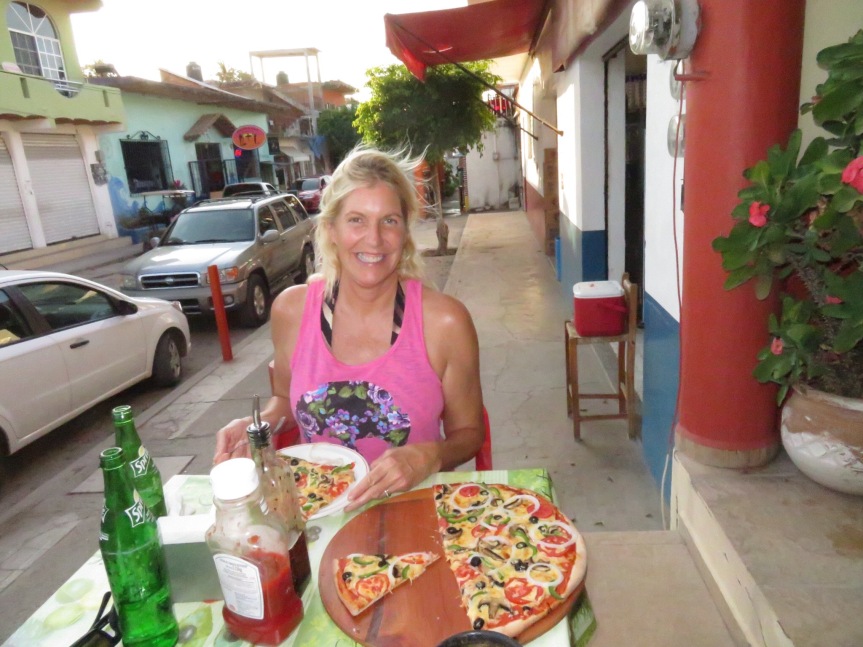 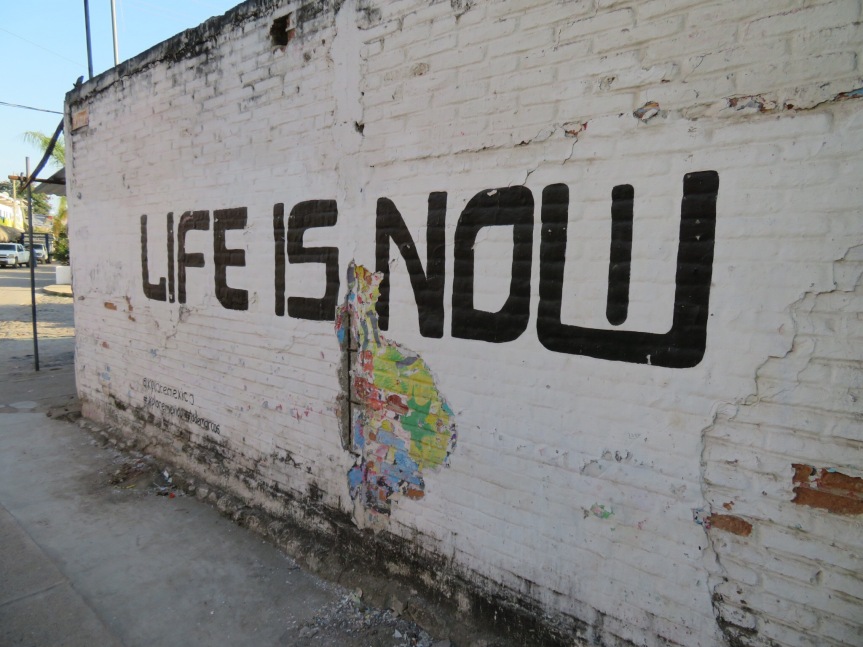 We relaxed in the cool evening air and just took in the laid back ambiance of Lo de Marcos. Still lots of gringos but more head home every day. The sun was on its way down as we pedaled back to the tower and took the dogs out for another paseo on the beach. A bunch of neighbors were having a happy hour on the beach in front. Each trailer park or bungalow with beach access ropes off the upper 3 or 4 yards of beachfront and claims it for their guests. Our crew was all bunched up in their little corral tipping back cocktails. We waved a friendly hello then trudged through the soft sands of high tide towards the north part of the beach. The tide brought in a collection of jellyfish and small baitfish that were wiggling around stranded on the sand. 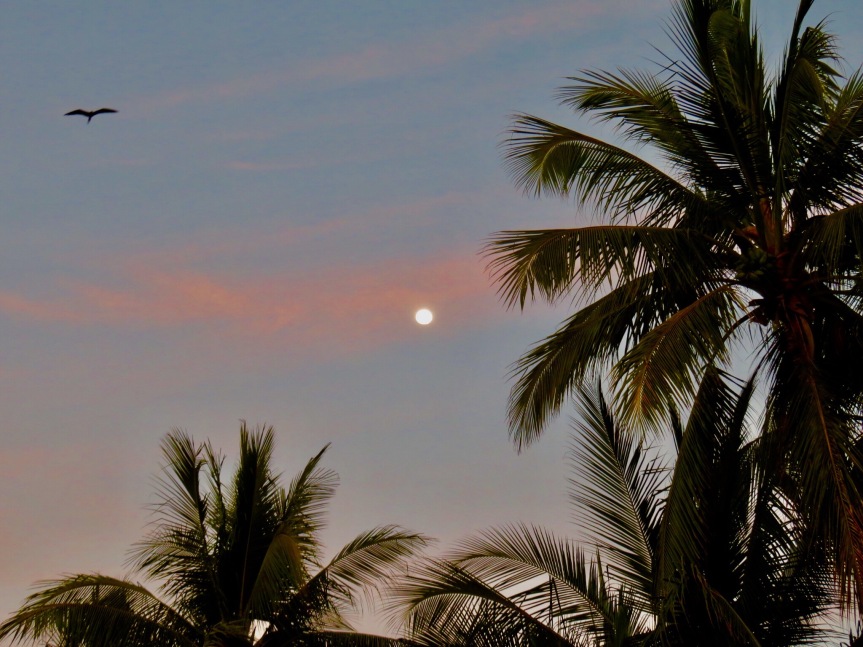 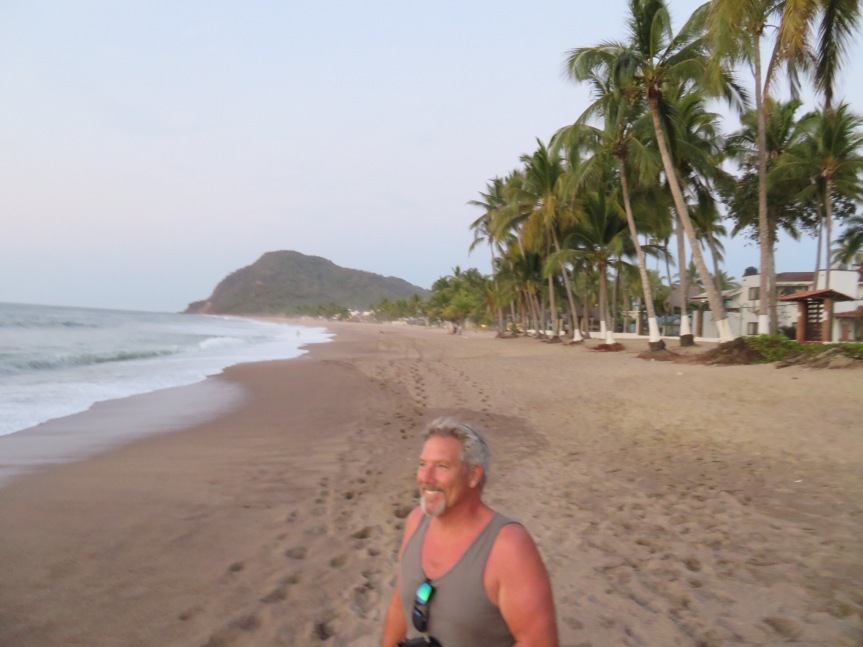 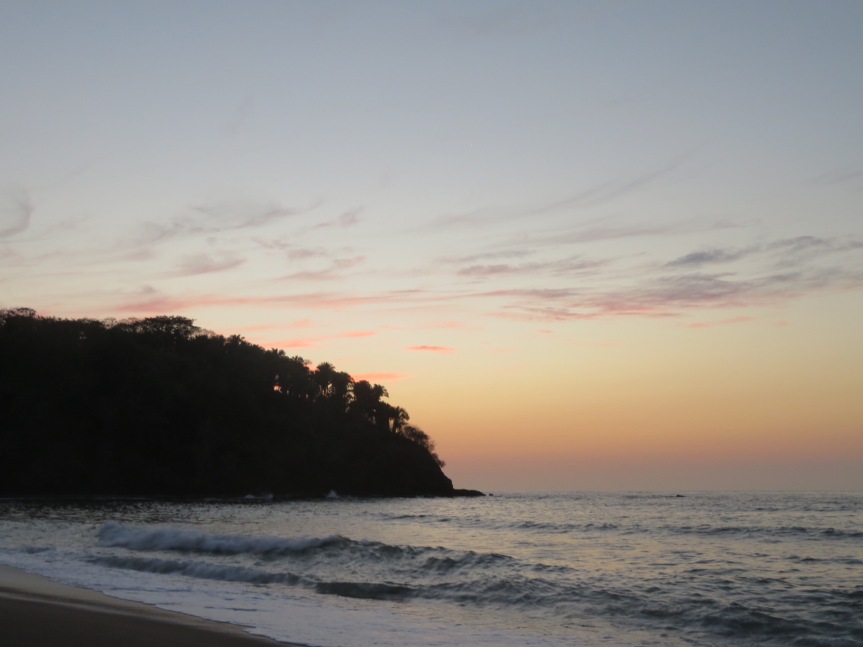 Restful evening making plans, writing and dressing up the pad.