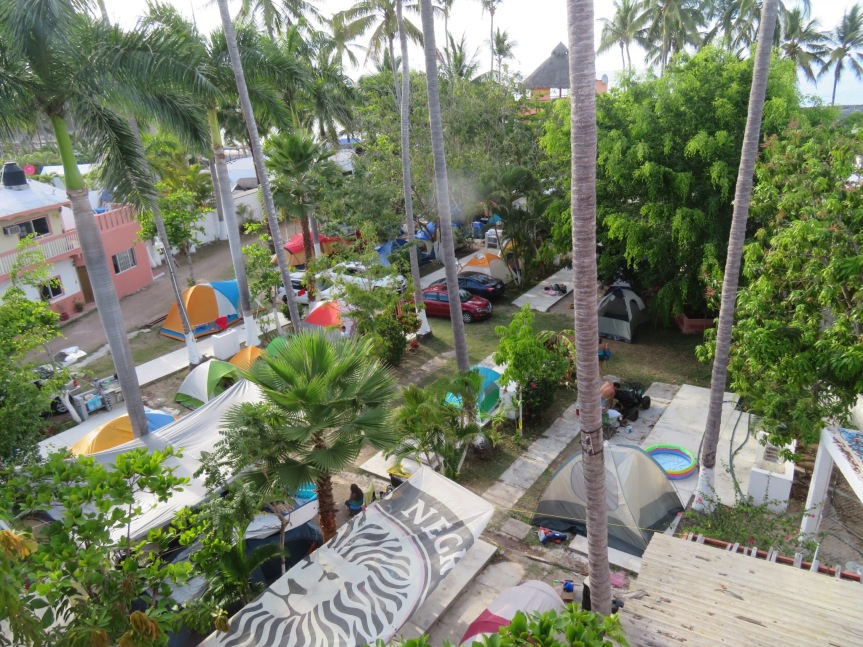 The crowds have been rolling in since Saturday afternoon. It started with a trickle, a large truck filled with kitchen goods and enough equipment to furnish an entire house was the first to pull in and set up a headquarters in the exact space where Lexi had been parked. A couple of other vehicles joined them and once they had established a base, the scouts went back to reconnoiter with the rest of the troops. 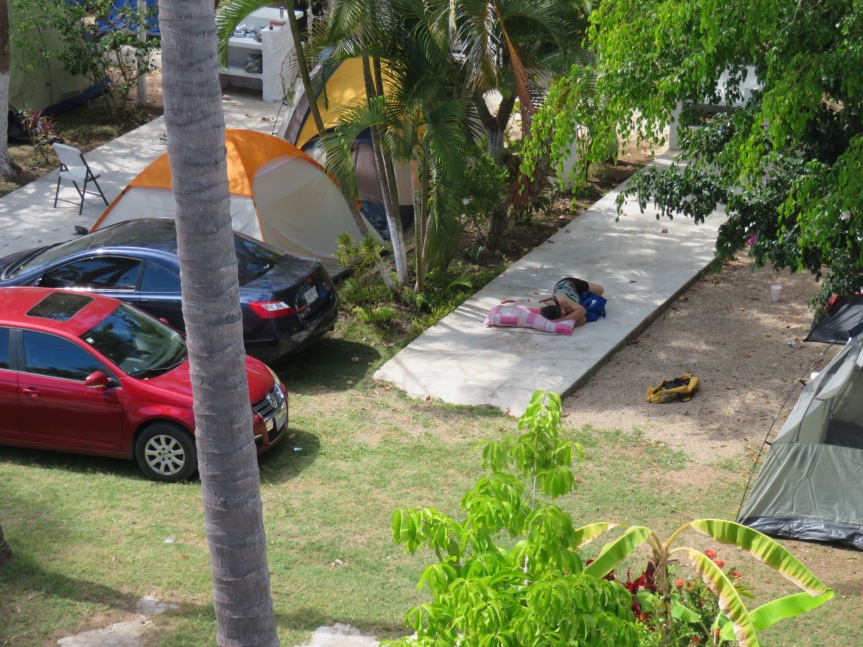 On Sunday the trickle turned into a flood and the visitors were arriving fast and frequently. Families erected large tents and big shade structures that they hung between the trees. Soon, the toys began to pull in. Quads, jet skis and of course, big speakers 🔊. Each day more people add themselves to the mix. All but one cabina in the tower has a family or two or three moved in along with grandma and the family dog.
​​

Mike & Nancy are running around like crazy, keeping things in order. Manuel and his wife are out working the crowd as well. More visible than I’ve seen them in the operations of the park. Some chilangos tried to rope off the entire road and all of the spaces from the tower to the beach. After some heated back and forth, Miguel and his brother got it taken down. Miguel’s brother, Bernardo, is down from Guadalajara helping out as well along with a couple of new kids cleaning up the grounds. 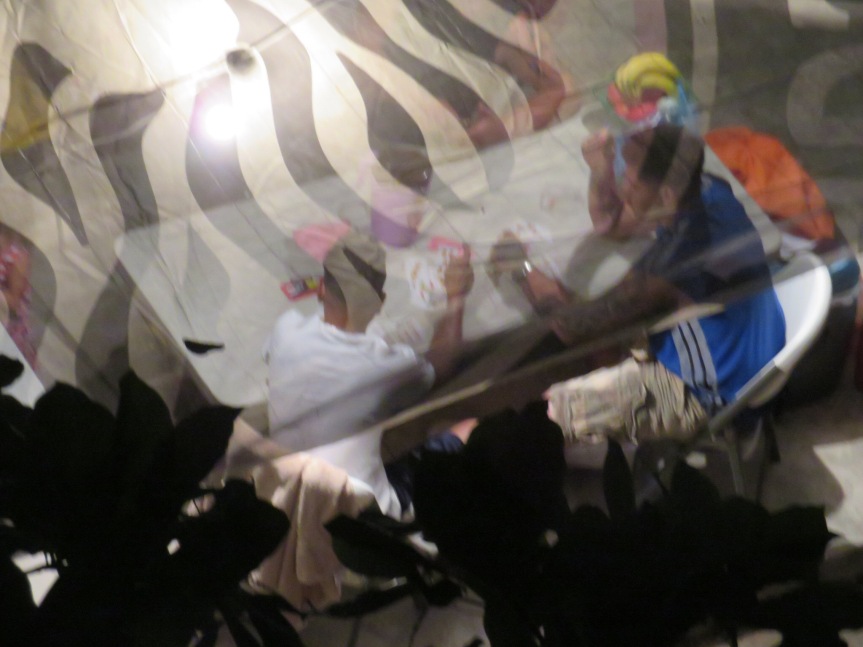 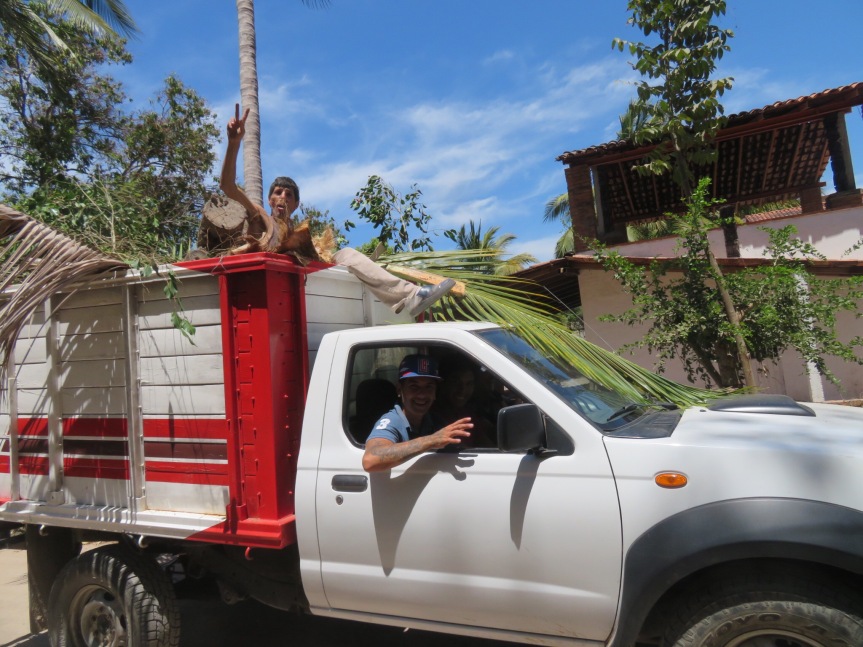 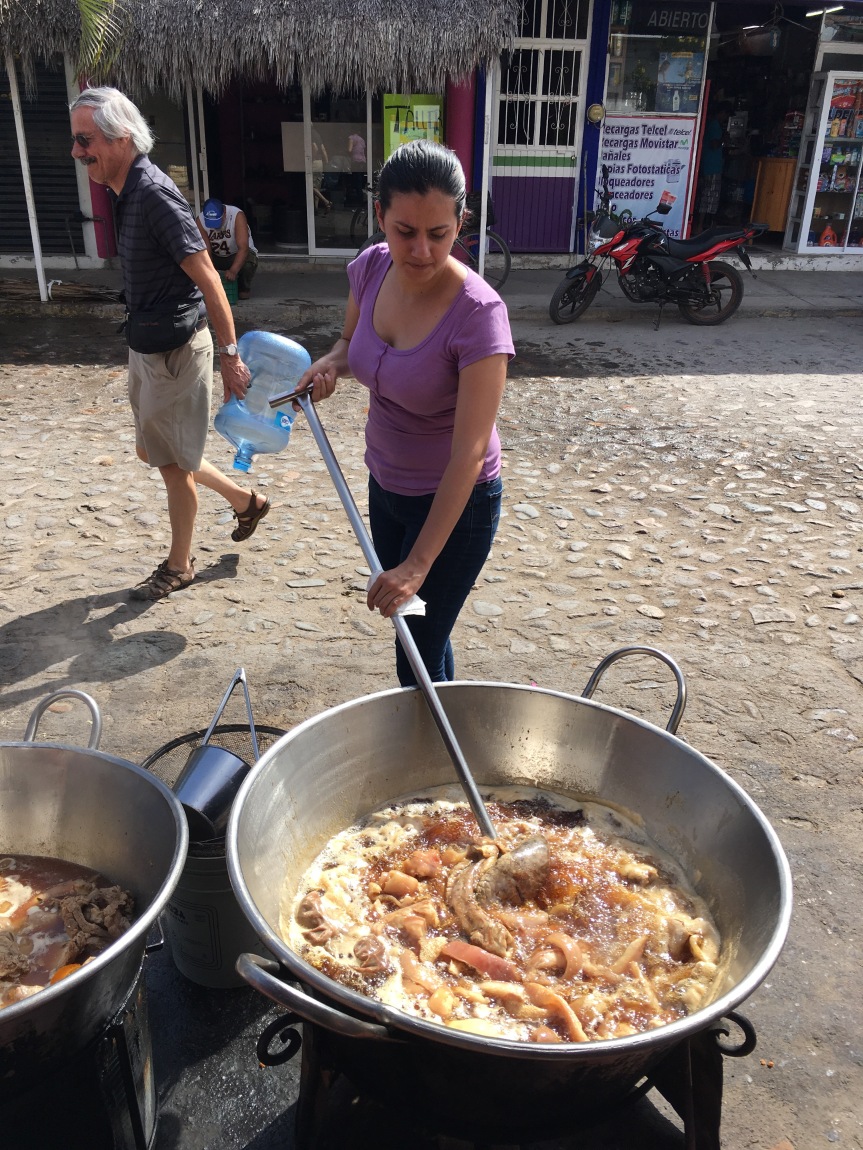 Yesterday, we went up the hill behind the campground to visit with our friends Judith and Larry. They have created quite the little compound for themselves up a steep driveway in the jungle to a lot overlooking the ocean. Judith gave us the walking tour while Larry cut up some fruit in the kitchen. Unique triangle house with additions on multiple levels. There are great views on all sides from the valley out the back to the sparkling Pacific from the front patio. 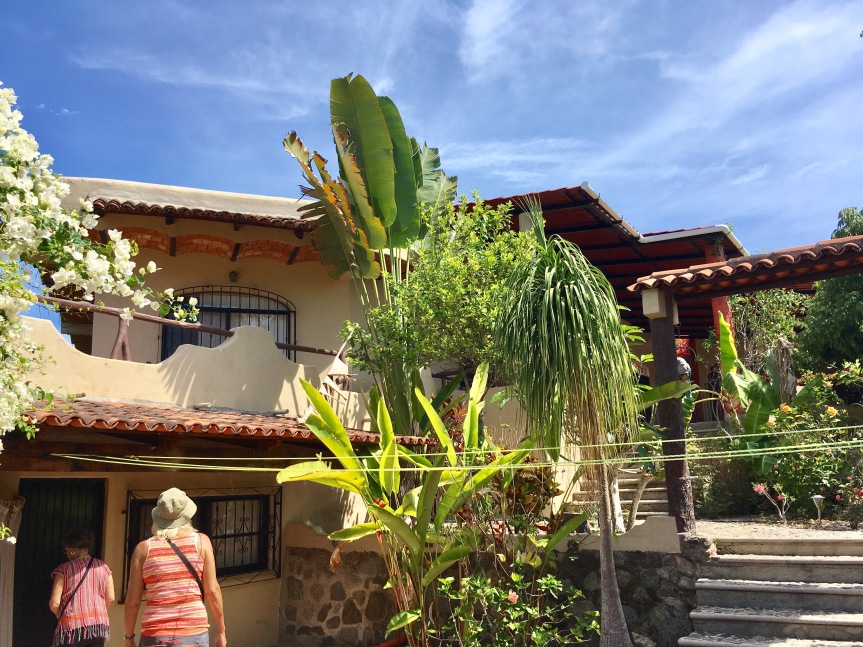 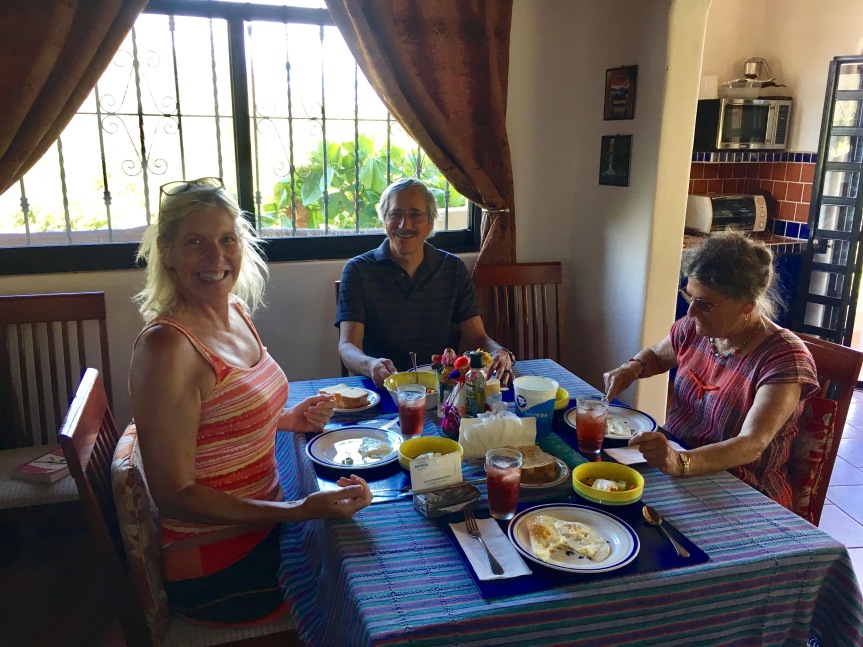 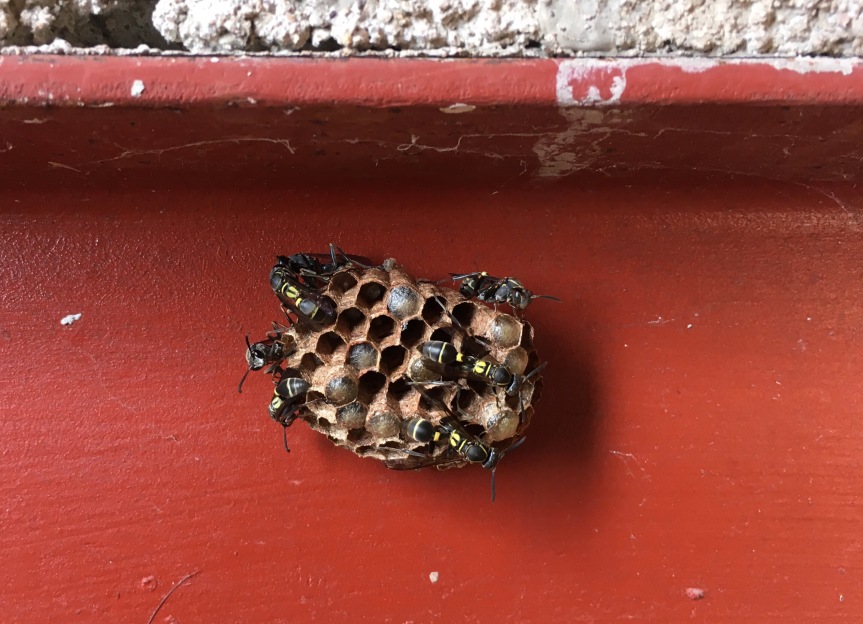 Larry and Judith are artists and old school hippies from the 60s. Larry weaves amazing woolen rugs that they sell when they are back home in Lake Tahoe. Judith has woven her share of rugs but, she tells me, she is much more into her oil painting these days. She had a few finished paintings and one in progress down in their studio. What an awesome life. 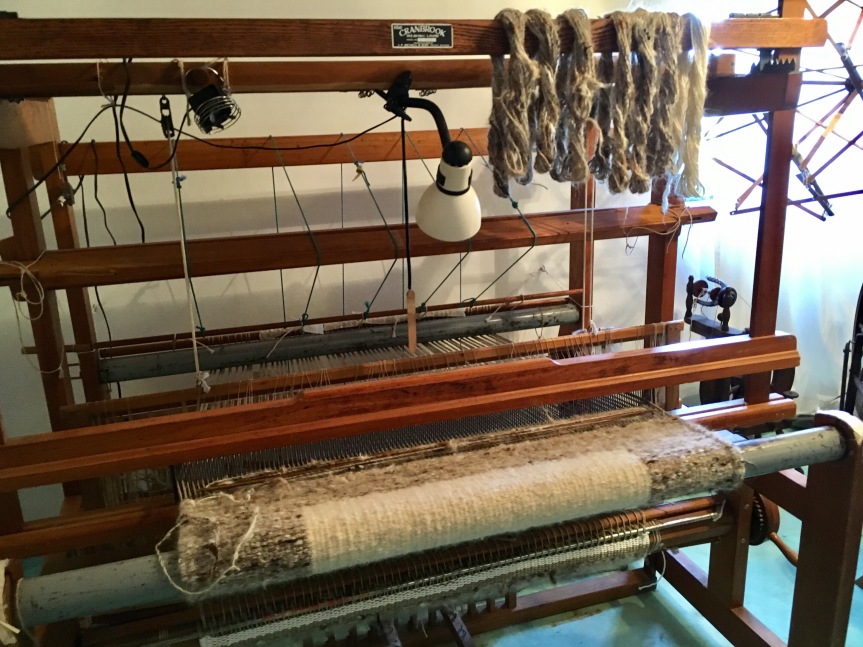 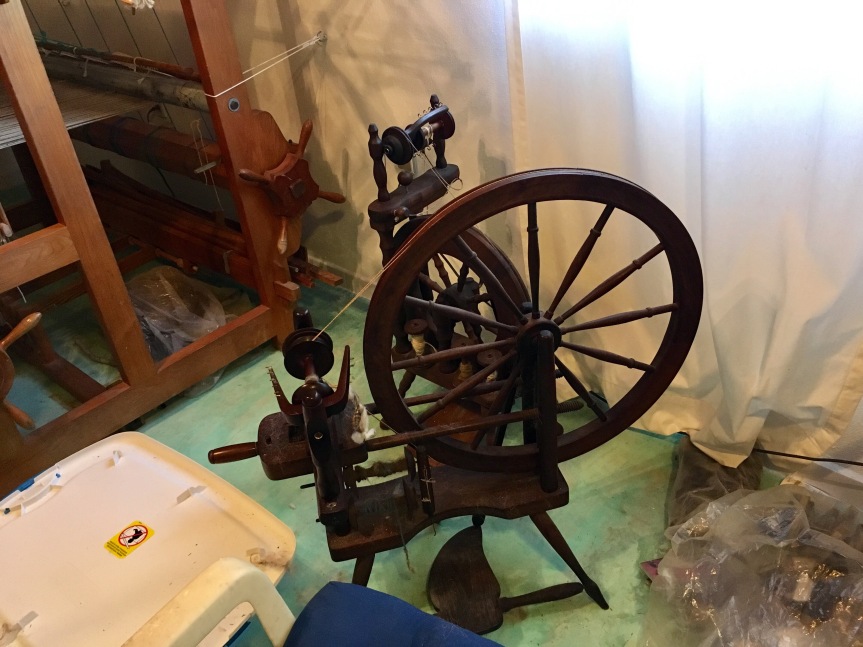 We enjoyed a nice brunch in their casita talking about everything under the sun. They walked us half way down the road then said goodbye. About 50 meters further along the road, we ran into another friend, Dave, in front of his casa. He invited us in to have a look. He and his wife, Bobbi, have set themselves up with a sweet little homestead on the side of the hill with fantastic views of the ocean also. Lots of pretty tile work and rich Parota wood doors lend a classy touch to the casita. We can see our balcony and everything going on down at the beach. Nice visit with Dave then it was time to set the dogs free and walk them around the back neighborhood. 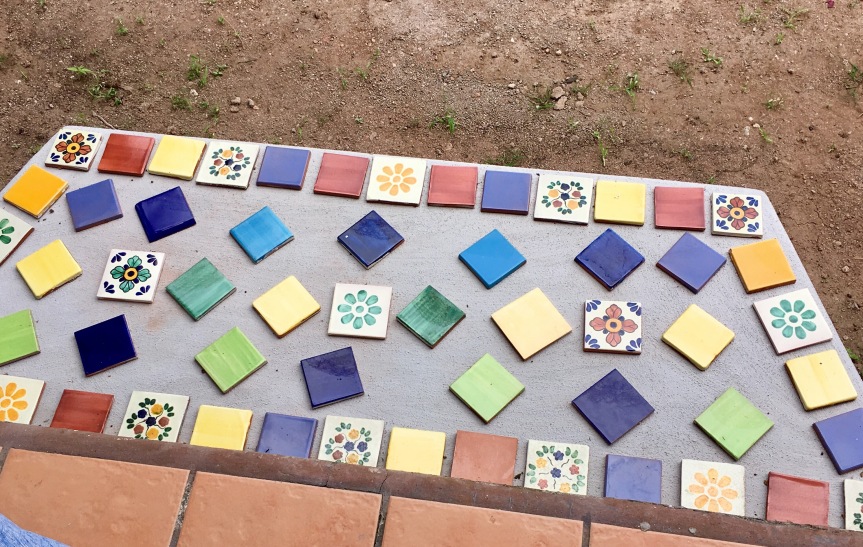 We came across a loofah tree near an abandoned gate to an overgrown field. Peeled it open to check out the sponge inside. Spent the rest of the day and night relaxing in the tower watching the goings on below occasionally going down to walk the dogs and say hello to the new neighbors. Amazingly quiet last night. Slept really peacefully. 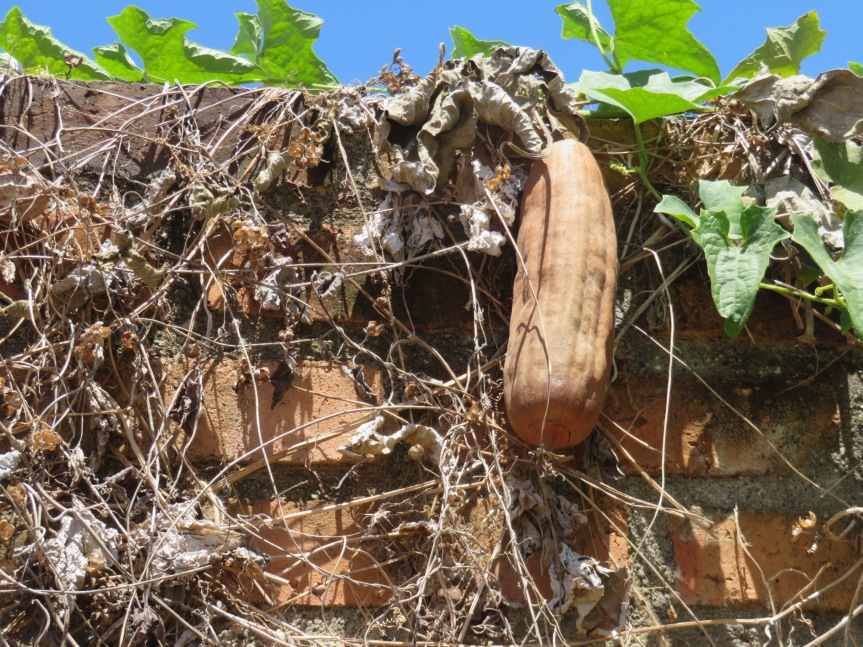 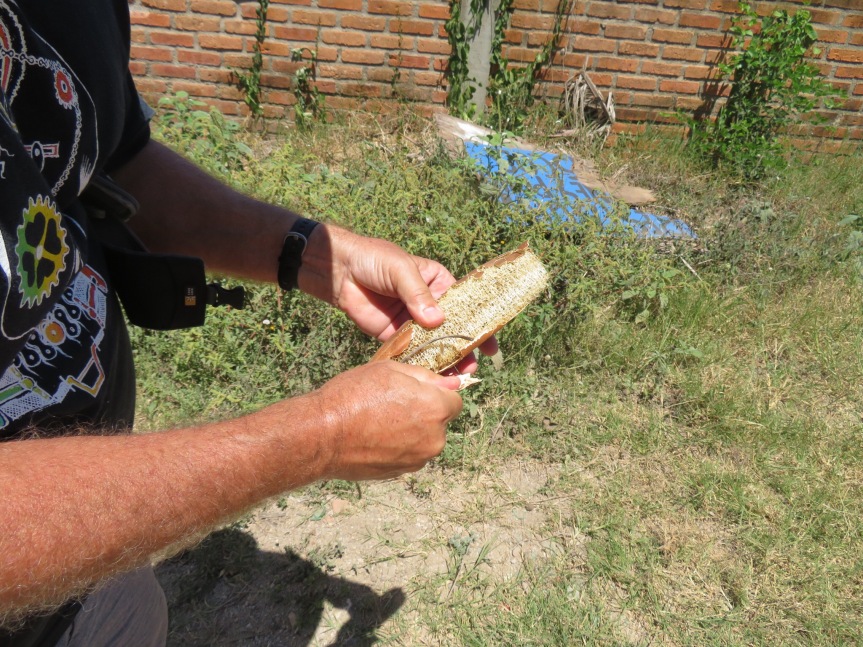 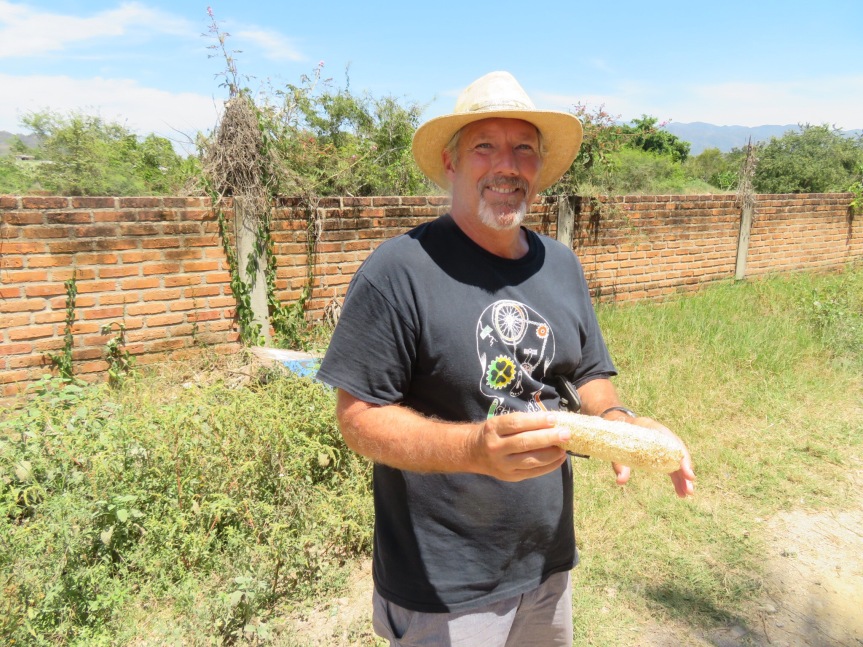 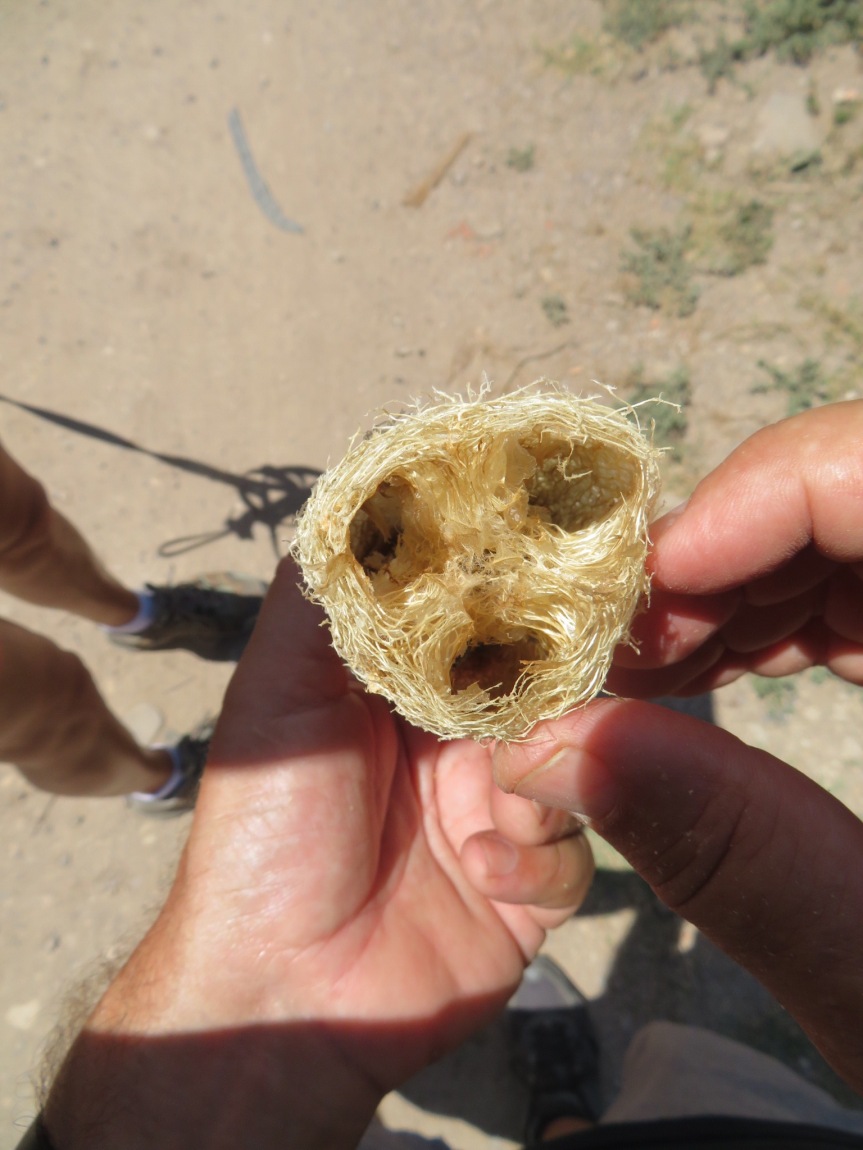 One thought on “Semana Santa has Arrived”