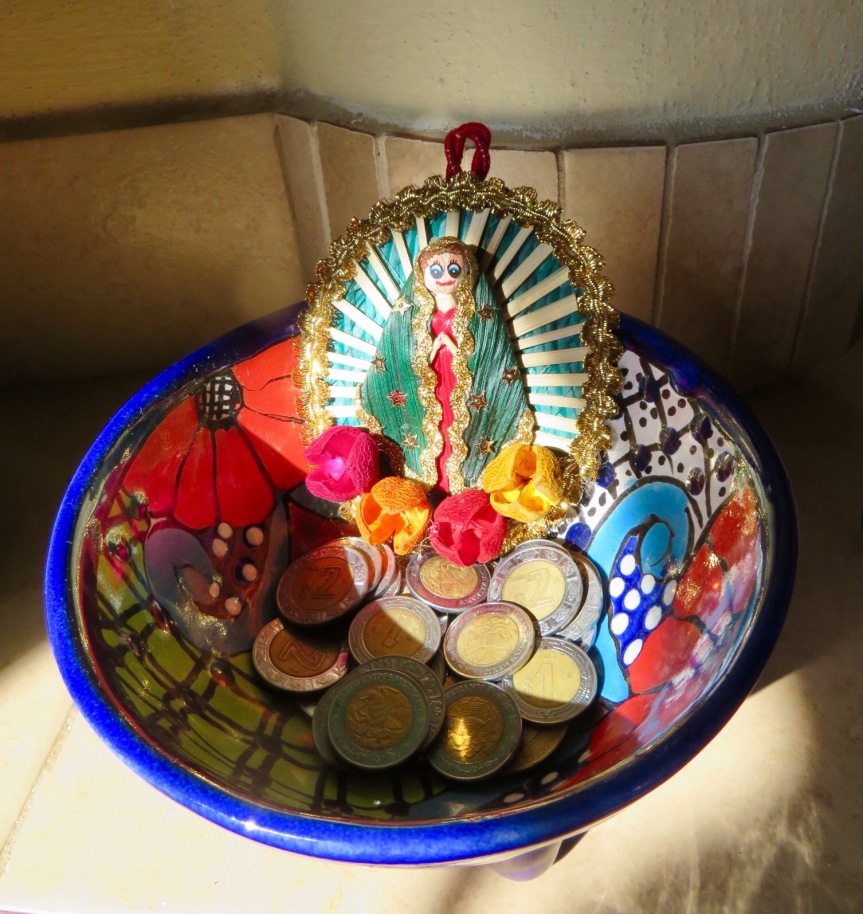 First thing I did today was visit Dave, the manager at Cruz Maria, the RV park next door to us. They are much more American style (i.e. rigid) and don’t open the gate to a million tents for Semana Santa. We negotiated a price to park Lexi there for the week, to get her out of Miguel’s way and to insure that everything is secure. Manuel, Miguel’s dad, was happy to have us out of the space we were taking up.

We kicked back on the sky deck watching as preparations were being undertaken for the influx of city slickers that is about to descend on El Pequeno Paraiso. They’ve hired two new laborers to spiff the place up and they are also doing some kind of maintenance to the septic system. Jose Luis, the palm guy showed up to trim up some more palms and cut the top off of a dead tree just off the deck.

Ward, the last of the gringo hold outs, packed up his trailer this morning and hooked it up to his motorcycle. We said our goodbyes and watched him roll out of camp for points north leaving PJ and I as the sole residents of the campground. Handshakes and hugs, Ward’s farewell is ‘goodbye for now’ always leaving the opening for us to meet again. I like that sentiment and will try to add it to my personal perspective going forward. Also Ward’s policy of ‘dance like you don’t give a shit if anybody’s watching’. His moves are famous throughout the states of Western Mexico.

We were waiting for our friend Khichi from Los Arroyos Verdes to arrive with her nephew and his wife. They are coming to enjoy a day at the beach and have a look at Lo de Marcos. They pulled up shortly after the palm tree had been yanked down. Luckily the boys had just managed to cut in pieces and load it on Jose Luis’s little truck.

Dave and Maggie were visiting the area for the first time and have been touring around with Khichi. It sounds like they have been quite busy checking things out around Bucerias with a few forays into Puerto Vallarta. We sat around on the beach talking for a while then hit the water for a swim. Dave and Maggie did some exploring around the point while we sat catching up on the latest chismes with Khichi. Too soon, they had to return to the south for an evening on the town. We said our goodbyes to Khichi as she is returning to Washington on Tuesday. PJ got a little teary eyed as they hugged on the way out. Buen viaje and bye for now. 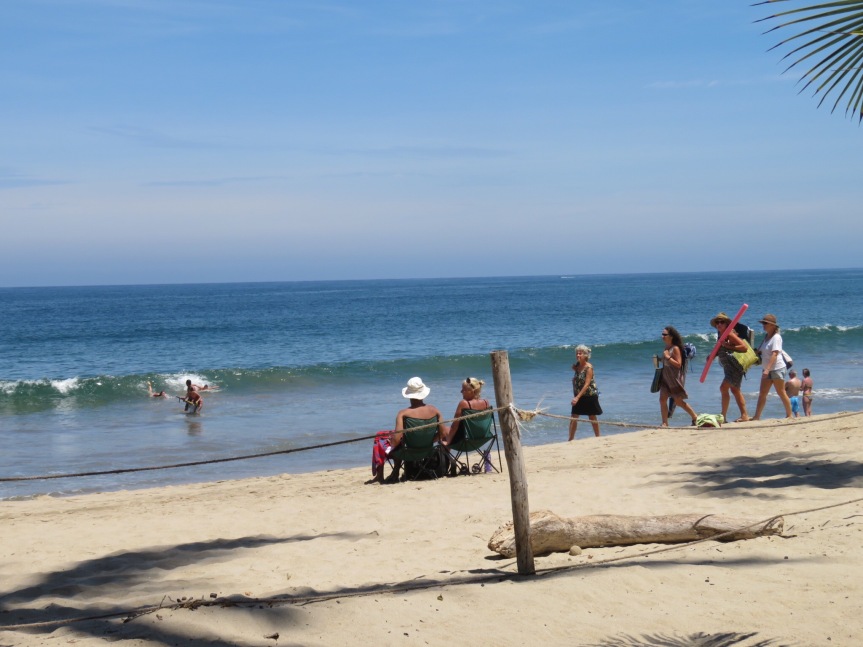 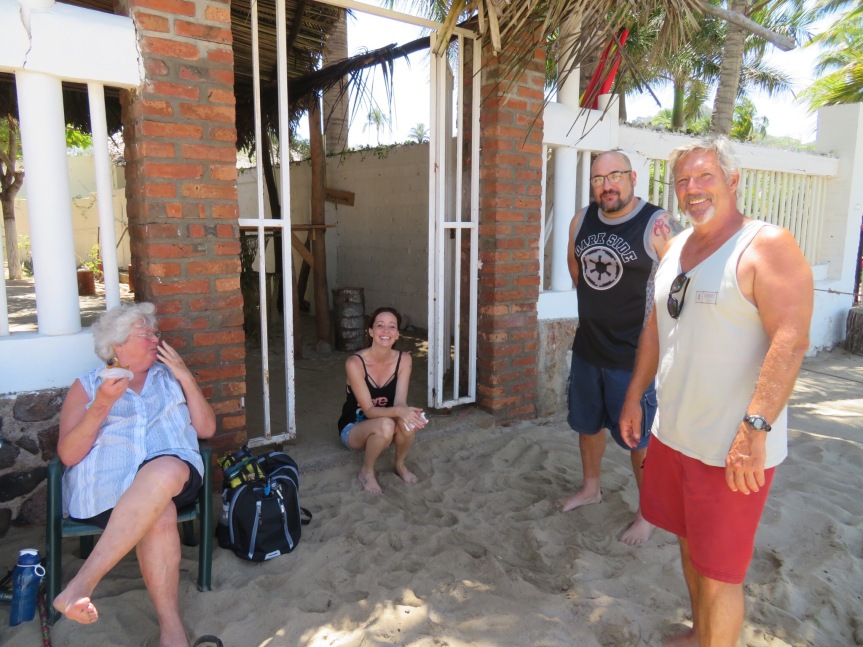 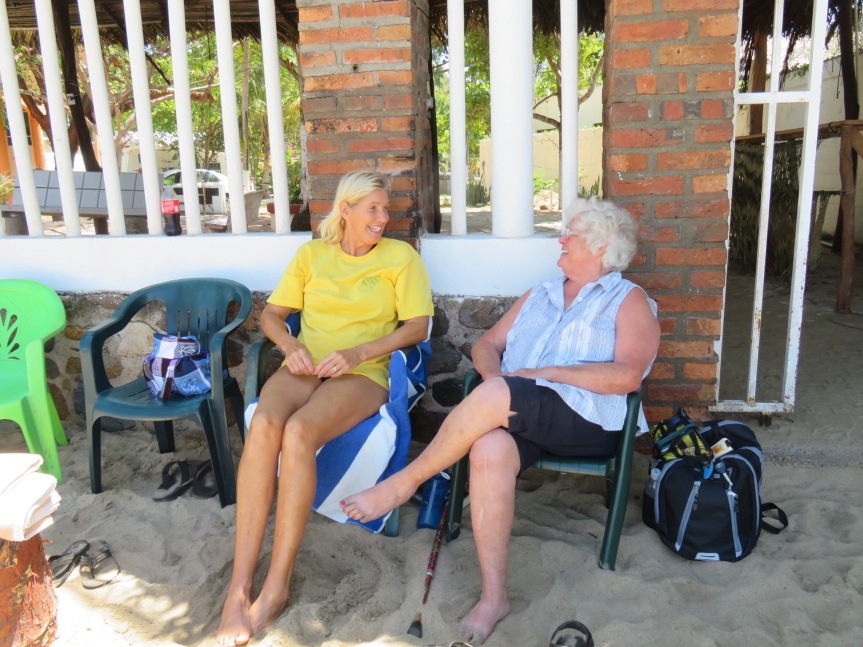 Bob sailed in on the fishing panga with his mates and they unloaded a giant cooler full of fresh fish. Fishing’s been good these days, calm water and lots of activity. I’m going to have to dust off the pole and give it a another shot. 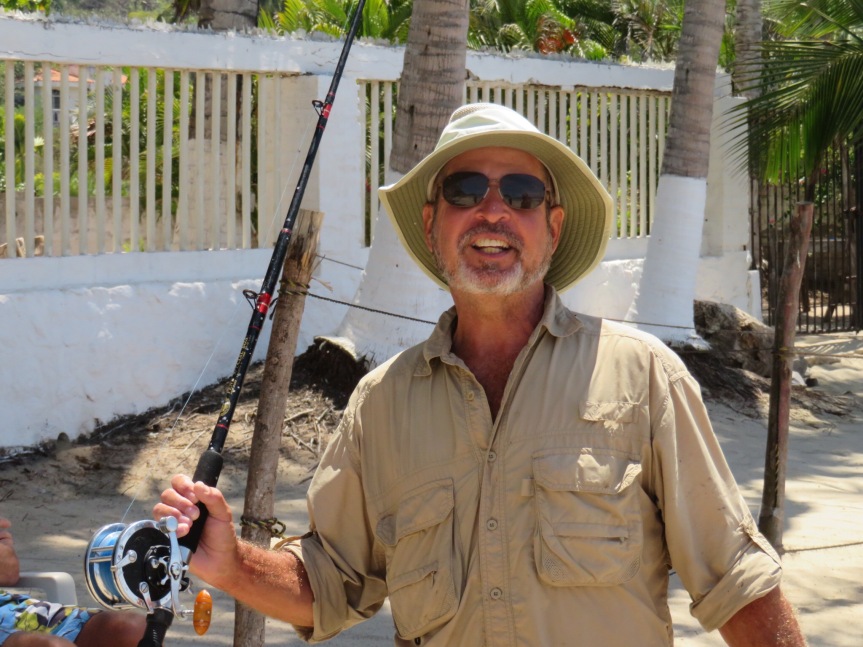 Cali had a Charlie horse this morning and had difficulty walking on her cramped up leg. We gave her a tramadol earlier and are going up to see how she’s doing. Seems to have made a complete turn around. PJ took them for an outing while I whipped us up some tuna sandwiches for dinner. Peaceful and quiet being the only ones here. The calm before the storm. 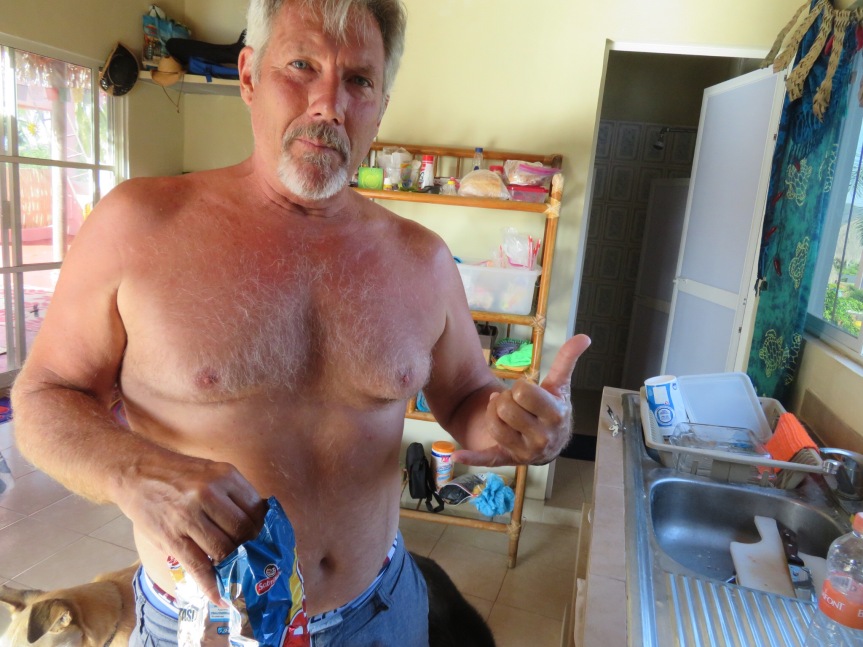 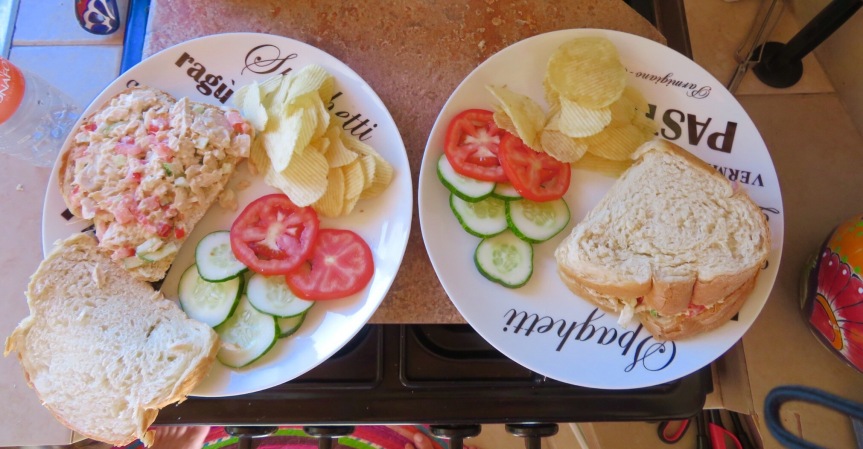 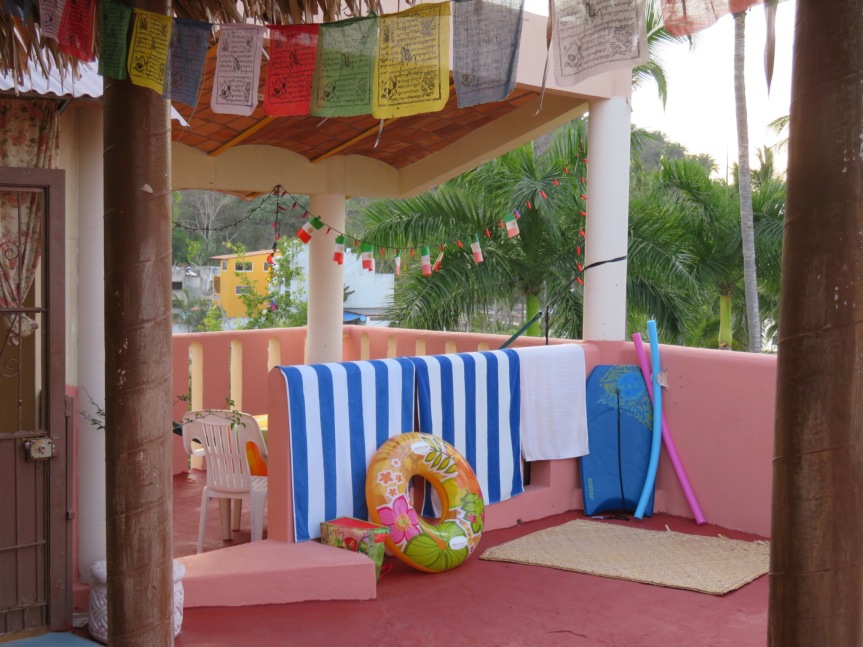 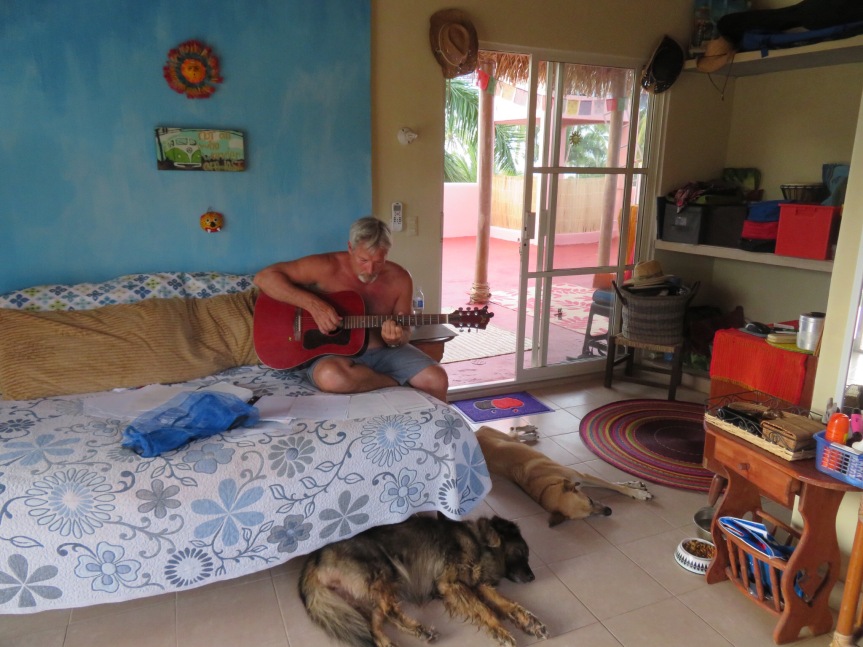 2 thoughts on “Left Behind”