I was up early today, so I decided to hike down to the lake with the dogs. We went down the trail that leads out of loop B. A few other campers were just beginning to stir over in the lean to sites near the trailhead. We were the only visitors along the lake at that hour. We walked towards the concession area and found a small patch of gravel leading into the water about half way down the path. A perfect spot for Koda to get her paws wet. She waded in up to her knees then came out and ran like a puppy up and down the trail. 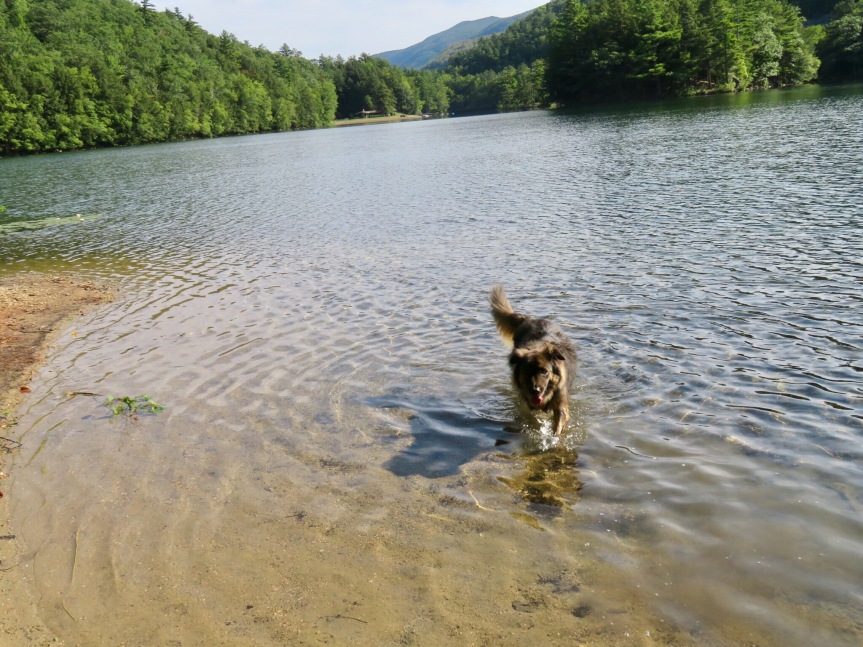 We reversed our direction and walked around to the far side of the lake where the trail rose up to follow the railroad tracks and eventually exiting out onto the highway. We turned back down to the lake crossing a small wooden bridge and following along a trail of planks that were laid down to traverse a muddy wet area.

We took the left hand fork and started walking to the outlet at Loop C. It followed along a marshy area with stanky anoxic mud where a blizzard of mosquitoes were being hatched. The path was rough and after about 15 minutes we abandoned the idea and headed back to the trail up to Loop B nearer our camp. The dogs were stoked to get a break from the civilized camping area.

After a late breakfast, Pam and I headed down to the beach area with the idea of renting kayaks for a jaunt around the lake to get some views from the water. The sand and grass area was loaded with beach goers engaging in various aquatic activities. The girl at the rental shack said that there was only one of their two kayaks available. They had eight last year but six were stolen. Perhaps buy a few replacements? I guess not. The paddle boards were gone, the canoes were taken, even the old school row boats were already out. That left us the inglorious option of the pedal boats. Kind of like scooters – fun to ride until a friend sees ya’. 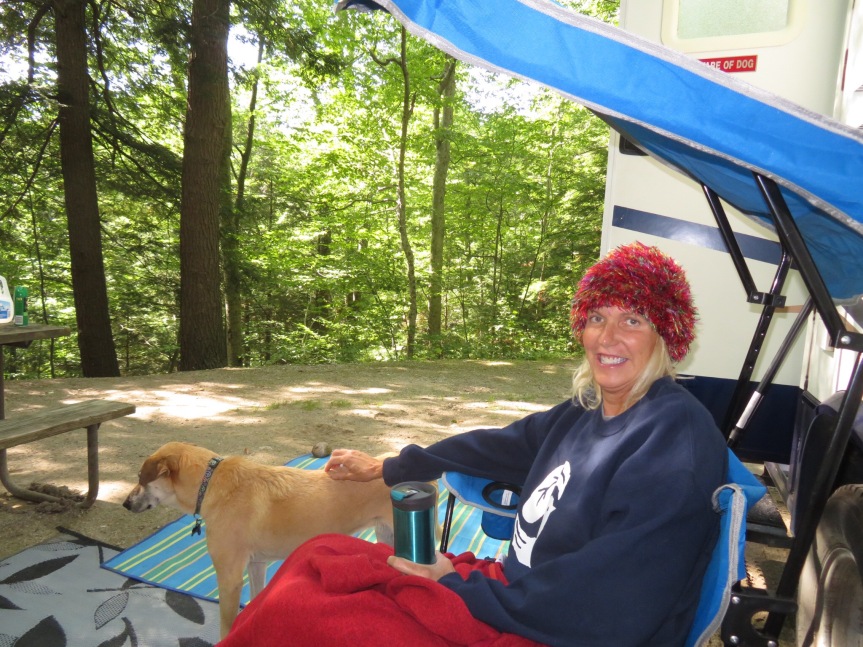 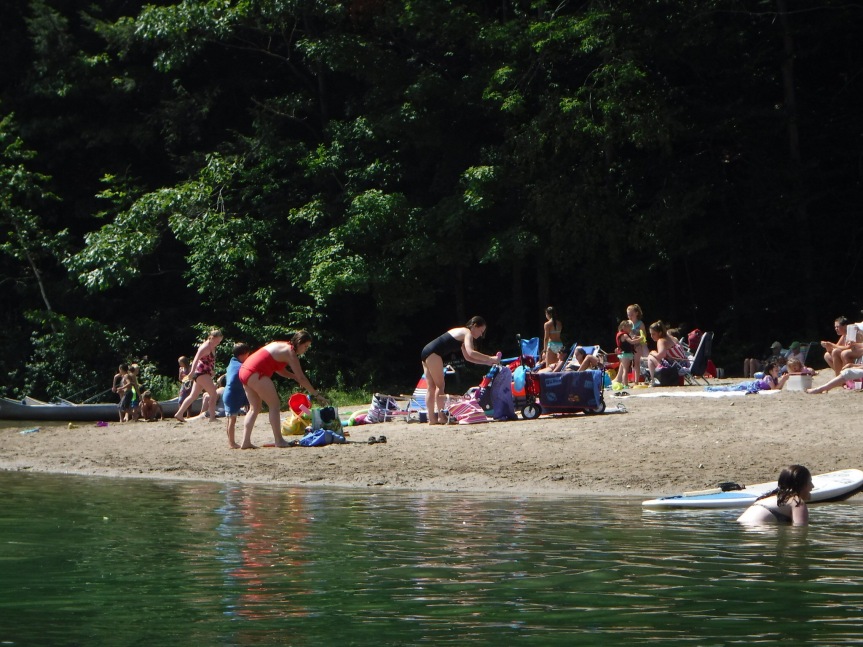 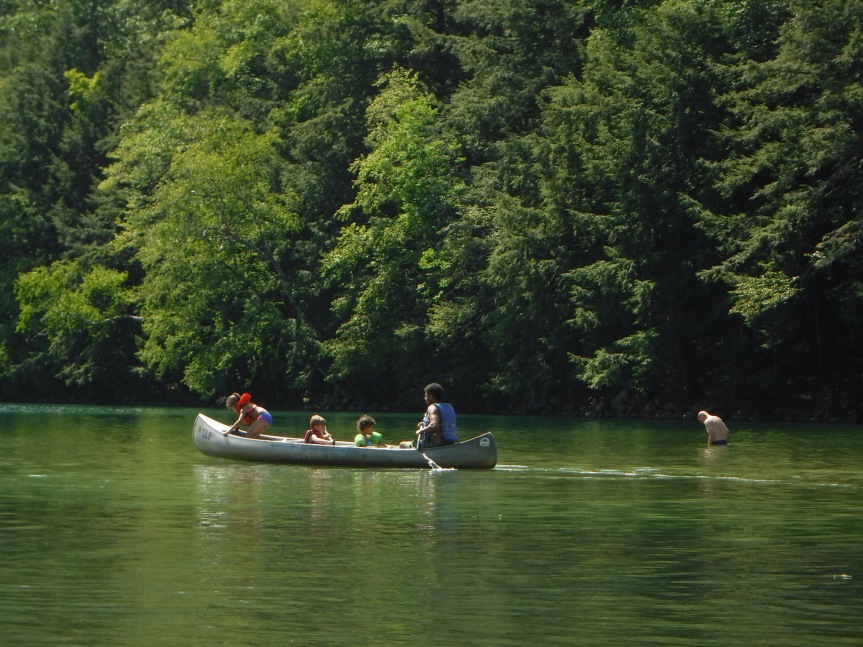 Hey, we're here, it's a beautiful sunny day, and the lake is calling. After a cooling swim, we hopped aboard a sunshine yellow little beauty and pedaled our way around the lake. The water is an amazing shade of green and so clear we could see the bottom much of the time. There were tons of people out enjoying the lake; swimming, fishing and paddling around on a variety of non-motorized watercraft. 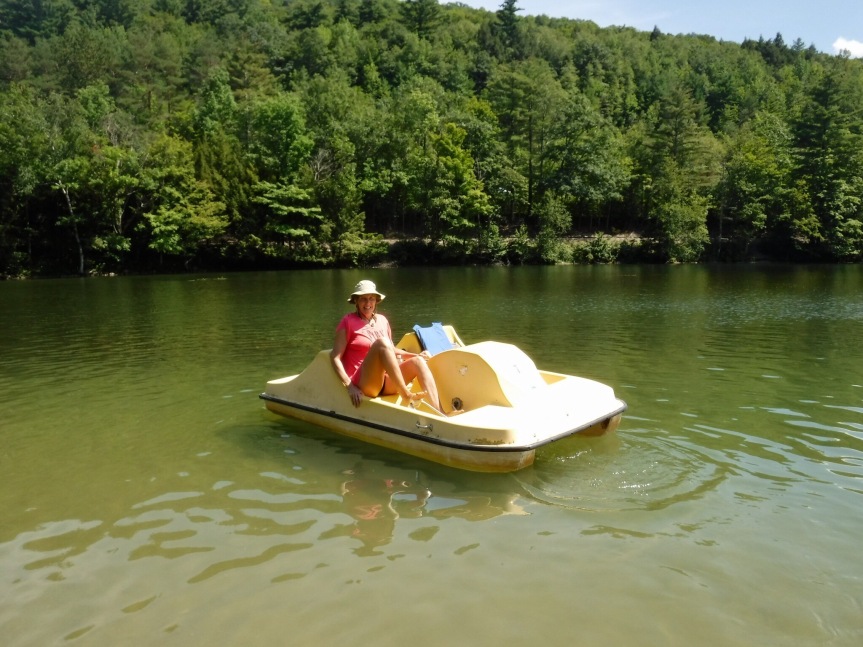 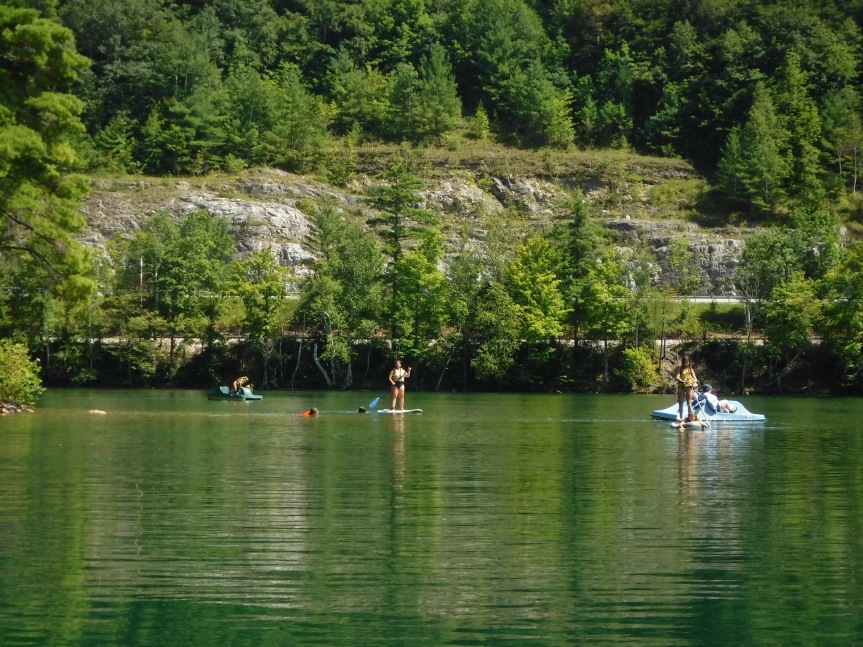 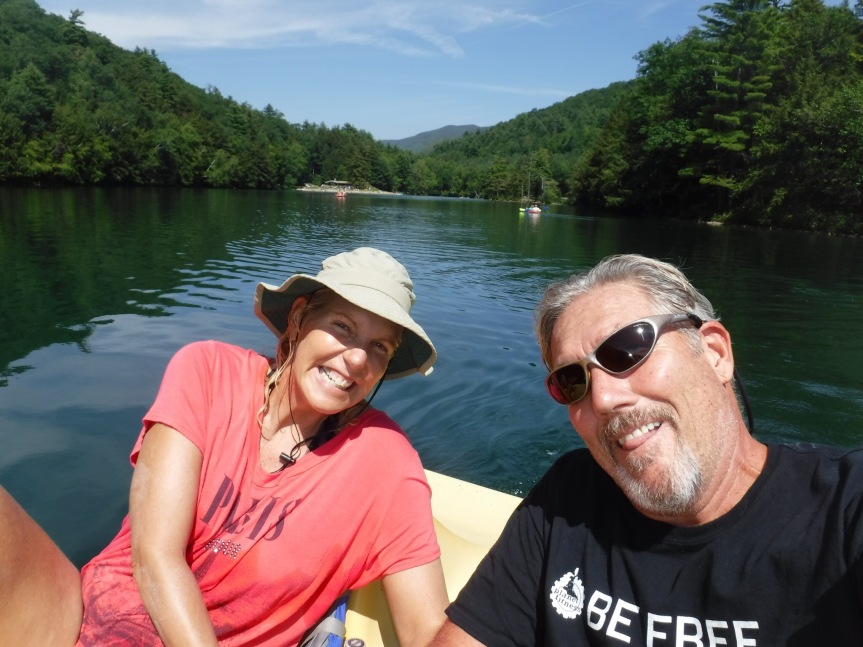 We had a blast pedaling around the small island then coming back around through the water lilies. We parked our boat and went for another long swim then laid around on the grass until it felt like we were getting a touch more sun than we wanted. Back up the trail to camp where we spent a languid afternoon tossing a frisbee and discussing future plans. PJ called her Aunt Martha up in Caribou to wish her a happy eightieth birthday, then called home and talked to her folks. A big Heart on the Wing Happy Birthday to Aunt Martha. We wish you all the best.

PJ decided it was time for an auto blaze bonfire so she gathered up a bunch of deadfall twigs and small branches and used them as a base for our entire stack of firewood. It looked like a pyre Vikings would use to send Dag, son of Gudrun, off to Valhalla. As darkness approached, she set it ablaze and we munched fig newtons and enjoyed a roaring fire for the night. 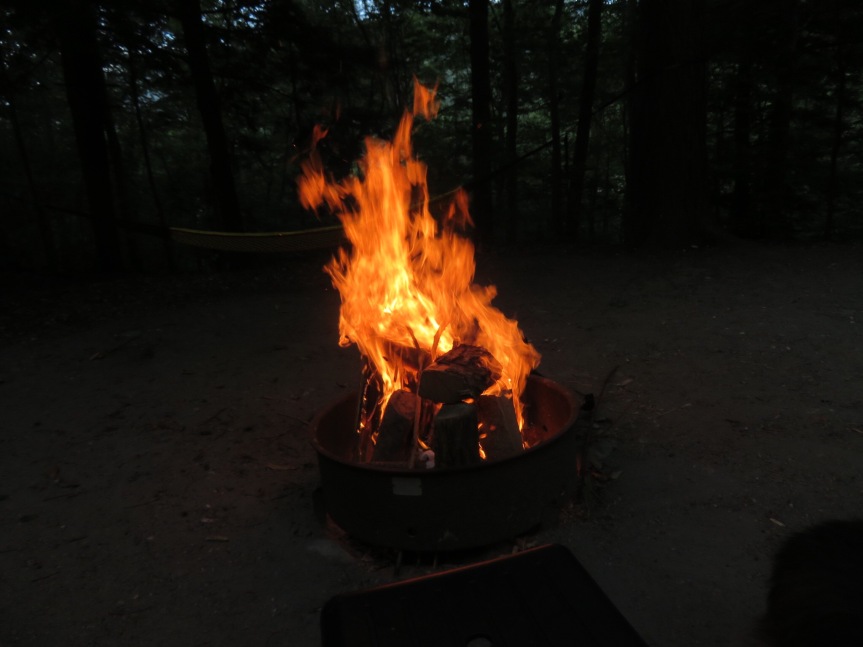 When the coals finally burned low, we walked the dogs in the ghostly darkness. The trees are so thick and I don’t know if there is any moon or not, but it is seriously can’t see your hand in front of your face dark here. Our camp is one of four that are separated from the “loops”. We are on a little stretch between loops B and C, and the other couple camped here are about 100 yards away and don’t turn on an outside light so it is dark! When we walk, we turn off our lights to watch the fireflies. They flash super bright in the utter darkness. Pretty fun stuff. 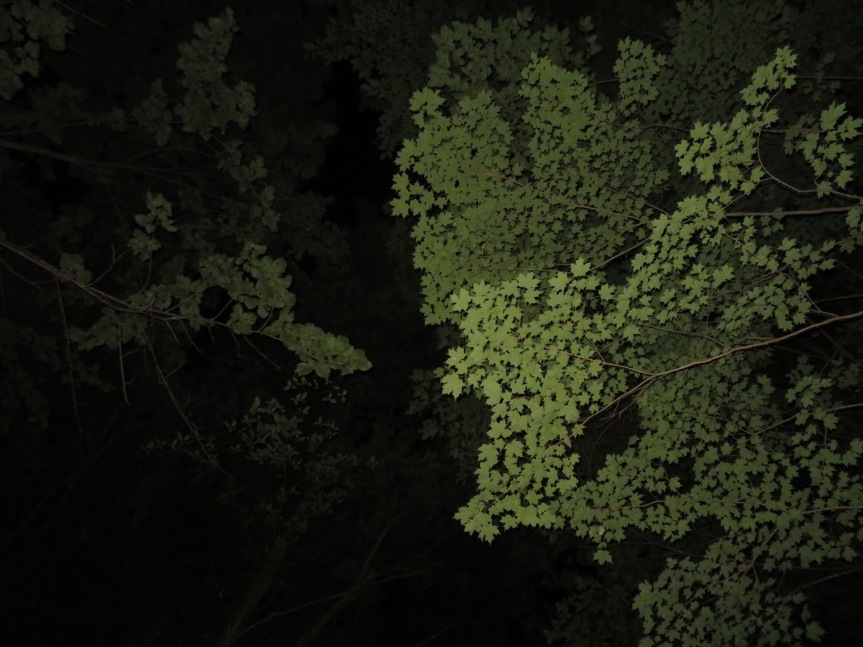