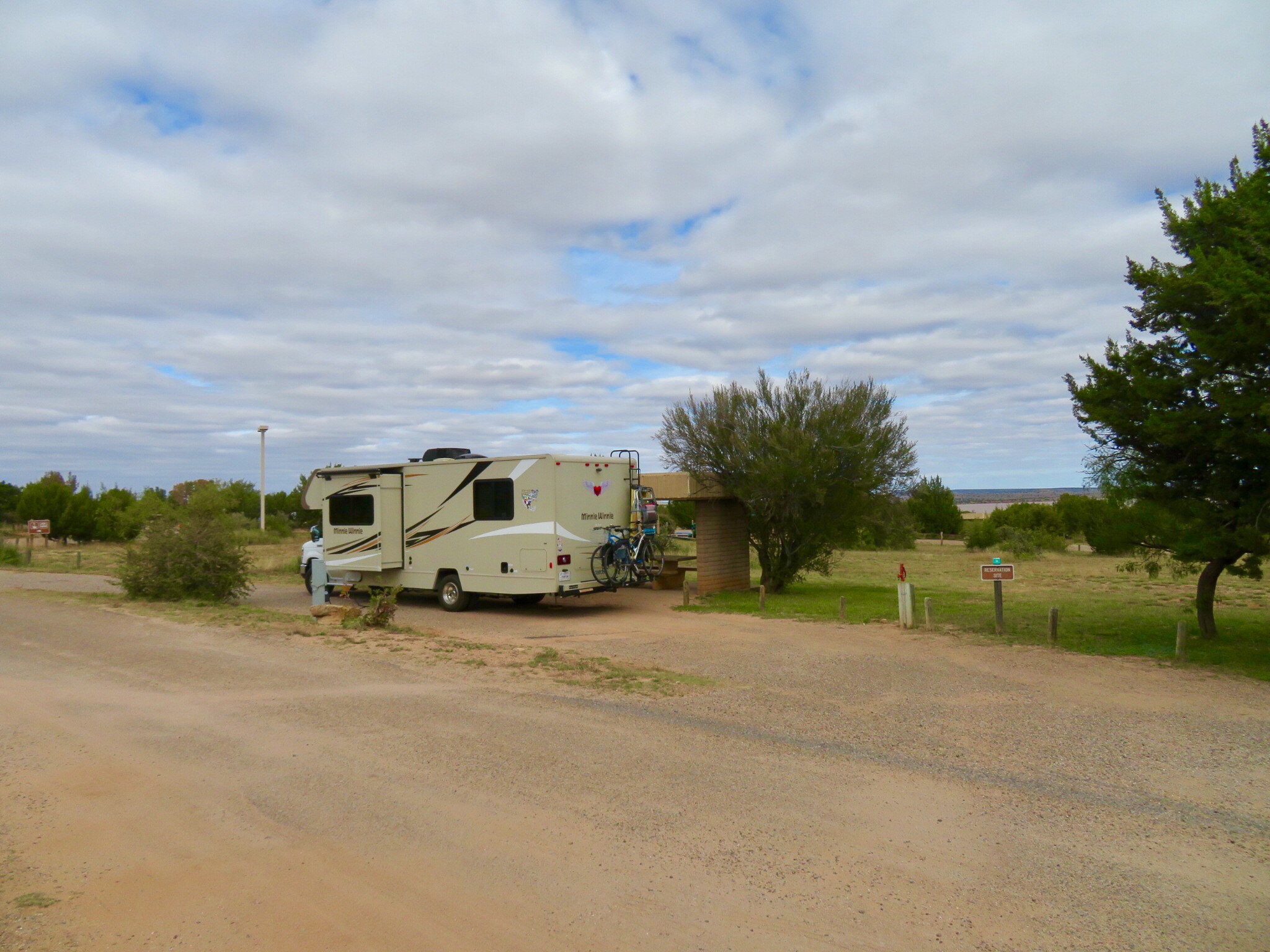 The sound of the wind rippling through the trees woke me at around 4:00 am and after that I had a hard time getting back to sleep. As far as my body was concerned it was really 5:00 since we set the clock back an hour yesterday when we crossed into mountain time. Other rigs around us started pulling out early in the morning but we were going for a short drive today, so we hung out in the warm interior of the coach downloading pictures and looking online for places to stop as we continue on the road to California. 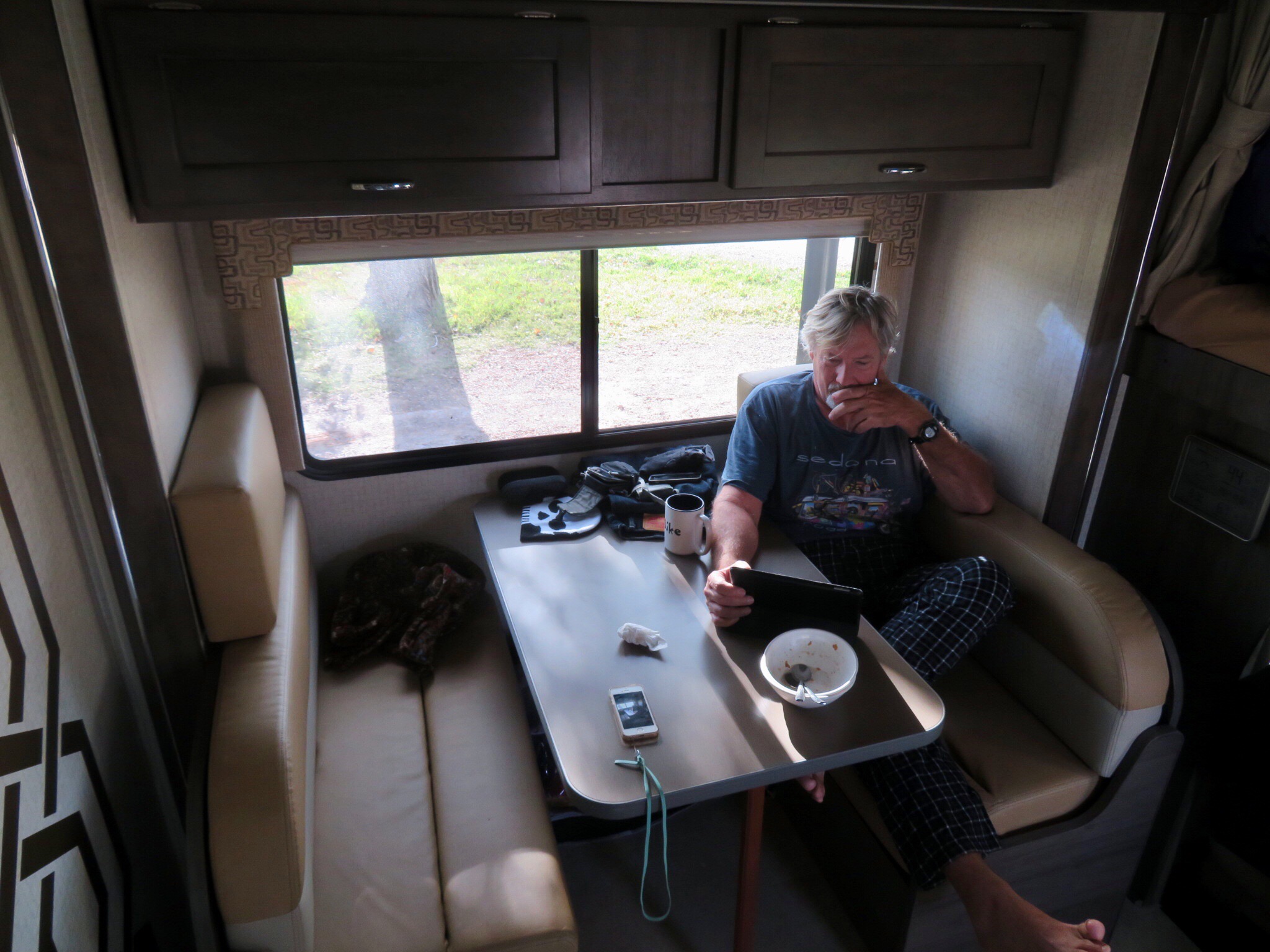 I braved the cold and took a shower in the chilly bath house. Water was nice and hot so I stayed in as long as I could. It wasn’t really so bad getting out, just like changing out of your wetsuit on a cold morning at the harbor. We filled the propane tank on the way out and headed an hour or so down the highway to Santa Rosa. After a quick shop at the food mart for a few needed items, we drove out a lonely road to the Santa Rosa Lake State Park. 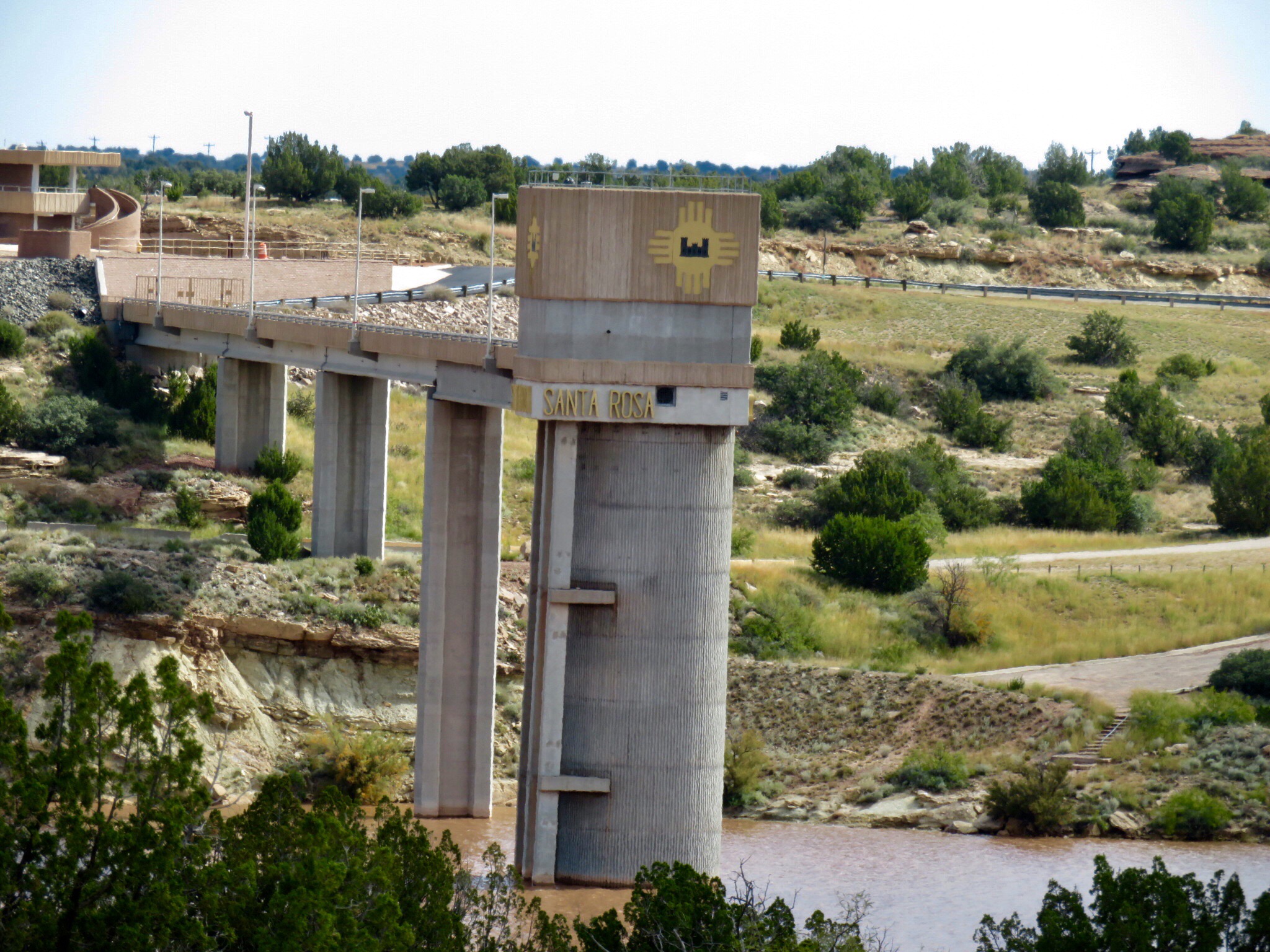 We were anticipating maybe a ghost camp where we would be the only people out in the boonies for a spooky solo night in the high desert. When we arrived at the small area that remained open, there was already a number of campers set up in the nicely spaced well groomed sites. We drove the loop once to get the lay of the land then returned around to lay claim to a cool pull through site with a view of the muddy red lake.

In dire need of some exercise, we immediately locked everything up and took the dogs for a hike down a trail that followed along the shore of the lake. There were a lot of goat head thorns in the brush along the trail, so we made sure to keep the pups on the well worn center of the path. We spooked a herd of deer about halfway down the bluff and they moved faster than I could whip the camera out. We’ve definitely moved from forest to desert over the last couple of days. The cholla cactus are in bloom and the park has some of the longest spiked pancake cactus I’ve ever seen. The lake is a dirty red and the air is frigid. Koda was wanting to get in the water, but we had to put the ixnay on the swim, especially after having a bath the other day. 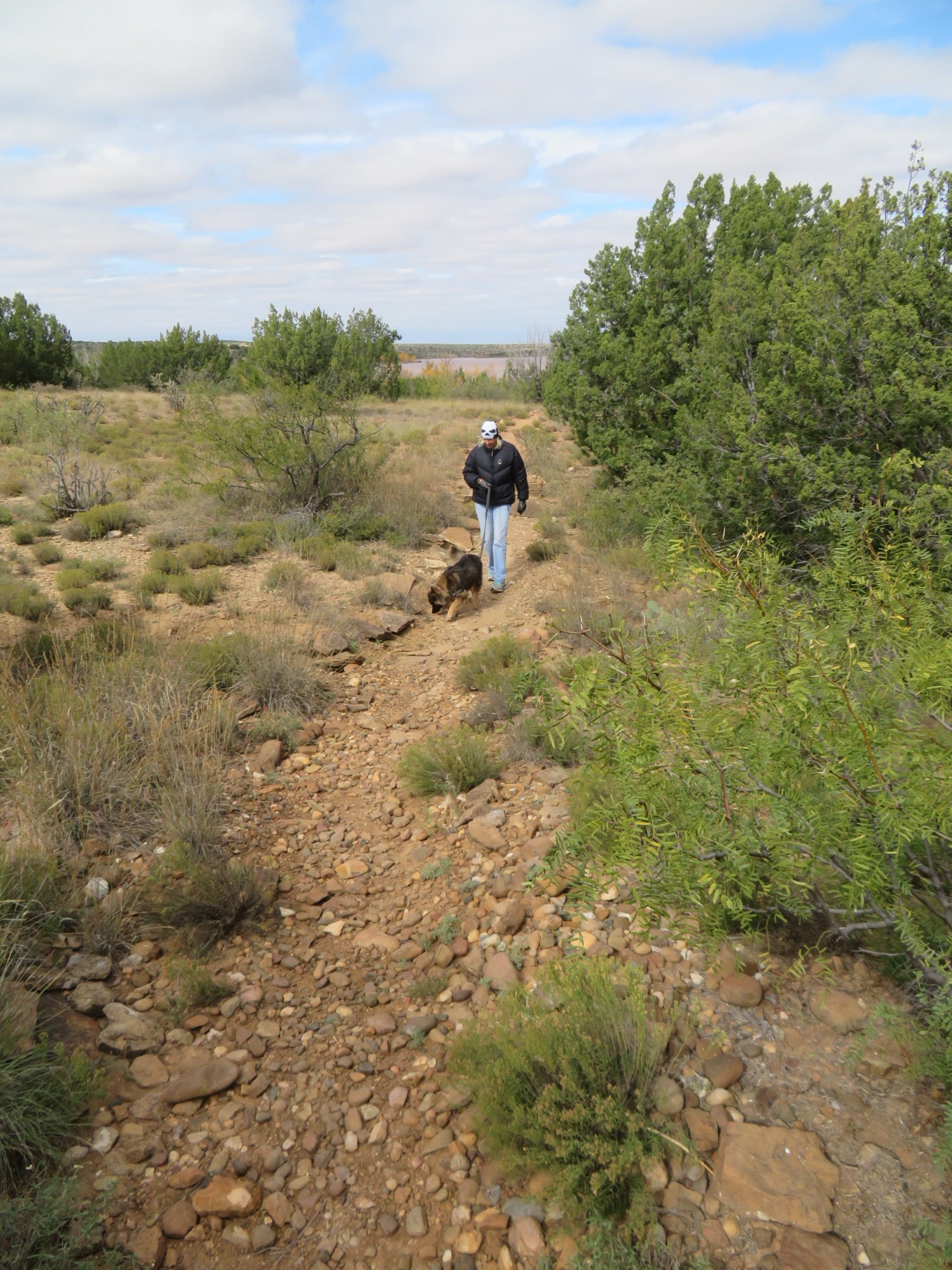 We covered about 3 miles out and back then returned to set up camp. Since it is forecast to freeze tonight, I didn’t hook up the water. We’ll use the tank and set the heaters on the grey and black water tanks same as the other chilly night in Oklahoma. Tomorrow’s supposed to warm up a bit. The camp hosts came walking around as I was messing around outside and we had a long conversation. A young lady and her mom who recently came out from Wisconsin. They are looking to eventually start up a dog rescue ranch somewhere in New Mexico. They had three dogs with them one of which was half fox. That was a new one on me. It had retractable claws on the back paws and the pads were fused. Interesting crew. 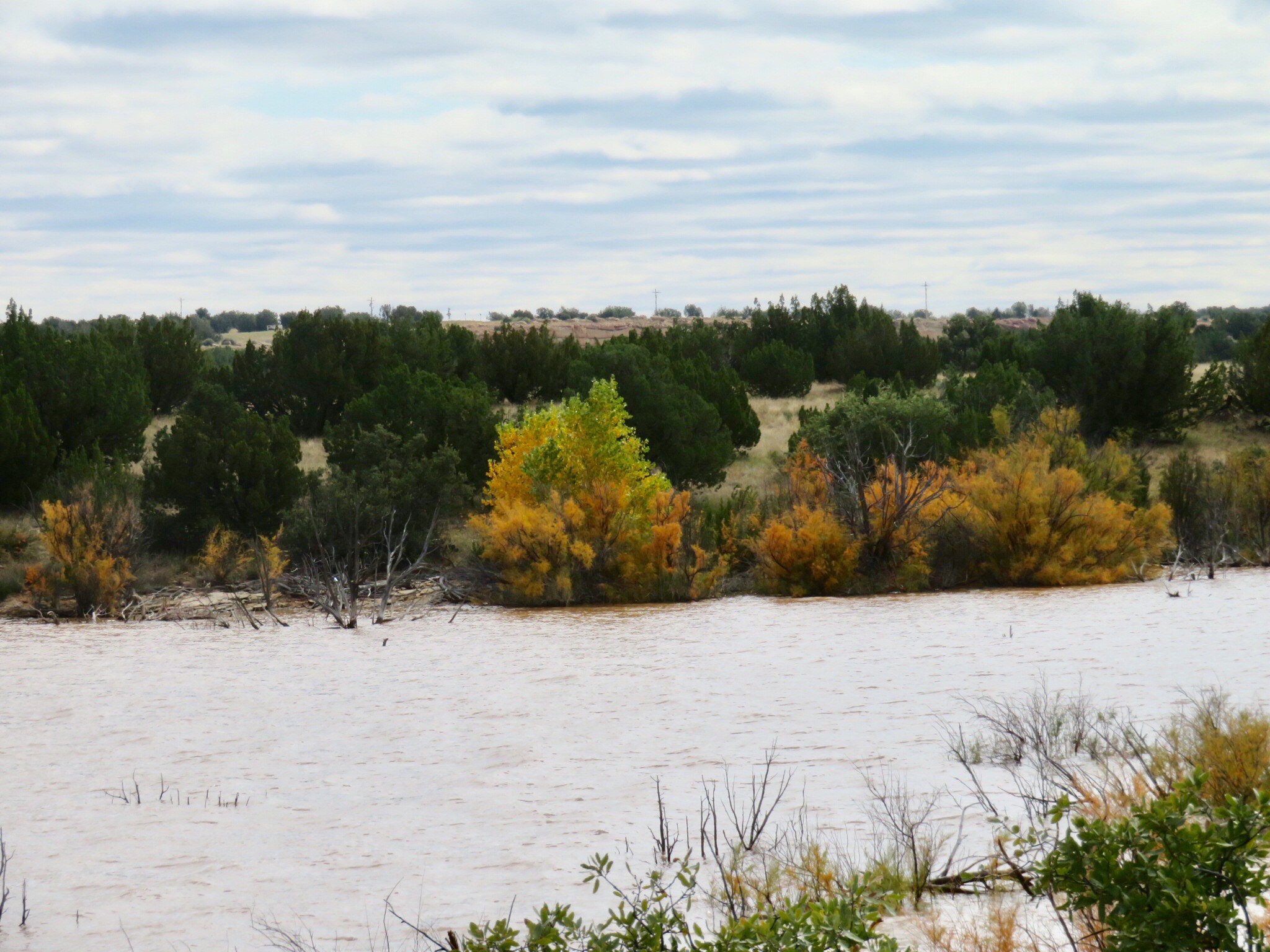 I went inside to warm up and we had an early dinner of mushroom, cheese, spinach and avocado omelets which prompted an afternoon nap. Lots of new arrivals kept showing up as the afternoon wore on. Right before sunset, we hitched up the dogs and went out for another wander around the park. We walked through one of the loops that was closed for the season and then out the main road towards the dam until the cold wind blowing off the water drove us back to the warm interior of the coach. Quiet evening reading and doing yoga. One hour commutes are much more our style. 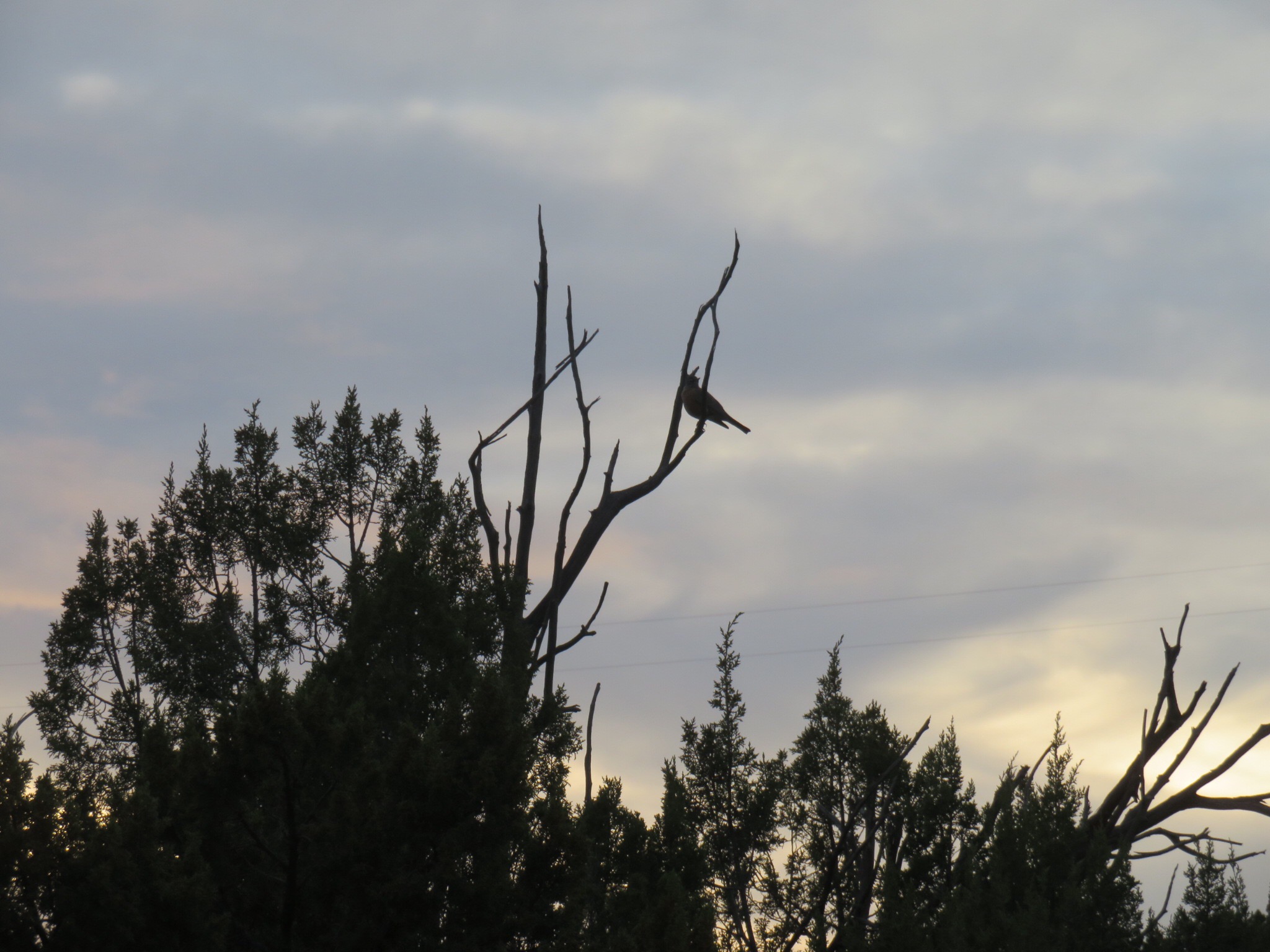