We said our final farewells to Hanna Park and were out on the road a little past noon. A quick stop for a propane fill at the bait & tackle shop then a couple of hours slog down the interstate. About half way into the ride, there was an accident that everyone had to crawl past to get a good gawk in even though it was well off the road by the time we passed it. By 3:30 we were pulling through the kiosk at Blue Spring State Park and getting our camp set up in the trees along the spring. 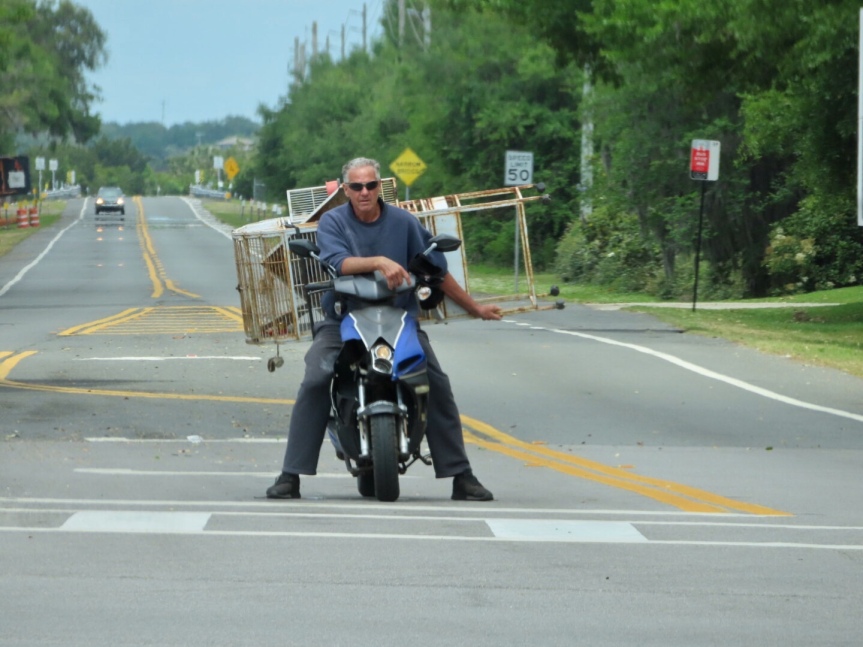 Florida is a lot like Mexico in many ways

After relaxing in the shade on the porch for a while, our curiosity got the best of us and we unchained the bikes and made our way over to the spring. There was a long aluminum platform for getting into the water. It was fresh water and crystal clear. The signs claim that it maintains a fairly constant temperature of 72 degrees year round. That’s why the manatees make it their overwinter hang out when the ocean gets too cold. Unfortunately for us, the sea cows had all moved along over a month ago. On the plus side, when they are not here you are allowed to go swimming in the spring. 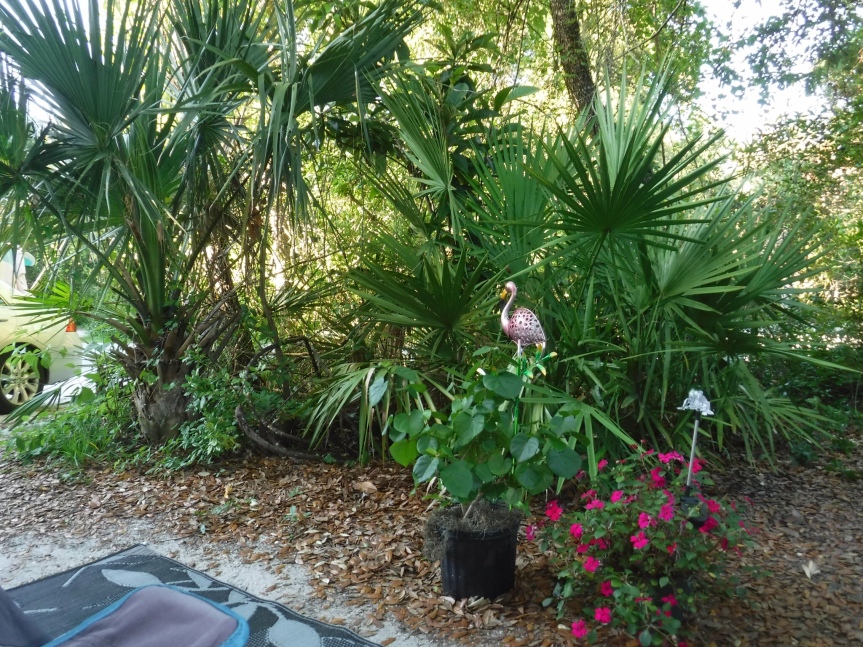 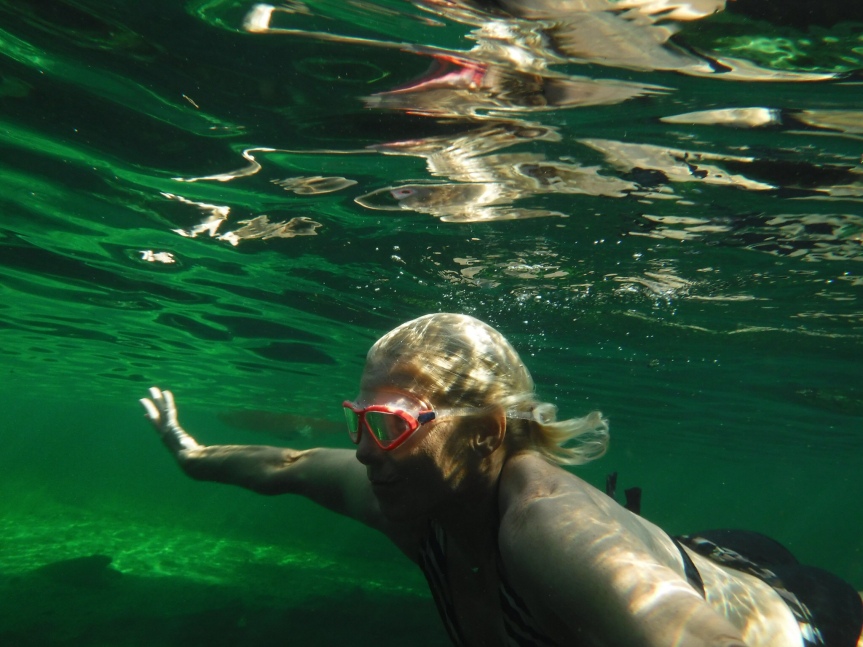 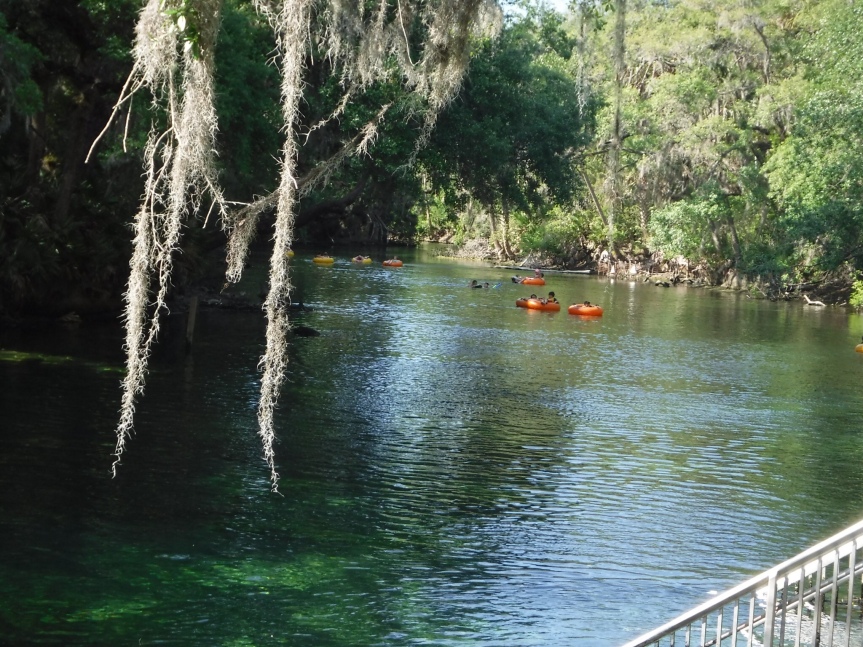 The small river was filled with people floating along on rented inflatable tubes, mostly kids and families. We swam along in the clear water getting refreshed after our drive. We were surprised by the large fish that fearlessly cruised along next to us as we swam. Florida gars with big long snouts. There were signs warning about alligators but no one seemed to give them much heed. We spent about a half hour splashing around the cool water then wandered around on the wooden boardwalks that meandered along the spring. 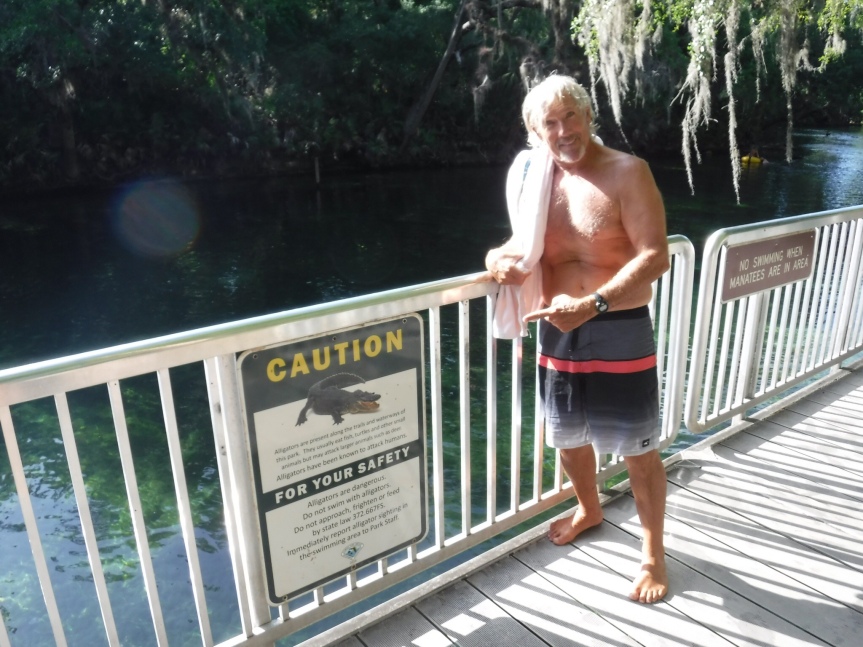 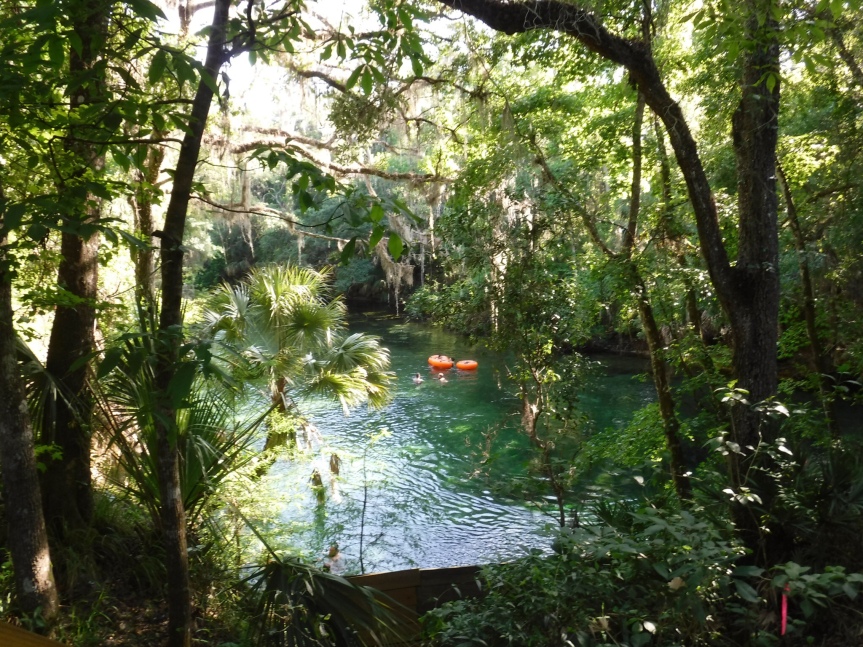 We returned to camp and set up a few things then fixed up some salads and hummus for dinner. Cali isn’t feeling too well and that’s the only thing putting a little damper on our day. We are monitoring her condition and if she gets worse, it might be another visit to the vet. It was a warm night comfortable for sitting out among the trees. PJ put out her laser light projector and created our own constellations in the trees. We relaxed outside until we had one too many bug bites then moved it inside to read and have a quiet end to our day.