We spent a casual morning sitting out under the trees. The other campers on our end packed it in early so we had a lot of elbow room. We played some music and both sang poorly and loudly having a lot of fun. I wrote up a post while sipping some tea before we finally got motivated to close up shop and cross a few state lines.

Traffic was light as we made our way up the two lane highway into Maryland. The GPS took us on a wild ride going down narrow back lanes with overhanging trees. We totally bypassed the boardwalk crowds at Ocean Beach and popped out just a few miles up from our destination in Delaware. 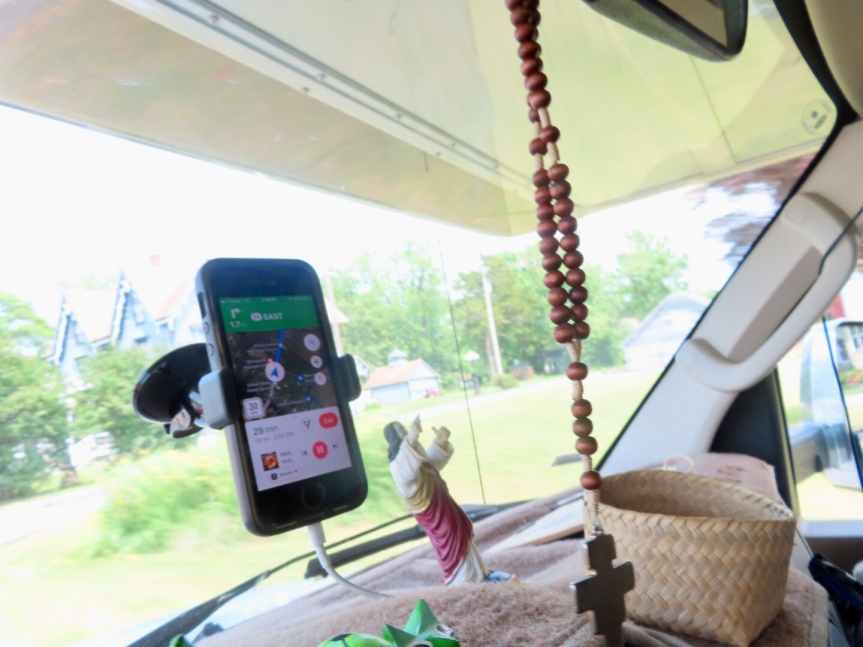 We got the rig set up in Delaware Seashore State Park in the late afternoon then took a walk down the riverfront walkway that fronts the Indian River until it empties into the Atlantic. The fishing crowd was out in force angling from every little outcrop along the jetties. We passed under the bridge and walked out onto the sandy beach. 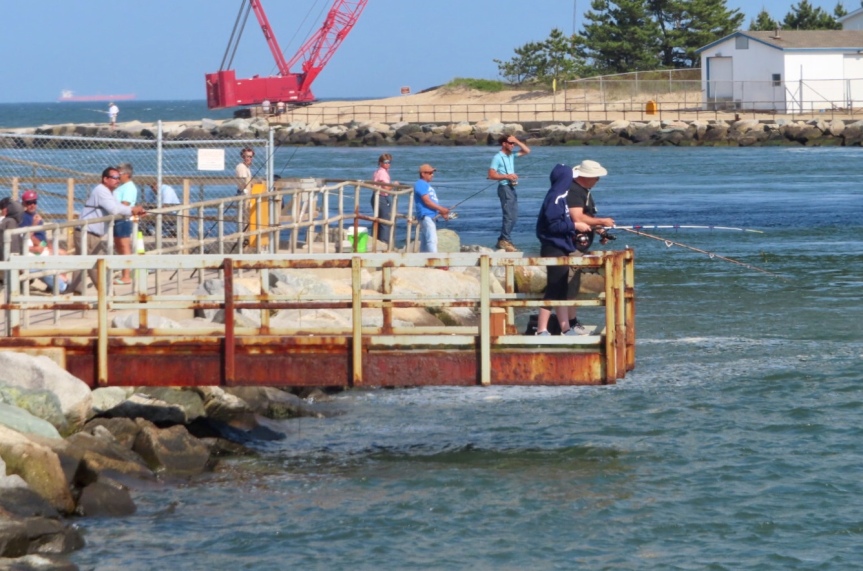 The tide was high making the beach smaller than I remembered. We sat out Hurricane Matthew here back in 2016 for three days waiting for it to clear so we could continue south. It’s a rather bland camping area but it has access to both the beach and a marina area behind the Coast Guard Station that runs along the back of the campground. A few desperate surfers were sitting about ten feet offshore hoping for a rogue set while a skimboarder was sliding down the sand then throwing a big spray as he hit the incoming waves. There really must be a lot of fish here because I’ve never seen so many ospreys in one place. There must have been a dozen fishing along the shore and into the river channel. 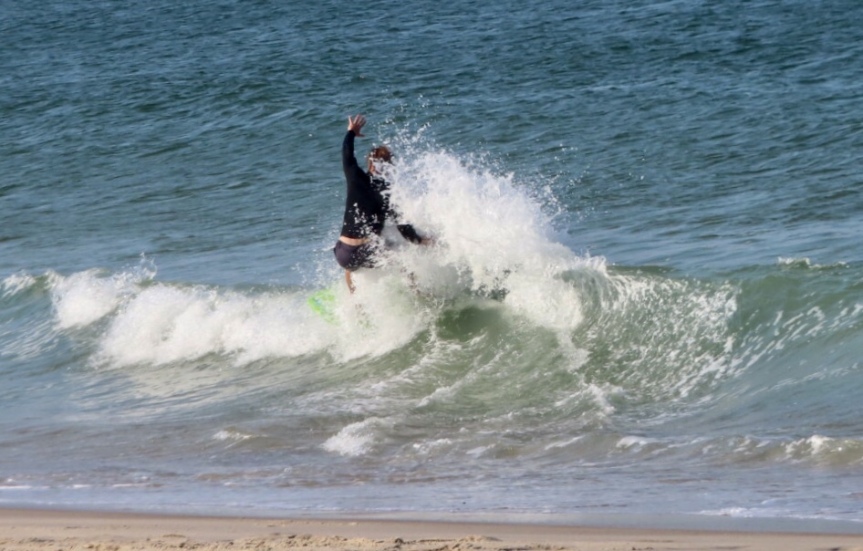 As the sun began to set, the bugs came out in force sending inside for the evening. A lightning show opened up in the northern sky as tornado watches lit up our phones for the area up towards Philadelphia. The electrical storm was nonstop for a few hours bringing an end to another travel day. 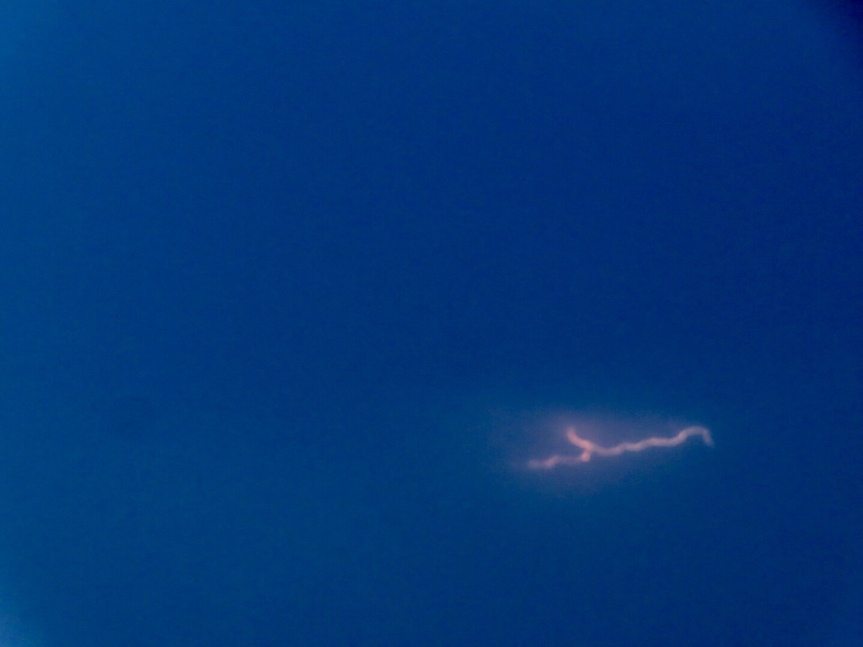