Today was a total rest day around camp. I played Bruno Mars’ The Lazy Song 🎶 and we proceeded to abide by its words. There was hardly a soul stirring in the Depot Travel campground as we lounged in the shade of the large ash tree reading and relishing the peace and quiet. In the afternoon PJ broke out her seashell collection and we spent a few hours getting creative. An Australian couple pulled in next to us in a matching Minnie Winnie. We talked with the husband for a while then they unplugged and moved off to another part of the park. Was it something I said? 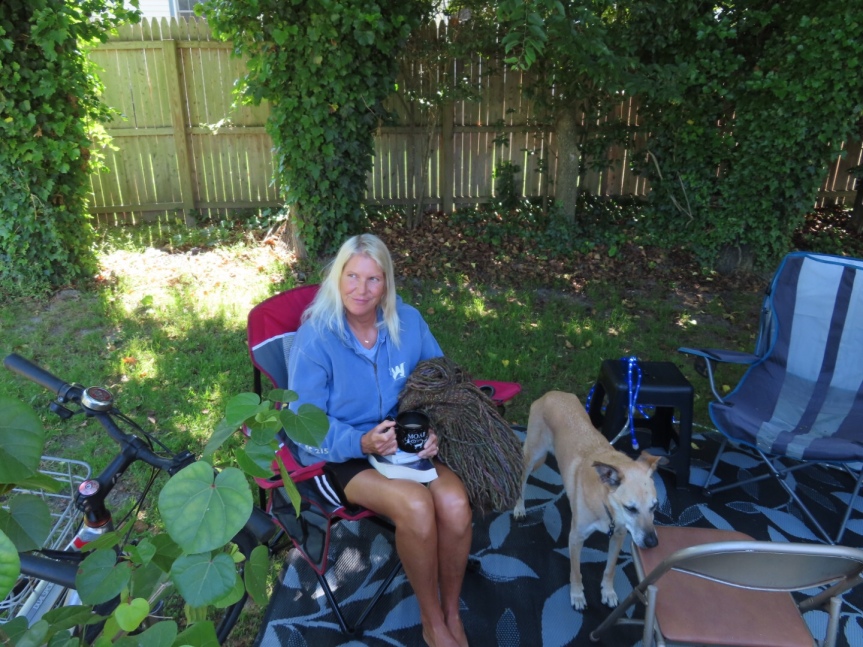 As the shadows grew long we decided to head over to the point and get in a final Cape May sunset. We set up the chairs on the sand by the point at the nature preserve then walked around the water line. The weather had cooled quite a bit and being a weekday, fewer people were out and about. 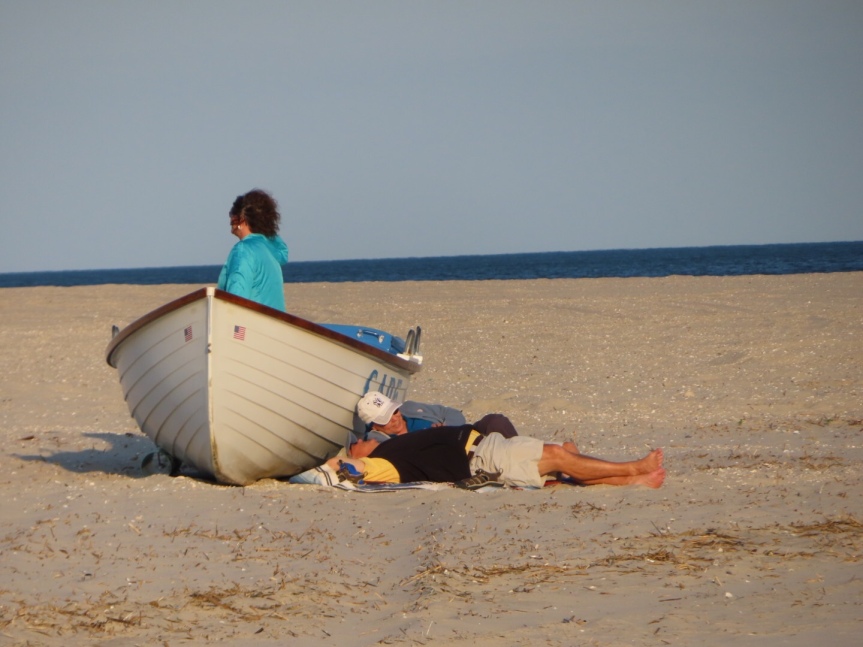 We ended up walking down towards the far point where the lighthouse stands guard for the ship traffic going in and out of the bay. Forsters terns were diving for small fish and hustling them over to the dunes to feed their chicks while oystercatchers casually strolled out from the cordoned off dune area to pick along the shoreline for snacks. The sunset didn’t disappoint as it slowly sank behind the dunes illuminating the lighthouse and painting the sky oranges and pinks. 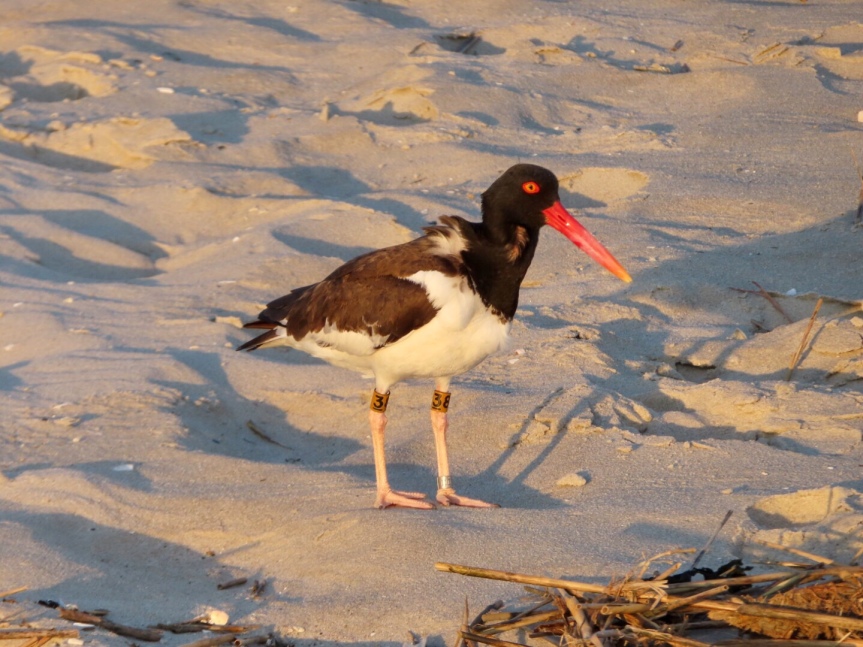 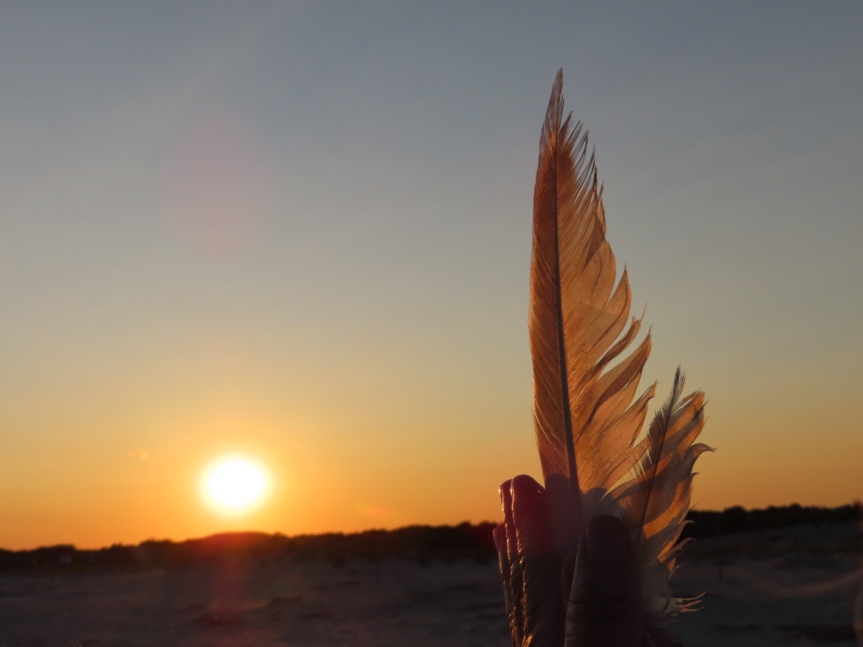 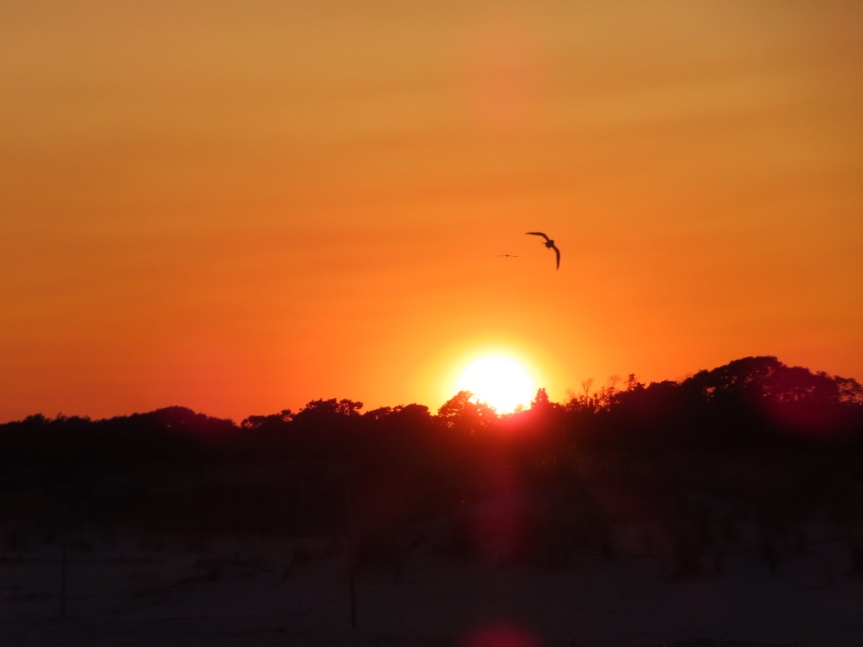