We weren’t in any big hurry to beat feet out of town. We finished loading up the final few items into Wilson in preparation to head up to New Hampshire. It was a beautiful New England summer day so PJ took Carole for a ride out to Rocky Point to have a look at the bay and take in some fresh air. When they returned, we had a final lunch together then steered the RV out onto the open road.

The initial part of the trip was along the freeway going into Massachusetts and taking the route past Gillette Stadium. After a few hours we turned off onto country roads and drove along Rte 25 passing by Squam Lake where they filmed the movie On Golden Pond. A beautiful area with the road rolling right next to the shoreline.

In the late afternoon, we pulled into the driveway at Uncle Clayton and Aunt Norma’s where we received a warm reception from both of them and cousins Chris and Holly. We pulled up some chairs outside and all sat around catching up. Lots of animated conversation and family stories. Norma is PJ’s father’s older sister who was the closest to him of all the siblings. Chris fired up the BBQ and threw on a couple racks of ribs and some fish in parchment paper for PJ. As always with these guys, the food was gourmet and we all gathered around the table to enjoy a hearty dinner. 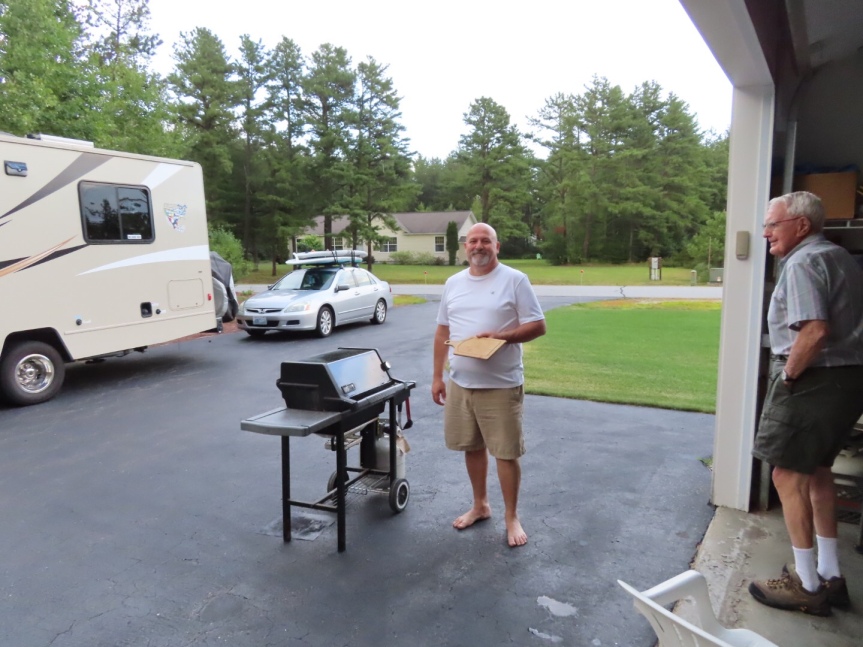 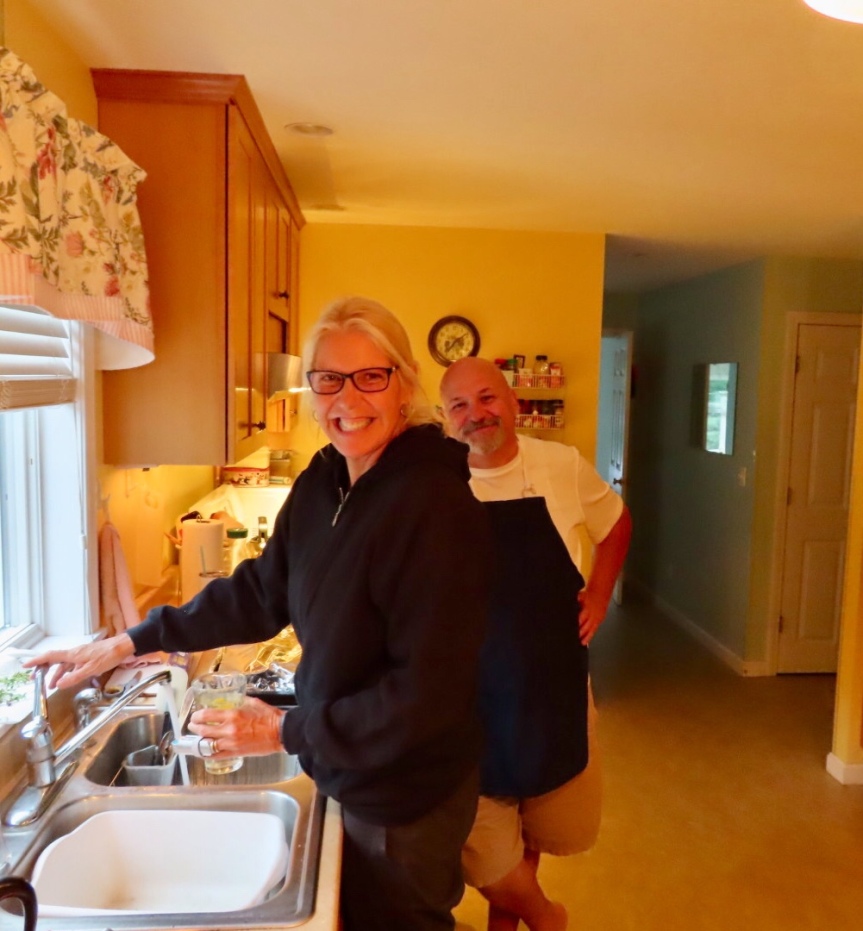 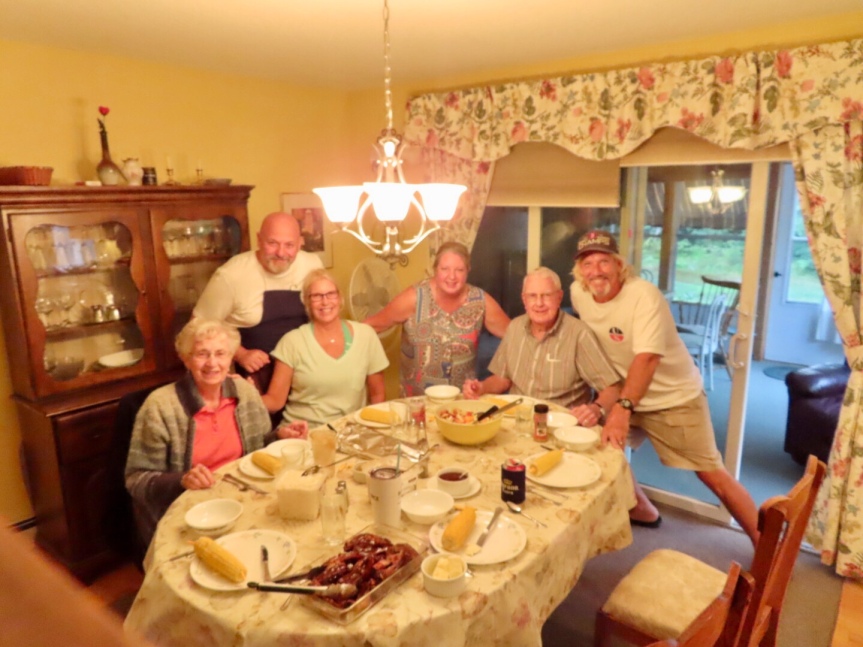 We moved into the living room after dinner and the conversation continued non-stop until we were all tuckered our and ready to catch up on some zzz’s. Chris and Holly stayed the night and PJ and I headed out to the RV to sleep in our comfy bed and keep Cali company. Thanks so much for the hospitality, lively discussion and the tasty vittles. 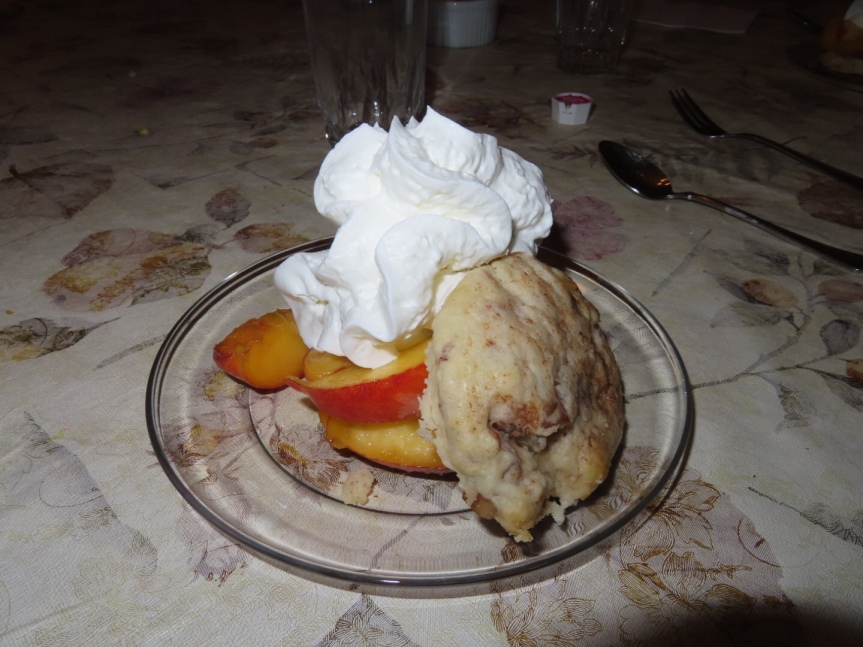 4 thoughts on “On the Road Again”